18 days starving in frozen wilderness, yet he MIRACULOUSLY survives 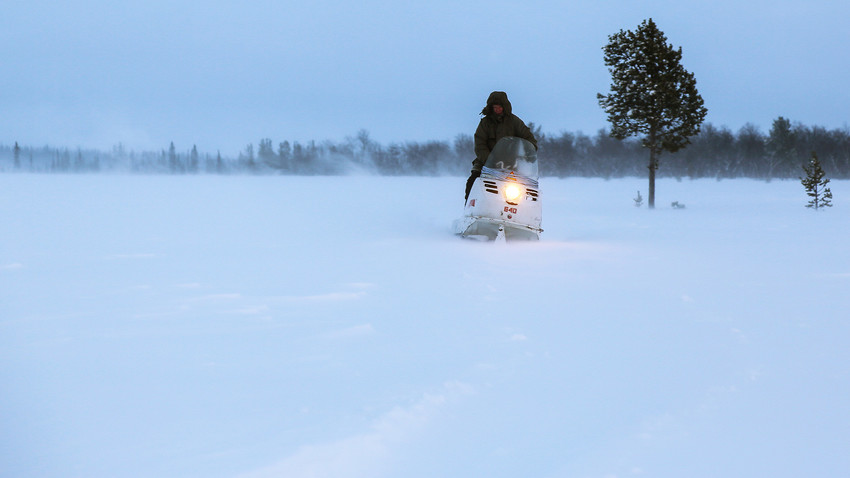 A reindeer herder in the region where another herder Sery had to survive the cold and hunger for 18 days before help arrived.

Pavel Lvov/Sputnik
This reindeer herder has lost 15 kilos in weight before he was rescued.

A young man in thick winter clothes meets his relatives for the first time since the start of 2020. He sighs, lights a cigarette, and inhales. Strangely, there is no excess of feelings on either part.

“The nurse told you to go to a hospital,” a voice behind the camera says.

During the past 18 days, he has been fighting for his life in the freezing tundra.

On Dec. 16, a call to the local emergency service reported a missing person. Reindeer herder Anatoliy Sery had set out on a work-related trip to a base some 40 miles away from his native village of Amguema, a remote location in Chukotka, in the Russian Far East.

Sery had a snowmobile, a dog, and a satellite phone. Before the phone died, he was able to reach out to his family and say he had lost his way in the tundra.

A tundra is a biome where a short growing season and low temperatures hinder the growth of trees. In winter, getting lost in the   hostile terrain is as easy as it is out at sea: it’s uniform and has few landmarks that could help to navigate it. To make things worse, a blizzard was approaching.

Head of the town district Roman Korkishko held an emergency meeting to plan the search and rescue mission. Two search groups of 11 snowmobiles set out to search for Sery.

On the fourth day of the search, the town district had dispatched two additional swamp buggies, but to no avail.

Some 124 miles away from the final destination of the presumed route that the missing man should have taken to the neighboring village of Ryrkaipiy, Sery finally stumbled upon a tiny dilapidated fishing house erected right on the frozen river.

To a man who has spent days lost in the freezing tundra without  adequate amounts of food or water -except in the form of snow - the uninhabited fishing house provided a minor solace.

“His satellite phone died and he didn’t have a GPS device. Initially, he was simply waiting [for help]. Then he attempted to find a way out, but turned in the wrong direction. When the snowmobile ran out of gas, he spent several nights sleeping in the snow nearby. Anatoly had a small supply of food with him, and managed to stretch it to four days,” said Evgenia Malakhova, a town employee familiar with the details of the search and rescue mission.

When the vehicle had died, Sery had leashed his dog to the snowmobile and went on foot.

The shabby fishing house had no food or water reserves in it, but it provided the lost man a roof overhead and walls to hide from the blizzard. Most importantly, the house had a small furnace. Sery fed the furnace with anything he could find in the house to keep the fire burning.

This saved the man’s life as the temperature outside had by then fallen to a freezing –30C (–22F).

The dog was discovered first. It diligently waited right where Sery had left it, leashed to the dead snowmobile. The dog was evacuated by helicopter. Soon enough, the rescue team located the fishing house and discovered the starving reindeer herder inside. 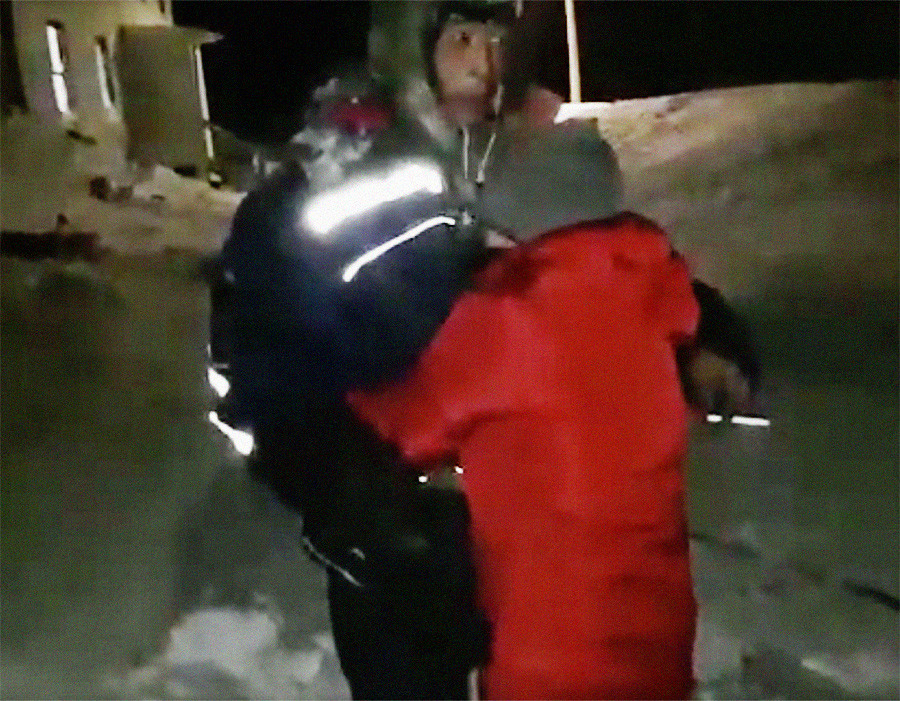 Anatoliy Sery, the reindeer herder, finally returns home after being missing for 18 days.

Shockingly, although the man had lost 15 kilos (33 pounds) in 18 days because of malnourishment, medical workers deemed his condition to be satisfactory enough to allow him to go home, bypassing hospitalization..

“It’s okay, he only lost 15 kilos. But he is cheerful and happy to be rescued. He’ll be on medical leave for some time,” said Malakhova.

The video of the long-awaited return indeed shows a composed man. He drags on his cigarette, hugs a woman, and says in a slightly irritated manner: “Haven’t eaten in 15 days.”