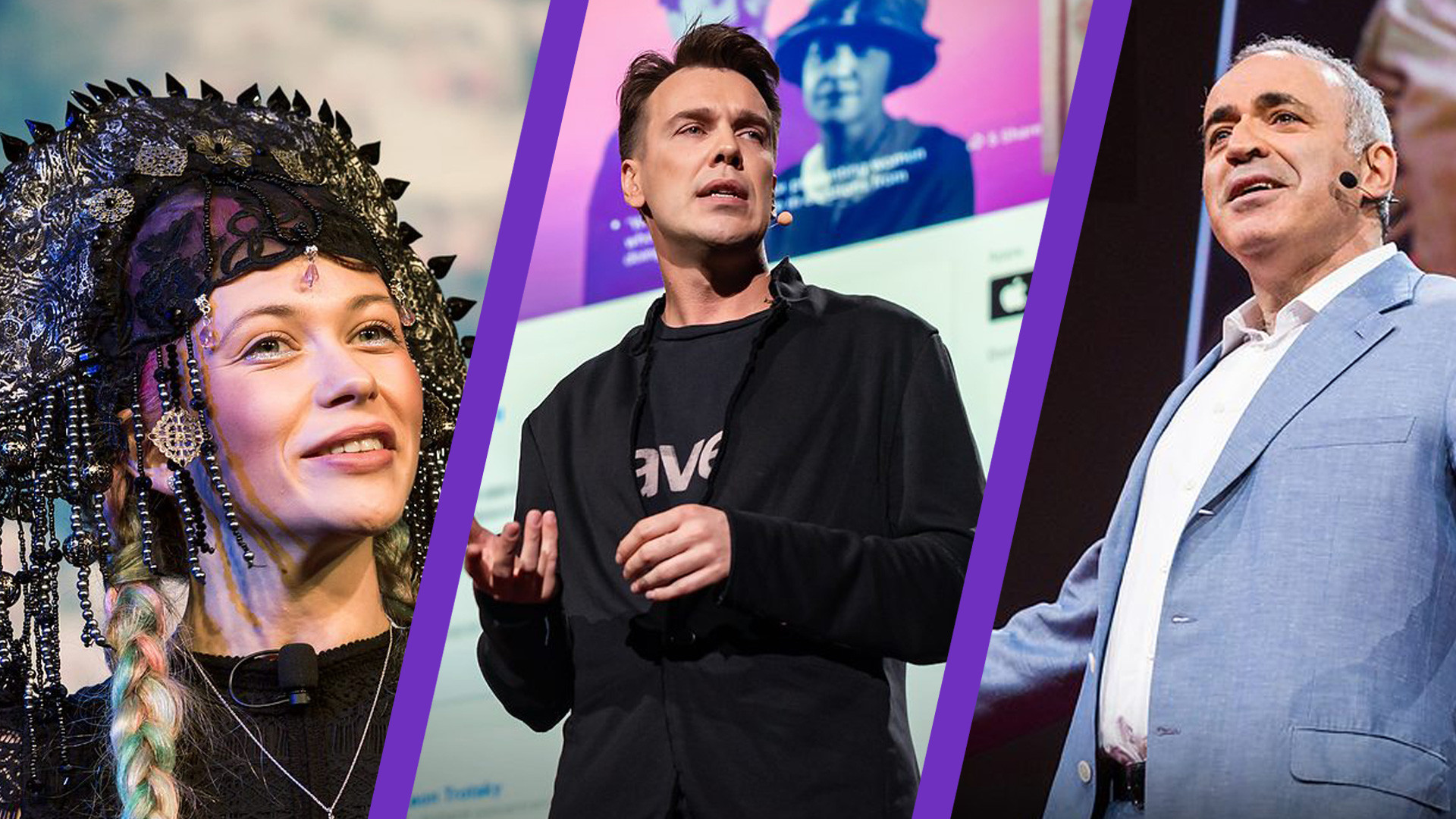 TED + https://www.ted.com
Russian speakers give history a modern facelift, highlight the need to work with AI, and explain why we all need a pet drone.

1. Mikhail Zygar — What the Russian Revolution would have looked like on social media

Russian writer and journalist Mikhail Zygar wondered how things might have turned out had the Internet existed a century ago. To get a better understanding, he set up Project1917.com — “a social network for dead people.” The posts there are excerpts from the diaries and letters of more than 3,000 people who lived at the time of the 1917 revolution in Russia. Through the project, Zygar shows how looking at history anew can help build a better future, and why history is “just a rehearsal of what’s happening right now.”

Cosmonaut Elena Serova became the fourth female astronaut in Soviet/Russian history. In 2014, she flew to the International Space Station (ISS), where she spent 167 days. From her heavenly vantage point, Serova explained what astronauts do the day before lift-off, how they spend their free time, and how it feels to watch the sun rise and set aboard the ISS several times a day.

Uldus Bakhtiozina, a photo artist from St Petersburg, began her career in 2008 with a series of sarcastic self-portraits ridiculing common stereotypes about her homeland — that all Russians love vodka, sell arms, and dream of emigrating. At TED, Bakhtiozina presented her Desperate Romantics project, depicting the real problems of ordinary Russian folk and showing how irony can knock down stereotypes and help realize the dream.

4. Sergey Lupashin — A flying camera … on a leash

Drones have a bad reputation, asserts aerial robotics researcher Sergey Lupashin. They can suddenly spin out of control and fall on the head of an unsuspecting pedestrian, their owners can end up accused of spying, and numerous laws regulate where they can and cannot fly.

To resolve these issues, Lupashin proposes to tether drones. In his talk, he shows how that might look and what the benefits would be.

Arguably the greatest chess player of all time, Garry Kasparov recalls how he felt when in 1997 he famously lost to IBM’s Deep Blue. Kasparov shares his vision of the future, in which "every profession will have to feel these pressures or else it will mean humanity has ceased to make progress."

"There’s one thing only a human can do. That's dream. So let us dream big," says Kasparov.