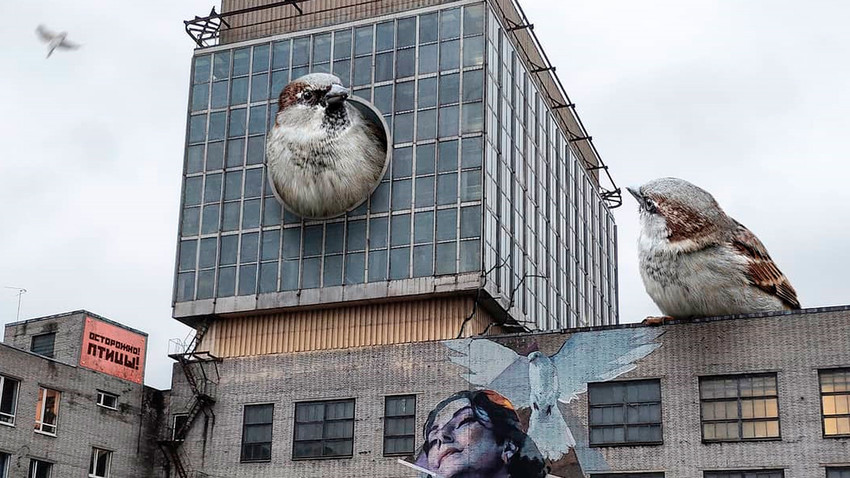 A futuristic patrol station is floating above a bleak apartment complex in St. Petersburg; the menacing looking machine is decorated with a cheerful image of a Soviet cartoon character. No, this is not a scene from a new Russian dystopian blockbuster. It’s artwork by a creative artist from the city.

[You say there is no New Year's mood in St. Petersburg. Look at the cartoon they graffitied right onto the patrol station. It immediately makes the environment more cheerful.]

Vadim Solovyev, an advertisement specialist from St. Petersburg, is gaining popularity as an independent part-time artist that has brought the cyberpunk genre to the streets of Russia’s northern capital. 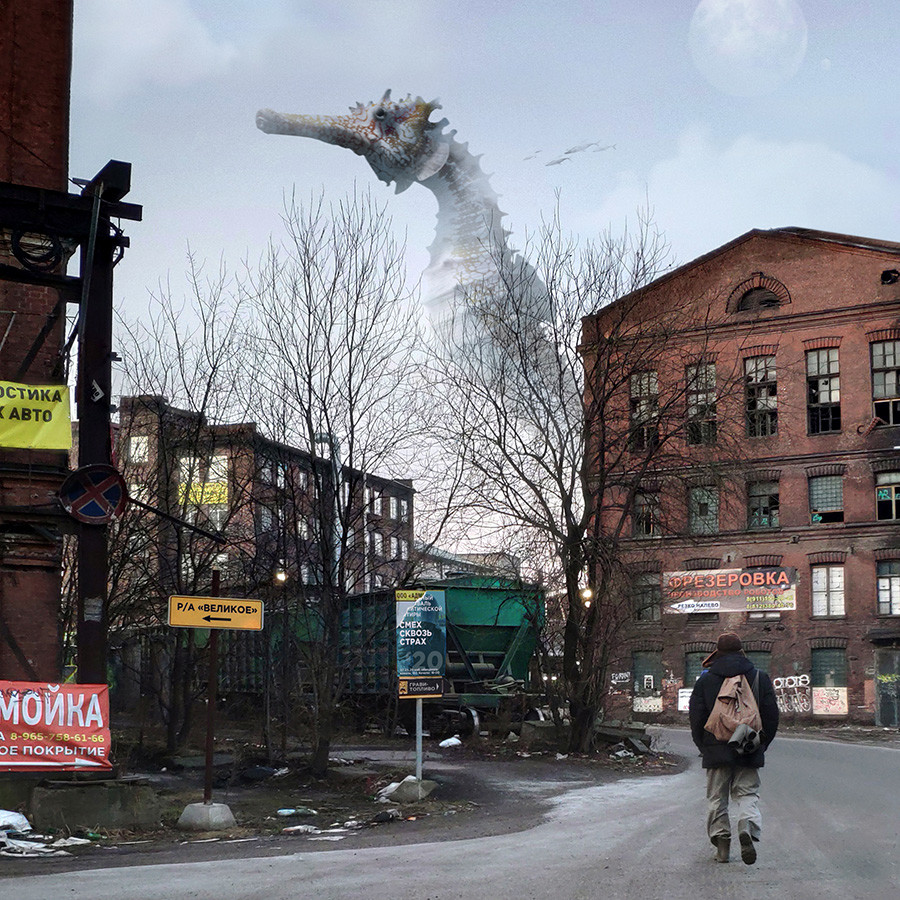 He populates the grim, rainy city landscapes with fantastic beasts, giant insects and birds. Yet a new wave of popularity on Instagram caught Solovyev when he posted a series of videos (as opposed to static photos) depicting St. Petersburg as nobody has ever seen before.

Unearthly robots and cyborgs come in extreme contrast with the mundane views of St. Petersburg, creating a unique dystopian and cyberpunk-like environment.

[Now look at that. It throws garbage bags into the trash can right next to the entrance. Electric bastard!]

In his description for the above video, he writes: “As the saying goes: ‘Robots resemble their owners’. Just like the neighbor from the ground floor who always throws garbage bags into the trash can right next to the entrance, so too does his robot cleaner, who cannot be bothered to fly to the containers in the yard. Rotten act! Robot-o-rotten!”

The artist also raises awareness about the problem of the exploitation of animals.

“I hate it when animals are exploited to make money on tourists. And, if this giant, genetically modified lizard can at least devour its exploiter, then other animals do not always have this opportunity. I do not encourage such entertainment. Freedom for giant lizards!” says the above Instagram post.

[Look at this pretty boy. He’s melting snow on the grill. Well done. Robots were well prepared for winter.]

“There are two types of my posts: one part of my artwork was inspired by actual problems in the city, in the real world; the other part is my attempts to visually and emotionally reimagine reality,” says the artist. 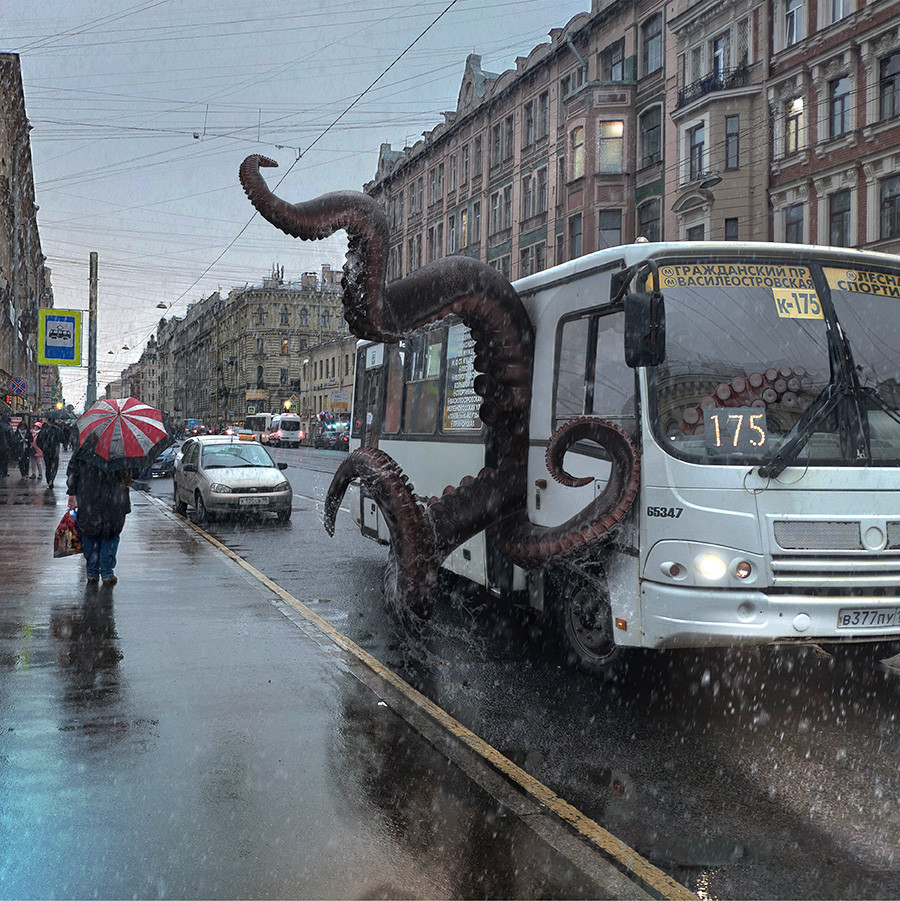 Although Solovyev acknowledges that his videos attract more attention than photos, he has no plans to switch to full video production. “I very much enjoy creating static graphic artwork. I’ll keep making videos, but it’s not likely I’ll make a full switch,” he says. 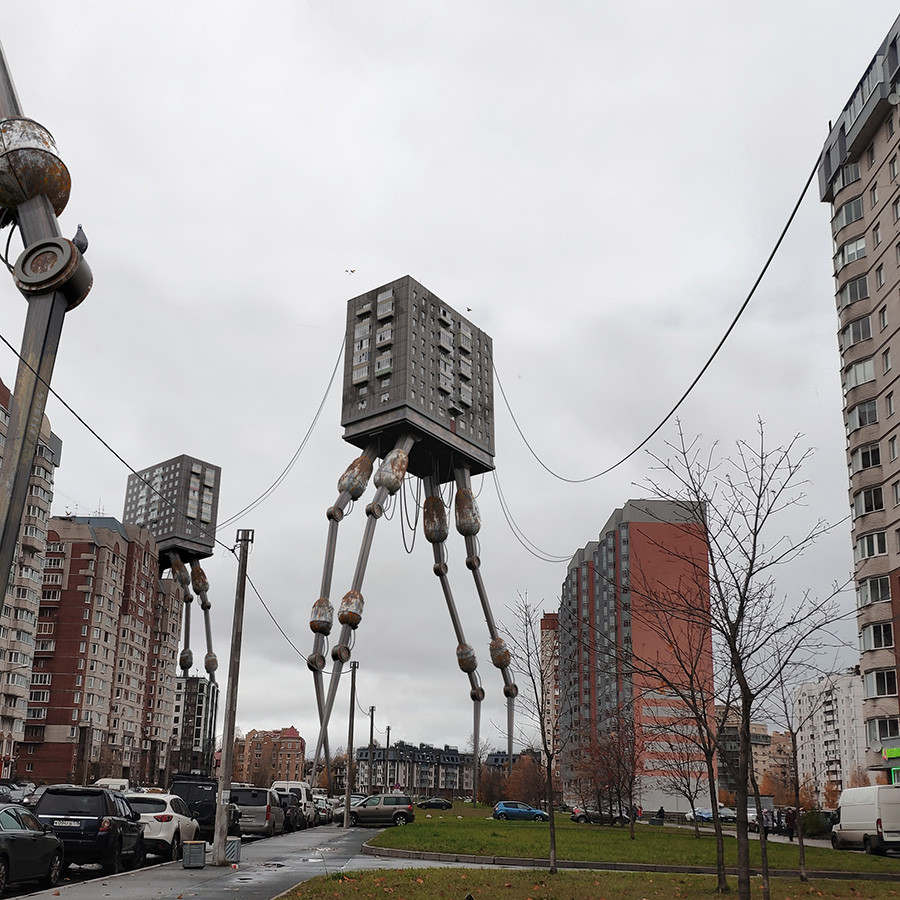 Although the artist has received a few commercial offers, he has not accepted them, as he believes “it’s too early for that”. Without any precise plan for the future of his art, Solovyev just does what he likes best. 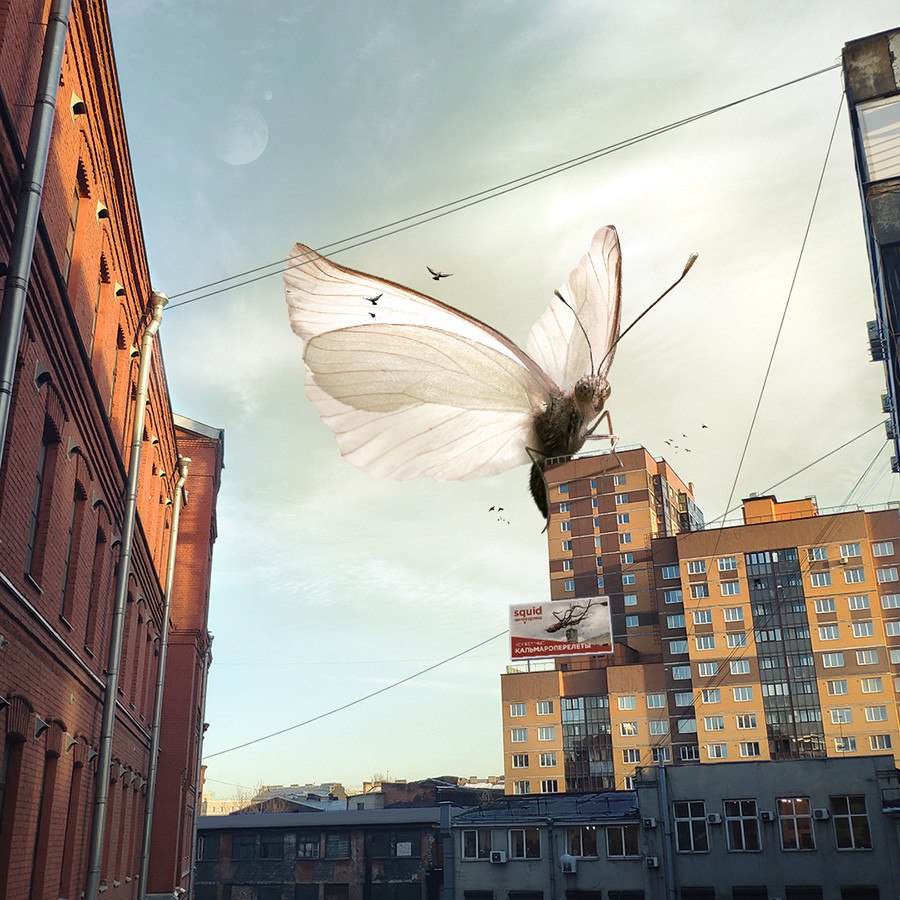