How does Russia deal with the coronavirus? 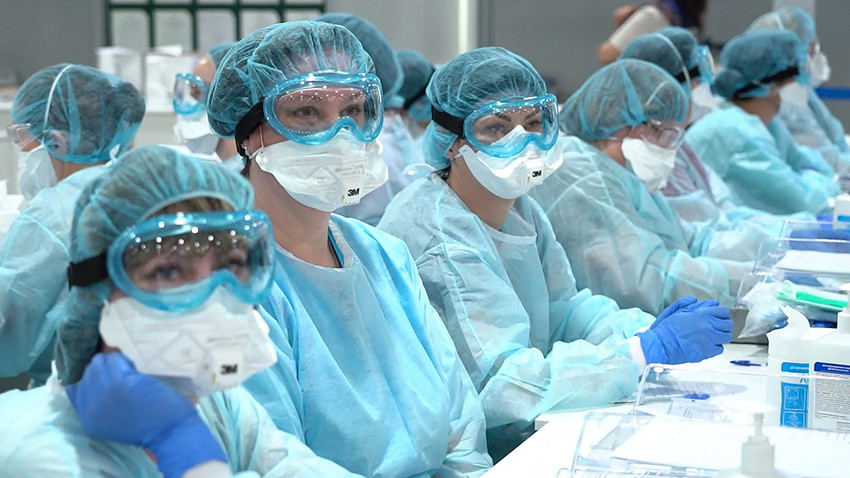 Moscow Health Department/TASS
The country has drastically reduced air traffic with Europe and Asia, and tourists returning to Russia are told to stay home in quarantine.

The WHO has declared the coronavirus outbreak a pandemic. Currently, there are over 127,000 infected people worldwide, and this number is growing. What measures are being taken in Russia to stop the spread of the virus?

How many people are infected in Russia? 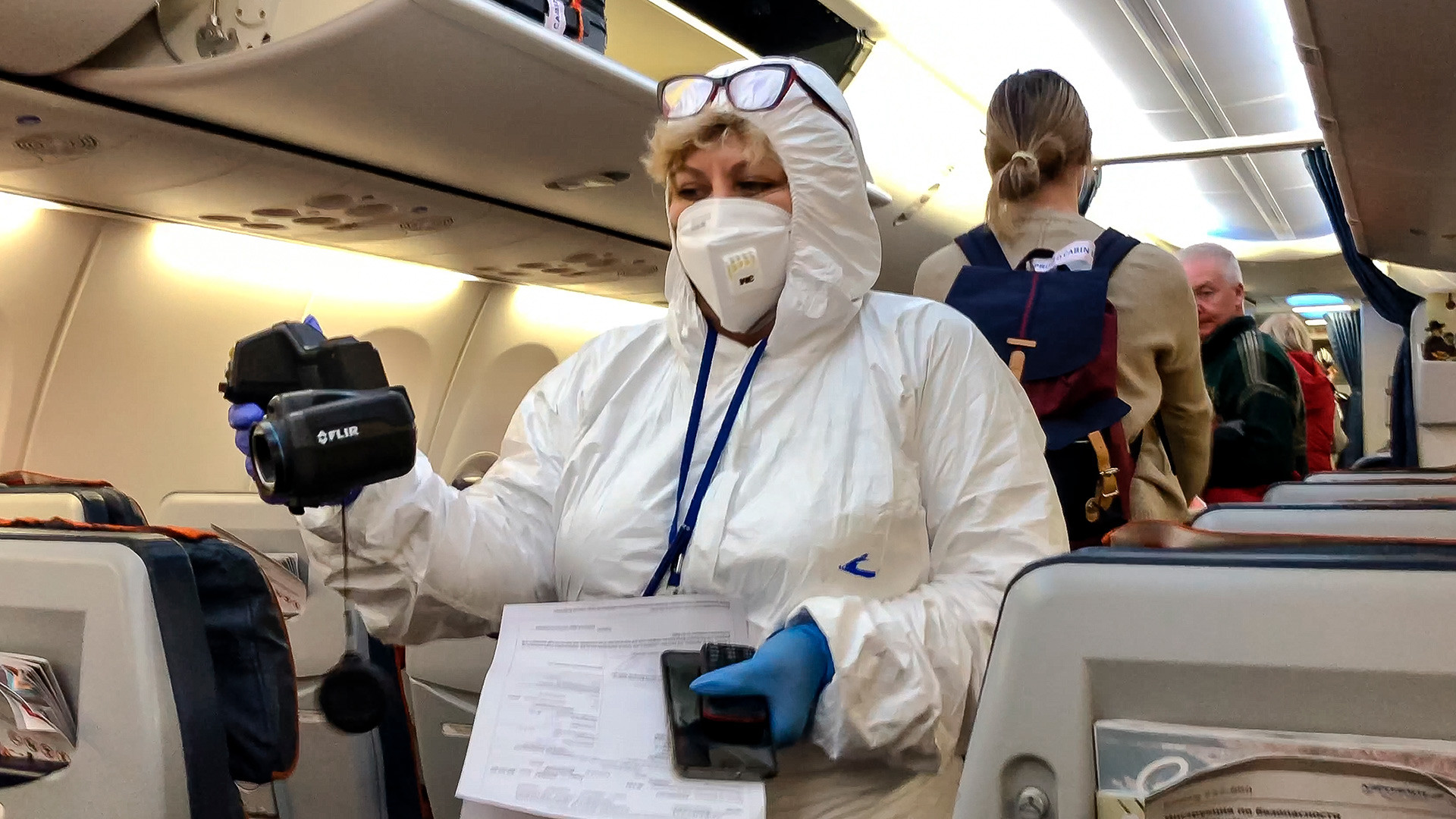 According to official data, 34 cases of coronavirus have been registered in Russia as of March 12: half in Moscow, others in Kazan, Nizhny Novgorod, Kaliningrad, Lipetsk and Belgorod regions). These include two Chinese citizens and one Italian. So far, three people have already recovered (and no fatalities), but more than 5,000 people are under close watch in Moscow alone. These are Russians who had visited countries affected by the virus, as well as those who subsequently had contact with them upon their return.

Russian Prime Minister Mikhail Mishustin said on March 12, "the threat of infection spreading in our country is minimized," due to timely measures taken.

Not a good time for vacation abroad 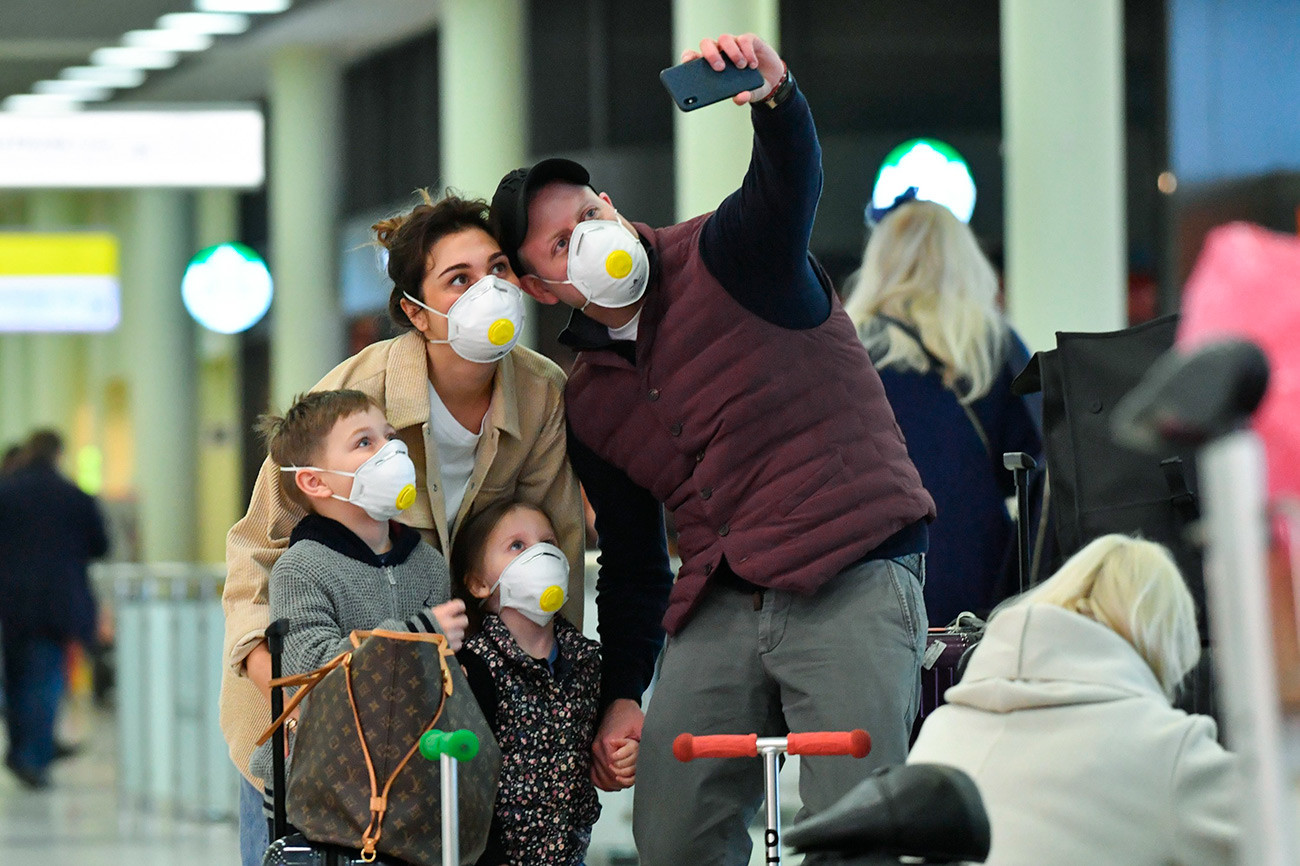 Russia was one of the first countries in the world to restrict regular flights to China. In February, Russians began to be evacuated on special flights from Wuhan and other cities in China.

The number of flights to China, South Korea and Iran has decreased drastically: Aeroflot's schedule includes daily flights only to Beijing, Shanghai and Seoul, as well as weekly flights to Tehran. Other airlines temporarily suspended flights to these countries. From March 13, restrictions have been imposed on flights to Germany, Italy, Spain and France, except for Rome, Berlin, Munich, Frankfurt, Paris, Madrid, and Barcelona. Flights to these cities will only be from Sheremetyevo Airport’s Terminal F. 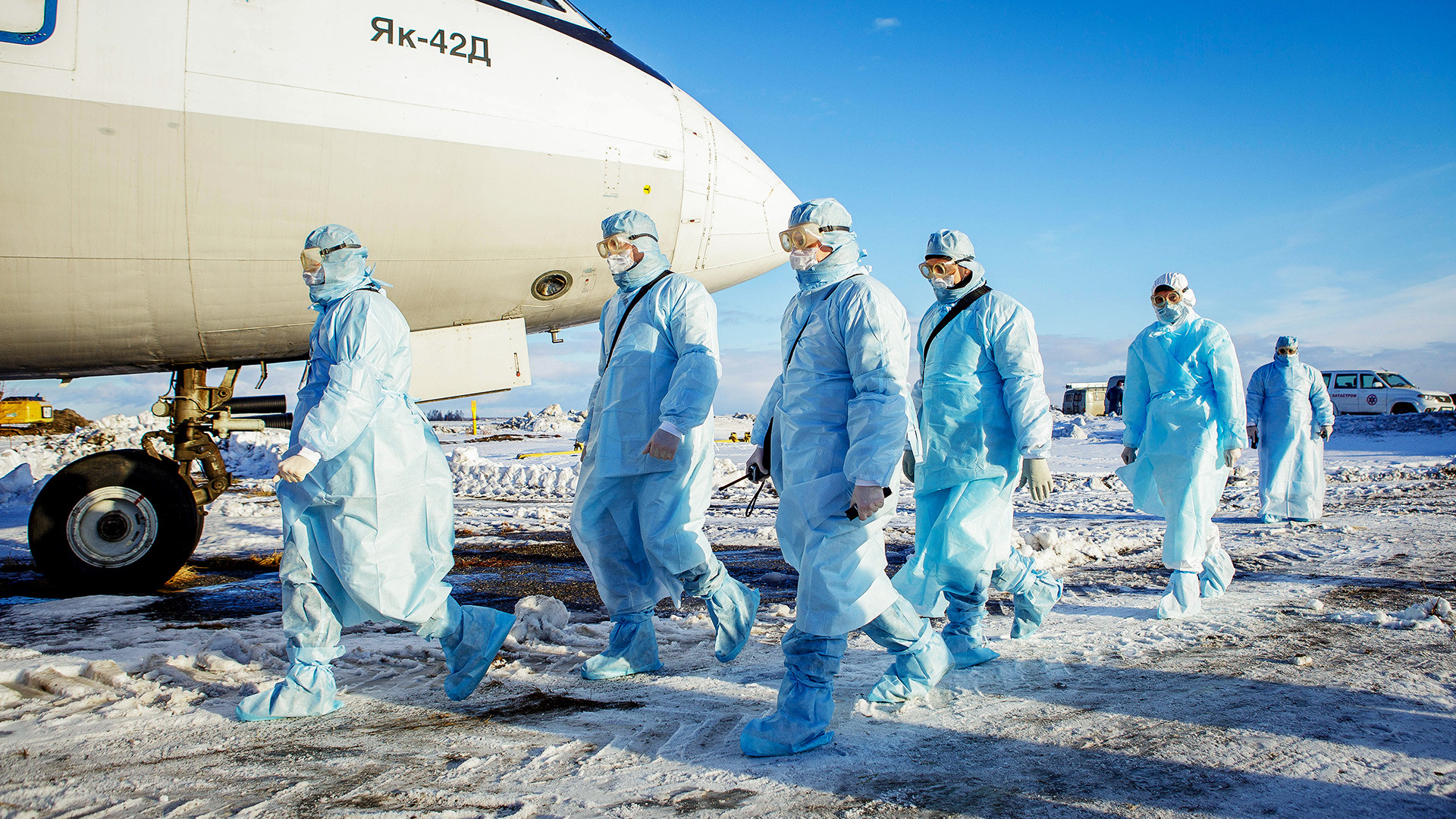 Training for the evacuation of passengers with suspected coronavirus, Chelyabinsk airport, Feb. 5, 2020.

Russian air carriers announced that in the coming days they will charter flights to transport foreign citizens now in Russia, as well as Russians currently abroad, to their respective homelands. Regular tickets can be exchanged for other dates and destinations. 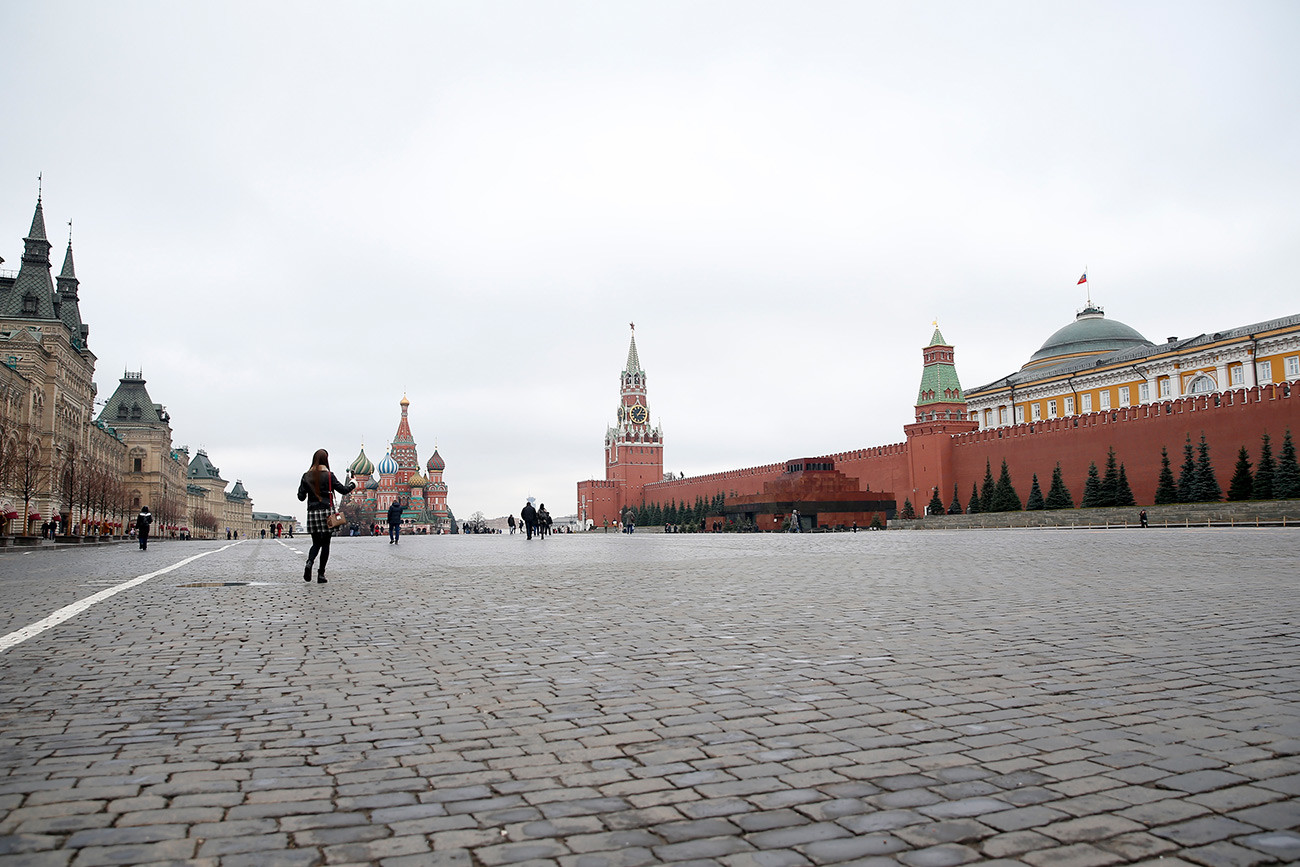 Inbound tourism in Russia is also facing a crisis. Since March 13, Russia has stopped issuing tourist visas to Italian citizens. Earlier, it ceased tourist visa issuance to China and Iran.

Future tourists are also staying home. According to the Association of Russian Tour Operators, the cost of canceled tours from March to May amounted to more than 500 million rubles (about $7 million), and foreigners, in fact, have stopped booking tours to Russia for the summer. 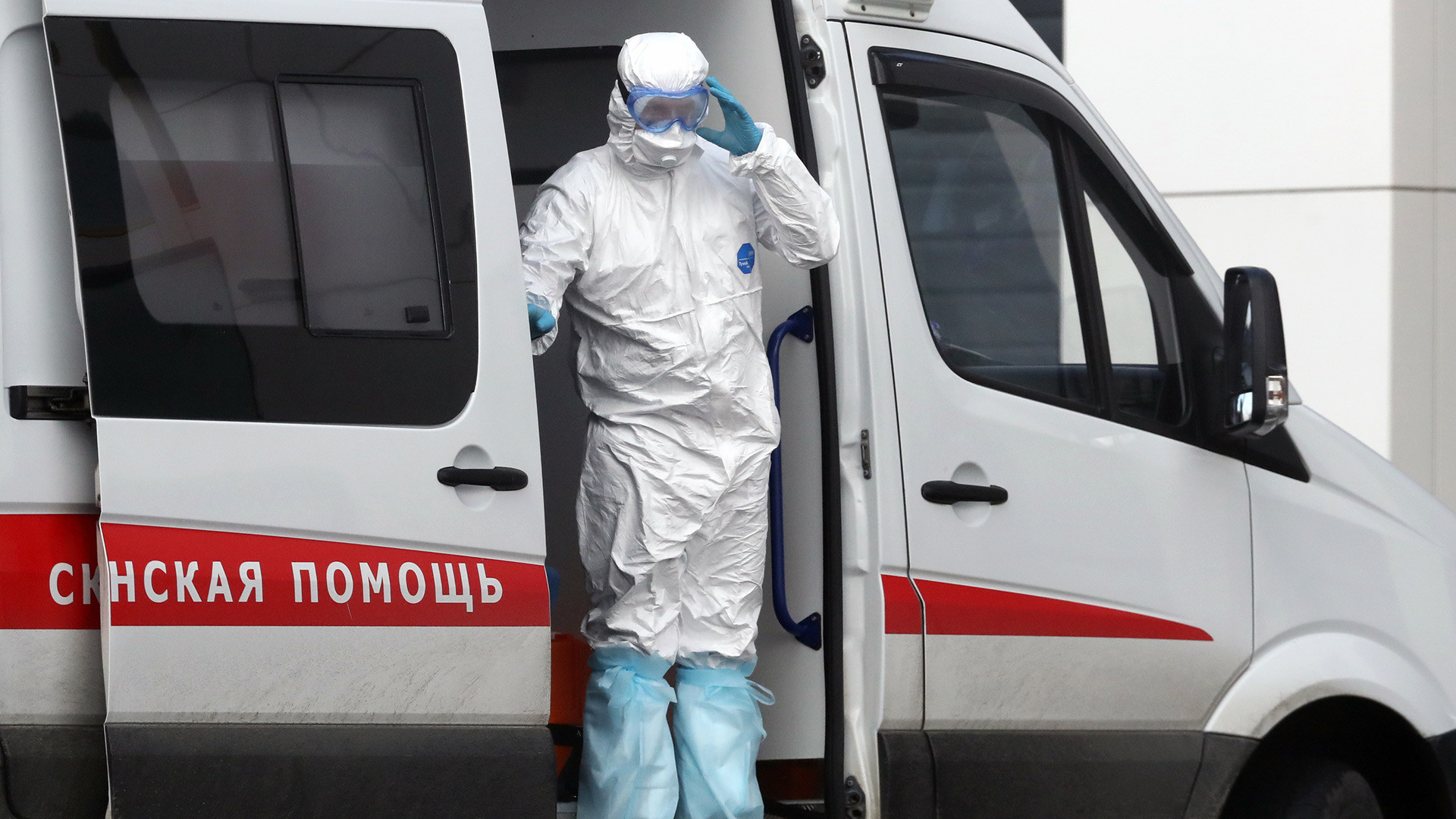 An ambulance at the Moscow Region.

Due to the coronavirus the annual St. Petersburg Economic Forum in June has been canceled, while Moscow forbids all events of more than 5,000 people.

Still, a total quarantine has not been decreed for the entire country: schools, universities, and kindergartens are open and function as usual. So far, only extracurricular group student activities, such as trips to museums and exhibitions, have been cancelled, and school kids should take their temperature daily. The sick are sent home.

Many companies have cancelled foreign business trips, and introduced additional measures to disinfect their offices. Some allow employees to work remotely from home. Russians are also reminded to wash their hands more often, not to touch their face, especially their eyes, and to avoid public transportation during rush hour. 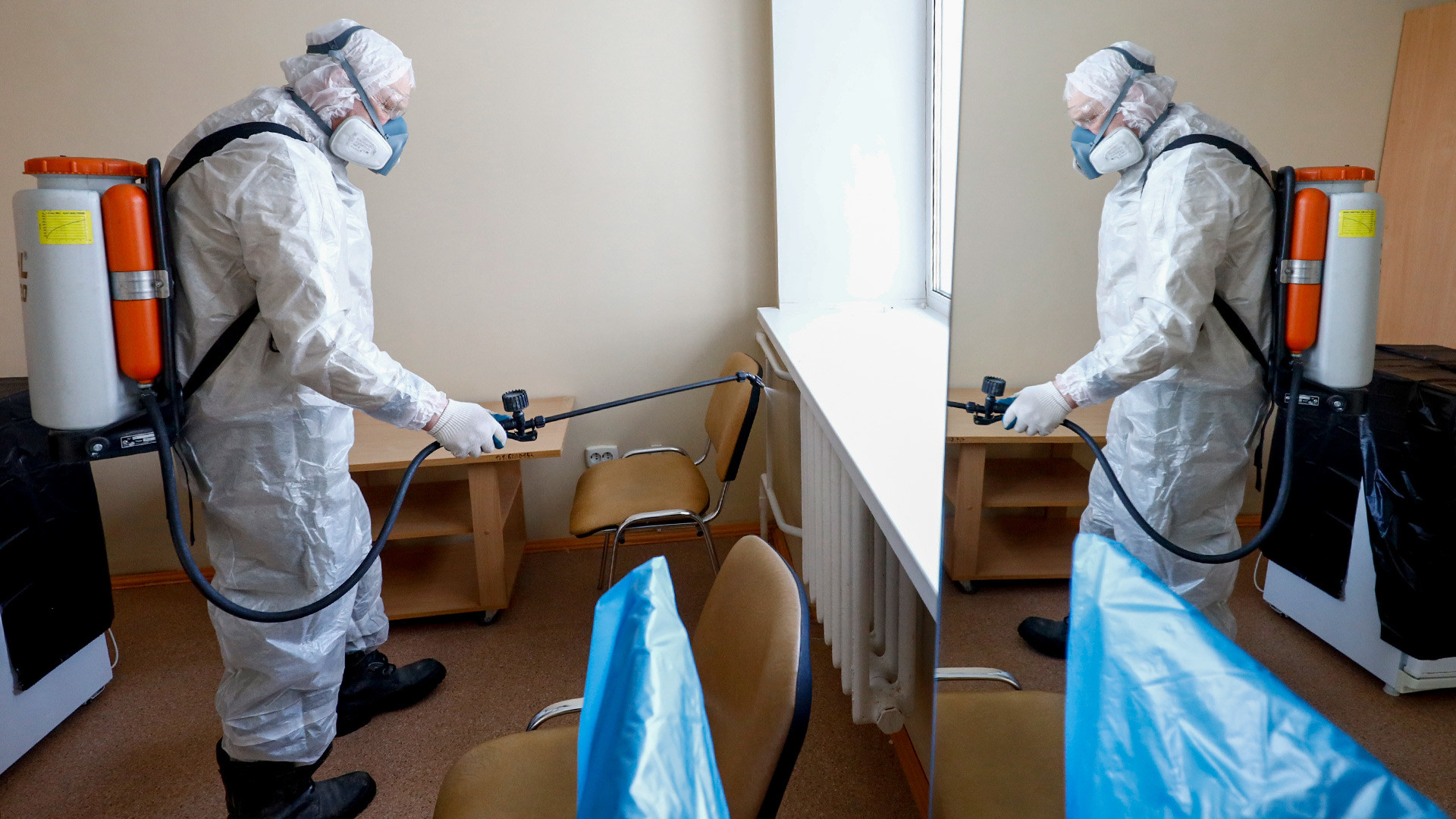 Sanitarium disinfection after COVID-2019 quarantine in the Tyumen region, Feb. 21, 2020.

Russians returning home from China, Italy, France and other countries affected by the virus must report their trip via a hotline and remain at home for 14 days. An official doctor’s note registering the illness will be brought home by a courier. Workers need this in order to prove to their employer that they are truly ill. And if they have a fever or cough then they need to call an ambulance. If the test for the virus is positive, then the person will be sent to an infectious disease hospital.