‘It’s not a zombie apocalypse’: What Russians in China are saying about the Coronavirus 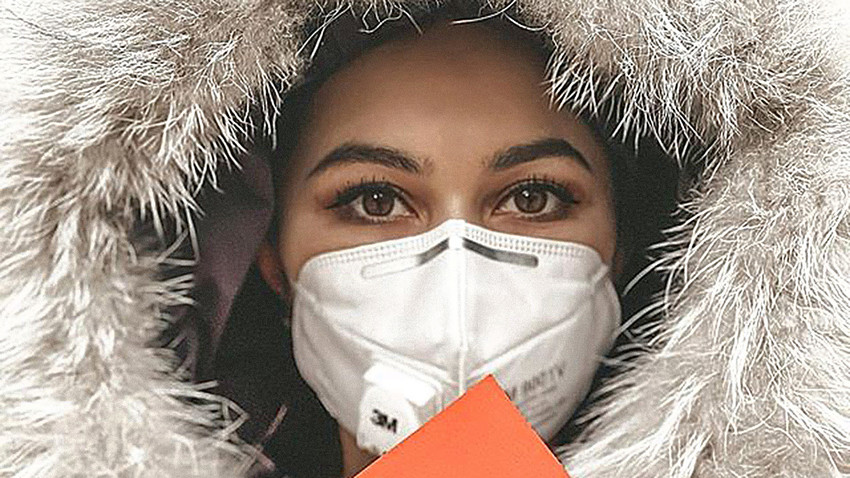 darkainst
We asked Russians based in Wuhan, the epicenter of the coronavirus epidemic, and also other regions of China, what life is like and how they feel.

In China, the number of people who have the viral infection caused by the new coronavirus, also known as ‘2019-nCoV’, has already exceeded 20,000. The largest number of cases has been recorded in the city of Wuhan, population 11 million, in the Chinese Province of Hubei. The city is considered the epicenter of the outbreak. The first infected were recorded there in early December, and on January 22, Chinese authorities closed Wuhan for entry and exit. Three hundred Russians remain there, and most of them didn’t want to be evacuated.

“We haven’t seen any military yet.” - Daria Kuznetsova, city of Wuhan

I live and study in Wuhan. I moved here permanently 18 months ago. When the first reports started coming in, I was away in a neighboring city for undergraduate training and had to come back on January 23. Just after I returned to Wuhan, the city was closed and there was no longer any opportunity to leave.

During the first days of quarantine things were tense, but now it’s better. All possible resources have been sent to Wuhan - the best doctors and specialists, donations, as well as two brand new hospitals - and people have calmed down. We do leave the house - to do shopping or other things. We put masks on and, if possible, a pair of goggles as well. When we return home, we wipe things with spirit solution or disinfectant, in line with official advice. Public transport here isn’t operating, but there are private cars. Taxis operate only in emergency situations. If you need a taxi, you have to ask at the relevant administrative office and they will get you a vehicle. 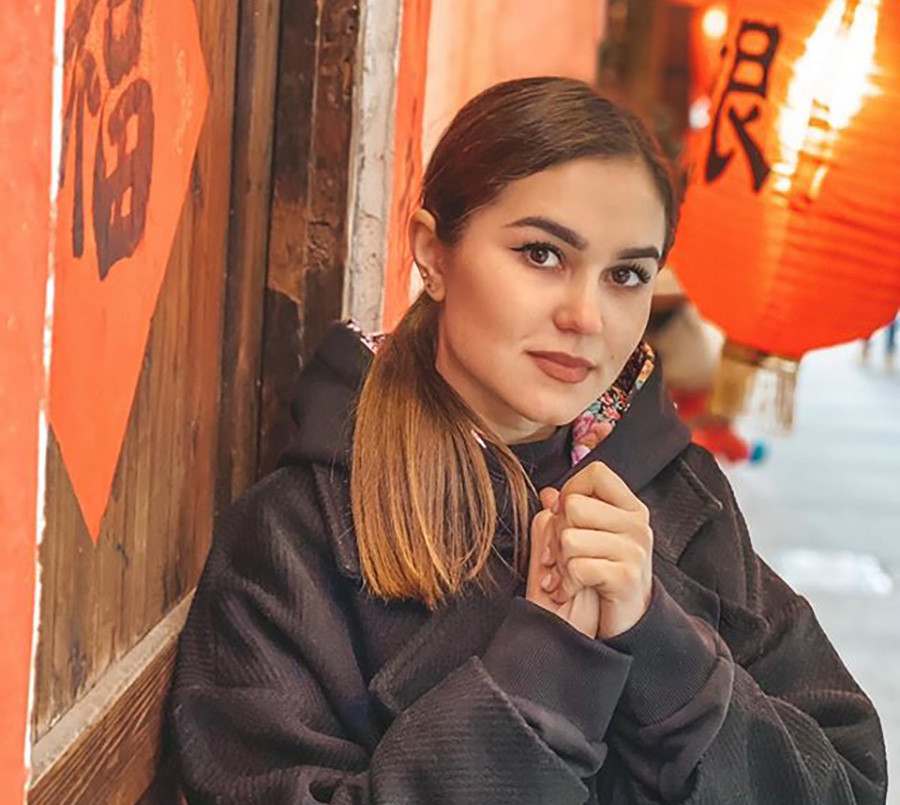 There is a checkpoint in every district in Wuhan - this was always the case, even before the outbreak of the virus. It is an ordinary security checkpoint. All districts in Chinese cities are organized in this way to ensure security. Now, when we come out of our residential complex, our security officers make sure we are wearing masks. There are official cars and police in the streets, but we haven't seen any military yet. On the whole, the city is, of course, rather deserted, but it would be incorrect to compare it to a zombie apocalypse. No-one is denying that the situation is difficult. Normally, Wuhan is a busy, lively city, but people fully understand the situation and try to stay at home. I believe that the only information that is 100 percent reliable is the official information published in the Chinese media. 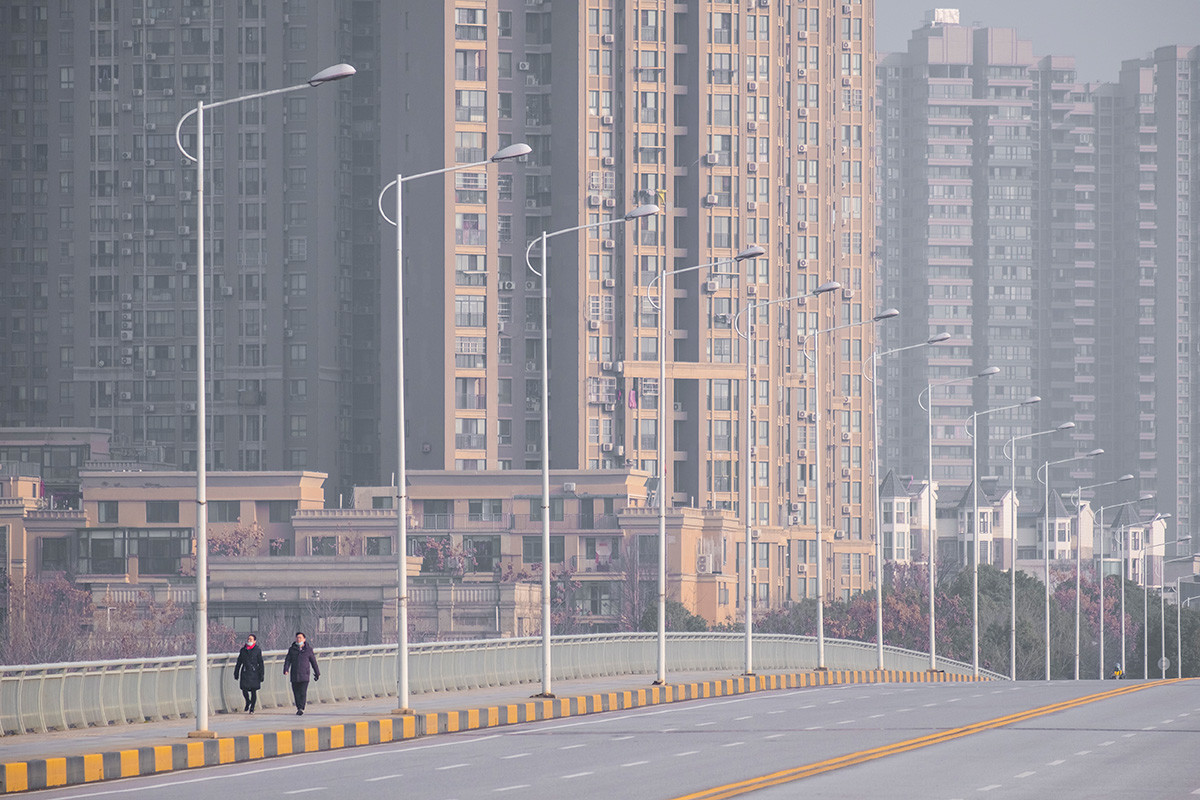 As regards to evacuation, that is a matter for individuals to decide. I have been to the hospital twice. The first time, I visited some doctors I know and the other time was when I took some extra protective masks over. Many hospitals in Wuhan need them and I try to help. The hospitals are overcrowded.

“If I run out of money, I’ll ask my Chinese boss for some.” - Valentin Ovchinnikov, city of Wenzhou (847 km from the epicenter)

I moved to China for work in September last year and settled in Wuhan. Some people I know live in Wenzhou and I decided to go and see them for a few days, planning to leave on January 2. I already had my ticket when an acquaintance in Wuhan told me that, in all likelihood, the city had been hit by a virus, there were already some fatalities and it was better to leave. This was on December 31. I got on the train and left the city without any problems. 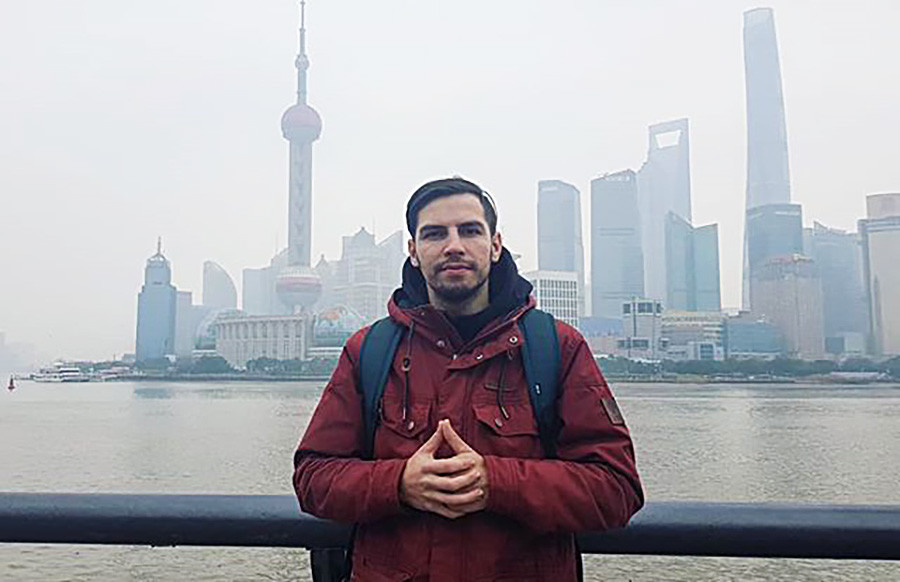 The number of cases is counted province by province. The province in which I am currently staying is in second place after Hubei. Here, 829 people have been infected. Almost 8 million people live in Wenzhou, but now there are hardly any people in the street, despite there being  no restrictions on getting around. The cafes and bars are closed, and they check your temperature when you enter a supermarket. One day, my temperature was 37.7 and I got a fright. They measured it a second time and it showed as normal, so they let me through. If you have a high temperature, they will ask you to go to the nearest hospital. If you resist, they will force you.

The shops have everything. What is missing now, however, is protective face masks. You can't go out without one or you’ll be fined. I don’t have a face mask with the right level of protection, with a filter. I only have one made of fabric, but it doesn't protect against the infection very well. If necessary, I wrap a scarf or jumper around my nose and mouth. 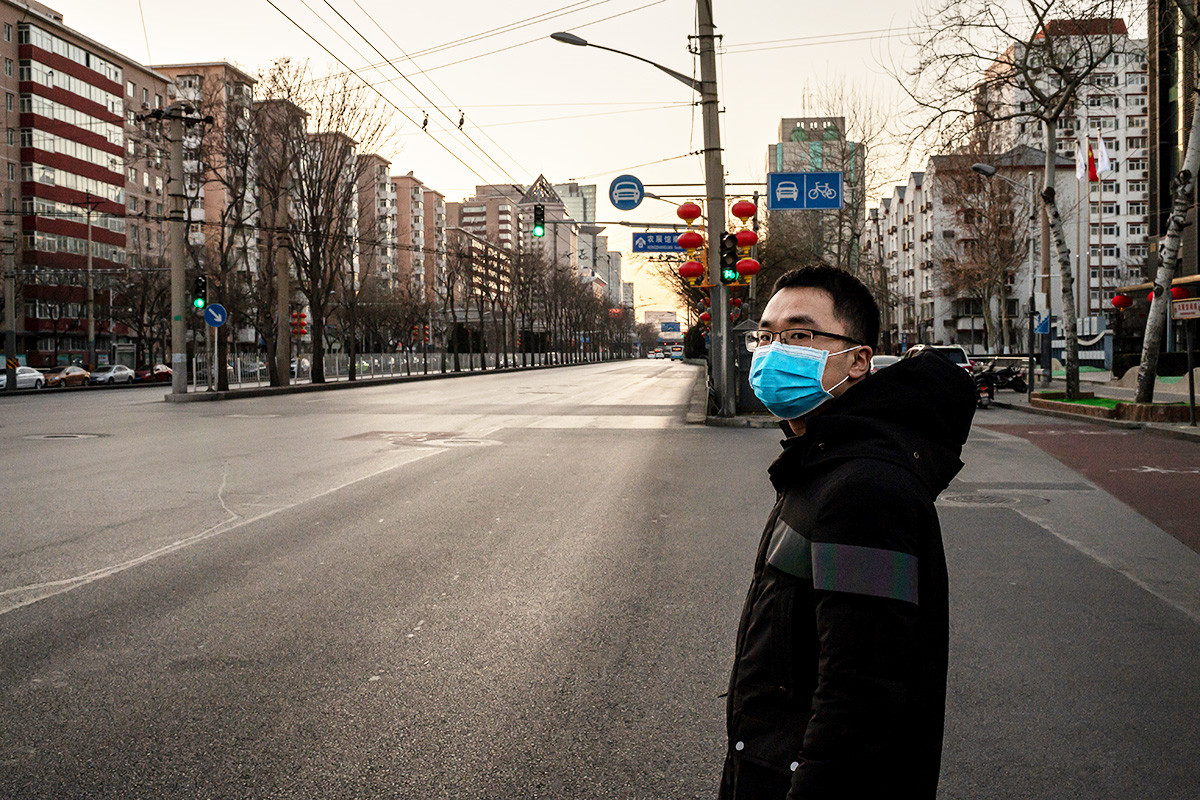 Street in Beijing at the moment.

Now everyone is waiting for the outbreak to peak, which is when it will become clear who is infected and who isn’t (the incubation period of the coronavirus is 14 days; at the moment, not all those infected will be showing the symptoms yet). The Chinese are calm, there is no panic. Some of the [Russian] people I know left Wuhan before a quarantine was declared or were evacuated on Russian military aircraft, but many have decided to stay. Mostly those who have run out of money are leaving. In Wuhan, people have found themselves cooped up, and they have not been paid because nobody is working. For the time being, I am using the money I’ve got. If I run out of money, I’ll ask my boss for some. My Chinese boss told me: “For now, just sit it out.” So far, there has been no evacuation of Russians from Wenzhou, but I have passed on my details to the embassy. It’s true, I am not sure that I want to be evacuated: Everyone is being taken to Moscow, where you have to stay in quarantine for 14 days, but I live at the other end of Russia. The distance from Moscow to Vladivostok is 9,000 km and I would have to make my own way home.

Right up to January 20, we hadn’t heard of the coronavirus at all here. The situation became serious on January 21, when we were notified by the authorities via text message. The principal advice was to wear face masks and to wash our hands properly.

During the first few days of the Chinese New Year, there were problems with vegetables, but that wasn’t down to panic, but rather because during the holidays no-one is at work, and there were simply no fresh deliveries of vegetables to the shops. 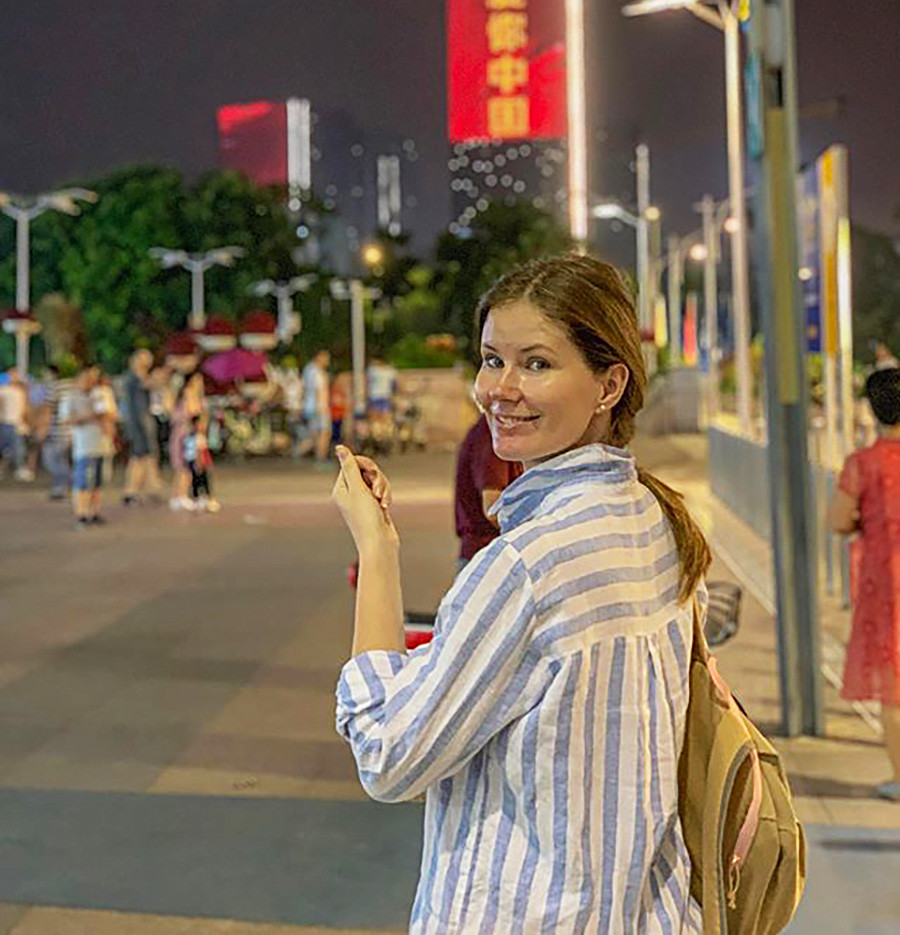 There are no lines at Chinese pharmacies - that applies more to Hong Kong. In Hong Kong, people are starting to line up before the pharmacies open. It is currently difficult to buy face masks anywhere, because the entire stock of masks was bought before the Chinese New Year, after everyone received the initial text messages about the virus. Then, during the holidays, production came to a complete halt. I read that some factories stayed open during the holidays, with staff being offered extra pay, and that extra masks were being made, but that they were all going to the epicenter of the outbreak, because there is a catastrophic shortage there.

There are a lot of Russian speakers in China who do not know Mandarin, so a large amount of unreliable information is circulating among them. And despite the fact that no-one verifies it, such information is prolifically circulated. To name one ridiculous example: it was written somewhere that there were 20 million cases of the disease. 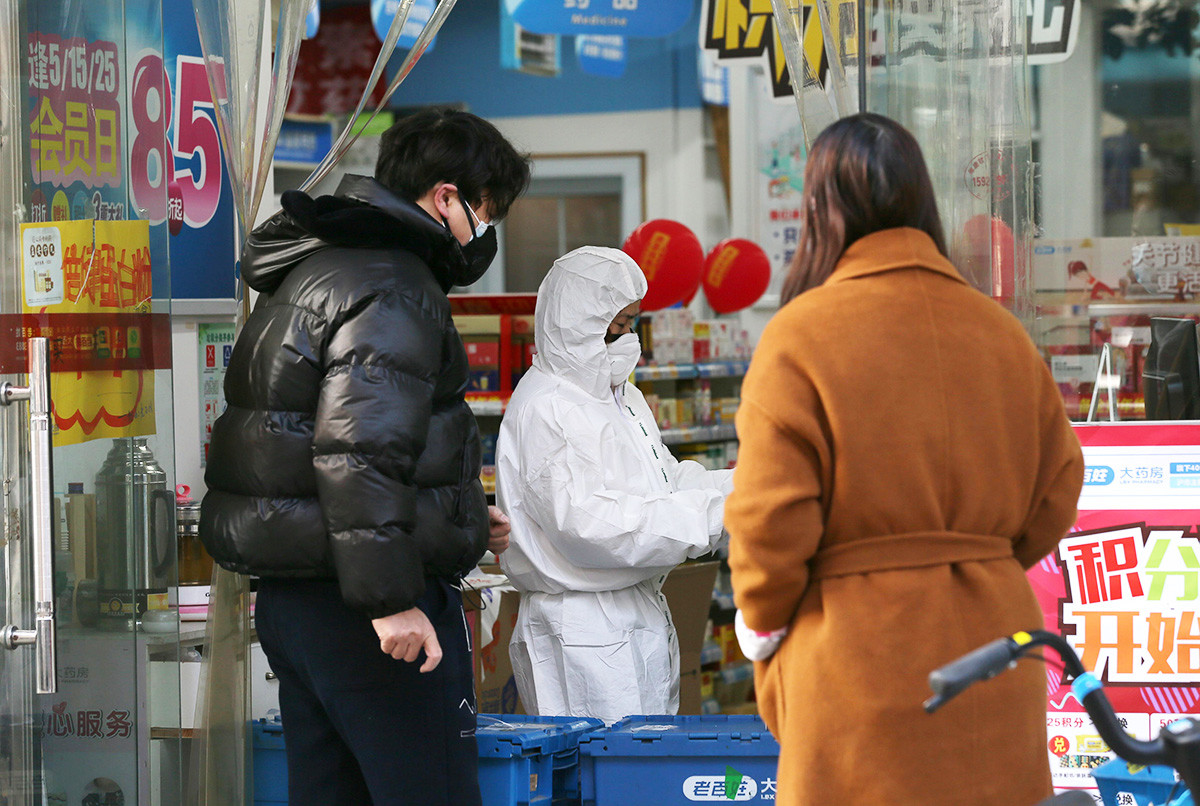 A worker in protective suit serves customers at a pharmacy following an outbreak of the new coronavirus in Wuhan.

Am I scared? Perhaps a little bit. I live in the south of China - we are a long way from the epicenter. But given that a large part of the population of Shenzhen is made up of incomers, we are also in the danger zone. A lot of people are returning from other provinces after the holidays and we don’t know who is infected and who is not. But I see no need for evacuation. People can happily spend a month at home in quarantine. It’s better to stay at home than to traipse around airports and railway stations.

I brought my whole family - my wife and young child - out to Beijing, where I work in the marketing and wholesale sector. We learnt of the virus on the internet along with the rest of the world. At first we didn’t take it seriously. Then we started to worry. But, in my view, the situation is now stable, and there is no panic at all. Everyone is calmly waiting for the virus to recede. Schools, kindergartens and higher education establishments are in recess. We don’t go to work, either. Everything is currently closed, and the New Year holidays have been extended. 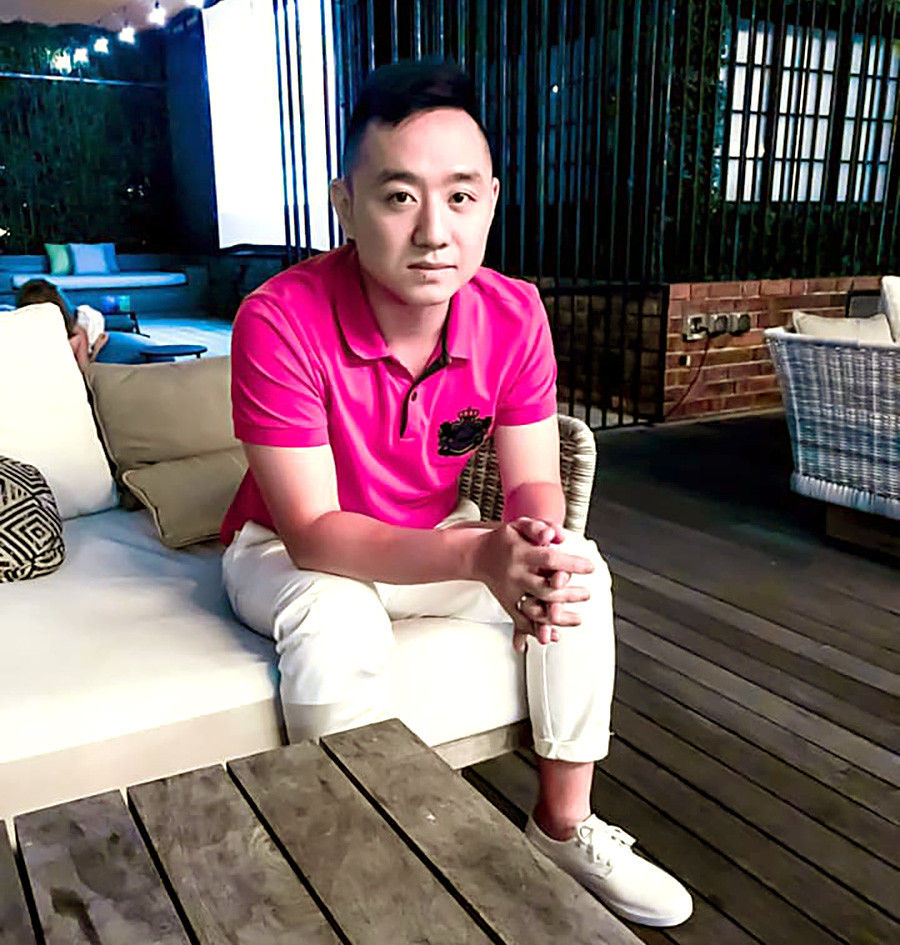 I have to say, the Chinese are coping very well, overall. You have to give them credit. The Russian speakers in Beijing are not panicking, but they are afraid. Those who panicked got out long ago. What can one say? It’s scary, of course, when you see what is being reported in the media. 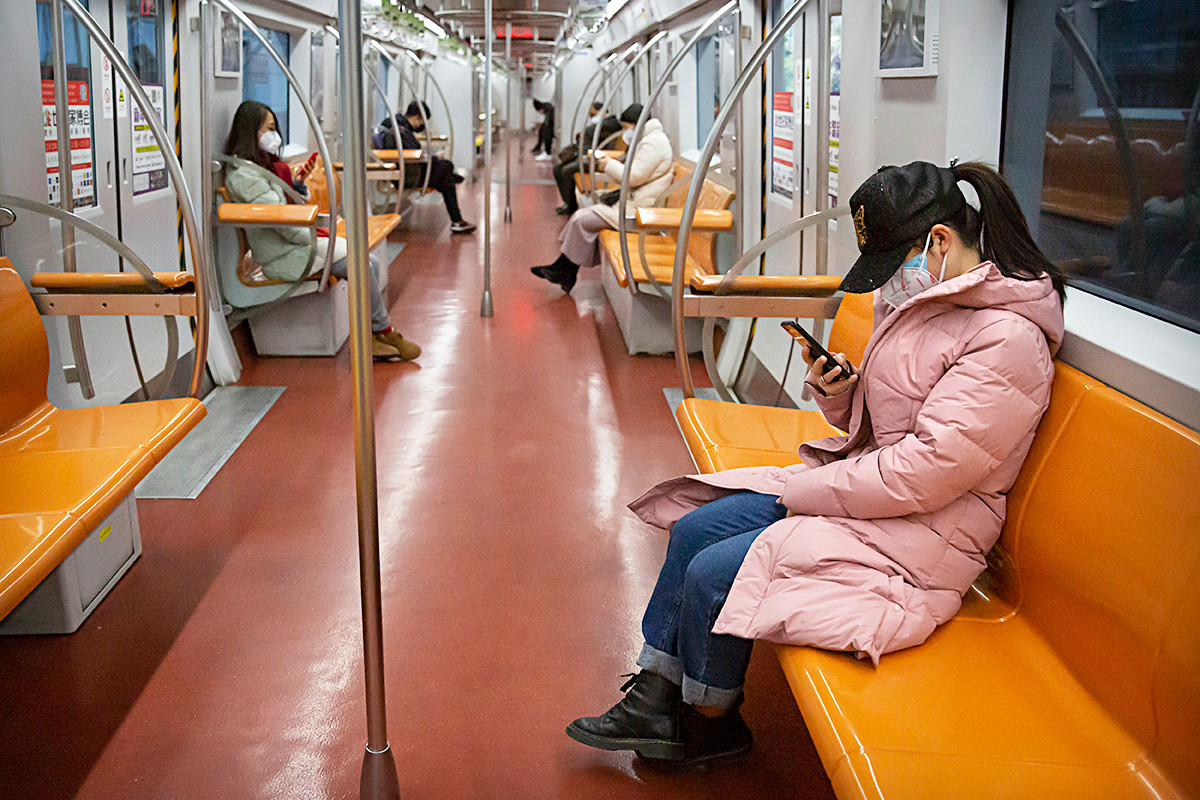 There are no problems with getting out - you buy a ticket and get on a flight. Admittedly, the cost of tickets is just crazy. We don’t read the media much, but I think the official reports (about the number of cases and the death toll) could well be the truth, seeing as they’re not low figures. For the time being, we’re not thinking of leaving. If we are fated to fall ill and die, we would meet the same end back home. As for those Russians who say “sit in that China of yours and don’t spread the contagion”, I don’t want to condemn anyone, but I think everyone who writes like that is being a bit selfish. Imagine yourself in our place.