Can this old Soviet tuberculosis vaccine really kill the coronavirus? 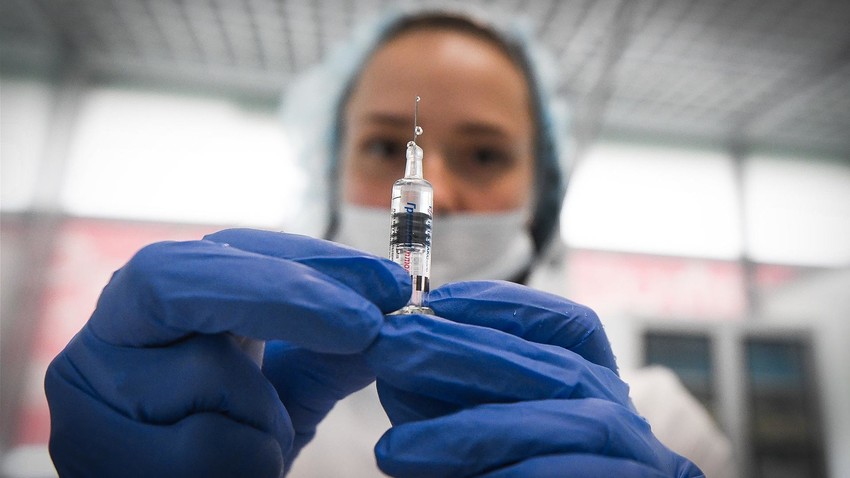 Igor Ivanko / Moscow Agency
American scientists are reporting that a century-old tuberculosis vaccine could have an effect on the COVID-19 disease. We delve deeper into what this shot actually is, and if there’s any chance it might be useful against the latest coronavirus.

Lately, a number of news outlets and agencies - the New York Times, Reuters, Bloomberg and the Daily Mail among them - are talking about the possibility that a very ordinary shot that is being given to millions of school children could also double as the cure for the novel COVID-19 coronavirus in light of the latest scientific evidence. The vaccine in question goes by the name bacillus Calmette-Guérin, or simply - BCG.

In Russia, the shot is currently given to all children three to five days of age, with some health-dictated exceptions. Could this somehow be connected to the low number of COVID-19 cases currently registered in Russia (2,777 out of a 144.5 mln population)?

What’s the source of this latest data? 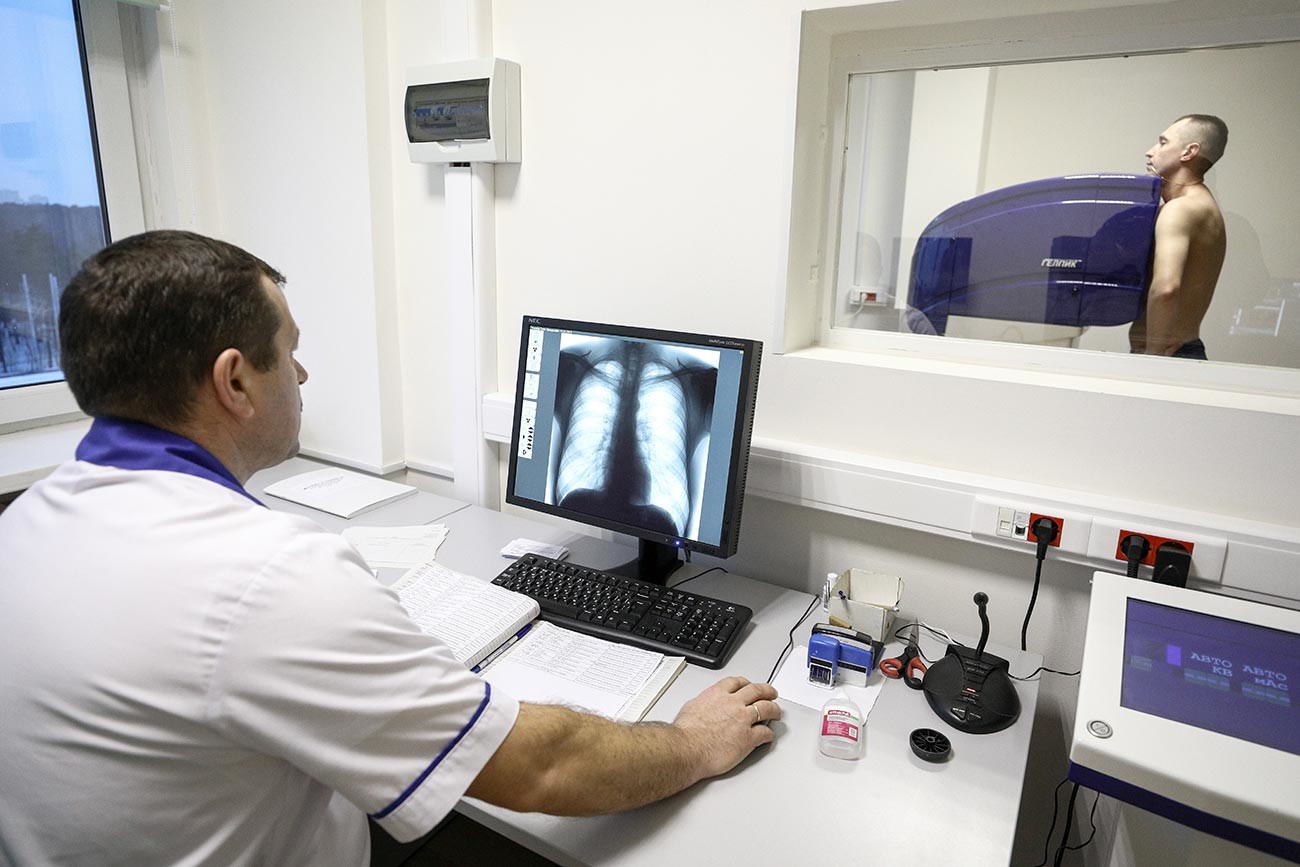 The findings come from the Department of Biomedical Sciences at the New York Institute of Technology’s College of Osteopathic Medicine. A preprint of the study appeared on MedRxiv, showing a direct correlation between mortality figures exhibited by countries with a mandatory BCG shot, and those where the vaccination is optional.

“We found that countries without universal policies of BCG vaccination (Italy, Nederland, USA) have been more severely affected compared to countries with universal and long-standing BCG policies”, the scientists say, adding that the “BCG vaccination also reduced the number of reported COVID-19 cases in a country.”

The number of coronavirus-related deaths in countries where BCG was optional exceeds the rest by a staggering 30 times, according to statistics. The doctors believe they’re seeing evidence of the shot’s effectiveness when comparing Spain’s figures to those of Portugal. The former shows catastrophic casualty rates; it’s also where BCG hasn’t been mandatory since 1981. In Portugal the vaccine has only been a matter of personal choice since 2017. The same with East Germany (the former GDR had mandatory BCG shots). The death toll there is less than in its Western counterpart. 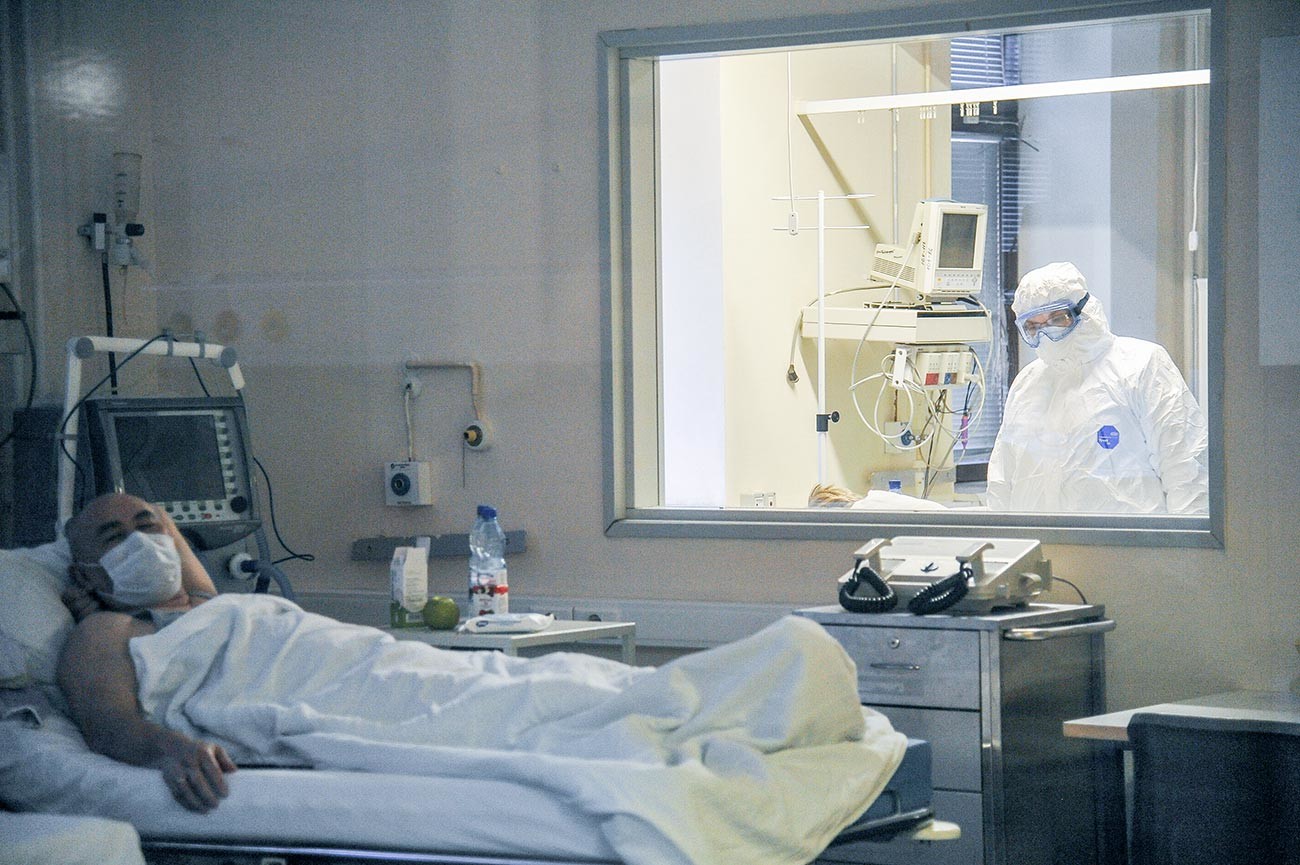 BCG is the only certified TB shot in the world. It is received by 130 million people worldwide each year. In 2018, some 153 countries offer the vaccine. In Developed countries its appearance is patchy, and often associated with high-risk groups of children, or simply not offered at all, given TB’s low numbers for that country. The United States and the Netherlands, for example, never had enough of a reason to make BCG a widespread practice.

About 10 million people worldwide suffer from Tb annually. High-risk countries like Brazil, Russia, India, China, South Africa and others are where BCG is mandatory, while also not offering total immunity - only 60-80 percent.

So what’s the Soviet part in all of this? 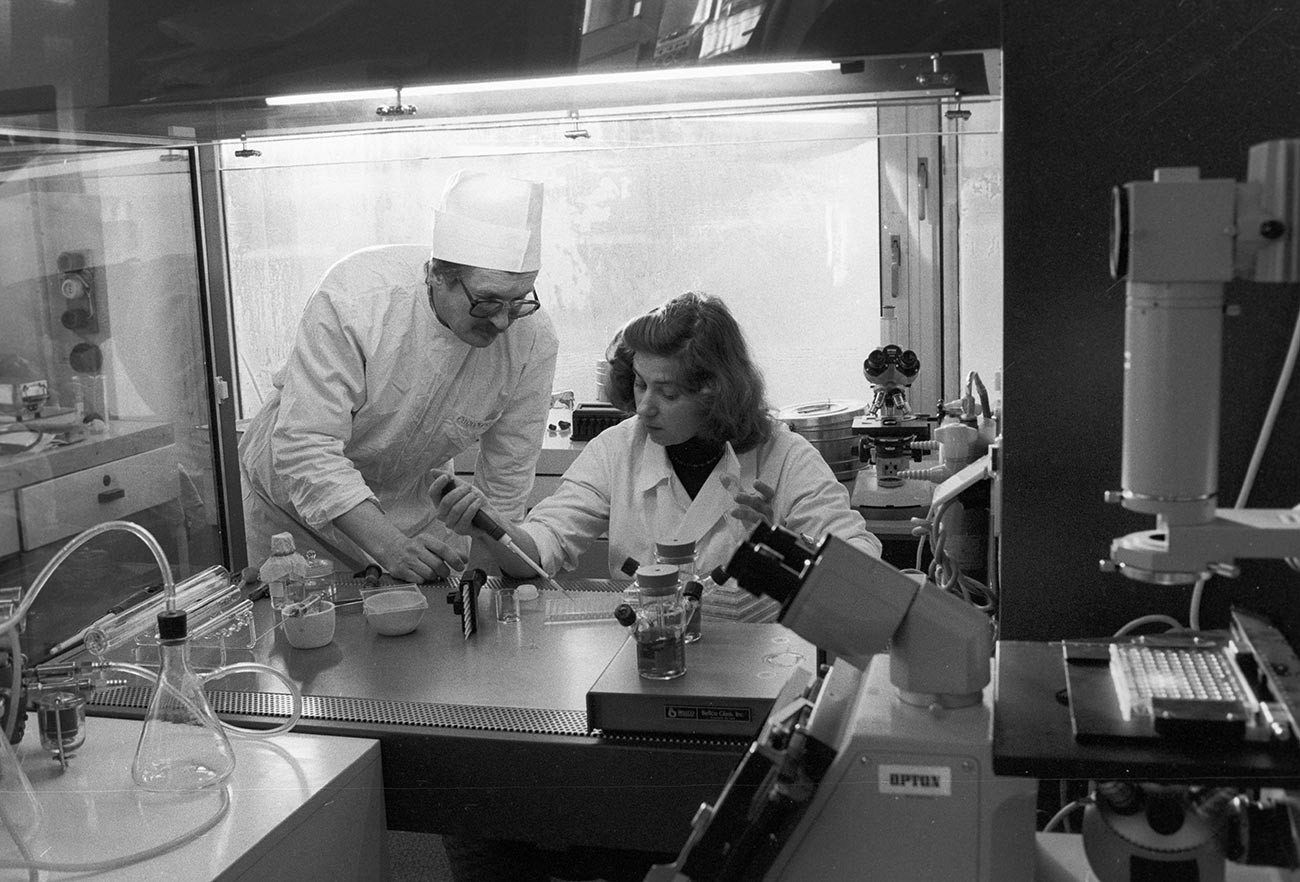 The USSR became the first country where the vaccine had become mandatory for all, but it was actually first designed in France in 1919 by Albert Calmette and Camille Guérin, and originates from a live weakened TB strain. However, the initial vaccine was in liquid form, and wouldn’t be passed for the longest time (in 1930 it killed 72 out of 240 subjects in Lubeck due to a mistake).

In 1925, Calmette passed the vaccine onto Soviet scientists for reworking and ironing out the kinks, with the vaccine subsequently passing the test. Three years from then it was adopted by the League of Nations.

And it’s not just tuberculosis 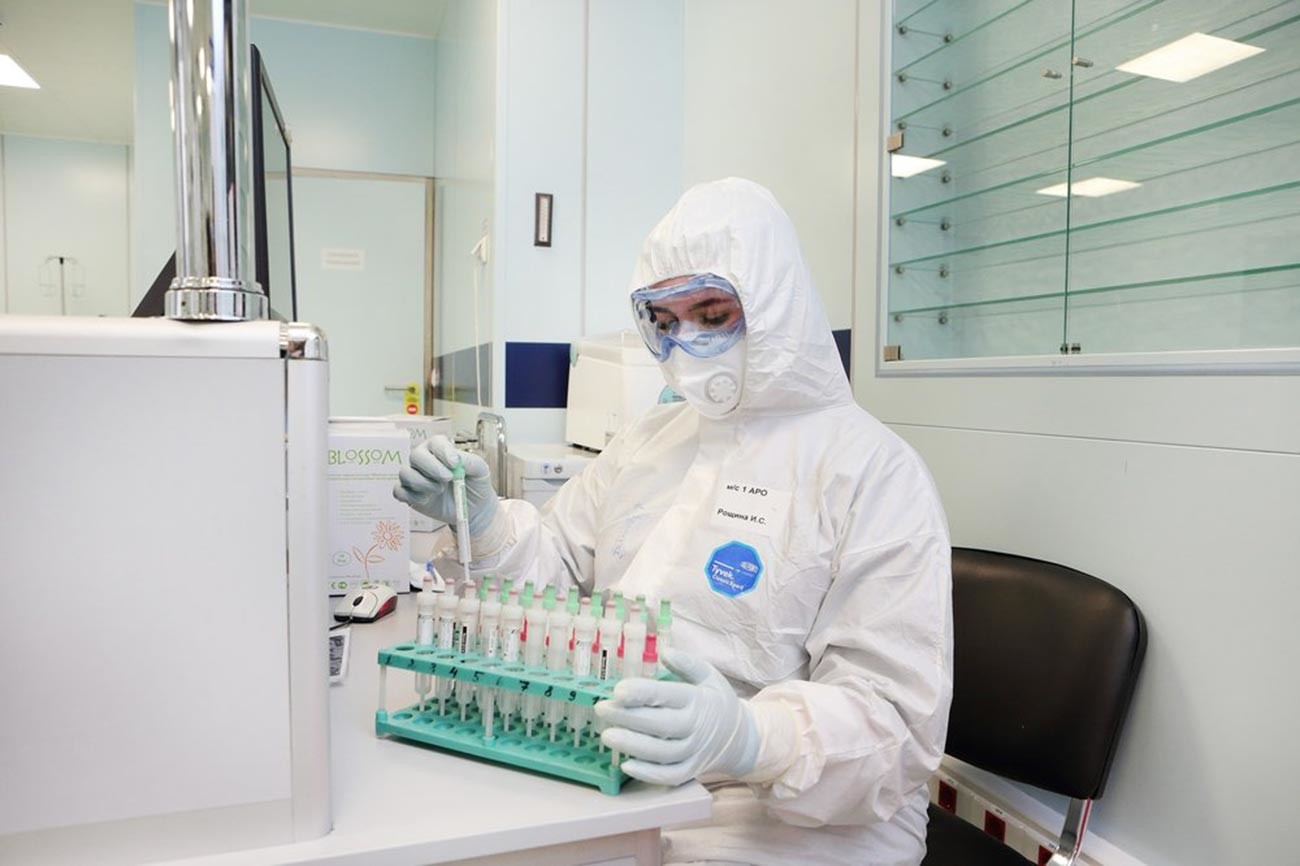 The tests have been on for a while. Today, BCG also has a 20-percent effectiveness rate against leprosy, as well as bladder cancer. Also, until 2015 it was believed to be effective against the Buruli ulcer. 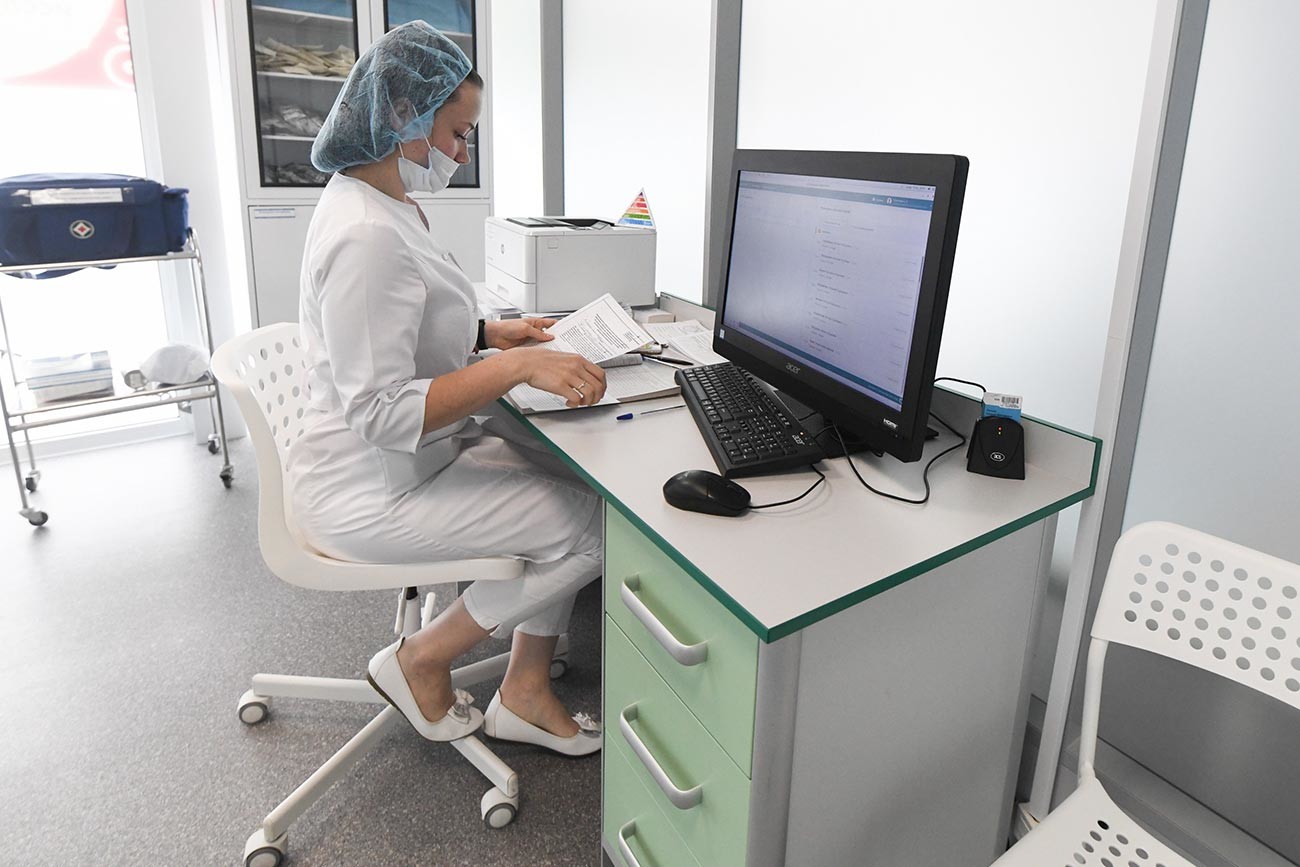 In March, focus groups in Australia, the Netherlands, Germany and Greece will further determine effectiveness and take things to the next level. That being said, BCG’s effectiveness against the novel coronavirus is already being doubted in some circles. There’s one giant counter-example here: China. There, the BCG vaccine is commonplace, but that hasn’t stopped the country from being hit severely by the infection.

Moreover, it’s not known how long BCG itself lasts. Studies indicate a period of 10-15 years before it starts losing its grip - and that’s only in the case of infant inoculation; the effects on adults would require further study.

The authors of the current study, likewise, add that “different countries use different BCG vaccination schedules, as well as different strains of the bacteria”. We have yet to study which strain to use for the current infection.

What are the Russian doctors saying today? 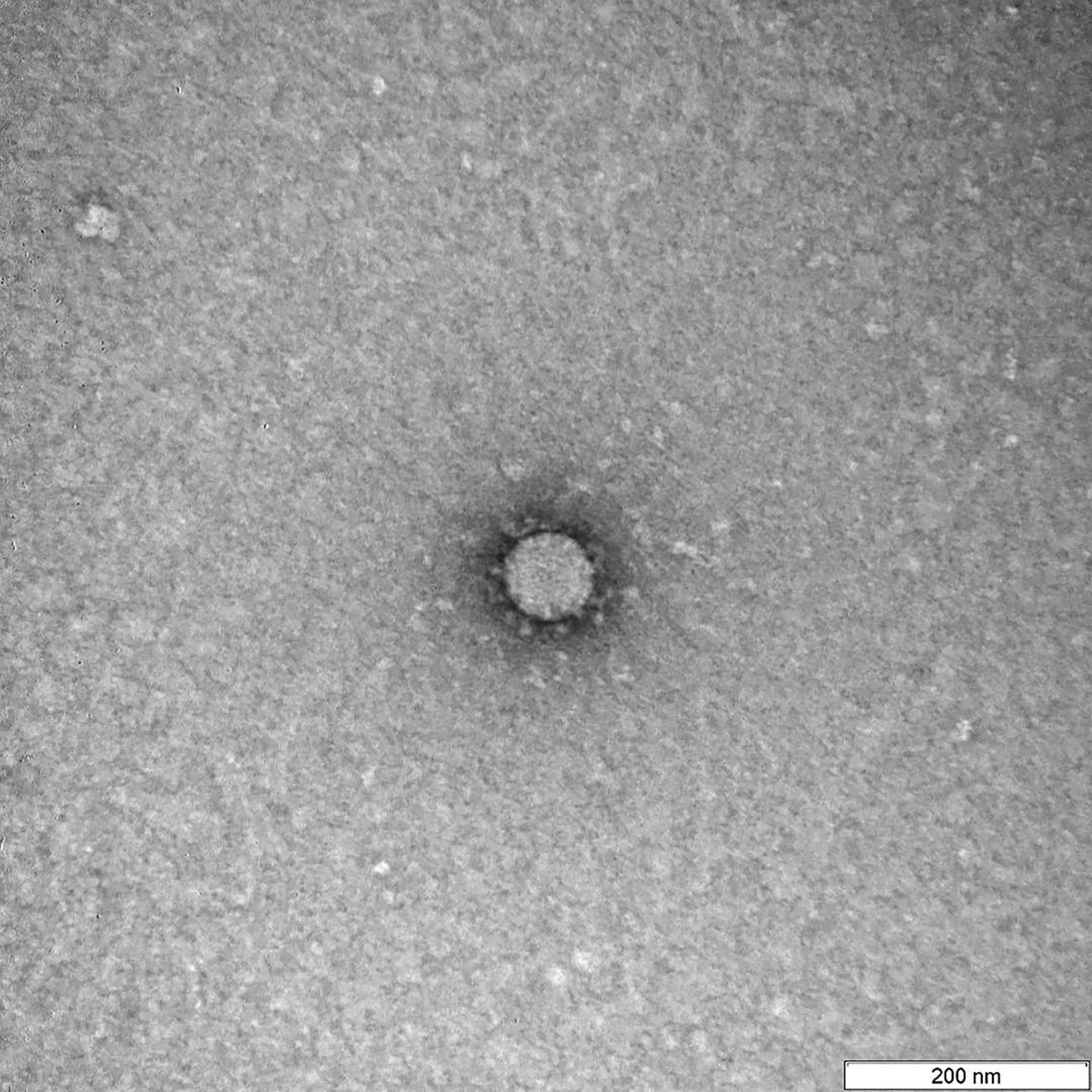 BCG vaccination can be considered as one of the ways to stimulate the immune system. In certain situations it really helps. However, again, in order to confirm this, we need clinical trials,” Nikolay Korobov, who is doctor-pharmacologist and Assistant Professor of the Faculty of Fundamental Medicine at the Moscow State University, says.

All in all, noone in Russia is arguing that the vaccine is an effective immune booster - there is a noticeable and well-documented effect of this happening. However, effectiveness against COVID-19 is facing harsh criticism.

“The only thing TB and the coronavirus have in common is the way they’re transmitted. The rest is someone’s fantasies,” St. Petersburg’s head TB specialist and head physician at the City TB clinic, Aleksandr Panteleev says. “The BCG vaccine has a short lifespan, a maximum of 10 years. For that we had repeat inoculations. In an adult organism the vaccine simply does not thrive. So, to say that we’ve created some form of immunity against the coronavirus is simply silly. Moreover, these are two completely different types of infections, and how anyone could discover a crossover mechanism between them is entirely unclear to me.”

Vaccinologist Evgeniy Timako also believes that, in the absence of a proof of concept these debates don’t amount to much: “If we’re talking about this shot protecting against COVID-19, then we should examine the types of shots the subject had had in the past, as well as, at the very least, their allergy list. For now, there are more questions than answers.”

However, even given BCG’s long-awaited test results as the cure for the coronavirus, we shouldn’t keep our hopes up for a rapid rollout. “The vaccination should be carried out prior to an epidemic starting. I don’t believe that it can have an effect on the current pandemic. For the immune system to thrive, a certain period of time must pass after receiving the shot. It’s not likely to do anything now,” immunologist Vladimir Bolibok believes.