Call of duty: How the army draft works in Russia 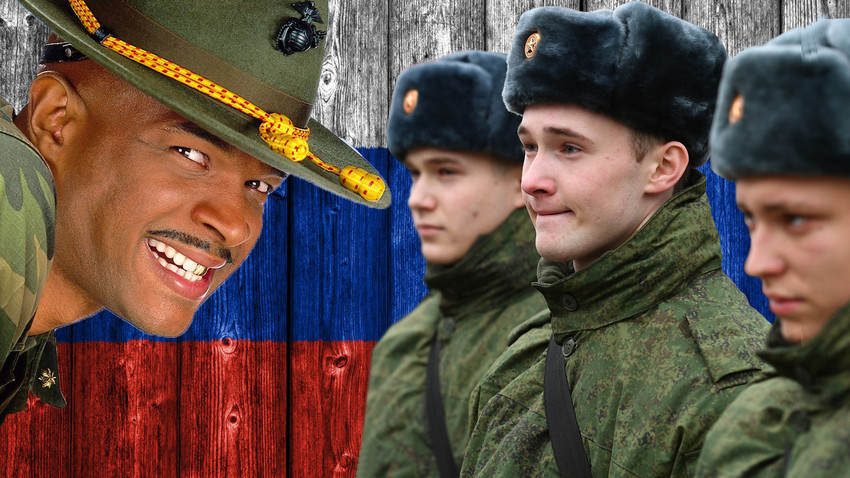 Despite the coronavirus outbreak and the lockdown, under which no one can leave home save for rare exceptions, the spring draft will still take place. A decree to that effect has already been signed by Russian President Vladimir Putin.

The call-up began on April 1, and by July 15, 135,000 conscripts will have been drafted into the army for one year. In the coming months, many young men can expect a trip to the local enlistment office, a physical evaluation, and assignment to their unit.

In Russia, men aged 18–27 who have not previously completed military service or been granted a draft deferment can be called up. But there are some exceptions.

For example, if a Russian citizen permanently resides in another state, he will not be drafted. University students, single fathers, fathers with multiple children, guardians of minors or incapacitated relatives, employees of the security apparatus, members of parliament, as well as those recognized as “temporarily unfit” after an injury or operation are also exempt. Former prisoners, too, are not admitted into the army.

For everyone else, recruitment begins with the draft card.

“An official shows up and personally hands you the draft card. It specifies what time and day you should report to the enlistment office,” says Igor, who joined the army in 2014.

At the enlistment office

Conscripts gradually trickle into the enlistment offices around the country, where they undergo a medical examination to see if they are fit for military service.

“It’s a bit of a melodrama. Boys turn up with their mothers, who shout and scream about how their sons should be exempt, like in a Brazilian soap opera,” says Igor. 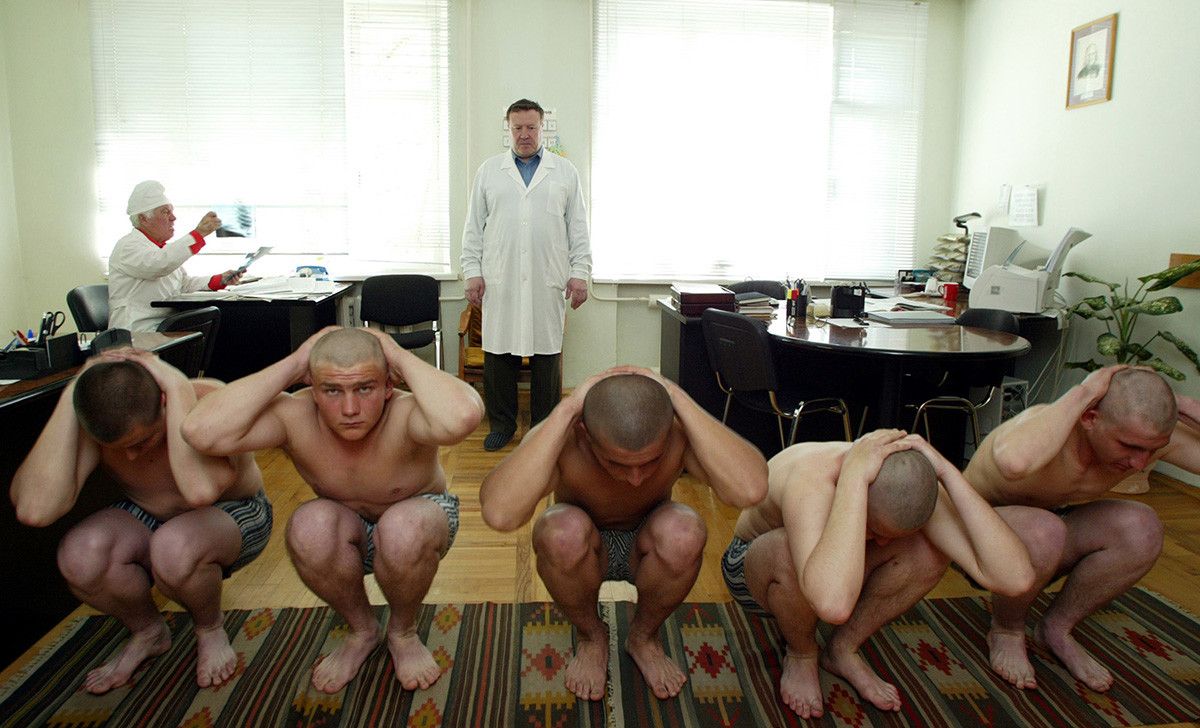 A doctor examines a group of conscripts for the Russian army at a recruiting station in Stavropol.

But little good comes of it. “The medical checkup is purely symbolic, just a quota-filling exercise [the presidential decree specifies a minimum number of draftees]. Because lots of people pay for their children to dodge the draft, the recruitment officers have to compensate at the expense of the rest,” says Igor.

“There are loads of conscripts at the medical board,” says Fyodor, who was drafted into the army in 2017 at the age of 18. “There are many rooms in the long corridor, with doctors sitting in each — the recruits go through all of them in turn.” 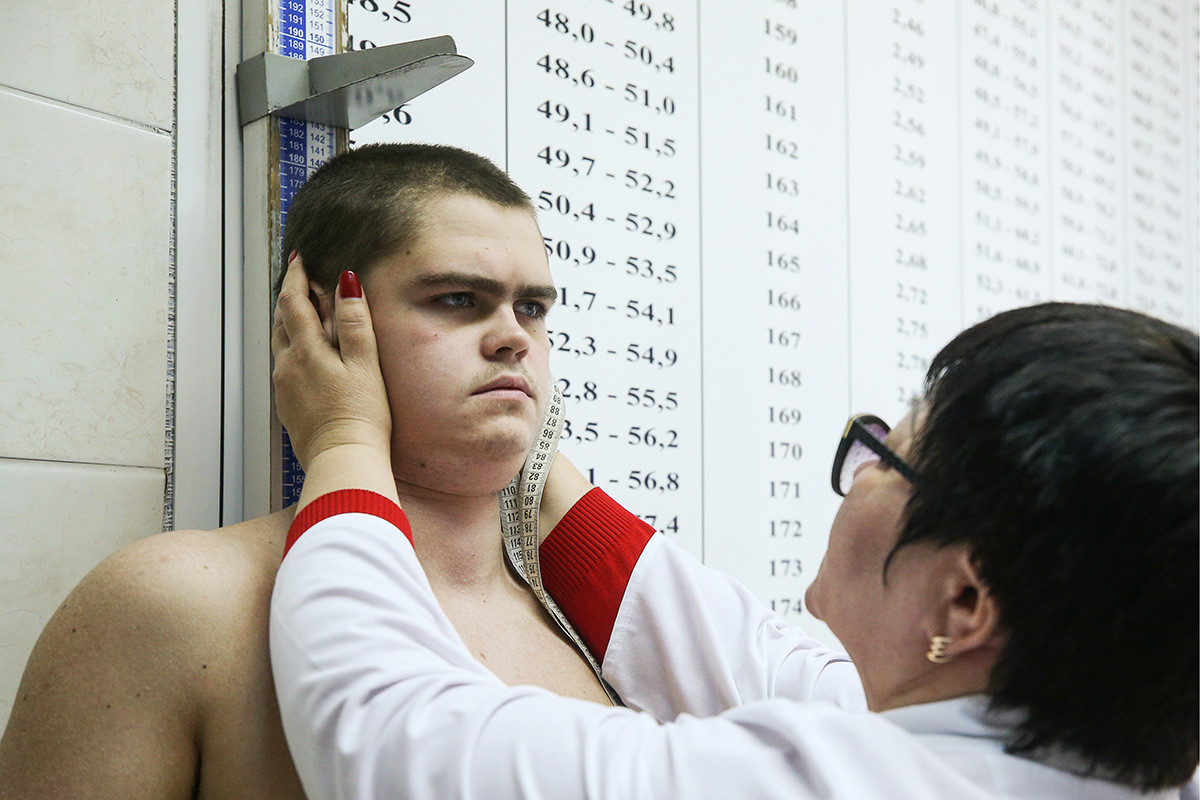 A conscript undergo medical examination at a military recruiting office in northern Kazan.

Fyodor says that in his case the doctors (general practitioner, surgeon, psychologist, eye/ENT specialists, dentist) paid careful attention to his medical records and certificates that he had brought along with him.

“I realized that what I said didn’t count for much, there were so many people, it was like an assembly line. But the documents were checked very carefully. If there was a record of some kind of chronic illness, you got asked about it and sent for a re-examination,” says Fyodor.

When the draftees have been examined by the doctors, they are interviewed by the enlistment officials. Based on the results of this conversation and the medical opinion, the recruits are assigned a category: fully fit for service (including in elite units), fit with restrictions (not suitable for elite units), fit only for wartime service, or not fit at all.

Those declared fit are given some time at home with family (Fyodor had one week), after which they travel to the assembly station, from where they are distributed to units across Russia.

At the assembly station

When conscripts arrive at the assembly station, they are photographed, fingerprinted, registered, and seated in a large hall where staff from different branches of the army select recruits.

“That’s when the ‘bride show’ begins. The recruiters select the healthiest and smartest,” says Igor. “It’s like a cattle farm. There’s all sorts: from stumpy weaklings to two-meter giants.” 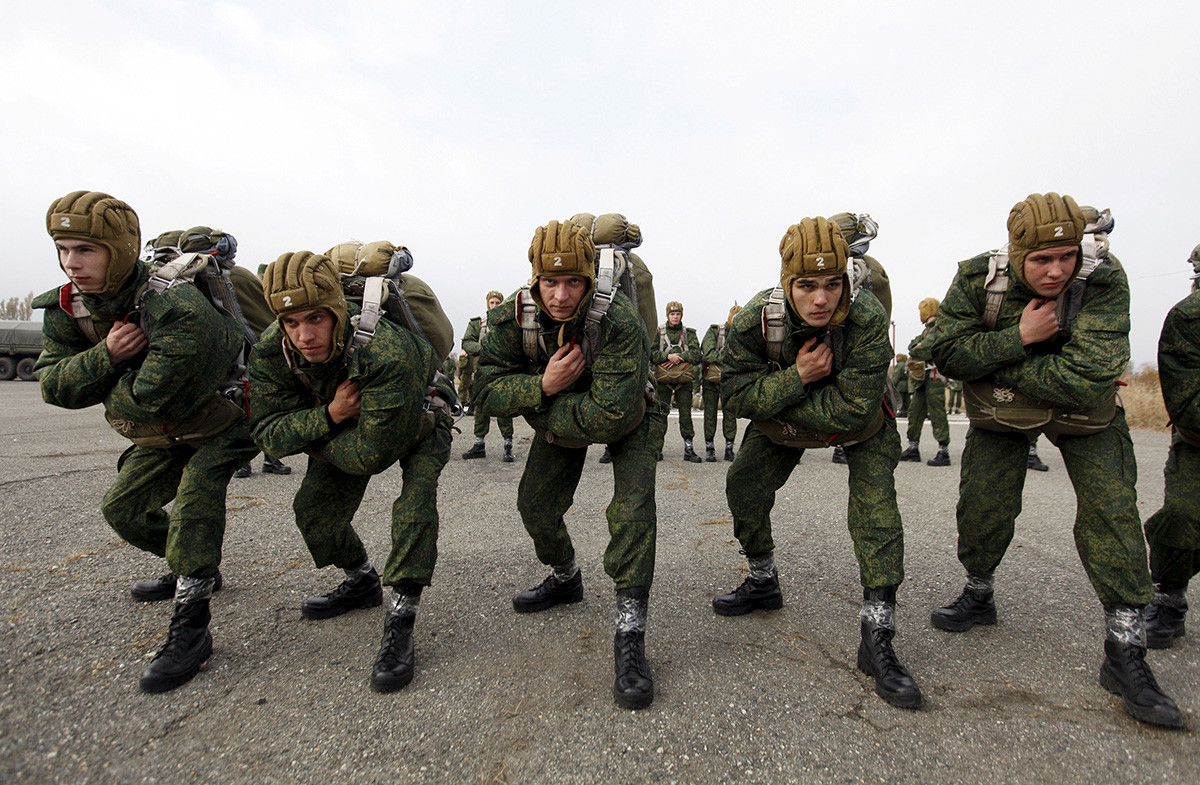 Conscripts, willing to join Russian airborne forces, train before boarding a plane during parachute jumping military exercises outside the southern city of Stavropol

The best “assets” are quickly snapped up by elite branches, while the rest have to squirm in silence. “Some guys end up sitting there for days on end because no one wants them,” says Igor.

Those with a driving license or work skills are in great demand. But either way, most recruits have absolutely no idea where they will end up until the very last moment. 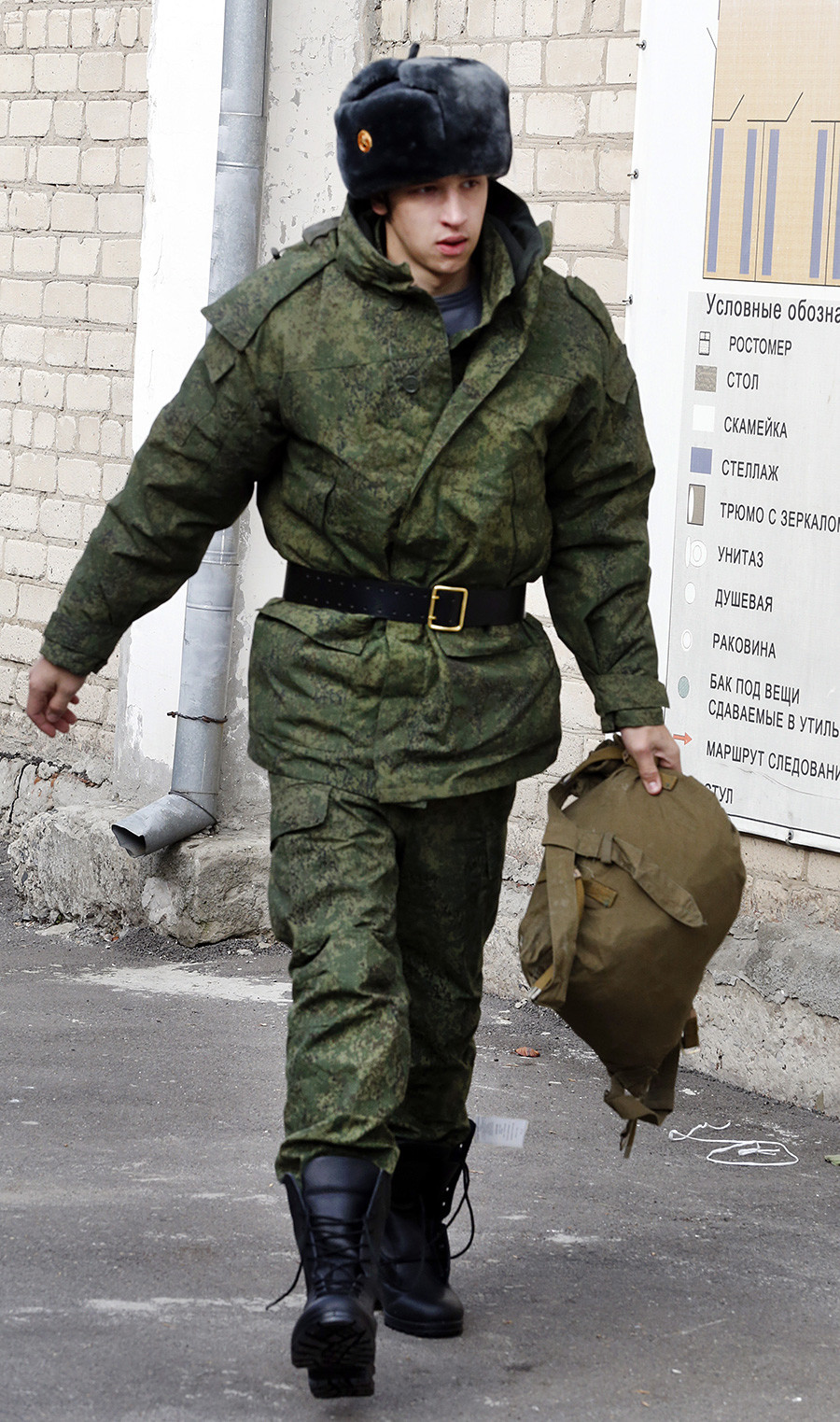 A conscript in military uniform at a recruiting station in the town of Bataisk.

When a conscript is finally chosen, he is given a uniform. “That’s an important moment. Part of the uniform is sewn by prison inmates so the quality needs to be carefully checked. We had guys whose feet turned into meat because they didn’t bother to check the size of their boots,” Igor remarks.

Despite the seriousness of the situation, it’s hard to escape a few odd moments: “It seemed strange to me. Before getting posted to my unit, they reclothed me three times. But the uniform was exactly the same each time. Two I had to hand back, one I finally kept,” says Fyodor.

After being uniformed, recruits are sent to the commander at their duty station, where they spend the next 12 months.

Click here if you are a foreigner who wants to become a soldier in the Russian Armed Forces.