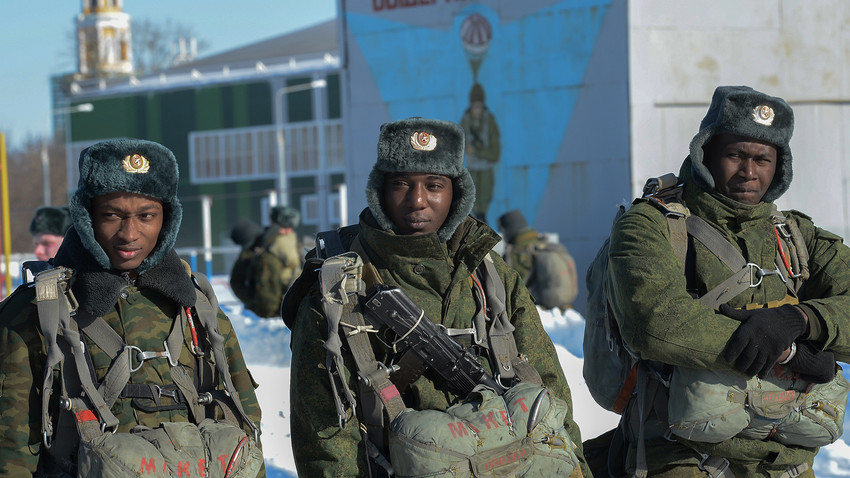 Maxim Blinov/Sputnik
To put it simple: you'll need to be a good and strong person with no legal issues back home.

Since 2015, you DON’T need a Russian passport to join Russia’s military - any citizenship will work for you.

In order to become a soldier in you have to be at least 18 and older than 30 years old.

The Russian Armed Forces both men and women. Yet, no woman will be running on a battlefield with an AK-12 in her hands. Every woman who's willing to become a soldier is welcome, but only for work assigned to military headquarters or as a nurse.

It’s worth mentioning that it doesn't matter what kind of jobs women end up being assigned to, they will also have to pass all sorts of military training - including running, shooting and learning battle tactics. They are, however, basic courses, which every soldier needs to know. 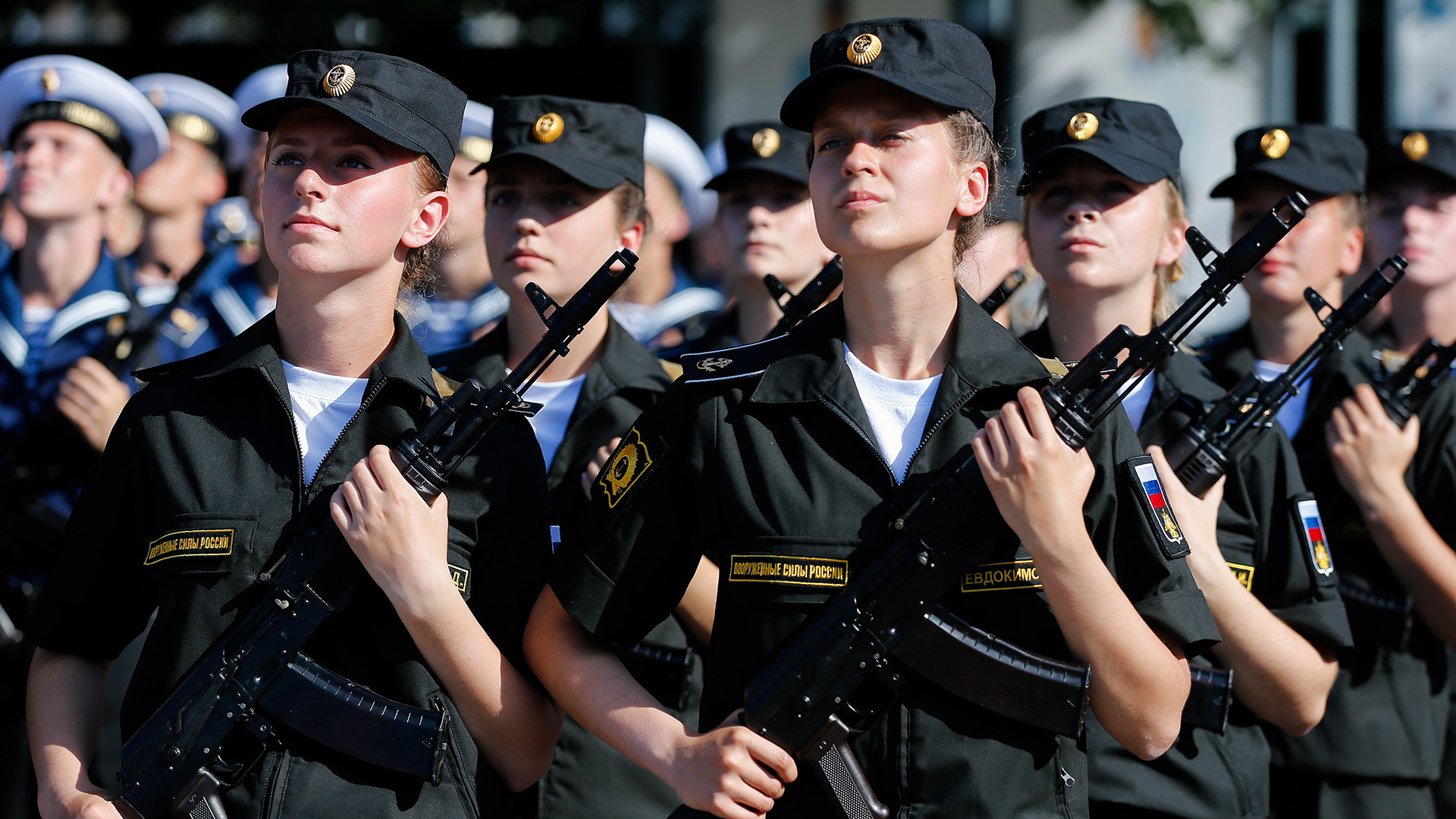 If you wish to become a “badass” with an AK-12, you’ll have to train hard and follow your instructors’ every command.

In order to do so, you MUST speak Russian. You'll have to pass a Russian language test to evaluate if it is possible for you to serve in the Russian Armed Forces. They take this issue very seriously, so be aware that you will have to seriously prepare for language test.

This is another very important issue for anyone wanting to join the military. The Russian Armed Forces accept in its ranks former convicts and people involved in criminal or any other jurisdictional investigations.

The bottom line is - only good guys with good relations with their governments are welcomed into Russia’s military.

If you're willing to become a Russian citizen, joining the military is also an option for you, because five years of service, you are eligible to get the country's passport. 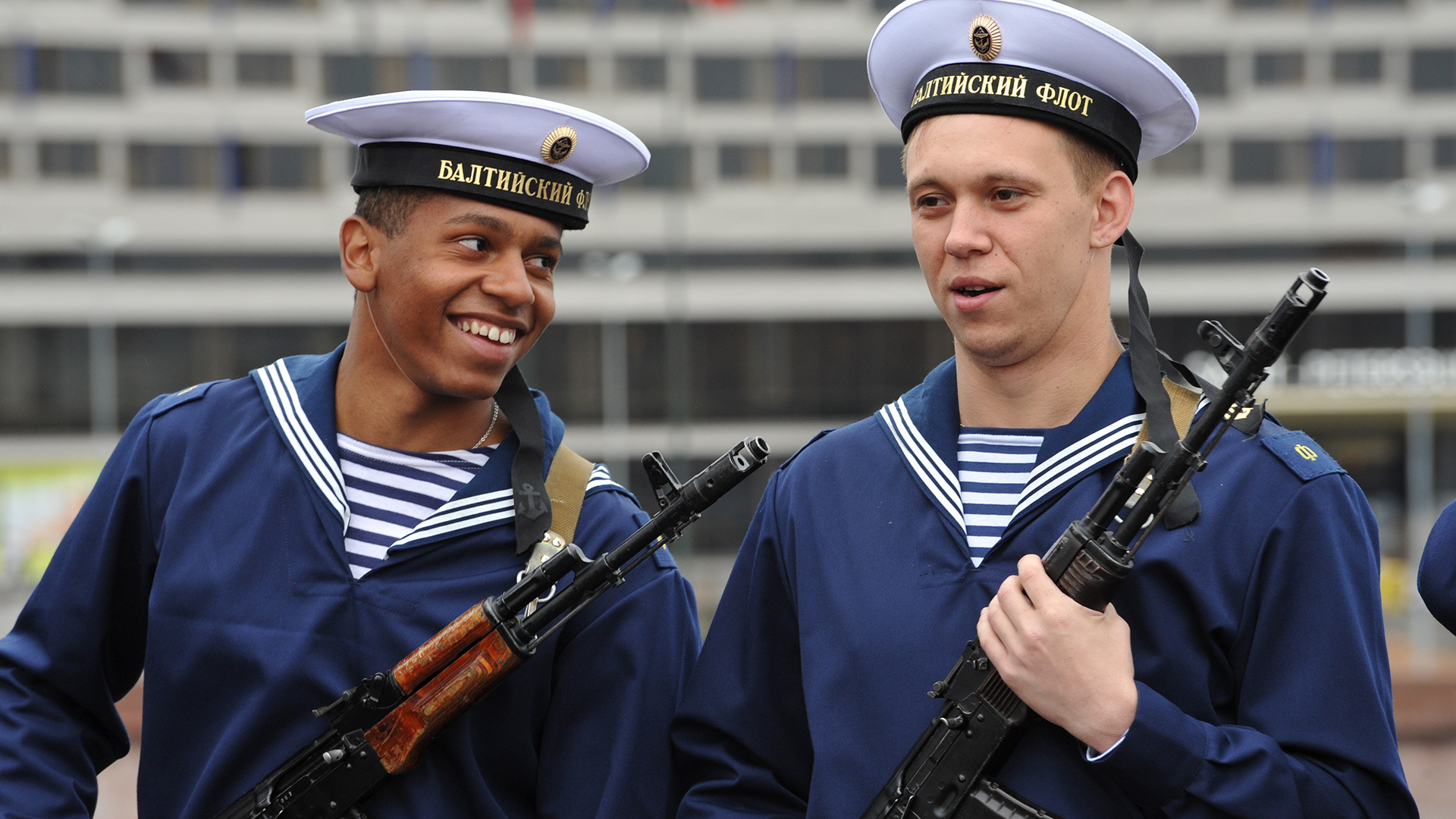 Your first contract with the Russian Armed Forces is signed for FIVE years. So, for this period of life, you won’t have to worry about a job, money or medical care (yes, every soldier and HIS/HER FAMILY in Russia has health insurance and is taken care of).

What rank can I reach?

Foreigners will serve on positions of privates, corporals, sergeants sergeant-majors. In all honesty, you won’t become a general or an admiral in Russia.

The minimum wage of a private is around 30,000 rubles ($480). Wages usually depend on the type of your military unit and your region of service.

For example, people defending Russia in the North get more than those serving in the Moscow region.

A place to live

As long as you serve in the Russian Armed Forces, you and your family will be living in a military town located close to your base. You will receive an if you are bringing a family, or a room, if you’re single.

Getting YOUR OWN place for living

After three years of service, you’re able to join a 20-year-long military mortgage program. Simply put - as long as you serve in the Russian Armed Forces, the government will pay your mortgage and in time you get yourself your own apartment in Russia.

Can I join the FSB?

Will I be fighting wars for Russia?

There are no exclusions for foreign soldiers in the Russian Armed Forces in a case of war - these people WILL join the ranks.

In order to sign up for the Russian Armed Forces, you have to go to an enlistment office in any Russian city. And if your documents and paperwork are good and you have no legal issues back home, you’ll sign a contract, proceed through a medical exam, pass psychological tests and will then be sent to a military unit best suited for a person with your skills and qualifications.