In the early Soviet engineers invented the first infantry weapons for dealing with armored vehicles.

They were the first man-portable guided missile systems, capable quite literally of burning through a tank’s armor. 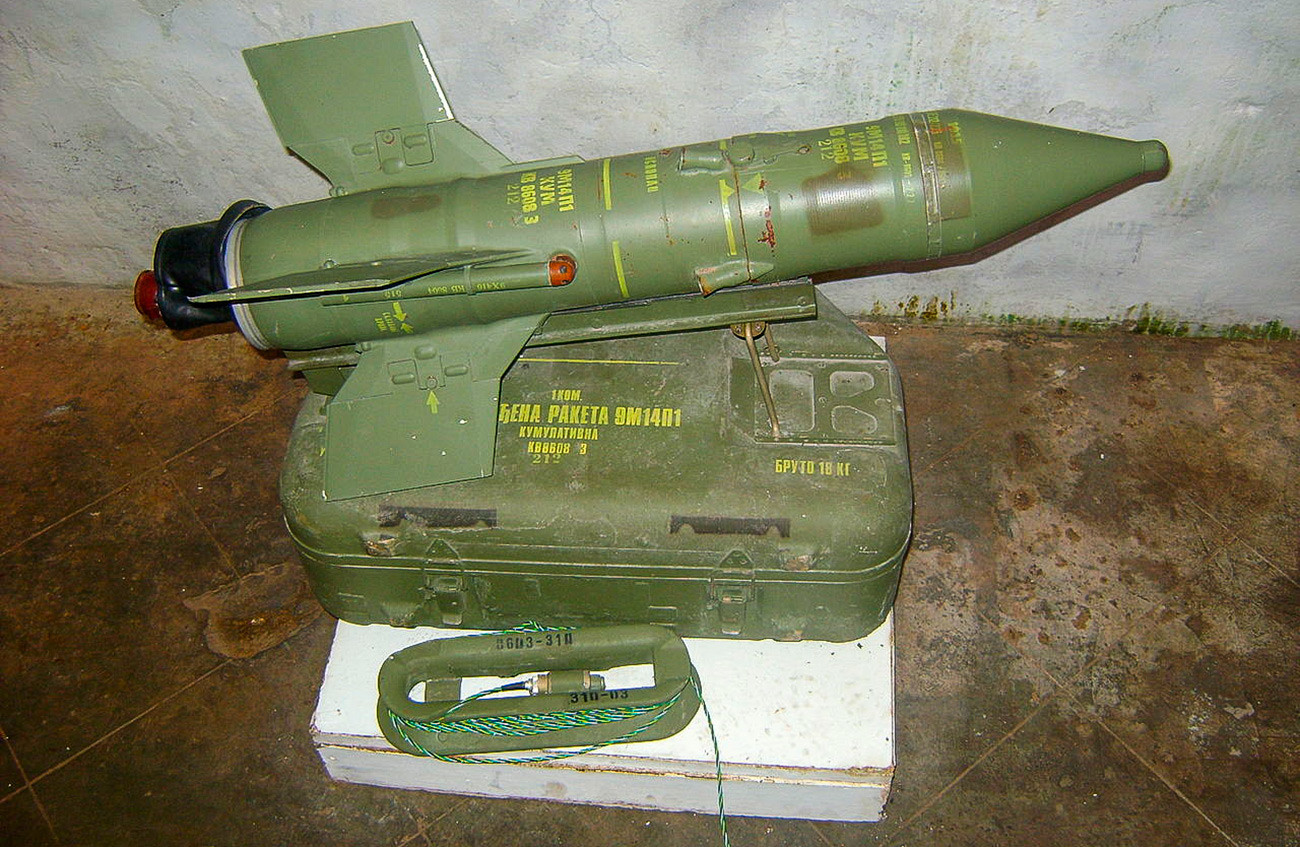 first such anti-tank guided missile system was named Malyutka (“Little One”) — each projectile had a cumulative warhead weighing two kilograms. Put simply, they were filled with chemicals that could burn through steel tank armor two meters thick. The first such anti-tank missiles could destroy targets at a range of 500 to 3,000 meters.

Army command quickly sat up and took note, and within a couple of Malyutka was in the hands of Soviet soldiers.

However, the system had some major flaws that needed ironing out in later models (the military liked the concept so much that it immediately ordered the development of infantry anti-tank missiles).

The first Malyukta missiles were wire-guided and operator-controlled. In addition, unlike modern homing missiles, Malyutka also had to be aimed manually, and the missiles themselves flew rather slowly, giving the target tank time to take cover.

What’s more, the early missiles took to make battle-ready. The operator had to manually attach the warhead to the missile engine, open the wings on the sides of the projectile, and mount it on a launch tripod, which itself had to be put in the combat position. All this took that soldiers could not afford.

Yet despite these drawbacks, Malyutka was highly rated not only in the but in 45 other countries too. It even took part in the 1973 Yom Kippur War, knocking out dozens of Israeli tanks. 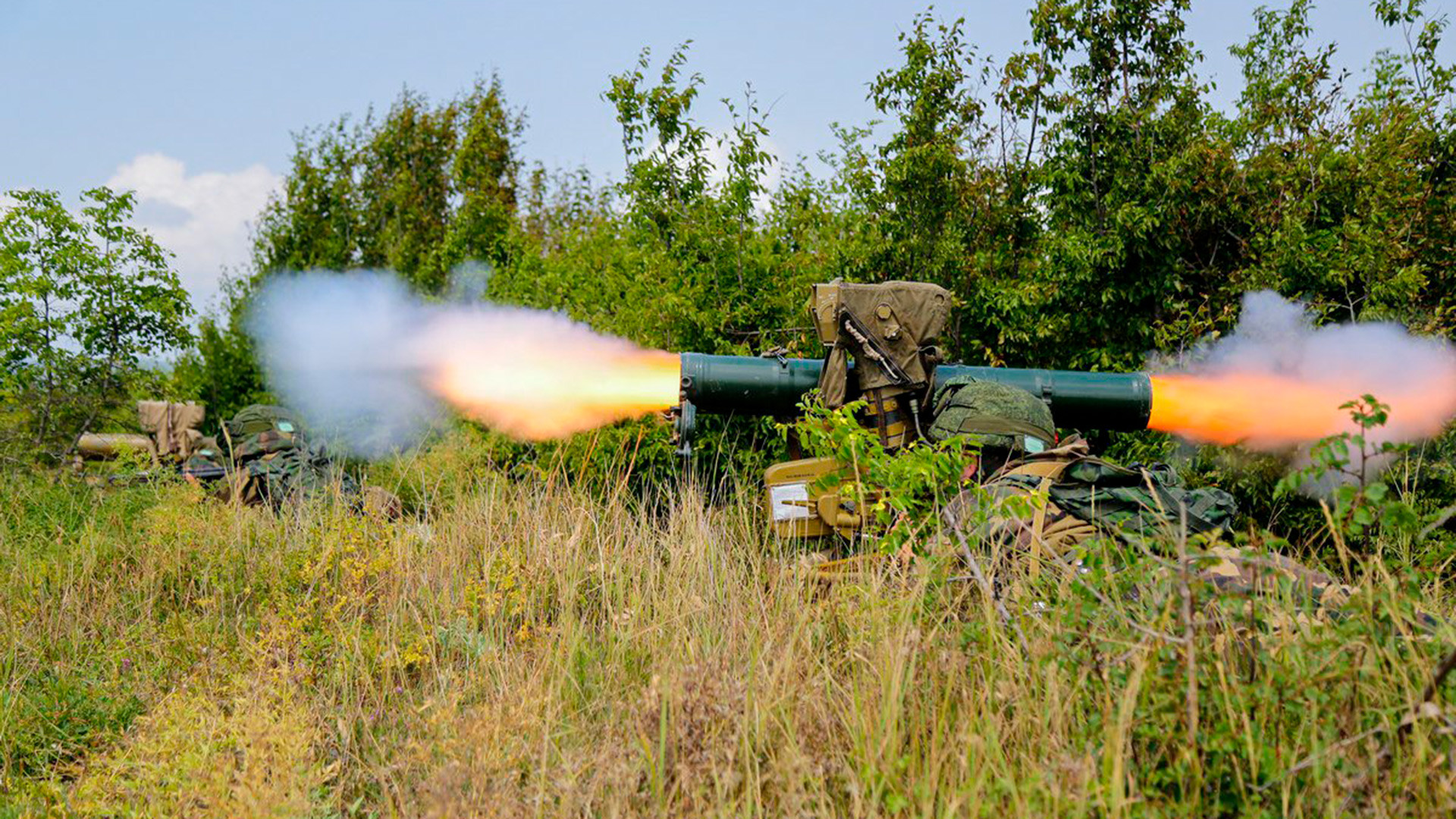 Defense Ministry of the Russian Federation

The system resolved all the shortcomings of Malyutka, freeing soldiers from having to manually set up and target the missiles. Moreover, there were no more worries that the tank would move out of the crosshairs — all that needed to be done was point the projectile at the target, press the launch button, and then make a cup of tea, since the homing system was in complete charge, adjusting the flight path in accordance with the target’s movements.

The Fagot featured a powerful 135-mm shell. As before, the missile had a cumulative warhead capable of burning through metal on collision with the target, but instead of 200 mm, the chemical payload could now penetrate 800 mm of steel. 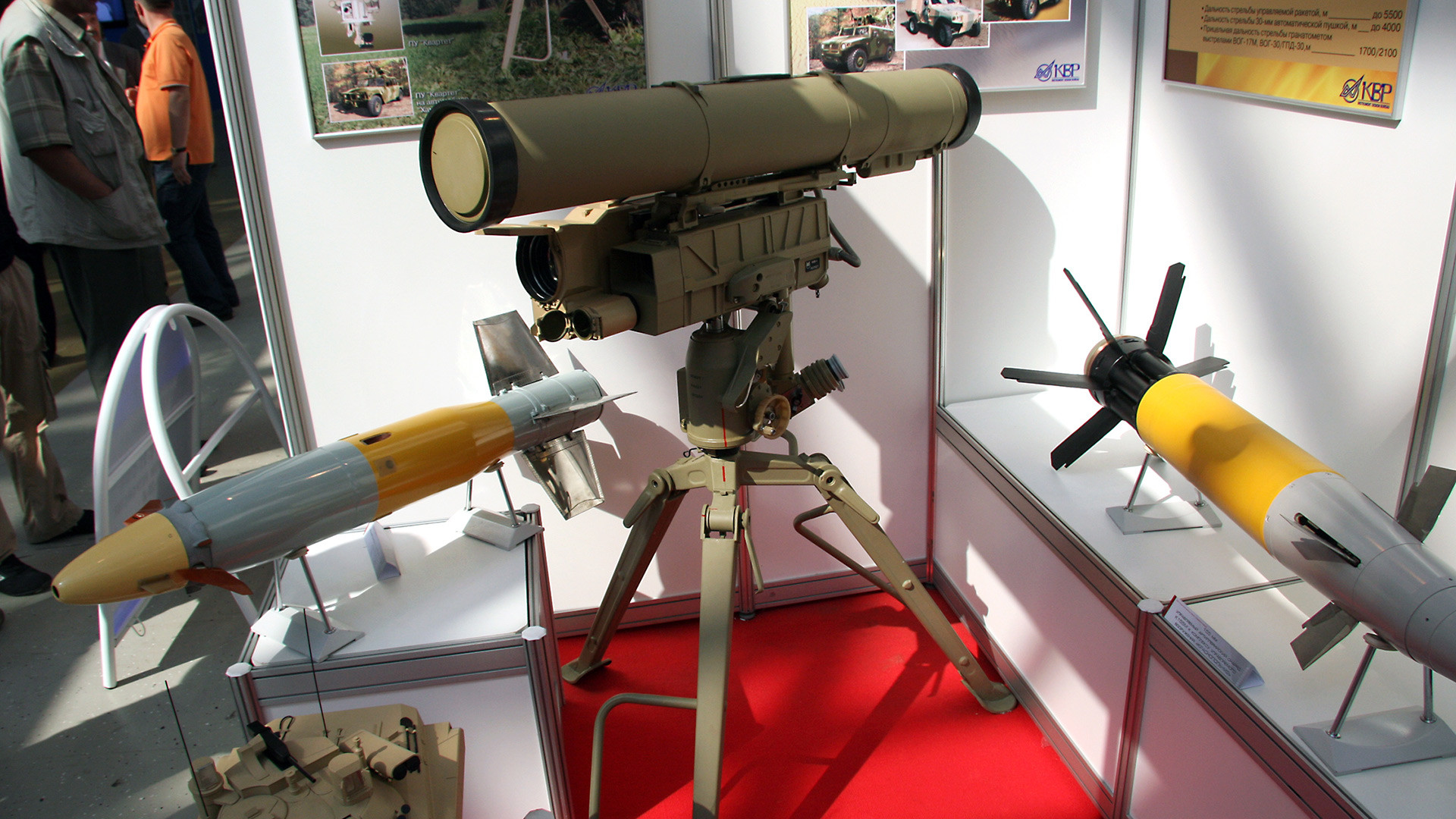 Russia’s modern anti-tank infantry system is called Kornet (“Cornet”). In operation since 1998, it is designed to destroy tanks and other armored targets, including ones equipped with reactive armor technology.

“This is a special type of armor that reacts when struck by an enemy projectile, thereby negating or minimizing the impact. The tank and crew remain intact, able to continue combat missions on the battlefield,” Viktor Murakhovsky, editor-in-chief of Arsenal of the Fatherland magazine, told Russia Beyond.

What’s more, the Kornet is fitted with a laser beam guidance system, which allowed the development of a modified version able to hit high-speed (250 m/s) air targets at a distance of up to 10 km and an altitude of up to 9 km.

“The latest modifications of the Kornet operate on the ‘fire-and-forget’ principle. The homing systems of the latest models have automatic target locking and tracking technologies. But there’s one defect that engineers are working on — the enemy has to be within visual range of the launcher, which is what guides the missile to the target right up to impact,” says Murakhovsky.

Nor has the new missile anything to fear from bad weather, including rain and fog, which were the bane of past systems.

The system has several advantages over its main rival, the US Javelin.

“Above all, there’s the price difference. The Kornet is ten times cheaper than the Javelin ($20,000 vs $200,000). The former has a superior range (2.5 km vs 10 km), but the latter has far greater accuracy and a wider choice of attachable warheads. So you can argue long and hard about which is better,” explains Murakhovsky, adding that Russia is currently working on a new system to replace the Kornet, due to be unveiled in the coming years.