Science & Tech
Igor Rozin
Marina Lisceva/TASS
This year, Russia revealed its first ever medium-haul planes, as well as plans to deliver its fifth-generation fighters jets to (you won’t believe it)... NATO itself!

These jets were created to rival the US’s best planes of this era, the F-22 Raptor and F-35 Lightning II. The SU-57 received Russia’s latest weapons, as well as the latest fighter jet technologies, thus allowing these planes to fly at speeds of up to 2,000 km/h while in the skies.

Yet, the two countries still have to settle all potential details and are yet to sign a contract. 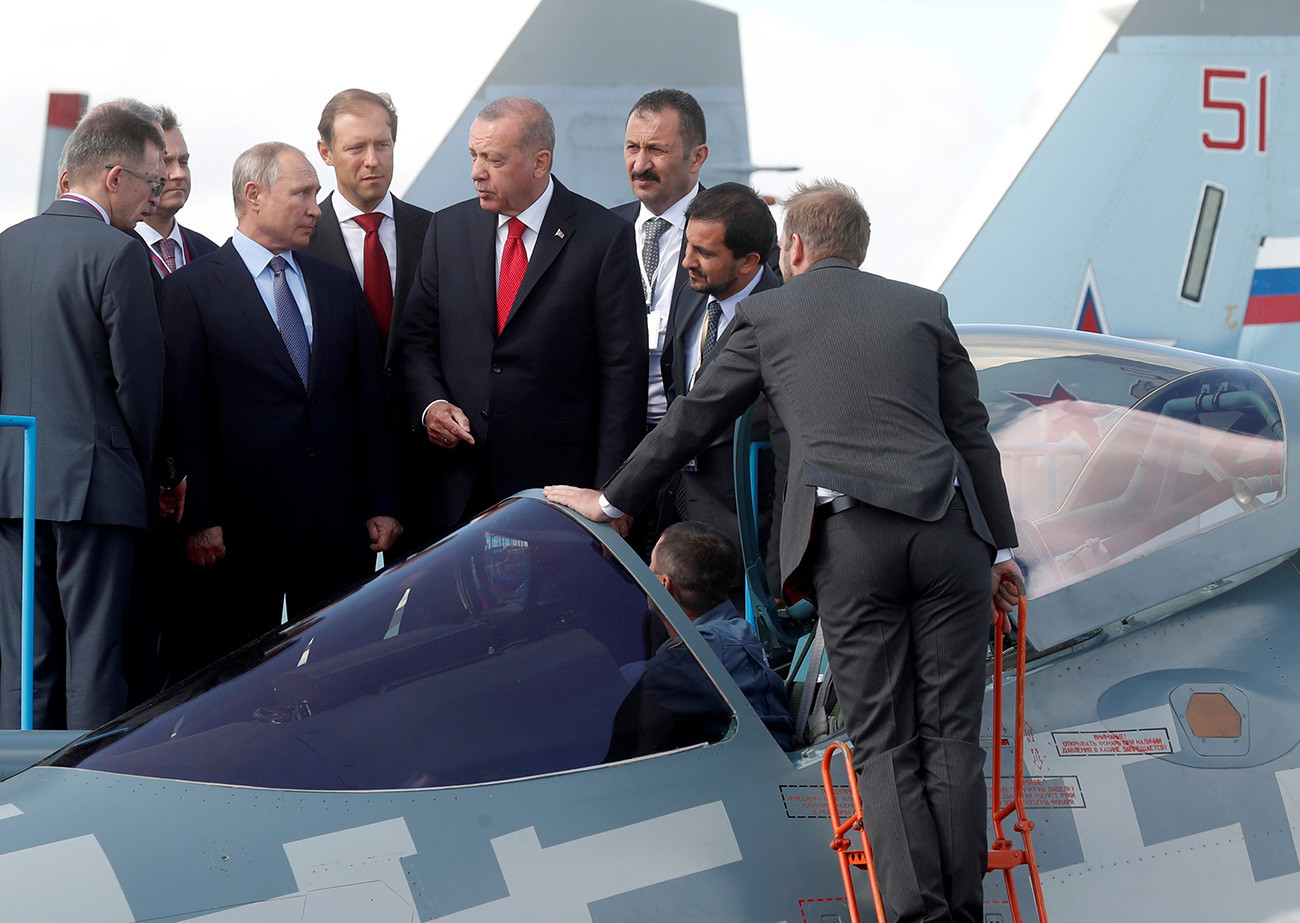 A new era light Ansat helicopter with an Aurus-designed cabin. It weighs around 1,3 tons and has been created for business-class customers. It can cover a distance of 520 km on a single tank at a cruising speed of 240 km/h. The max altitude is around 6,000 meters, depending on its load. 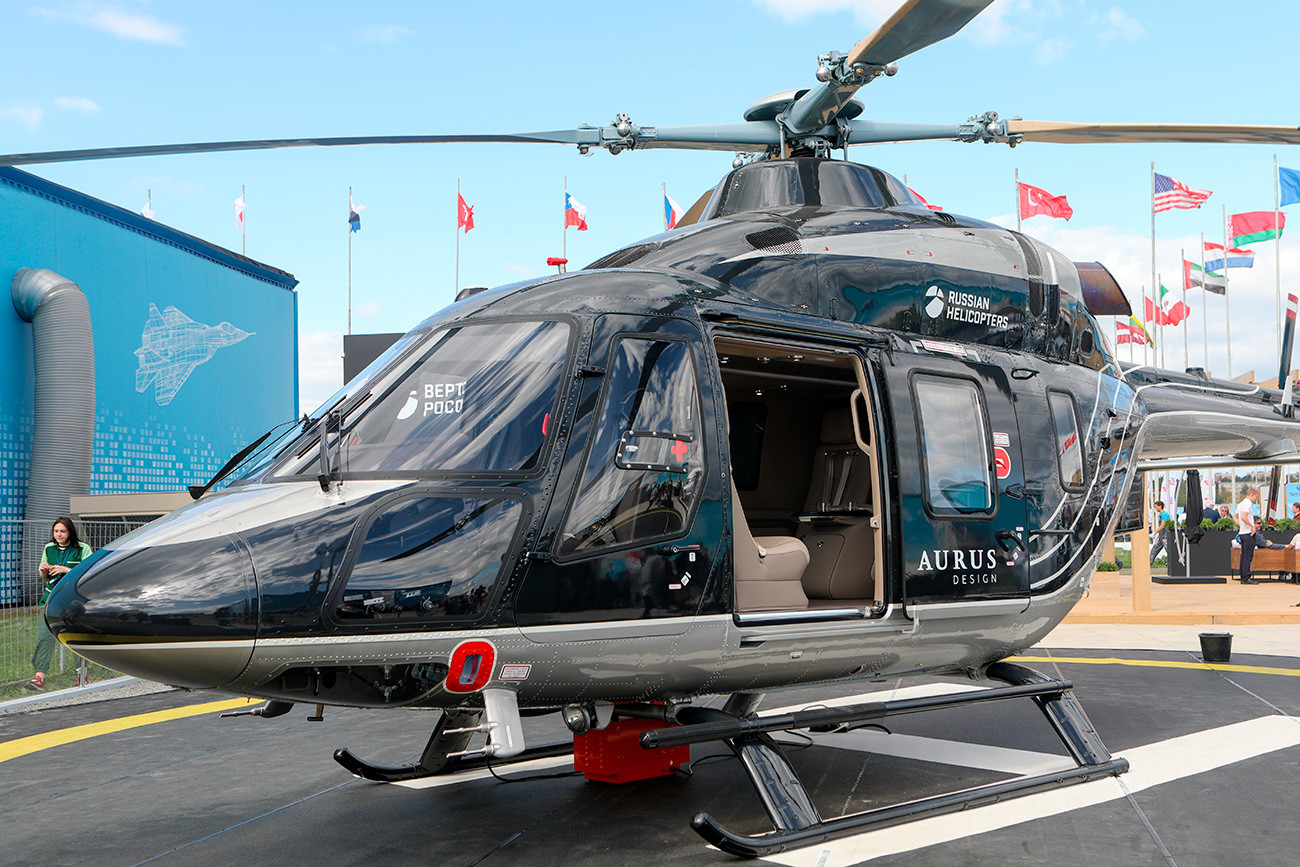 The customized helicopter has a special cabin fitted with individual lighting, a climate control system, a bar, tables and a list of other essential premium-class features 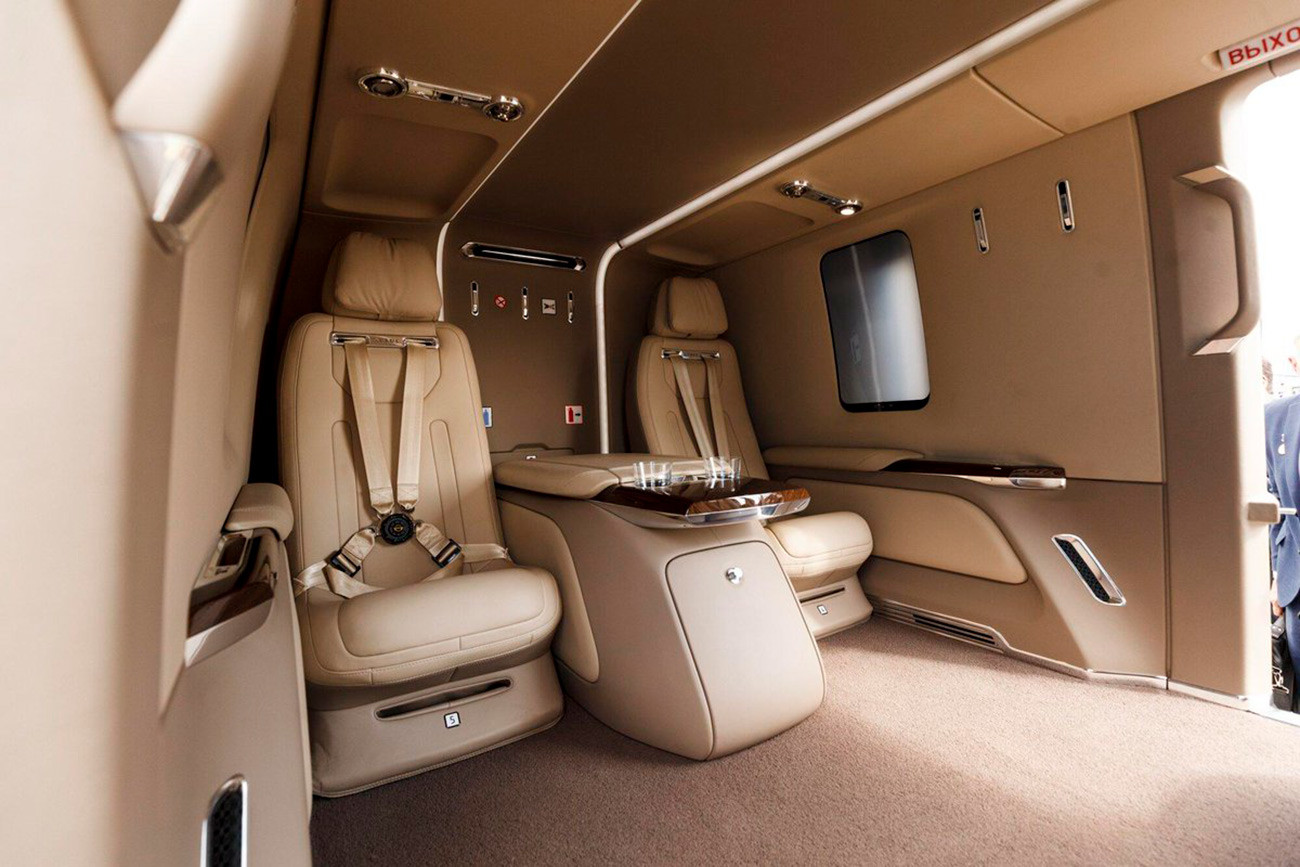 Cabin and the luxury interior of the helicopter Ansat Aurus, presented at the aerospace salon MIT Russia

, a Russian car-maker recently began supplying the Russian President with a luxury car to rival Rolls Royce and Bentley. One of these cars was revealed at air show. It’s massive: 5.63 meters long and 2.2 meters wide, powered by a gasoline engine that produces 598 horsepower. It also has an additional 62-strong electric engine that supplements it for faster acceleration 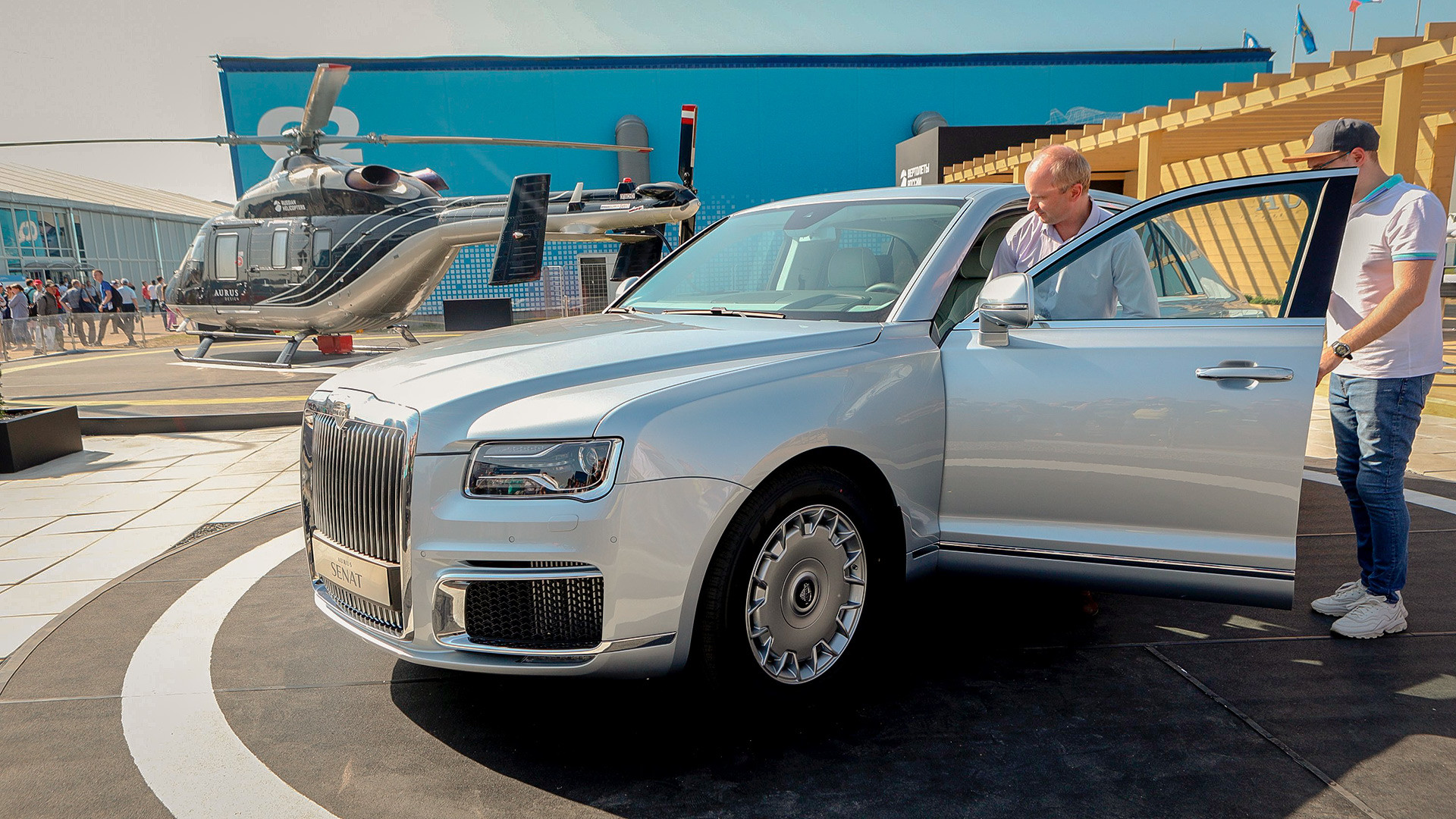 reveals its first medium-haul passenger airliner, the MS-21-300, that can carry from 163 to 211 passengers up to 6,000 km. It’s the country’s first passenger liner of this class ) since the fall of the Soviet Union 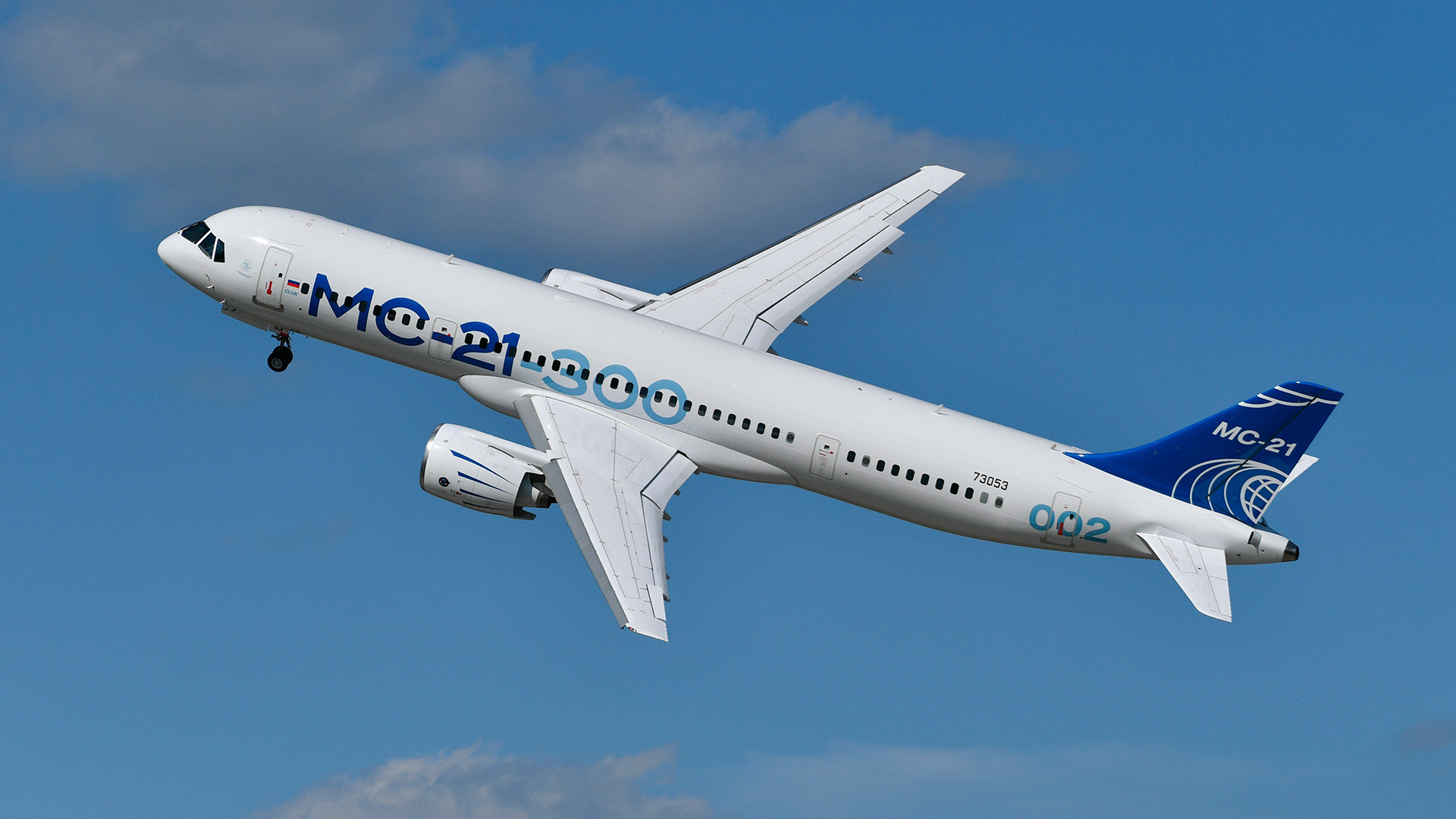 hopes are being vested in the plane and for good reason.

It fully meets the highest IAC (Interstate Aviation Committee) standards and has been designed for customers with different needs and requirements. For instance, the diameter of the fuselage has been increased to allow the interior to be reconfigured to meet the specifications of each individual carrier 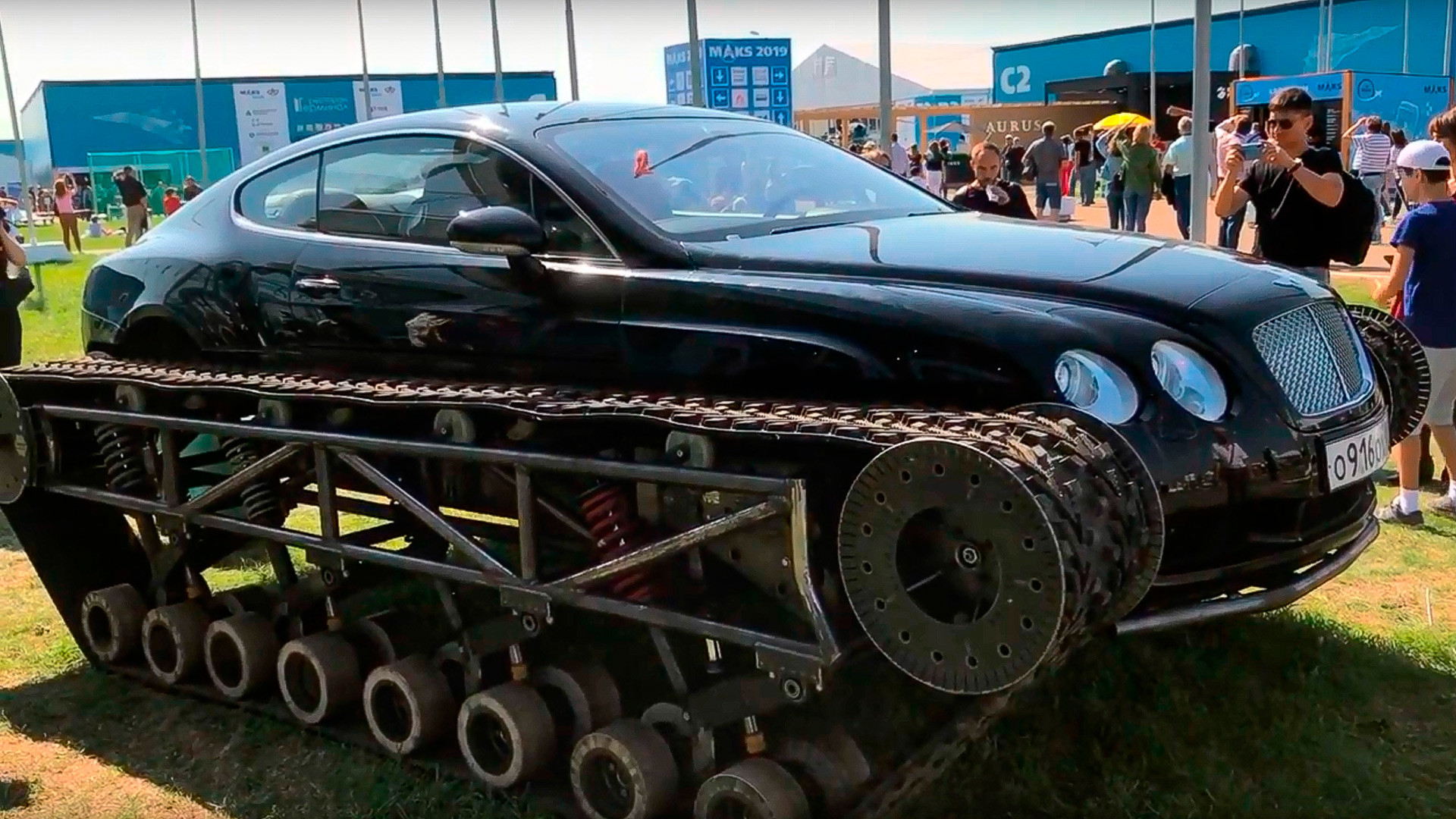 Youtuber ‘AcademeG’ took a Bentley Continental GT, mounted it on caterpillar tracks, offering the “perfect” solution for a luxurious drive through a snowy wasteland! Or at least a car Mad Max would be proud of! 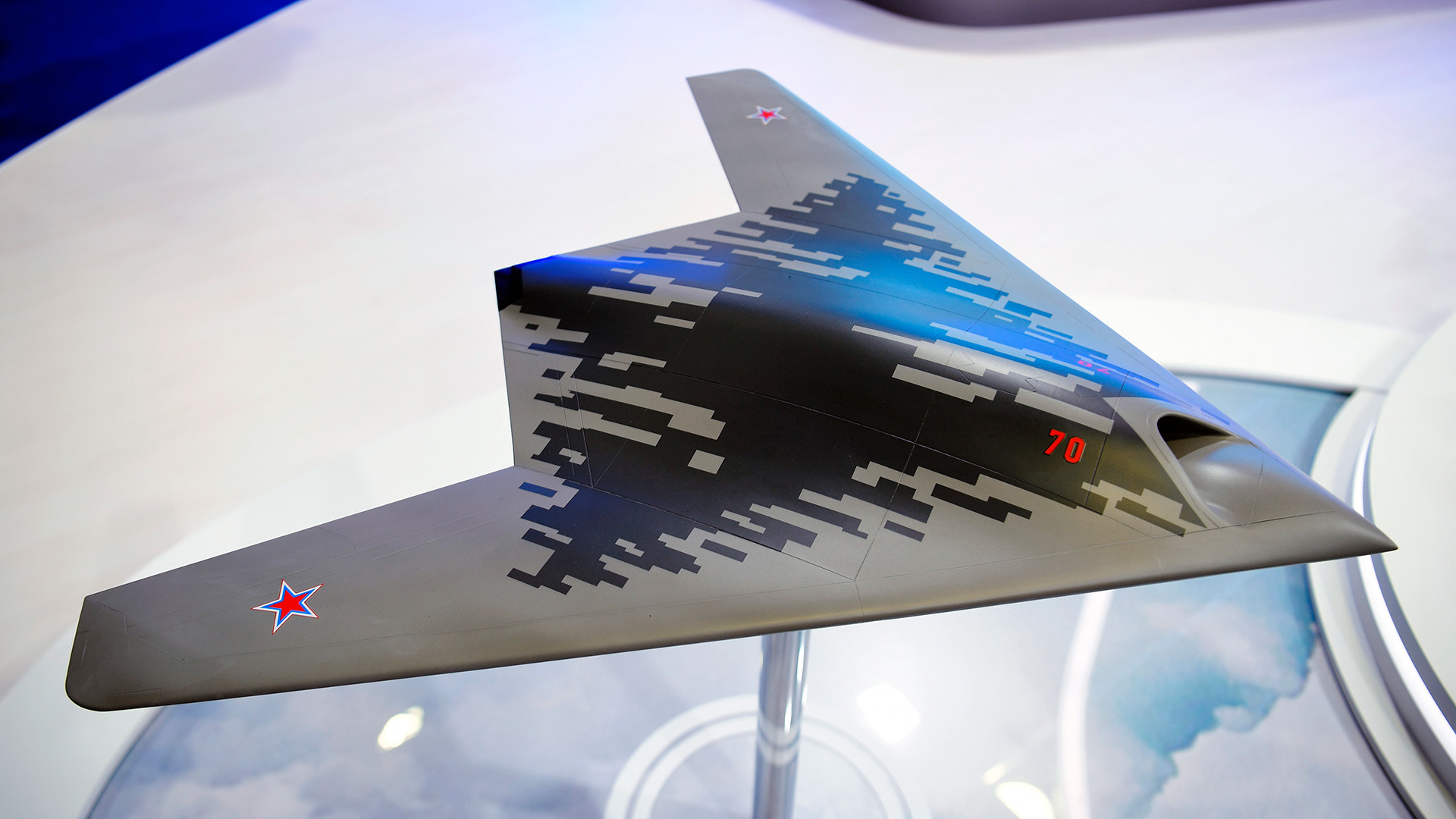 This is one of Russia’s first unmanned aerial vehicles (UAVs) that will be able to deploy weapons designed for fifth-generation fighters. The displayed model is called ‘Ohotnik-M’ (Hunter).

The drone is also highly autonomous, thanks to its AI 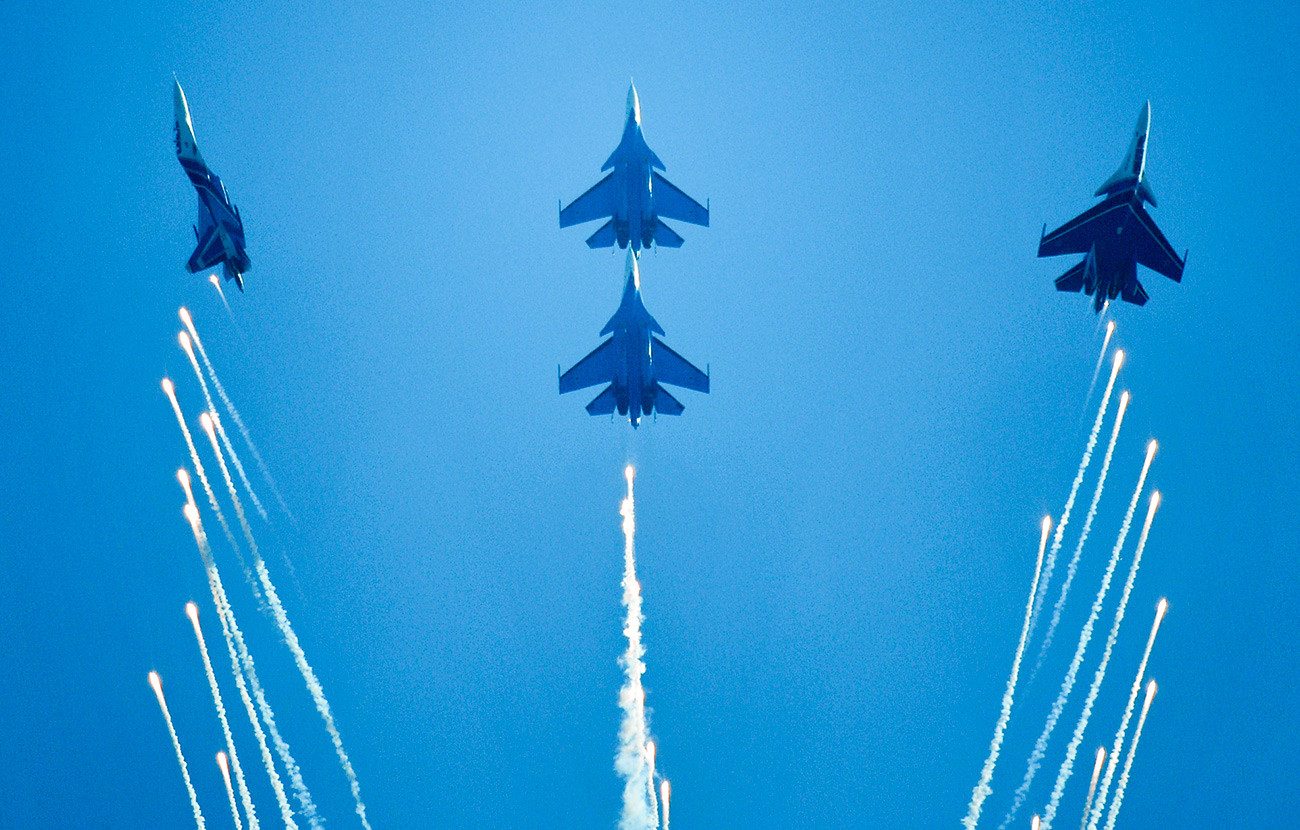 Russian Knights, the world's first aerobatic display team, show off their skills in the air during the MAKS-2019 air show. They brake dramatically in mid-air, turn on a dime, and rapidly accelerate, entertaining the public and high ranked officials from all over the world 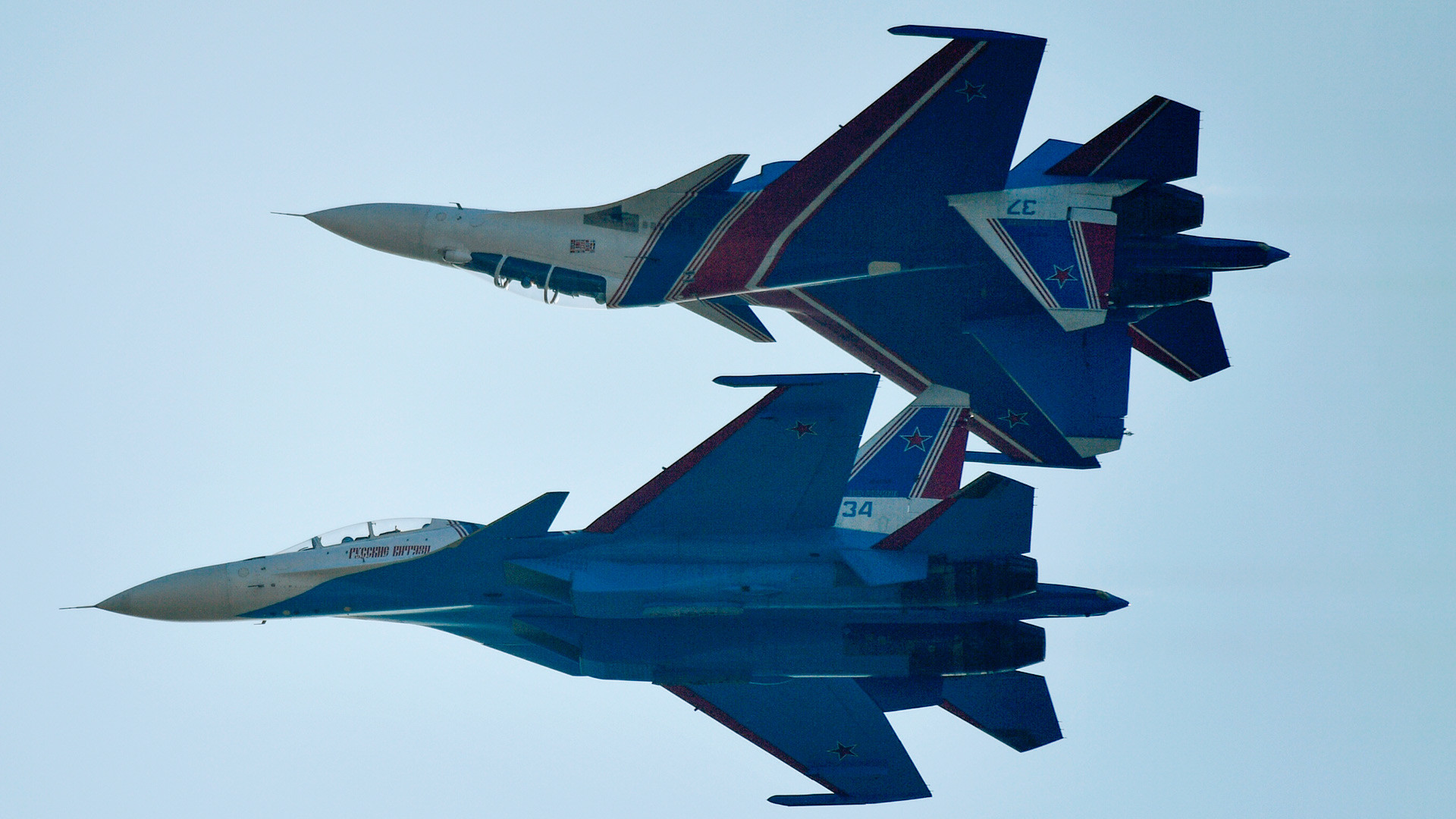 Su-30SM fighter jets display their potential in the air. 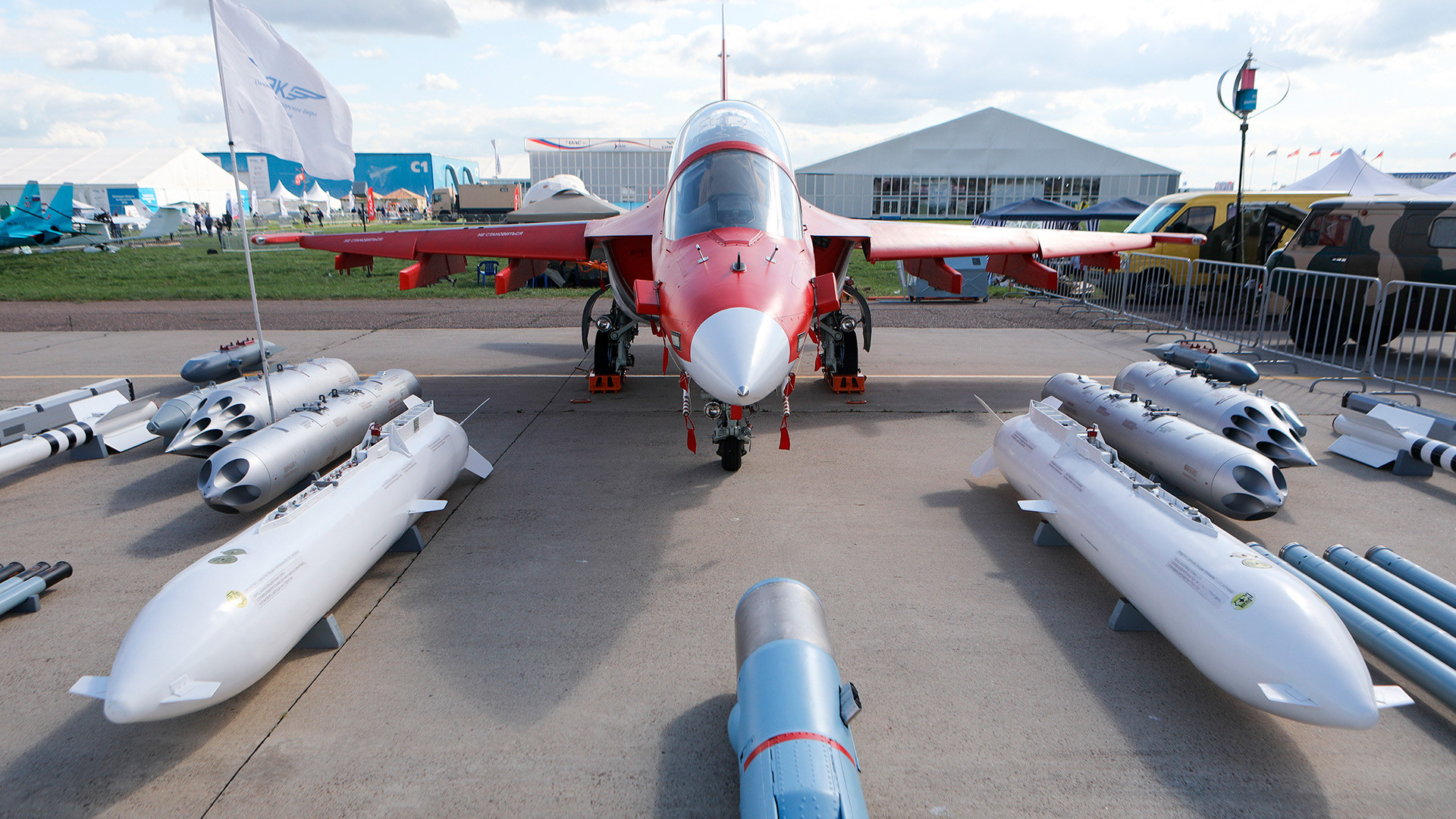 A Russian fighter jet loaded with air-to-air and air-to-surface missiles that can become a worthy addition to any military for the right price.