Science & Tech
Igor Rozin
Sergei Kiselev/Moskva Agency
Russia has revealed a number of models that it plans to use to capture the civilian air  transportation market and squeeze out US and European competitors around the world.

Two of those “market changers” are the medium-haul MS-21-300 airliner and the Ansat helicopter with an Aurus branded cabin. 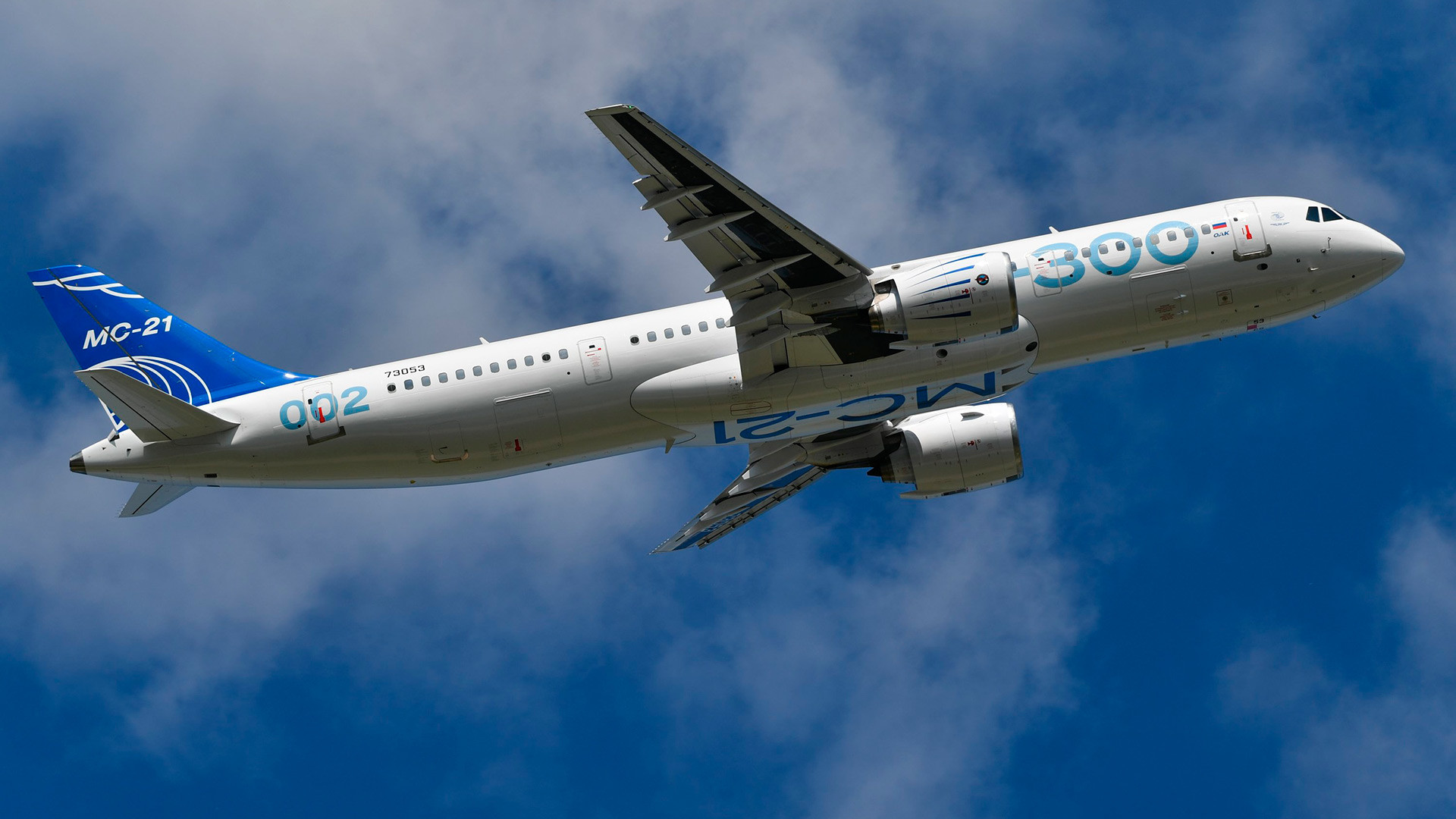 Great hopes are being vested in the plane - and for good reason.

It fully meets the highest IAC (Interstate Aviation Committee) standards and has been designed for customers with different needs and requirements. For instance, the diameter of the fuselage has been increased to allow the interior to be reconfigured to meet the specifications of each individual carrier.

What’s more, the plane's engines have also undergone a series of upgrades in order to meet modern technological standards. The emphasis in designing the plane's new "beating heart" has been placed on reducing noise and harmful emissions, so that there is negative impact on the environment. Because of this, the MS-21-300 uses less fuel than its competitors, while at the same time being capable of flying at cruising speed.

The plane is also lighter than competitors of the same class through the use of a larger proportion of lightweight composite materials (which account for 40 percent of the total).

The climate control inside the cabin should also please even the most sophisticated and fastidious passenger - internal pressure has been increased, an air humidification system and state-of-the-art biological filters have been installed, there is provision for three temperature control zones, and so on.

The developers hope that full certification will be completed in 2020 and series production of the airliner will be able to start in 2021.

Visitors to the MAKS air show at Zhukovsky were able to take a look inside and admire it being put through its paces in the air.

Ansat helicopter with an Aurus cabin 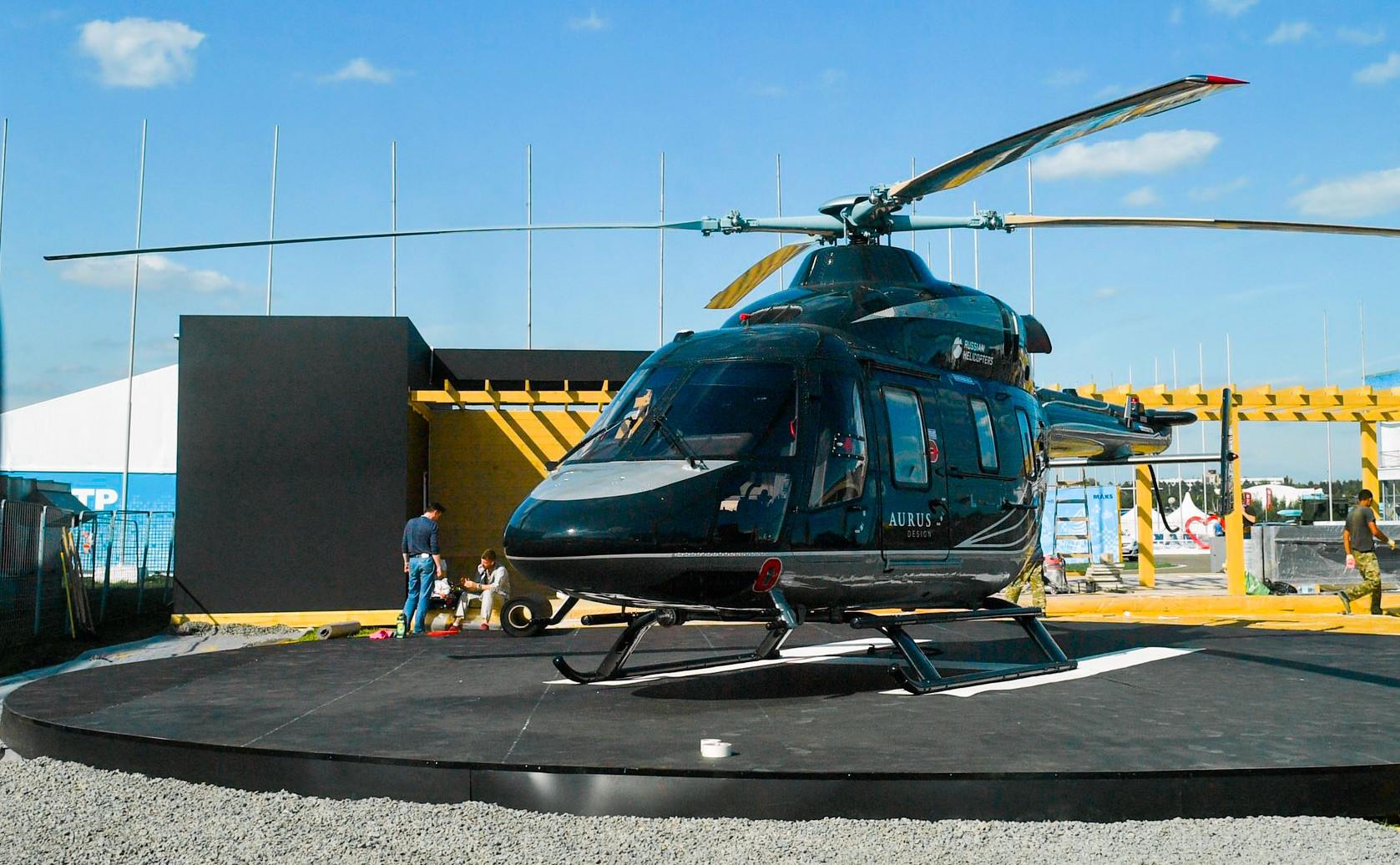 The inexpensive and reliable Ansat helicopter is already in use in Russia, and feedback about it among civilian and military users is positive. It is quiet and easy to handle, while at the same time being capable of fairly fast speeds.

It’s a light-category helicopter with a load capacity of 1.3 tons and can carry up to nine people.

In of all the above, it was quite logical that a business class Ansat with a fitting cabin should be developed. Step in the makers of Putin’s presidential limousine, Aurus. The key differences from the standard version are to be found inside. It's the same helicopter, but with a special cabin fitted with individual lighting, a climate control system, a bar, tables and a list of other essential premium-class features.

The Ansat is of single-rotor construction and is powered by two 620 hp engines. The fuselage is made of composite materials and smoothly transitions into its tail boom with horizontal stabilizer and endplates.

Depending on how it is fitted out, the aircraft can be used for both civilian transport (passengers, freight) and patrolling terrain or mounting search and rescue operations. It can cover a distance of 520 km on a single tank at a cruising speed of 240 km/h. The effective altitude ceiling of such a helicopter is around 6,000 meters, depending on its "load".