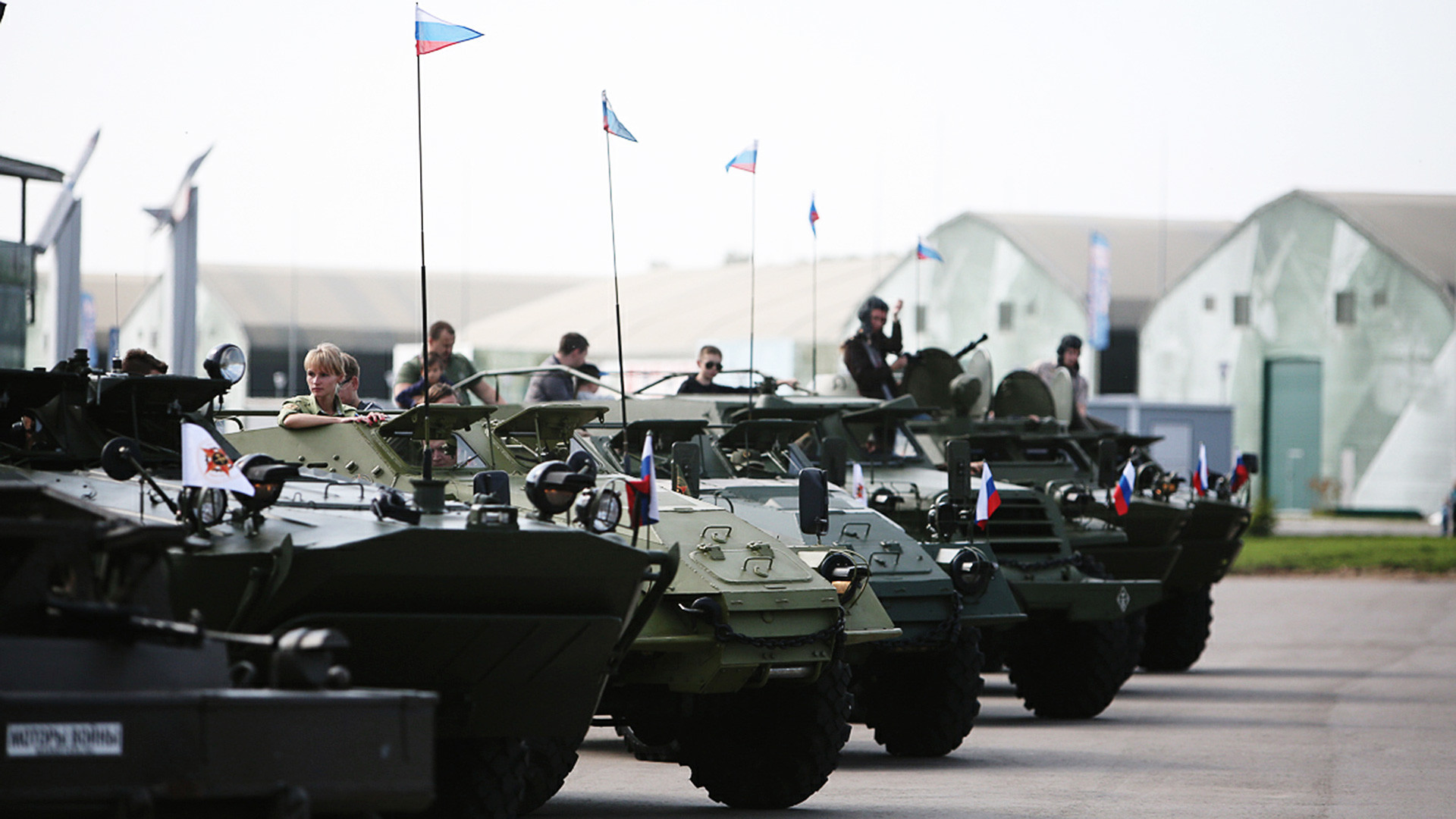 Park Patriot
Over 54 square kilometres of military hardware, including hundreds of tanks, jets and rockets. With internal transport to support the park’s sheer size to a mini Reichstag for airsoft games, the official theme park of the Russian Armed Forces is a must-see. 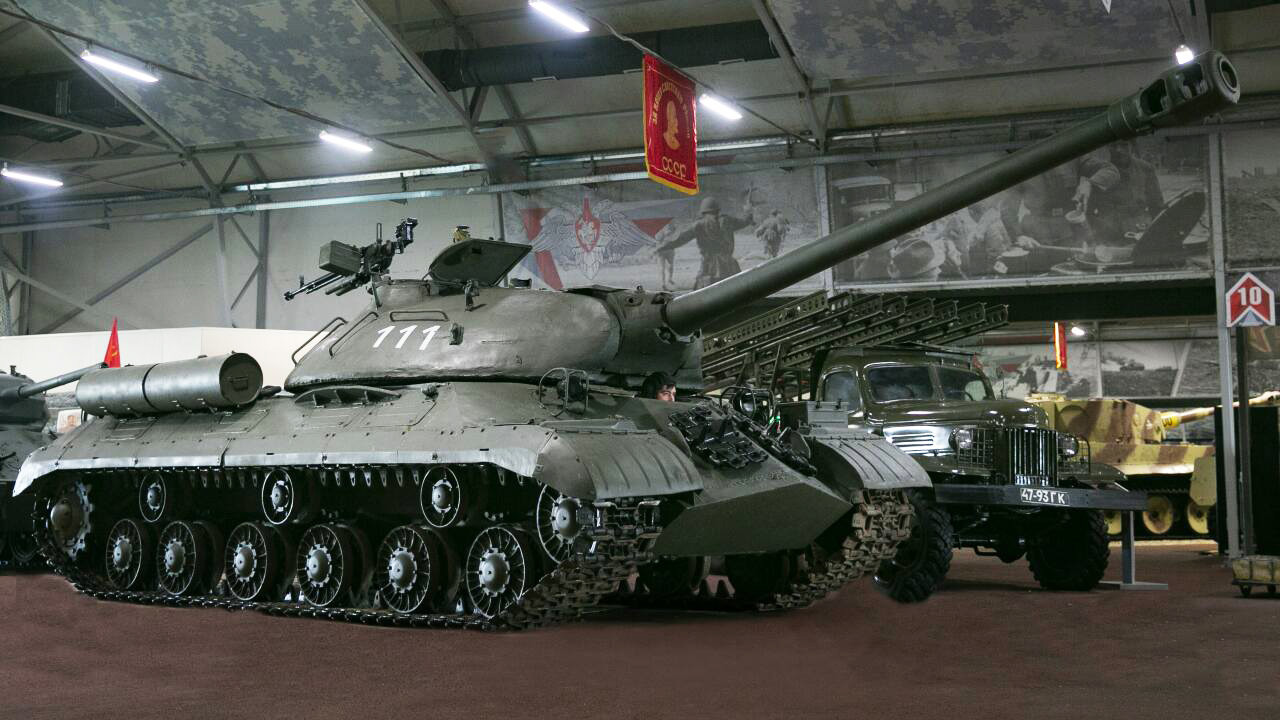 Patriot Park (or Park Patriot, as it’s known in Russian) is a theme park dedicated to the technology and equipment of the Russian army. Countless pieces of military hardware are displayed to the public, ranging from restored WWII-era tanks to modern top of the line weaponry. It is well worth a visit for any fan of military tech and hardware. 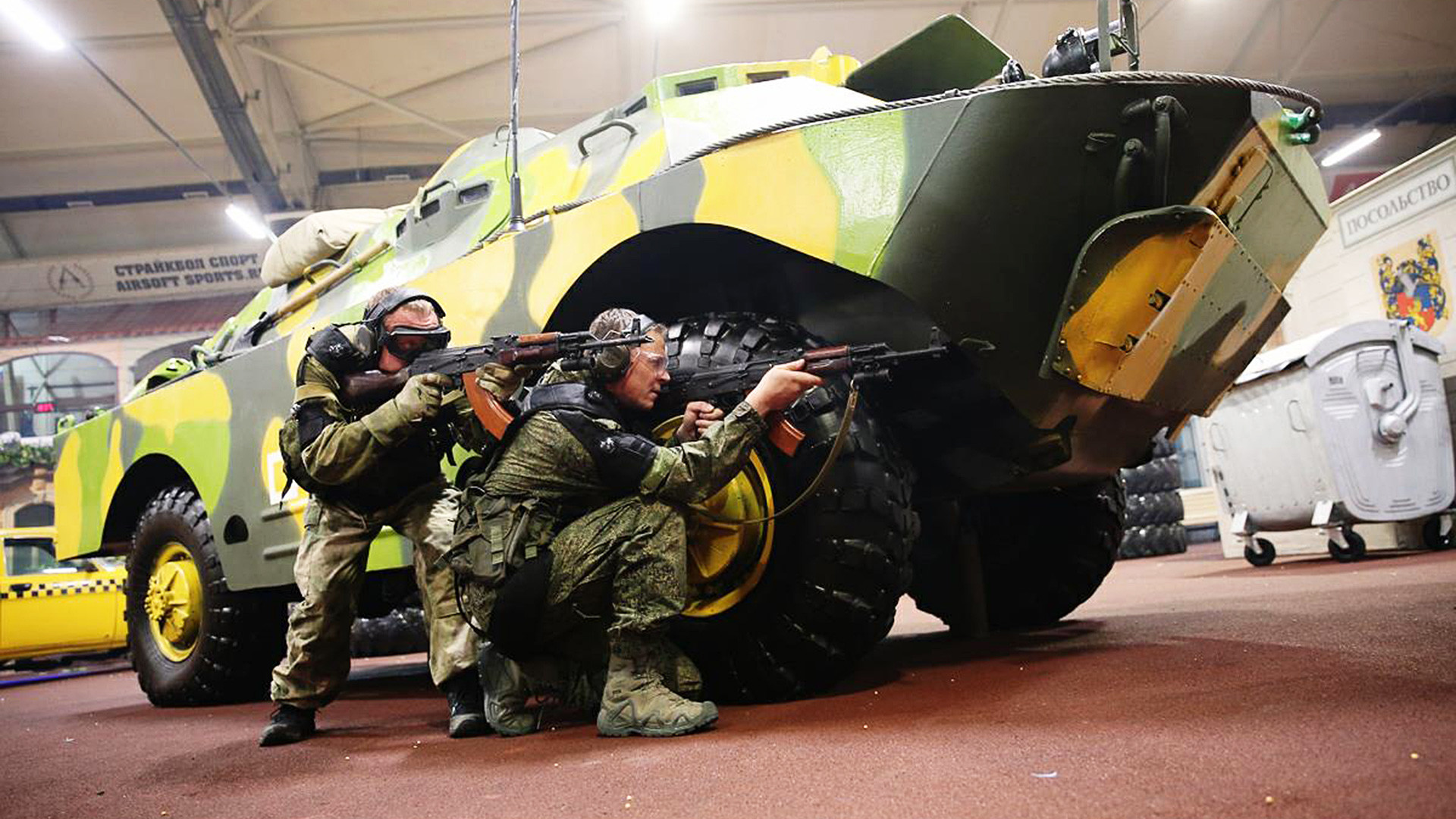 The museum is home to many activities, including simulators, enterable cockpits, climbable tanks and even a firing range where you can prove your shooting skills (Russian nationals only) with the iconic Kalashnikov assault rifle. 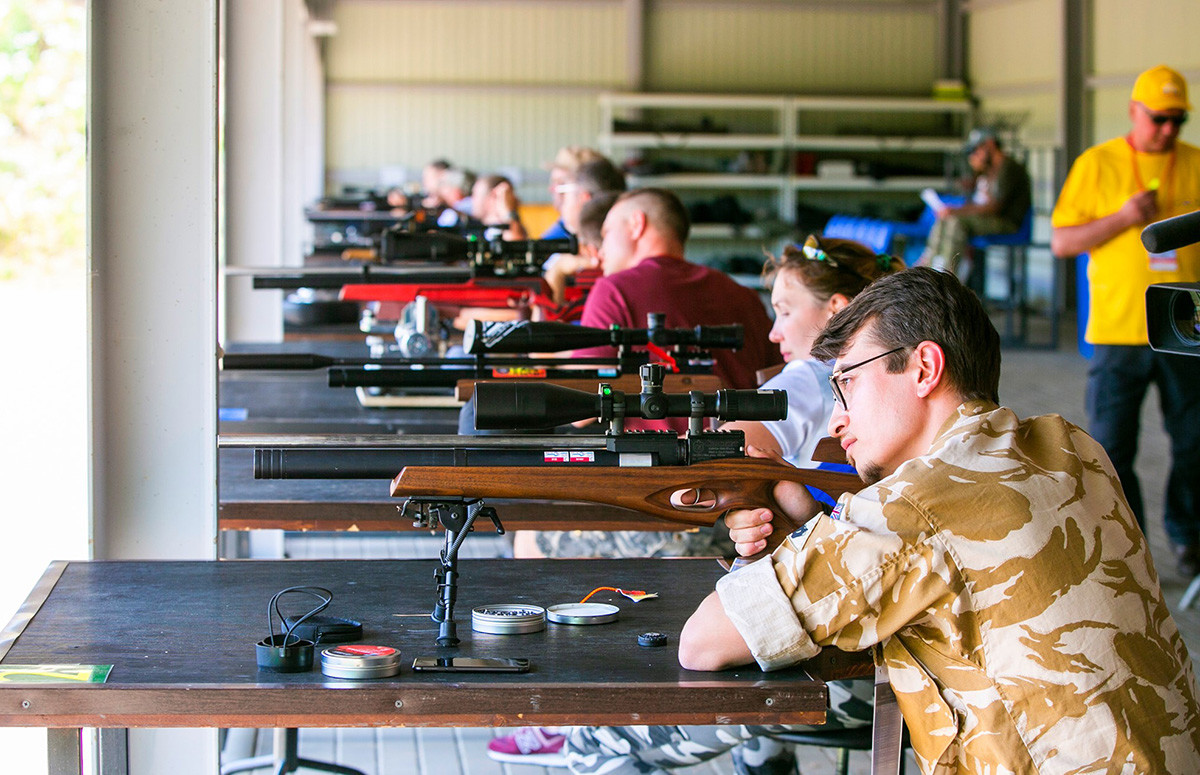 Construction started in 2014 and is still in full swing today. Several pavilions are still planned, along with the humongous main cathedral of the Russian Army. The Park also hosts the yearly Army expo - a military tech show featuring the latest cutting edge technology Russian arms manufacturers have created for potential buyers. 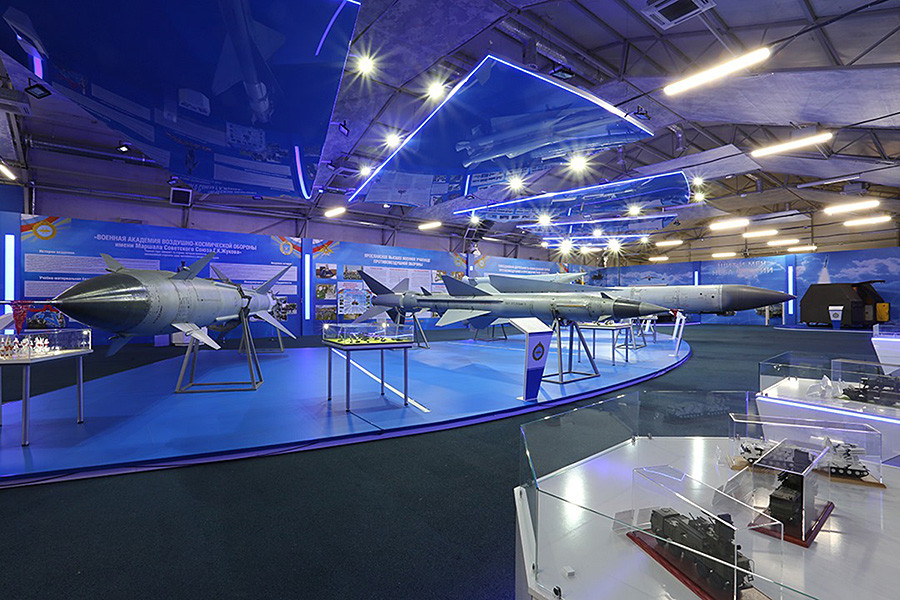 Even though the park is not finished entirely, a visit to this enormous complex is definitely worth it. And If military tech might not be to your liking, an escape from Moscow’s busy city center into the country’s vast countryside definitely will be. 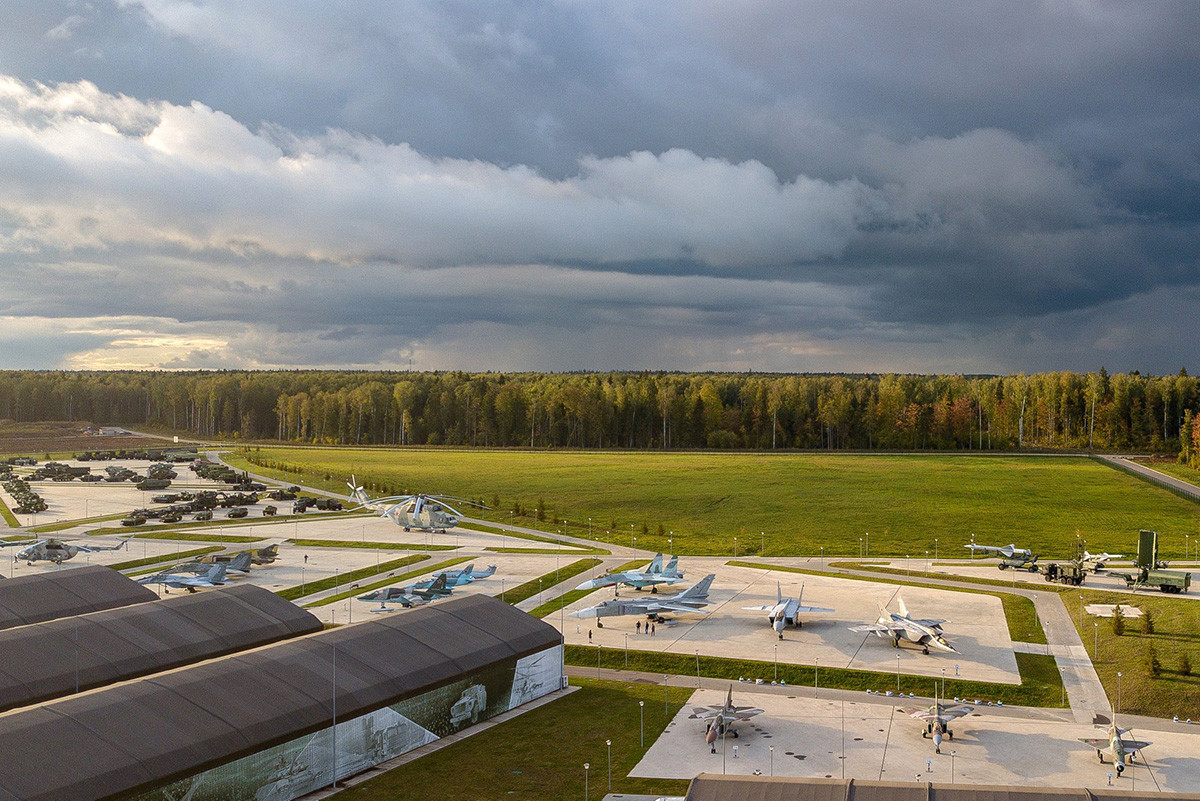 The easiest way to visit from Moscow is by car. The park is situated along the M-1 (Minsk highway). The highway exit is marked by a road sign on the 55th kilometer (in Russian only).

The park has regular parking spaces and VIP spaces (closer to the entrance). Parking costs  ₽200 ($3) per day. 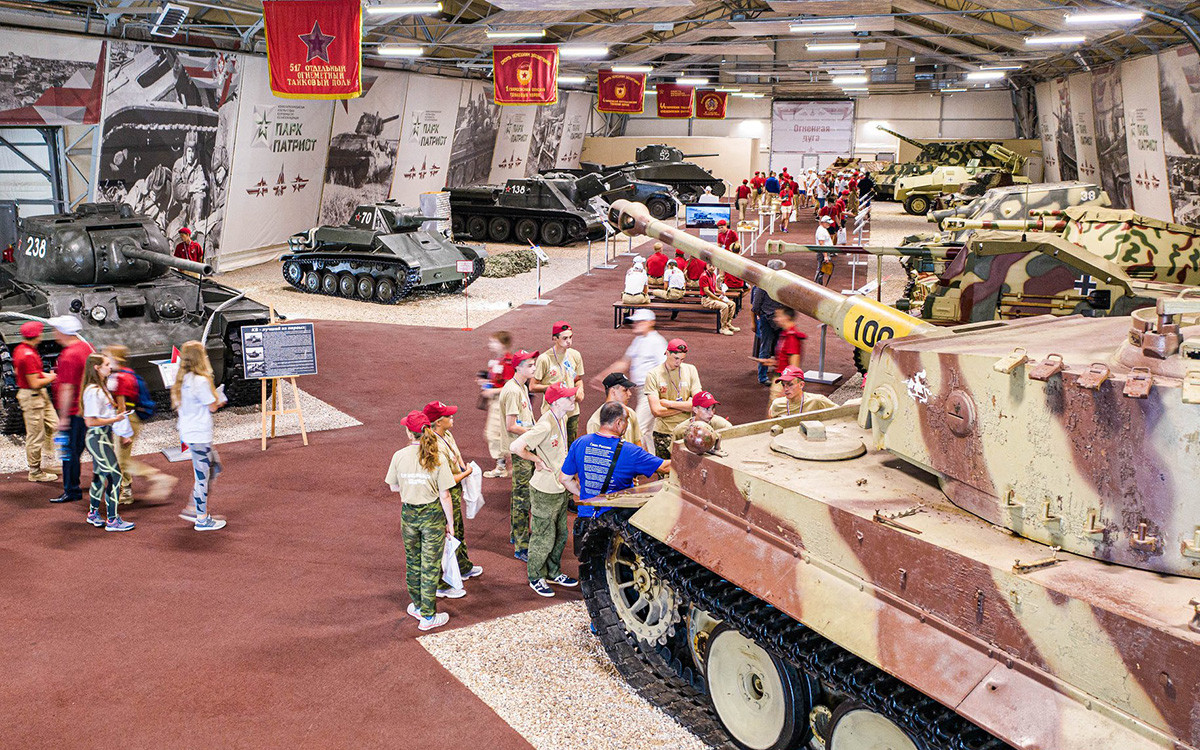 The park is incredibly large and spread over multiple compounds. Shuttle bus transportation easily brings you from one site to the other. The bus also stops at museum site no. 2 (in Kubinka), the largest tank museum in the world, boasting a staggering collection of hundreds of WW2 and Cold War vehicles. If you’re feeling energetic, there are bikes up for rental to traverse the massive area. On days with no public events, transportation in the park is possible with your own car. 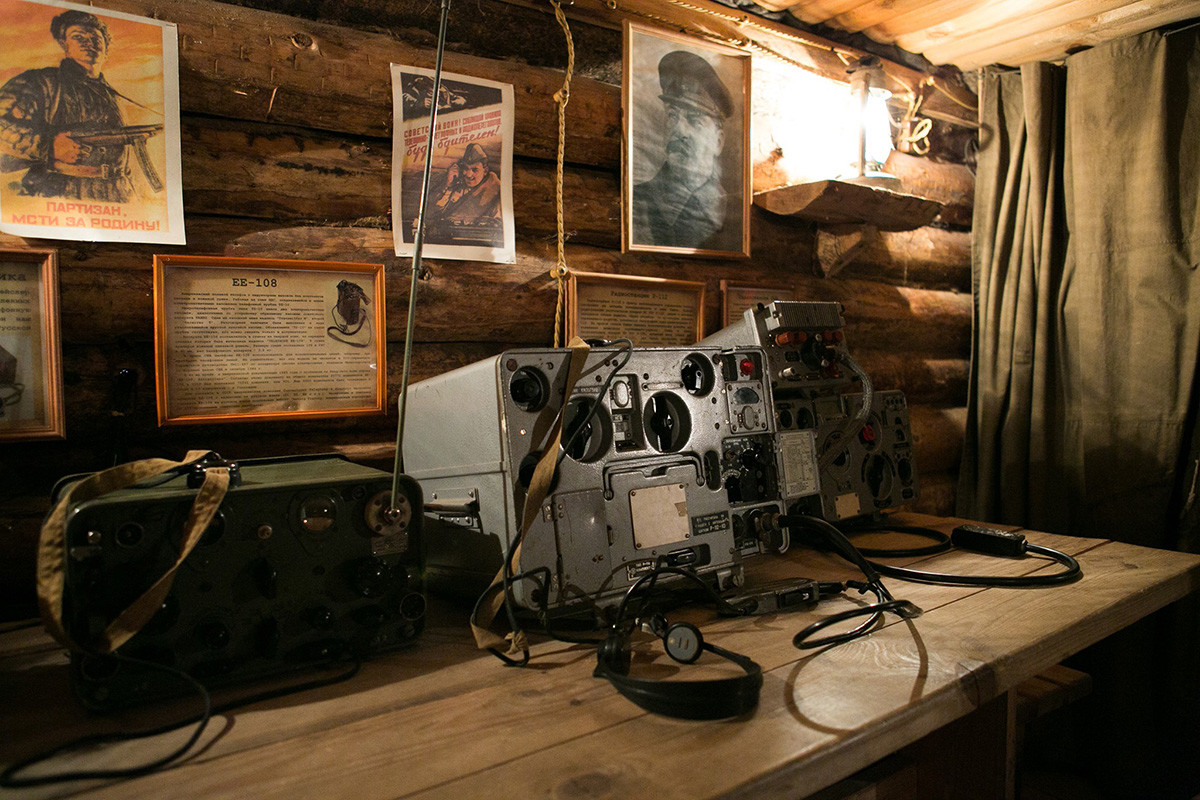 Getting to Patriot Park using public transport is difficult, but possible. The best way is to take a suburban train from Moscow to the nearby town of Golitsyno. Several trains departing from Belorusskaya Station in Moscow have a stop at Golitsyno (timetable here). You can use the ticket machines, which feature English, or you can ask the lady inside the ticket booth. 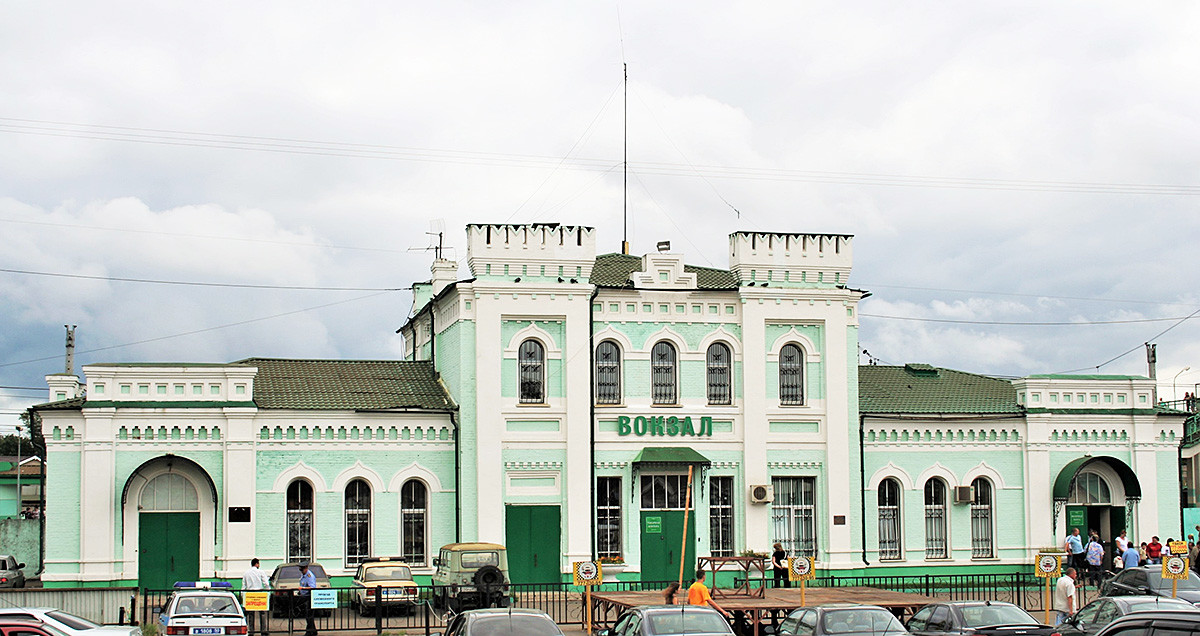 Once you have arrived at Golitsyno, there is a taxi bus that takes you to Patriot Park. It stops at the taxi stop next to the “Prospekt” shopping center. When you get off the train, walk up the stairs in the Moscow direction (opposite the direction of the train) and turn right. Go downstairs on the left, walk 100 meters (to the end of the street) and then turn right. Another 100 meters will bring you to the taxi stop. Look for the shuttle bus with the letters “Парк Патриот” on a paper under the windshield. For  ₽70 ($1.07), the driver will drop you off at the entrance.

The hourly trip takes 30 minutes from Golitsyno station. Remember where you got off the bus, as it departs from the same location on the way back to the station. 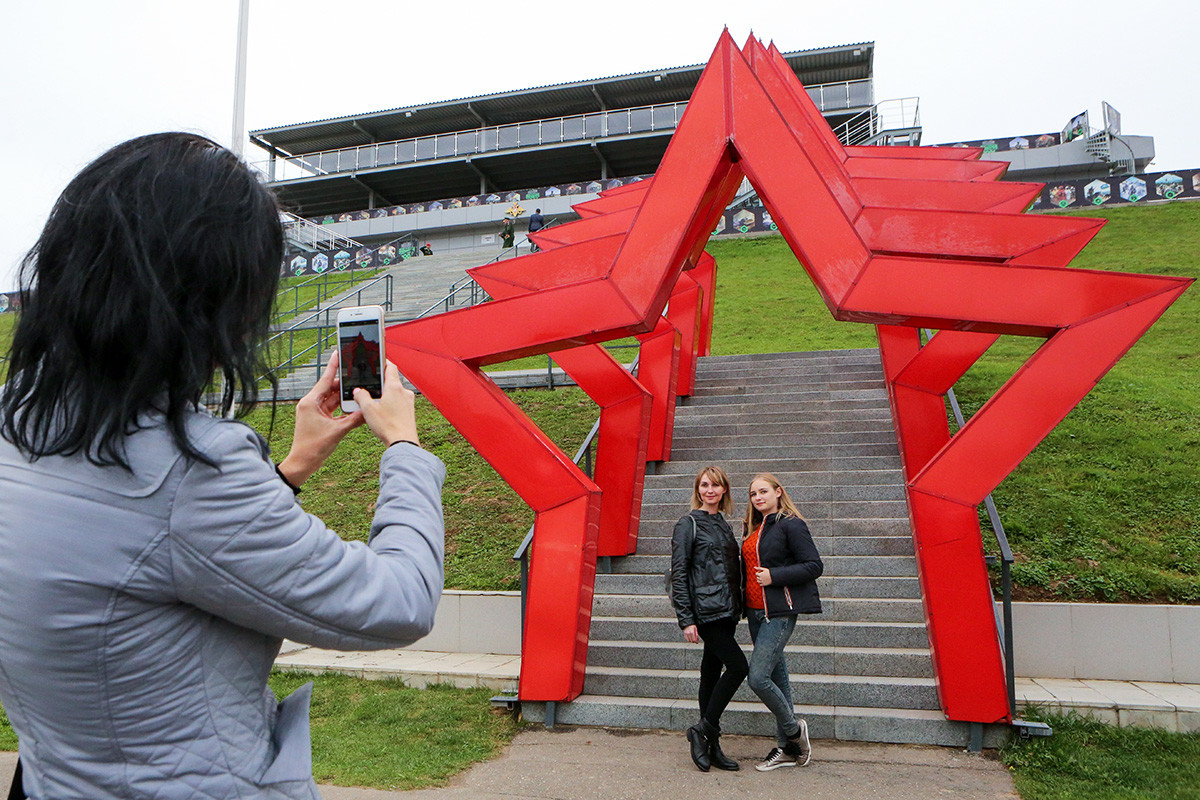 Up-to-date schedules for both the external and internal transport can be checked at every information desk in the park or requested through the support chat at their official website.

Pro tip: Make sure to visit early in the morning, as the incredible size of the museum makes it difficult to see everything in one visit.