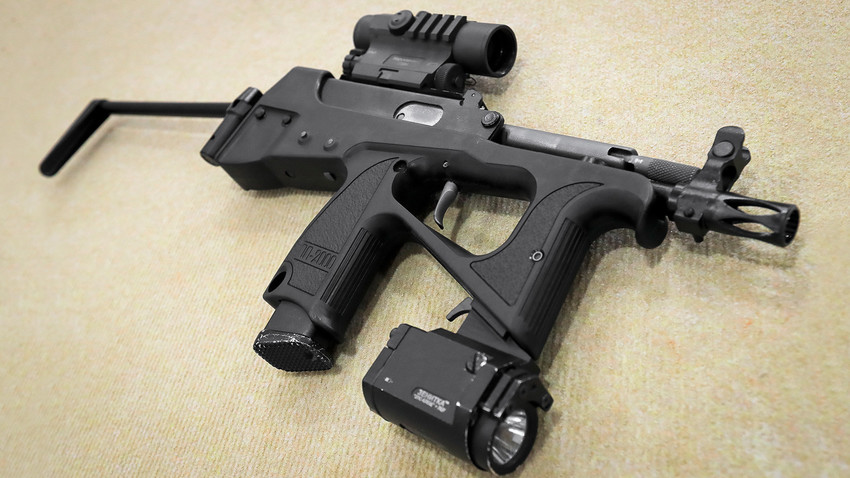 Sergey Pyatakov/Sputnik
These are some of the most futuristic Russian weapons that would fit perfectly into any Hollywood action movie. 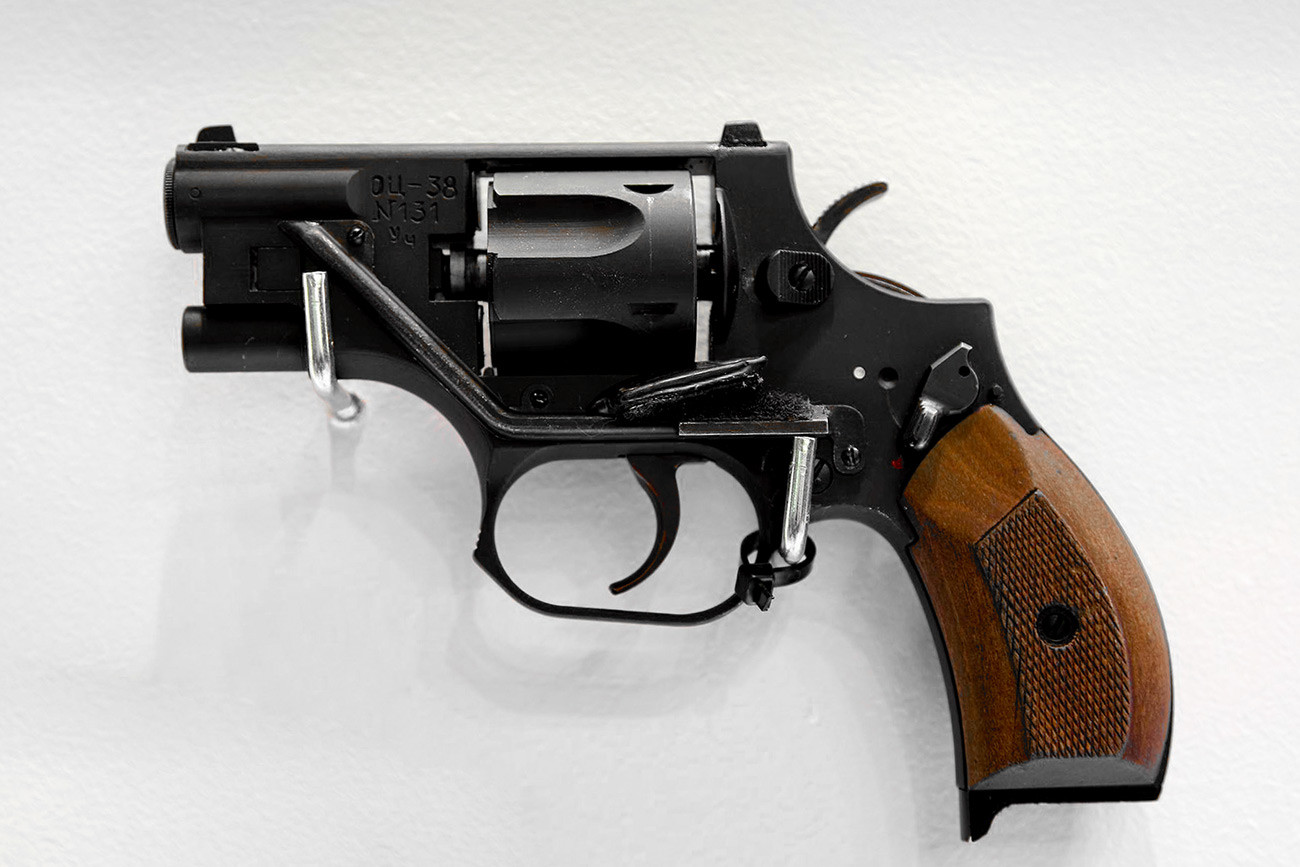 This is one of Russian engineering's most unusual creations, of which only a handful of units have been supplied to spetsnaz units since 2002.

The OTs-38 is the first and only silent revolver produced by Russia. It uses special 7.62x41mm-caliber ammunition, which flies out of the barrel at a speed of 200 m/s. What’s more, the revolver fires from the lower chamber of the cylinder, which delivers a severalfold reduction in recoil and directs the “blow” directly into the arm. This in turn ensures a steady line of fire without the weapon jolting around.

In addition, a laser target finder is mounted on top of the barrel. This allows the shooter to operate effectively in confined spaces and instill fear in the enemy with their unconventional weapon, true Hollywood-style. 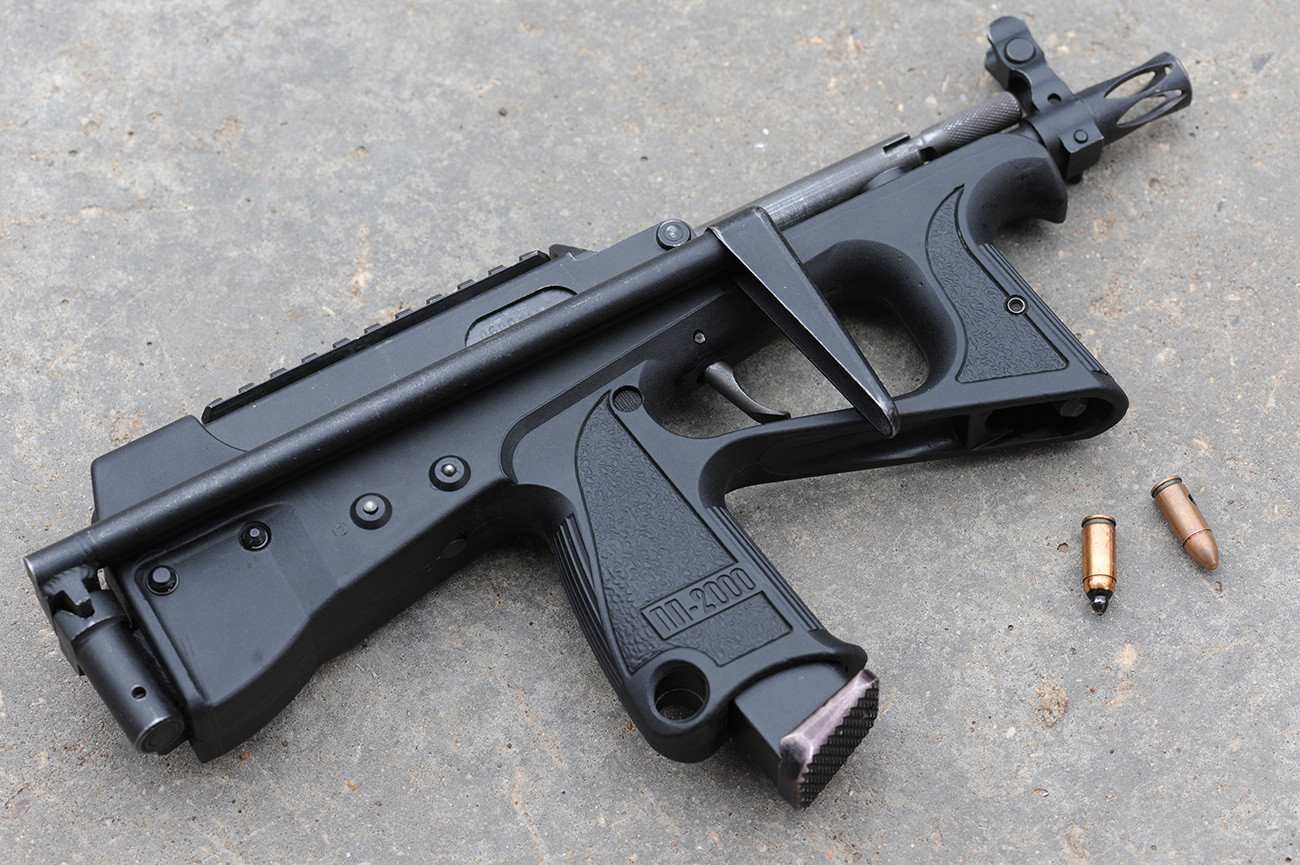 The PP-2000 is positioned as a weapon for Russian law enforcement agencies (Ministry of Internal Affairs, FSB) that operate in urban environments, as well as a personal self-defense weapon for certain categories of the military.

This submachine gun packs the most common ammunition in the world — 9x19mm caliber, capable of piercing a 20mm-thick titanium plate. The standard magazine for the PP-2000 holds 30 rounds. A “reserve” can be hidden in the buttstock and used as an aiming rest when firing in bursts and for a quick change of magazine during a shootout.

Another key feature of the weapon is the zero recoil compared to competitors in the small assault rifle/submachine gun segment.

The PP-2000 can be used with silencers and laser target finders, as well as infrared night-vision devices. 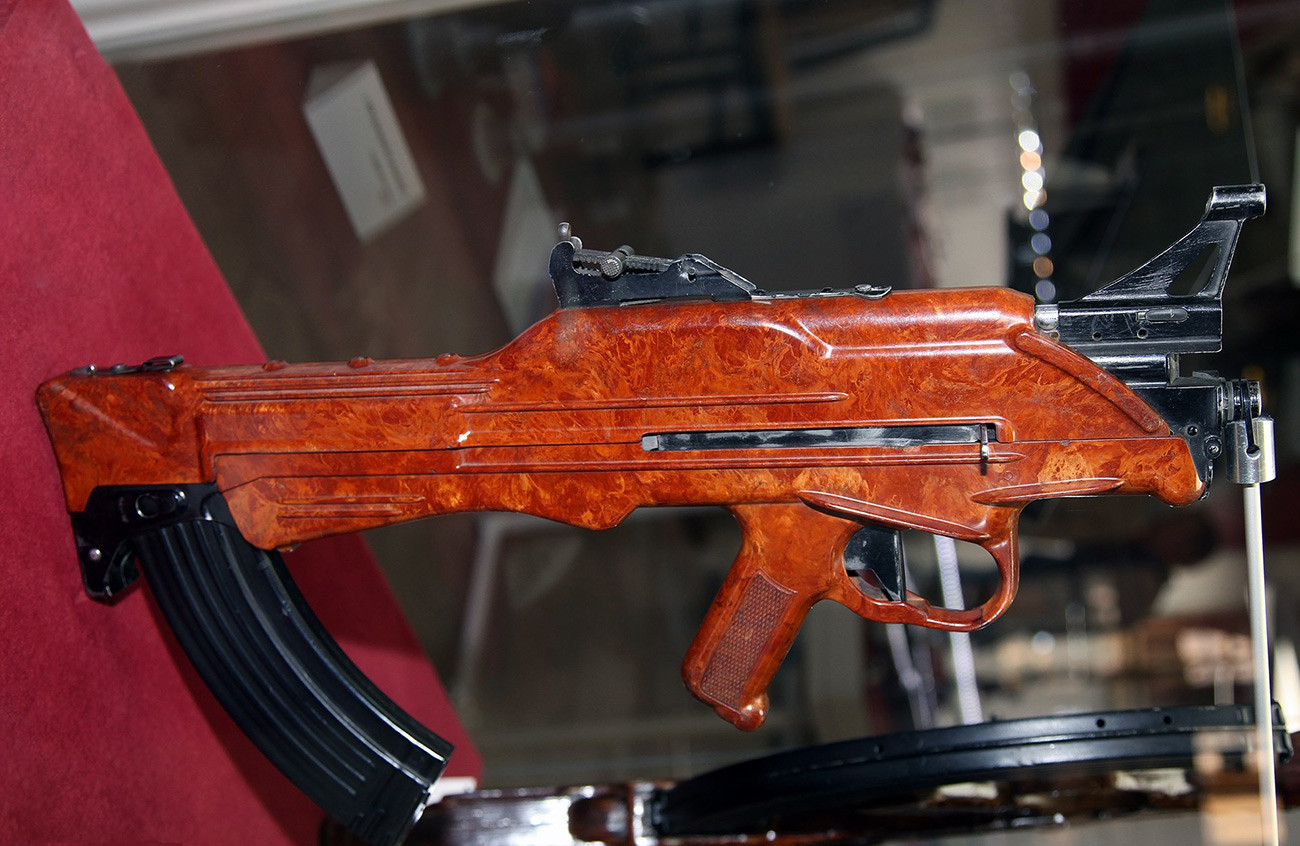 This weapon was one of the AK’s main rivals for the right to become the Soviet army’s first-choice assault rifle after WW2.

Korobov’s creation was based on the bullpup system (whereby the magazine with cartridges is located in the buttstock, and the trigger mechanism is moved to the front), which was totally space-age for its time. Another innovation was the use of the first plastic-based composites to make the weapon lighter and more ergonomic, instead of traditional wood and metal. What’s more, the weapon demonstrated a similar firing accuracy to the Kalashnikov assault rifle.

However, Korobov’s innovations were not to the liking of conservative-minded generals. In the end, the space-age design, the then-unconventional use of plastic, and the ejection of spent cartridges into the face of left-handed shooters were the key reasons why the Korobov assault rifle lost out to the AK in state trials.

The weapon sank into oblivion as a result, and today the only specimen from the late 1940s can be found in the State Arms Museum in Tula (170 km from Moscow).