Russia to create first unit of battle robots by mid-2020s 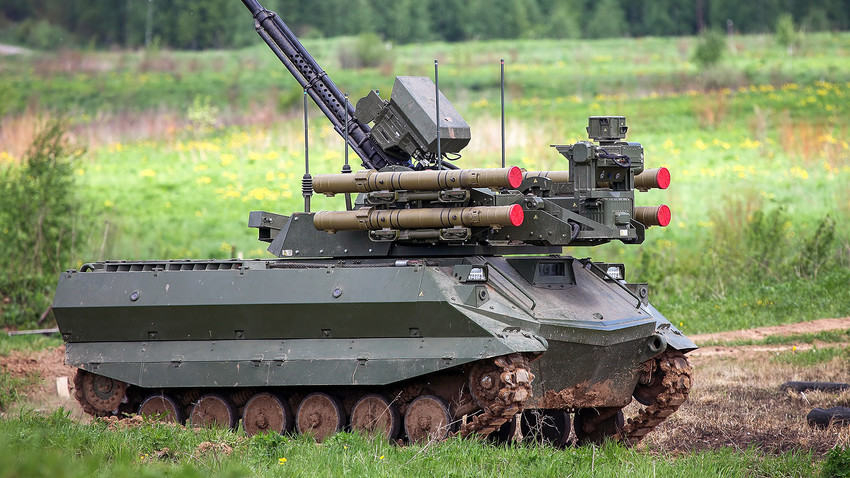 Vitaly V. Kuzmin/www.vitalykuzmin.net
These machines armed to the teeth with missiles and heavy machine guns will be able to smoke out terrorists from the most fortified positions.

By 2025, Russia will see the appearance of its first squad of multifunctional robots, which are set to replace humans on the battlefield, it was reported by Russian media, citing sources in the military-industrial complex. 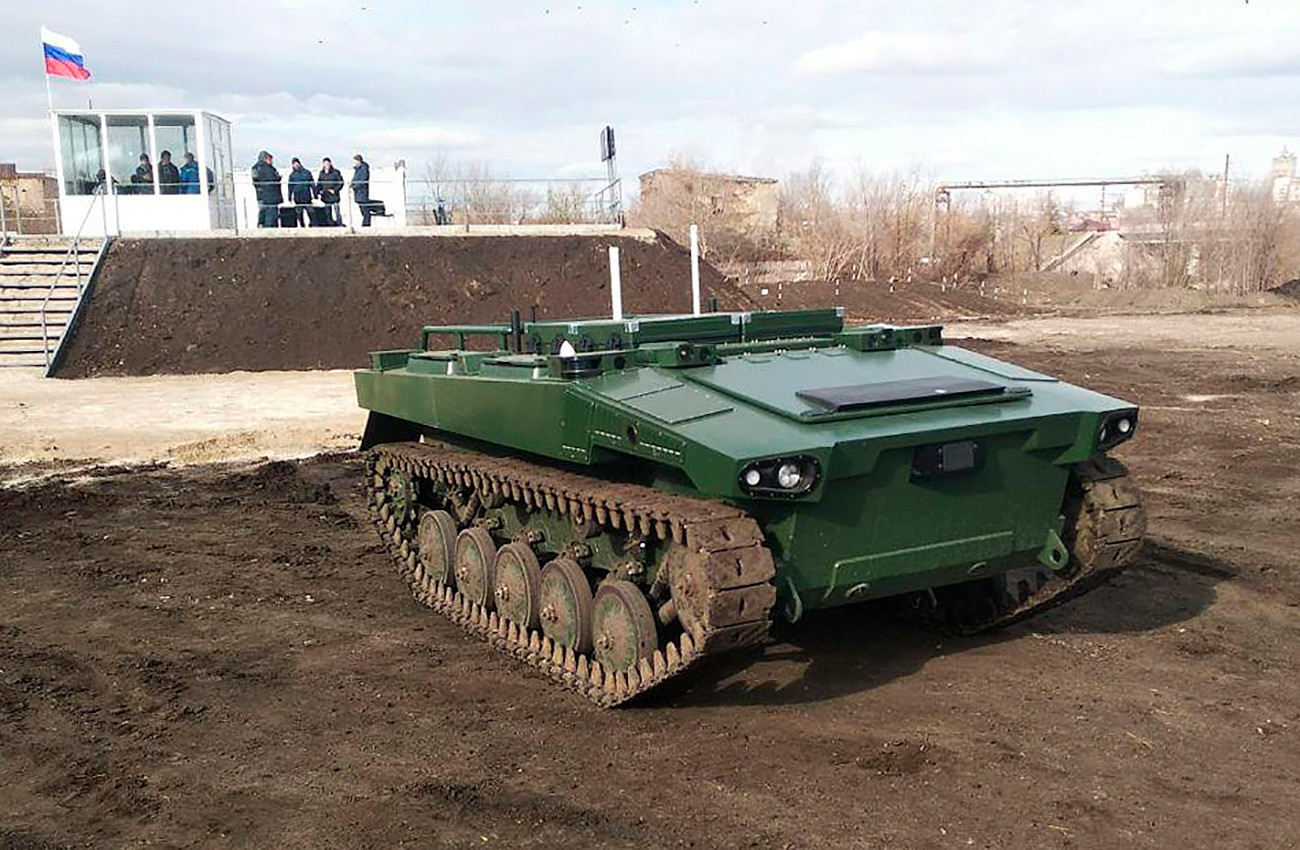 One of the first robots will be based on the Marker platform, and will outwardly resemble a small version of an infantry fighting vehicle (IFV).

The first detachment of “unmanned tanks” will be made up of five AI-driven machines. Each will perform its own specific tasks, and together they will be able to completely replace human forces.

“That includes not only soldiers firing machine guns, but operating personnel too. For example, some of the machines will take over the role of the gun operator who monitors targets on the ground and devises an attack plan. Others will work as ‘fuelers’ and ‘mechanics’ on the battlefield, etc.,” Viktor Murakhovsky, editor-in-chief of Arsenal of the Fatherland magazine, told Russia Beyond.

It is planned to deploy a grenade launcher module armed with 120mm mortars on the robot fighters. The weapon will be capable of destroying enemy manpower in trenches and lightly armored vehicles in open-field battle.

Besides the Marker system, Russia already has the Uran-9 “mini-tank,” which even went through a baptism of fire in Syria. This robotic complex is based on a tank chassis.

It provides covering fire for infantry and reconnaissance, and protects military installations. And thanks to its Ataka and Igla missile systems, the robot can eliminate a very wide range of targets — from low-flying enemy aircraft to light armored vehicles and fortifications.

However, not all experts are optimistic about robots on the future battlefield. According to some, there are a number of design issues that need to be overcome if full-fledged combat robots are to replace people on the battlefield. 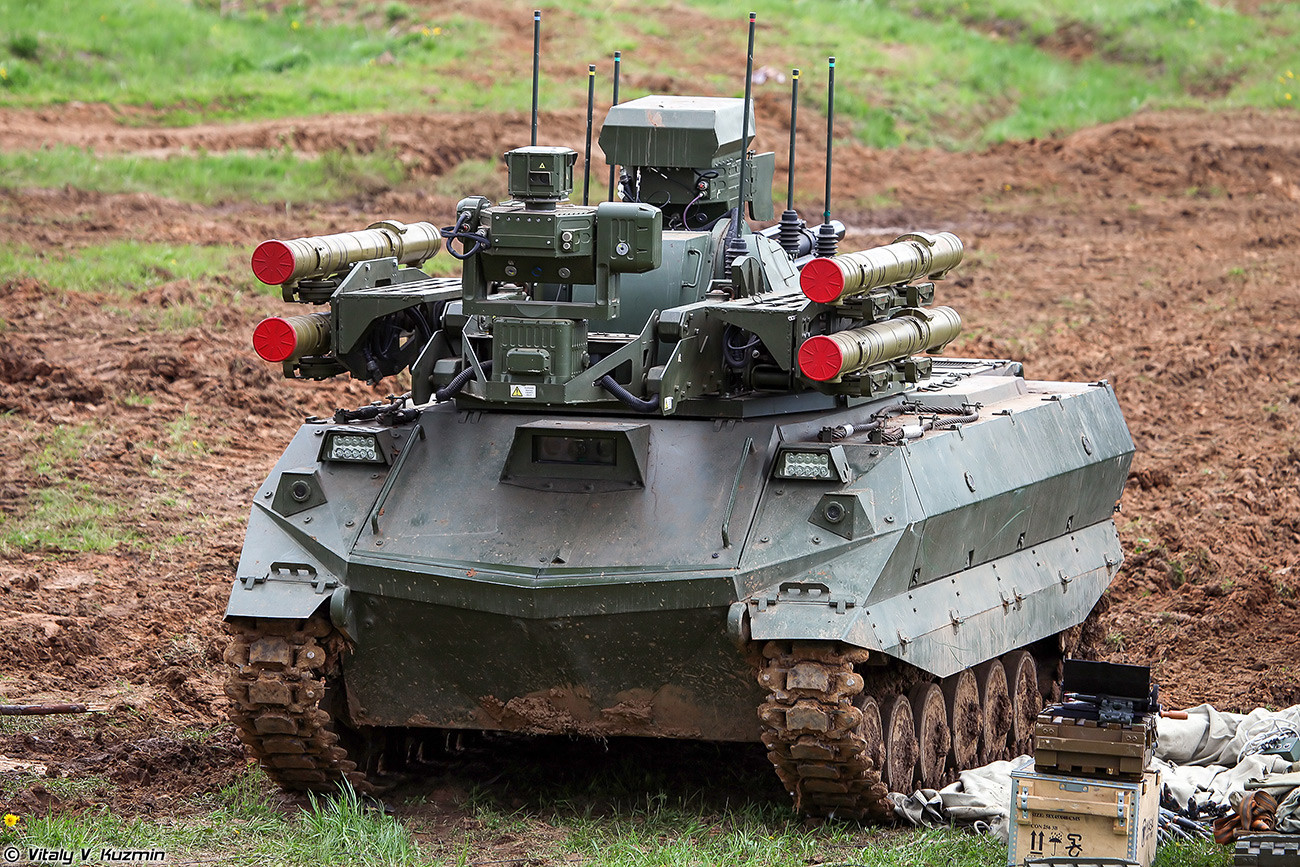 “The main problem of all robotic systems is the need for remote control. Robots cannot make independent decisions to eliminate the enemy, and if the satellite link is lost due to a missile strike or some other reason, the machine will be effectively deactivated,” Dmitry Safonov, a military analyst for Izvestianewspaper, told Russia Beyond.

He says that engineers are trying to simulate such situations on the training ground. For this, they not only fire at robots and detonate them with mines, but also observe how they operate under the influence of enemy electronic warfare (EW), which is intended to disable machines in mid-battle.

At the same time, he stresses that the first robotic firing systems are not yet comparable with tanks and IFVs in terms of fire power.