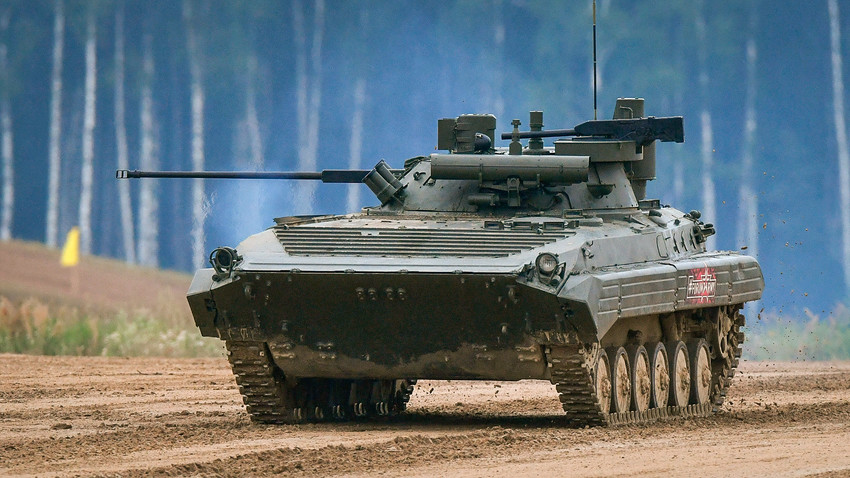 Michael Voskresenskiy/Sputnik
The upgrade is set to quadruple the combat capabilities of the Soviet BMP-2M and place it on a par with most foreign equivalents.

The modernization of the mass-produced Russian BMP-2M infantry vehicle is due to complete by the end of this year. That will involve installing the latest Berezhok combat module on the old Soviet machine to allow it to compete with modern armored monsters on the battlefield. 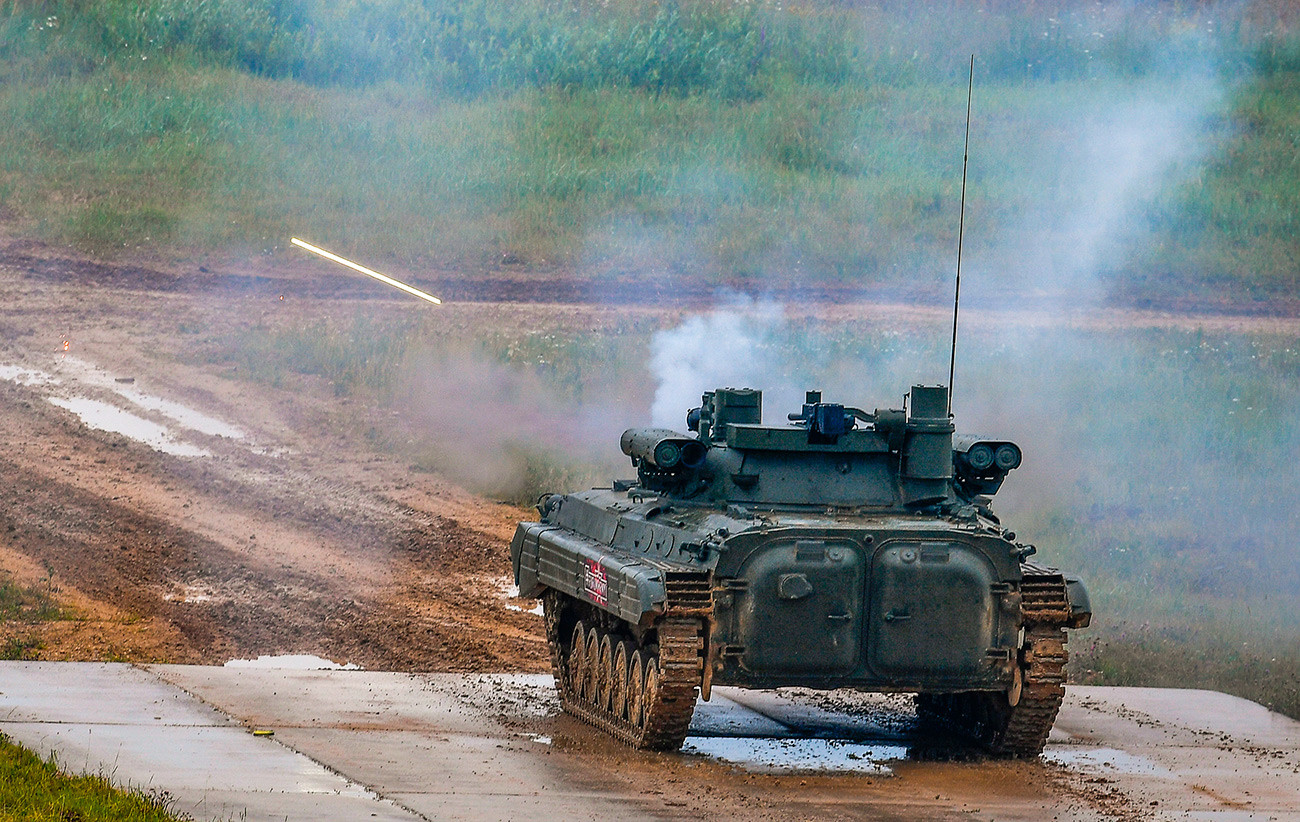 The main novelty is the fire control system, in which the on-board computer takes over all guidance and target-locking functions. The only decision now taken by the the human operator is when to open fire.

In addition, two Kornet anti-tank guided missile launchers will be installed. This will allow the BMP-2M to destroy enemy armored vehicles at a distance of up to 5 km.

A Berezhok combat module will also be installed on the vehicle, which, according to the manufacturer, will quadruple its combat capabilities.

The new turret is a major upgrade of the classic BMP-2 gun. It now features an automatic fire control system that works day and night in cold, heavy rain, and blizzard conditions, which the previous model could not claim to do.

On top of that, it has an automatic 30-mm caliber cannon (like those mounted on interceptor aircraft), as well as an AG-30 automatic grenade launcher, which, coupled with four Kornet anti-tank missiles, enables the machine to deal with heavily armored targets at a range of up to 10 km. 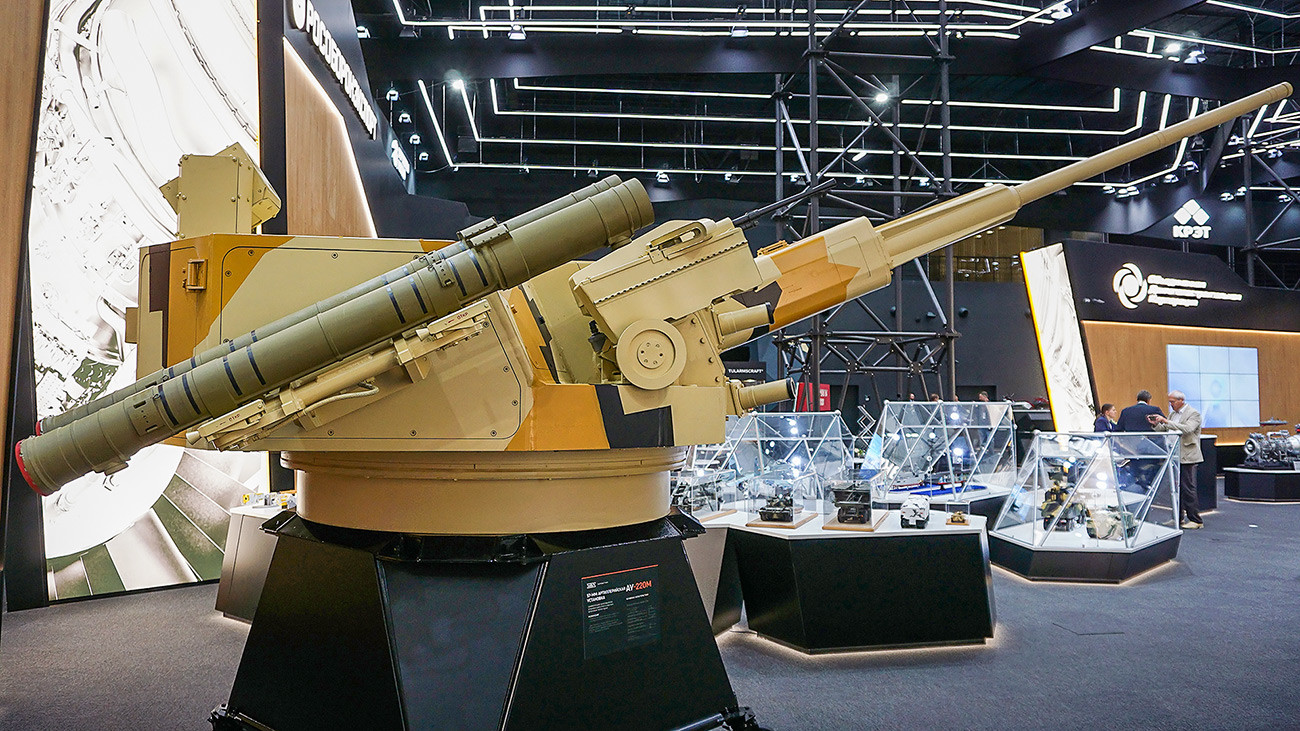 A Russian Ministry of Defense commission is currently considering options for robotizing Soviet BMP infantry fighting vehicles. The most promising is a variant with an unmanned 57-mm AU-220M combat module.

According to a Russia Beyond source in the Russian military-industrial complex, this will turn the BMP into an automatic “turret on wheels” and a key frontline vehicle.

“Weapons manufacturers are now field-testing a 57-mm cannon and shells. For example, the AU-220M combat module gives the machine a firing rate of up to 80 rounds per minute and a range of up to 12 km,” the source told Russia Beyond.

“The machine will be able to dispatch 10 shells into the target using a remote-controlled mechanism and, on command, detonate all charges at once. A series of maneuverable shells will also enter service, making it possible to adjust the flight path on the way to the target,” he added.

Like the latest T-14 Armata tank, the module is set to be unmanned. This will allow the crew to remain in the most heavily armored part of the vehicle and carry out shelling via the on-board computer screens.

The vehicle will be able to fire not only at rest, but on the go and even in water. And thanks to the fully remote-controlled module, the crew will be able to control the machine via a joystick and wage battle while sat at a computer monitor in the most well-protected area.