Which is better: the Russian AK-47 or the American AR-15? 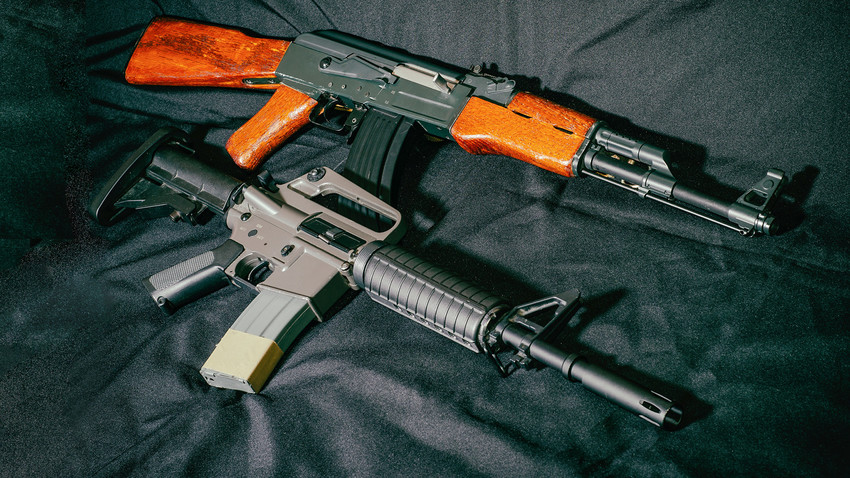 Legion Media
We put this question to a Russian spetsnaz commando with first-hand experience of top-secret counter-terrorism operations around the world. The answer is not as clear-cut as it might seem.

Exactly one hundred years have passed since the birth of Mikhail Kalashnikov, creator of the AK-47, the deadliest and most mass-produced weapon of the 20th century. Today, there are more than 100 million of them worldwide.

Since the end of WW2, the debate surrounding the relative merits of the Russian AK and the American AR-15 (the platform on which the main U.S. rifles were created, including the M16 and the M4) has raged incessantly.

The question of which is better and in which combat situations was answered in conversation with Russia Beyond by an active spetsnaz commando who’s been involved in both open and clandestine counter-terrorism operations in Russia and abroad. 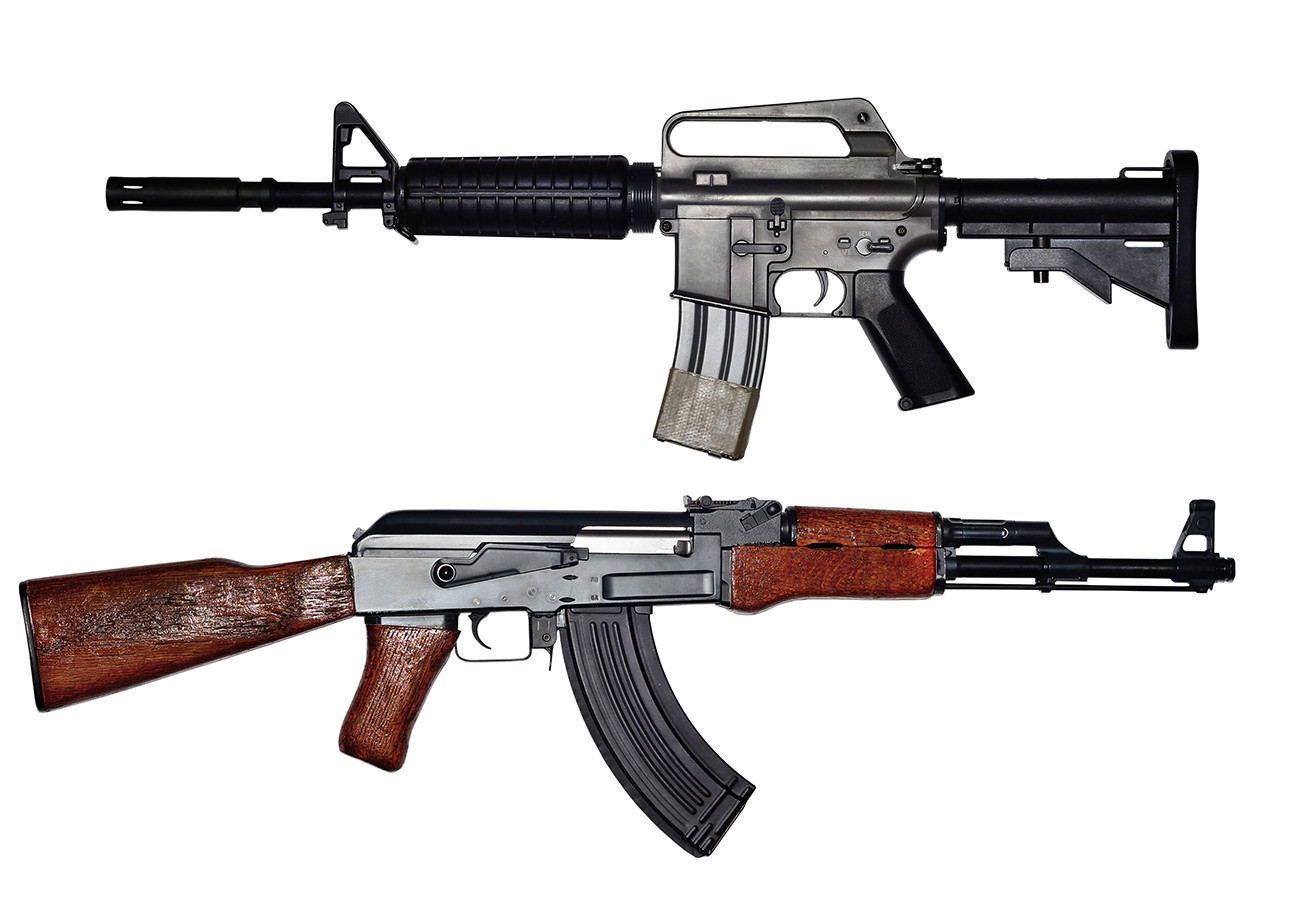 The perfect weapon is a Molotov cocktail. Everything else is good and effective in its own way.

No weapon in the world can surpass the Kalashnikov assault rifle (AK) on a number of points. The main one is reliability.

The AK does not need to be pinpoint accurate and ergonomic like U.S. and German rifles. Its main advantages are ease of production and operability, as well as maximum reliability.

What’s more, the AK’s hit density — which leaves a lot to be desired compared to the “foreigners” — is perfectly acceptable when shooting at short range (up to 200 meters). Whether you make the shot or not depends solely on your level of training and ability to operate in stress situations when enemy bullets are flying at you. 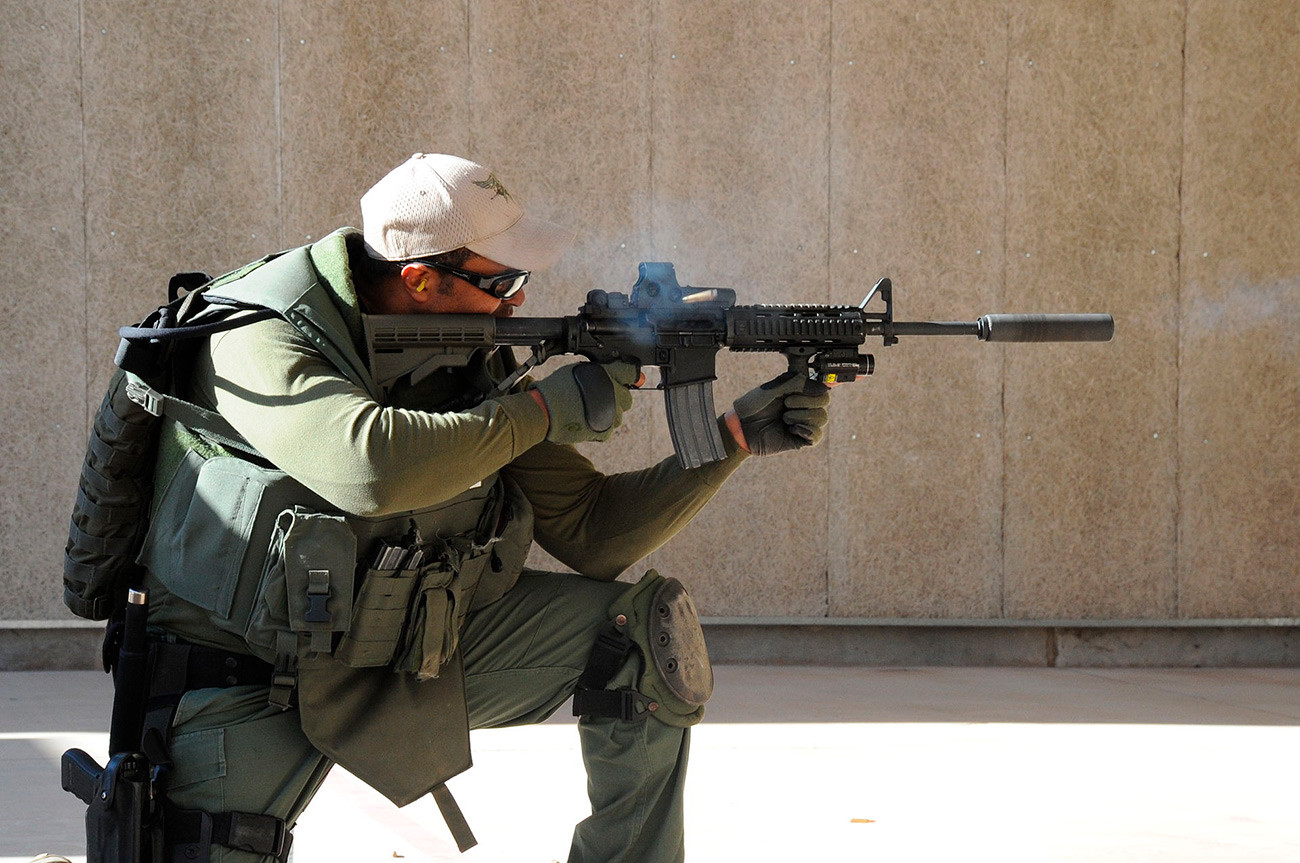 The “Kalash” will never surpass the AR-15 in terms of accuracy and ergonomics. When shooting at long range (600-700 meters), we always take sniper rifles based on the AR-15 platform. The reason is simple: Russia does not produce high-grade weapons that let special forces do their stuff at such distances.

Besides accuracy, another plus for the “American” is its customizability — you can select the butt, handle, sights, and forestock, and set the trigger sensitivity to your taste (the trigger of a gun is like the clutch of a car, i.e. the link between you and the heart of the machine).

On top of that, the recoil of the AR-15 platform is far less than that of the AK. The “blow” hits you right in the shoulder, and the rifle jumps around far less when shooting. In battle, this can save vital seconds. Put simply, you don’t need to keep repositioning the weapon, so you can just fire in bursts at the same point on the target. 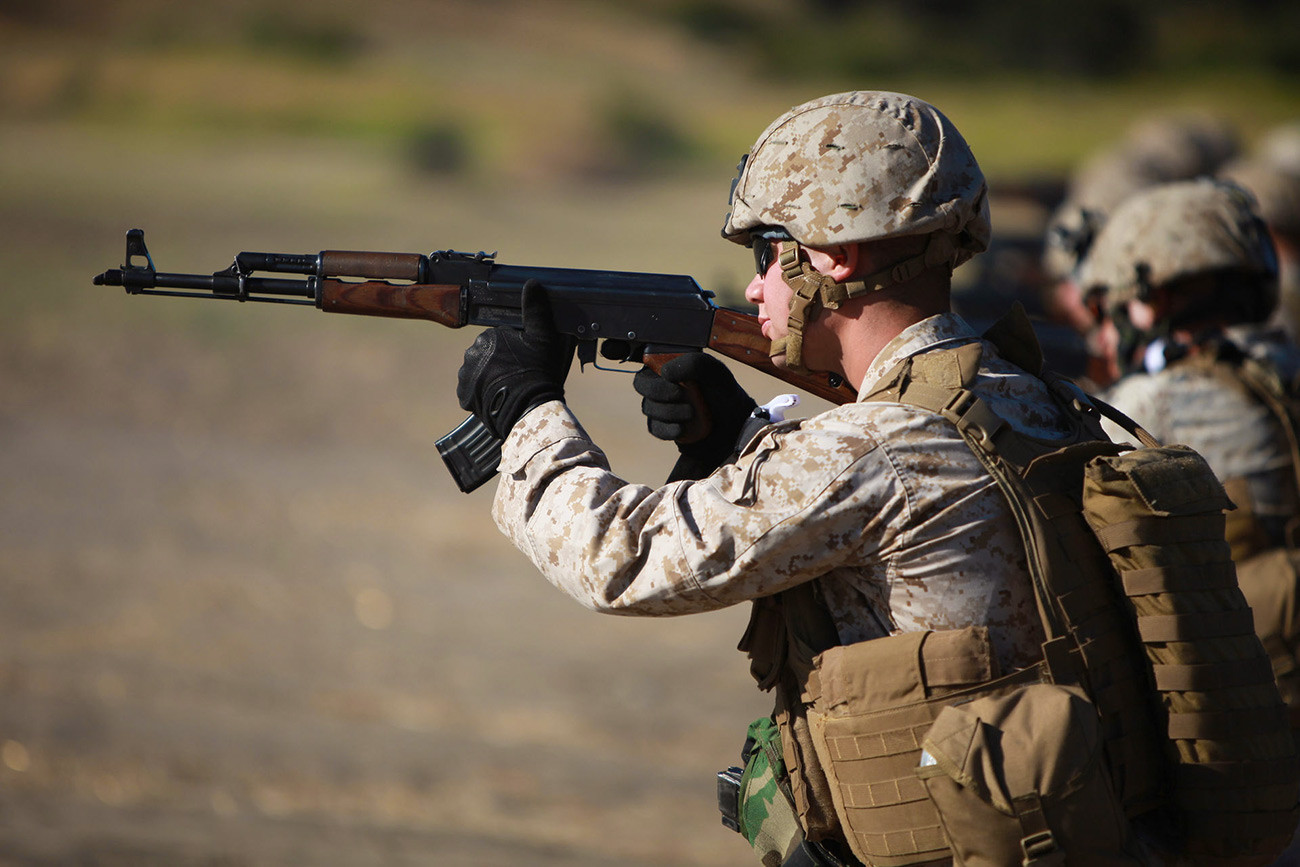 The AR’s reliability could definitely be improved.

As for the AK, all that could be improved already has been. To be honest, Russia should just erect a golden monument to Kalashnikov right in front of the Kremlin, say thank you — and then forget about the AK once and for all. What we need is a completely new weapon, based on an entirely new “engine.”

The AK-12 is not a new weapon. It’s a major upgrade of the AK-74 for combined arms requirements, not a fundamentally new special forces rifle for the 21st century.

The AK-12 is a set of ergonomic solutions to make the old AK-74 an effective weapon in the hands of regular soldiers in 21st-century wars, but not a weapon for special forces that need to eliminate point targets anywhere in the world.