Russia’s FSB gets a new car 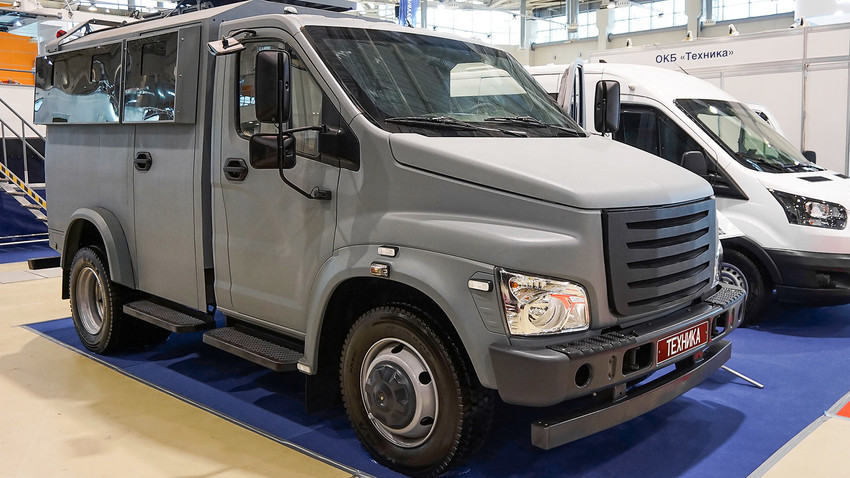 Vitaly V. Kuzmin/www.vitalykuzmin.net
This armored monster running on an Austrian engine can withstand bullets fired by the largest-caliber rifles in the world.

Russian engineers have created a new armored vehicle (known as Kharunzhiy) for FSB and rapid reaction forces that battle militants not on the front line, but in urban areas.

“It can merge with its surroundings and be camouflaged as an urban monitoring vehicle, with seven armed spetsnaz [special forces] soldiers inside,” Igor Tulinov, CEO of design bureau Tekhnika, told Russia Beyond.

Despite this assertion, the Kharunzhiy is wholly unlike anything people are used to seeing on Russian roads. It has a massive frame with thick powerful sides, and the roar of the engine sounds like something from the Dakar Rally.

It’s possible that the camouflage issue is still being worked out. 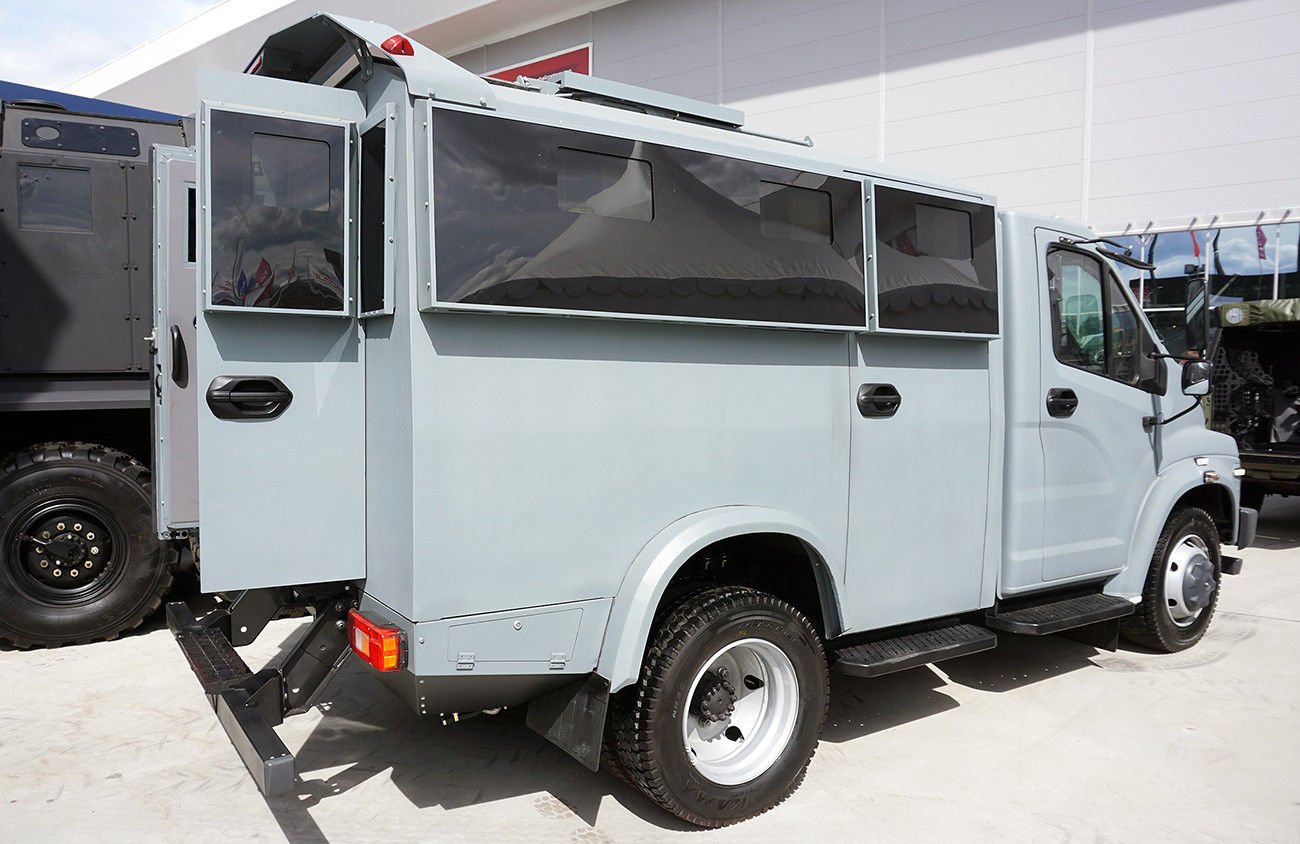 In the words of Tulinov, the vehicle’s protection class is 6A (the highest in the market of urban armored vehicles, according to Russian state standards). Put simply, the windshield, together with the doors and the frame, can withstand a direct hit from the most powerful large-caliber sniper rifle in the world (12.7 mm), which can normally take out any target at a distance of 2.5 km.

What’s more, it has several armored loopholes for spetsnaz shooters inside, allowing them to fire at the enemy from six side hatches that readily accommodate the barrel of a machine gun while providing total protection from return fire — just in case the opponent is a bullet-dodging Hollywood action hero who always miraculously hits the target even when swinging upside on a rope.

Despite this major plus, the armor has a significant minus: the initial weight of the vehicle has shot up from 1.5 to 6.9 tons! And that’s without the almost 2 tons of cargo that can be carried in the back, be it people or equipment.

To make such a beast mobile, the engineers turned to a foreign engine manufacturer for assistance — the Austrian company AVL.

“They make luxury-class engines. One of the most powerful cars on the market. We signed a contract with AVL, and they helped us create a special 330-hp engine to get the beast moving,” explained Tulinov.

He added that a special-purpose plant had been built at Yaroslavl to work exclusively on the production of the new engine.

“The task in this era of sanctions is to transfer and adapt all the most advanced developments to domestic platforms. Therefore, we hired an Austrian team and together made a ‘new heart’ for the Russian automobile industry,” stated Tekhnika’s CEO. 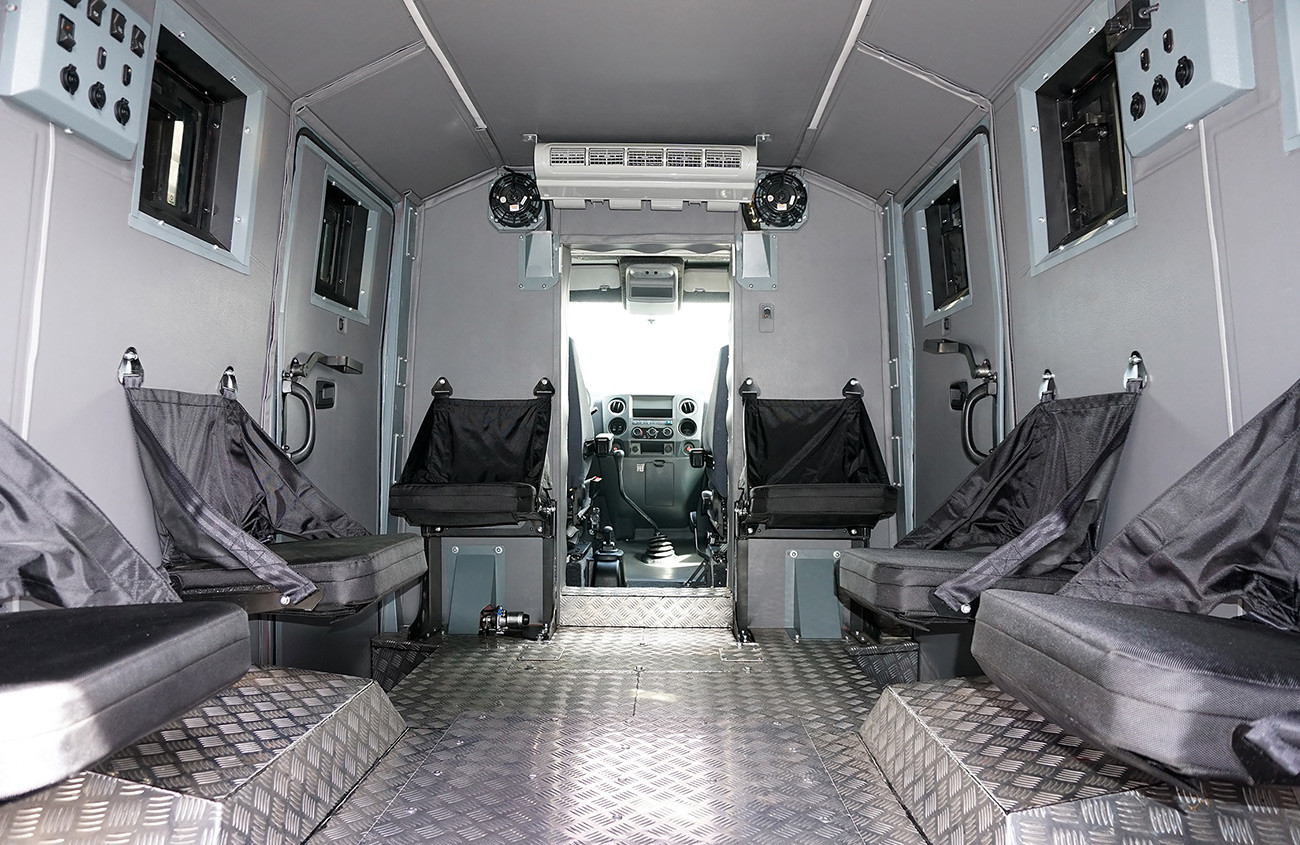 Although the vehicle has passed all tests so far, it is not known when it will hit the roads of Moscow and St Petersburg, since a contract with the Russian National Guard has not yet been signed.

Despite this, the company’s management is optimistic about the future, since Russia’s urban spetsnaz do not currently have a vehicle of this class.

Moreover, they also see good prospects for the vehicle abroad. “Our main competitor is the US Ford 550. This vehicle has approximately the same level of armor, but ours is cheaper. Therefore, we are ready to deal with clients outside Russia as well as in,” concluded Tulinov.