FSB to get new APC for urban operations

Science & Tech
Igor Rozin
Maks Vetrov/Sputnik
The armored monster Falkatus can be used for storming buildings and eliminating terrorists from side gun slots.

In the coming years, Russian Federal Security Service (FSB) special forces are to be equipped with the new Falkatus armored personnel carrier (APC). 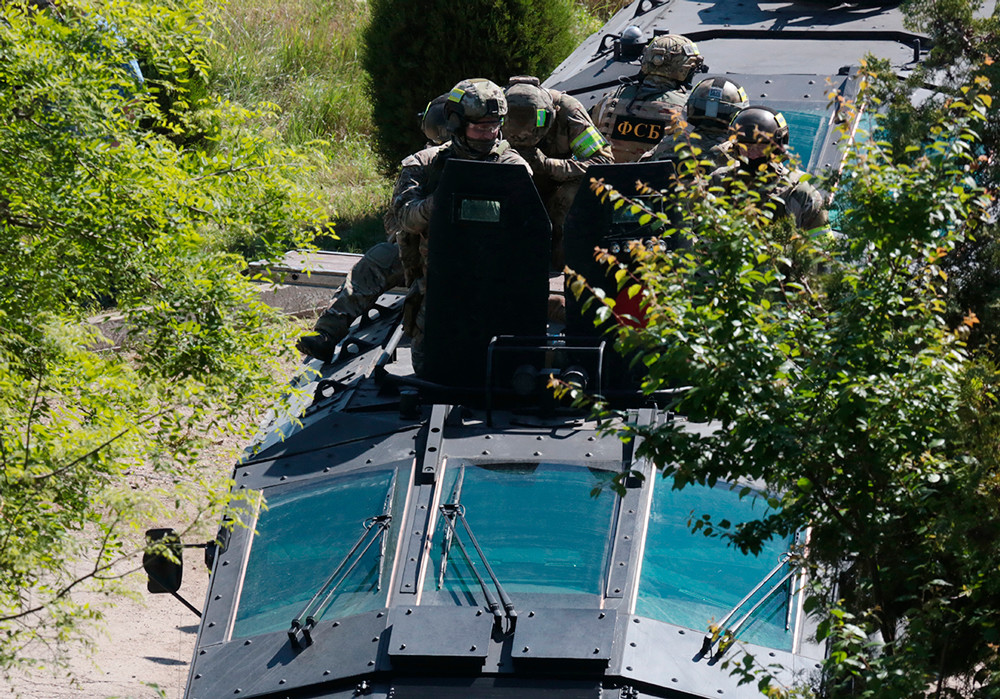 The Falkatus is built on the KamAZ platform with a four-wheel drive system. On the outside, it looks aggressive, almost Batmobile-ish.

The vehicle will house an eight-liter engine with a capacity of 17 liters and a power output of over 700 hp. All this combined will allow the multi-ton iron monster to accelerate to 200 km/h with 12 soldiers on board.

The vehicle design protects the crew from external machine-gun fire, while the V-shaped bottom disperses the blast wave of a detonated mine.

The driver is shielded by three armored glass plates positioned at such an angle that partially impedes the forward field of vision, but provides enhanced protection from enemy bullets.

The hood of the vehicle is highly elongated. Here the blind zone is overcome through additional video cameras that give the driver a full view of what’s ahead — a bit like rear parking sensors.

Besides the driver, the 12-strong assault force on board has full lateral vision with side gun slots shielded by bulletproof glass for strafing targets from the flanks. What’s more, the lateral blind spots below the vehicle can be covered with fire from a second row of gun slots at the bottom of the APC.

There are two sections from which machine-gunners can shoot — a gun slot in the rear door and a hatch in the roof, from which the shooter can climb out and open fire.

The soldiers disembark through five doors — two on each side and one in the rear of the vehicle. The doors open in different directions, allowing the group to take cover during crossfire.