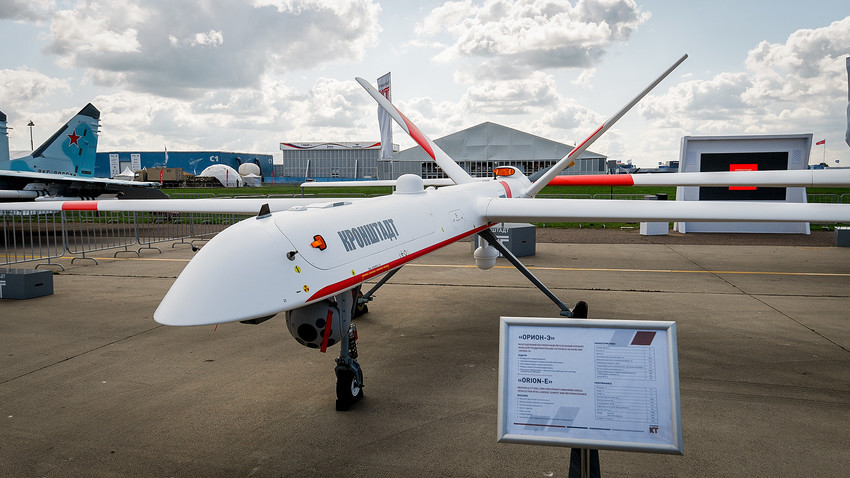 Grigoriy Sisoev/Sputnik
Some of these drones have already had a Syrian baptism of fire, while others are waiting in the wings.

After testing in battle conditions against militants in Syria, the new medium-altitude UAV Orion, with four guided missiles on board, has been delivered to the Russian army. At the same time, the new Okhotnik (Hunter) heavy drone from Sukhoi Design Bureau is being prepared for its own baptism of fire. 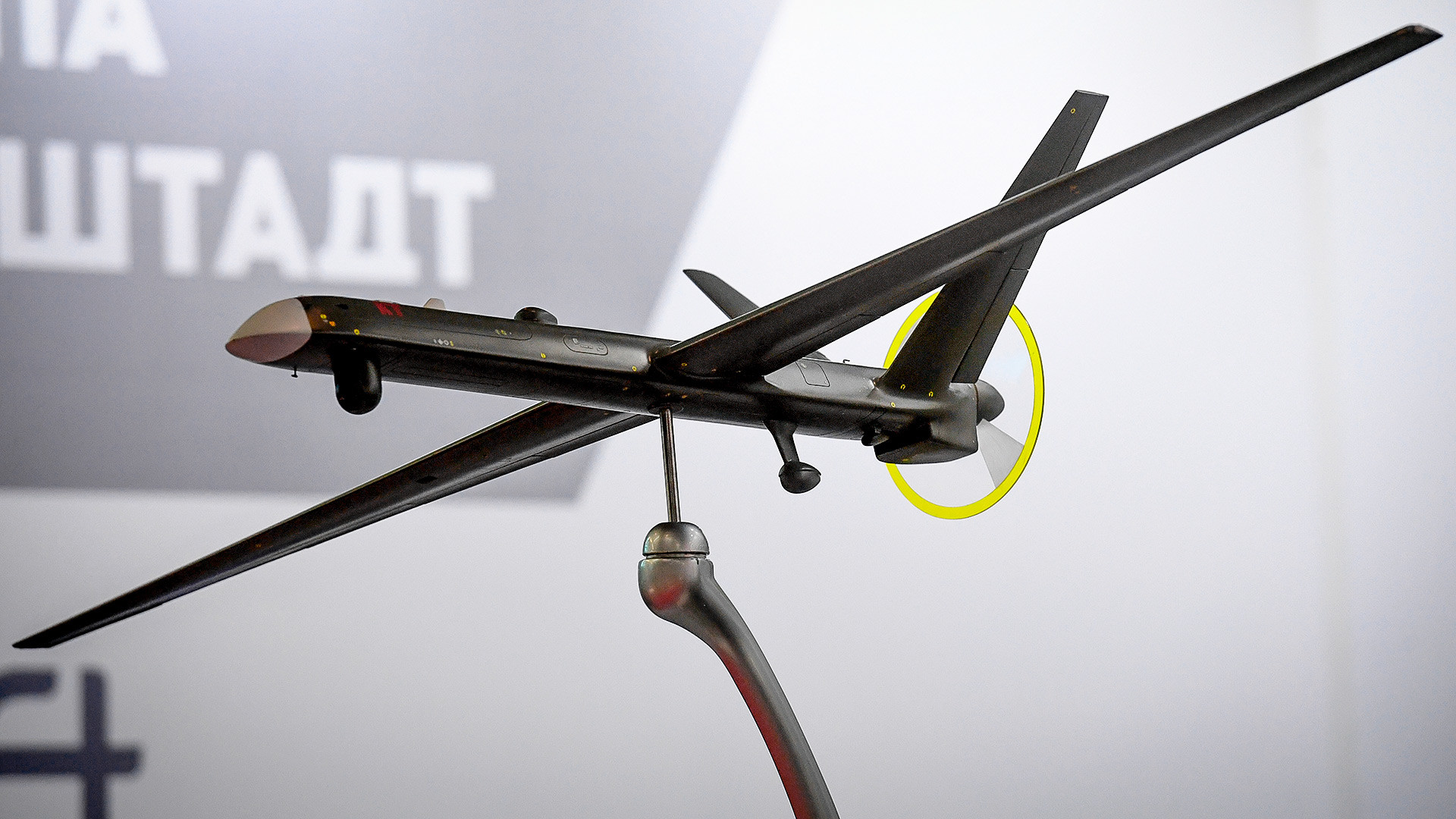 Orion features four guided and unguided missiles able to destroy enemy targets at a range of hundreds of kilometers.

Kronstadt, the developer company, has yet to comment on its recent success and the start of deliveries to Russian troops, citing “state secrets” and the need to sign the last round of agreements with the Russian Ministry of Defense.

According to Viktor Murakhovsky, editor-in-chief of Arsenal of the Fatherland magazine, two versions of Orion were deployed in Syria — one for reconnaissance, the other for strikes.

“Russia’s aerospace forces are currently developing a program for long-range heavy impact drones. The generals want the new army units to be mixed so that both traditional aircraft and UAVs with similar-class weapons can operate together in one group,” said the expert.

The new drone can carry four missiles with a total mass of up to 200 kg. At the same time, it is able to climb to an altitude of 7.5 km. It also boasts a top speed of 200 km/h and a battery charge of 24 hours, after which the drone needs to be flown to a hangar for “refueling.” 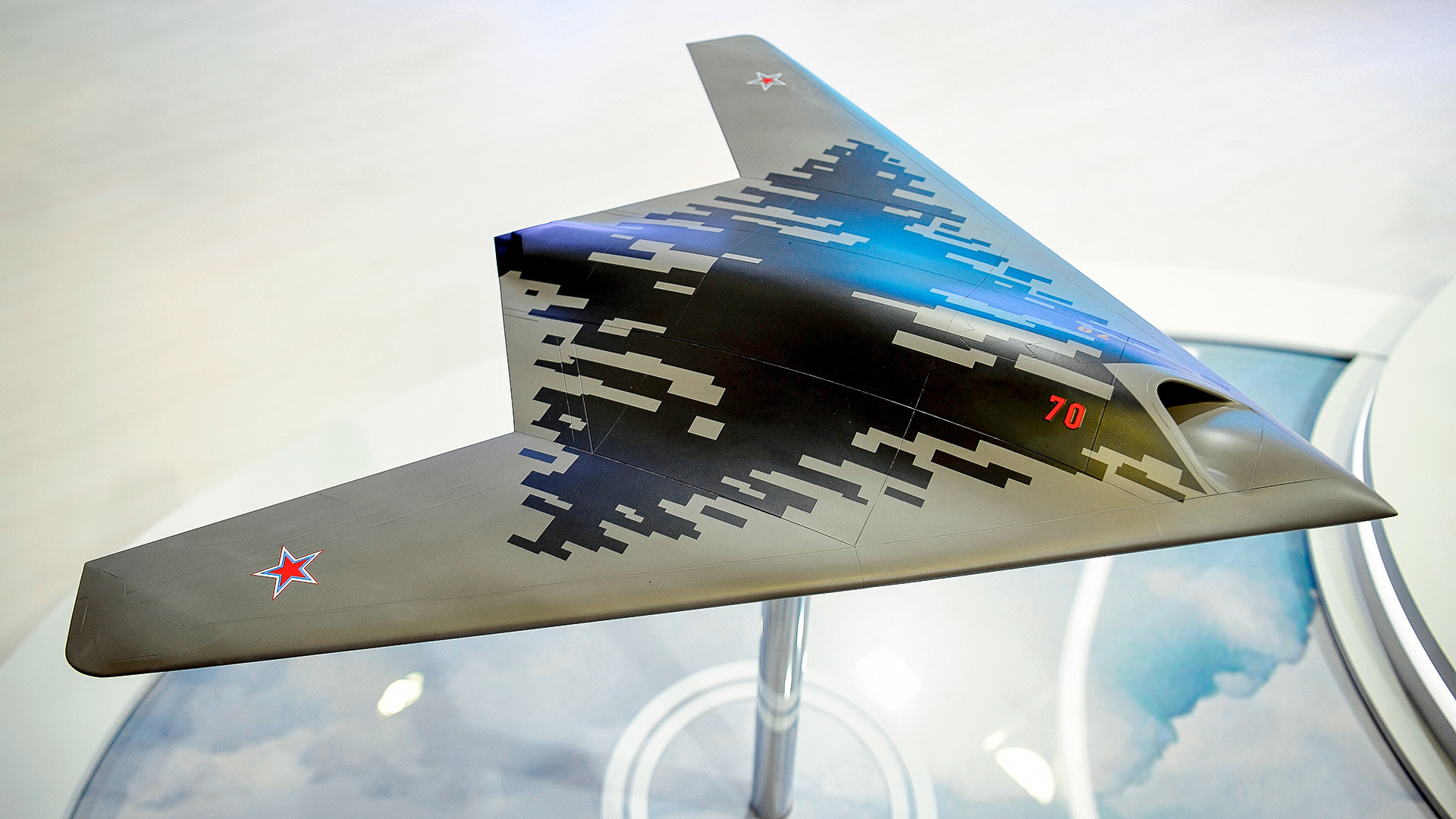 Another major addition coming soon to the Russian army is the Sukhoi-made heavy strike drone Okhotnik.

The vehicle is a prototype of the UAV of the future, made with the same technologies as the latest fifth-generation Su-57 fighter.

Like its big brother, Okhotnik is a flying-wing type vehicle, which both shields it from enemy air defenses and lets it carry more firepower.

In addition, the 20-ton drone can hurtle towards the target at supersonic speeds (up to 1000 km/h), and features one of the first on-board AI computers, which frees the operator of most tasks, except for the decision to deploy weapons.

Some of its technologies and ammunition are unified with the Su-57.

“Okhotnik’s arsenal includes air-to-ground missiles and a range of bombs (free-gliding and controlled) that instead of hanging from the wings will be hidden inside the body to reduce visibility on enemy radar,” Professor Vadim Kozyulin of the Russian Academy of Military Sciences told Russia Beyond.

Among them are the high-explosive fragmentation bomb OFZAB-500 and the air-detonating bomb ODAB-500PMV, both of which have been used in the campaign in Syria.