Alarming videos of Moscow ambulances forming traffic jams. How dire is the situation? 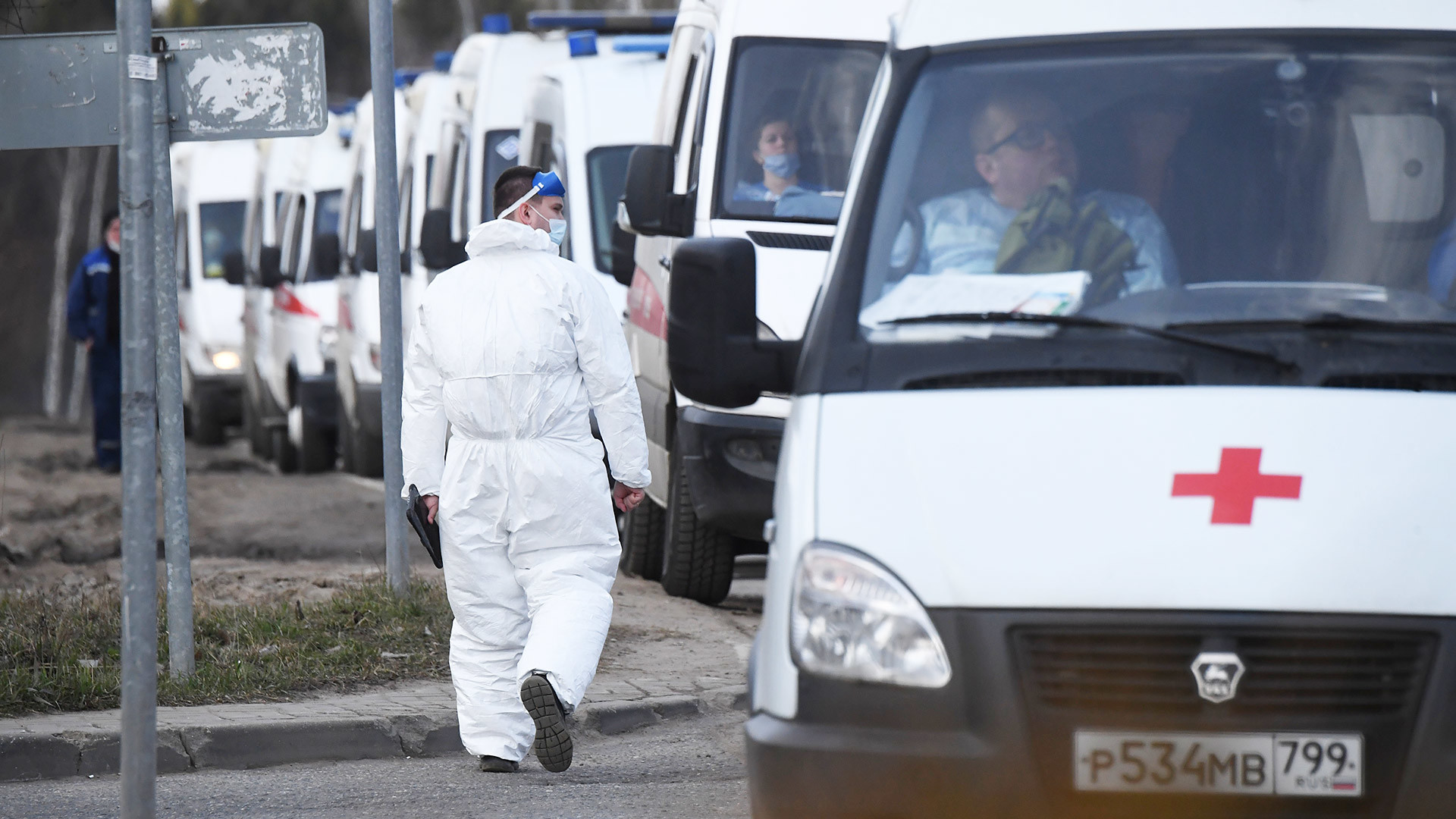 Ilya Pitalev/Sputnik
Videos of traffic jams involving ambulances have flooded the web. The coronavirus center in Moscow, as well as the Russian president’s spokesperson, commented on the situation.

On April 11, a video appeared, filmed by a paramedic. According to the author, dozens of specialized ambulance vehicles formed a line at the entrance to the 119th Federal Clinical Research Center in Moscow, all of them containing confirmed or suspected COVID-19 cases.

The video’s author adds that he had himself stood in that queue for nine whole hours, only to register a patient and get a preliminary examination. The center is receiving patients from a number of other hospitals, including private ones.

Following the first video, others started to appear, depicting similar scenes. Another author of a similar video turned out to be Oleg Pykhtin - another paramedic.

“I’m working the night shift today,” he wrote on Facebook. “There was a patient from Mitino (north-western district in Moscow) who was transported to the hospital in Novogorsk (25 km outside of town), apparently, because there’s nowhere else in Moscow. I haven’t seen anything like this in my six years! And so, we’re continuing to queue.”

A number of social media users are comparing the scenes to something out of Italy or the United States, where COVID-19 continues to take the greatest toll.

“So that’s what the healthcare system collapse in Italy looks like”... “Why is this happening?”... “The epidemic of the coronavirus is only just beginning, and it’s already this bad,”.... “Nightmare” - read a growing number of comments on the videos.

How did the traffic jams appear?

A large influx of patients in the last several days is the culprit here, according to Russia’s central headquarters for the control and monitoring of the coronavirus in Moscow.

“Every hospital and emergency services in the capital are working in emergency mode,” RBC cites the Moscow center as saying. “The facilities’ administrations are doing everything possible to distribute rooms to patients. We ask everyone for understanding, given the non-systemic nature of the situation.” 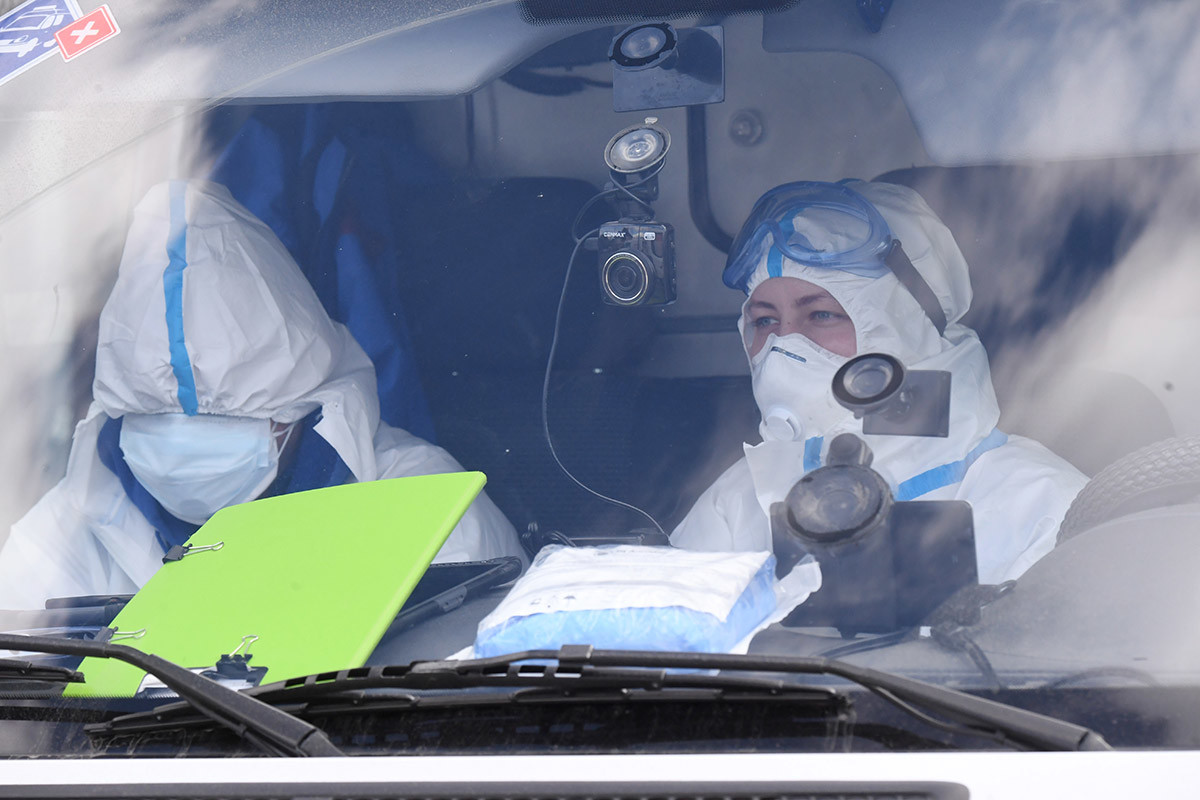 Paramedics in a car outside the Federal Clinical Research Center

The center also confirmed that the patients that do make it to the hospital in question will be offered all the necessary care they quire. Currently, 13 hospitals, as well as a small number of private and federal ones, are admitting COVID-19 patients in Moscow.

Are the hospitals full?

The queues can not only be explained by the growing number of coronavirus cases,” Pavel Vorobyev, who chairs Moscow’s Municipal Scientific Society, told the Tsargrad TV channel. “Hospitals are also receiving patients with pneumonia.”

According to Vorobyev, the ambulances aren’t queuing for checkups. “I personally didn’t  get any information about such long queues. However, ambulance crews having to wait for disinfection and sanitation of the vehicles - that much is true.” 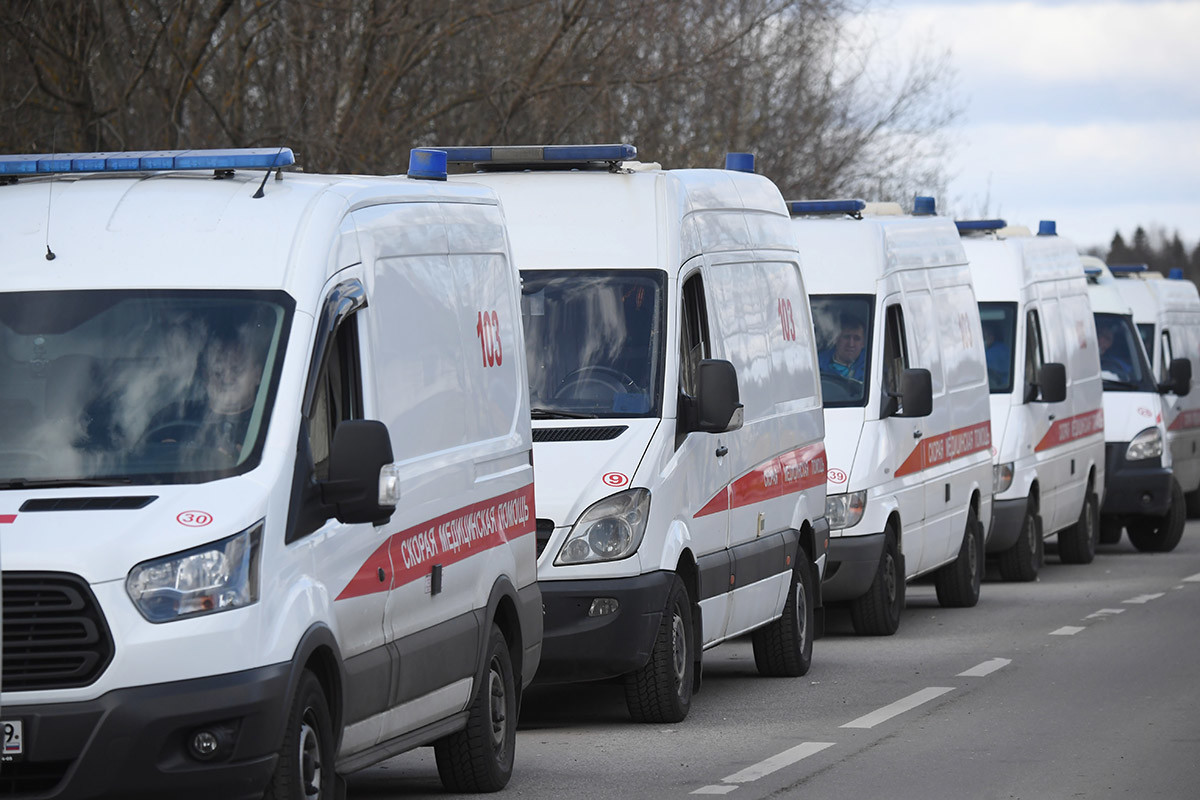 In the interest of avoiding a repeat, Moscow will in the next 10 days repurpose 24 more hospitals into coronavirus treatment centers, according to the Ministry of Health. A total of 21,000 beds will become available as a result, according to the statement.

“Somehow the healthcare system managed to focus on this narrow field in virology, and adapt it within weeks to a large-scale influx of sick and infected patients,” Peskov emphasized.