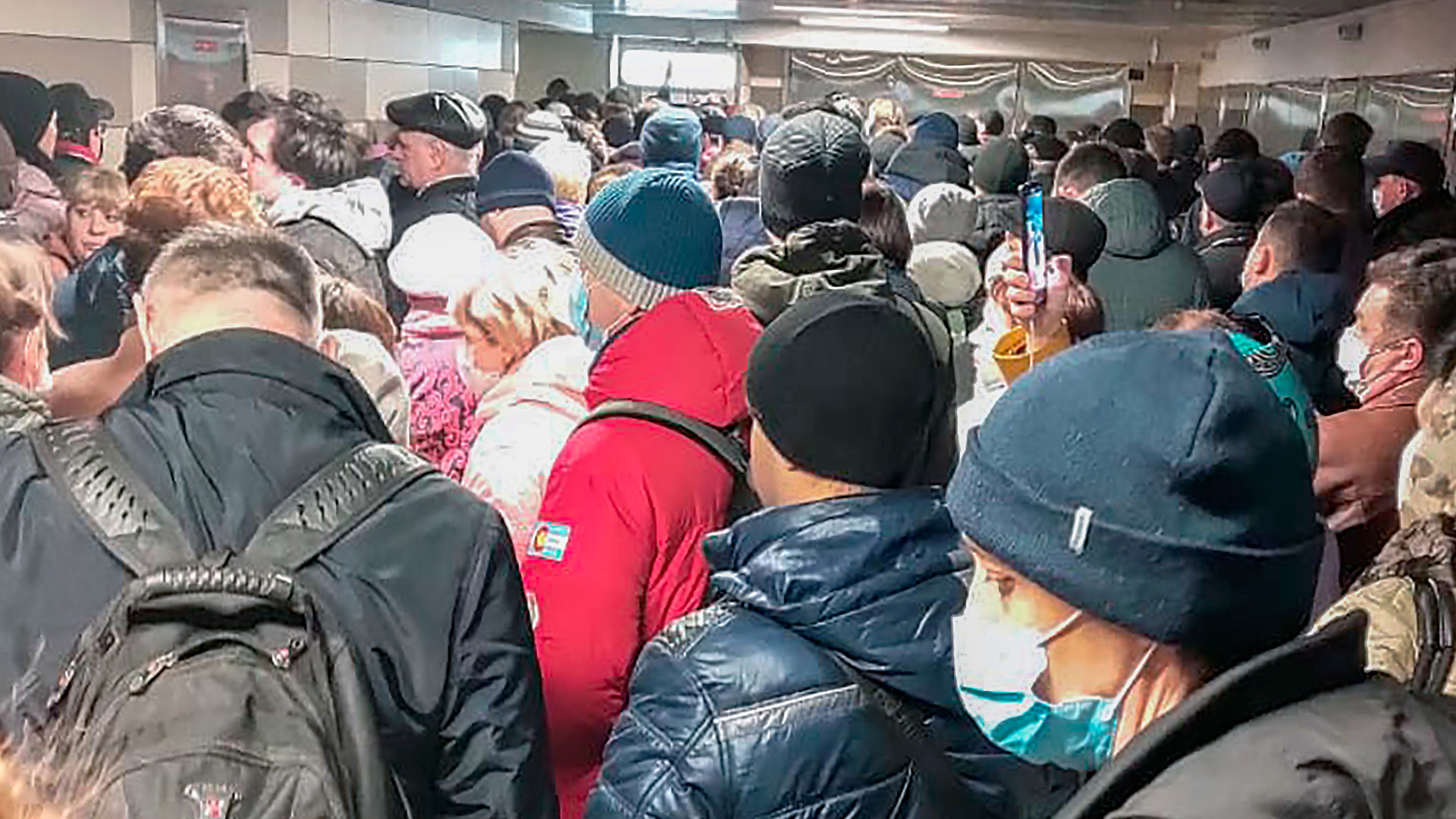 Olga Kozhokina/TASS
Huge traffic jams formed on roads into the capital, and enormous lines outside the subway. Social distancing? Forget it.

On April 15, Moscow introduced a system of digital passes to control the lockdown. People must apply for one by phone or online for any journey by personal or public transport.

That same morning, long lines of cars could be seen snaking into Moscow, and similar queues of people formed outside subway stations as police checked every pass of every passenger. Social network users noted that no one was keeping to the recommended distance.

“Moscow, April 15, 2020, morning, day one of passes due to the pandemic. They made me take off my mask to check my face against my passport. Now no one can argue if you say you’re late for work because of congestion in the subway!” wrote one Instagrammer.

“People are pressing against each other, there’s no social distancing at all. It’s because of such crowds that the virus spreads so easily,” wrote Irina Firsova, who also had to stand in line.

That said, there was no crush in the subway cars themselves.

Some highways into Moscow were packed with vehicles. At some checkpoints traffic police inspected the pass of every driver, while at others it was done selectively.

Moscow Mayor Sergei Sobyanin tweeted that he had asked the head of the city police "to carry out the checks so as not to cause crowds."

“The lines have gone. The process has been normalized. But in future the control system will have to be automated. We’ll have a think about how to do this,” added the mayor.

Presidential spokesman Dmitry Peskov also commented on the situation: “It’s not right to say the police aren’t coping. The pass system has only just been introduced. And obviously Muscovites have a role to play in making it work. It’s in people’s own interests,” he told reporters.

Sobyanin later announced that the pass checks on transport users in Moscow would be tightened every day going forward.