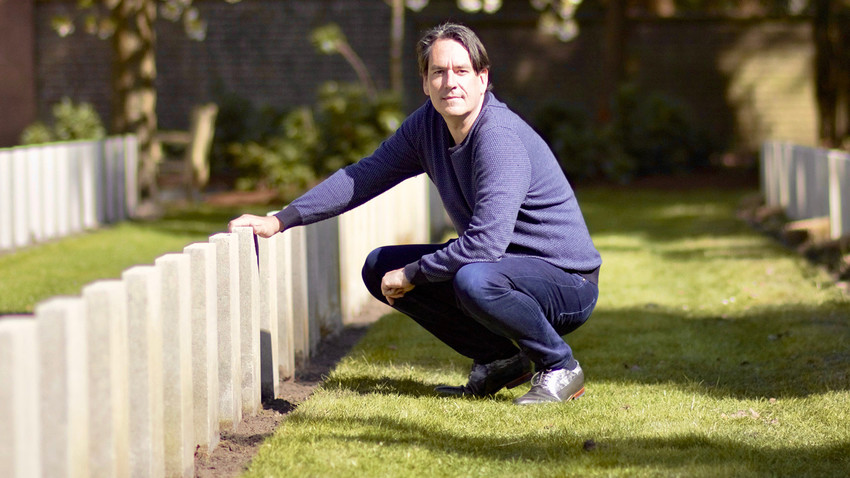 Personal archive
The number of Soviet soldiers buried in European countries is estimated in the millions. Locals across the continent are still helping relatives to search for their graves.

After the end of World War II, tens of thousands of Soviet military graves remained in Europe. According to various estimates, 2 to 4 million soldiers were buried in them, however no one historian can say for sure. In many cases, besides their names (often written with mistakes), almost nothing is known about them, while relatives cannot find their graves. So, the local residents are helping to identify these fallen Soviets. 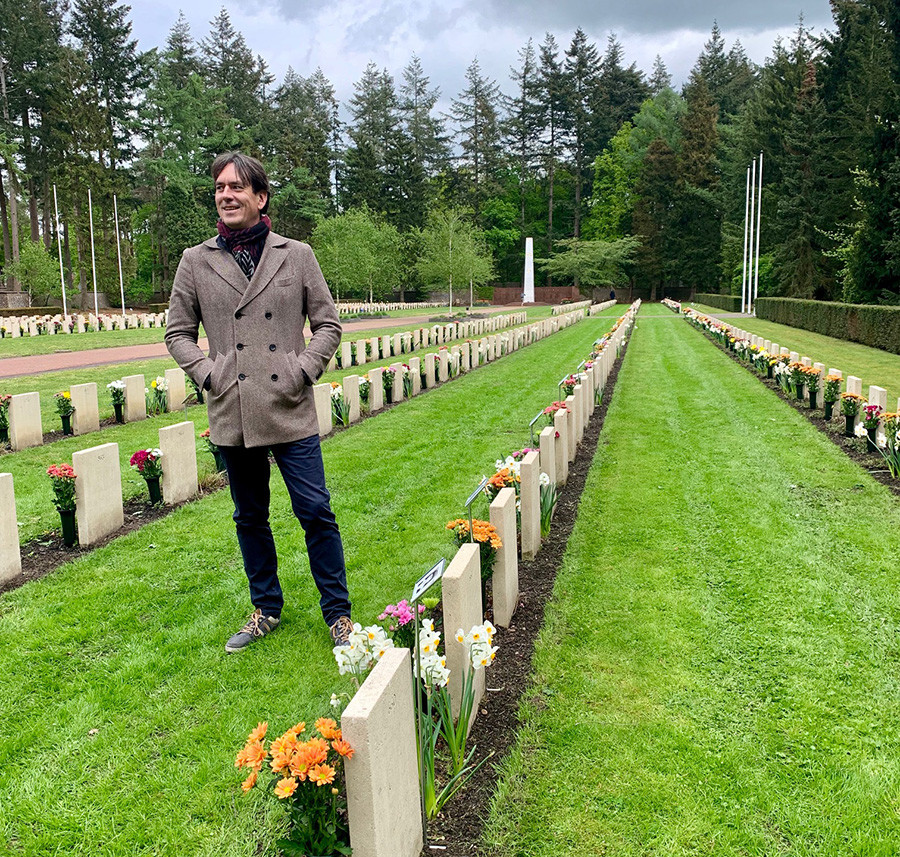 “Twenty years ago, I had never heard about this place, even though I was born there. And none of my friends did,” says Remco Reiding, Director of the Soviet War Cemetery Foundation in Amersfoort, The Netherlands.

865 Soviets are buried there, including 101 prisoners (mostly from Central Asia) killed in Camp Amersfoort, 691 Red Army soldiers reburied from the in Margraten cemetery (200 km from there), and 73 forced laborers. 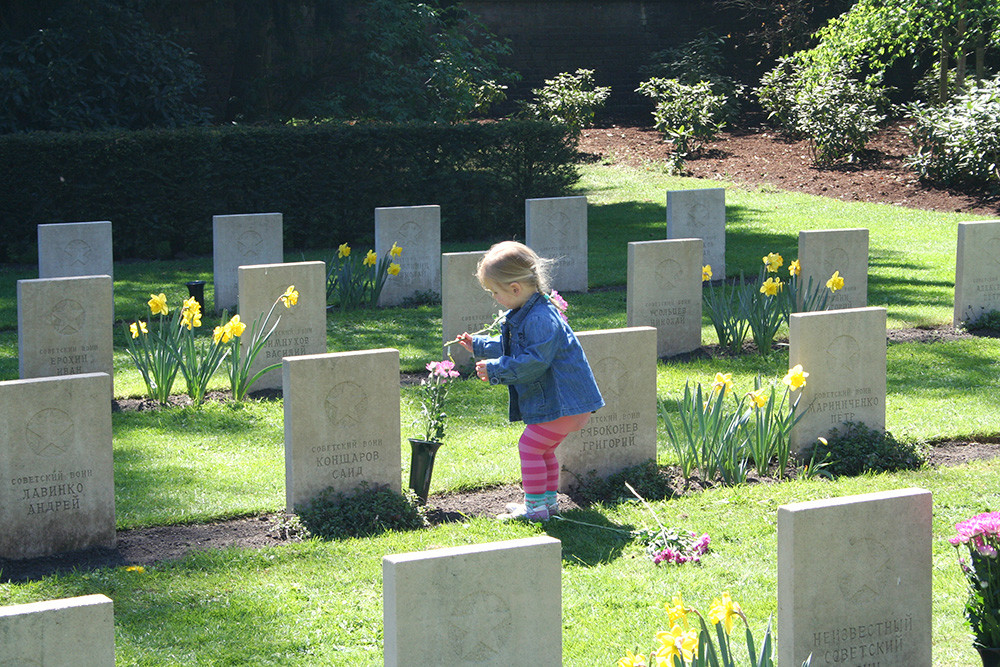 “In 1998, while working at the local newspaper, I was told that there is a forgotten Soviet war cemetery,” Reiding says. He found that not a single soldier there was identified and no relatives were found, and he started searching for information about them in Dutch and German archives. Two years later, he succeeded in finding information about some of the soldiers and informed their relatives. “I understood that if it worked, maybe we should do it for all the 865 soldiers. That’s what changed my life: from journalist I became a searcher,” he says.

In 2010, he created the Soviet War Cemetery Foundation and headed a team of history enthusiasts who researched the fates of those soldiers. The main job happens in the archives, because only they have the first and last names. “For example, we have a soldier Andrei Ivanov, and that’s all. There could be thousands of Andrei Ivanovs missing in action! I use many sources. One of the most important ones is the OBD Memorial (an official Russian online database for POW/MIA). I once identified a soldier who was known as Ropojetzki, but it turned out that the [the Nazis weren’t so good with spelling Russian names]: his real name was Khrapovetsky. I would never find him in a physical [archive].” 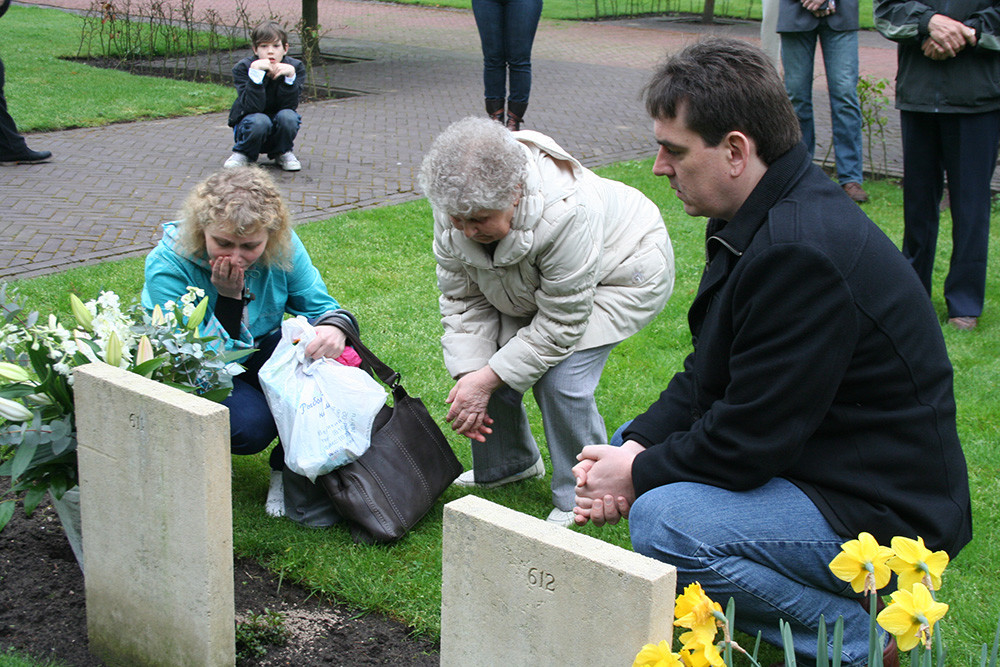 The city administration and the Russian Embassy in the Netherlands support his project. “When I started it all, the cemetery was forgotten, and no one cared anymore. But now I’m appreciated by the authorities,” Reiding says. To this day, his team has identified 220 soldiers and found more than 200 relatives. “We have quite ambitious plans for keeping the memory alive,” he says.

'We want to return all names' 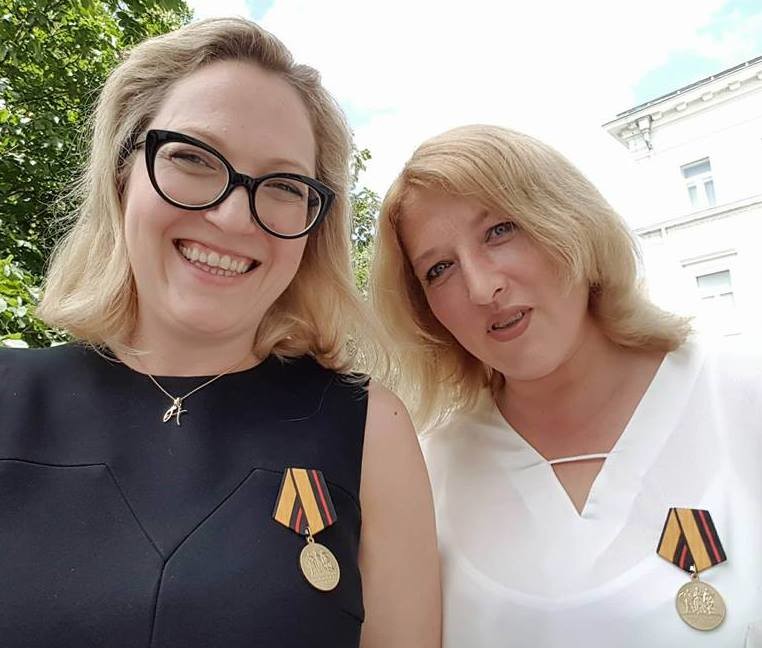 “There’s no romanticism here, it’s a routine, but insanely interesting job,” says Julia Egger from Vienna. Ten years ago, she moved from Smolensk (western Russia), where she worked as chief editor of the local branch of the Komsomolskaya Pravda newspaper, and together with compatriot Alexandra Kolb, founded the Pamyat (Memory) research center in Austria.

It all started with the ‘Book of Memory’ [‘Sowjetische Tote des Zweiten Weltkrieges in Österreich’], published in 2010 by Austrian historian Peter Sixl (1944-2019). A landscape engineer by profession, Sixl had rebuilt a Soviet military grave in the 1980s. As a result, he completed a catalog with 60,000 names and places of burial. “We worked with him on the second edition in 2015,” says Julia. “Now we are engaged in the e-version of the book: five years on, a huge number of new documents have been found.” 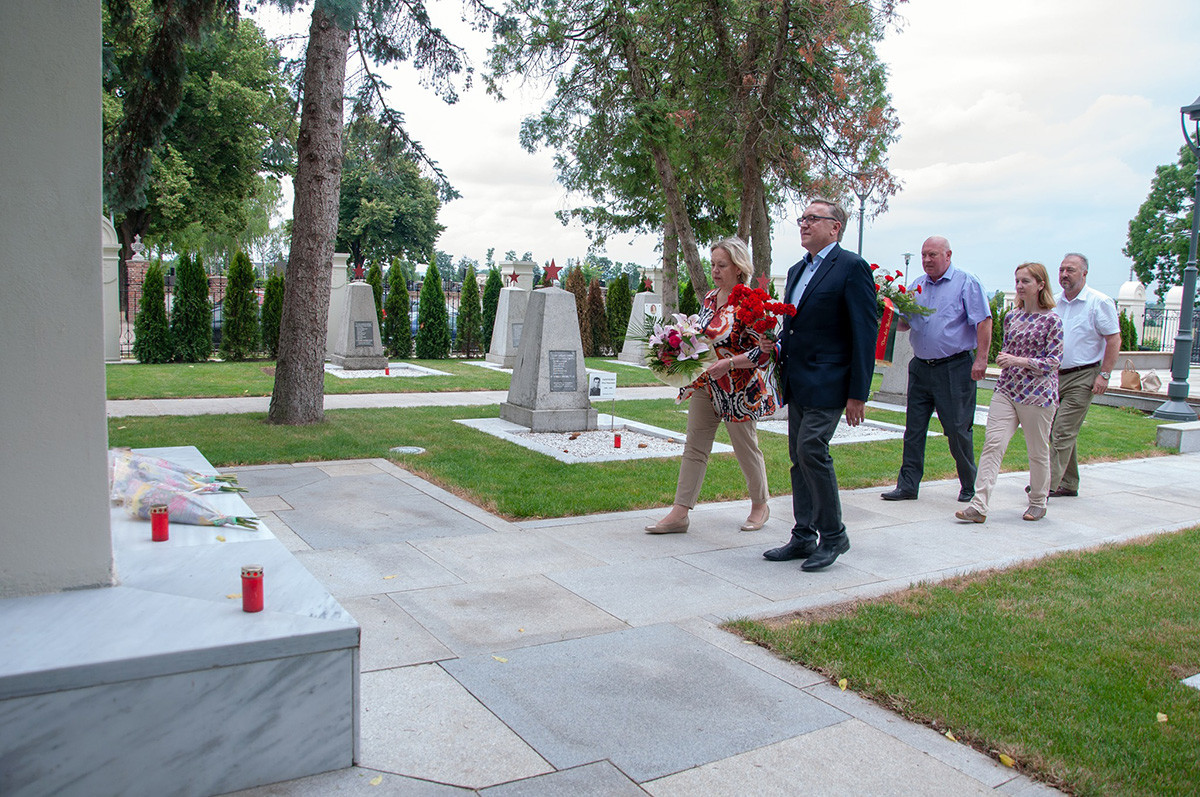 In Austria, there are at least 226 military graves (143 of them are mass graves) with more than 80,000 Soviet citizens: soldiers, prisoners of concentration camps, “ostarbeiters”. “Some were reburied two or three times, and for a long time, we tried to understand the principle of the reburing and where to search for documents now,” says Julia, noting that they are always welcomed in the Austrian archives.

They spent two years traveling around the country and making a map of all the known Soviet graves. “We want to publish a photo of each grave so that relatives can see it,” Julia explains.

They receive such requests every day, but some of them have to wait for a response for years, because it is not so easy to find and compare the name and actual burial place. “When rewriting documents in archives, Sokolov can turn into Solovyov, Grigoryevich into Georgievich, Aleksandrovich into Alekseevich, but we want to return all names. It’s difficult to define the original burial place: Austrian settlements were written in Russian transcription and there were no outlines, and moreover, the person may become anonymous in the few available documents on the reburial,” she says. 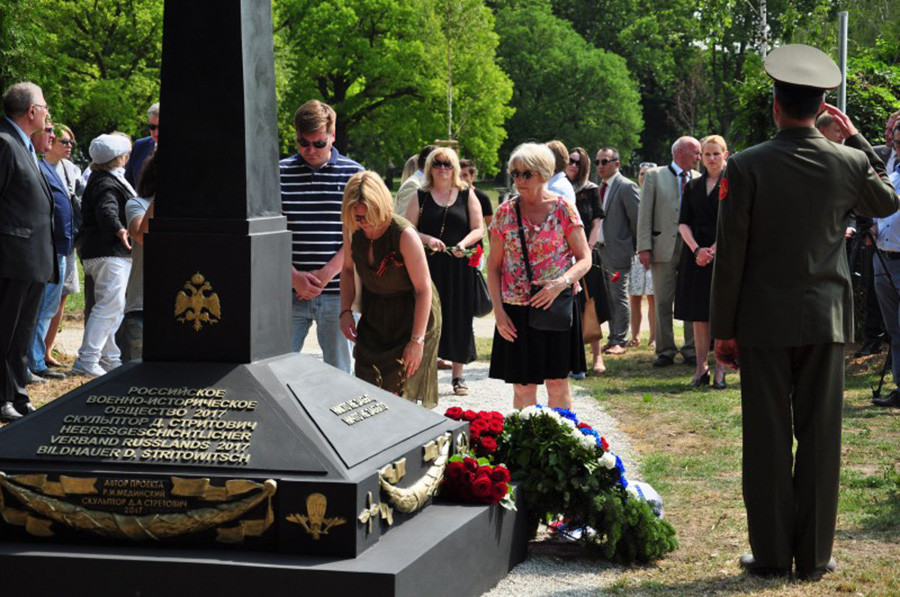 Still, Austrians from time to time find new burial sites: in a forest, in some villages, in existing community cemeteries. Even at the Vienna Central Cemetery, in 1980, it was discovered that 183 Soviet citizens were buried at gate ‘X’. And they were only identified in 2017: the obelisk with their names has been erected on this place today.

'Names of dead were written wild' 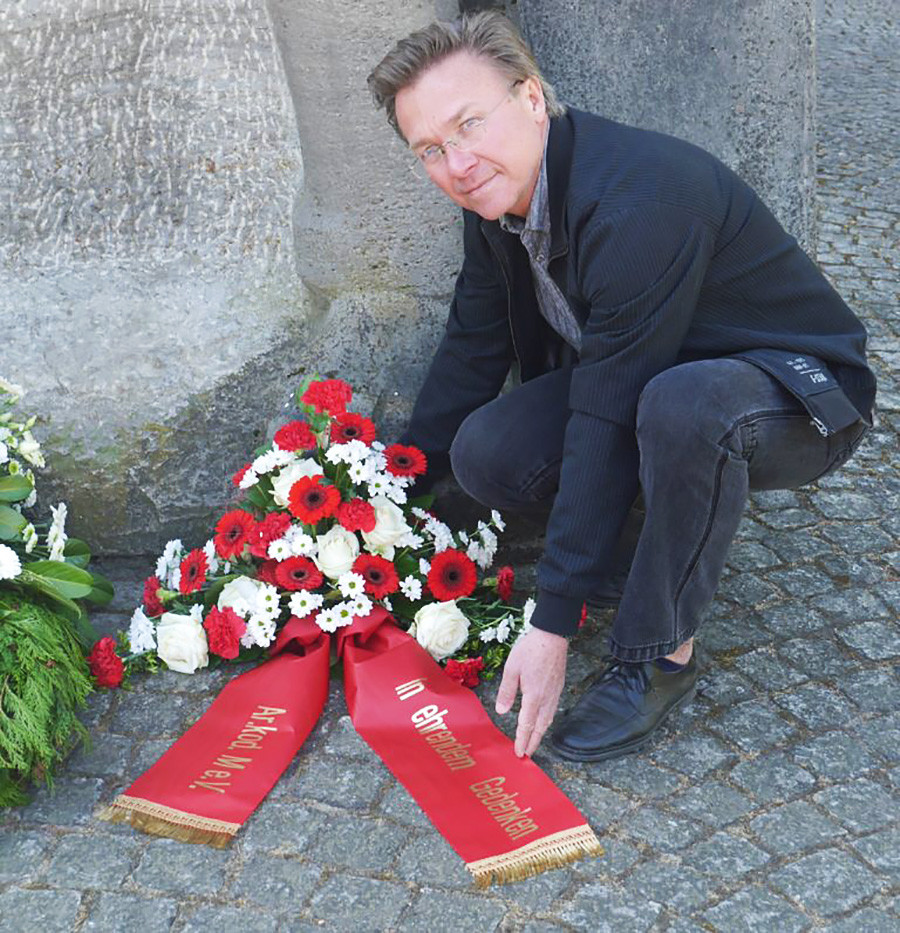 “In any small village you can find a Soviet burial site,” says Dmitry Kostovarov from Dortmund, who moved here from Almaty (Kazakhstan) in 2004. In many German cities, where a huge number of Soviet soldiers and POWs are buried, there are “searchers” who work alone, however, it’s easier to do this if you represent a public organization, according to Dmitry.

He began with the search for his grandfather, who died in 1942 in Leningrad Region. It was not possible to find exact information, but in the process he met other “searchers” and finally left the profession of heating engineer and established a historical organization called ‘The memorial of Russian victims of the war’. It includes residents of the former USSR republics and Germans. 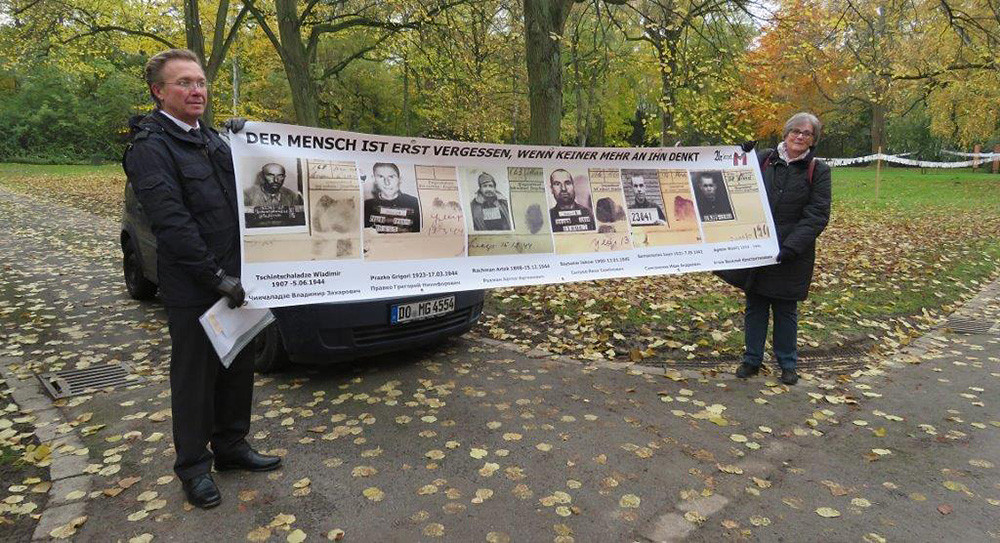 “People understand that things that happened there were horrible, and not only during the war, but also after it. The names of dead were written wild, the monuments were demolished, the graves were abandoned. There are people who understand that this is wrong,” says Dmitry. Now each commune has its own forms of monuments and spellings of names, but there’s a need for equal principles for organizing such burials for everyone, he adds.

Once he wanted to organize a ‘subbotnik’ [a voluntary clean-up] at the cemetery, but failed - it turned out that, in Germany, the monuments are cared for by special services, and trying to do something on their own is considered vandalism. “Although there are some guys who wash Soviet monuments at night, like partisans. They believe that it is their duty,” says Kostovarov.

According to him, in 2019 alone, his team was able to help in the search for 11 people and accompany 8 families to the burial places of their fallen relatives. Lists of those he finds, he publishes online.

In addition to searching for names and burial places, Dmitry is fighting to create a memorial at the site of a camp in Dortmund: “Now there is an entertainment center, next to which there is a memorial stone with a sign saying: ‘There was a camp’. And that’s all. I asked for a small room for the archive, but was refused.”