Where Soviets, Americans & British fought side by side during World War II 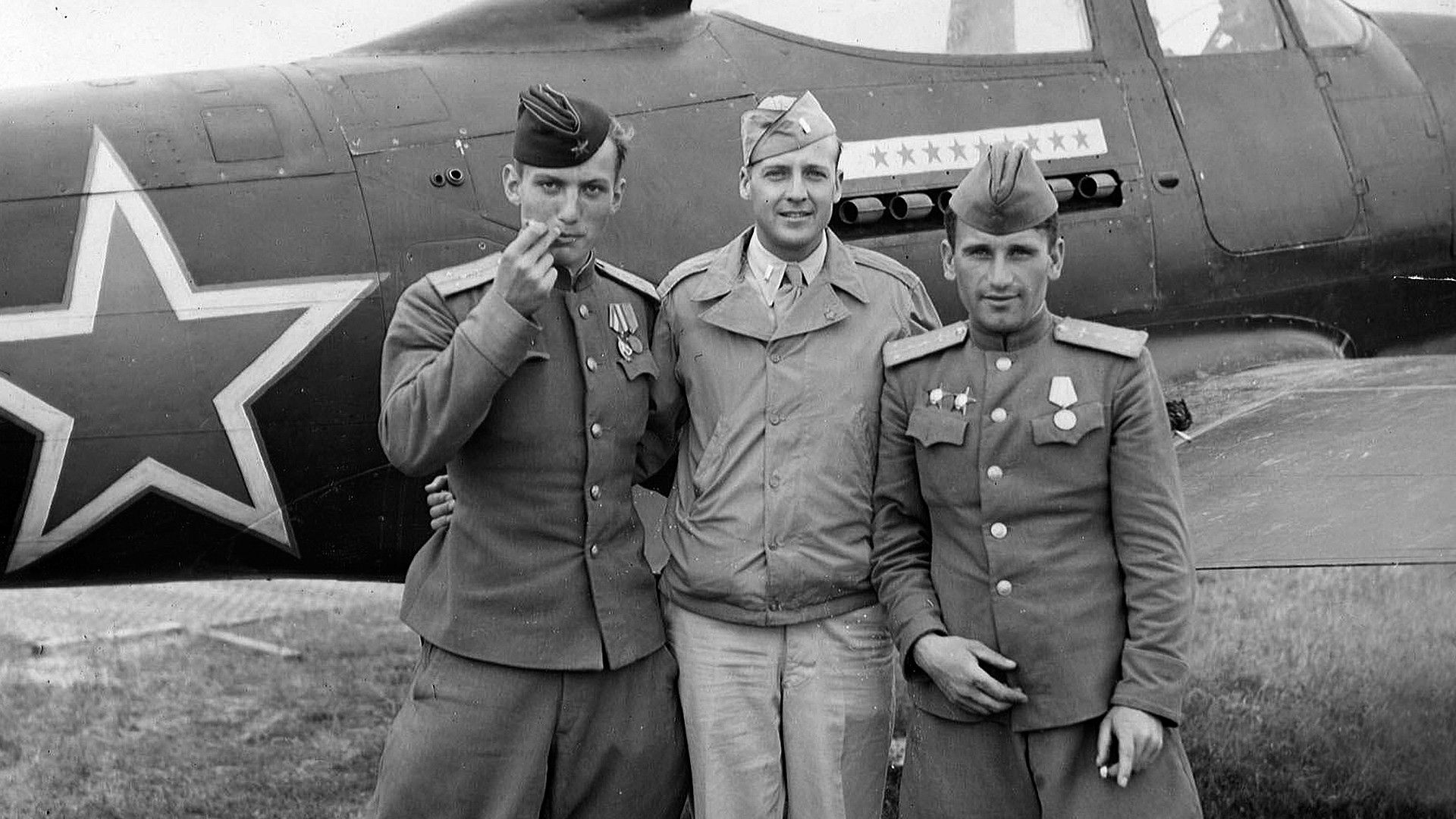 National Museum of the U.S. Air Force
Despite most joint operations between Western Allies and the Soviet Union ending successfully, one ended so badly that it not only worsened bilateral relations, but contributed much to the start of the Cold War.

The Red Army seldom fought shoulder to shoulder with American or British troops on the battlefield during World War II. They operated on different fronts and carried out their own objectives. However, there were several episodes of cooperation on record. 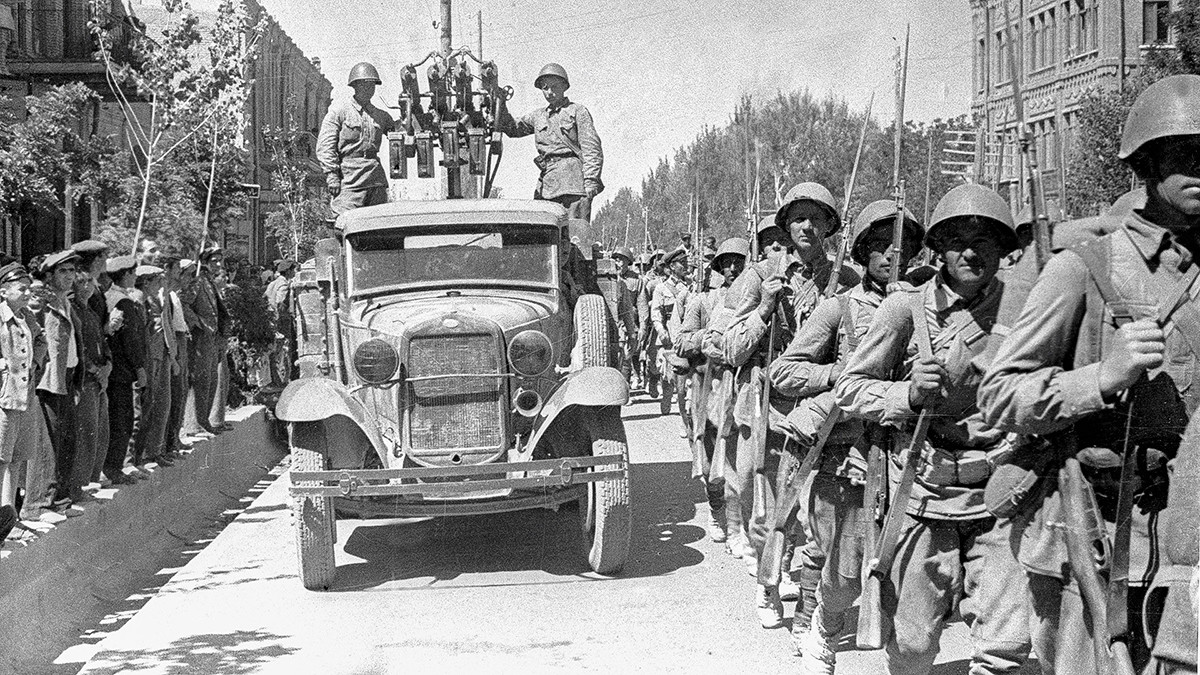 In summer 1941, when Soviet troops were suffering from hard defeats by the Wehrmacht, Stalin and Churchill decided to open a new front thousands of miles from Europe, against Iran. The reason for such action was this Middle Eastern country’s strong pro-German connections.

The Third Reich not only had a colossal influence over Iran’s economics and politics, but also created a deep intelligence network there. To liquidate a potential threat for the Soviet southern border and to ensure there was a stable route for British supplies of weapons and ammunition to the USSR, the two countries jointly invaded Iran on August 25, 1941.

Here you can see a photo gallery of how the invasion of Iran, dubbed ‘Operation Countenance’, went down, and how the Soviet and British soldiers shook hands as allies for the first time. 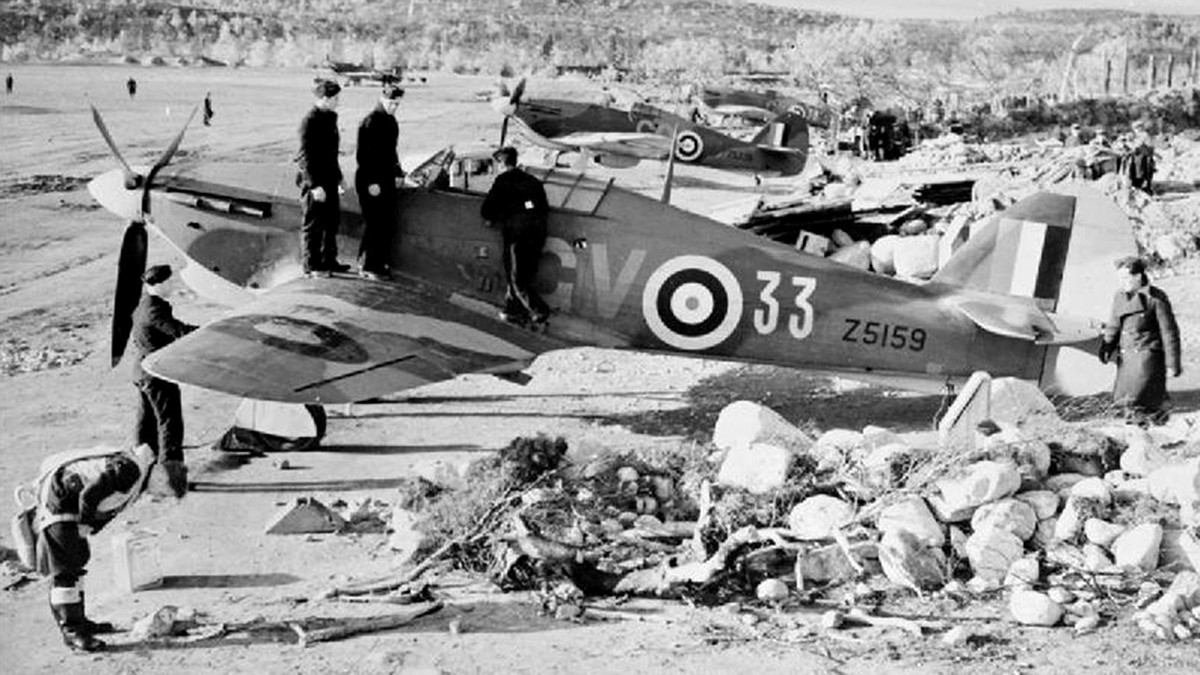 Almost at the same time as the Soviets and British were jointly fighting in the hot south, they also started a common fight in the frozen Arctic, as well. In late August-early September of 1941, 39 Hurricanes fighters, 30 RAF pilots and several hundreds of assistant personnel arrived in the Soviet northern ports.

Hundreds of British fighter planes were supposed to be delivered to the USSR as an aid to its fight against the Nazis. The mission the RAF pilots had was to train their Soviet colleagues to fly them. However, it didn’t end with the teaching: British pilots also took to the skies to fight their German and Finnish enemies.

Here you can read about how the RAF pilots lived and fought in the Soviet Arctic in autumn of 1941 and what role they played in defending of the region in those hard times. 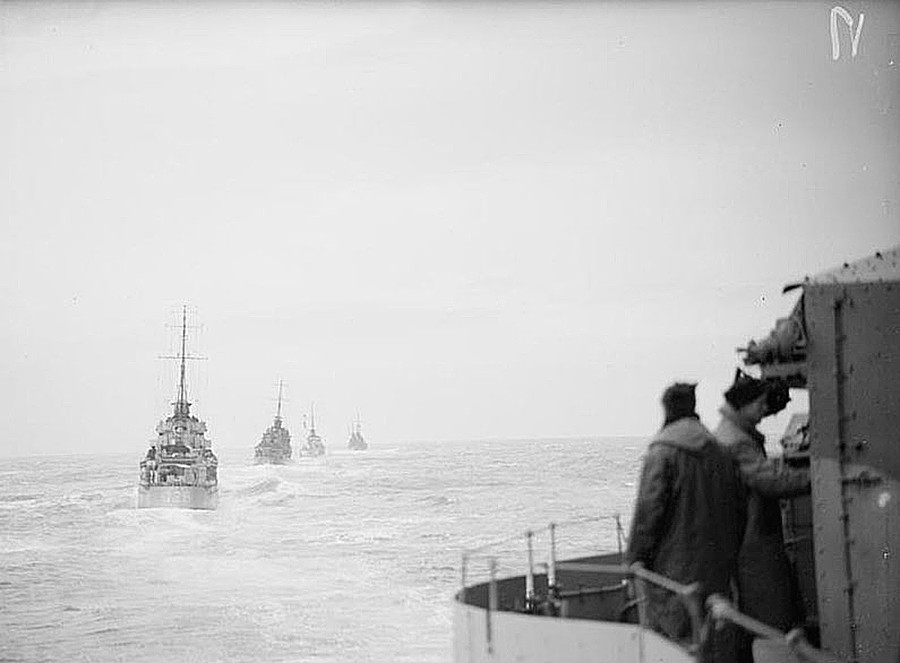 Arctic convoys were one of the main ways the West assisted the Soviet Union during the war. Tanks, fighter planes, fuel, ammunition, raw materials, and food were all supplied en masse, and played not the least role in the final victory over the enemy.

Since the convoys’ route passed dangerously close to the German-occupied Norway, the Allies had to coordinate tightly to protect the ships, cargo and men from the Luftwaffe and Kriegsmarine. The British Navy led the convoys to the Soviet coastal waters, where the latter were given under cover of the Soviet Northern Fleet’s air force and navy.

You can read a bright history of this important cooperation during World War II in our article. In it you will also find out about the tragic history of the unluckiest Arctic convoy - the ‘PQ-17’. 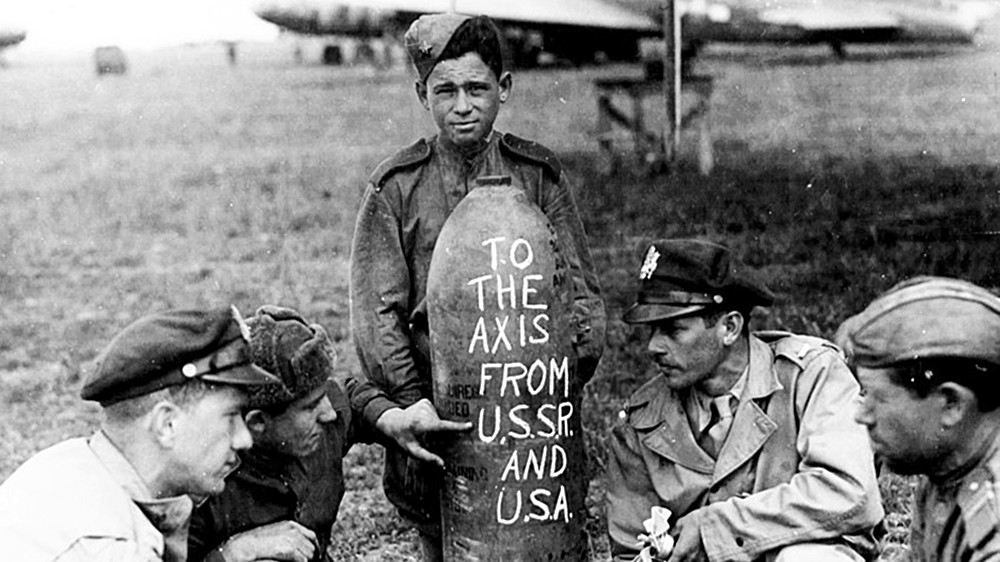 In February 1944, the U.S. Air Force got permission from Stalin to use Soviet airfields for bombing Germany. Over 70 American bombers and escort fighters were stationed near the Ukrainian city of Poltava, under the protection of Soviet anti-aircraft guns.

This Operation, dubbed ‘Operation Frantic’, was meant to improve the relations between two countries, but seriously damaged them instead. On June 22, 1944, the Luftwaffe surprisingly attacked the airfield destroying most of the USAF aircraft. Americans blamed the Soviets for this disaster.

Here you can find out who really was to blame for the failed operation that was meant to improve bilateral relations, but seriously damaged them instead.