Why does Russia build special railways for children? (PHOTOS) 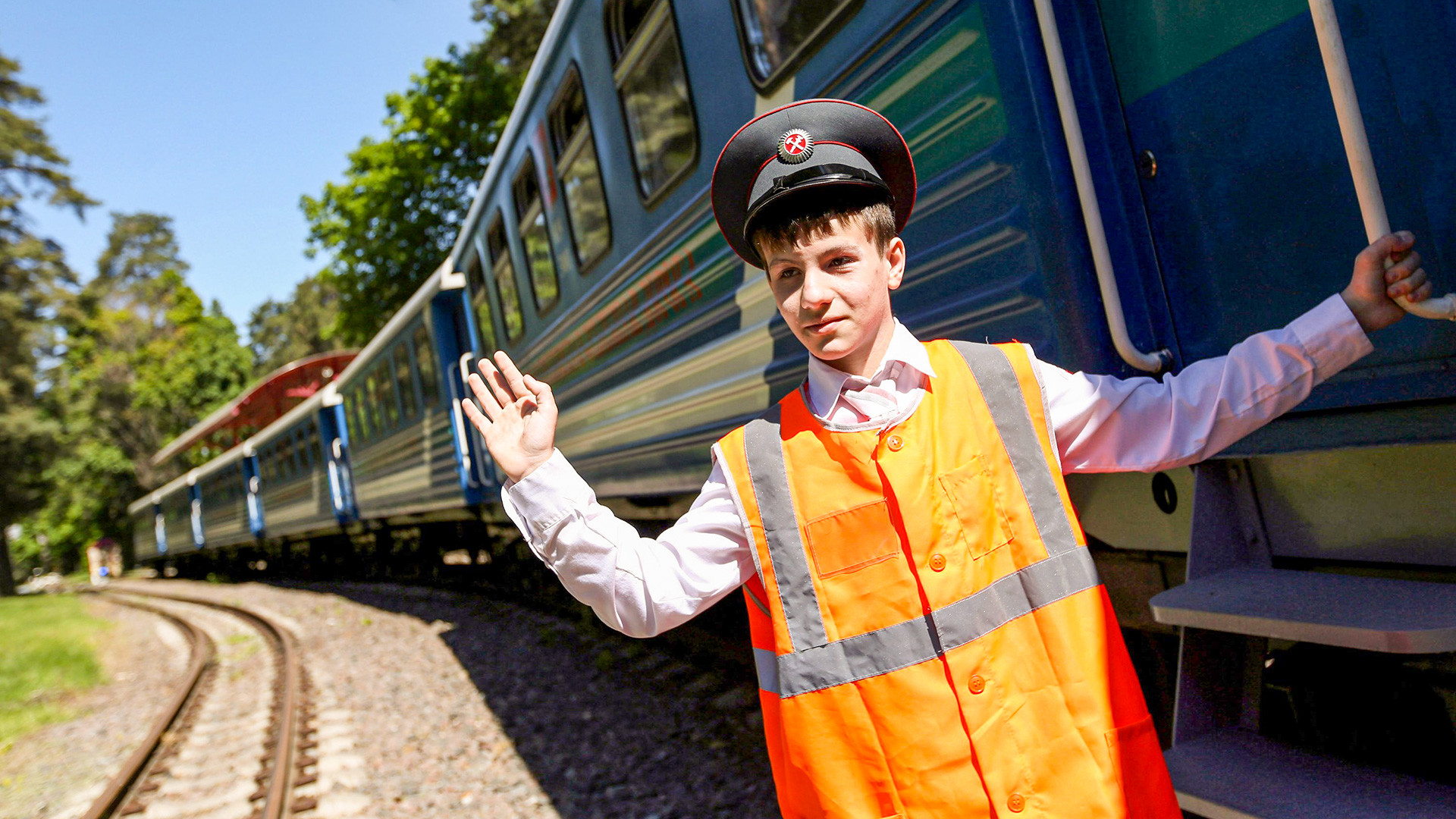 Kirill Zykov/Moskva Agency
Everything about them is real - the trains, the stations, the traffic operators – just a little smaller. And it’s the children who are in charge.

Imagine traveling on a train that is driven by a 15-year-old teenager, on which a 12-year-old schoolchild checks your tickets, and the departure signal is given by a 10-year-old girl. This is not an amusement ride, but a real railway. There are 25 of them in Russia, and all of them are a part of the Russian Railways network. 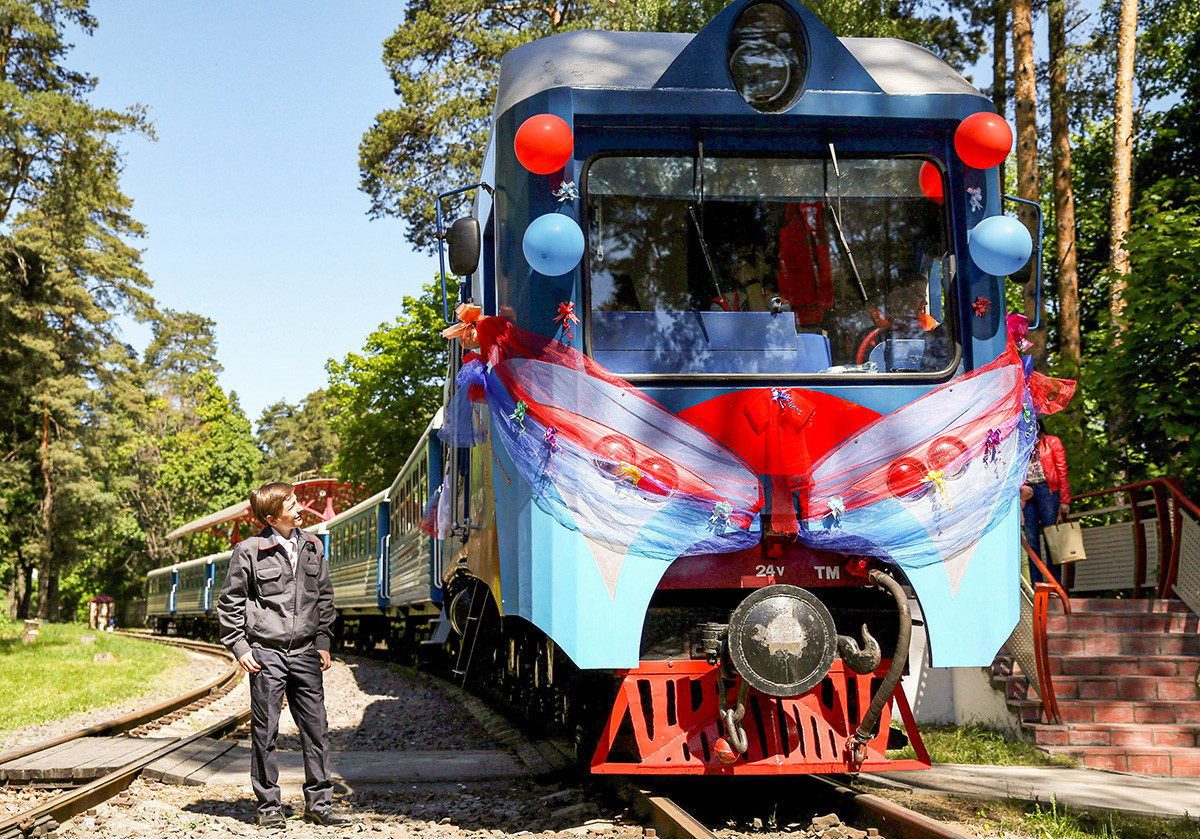 These railway lines are intended for children aged 10 to 18 who want to learn more about how railways work. Training is free of charge, and the full course lasts five years. From October to May, learning takes place in the classroom, while the most exciting part –  the practical segment – takes place during the summer. 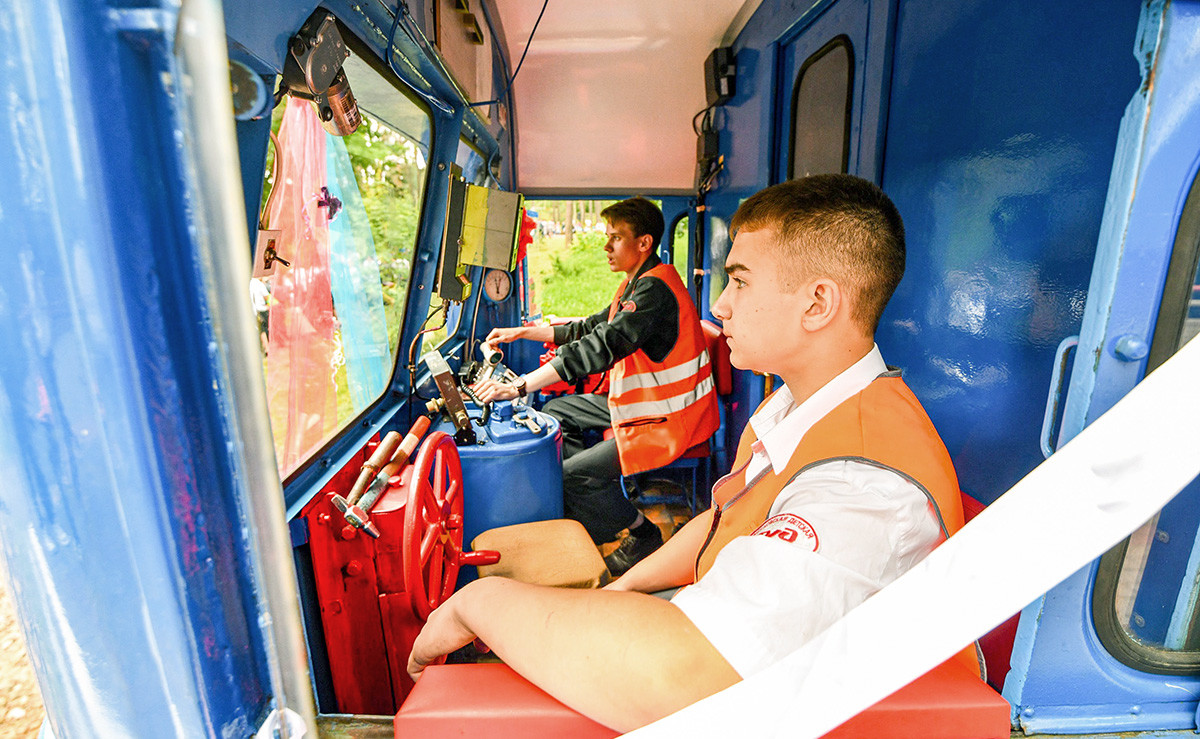 The opening of the new season at the children railway in Kratovo outside Moscow.

For the first two years, kids learn how to work as train conductors, platform assistants and switchmen. Beginning from the third year, they can choose an additional specialization. Some like planning routes, so they study to be station masters. Others want to drive a real train, so they undergo training to become assistant drivers. Those who would like to become shift supervisors get the relevant training as well. All jobs and specializations are open to both boys and girls. 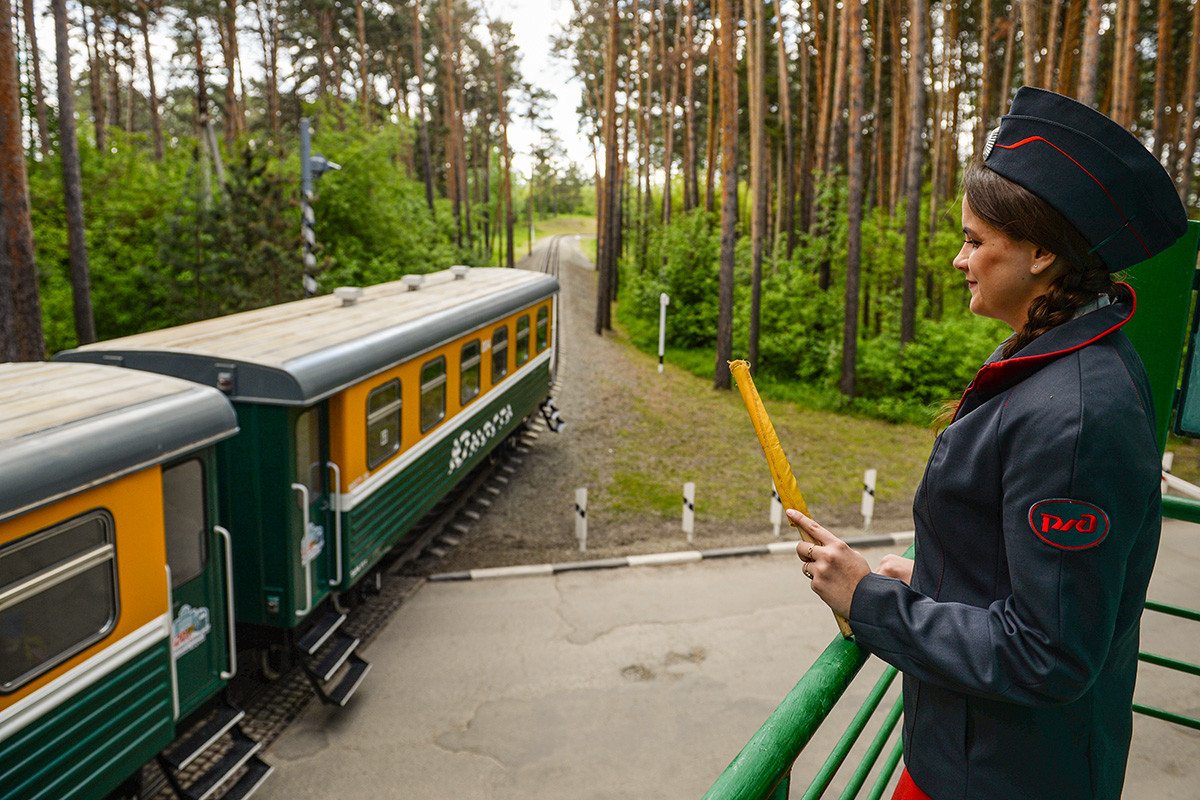 On practice days, shifts begin at 8 a.m. and last until 4-5 p.m., just like a full working day in other words. Each day begins with a morning meeting in which shift supervisors outline the day’s work plan. There can be up to 70 children working on a single shift, so you imagine how difficult it must be to organize all of this. And yet, all of it is done by children themselves. 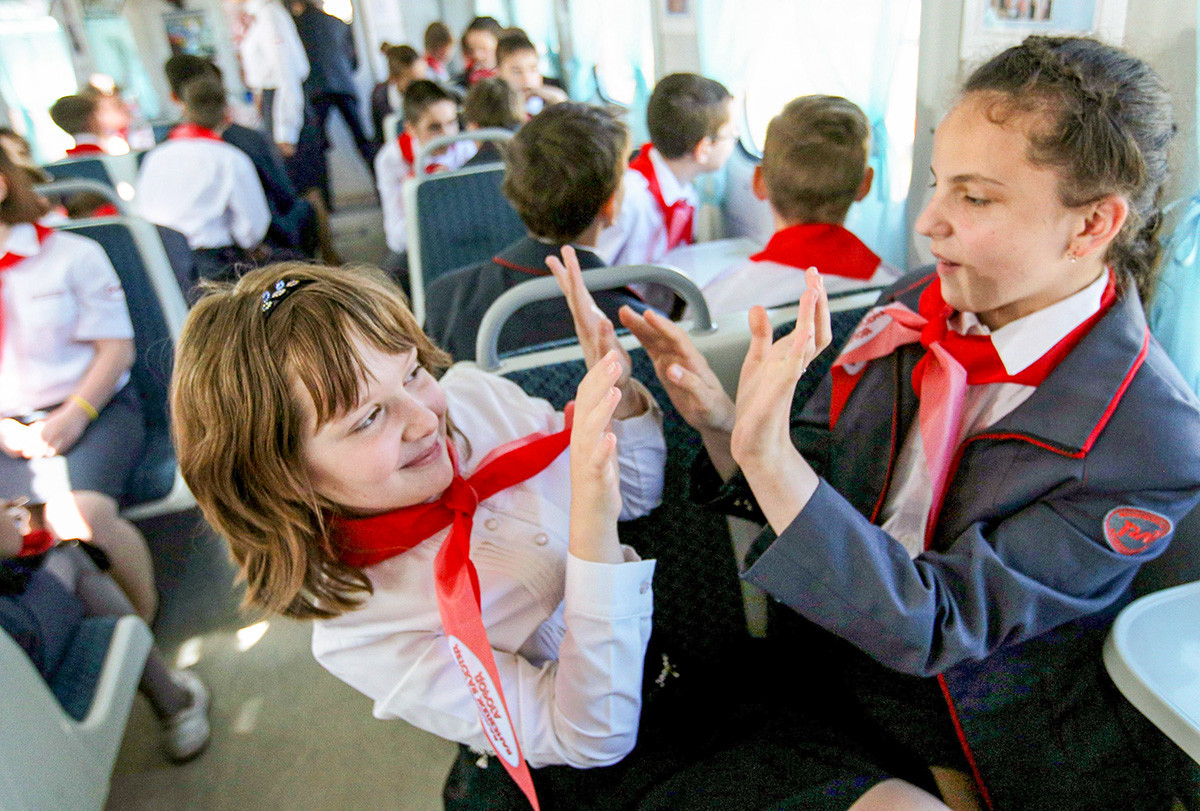 After the morning meeting, the train needs to be prepared for the day. This involves inspecting the locomotive and checking the underframe, since safety is the top priority. After this, the train is ready to go. In summer, many families with children come here to take a ride with the young railway workers. As you can imagine, many more kids get inspired by the railway after going on one of these trips and want to join the training too. 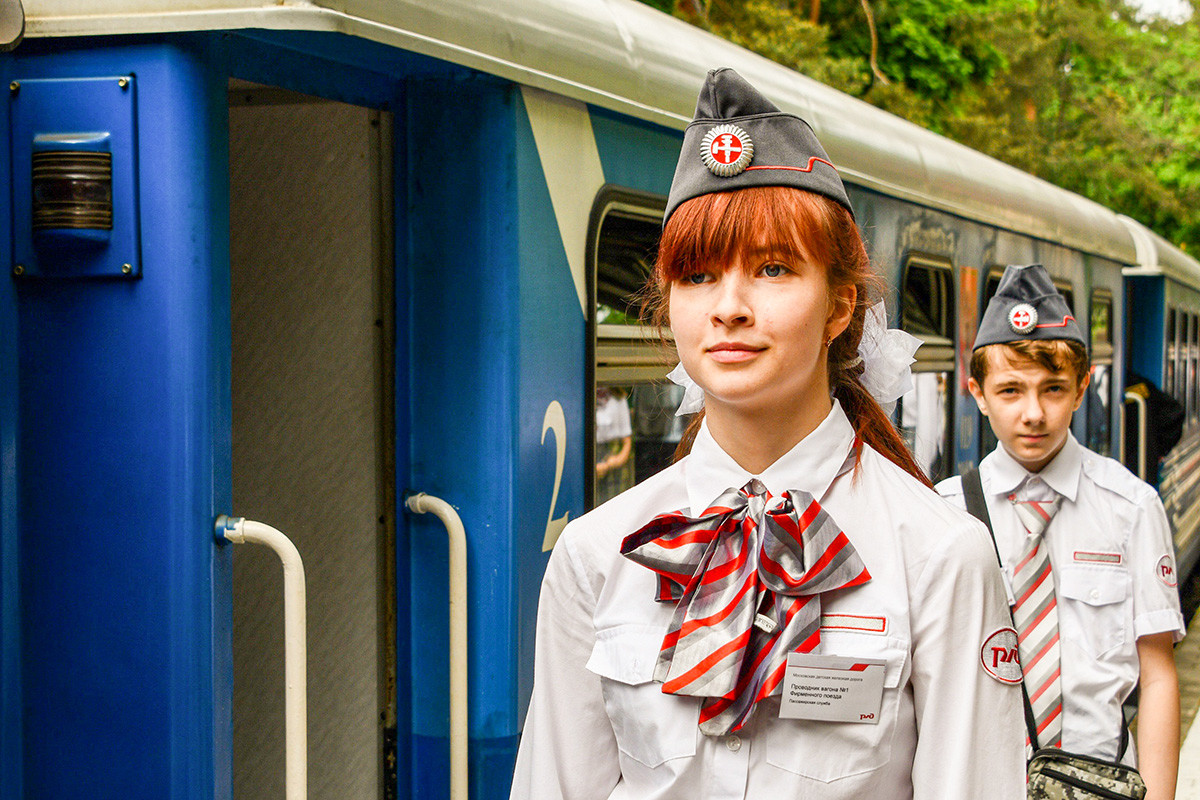 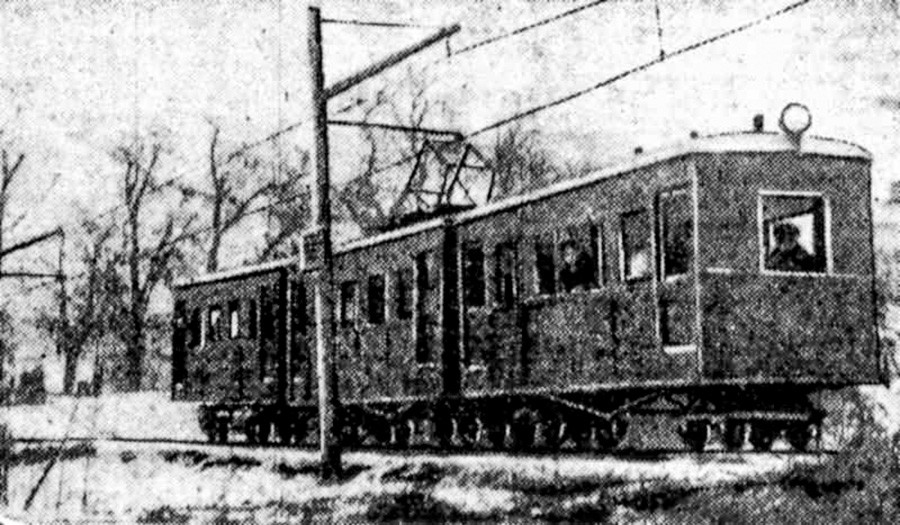 From then on, children's railways were built throughout the Soviet Union as well as Eastern Bloc countries, including the GDR, Czechoslovakia, Hungary, Bulgaria, China and Cuba. All these were narrow-gauge railways, usually with a gauge width of 750 mm. This was the gauge used in the USSR, making it possible to use existing rolling stock and locomotives. 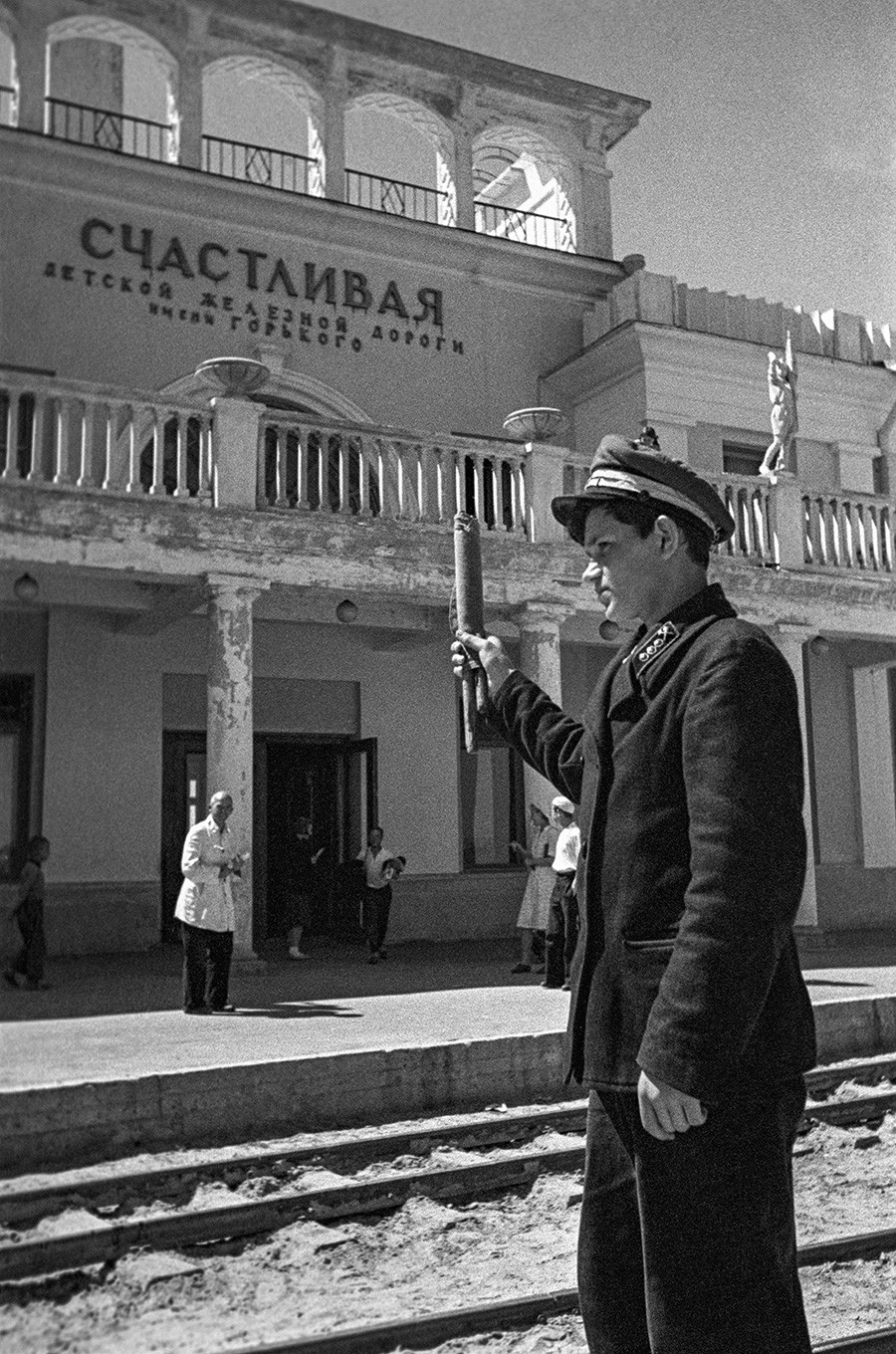 A boy at the Schastlivaya (Happy) station in Nizhny Novgorod. 1940.

Before the start of the war, at least 20 such railway lines were running across the Soviet Union, from Moscow to the Far East. Some of them were destroyed in the war, but after 1945 construction resumed. By the late 1980s, the country had 52 railways for children. 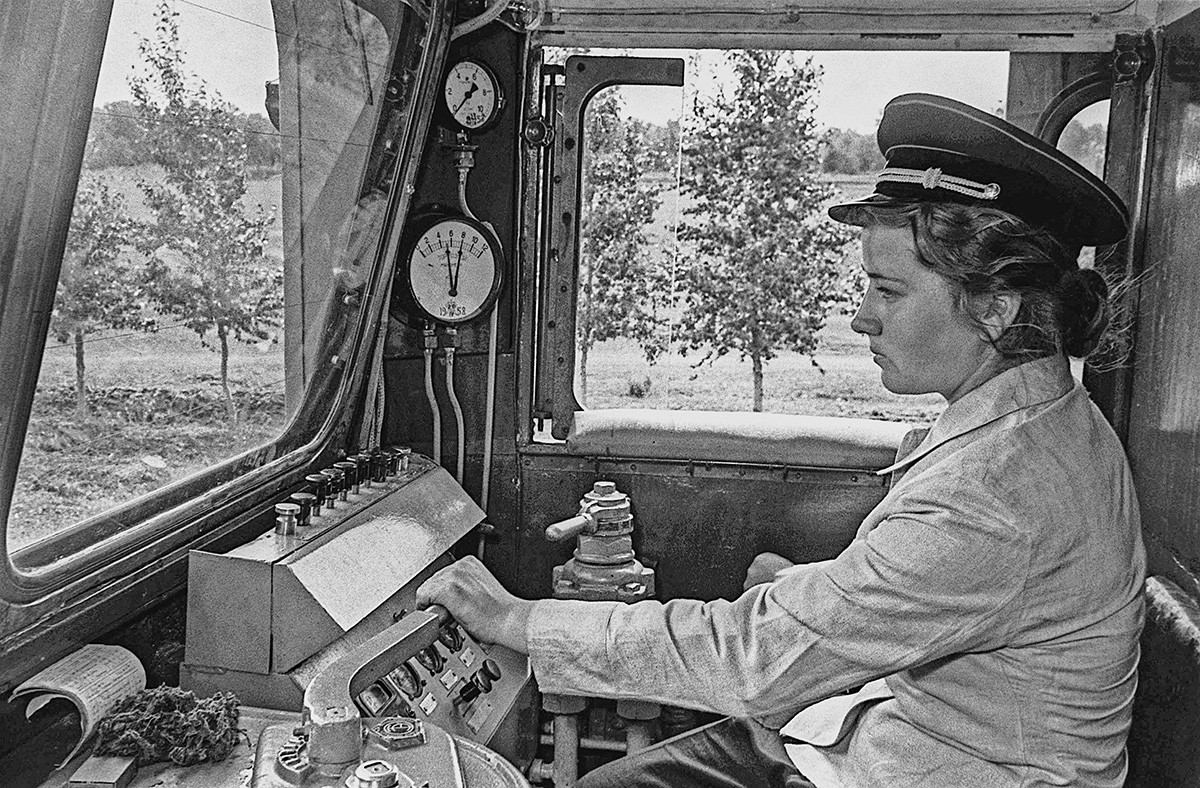 A girl drives the train at the Orenburg children railway.

After the collapse of the USSR, many children's railways in the Soviet Union and abroad were closed, mainly due to a lack of state support. The ones in Ukraine, Belarus, Hungary, Germany and Slovakia survived, and many of them have since been turned into amusement rides. Of the original lines, the only ones that remain open are in Krasnoyarsk (Siberia), Kratovo (Moscow Region) and Dnipropetrovsk (Ukraine). Russia is now the only country in the world that continues to actively build new children's railway lines. 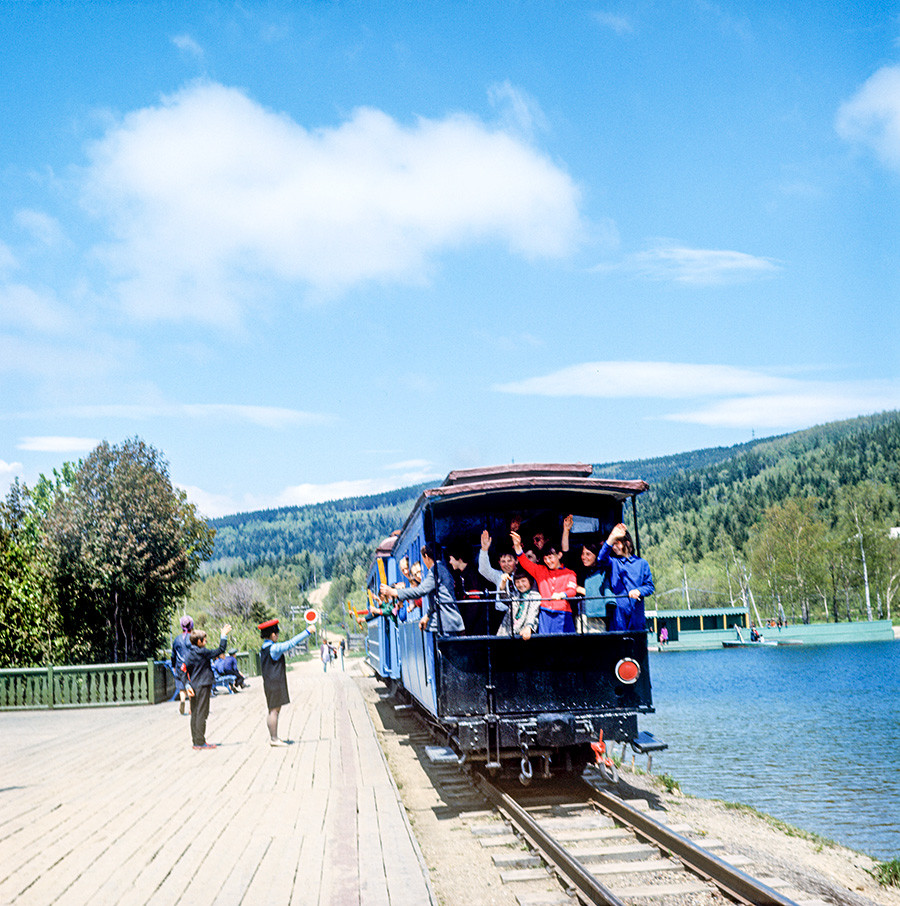 At present, Russia has over 100 km of children's railways, some which were built this century. New lines have appeared in Kazan, Kemerovo, Novosibirsk and St. Petersburg. The longest line (11.6 km) is the Svobodnenskaya Railway in Primorye, while the shortest one (1.065 km) is located in Kurgan. 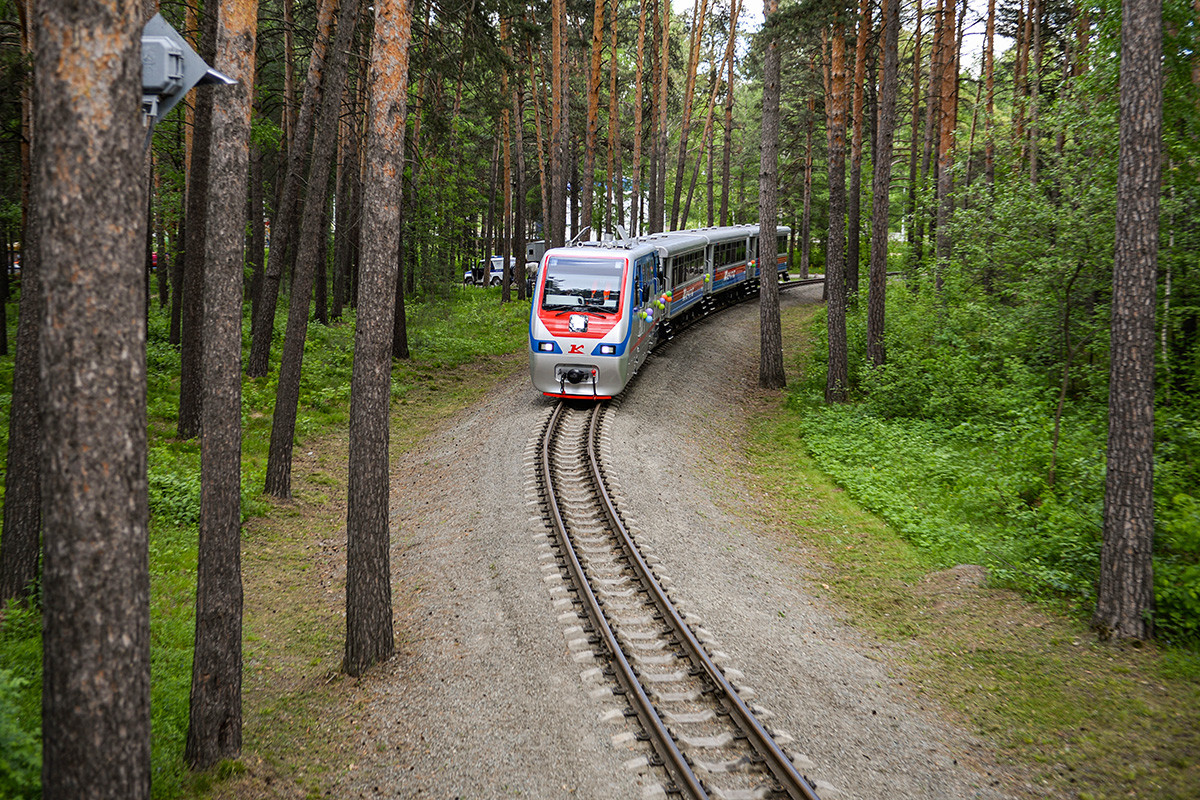 Every year, 15,000 children receive practical training on children's railways. More than half of them later go on to complete related university degrees in order to pursue a professional railway career. 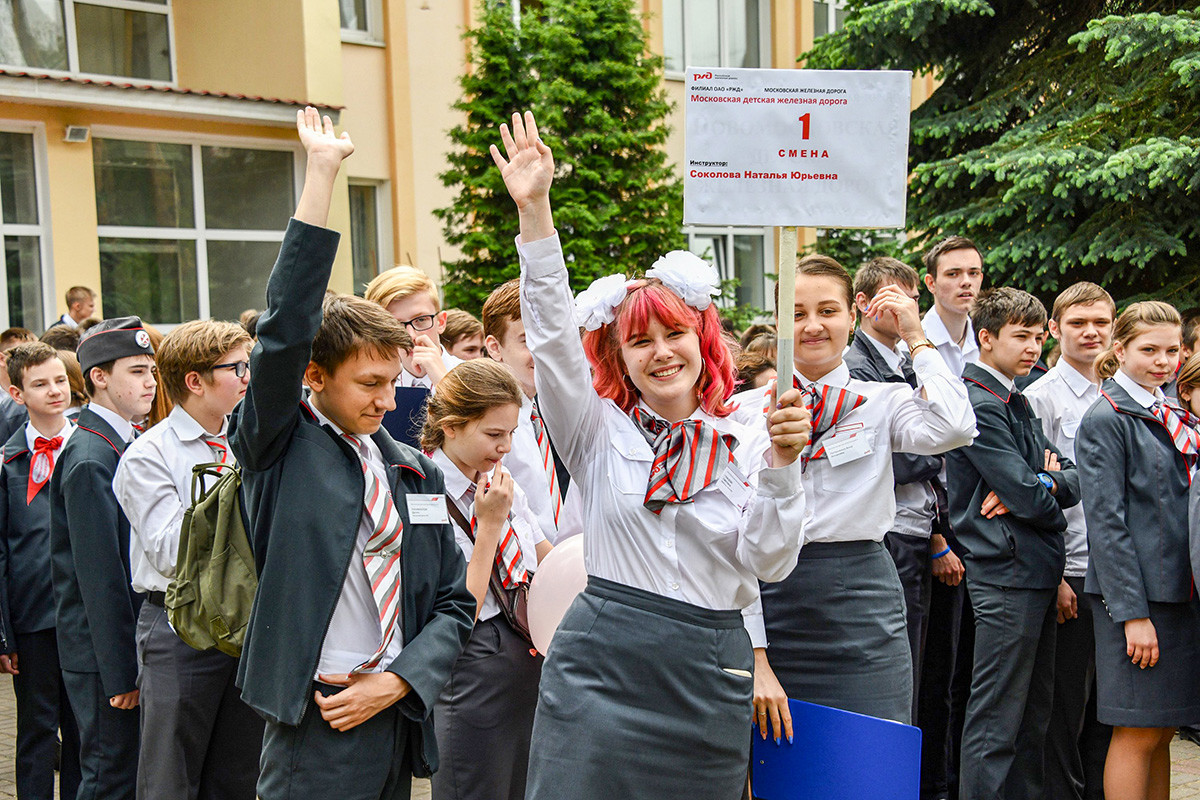 Students at the chldren railway outside Moscow.