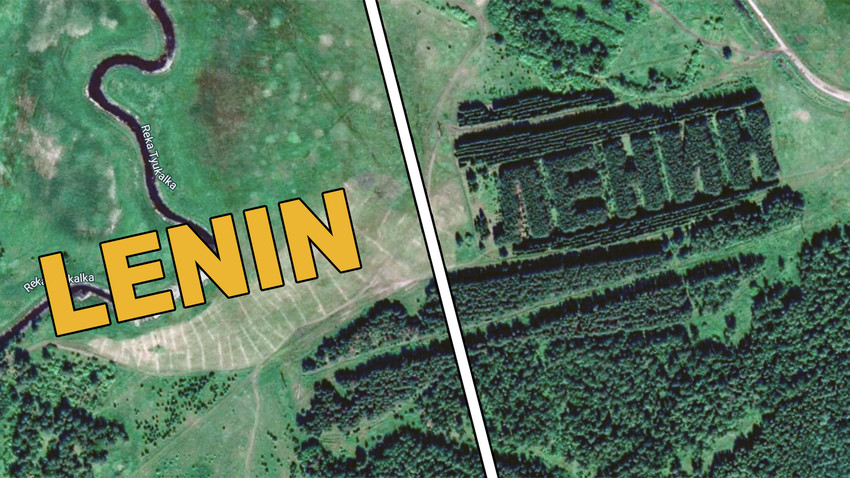 Google Maps, Russia Beyond
Citizens of the USSR bequeathed their descendants with greetings from the past in the form of giant inscriptions spelled out by trees. And it’s not a joke.

The Soviet Union loved everything monumental and these messages to future generations are proof of it. From the ground they look like trees in an ordinary forest, but from a bird’s eye view, they transform into giant geoglyphs. They were made in two ways: Either trees were felled in a particular pattern or new trees were specially planted so that they would form an inscription once they matured. 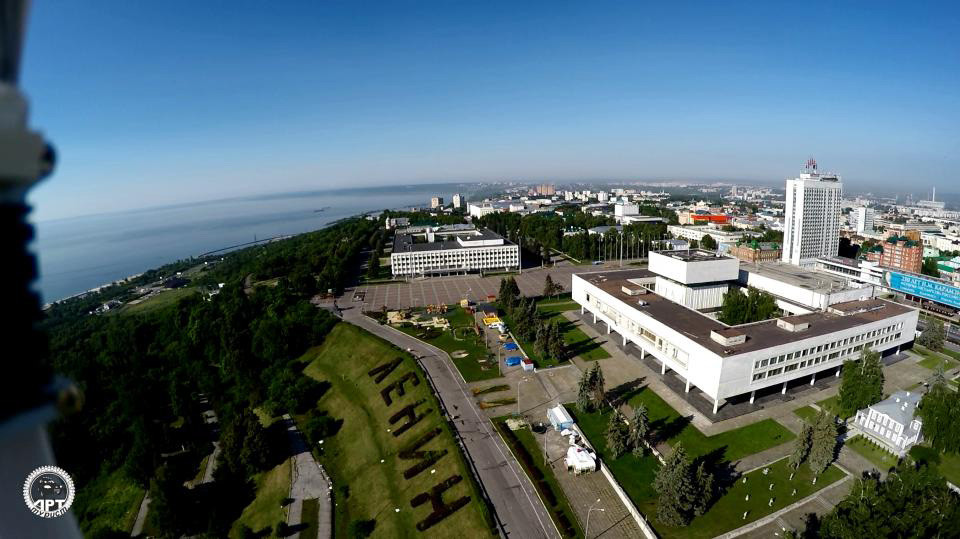 In the past, only locals knew of these “greetings from the USSR”, while nowadays, they can easily be seen on satellite images. To date, about 50 such inscriptions have been found. 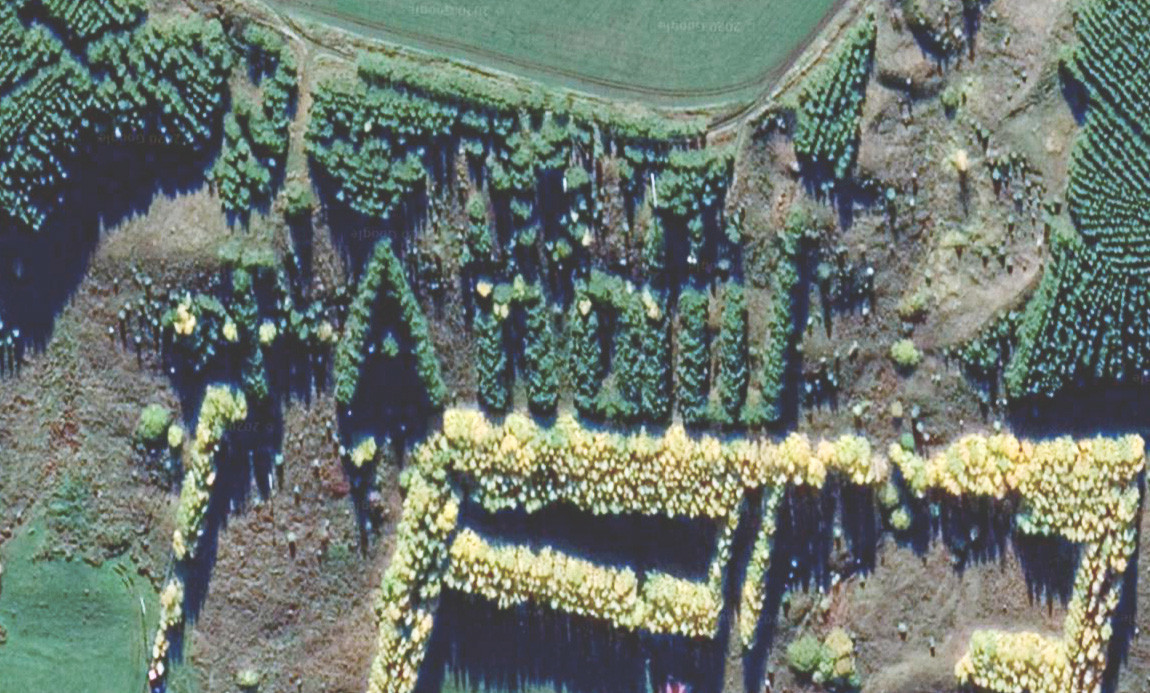 Aktantysh inscription in the same name village in Tatarstan.

Mass tree planting throughout the country began in the 1970s. The first occasion for such an unusual landscape design was the centenary of the birth of the revolutionary leader and founder of the USSR, Vladimir Lenin, and most of the surviving geoglyphs are dedicated to him.

The best known one spells out “Lenin is 100” in the Kurgan Region. It was created by workers at a local forestry station between the villages of Trud and Znaniye. They planted a forest of 40,000 pines that stretches for 600 meters and has since grown to a height of 80 meters. 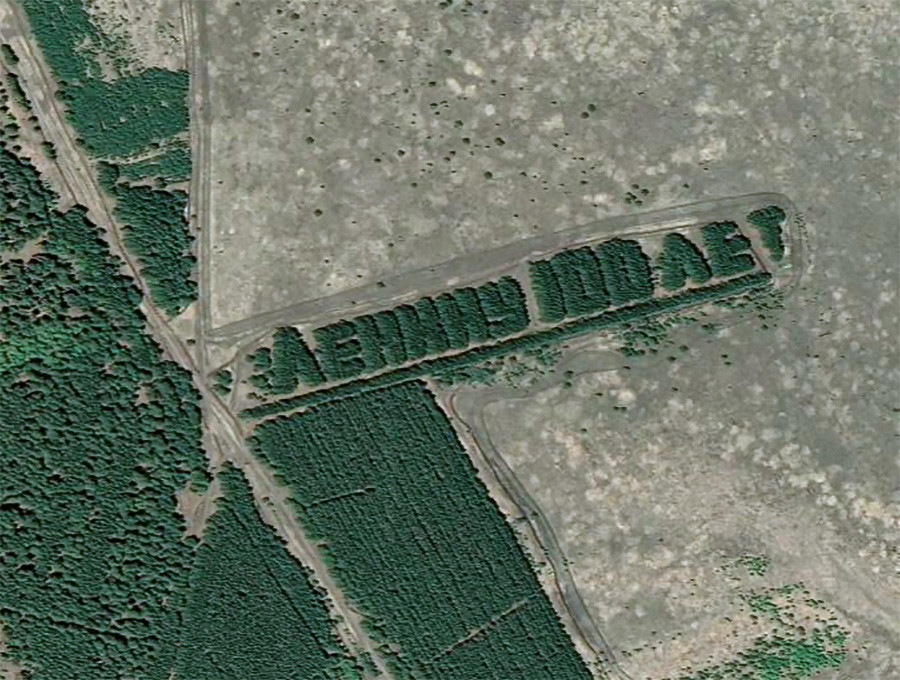 In Bashkortostan, even two “Lenin is 100” inscriptions were found. One, near the village of Arkhangelskoye, is 260 meters long and the one outside the city of Blagoveshchensk extends for 550 meters. In the first case, the trees were planted on a bare hill, giving it better visibility from above. As for the second geoglyph, it is already partially overgrown. 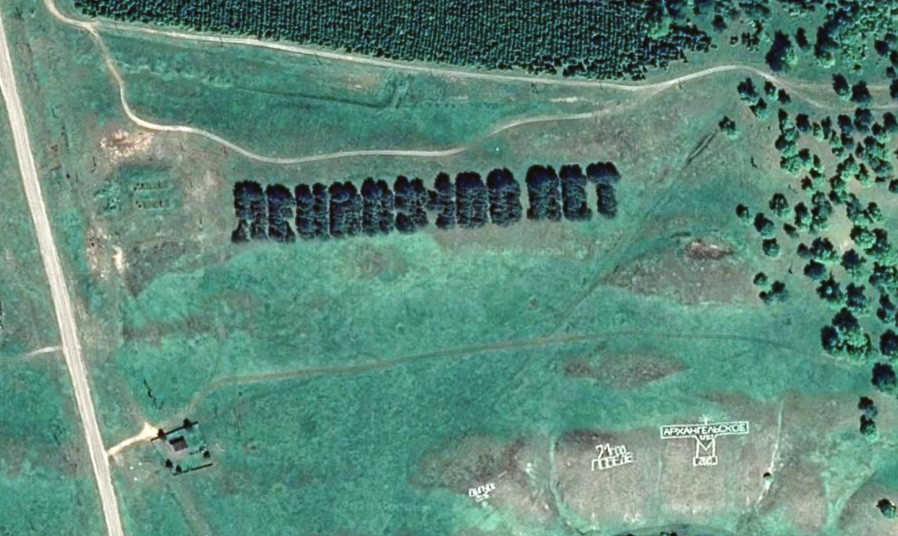 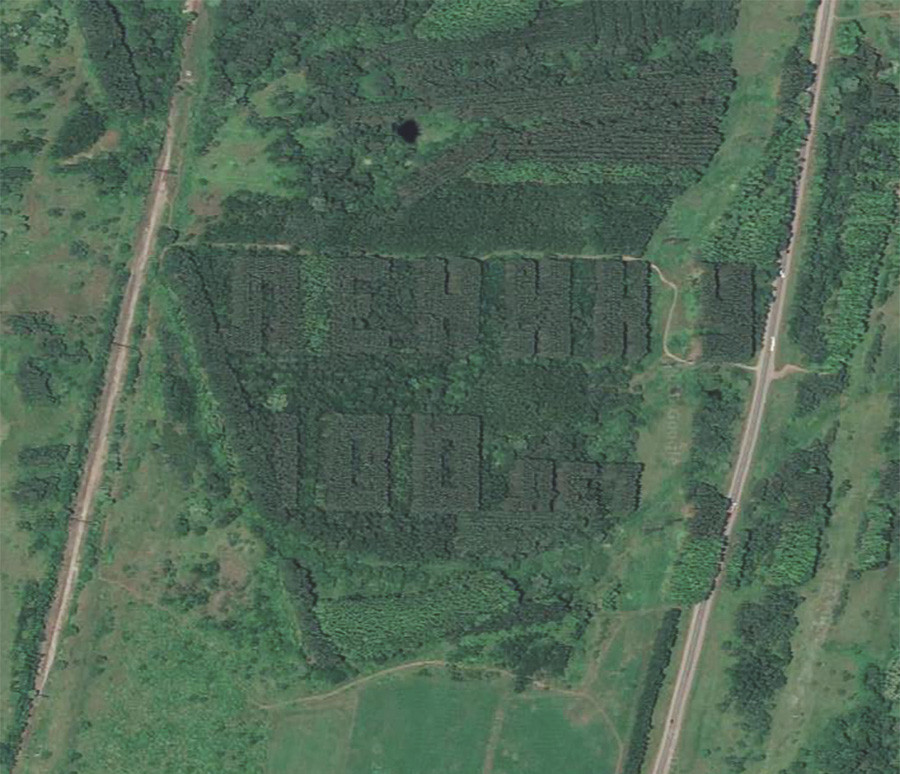 Other geoglyphs formed by trees were dedicated to various anniversaries - such as the formation of the Soviet Union, the 1917 October Revolution, Victory Day in the Great Fatherland War and even congresses of the CPSU [Communist Party of the Soviet Union]. 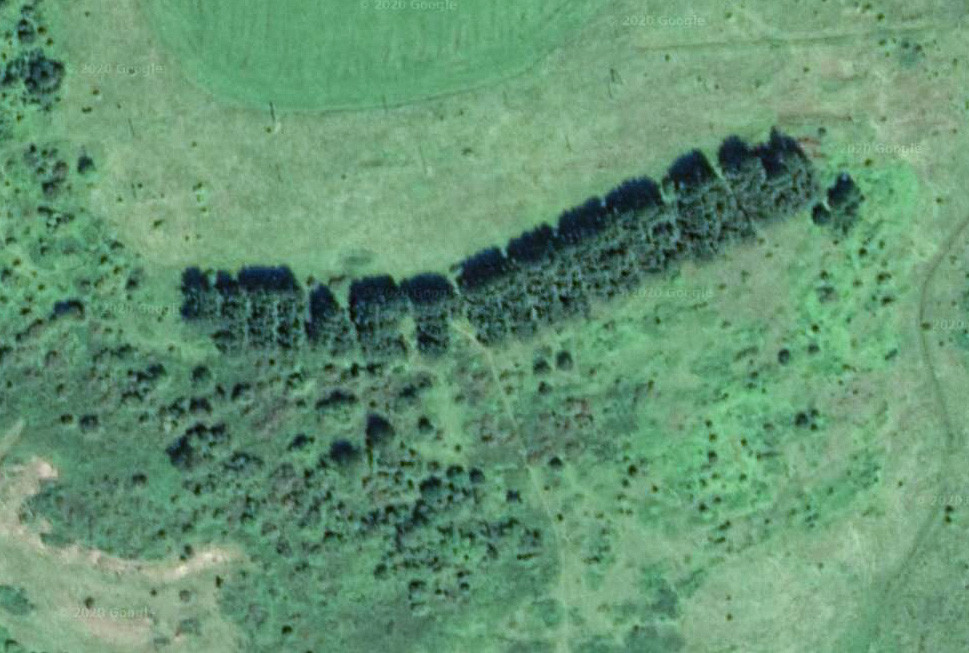 The oldest known geoglyph, dedicated to the 30th anniversary of Victory Day, was also found near Blagoveshchensk in Bashkortostan, but it is no longer clearly discernible. However, another inscription nearby - “Victory - 60 Years”, created in 2005, is clearly visible still.

There are several geoglyphs dedicated to the 50th and 60th anniversaries of the October Revolution. But only one of them is still visible in Russia, located in the Altai Territory, while others can still be found in Ukraine and Moldova. 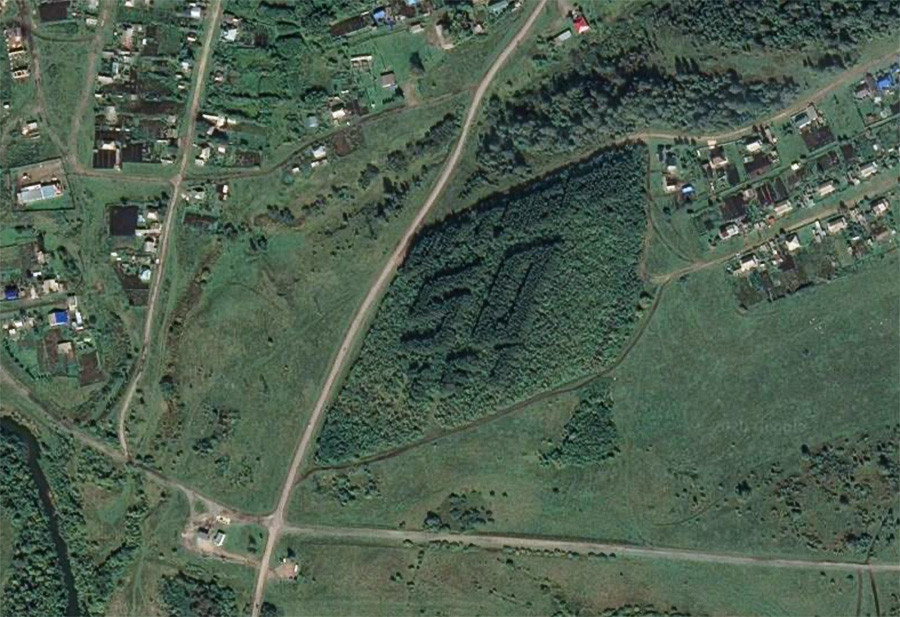 "50th anniversary of the October Revolution"

In addition to inscriptions, the Soviet people also planted trees in the form of symbols. And, of course, the main one was the five-pointed star in different variations. For example, in the Tambov Region, the ‘star’ made up an entire forest! 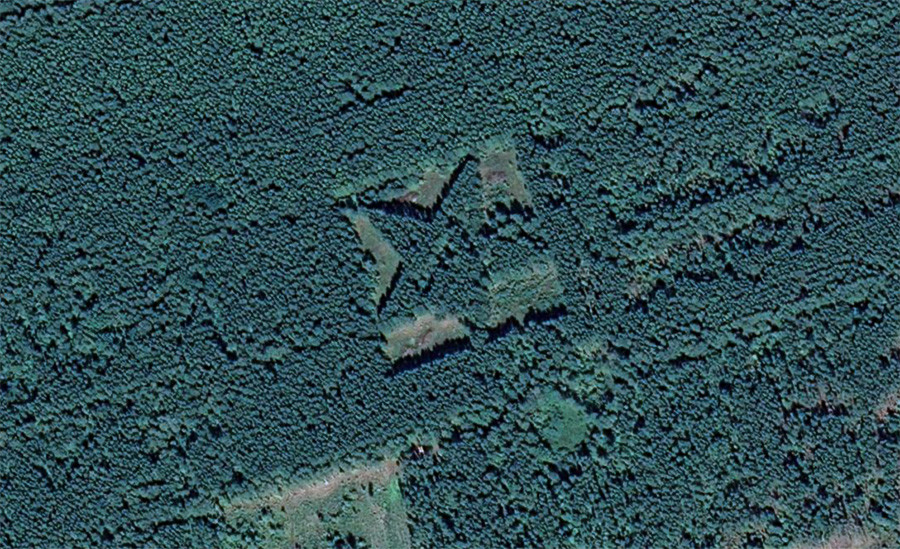 And in Kostroma and Lipetsk the stars also had a circle “cut out” inside them.