Who does conspiracy theories best: Russia or the U.S.? 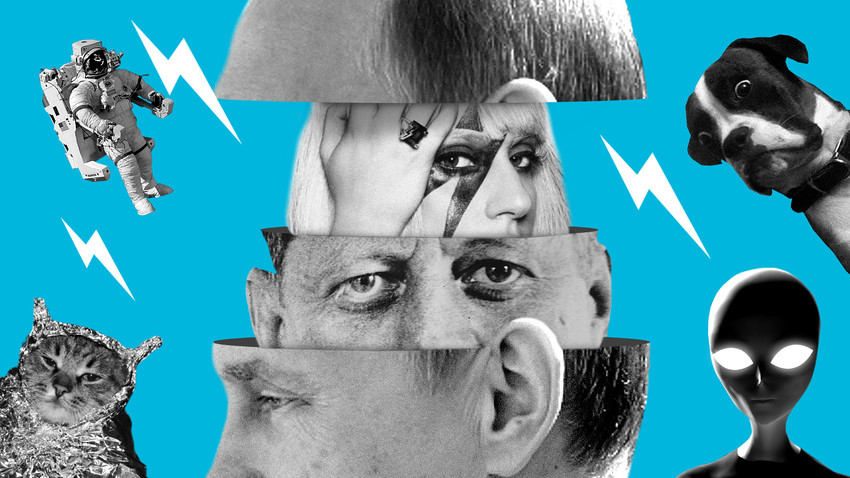 Irina Baranova
Both Russians and Americans are obsessed with conspiracy theories. Some of them we share, but others are unique to each nation. Below is some ‘hard analysis’ of a few of them.

Conspiracy theories used to mean something. They used to be fascinating rabbit holes to fall into with a dark-web community of friendless middle-aged men in basements across the world. These days, conspiracy theories are peddled like hotcakes by the media, social networks and world leaders to ignore facts, convolute narratives and push propaganda. I miss the good old days with JFK, Area 51 and the staged moon landing. These classic American conspiracy theories have fascinated generations of Americans before the days of deep states and faked birth certificates ruined everyone’s fun. Reflecting on this, I started to wonder what the big conspiracy theories were in Russia and how they held up to the American classics. 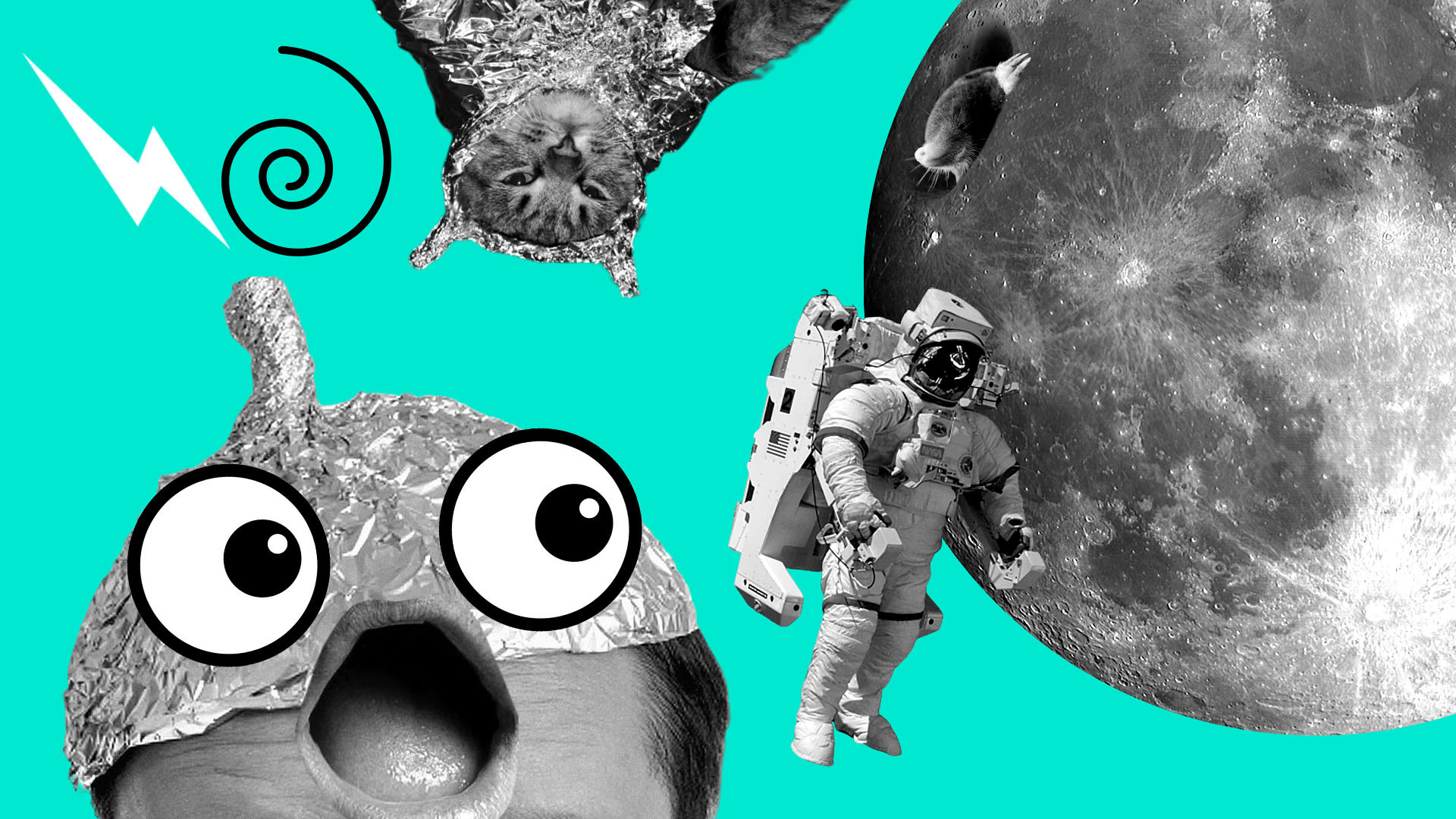 Russians have, with the exception of 5G controlling your brain, sidestepped the modern-American deluge of bite-sized conspiracy theories mostly, I’d imagine, because if you were to tell a Russian, “Hey, people in power lie,” they’re far more likely to say: “Well, duh.” This isn’t to say that they are non-existent in Russia, I just never saw Putin tweeting them out six times a day like some presidents.

It is important to distinguish between a healthy suspicion of government-run media and a conspiracy theory. In an article in The Atlantic, they mistakenly say that “in Russia, conspiracy theories are an essential part of daily life”. This is, in my opinion, misguided — suspicion of the actions of powerful people and governments is pervasive in Russia, but more in the way you are suspicious when your pathologically lying uncle tells you he used to be a ninja. Sure, you don’t believe him, but is it a theory? Not really. So, let’s focus on the big ones I was able to glean from talking the topic over with some Russians. 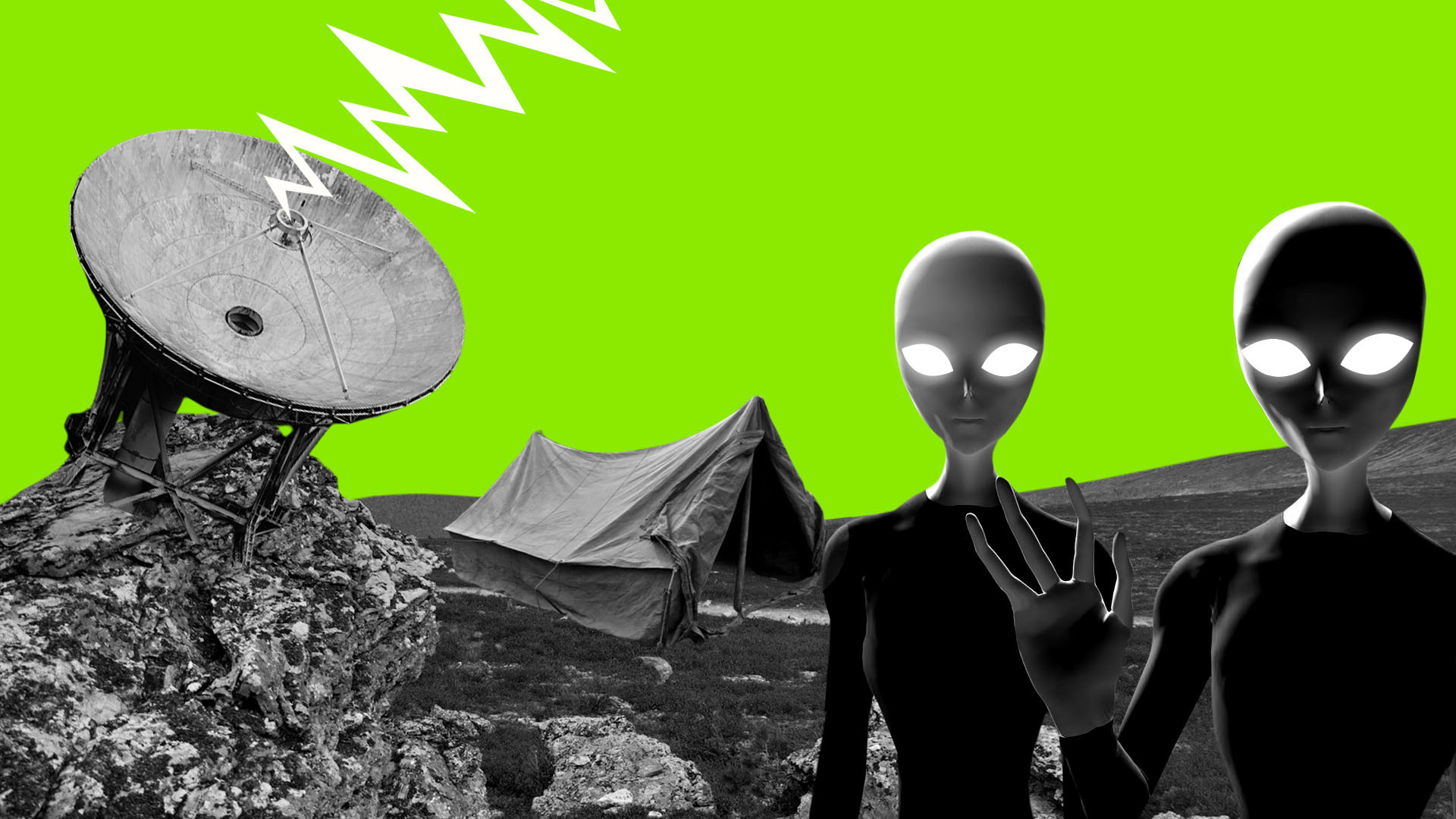 This is a wild one, brought to my attention by Alexander in Saint Petersburg: “A mystery story actually happened in the Urals in the 1950s. I am not really into the details, but that’s a big thing that has been talked about a lot recently. I guess it was kept in secret in the USSR, and yeah — in brief — 9 people gone almost without a trace, apart from some weird stuff.”

Unlike most mysteries where there is one prevailing theory, what makes Dyatlov Pass so interesting is that people have thrown every conspiracy theory in the book at it: Government cover-up, aliens, monsters, nuclear tests gone wrong, spies, cannibals — the whole nine yards.

I decided to look up exactly what weird stuff he was talking about, and it turns out, there is quite a lot. Basically, nine Russian hikers went into the Ural Mountains back in 1959, ten years before the “moon landing” (coincidence!?). Six died from hypothermia and three from severe injuries after tearing their way out of their tents for no apparent reason. One group member was missing both their eyes, and another was missing their tongue.

This mysterious incident spawned so many conspiracy theories, since the details of the official investigation were scarce. Yet, even since people have been able to examine it openly, few solid theories have been put forward that explain why, for no reason, nine hikers would tear out of their tents in the middle of the night, misplace some eyes and tongues and be found scattered around the mountain, dead.

Do any of these theories hold up against the CIA killing JFK, or aliens involved in the Roswell incident? Well, with the Dyatlov Pass, unlike America’s “greatest hits”, it is more of a conspiracy theory cluster. So, depending on which rabbit hole you decide to go down, each holds up pretty well.

Where American conspiracy theories mostly revolve around who-really-shot-who and hey-what-was-that-alien-business-over-there, Russia is a treasure trove of different conspiracies, big and small.

And Russia Beyond has actually covered a number of them already.

Speaking of treasure, where is that $10 Billion dollars’ worth of missing communist money? After the fall of the USSR, the money from the Party’s treasury went missing in 1991 and was followed by mysterious deaths on all sides.

And there is no end to the conspiracy theories found throughout Russian history, including the alleged lost library of Ivan the Terrible or suspicions about Peter the Great’s real identity.

But how do these stack up against the maybe neo-Nazi, possibly illuminati, probably Lizard people, definitely Satan worshippers that lurk beneath the Denver Airport in the U.S.?

That is a tough call. Though, Russia still has one of my favorites: 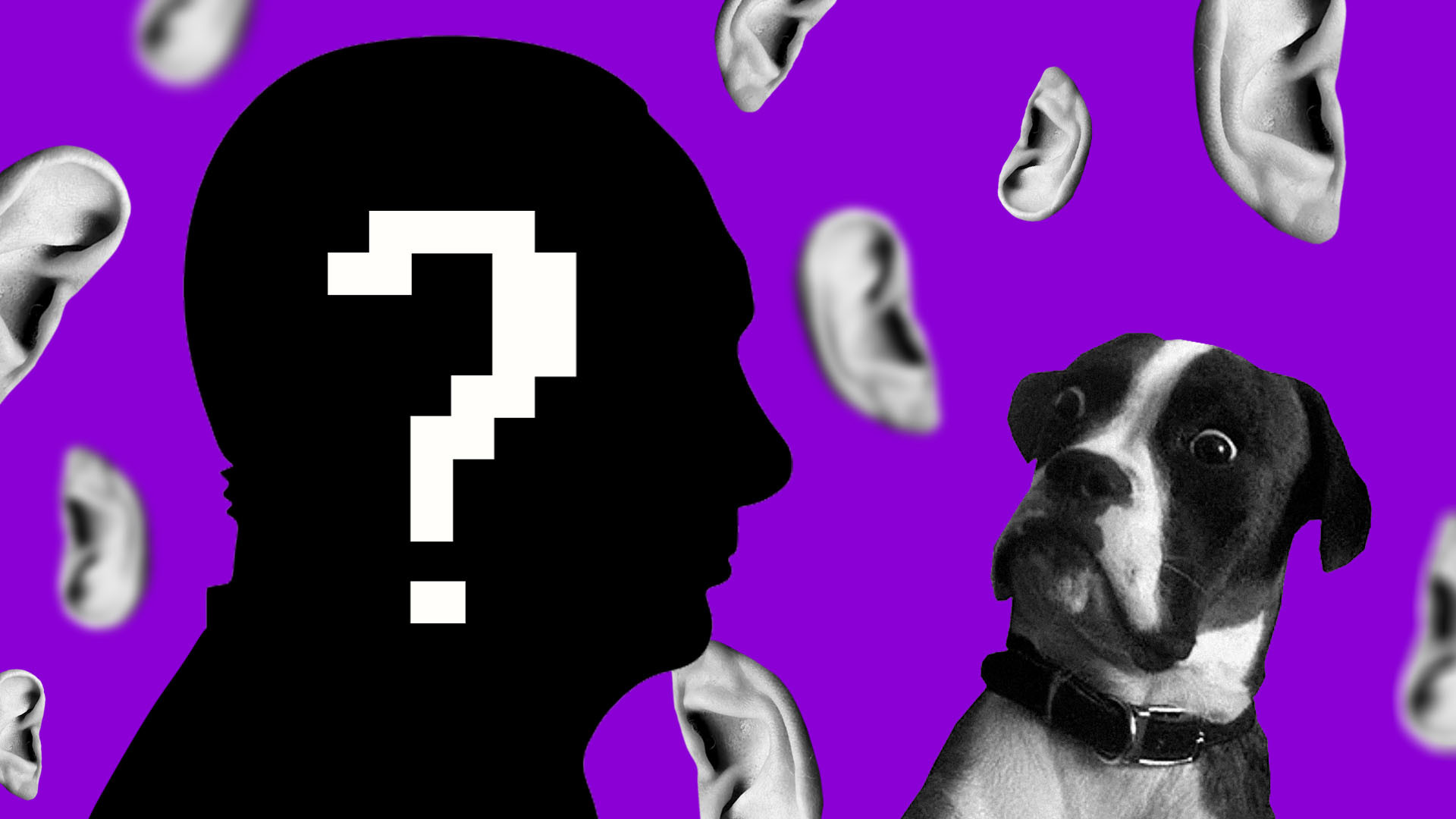 This is a conspiracy theory I have heard in passing from several Russians throughout my time in Russia. The theory goes like this: The Putin we see is a doppelganger! Why? Because: dogs. And some other stuff. This isn’t to say we don’t have similar theories in America where some have claimed that Lady Gaga is secretly a man, and that the Senate has been infiltrated by lizard people, but a doppelganger? That’s on the line of “just crazy enough to be true”.

Where is the evidence?

I asked my friend Nikita in Saint Petersburg, and he said: “People were pointing out that he used to speak perfect German and now needs a translator.” And that his dog barked at him as if he was a stranger and something about ears.

But there is more. The man is 67 but currently looks in his late 40s. That could be attributed to Botox or a healthy injection of vegetables, but some site photographs of him from the late 1990s and early 2000s depict him as gaunt, or rosy-cheeked, but now he presents himself as a tanned, young hunk.

Could this be true? Probably not. His dog could have barked at a change of cologne, and Putin tends to downplay his intellect as an intimidation technique. Still, you never know.

Still, the greatest conspiracy theory is shared by both the U.S. and Russia:

Namely, the CIA is responsible for everything bad that has ever happened to anyone ever.

Just kidding. No, the real conspiracy theory we share is the most absurd of them all: 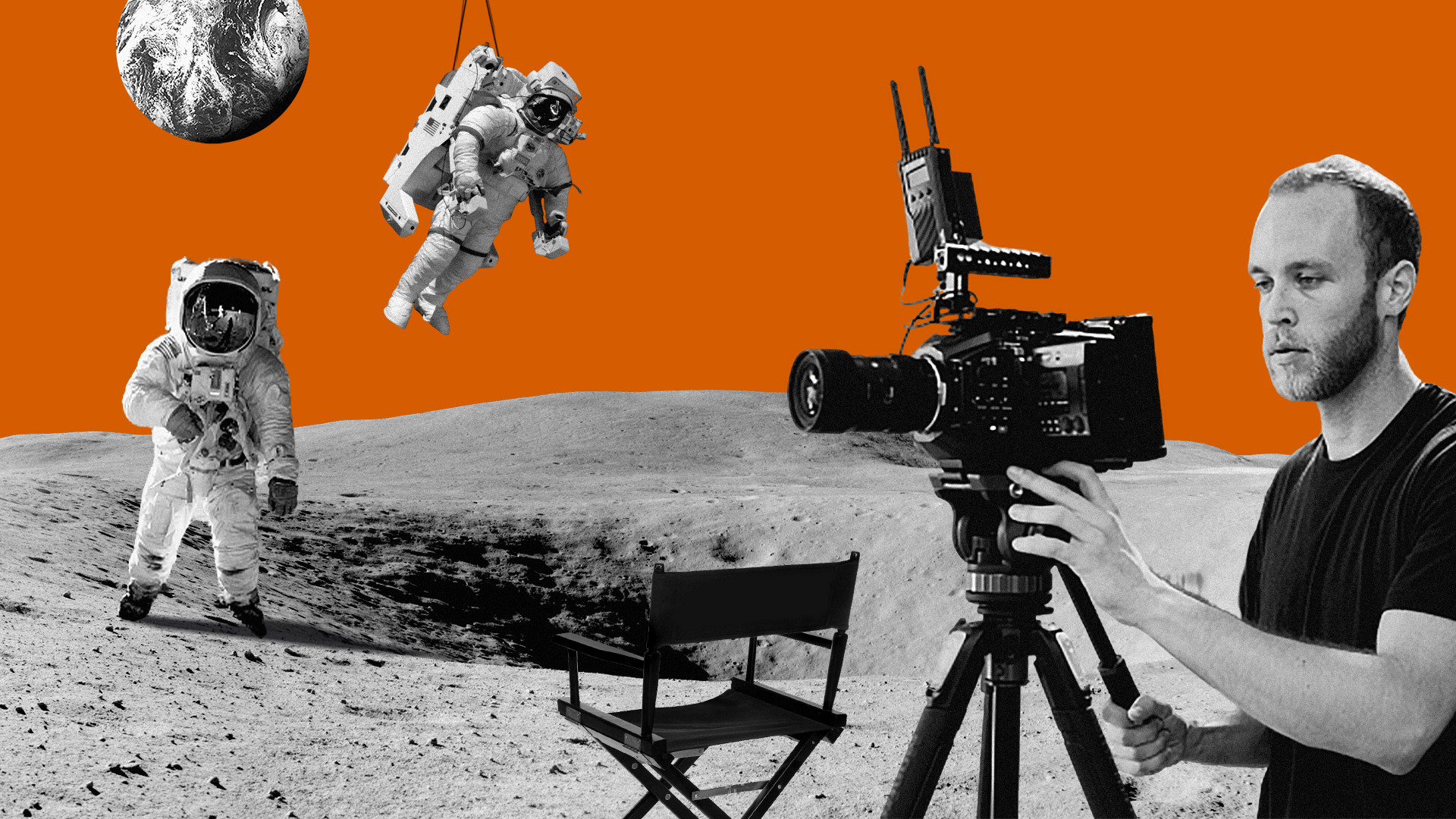 For this one, it makes sense that Russians would want to believe this theory, but why Americans hopped on this bandwagon, I’ll never understand. To believe that the moon landing was faked is a giant leap for mankind in the opposite direction.

There are dozens of debunked theories, such as the flag was blowing in the wind! (Aside from the inescapable joke of: “Neil Armstrong farted”, it was also a special flag with an extra rod in it) and “You can’t see the stars” (the camera’s exposure couldn’t capture them with, y’ know, the sun). But the main reason it is clear the moon landing wasn’t faked is that hundreds of thousands of people would have had to have been involved and you know the saying, “A hundred thousand people may keep a secret if they’re cool”.

Conspiracy theories are something Russians and Americans have in common, because we have another key thing in common: a mistrust of authority (coincidence!?). It is true that maybe the USSR covered up an alien attack on some hikers, and maybe the CIA shot JFK, but what is behind these theories is what is important. Maybe it isn’t about who has the best conspiracy theories, but that both nations believe their governments are capable of the acts behind them. Conspiracy theories can be fun, but they can also be propaganda. Don’t believe me? Just ask that beefy, sex god they’ve got walking around pretending to be Putin.