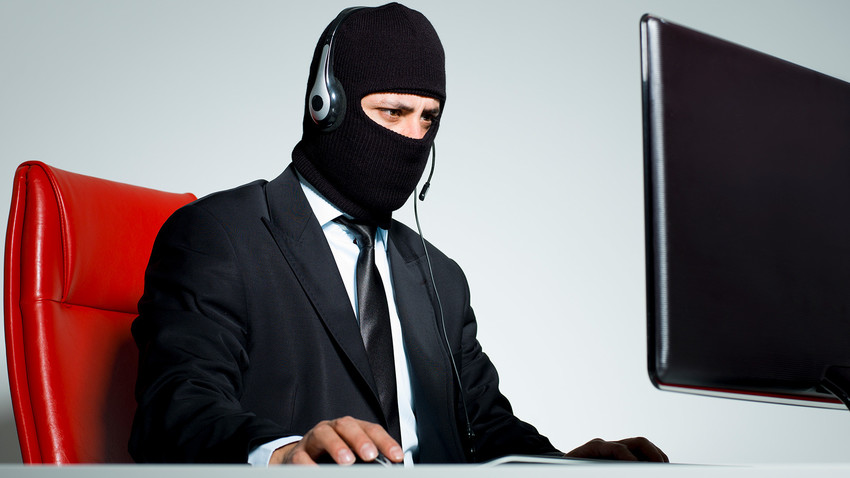 Getty Images
There are many ways to steal your money remotely, and these types of scams have been blossoming in Russia recently.

The calls usually happen in the early morning, when you’re still half asleep. An imposing male voice, or a concerned female voice says that they are a representative of your bank and immediately showers you with questions: “Did you just send money from your bank account to a person located in [insert remote Russian city here]?” Obviously, you didn’t. So the interlocutor asks you to provide your credit card information in order to block the transaction immediately, because you might be a victim of a fraud.

Ironically, you are a victim of a fraud – this is not your bank calling. Because, in order to steal your money these days, the criminals don’t need to stick you up on the street with a gun to your abdomen, nor to pick the secret code to your safe. The only code they need is the one you get in a short message from your real bank. And a cell phone is enough to do this – provided the caller is convincing, and you’re either distracted or in a hurry – or gullible. 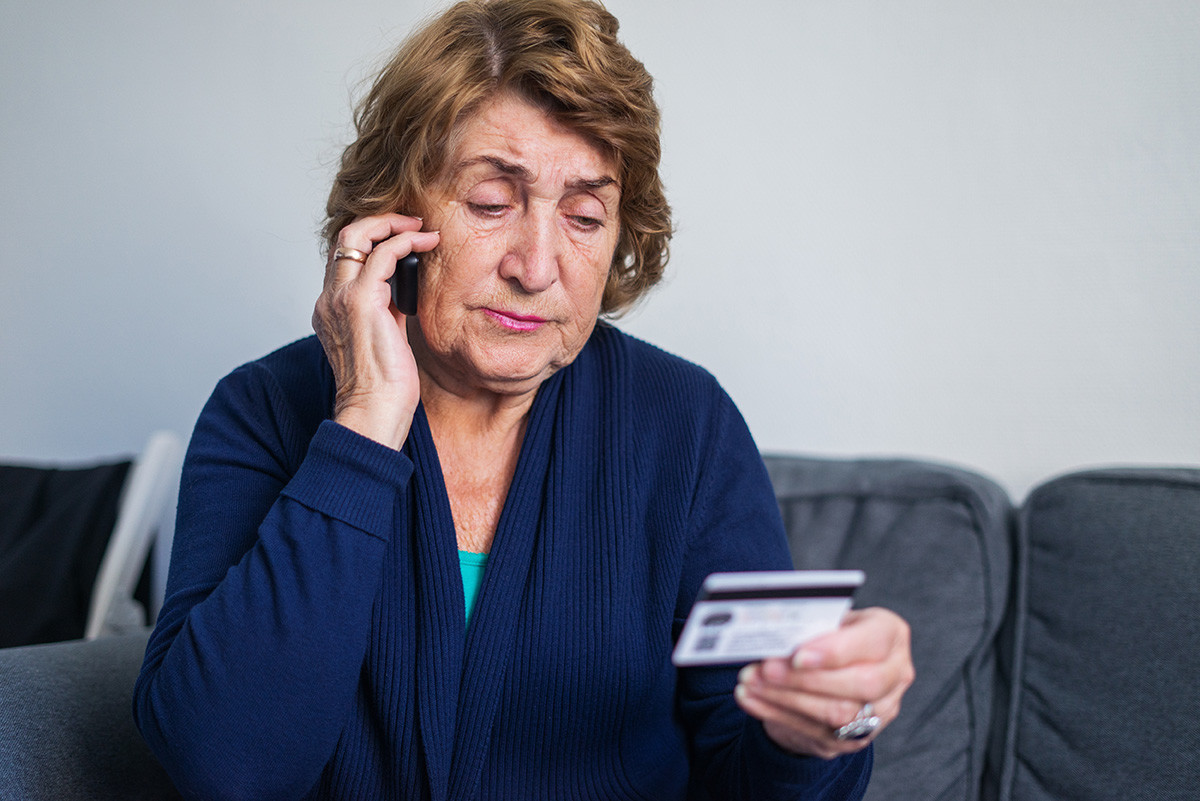 The mechanism is quite simple: the fraudsters are usually professional “convincers” who know how to pose off as “bank security”. Their main skill is to catch you at an unusual or inconvenient moment, take you by surprise and make you dictate the confirmation code for two-factor authentication. The rest is pure mechanics – the criminals use the code to get into your internet bank account and immediately transfer the money. This way of stealing is also called ‘phishing’ – because they, in effect, “fish” for your security data (Hackers commonly replace the letter ‘f’ with ‘ph’, a nod to the original form of hacking known as ‘phone phreaking’).

How to avoid: Bank security actually rarely calls you by phone, and if they do, they never ask for your security codes. So you might as well just drop the call altogether as soon as they start asking. And more importantly, bank security is never in a hurry, while the criminals just bombard you with nervous questions and demand to do everything fast – so you wouldn’t have time to stop and think about what’s going on. 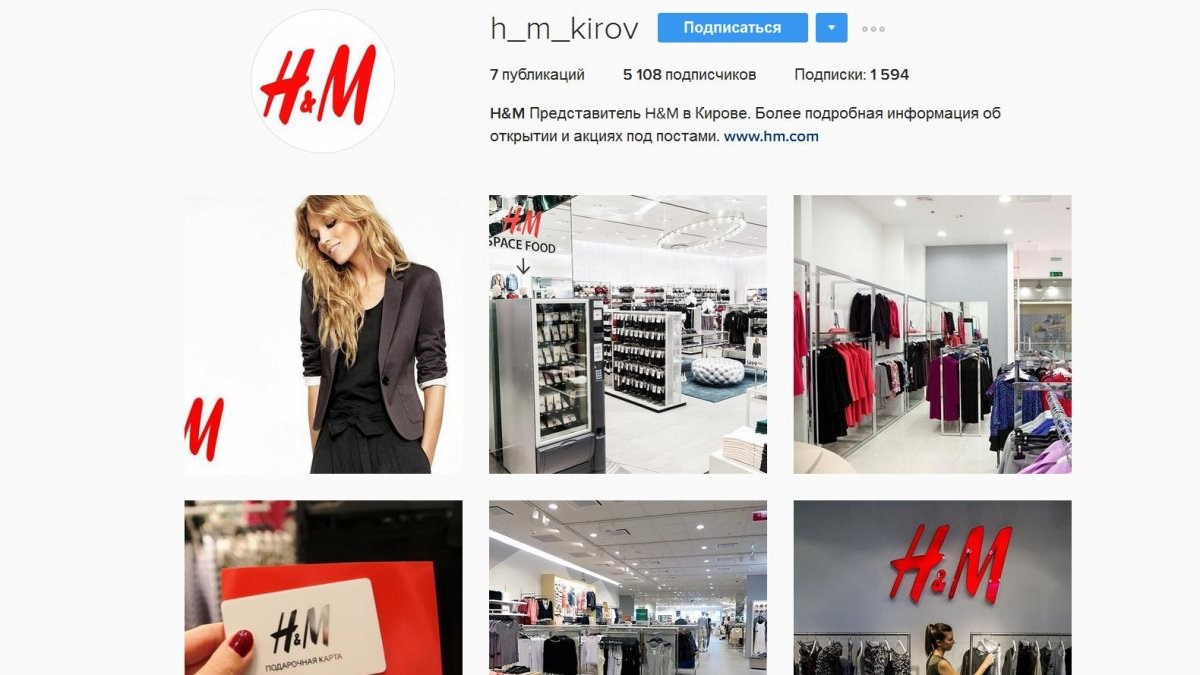 This way of scamming is very popular in Russia, because the majority of Russians don’t possess an immediate knowledge of English and don’t immediately recognize tiny mistakes in website addresses written in Latin script. For most Russians, “addrress” and “adrreess” can easily look the same as “address”.

The fraudsters create hundreds of fake websites and Instagram accounts posing as the accounts of real enterprises. They use thousands of users (including fake users/bots) to imitate activity in the comments and push up the numbers of subscribers of their fake social media pages. They offer the same commodities and services, except they are void and non-existent. To appear more lucrative, they also normally offer huge discounts or a raffle with a small participation fee. As soon as you send your money, they vanish. 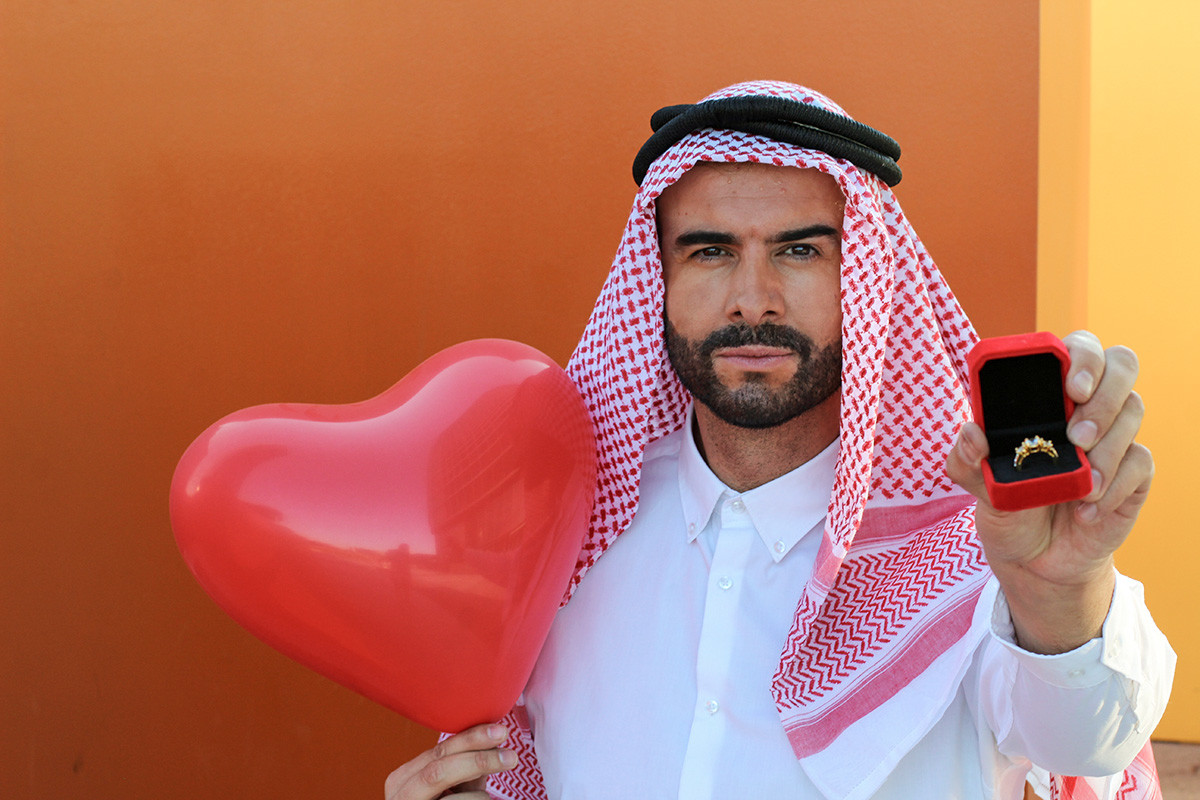 The dating site scams are usually carried out by experienced psychological manipulators, just like phishing scams, except in these cases, the process of luring people into the scam is much longer and takes up days, if not months.

The con-men create dating profiles of seemingly “high-flying” people – full of great-looking pics with luxury cars, holiday pics from the best resorts, etc. After a short exchange of messages, the ‘date’ tells the victim that he/she fell in love, showers her/him with compliments and flattery, and soon, invites to spend time together at some fascinating faraway place. The victim, enchanted with the idea of dreams coming true, agrees. But suddenly, the ‘date’ writes that a minor inconvenience has happened – either their credit card is blocked, or the transaction isn’t going through… Eventually, the victim is asked to send money to the scammer’s account – the scammer promises to pay it off as soon as possible. Obviously, as soon as the money’s transferred, the “date” disappears, simply deleting the profile.

The scheme varies, depending on the victim’s gender, financial status, etc. Scammers can pose as women with kids who need support, they can ask the victim to pay just a small sum of money for a delivery of some surprise present, and even send photos of tickets they “just bought”, and ask to repay his/her “share” of it, because the hotel is “already paid for”, but the main catch always stays the same – the victim is lured into sending money to an unknown person at his/her own will.

How to avoid: ask the ‘date’ to show his/her social media accounts and check out if it’s a real person. Also, one must take heed if the ‘date’ starts showering you with compliments and confessions of love in a matter of minutes after the start of the conversation. It’s also useful to ask the date for a video chat. Fraudsters usually disappear immediately after they’ve understood the victim is starting to suspect something. 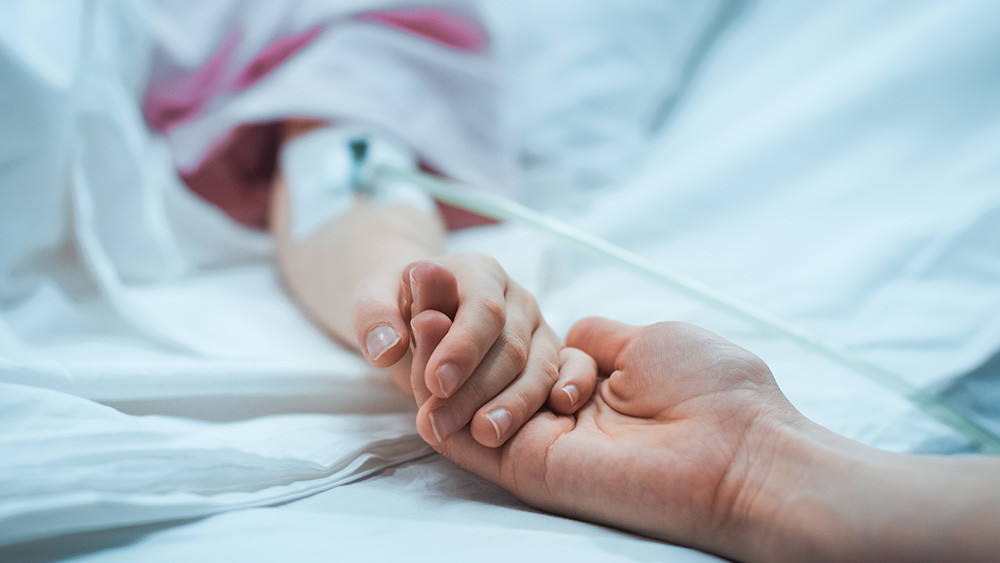 Another variety of scam based on people’s sincere feelings are fake charities. On the internet, you often see people asking to finance treatment or medication for children who suffer from difficult diseases (genetic diseases, cancer, etc.) These posts always come with tear-jerking photos of these children and long, emotional texts urging to help save their lives. The more tear-jerking the post seems to be, the more likely it’s a scam – you’ll just end up sending your “charity money” to some shady guys.

How to avoid: Carefully inspect the fund’s registration data, account and invoice numbers, etc. And search for the images of these children on the internet – you may be “helping” a child who has long been healed, or even worse, a stock photograph. Some of these photos circulate the web for years and years. 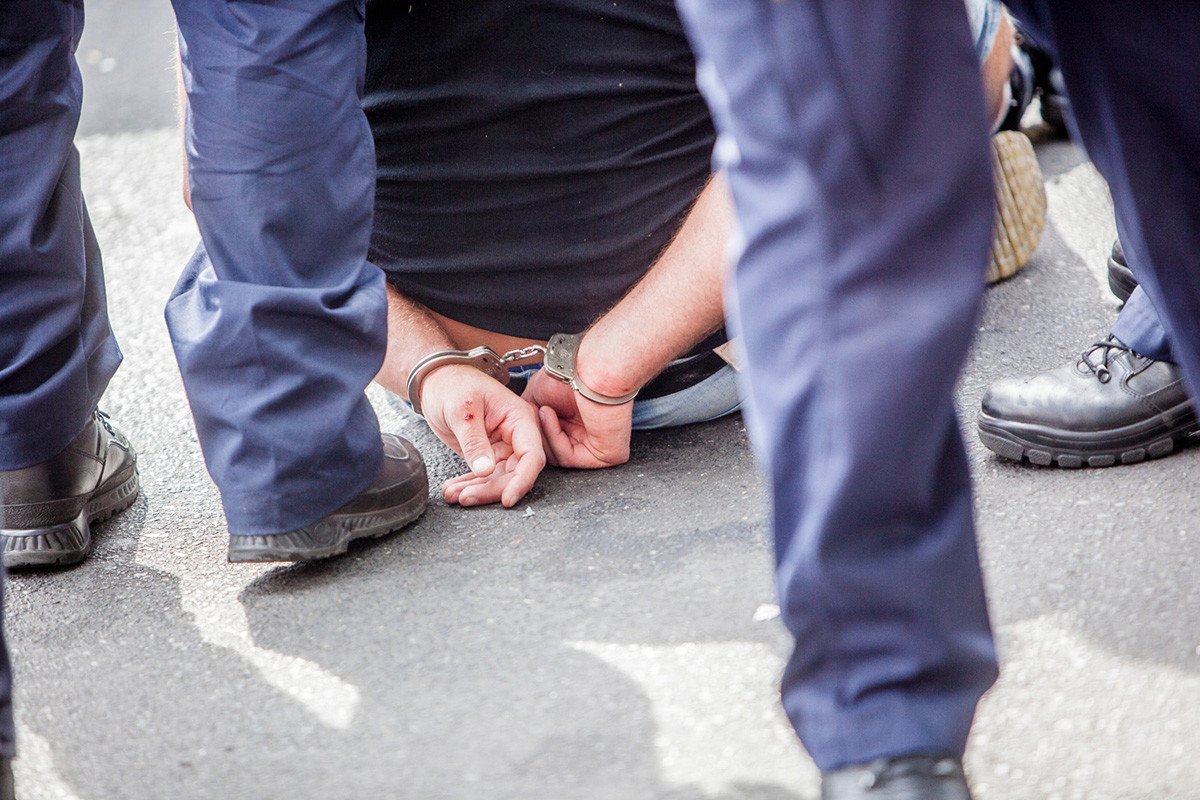 This popular fraud doesn’t even need an internet connection. Usually, the scammers use bases of cell phone numbers (sold on the web illegally) to search for women who have adolescent children. The fraudsters send them short messages on their cell phones with texts like, “Mom, it’s me writing from another person’s cell phone. I got in big trouble with the law, I can’t explain it right now, but please, send <a sum of money> to this cell phone, as soon as you can!”

This is meant to look like the woman’s son or daughter is trying to bribe the police, or buy himself/herself out from some criminals. Such messages are usually also sent at night or in the early morning to catch the victim by surprise, and, just like in scam #1, here the sender asks to do everything very fast. Some worried and neurotic mothers can really send their money at such a request; while their children are actually alive and well.

How to avoid: Just call your children on their real number and ask if all is well; or reply to such a message asking the sender a simple question about your family!