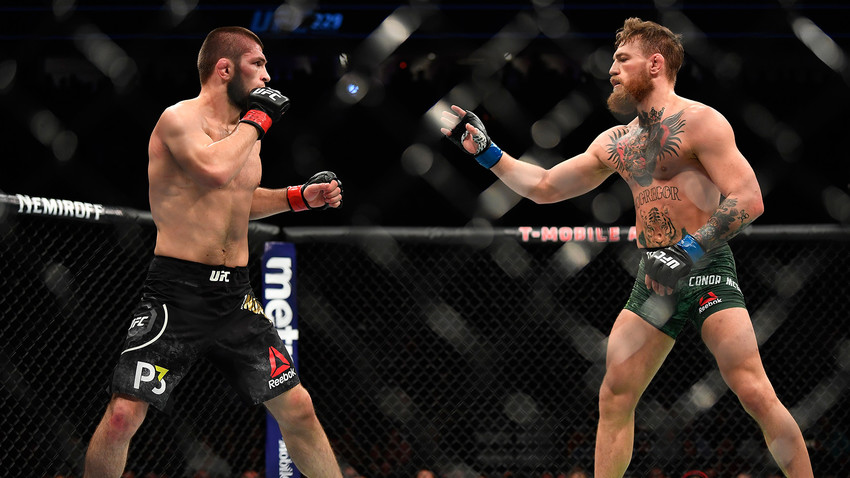 Getty Images
In his first public appearance since his father’s death, Khabib shared his thoughts on Justin Gaethje, GSP and his readiness to face Conor McGregor in the Octagon again. He also stated his conditions for a possible future fight with boxing champion Floyd Mayweather.

Russian lightweight MMA champion Khabib Nurmagomedov spoke with journalists on August 14 in Moscow, no doubt shocking people by announcing that he’s ready for a rematch against Conor McGregor - but only on one condition: that the Irishman beats Dustin Poirier in the fall.

“After Gaethje, I would be ready to face any opponent who gets a win over Poirier. Tony [Ferguson] or McGregor, it makes no difference,” he said. Khabib’s upcoming fight with American Justin Gaethje is scheduled to take place on October 24, 2020 on ‘Fight Island’, in the UAE.

The Russian from Dagestan emphasized, however, that it was a backup plan, in case of failure to negotiate a contract for the George St. Pierre bout in April 2021 - a potential fight that has fans going crazy.

McGregor, whom Khabib forced to tap with a neck crank in 2018, was the first international fighter to offer condolences after the passing of his father and coach, Abdulmanap Nurmagomedov. He died on July 3, after suffering from complications due to COVID-19.

“Aside from sports, there are also human relations. I’m OK with [Conor]. It’s behind us. To live in the past and hold grudges - it’s not me. Father wasn’t like that, and I don’t think I’ve strayed too far from him. I don’t condone personal attacks. But who wouldn’t like it if somebody wished their father well,” Khabib added.

The lightweight champion did not hide the fact that he took his father’s passing especially hard.

“Ours was different to an ordinary father-son relationship. From an early age, he was my coach, teacher and friend. We could talk about anything with him, and it would be stupid to deny that his passing did not leave a scar,” Khabib said.

Despite the loss, Khabib projected an air of strength at the press conference: his gaze steady and his voice confident - not something one might expect to see from someone in a stressful situation. Habib’s dress sense was, as always, quite modest and nothing fancy - a simple green jumper over a white t-shirt.

The upcoming fight with Gaethje 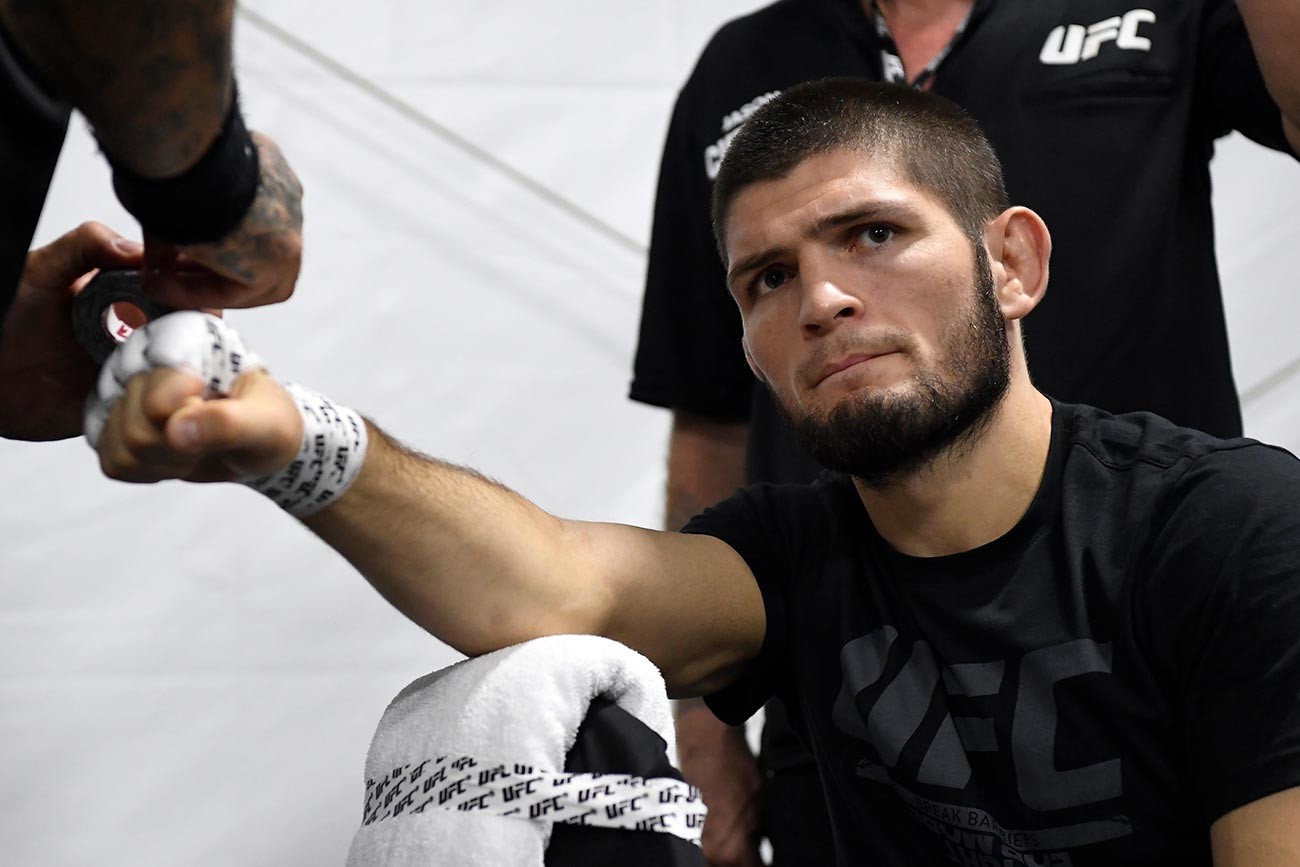 Khabib spoke with respect about his upcoming opponent, Justin Gaethje, revealing how the American actually helped him train for one of his bouts in 2016.

“There’s no ill will or disrespect here at all. Gaethje really grew up over the past few years, and has become a calculated fighter. His boxing isn’t offensive, he often works in the back seat. He has matured as a fighter and knocked out some very powerful opponents!” Khabib admitted.

That said, he doesn’t consider Justin to be some sort of a “special rival”, despite all the praise heaped on him by the likes of Joe Rogan.

“That’s what they say about all my opponents. They said it about Barbosa, Conor, Johnson… Iaquinta was the only exception, as he was given to me a day before the fight. They didn’t have time,” he laughed.

According to Khabib, Justin’s potential as a fighter is at Conor’s, Poirier’s and Johnson’s level: “My fight IQ tells me that Justin’s striking is worse than Conor’s,” he confessed. 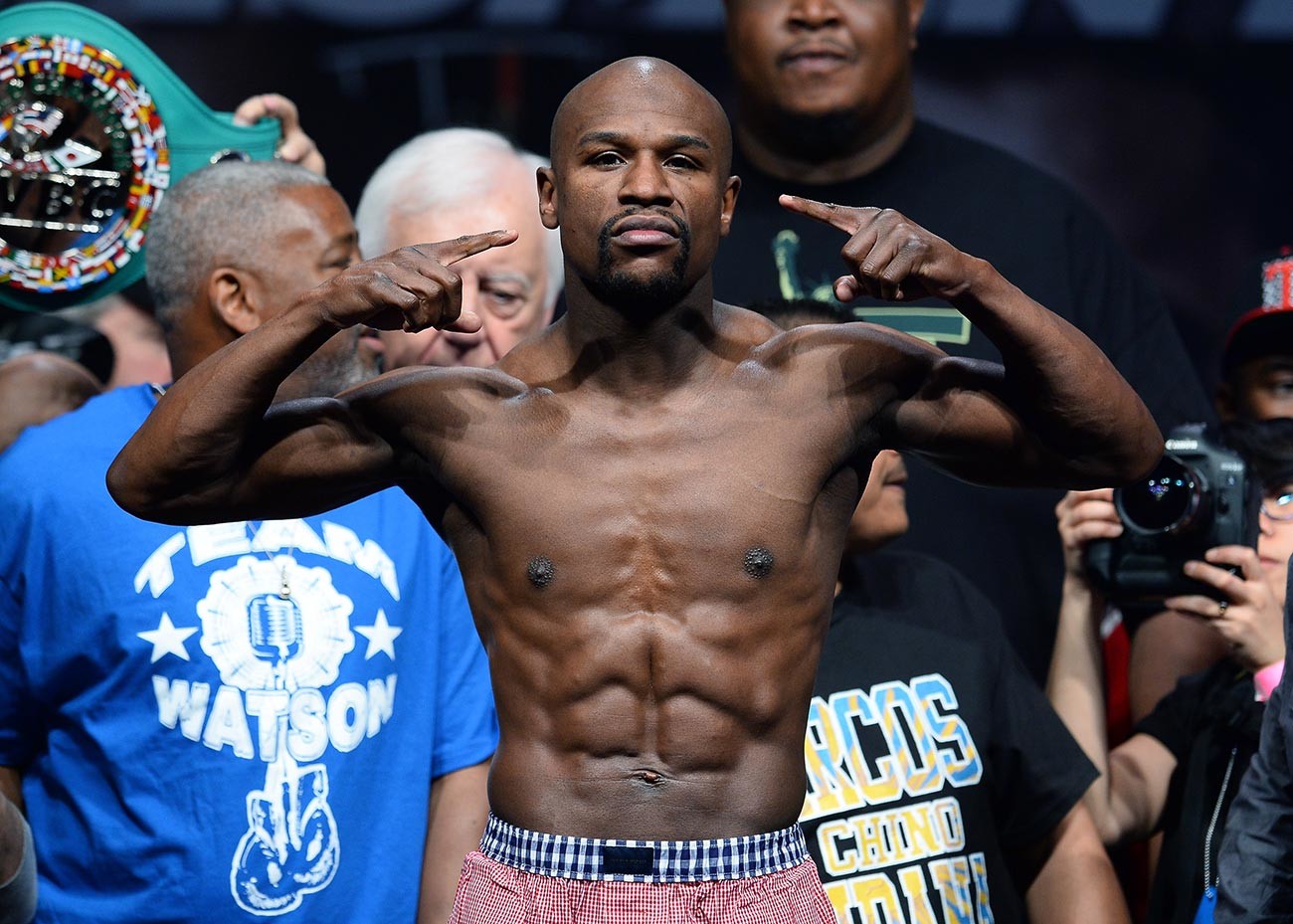 Khabib also spoke about some “people in the know”, who found loopholes in his UFC contract, allowing for a European bout with Floyd Mayweather in circumvention of his existing obligations.

“They told me: ‘Yes, you’ll be scolded, fined. But we’ll take care of all the fines.’ I told them that, for me, a contract is more important than money and we can’t have an agreement with UFC if we’re willing to break it. I’m not aware of the UFC’s own position on the Mayweather fight. For the time being, only the fight with Gaethje matters.”

A future in politics 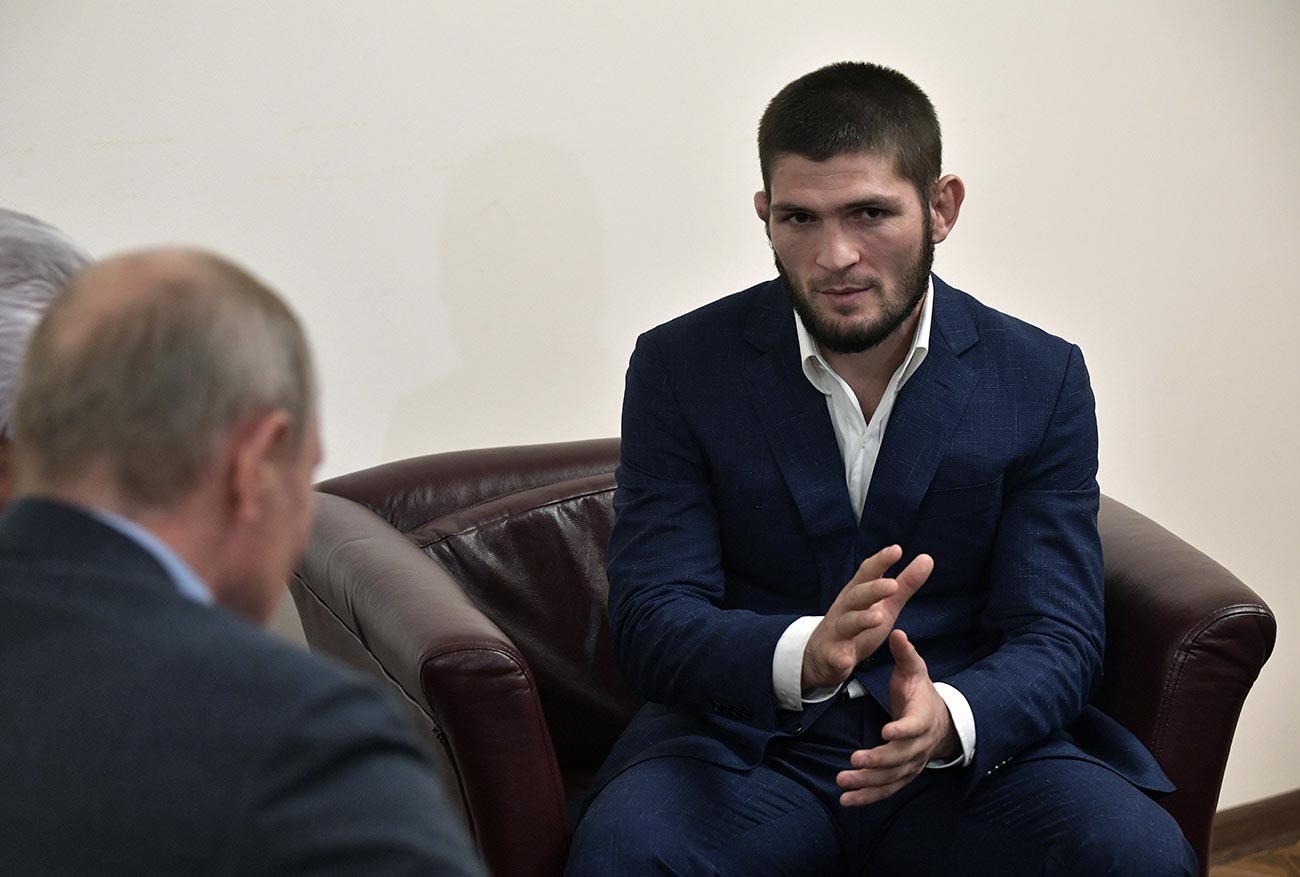 There has been talk in recent years of a possible future for Khabib in politics - as head of the Republic of Dagestan, no less. Some publications have gone as far as calling him an “ideal candidate for the job”.

In response to a question about his political ambitions, the champ simply said: “Everyone must do what they’re good at.”

“I’m not yet fully fleshed out as a fighter. I want to take my journey to its logical conclusion. All my power and energy are dedicated to the sport,” he said.

According to Khabib, he doesn’t need political office to be able to help people.

“Working for the good of the community is also a part of my life. I started doing that back when I was 23-24 years old. Trust me - if you have as little as 2 rubles, you can always help others by giving away one,” he added.

Khabib believes he doesn’t have the necessary political experience to become the head of a republic and that this post is more suited to someone with an education in the necessary field.

“If we’re talking about the main problem in my region, it’s unemployment. This problem would be my first order of business [were I to become the head of Dagestan],” he said.