Why Russian paratroopers are among the best in the world (PHOTOS) 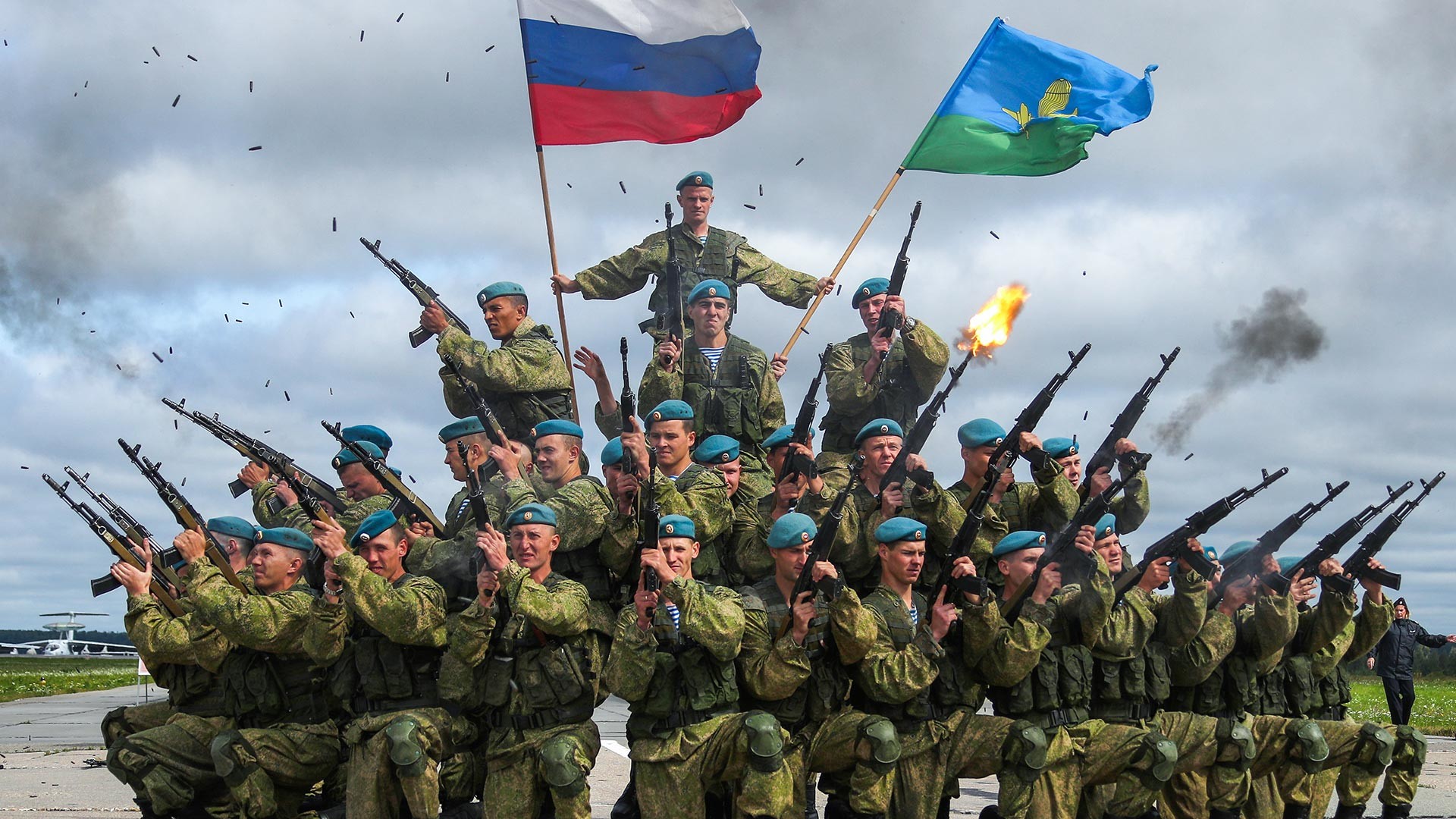 Vladimir Smirnov/TASS
Mistakes by their commanders often land these elite troops in the most desperate situations. Even then, they never lose their heads or sight of the objective, fighting to the end with selfless determination.

On August 2, 1930, during Soviet Air Force drills at Voronezh, 12 soldiers parachuted for the first time, giving rise (or rather descent) to the elite of the armed forces of the USSR and modern Russia: the Airborne Forces. 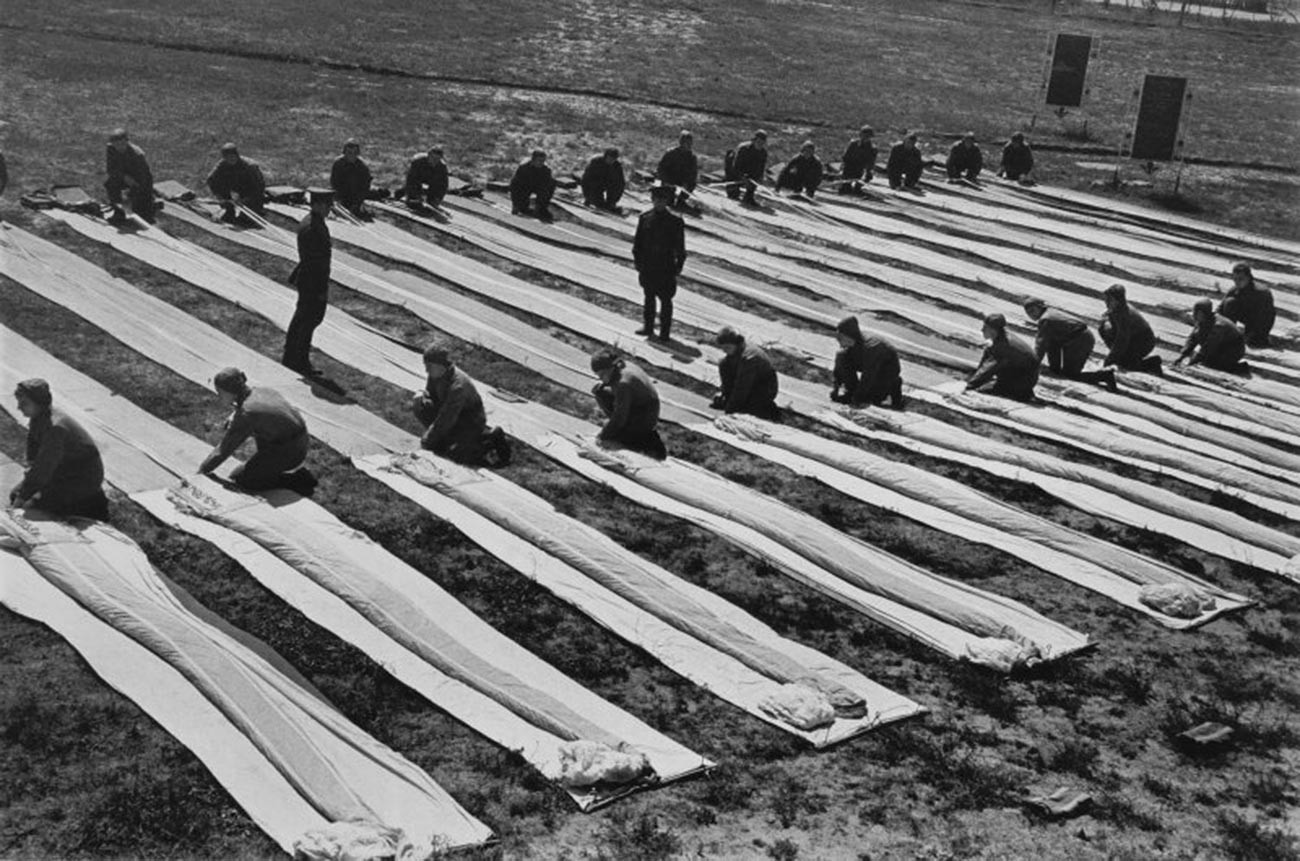 During the largest pre-war exercises in the Soviet Union — the Kiev maneuvers of 1935, 1,188 troops took part in the first mass landing exercise. The following year’s event in Belarus involved even more, around 3,000. 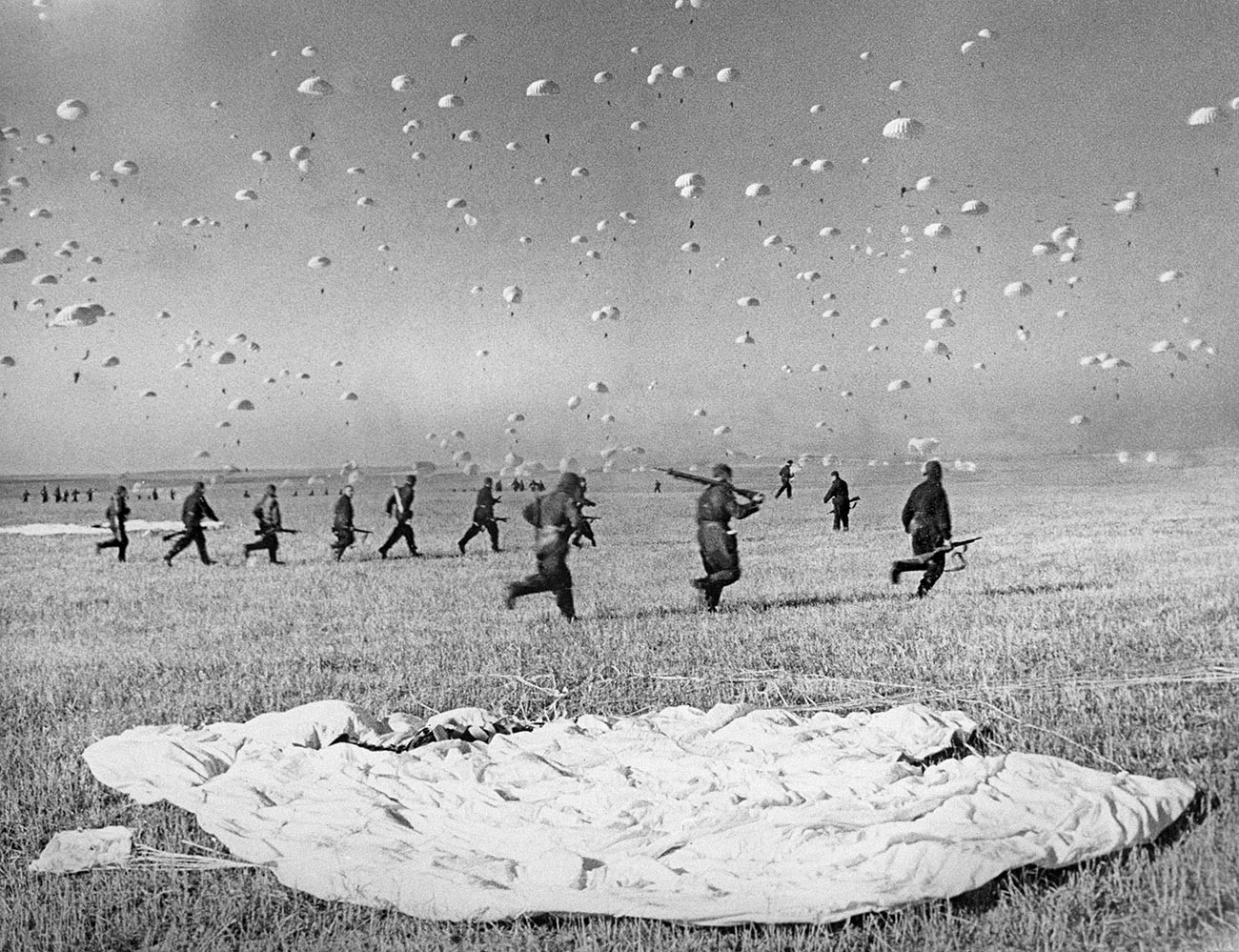 The Soviet Air Force conducted its first military operations against the Japanese army on the Khalkhin-Gol River and during the Winter War against Finland. Not only did the paratroopers parachute in behind enemy lines as per their brief, but also fought like ordinary rifle units. 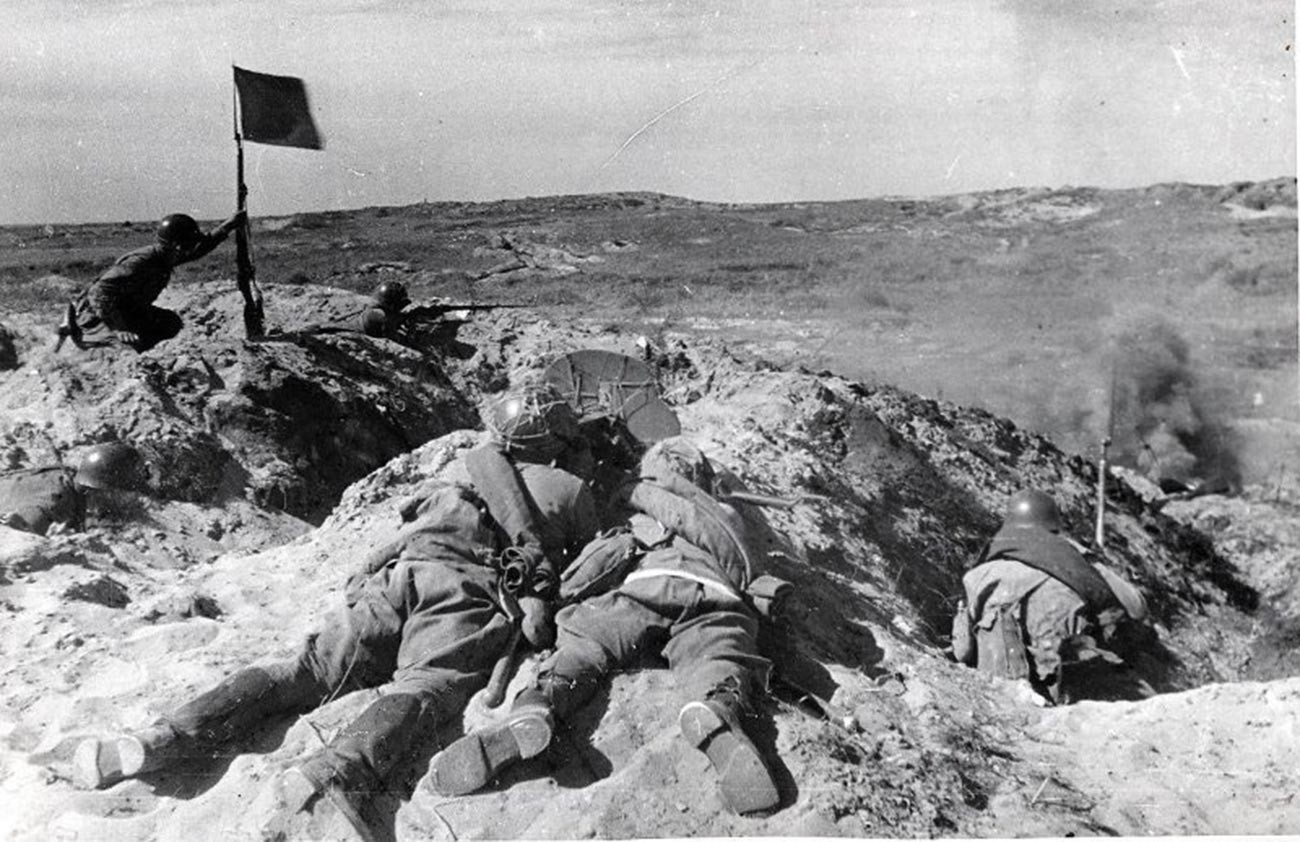 The paratroopers fought side by side with the infantry during the initial chaos of the German invasion of the USSR, when there were simply no opportunities to launch airborne operations. The chance arose only during the Red Army’s massive counteroffensive at Moscow in the winter of 1941-1942. 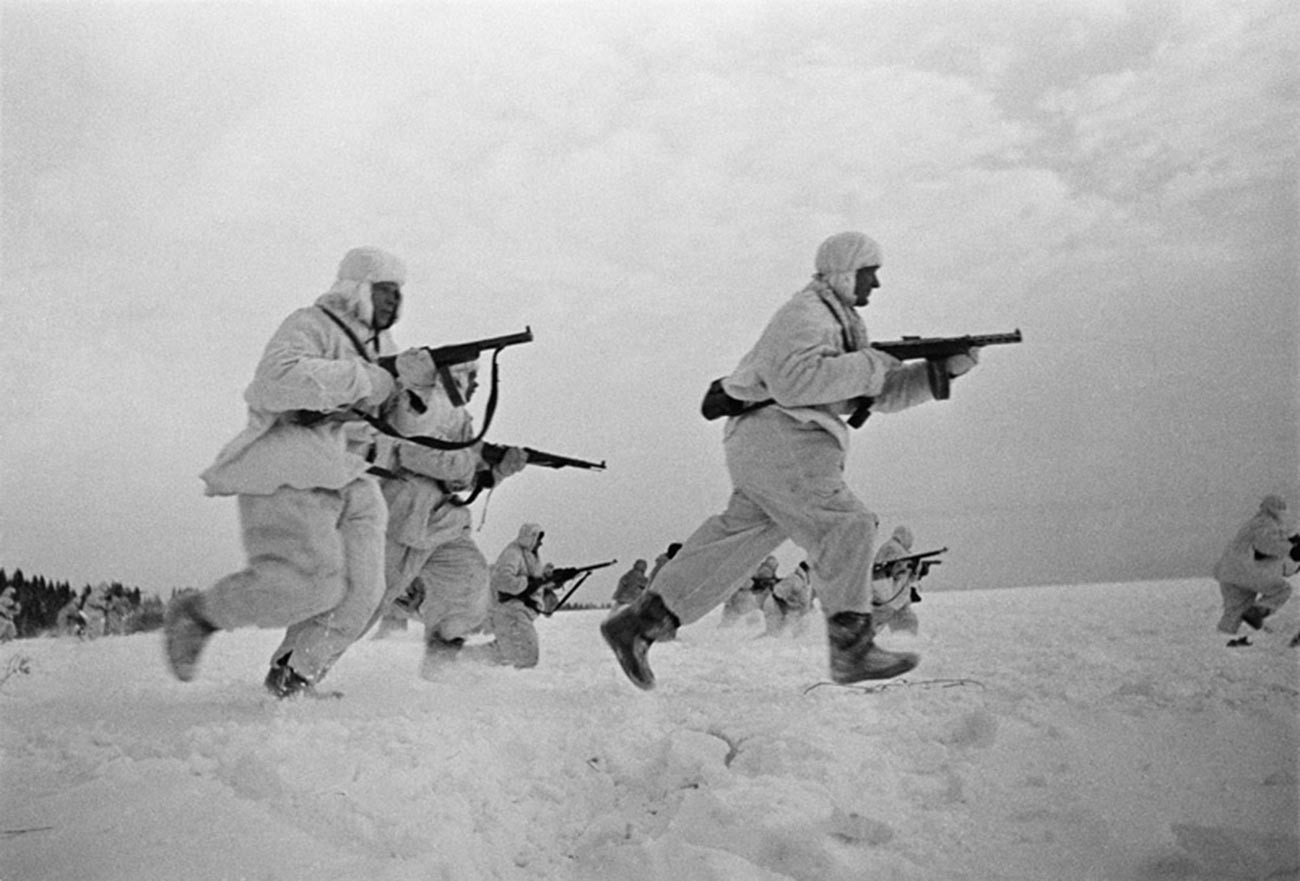 More than 10,000 paratroopers of the 4th and 5th Airborne Corps landed in the enemy rear in the Vyazma region in January-February 1942 to assist the encirclement of forces from the German Army Group Center. However, the failure of the overall Soviet offensive meant that they were soon surrounded. For five months, the airborne units, together with the 1st Guards Cavalry Corps of General Pavel Belov, waged a series of grueling battles before finally breaking through to their own lines on June 24, 1942, having covered hundreds of kilometers through the German rear. Seven enemy divisions were paralysed as a result of their actions. 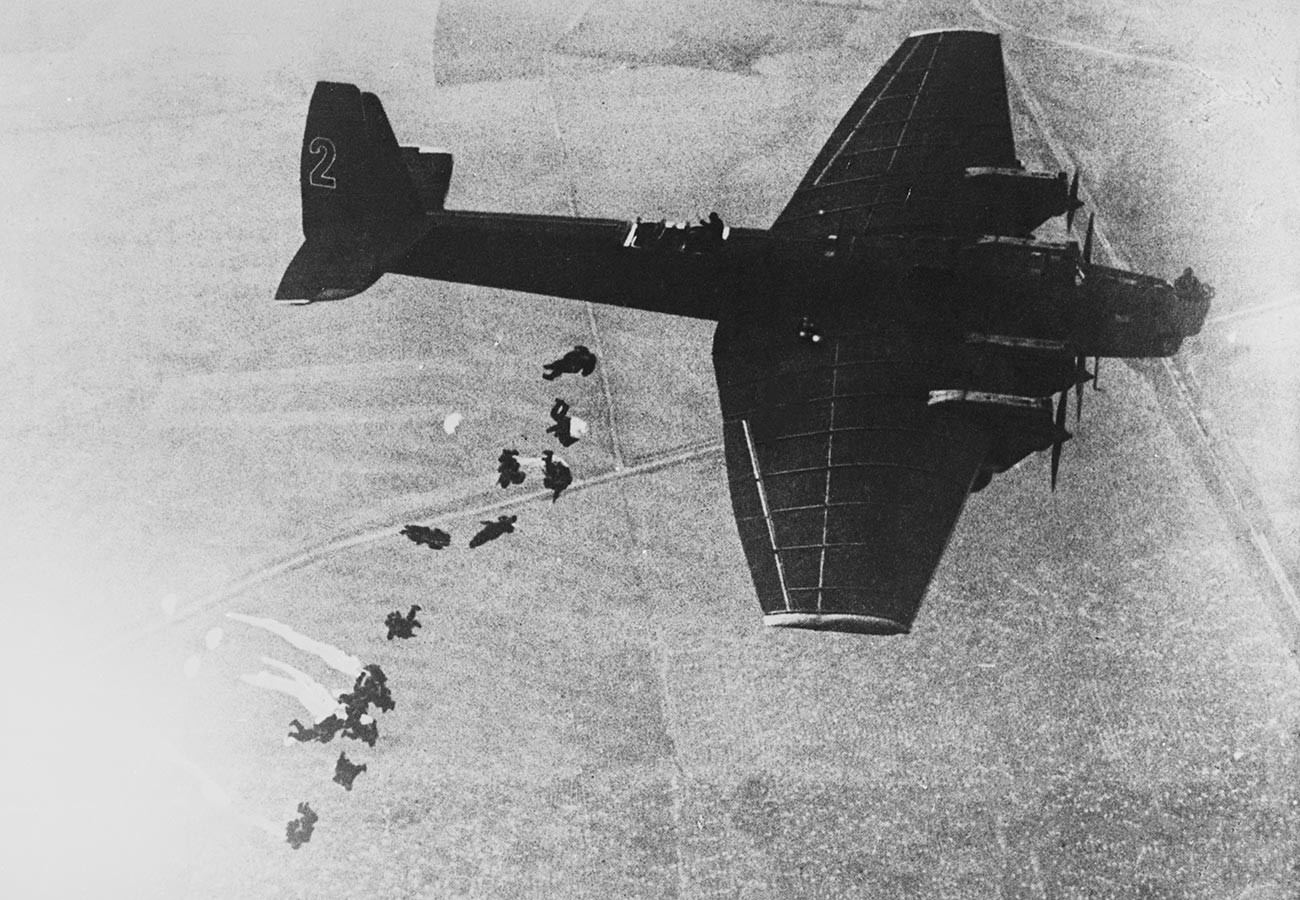 “The brigades withstood all the ordeals in the German rear thanks to one factor — the paratroopers were chosen from among young Komsomol patriots, brave and healthy guys,” recalled Mikhail Bogatsky, who served in the 211st Airborne Forces Brigade, which was dropped in to relieve its comrades in the region of ​​Vyazma in May 1942: “A regular rifle division in such conditions would have cracked in a week... Even the paratroopers got demoralized at times, cursing their commanders and their wretched orders… But our willingness to die for the Motherland and fanatical loyalty got the job done.” 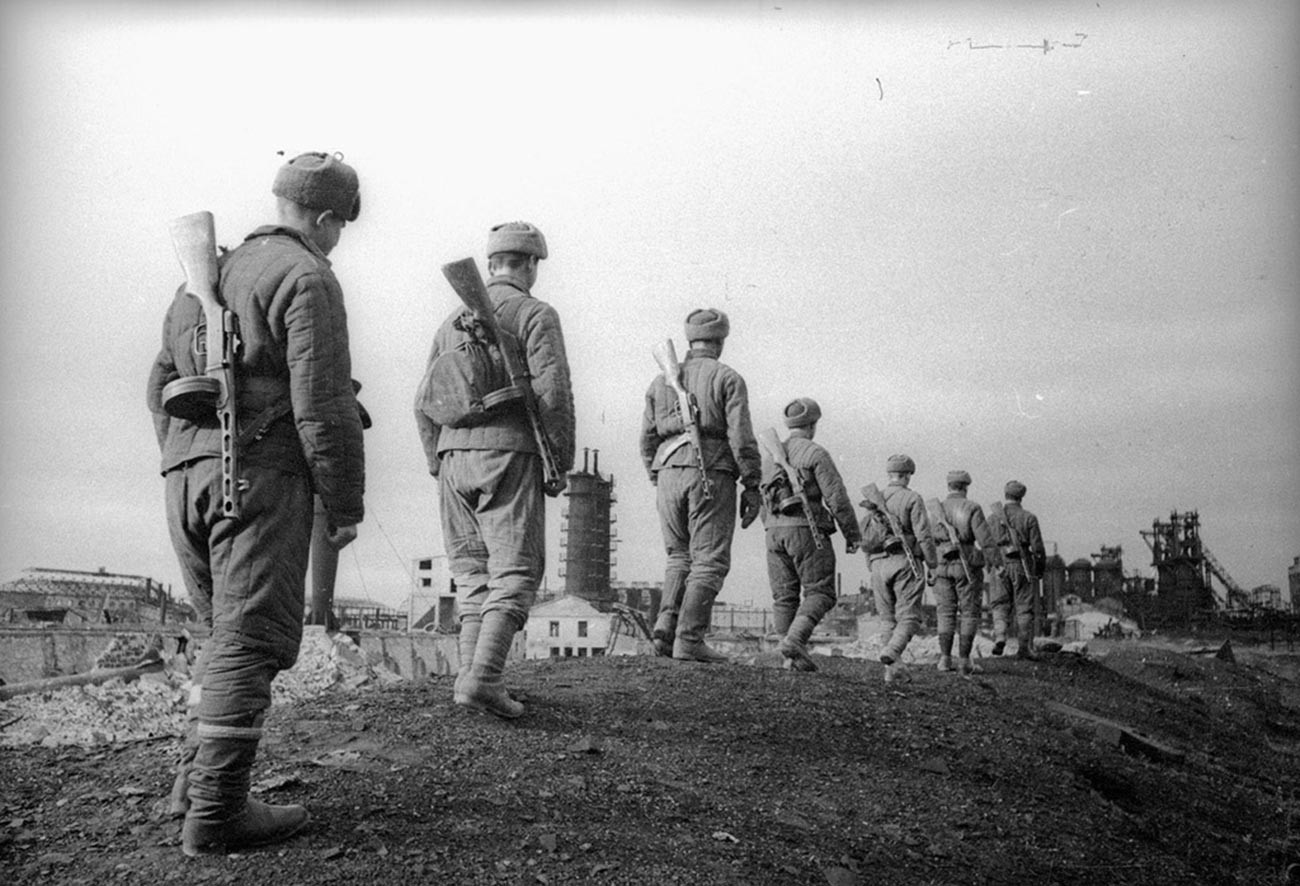 The paratroopers also played a significant role in the Battle of Stalingrad. Ninety-five percent of the 37th Guards Rifle Division (formed on the basis of the 1st Airborne Corps) died fighting to keep hold of the tractor plant on the banks of the Volga. “It was a real elite unit. All the guys were young, tall, healthy, many were dressed in paratrooper uniform with daggers and bowie knives in their belts. They fought heroically. When attacked with a bayonet, they threw the Nazis over their shoulder like sacks of straw,” General Vasily Chuikov, commander of the 62nd Army, wrote in his memoirs. 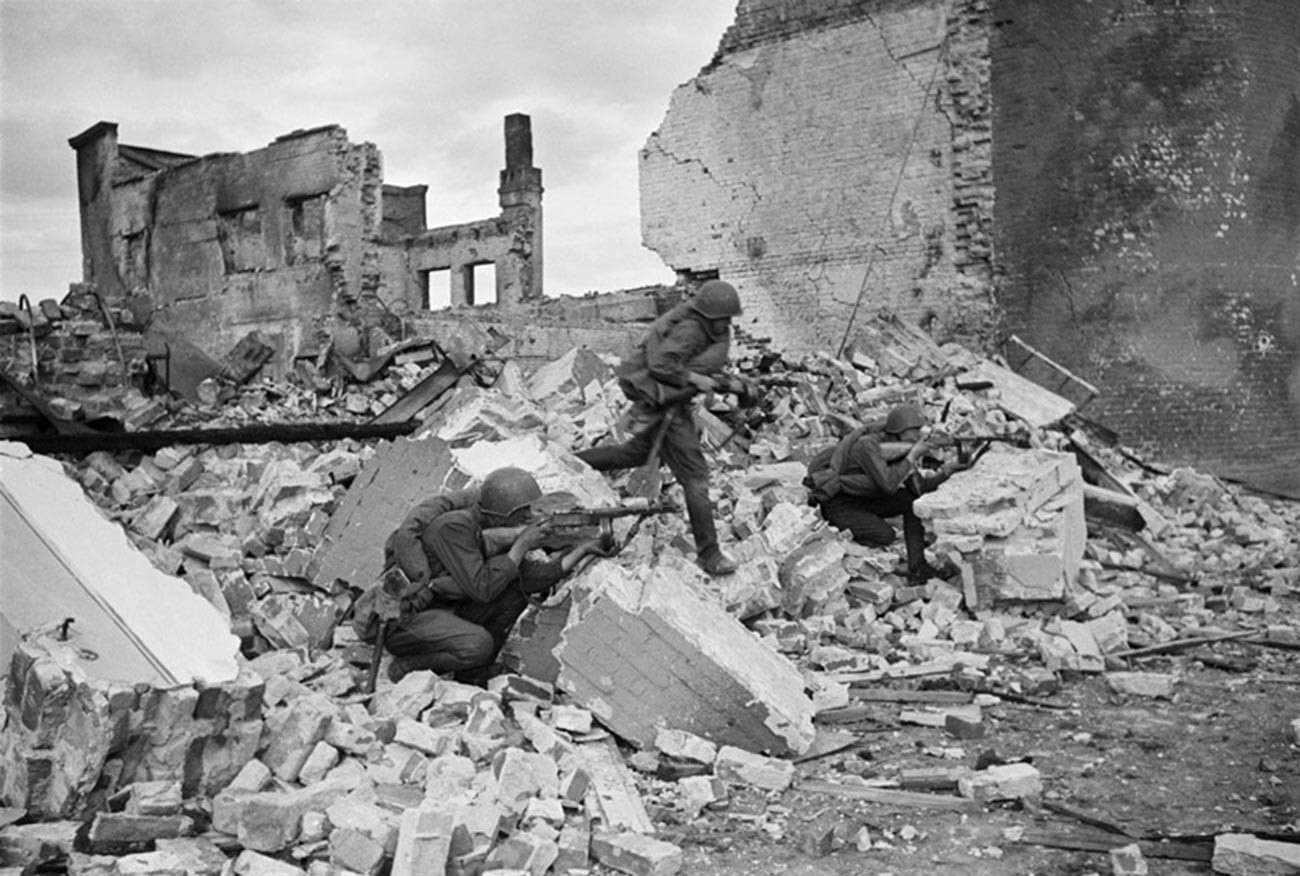 The Dnieper airborne operation in September 1943 was the second largest operation of the Soviet paratroopers in WWII, yet also the last, since the mission ended in total failure. Poor planning and reconnaissance meant that the transport planes were strafed by the German anti-aircraft guns. The landing groups were dropped either straight into the Dnieper River, where they drowned, or scattered far and wide with no way to communicate with each other. 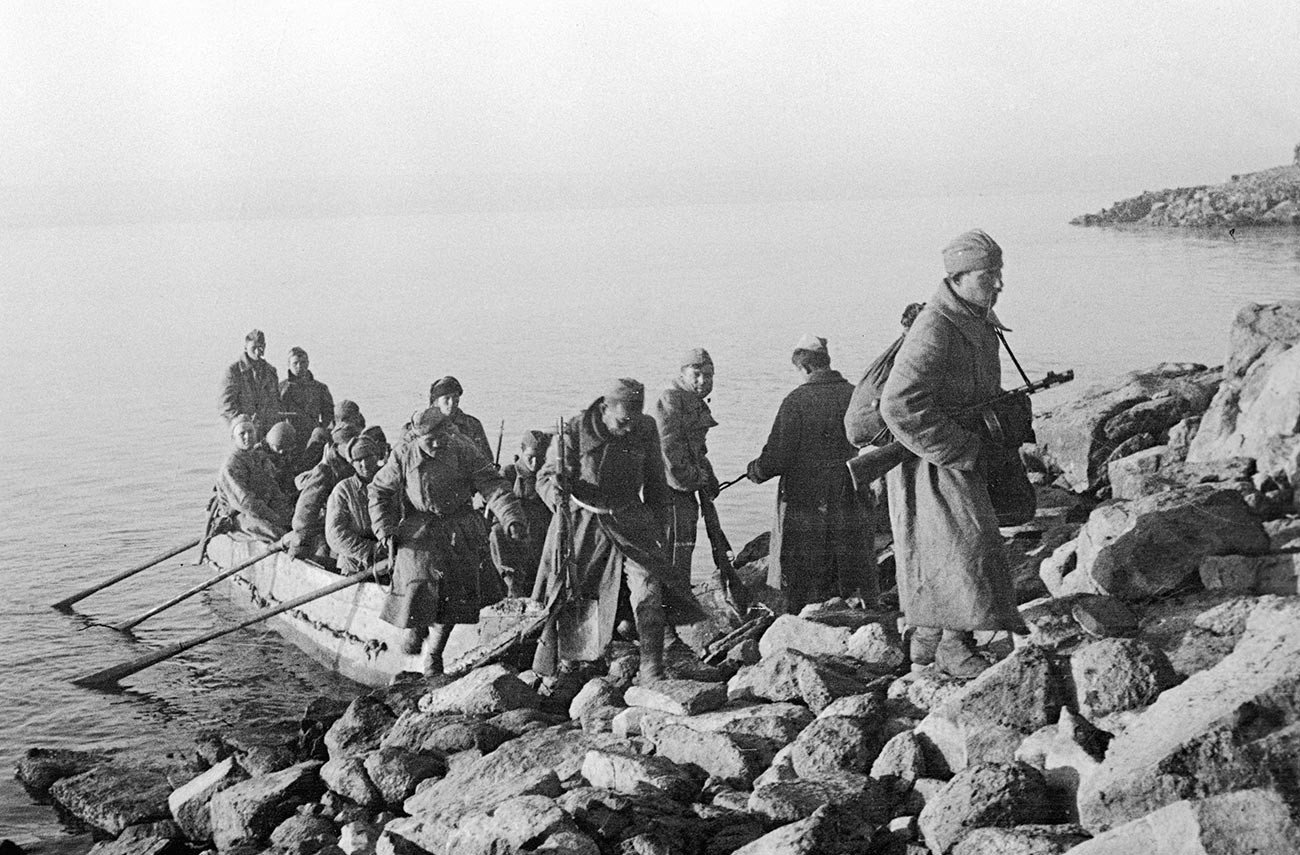 “Six divisions and two tank corps were concentrated there. That’s where we were dropped ... We fell from the sky into battle, some were killed before touching down... Everything was on fire, night turned into day... The whole brigade should have landed within a 7–10 km radius, but the pilots spread us 100km apart, from Rzhyshchiv to Cherkassy... And instead of acting as a brigade, we had to operate in small detachments that were easy to pick off,” recalled Junior Sergeant Pyotr Nezhivenko of the 3rd Guards Airborne Brigade. But despite suffering heavy losses (3,500 men), the paratroopers were able to keep sizable German forces tied down in battle, which greatly aided the Red Army as it prepared to cross the Dnieper. 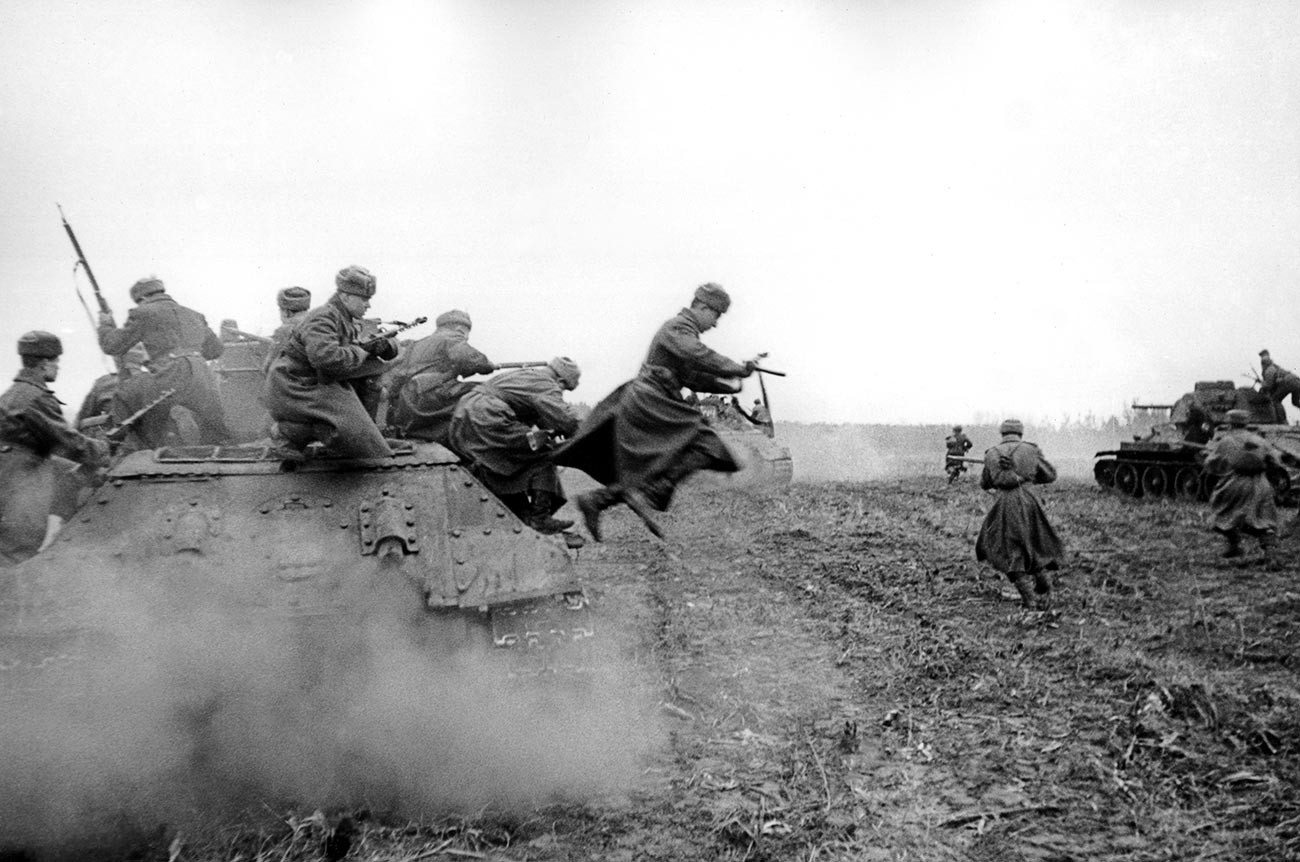 The post-war history of the Soviet Airborne Forces is closely associated with the personality of General Vasily Margelov, who led this branch of the military for 25 years (from 1954 to 1979). It was through the efforts of “Uncle Vasya” (as the paratroopers affectionately call him to this day) that the Soviet Airborne Forces became one of the best fighting formations in the world: the mobility and controllability of airborne units was significantly improved; the first BMD-1 airborne combat vehicle and the BTR-D airborne armored personnel carrier were developed; and the landing troops were equipped with the best small arms, communication systems, anti-aircraft systems, amphibious armored vehicles and transport aircraft. Under Margelov, the paratroopers learned to disembark from landing craft while inside armored vehicles — and to wear the famous blue beret with pride. 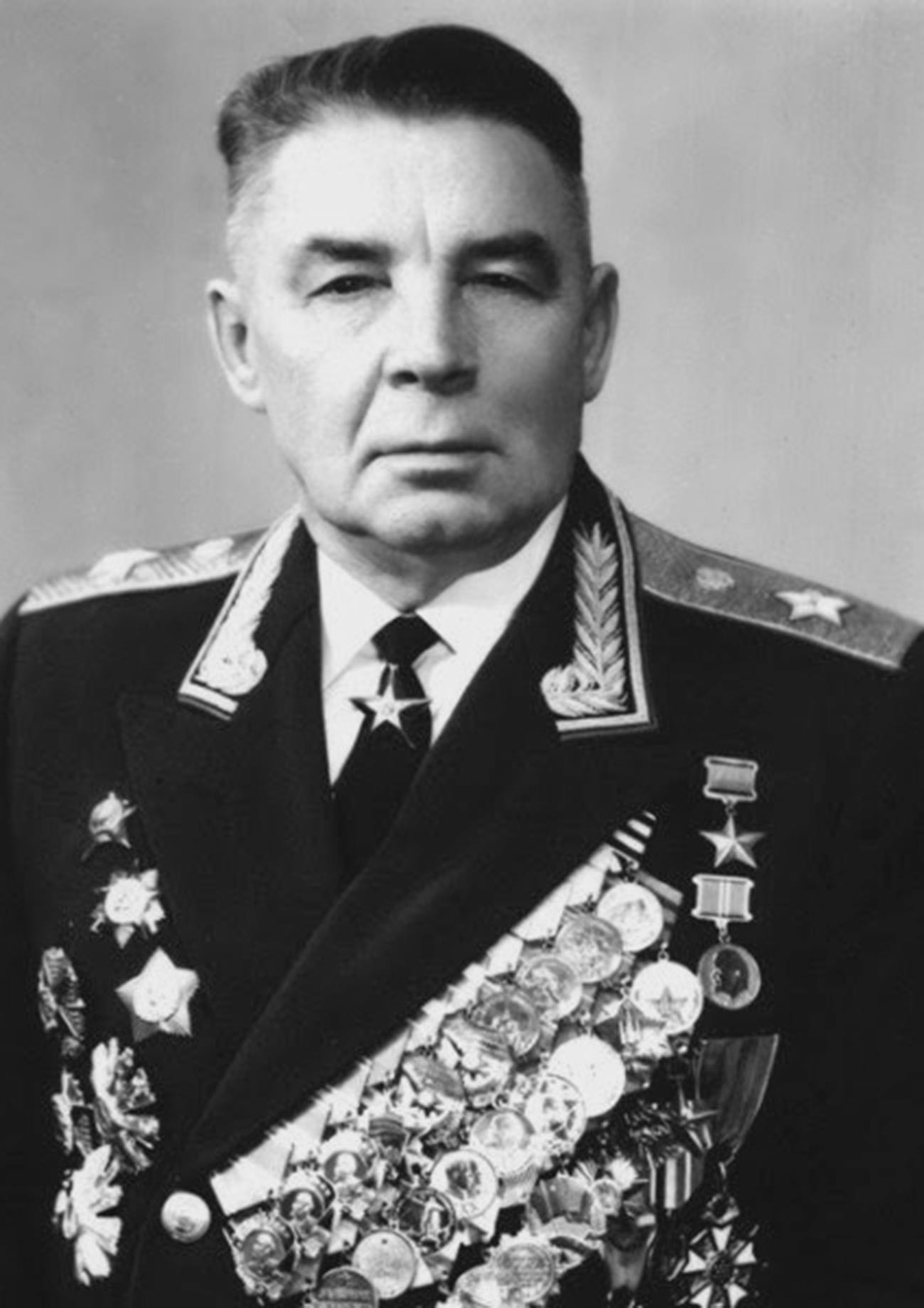 The paratroopers demonstrated their effectiveness in August 1968 during Operation Danube, which ended the period of liberal reforms in Czechoslovakia known as the Prague Spring. Rapidly seizing the airports, radio and TV stations, and key government buildings, the Soviet Airborne Forces enabled the deployment of Warsaw Pact troops in the country and largely ensured the success of the entire operation. 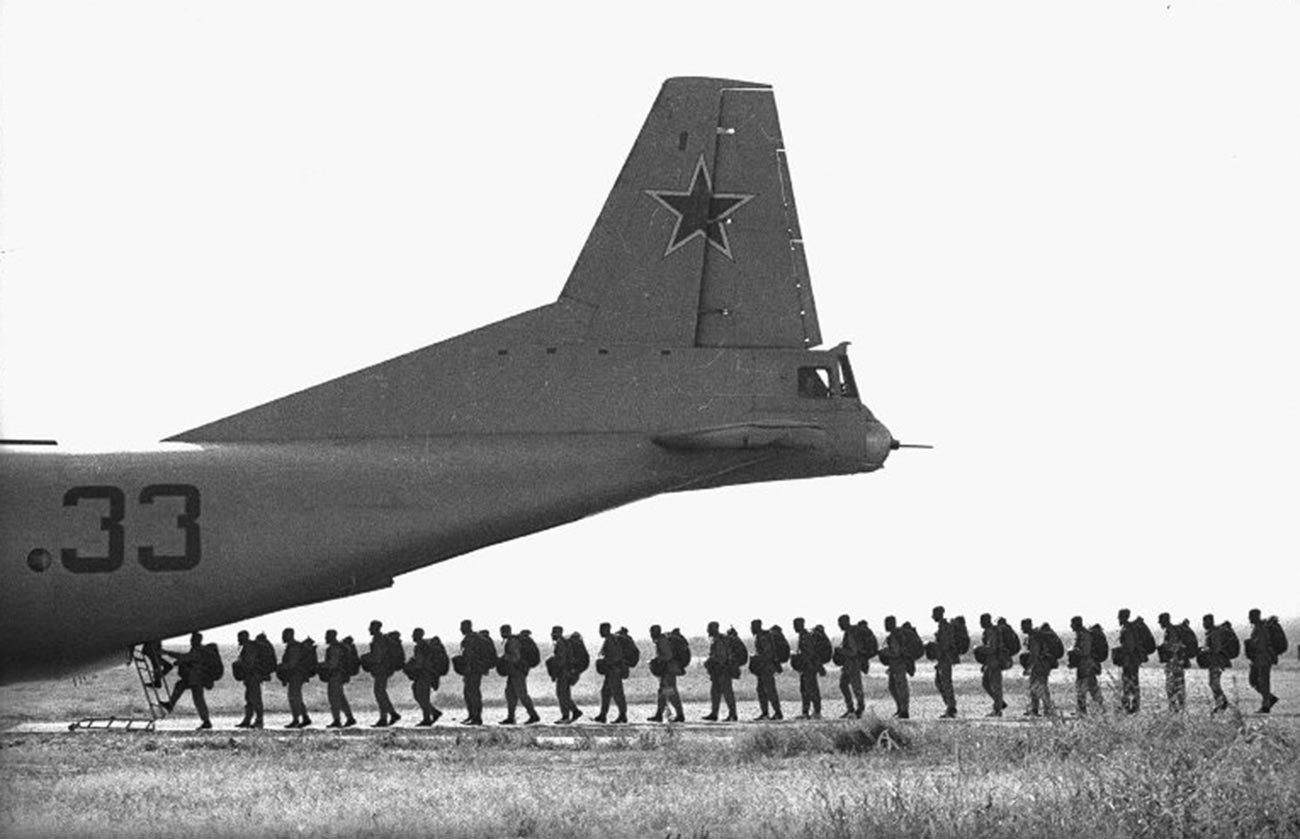 Nor did the contingent of Soviet troops in Afghanistan do without the Airborne Troops. It was the paratroopers, together with GRU and KGB special forces, who on Dec. 27, 1979, stormed the palace of Afghan leader Hafizullah Amin, disowned by the Soviet government. And airborne units likewise played a key role in Operation Trap in August 1986. Coming under heavy enemy fire while landing from helicopters in Herat Province, the paratroopers were able to launch a counteroffensive and cover the approach of the main forces by blocking the Kokari-Sharshari base. As a result of the operation, the “Western United Group” under the influential Field Commander Ismail Khan was defeated. 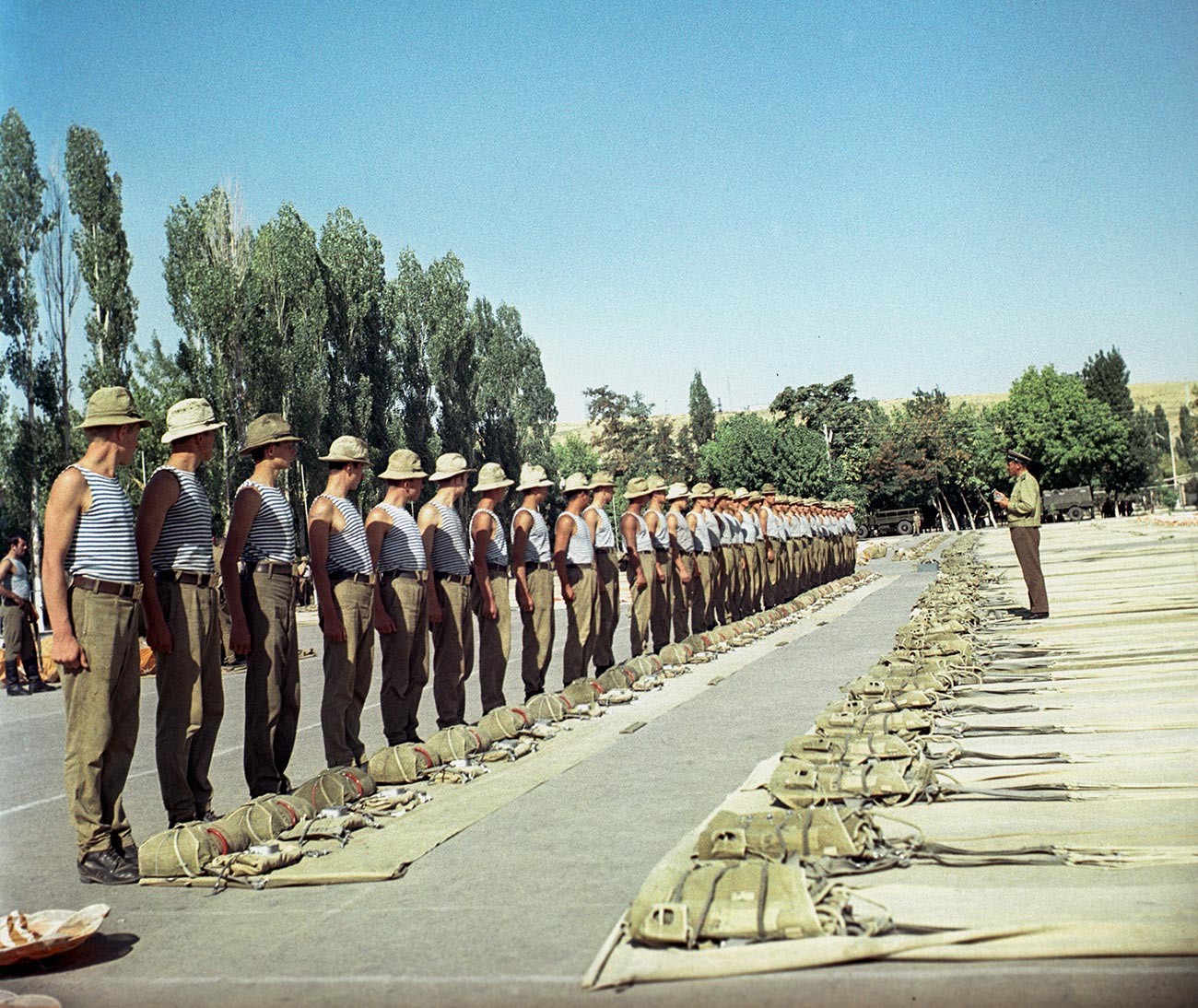 Both Chechen wars were a cauldron for the Russian Airborne Forces. On Feb. 29–March 1, 2000, 90 paratroopers from the 74th Guards Airborne Division engaged 2,500 Chechen fighters and Arab mercenaries in the Argun Gorge. The Russians suffered 84 killed against enemy losses of 400–500. 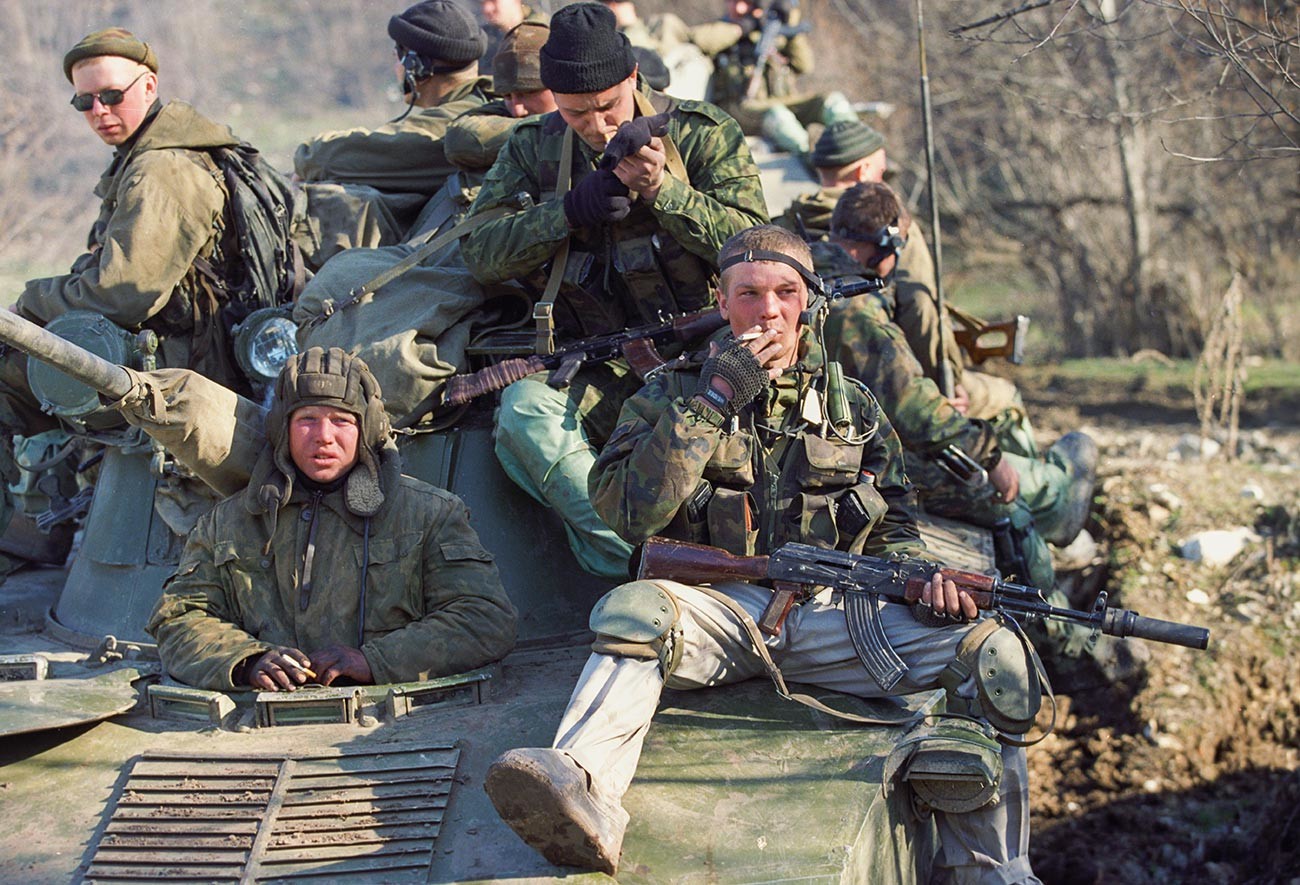 Soldiers of the 45th Detached Reconnaissance Regiment of the Russian Airborne Troops.

One of the proudest moments of the Russian Airborne Forces in recent times was the so-called “March on Pristina” on June 12, 1999. During Operation Allied Force against Yugoslavia, NATO not only deployed bombing tactics, but introduced troops into Yugoslav territory. With a view to supporting the Serbs, protecting its geopolitical interests in the Balkans, and underlining its role in world politics, the Kremlin decided to occupy the strategically important Slatina airbase in Kosovo ahead of a NATO deployment. Moving in from Bosnia and Herzegovina overnight, Russian paratroopers, part of a peacekeeping force, took control of the airfield just a couple of hours before the NATO soldiers arrived. 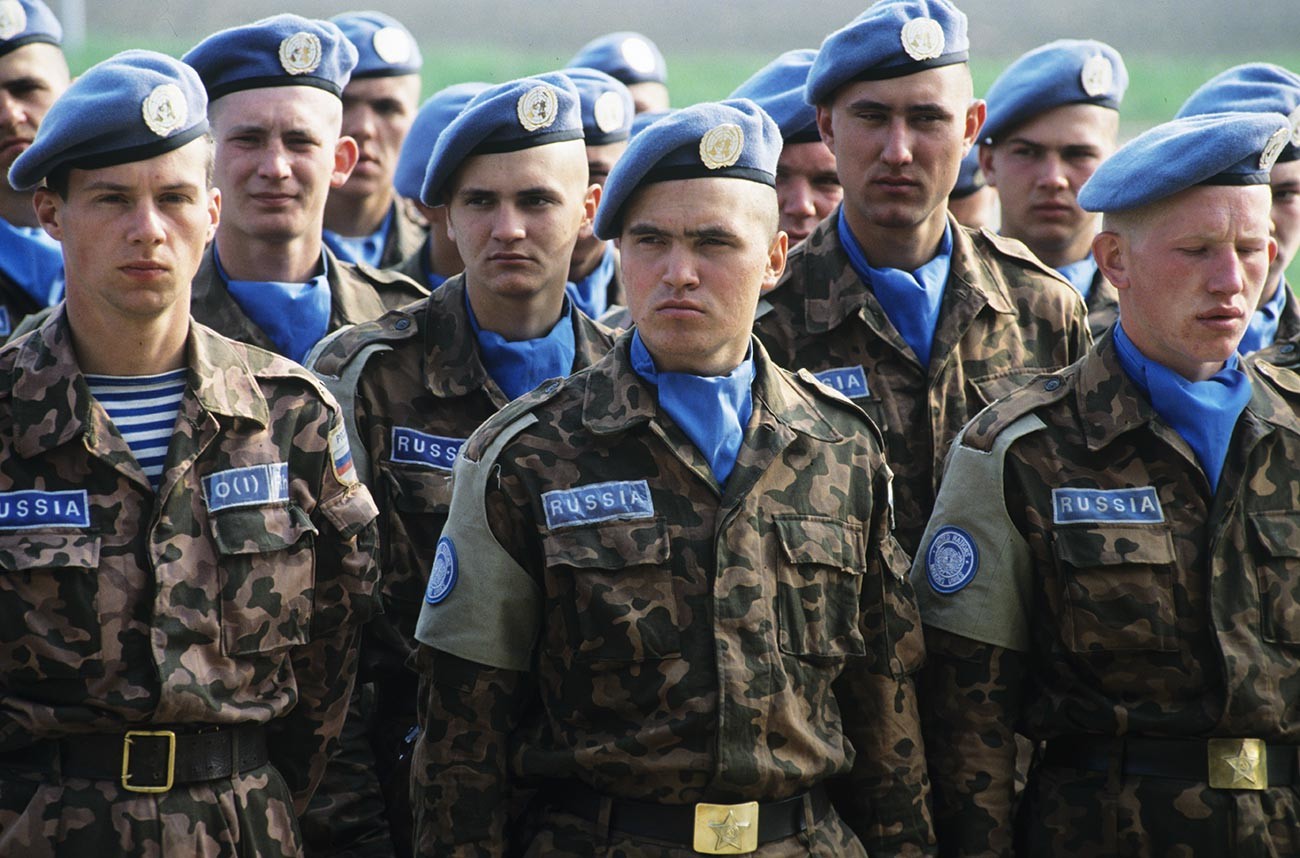 US General Wesley Clark, Supreme Allied Commander Europe, ordered British General Mike Jackson, in charge of the NATO-led Kosovo Force, to block the Russians from the airfield, to which he reputedly replied: “I’m not going to start the Third World War for you.” 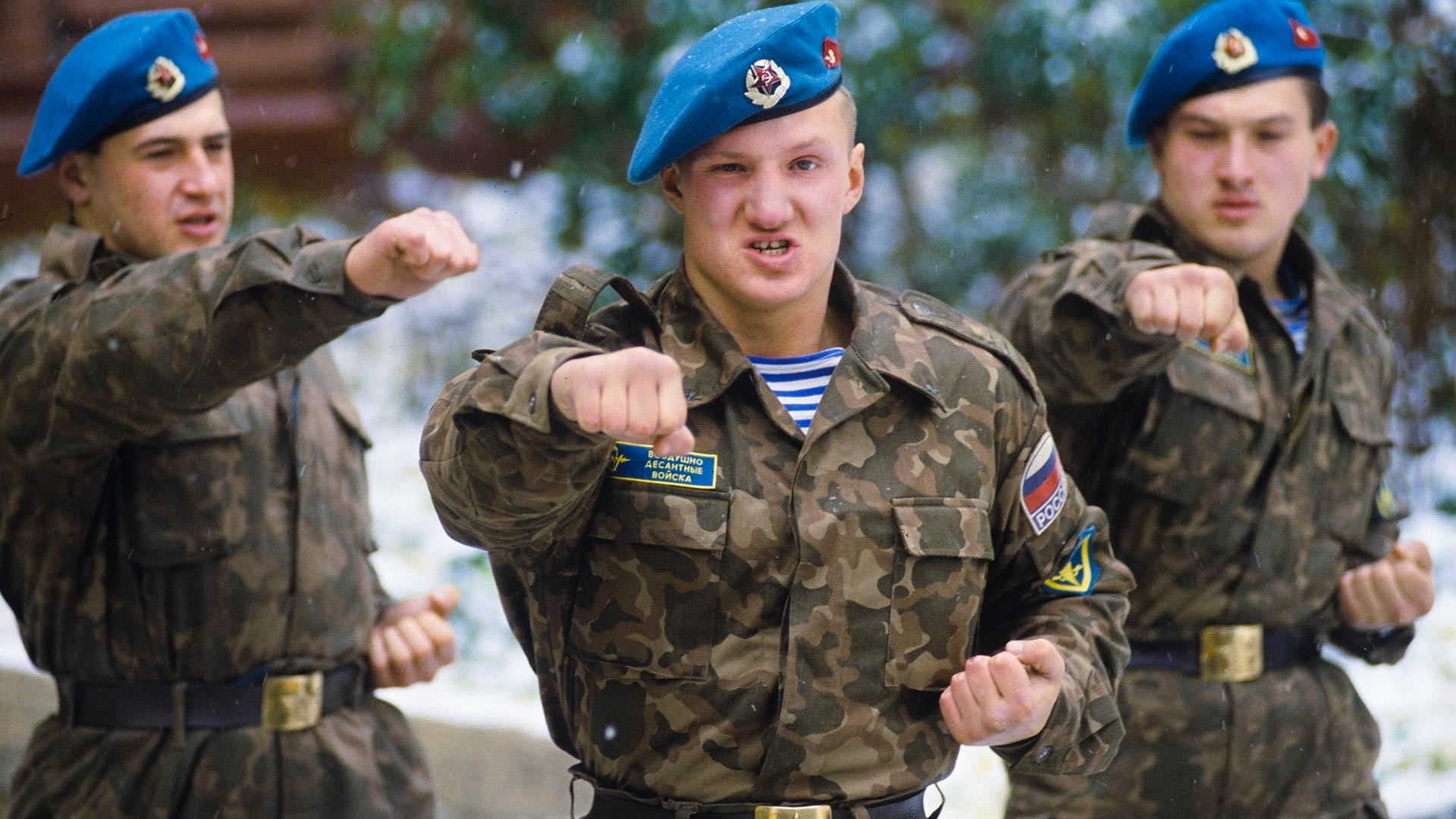