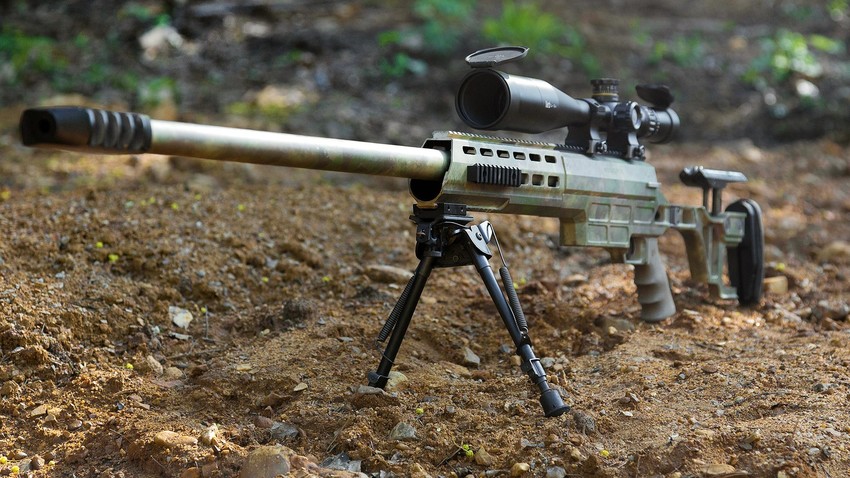 Lobaev Arms
This weapon lets snipers kill the enemy at a range of 2.5 km and sneak away unnoticed.

In early 2020, a number of Russian special forces units were supplied with the DXL-4 sniper rifle — the “army” version of the longest-range rifle in the world produced by Lobaev Arms (link to Sumrak article).

This weapon was created not just to destroy the enemy on the battlefield, but for targeted attacks on low-observable targets at ultra-long sniper range from 1.5 to 2.5 km.

At this distance, even through the prism of the most cutting-edge optics, the target looks no larger than an ant. All the same, Russia’s new sniper rifle can hit this target, regardless of wind, rain, and other adverse weather conditions. 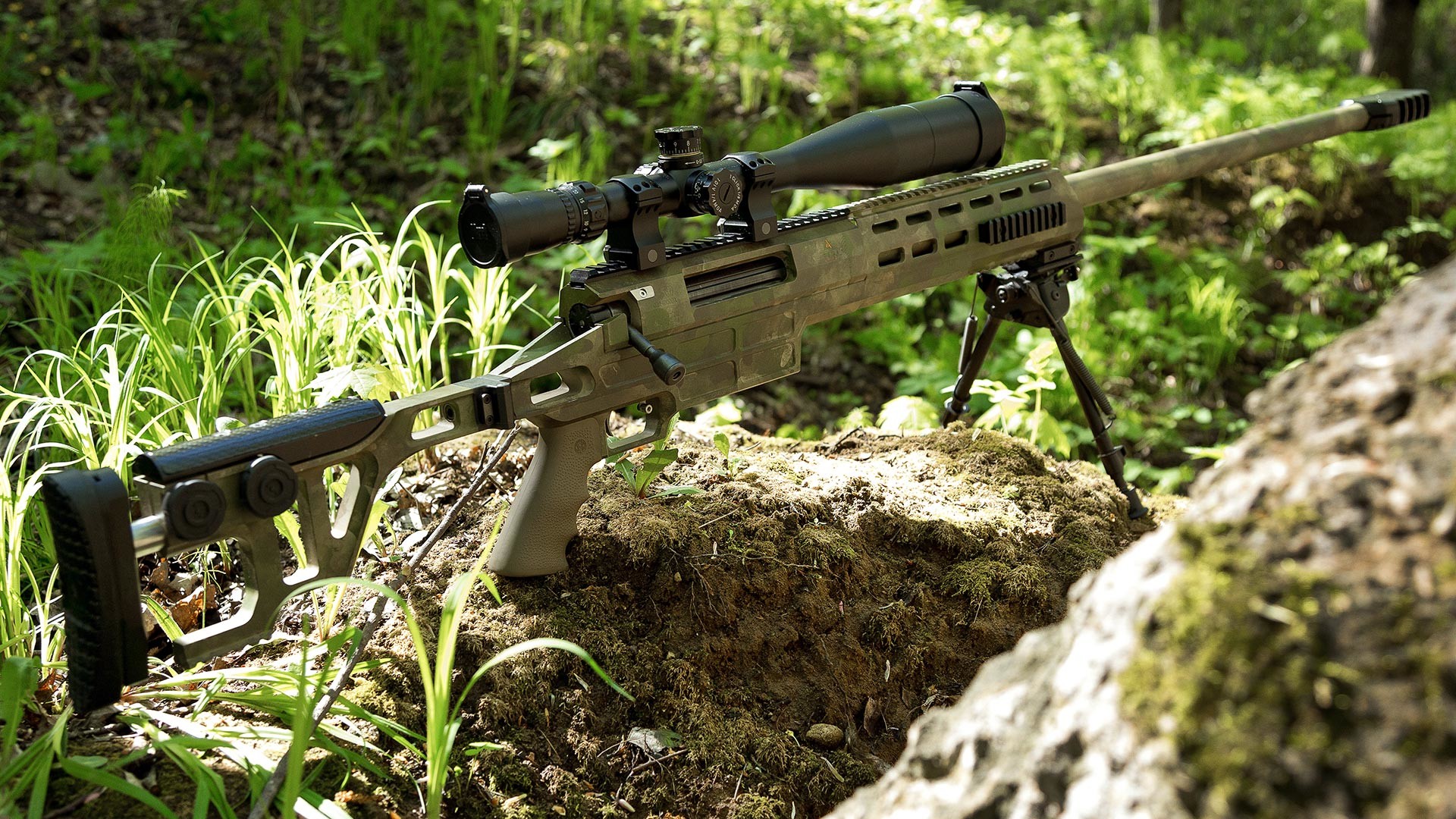 According to its creators, the DXL-4 is a super-accurate weapon with one of the densest shot patterns in the world. From a range of 100 m, even a novice shooter can place five bullets just 13.5 mm apart.

This is possible thanks to the barrel specially engineered for .408 Cheytac ammunition. This sniper cartridge is larger than the Dragunov 7.62x54 mm, most commonly used in Russia, and smaller than the .50 BMG, most popular in the West.

According to Lobaev Arms chief designer Yuri Sinichkin, the DXL-4 has more than decent accuracy, sports an outrageously long range, and is designed for operations in the harshest conditions, be it the scorching Sahara in temperatures of up to 65°C, or the coldest regions of the Russian Far North where the mercury can plummet to -45°C.

“We reduced the range of the Sumrak for the army (link to Sumrak article) from 4 to 2 km. There are several reasons: in a real battle at these distances no scope in the world will show you the enemy and no sniper bullet can pierce enemy body armor,” says the designer.

He stressed that the DXL-4 is not merely a weapon created to eliminate militants in hot spots, but tailored to take out enemy snipers. We’ve all seen movies where a sniper merges seamlessly with the surrounding terrain while maintaining perfect visibility. Put simply, you see everything, but no one sees you.

Modern rifles and optics allow a well-trained soldier to eliminate the enemy at a range of 1.5 km. The DXL-4 puts another kilometer of safety between the shooter and the target.

Despite all this, the rifle has its drawbacks. It is no good in urban conditions where the enemy is just 500 m away — the bullet is simply too powerful and, after ripping through the target, could hit a nearby hostage, for instance. For urban operations, Russian snipers use the Phantom sniper rifle, which entered service this year. You can read about it in our special article here. 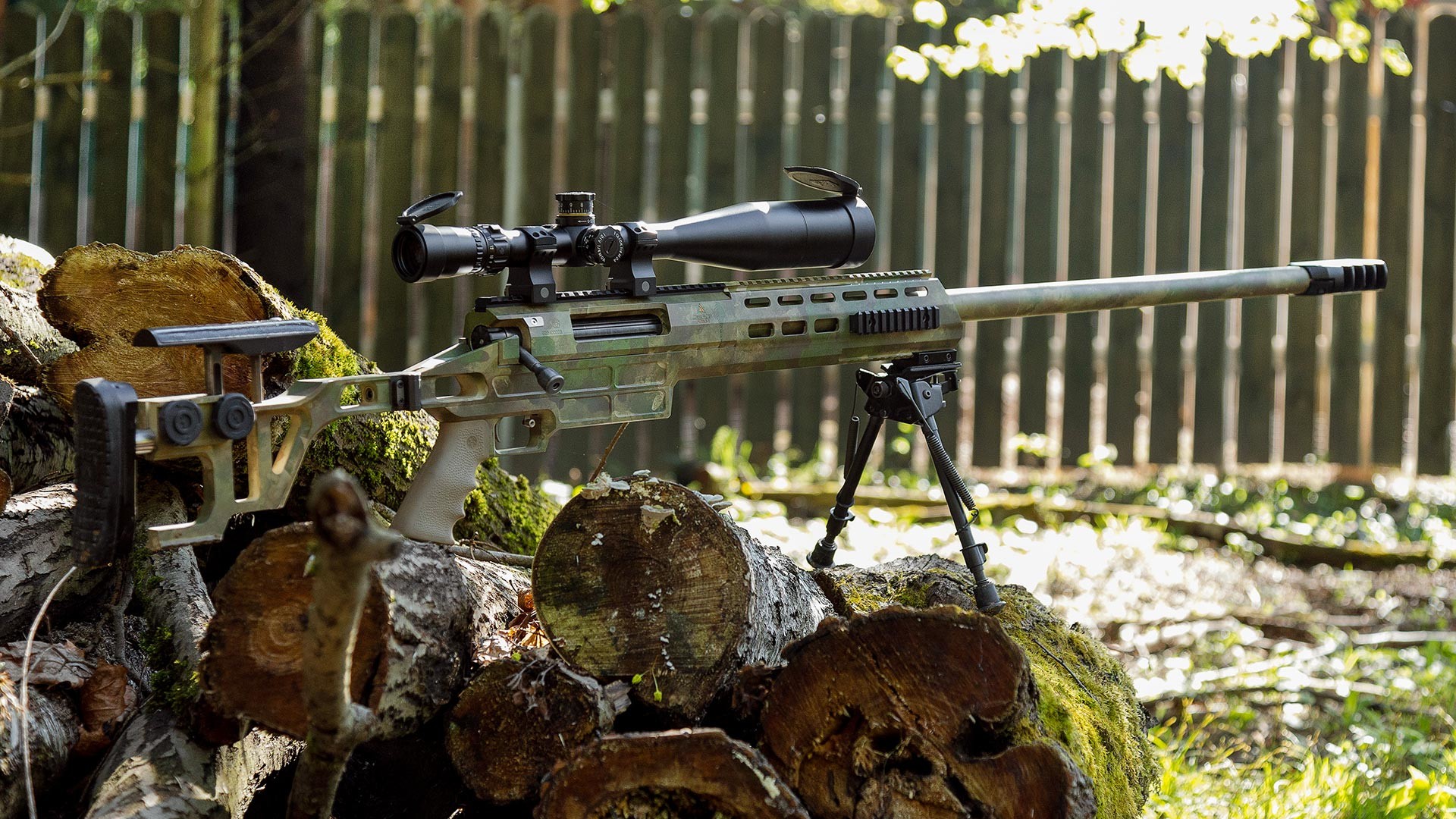