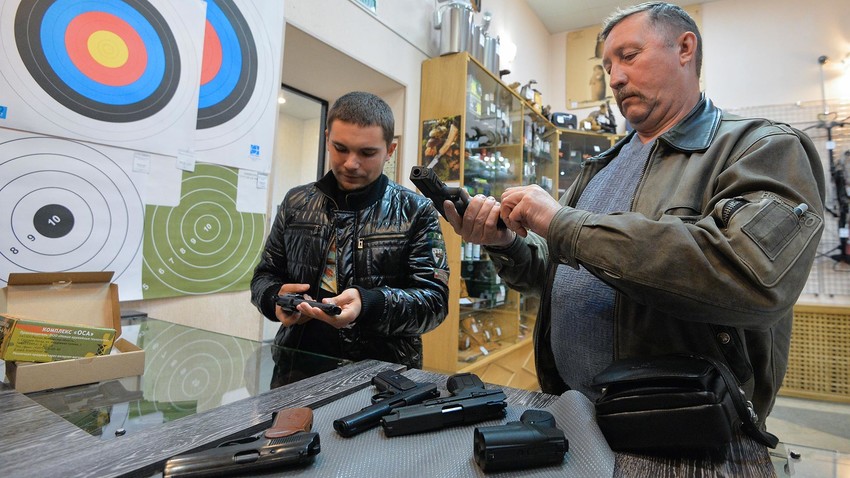 Alexander Kondratuk/Sputnik
Rifles and ammo, guns and baseball bats - every kind of handheld weapon imaginable is flying off the shelves in Russia amid the coronavirus pandemic.

Ammo and baseball bats were the first to go up in sales, by 130 and 30 percent, respectively. This was at the start of the self-isolation regime currently in place in Russia.

Towards the fifth week of the nationwide lockdown, firearm sales began to catch up, thanks to online stores with home delivery.

According to Sergey Zadorozhny, director of the online store ‘Oborona30.ru’, knife sales alone went up by 300-400 percent. Sales of tear gas and pepper spray are going through the roof as well, with an average order consisting of 20 cans, with some pneumatic weapons thrown in. Delivering all that to online shoppers is proving to be a considerable challenge as well, requiring multiple deliveries, instead of the usual one. 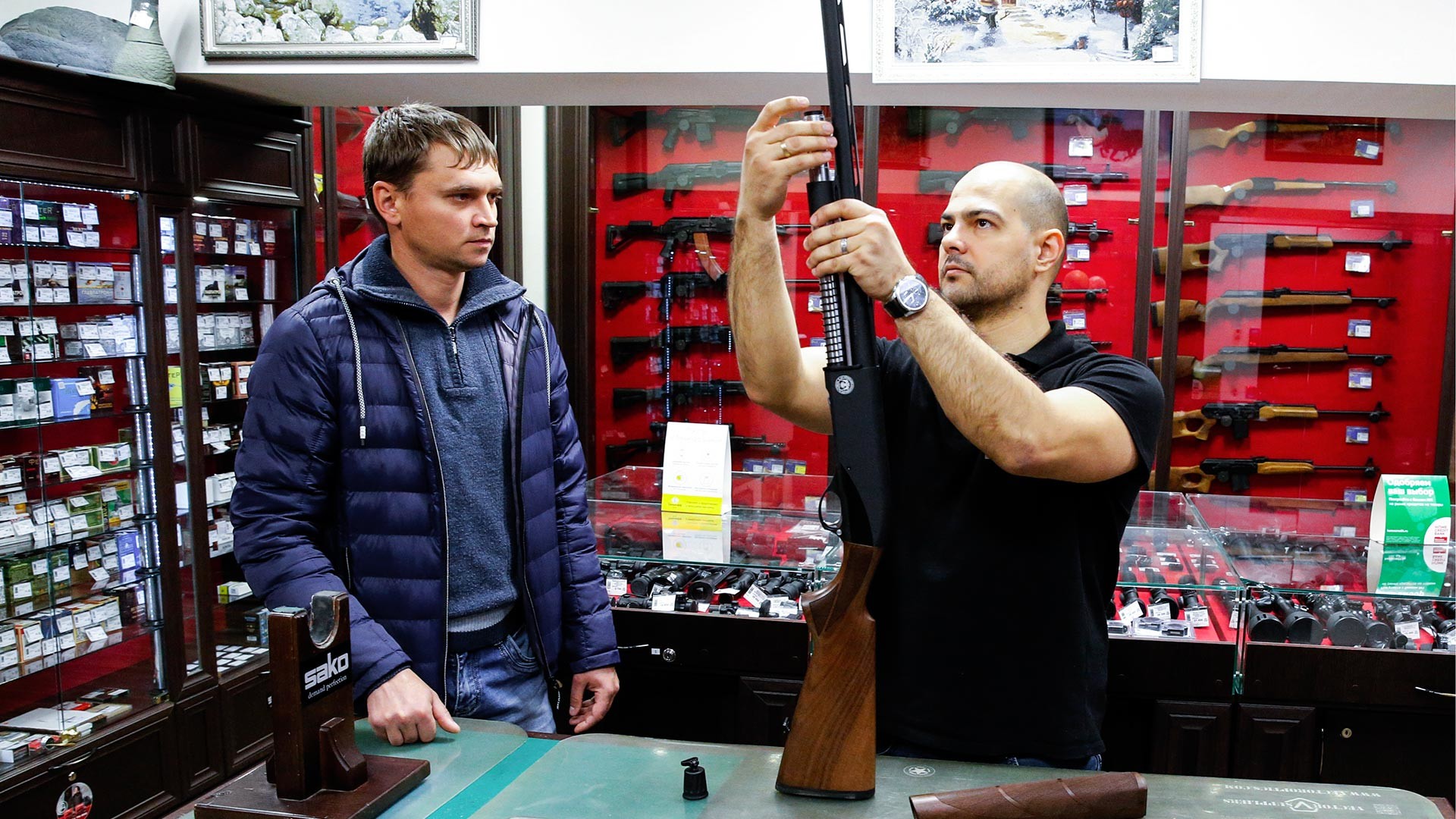 Customer's viewing a weapon in a store in Chelyabinsk.

Demand has also skyrocketed despite the fact that, prior to the start of the the pandemic, which was compounded by a slump in oil prices and its knock-on effect on the growth of the dollar against the ruble, smoothbore guns and shotguns at the ‘Novo-Obninsk’ online store were already selling at increased prices, starting at 7,500 rubles (ca. $100) for the cheapest gun, and going up to 400,000 (ca. $5,000) for the Italian Benelli.

“The crisis coincided with the start of the hunting season in Russia,” said Arthur, a co-owner of the privately-owned online store. “We’ve indeed seen an increase in sales of hunting and pump-action rifles, as well as ammo, prior to the start of the quarantine. Smoothbore rifles and ammo for the most part.”

Arthur added that the store is yet to do a comparison with last year’s figures. 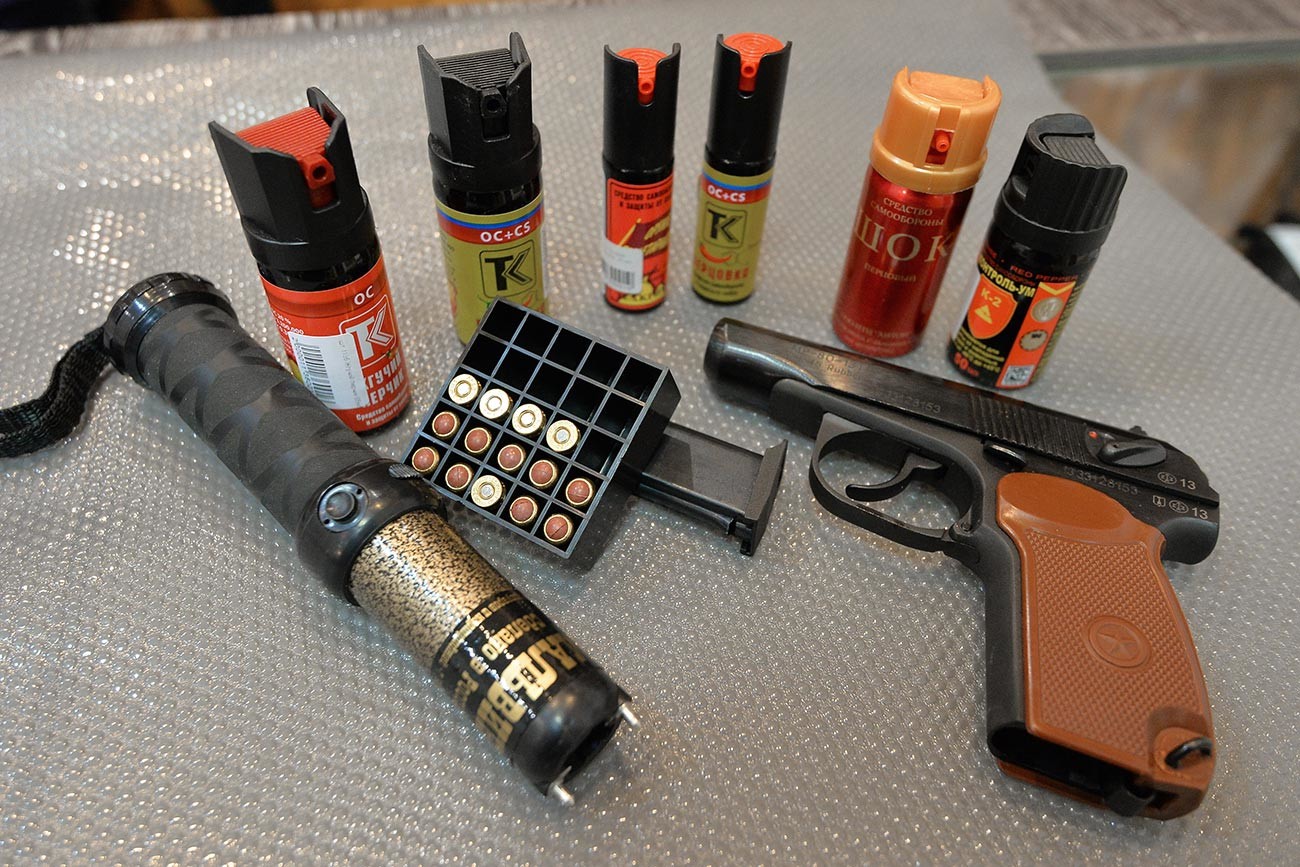 Non-lethal weapons for self defence

“Sales have gone up several times before the start of the quarantine, for sure. We are closed now, and don’t do deliveries, be it knives or sprays or baseball bats. We haven’t raised our prices, and are not planning to do so at the moment. Any further updates on pricing will become possible in May, once they lift the quarantine. Right now, the prices stay as they are,” he said. 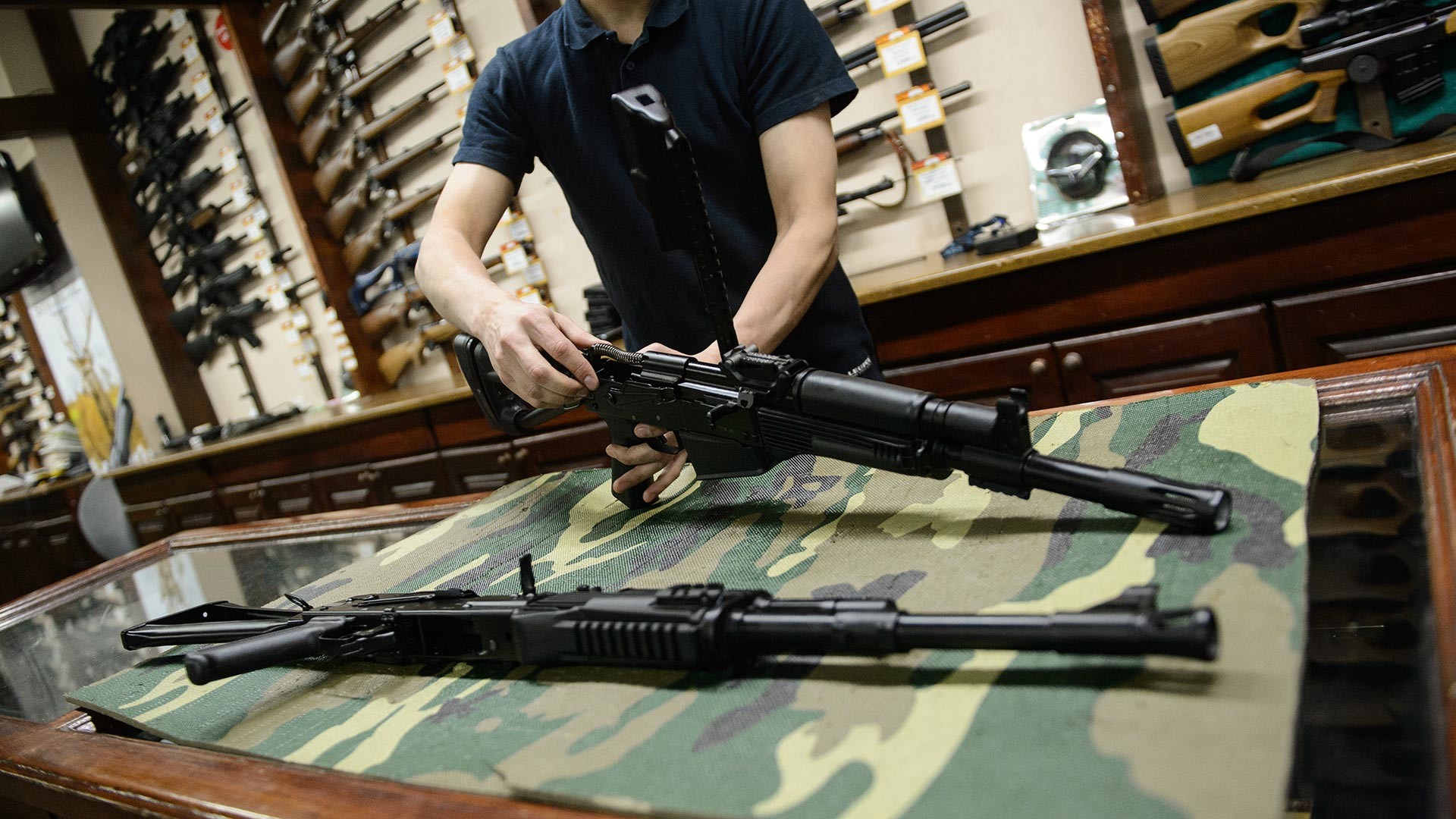 An assistant in a weapon store in Chelyabinsk dissembles a rifle

According to a law enforcement source speaking to Russia Beyond, this sort of panic-buying in Russia could have been precipitated by viral footage of massive lines in U.S. stores, where people are preparing for a possible shortage of provisions and a rise in crime, as well as home invasions.

“We’re copying the best Western trends - buying up guns and blocks of toilet paper rolls. Apparently, in order to defend our homes from robbers and marauders while wiping our behinds, in case it all becomes too real,” the source said.

Americans are very pragmatic buyers, however, using lessons learned from previous years, believes Maxim, who lived and studied in the U.S. in his teenage years.

“Most of the major U.S. cities are situated near the shores. Once in five years they get a natural disaster (floods and hurricanes), having to then restore life and infrastructure in the city. So, when the pandemic hit, Americans started buying by the book the essentials one would need in times of emergency: canned foods, toilet paper and guns and ammo, to defend against looters,” Maxim from Moscow says. 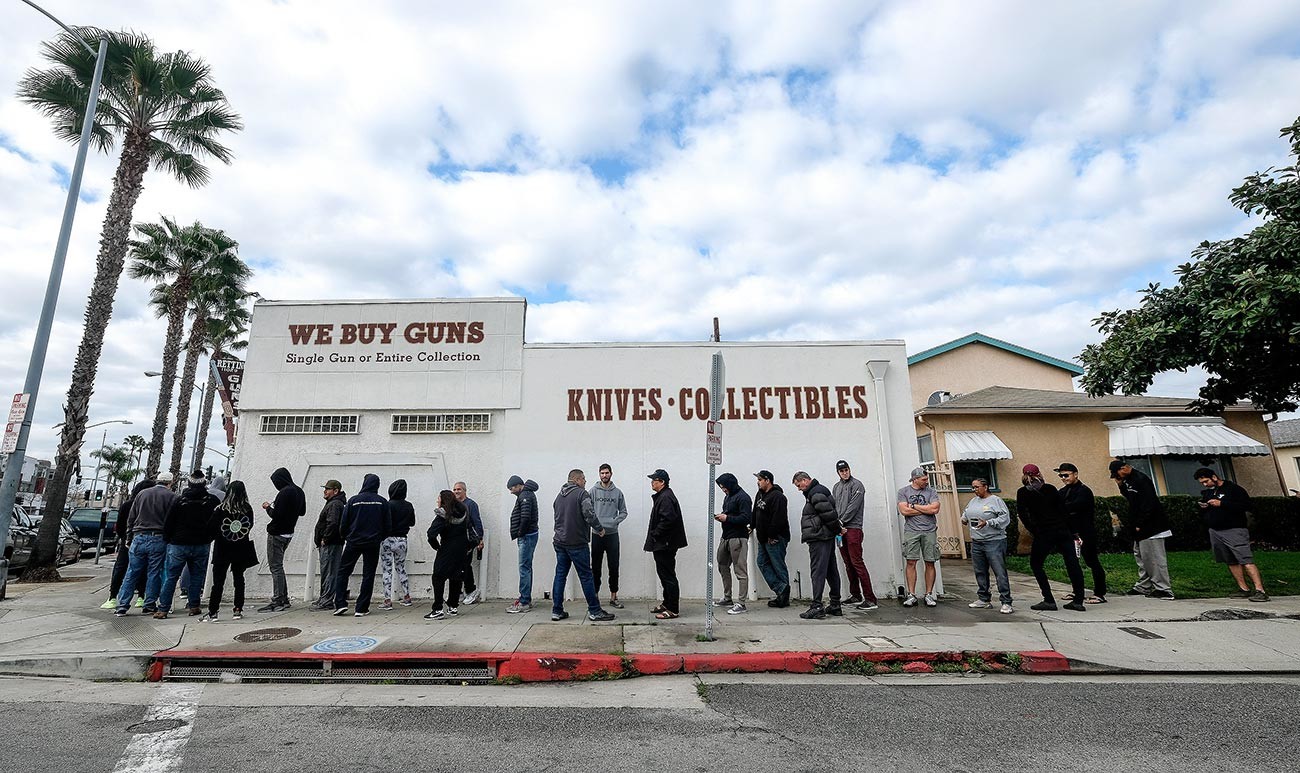 People wait in a line to enter a gun store in Culver City, Calif., Sunday, March 15, 2020. Coronavirus concerns have led to consumer panic buying of grocery staples, and now gun stores are seeing a similar run on weapons and ammunition as panic intensifies.

He adds that he also visited a firearms store outside Moscow just before the lockdown was in place, to get ammo for the spring hunting season, which lasts just under two weeks in Russia.

“I stood in line for an hour just for the ammo. Haven’t seen a line like that in 10 years. Every weapon was being bought up, including weapons that are usually in low demand,” Maxim says.

According to him, a man in front of him had alone bought a thousand rounds for a gas gun (the maximum allowed for transportation under Russian law).