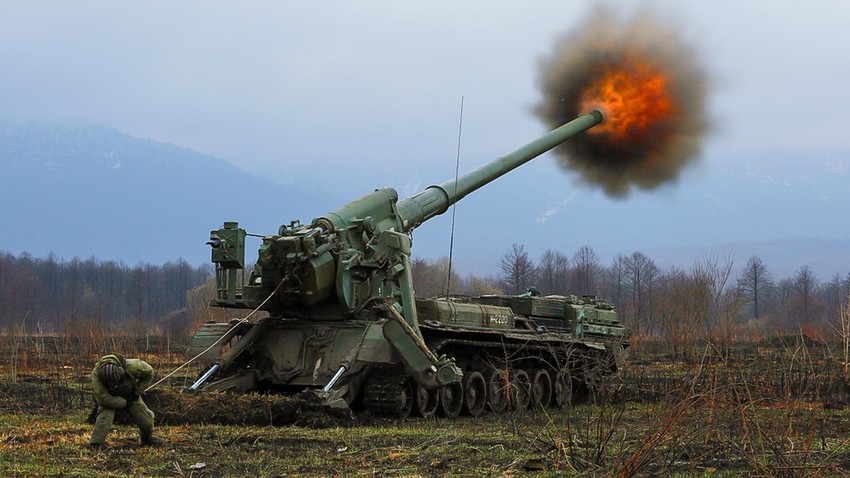 Global Look Press
These metal monsters were created to hit targets up to 50 kilometres beyond the frontline and rain “hell on earth” with their atomic charged shells.

In late April, Russia received its first batch of the 2S7 ‘Pion’ artillery system using 203 mm shells that can be charged with nuclear warheads.

This weapon system was created in particular to rain “hell on Earth” with these tactical nuclear warheads. And back in the late Soviet era, they were based on the country’s Western borders as another tool of nuclear deterrence.

The Pion artillery system uses the biggest artillery projectiles in the world and sends them up to 50 kilometres beyond the frontline. Its ammunition includes shells with various charges.

The main ones are considered to be the high-explosive and active-rocket ones. The first ones weigh as much as 110 kg with 17,8 kg of explosive materials. The resulting explosion can leave a five-meter crater in the ground.

The latter ones weigh a little bit less - 103 kg with 13,8 kg of explosives. And yet, they hit targets further away and much more precisely, compared to standard shells. This active-rocket ammunition received a laser navigation system in late 1980s and, as mentioned by former ‘Izvestia’ newspaper military analyst, Dmitry Safonov, passed a number of modifications to match the 21st century’s precise weapon standards.

“These are expensive charges used only for precise shots, when armies need to eliminate enemies’ command centres, arsenals or any other military structure of high importance. In cases when your military command knows that there are high-security targets or any other underground facilities, the Pion may use concrete-breaking or even nuclear ammo,” according to Safonov.

When and Why Russia created the ‘Pion’ 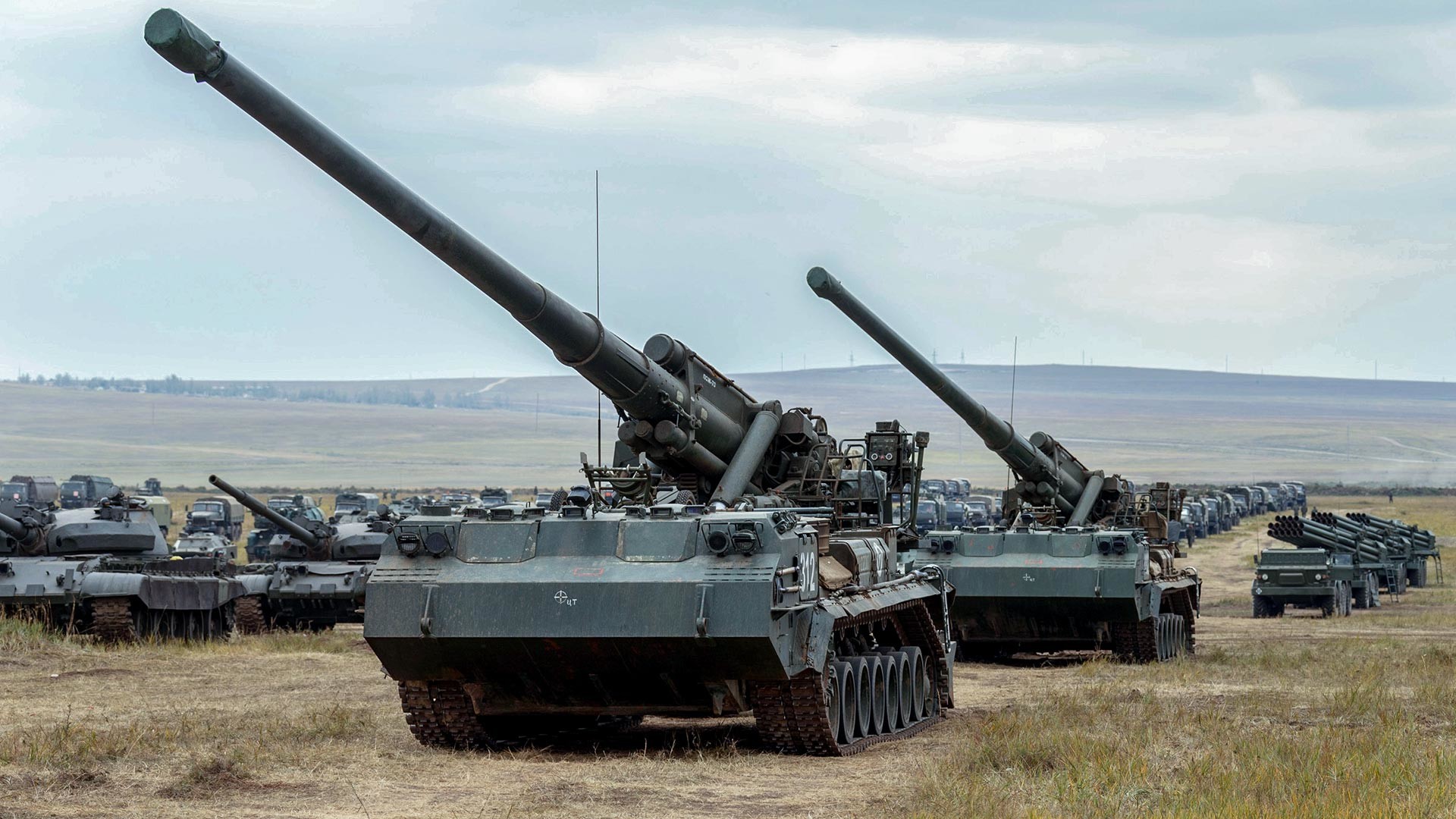 According to editor-in-chief of ‘Homeland Arsenal’ magazine Viktor Murahovsky, Russia decided to “reincarnate” these metal monsters in the wake of the worst economic crisis, due to the recent changes in U.S. military doctrine, thus allowing Washington to use “low power” nuclear charges in battle conflicts around the globe.

“These ‘low powered’ charges are a part of tactical nuclear arsenals. These weapon technologies were used in the middle of the 20th century, yet were abandoned after military tests, as they posed threats not only to enemy targets, but were also devastating to the army using them. Nowadays, Washington has decided to allow its militaries to use such systems in conflicts abroad and Russia’s military command has had to react to these changes and has ‘reincarnated’ some of the ‘tactical nuclear deterrence’ projects,” Murahovsky says.

According to him, the U.S. has an analogue to the ‘Pion’. The system is dubbed ‘Atomic Annie’ and the Russian system was created to match the American monster’s capacities on the field.

“What's interesting is that neither of these two systems were ever used on the battlefield. Ten years after its creation, the ‘Pion’ was then stored in arsenals for nearly 20 years, until it was decided to upgrade the system and put it back into business to match possible threats,” Murahovsky notes.

By the end of the Soviet era, engineers created as many as 500 ‘Pion’ artillery systems for the military. It’s possible that all of them will be modernized in coming years and be reintroduced into the military ranks.