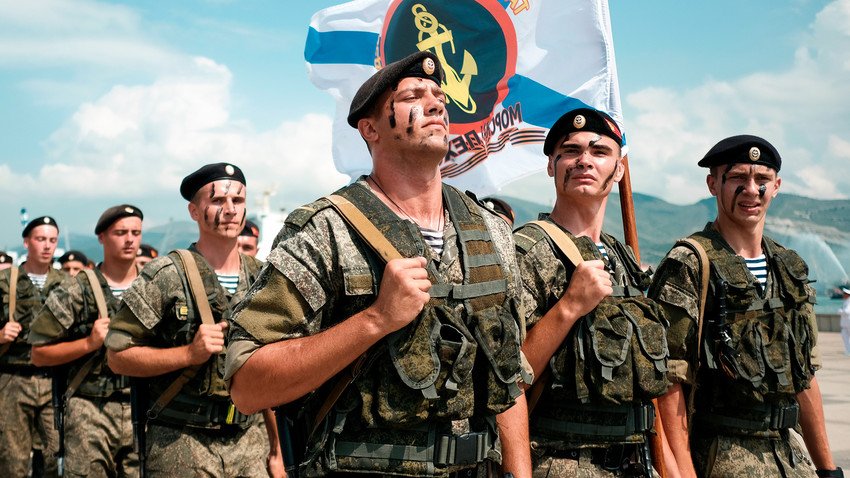 Nikolay Khizhnyak/Sputnik
Many times these Russian elite troops proved their importance and efficiency in battle. The best of the best, they were not, however, always valued by the military leadership as they are today.

Marines first appeared in Russia in the early 18th century, during the long and devastating Great Northern War (1700-1721) against Sweden. On Nov. 27, 1704, Tsar Peter I ordered the establishment of “regiments of naval soldiers” to serve in the newly created Baltic Sea squadron. 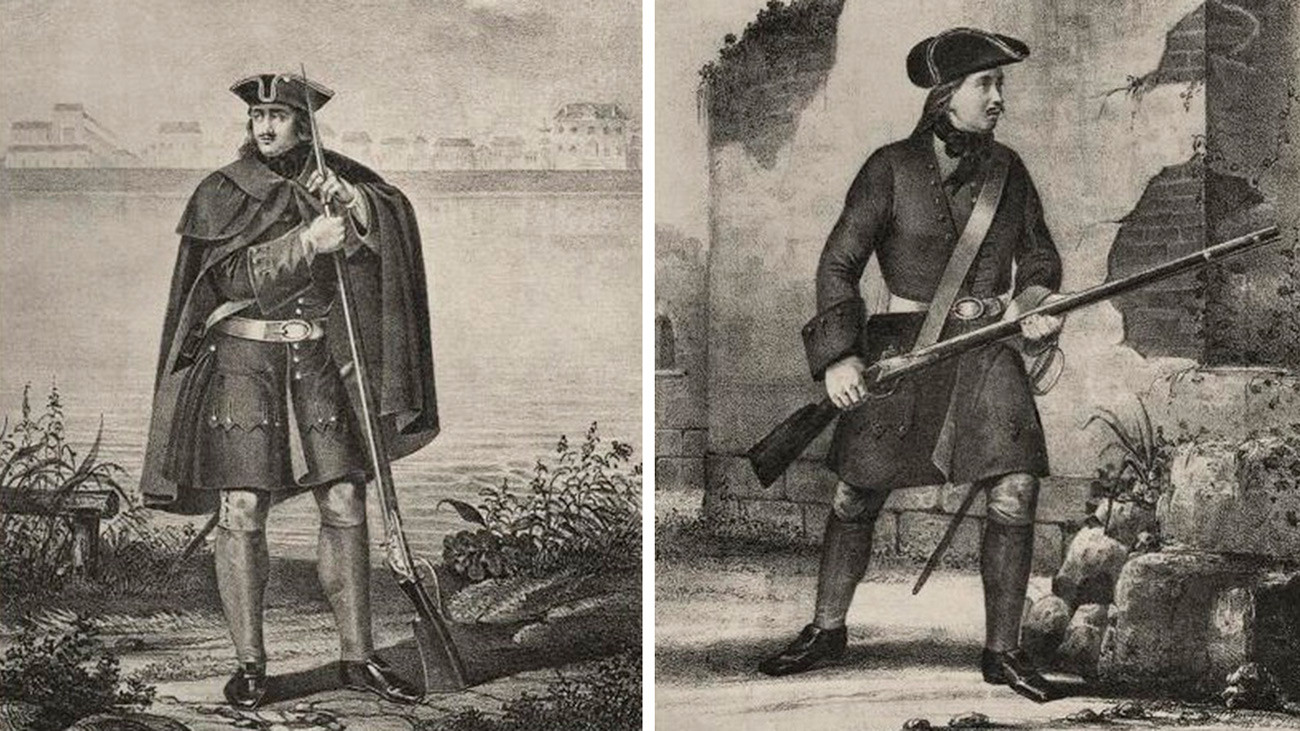 “Naval soldiers” were chosen from among the best of the best from the Preobrazhensky and Semenovsky guards regiments. Instantly dragged into clashes against the Swedes, they had their finest hour on Aug. 7, 1714, when during the Battle of Gangut they assaulted and captured one of the largest Swedish warships - the pram Elefanten (Elephant). 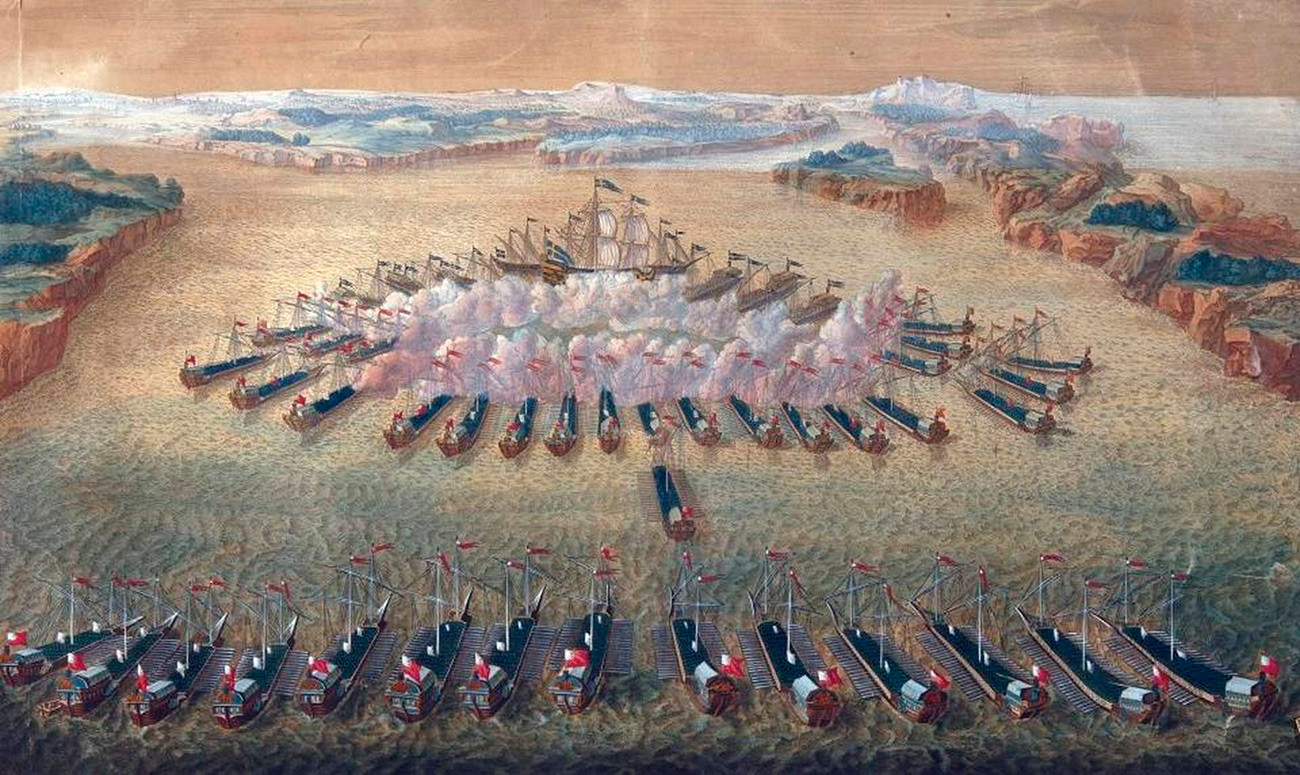 In 1785, Russian “naval soldier” regiments were established on the Balck Sea. Just five years later they distinguished themselves during the siege of the impregnable fortress of Izmail during the Russo-Turkish War (1787–1792). 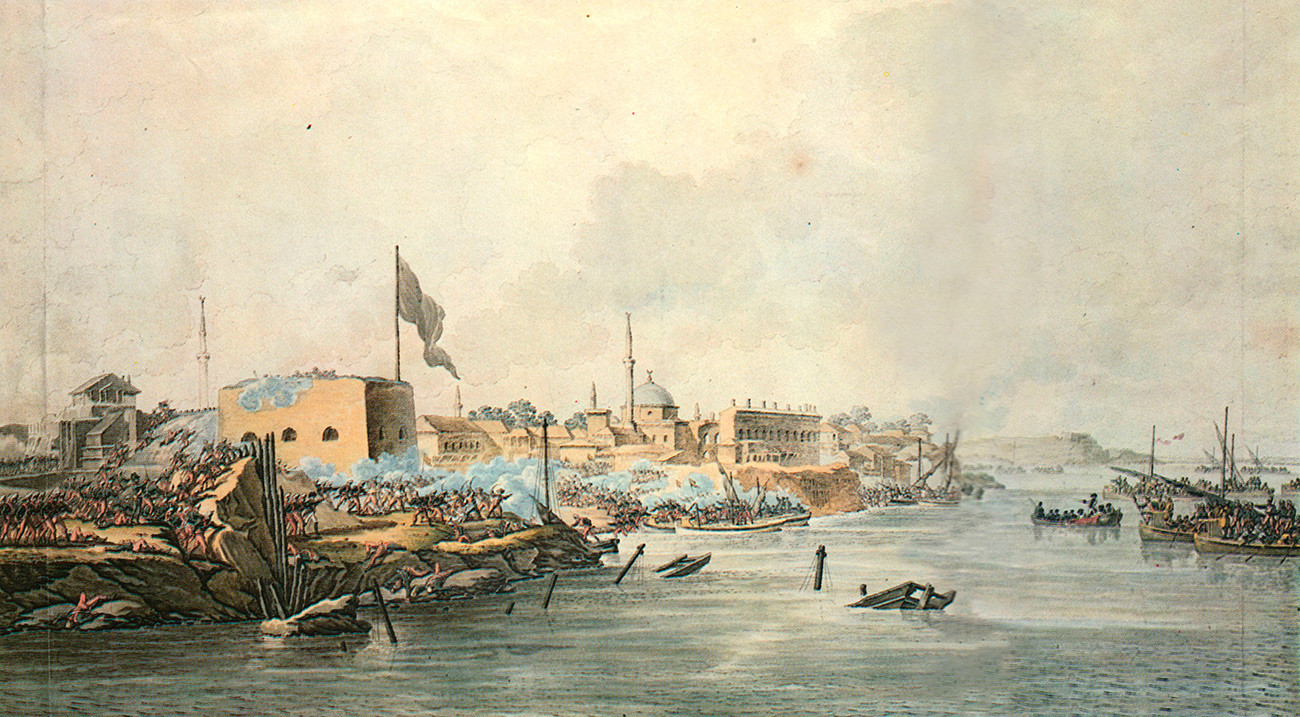 A bright page in the history of the Russian Marines was the siege of Corfu in 1798-1799 during the War of the Second Coalition. It was a rare episode when the Russian and Ottoman Empires acted as allies. Only 31 “naval soldiers” were lost during the assault on Vido Island - a key point in the defense of Corfu. The rapid and effective strike ended with the French garrison losing 200 men and 402 taken prisoner. After the capture of Vido, Corfu was doomed and capitulated soon after. 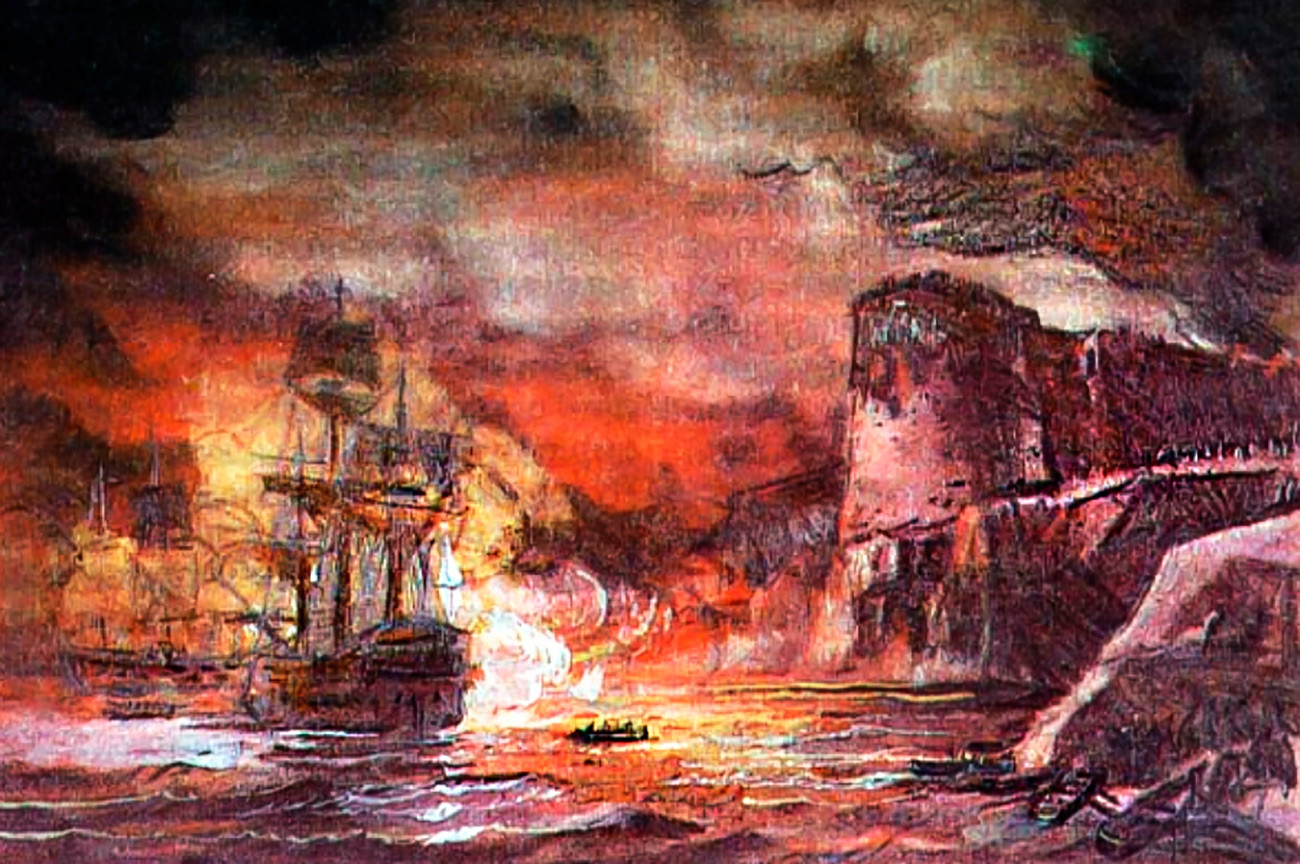 Although the Marines for centuries had proved their efficiency, in the early 19th century the Russian military leadership decided that the Armed Forces did not need them as a separate branch anymore. It was believed that armed warship crews and Cossacks could do their job instead. In 1811, the Marine regiments were incorporated into the land troops. Until they were restored in 1911, there was no place for naval infantry among the ranks of the Russian military. 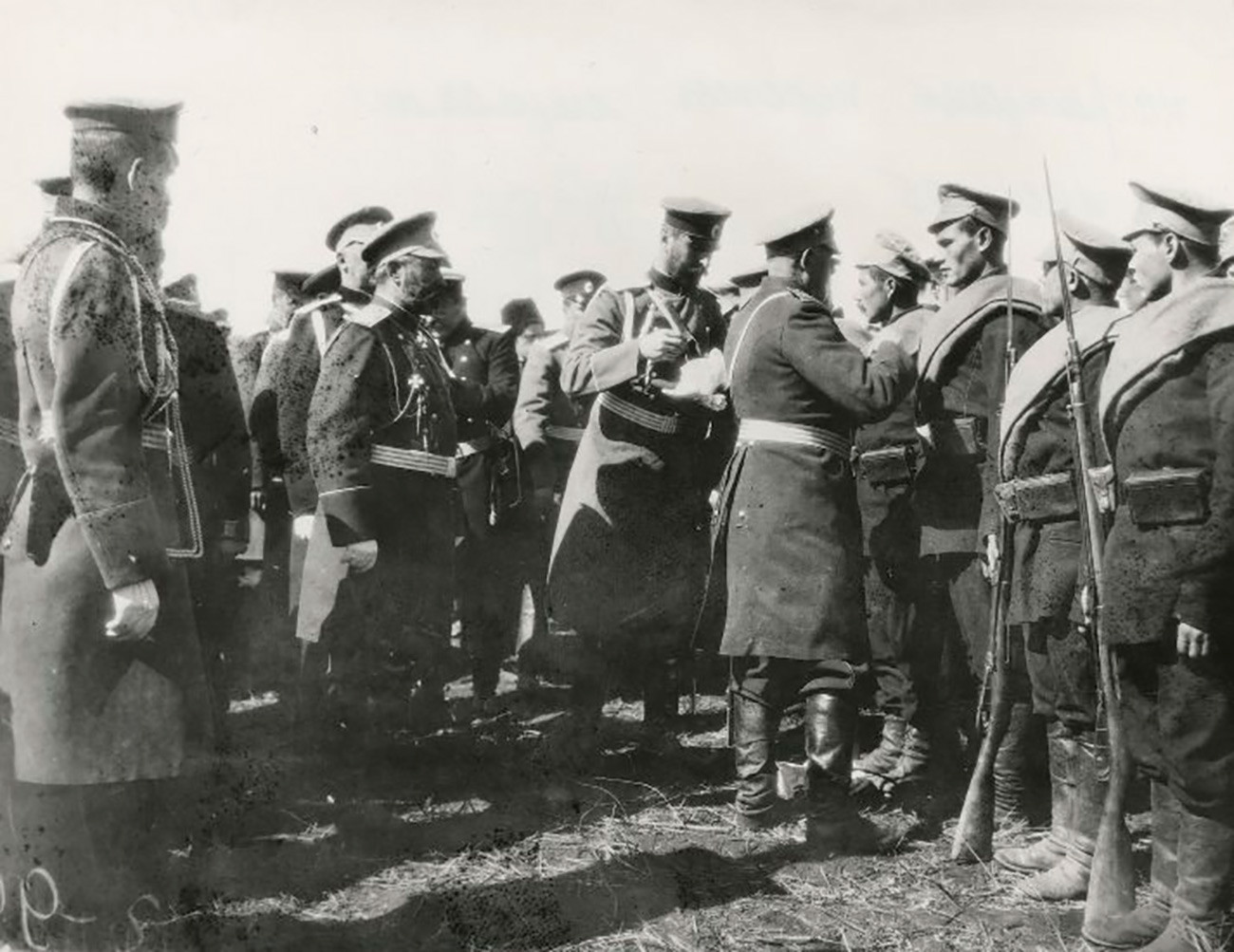 During World War I Russian Marines actively fought on the Baltic and Black Seas. They were used especially actively against the Ottoman Empire. Established in 1916, the Black Sea Naval Division was intended to take part in the major landing operation near Istanbul. However, the 1917 Revolution put the kibosh on this ambitious plan. 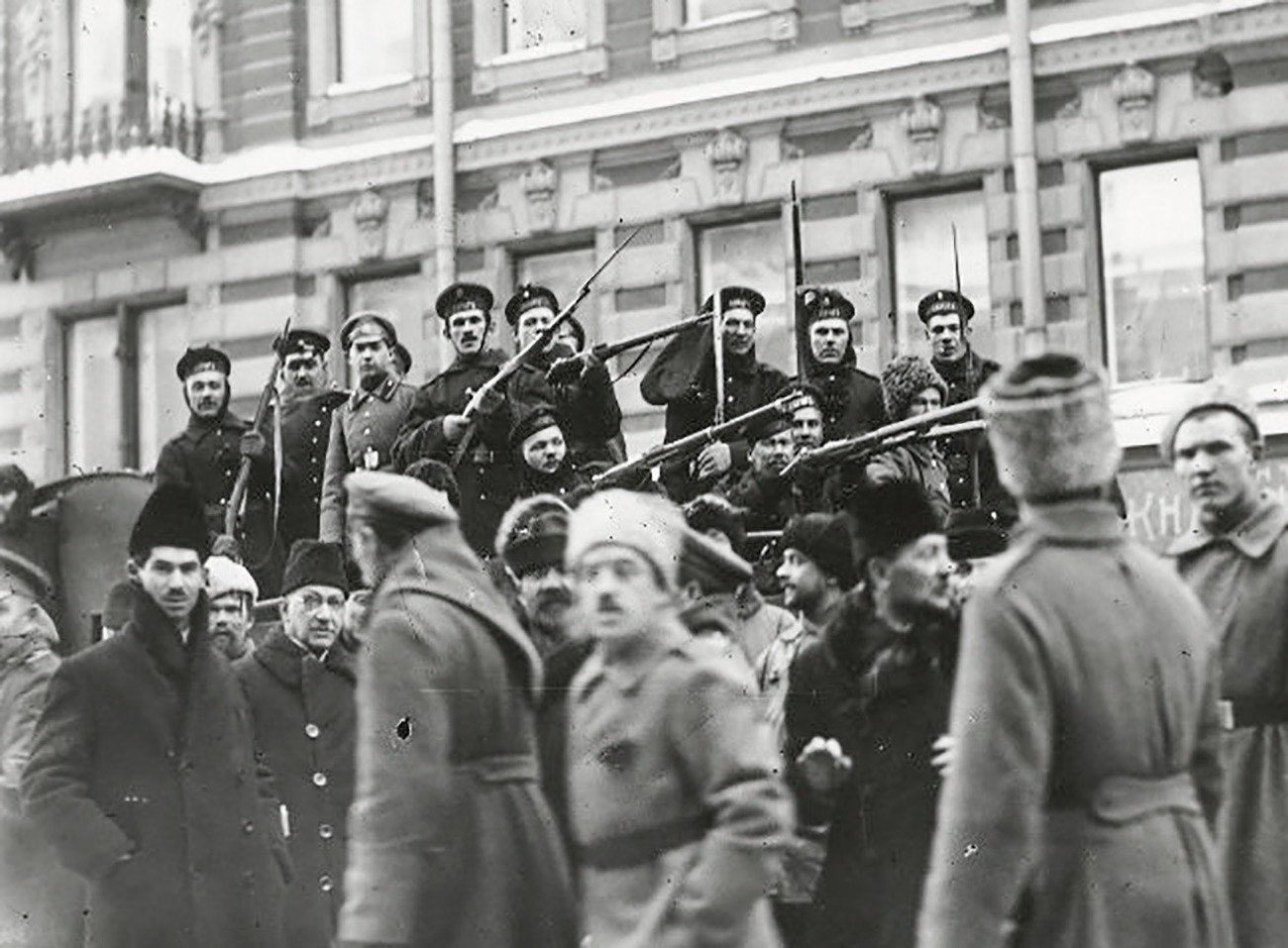 Among all the wars and conflicts that Russia took part in during its history, it was World War II which glorified the name of these troops. Over 200,000 Soviet Marines defended naval bases and important coastal cities such as Tallinn, Odessa, Leningrad and Sevastopol, took part in landing operations, and supported counter-attacks, and later offensives, by the Red Army. 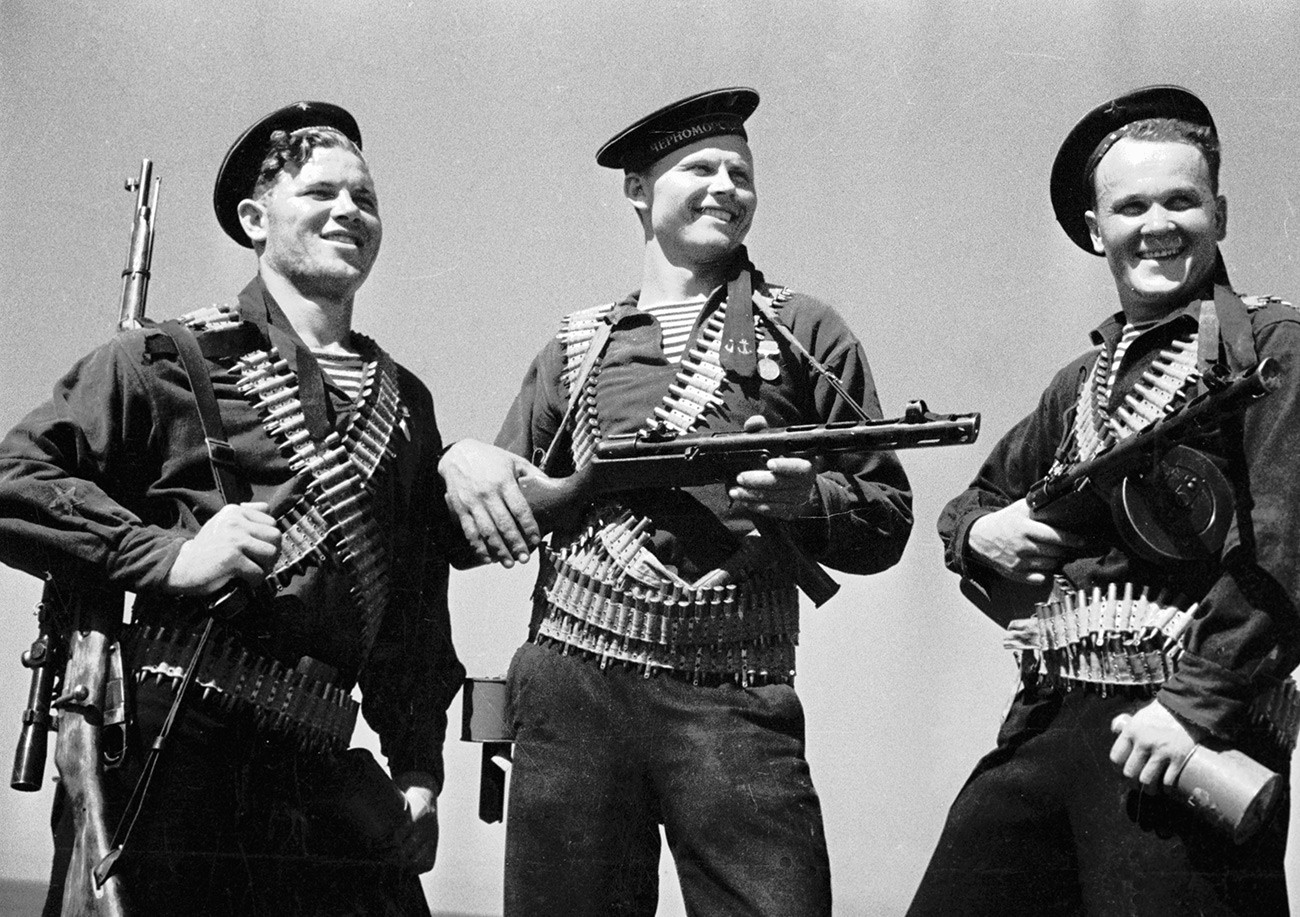 During their major and small-size operations, the Marines always dealt the Germans and Japanese a rapid and effective blow, spreading chaos and terror among the enemy. In December 1941, 56 Marines landed near occupied Evpatoria in Crimea. They destroyed the police station, one German aircraft at the local airfield, and several enemy ships and boats in the port, liberated 120 POWs, and successfully returned home. 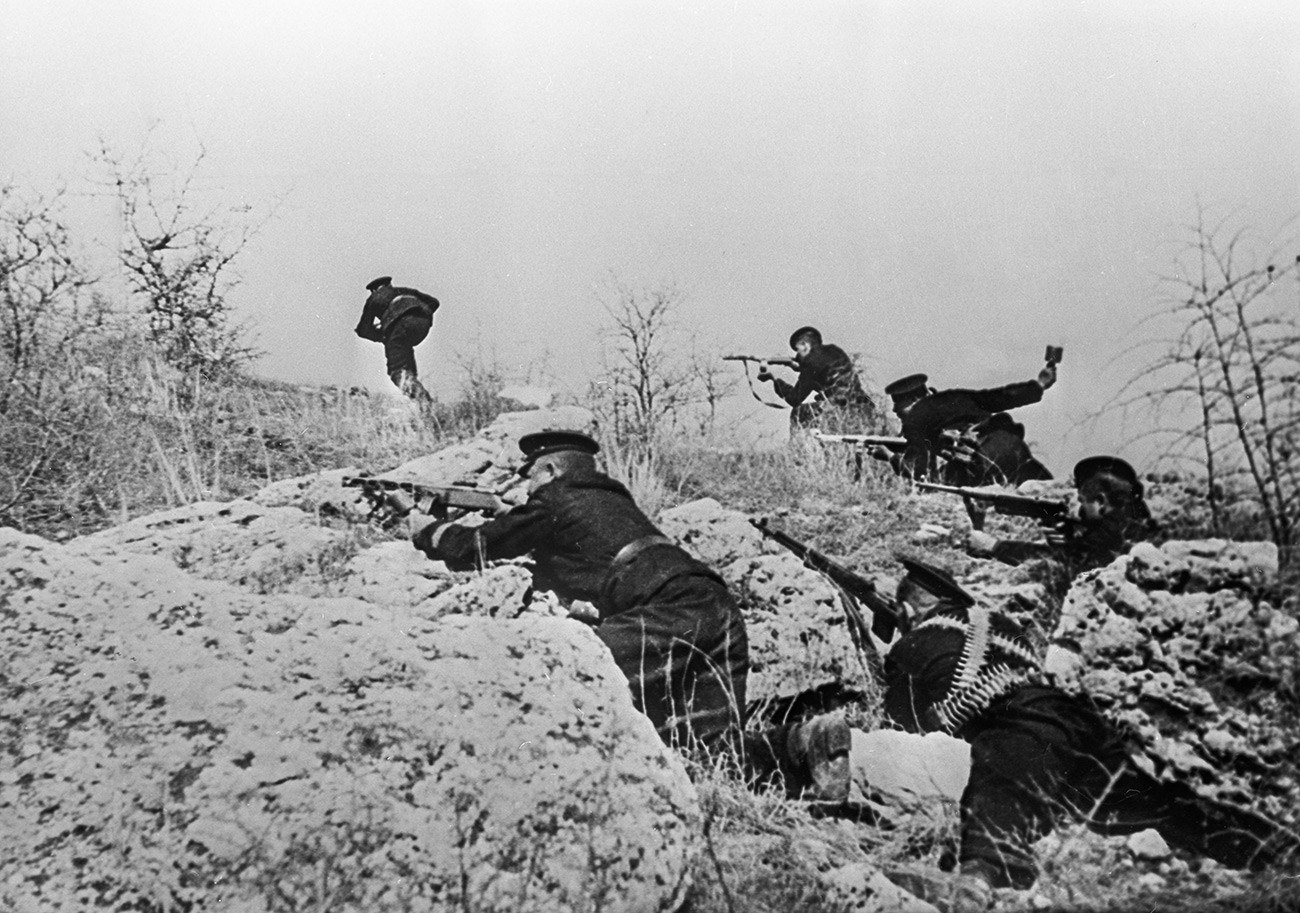 The black-uniformed elite troops were easily distinguished from regular soldiers. Nicknamed the “Black Death” by the Germans, they were often praised by the enemy for their firmness, heroism and readiness to stand to the death. Once, a surrounded small unit of 13 Marines held its position for a week. When the hope for a breakthrough was finally lost, Commander Ulyan Latyshev radioed HQ: “We will blow ourselves up with grenades. Farewell!!” 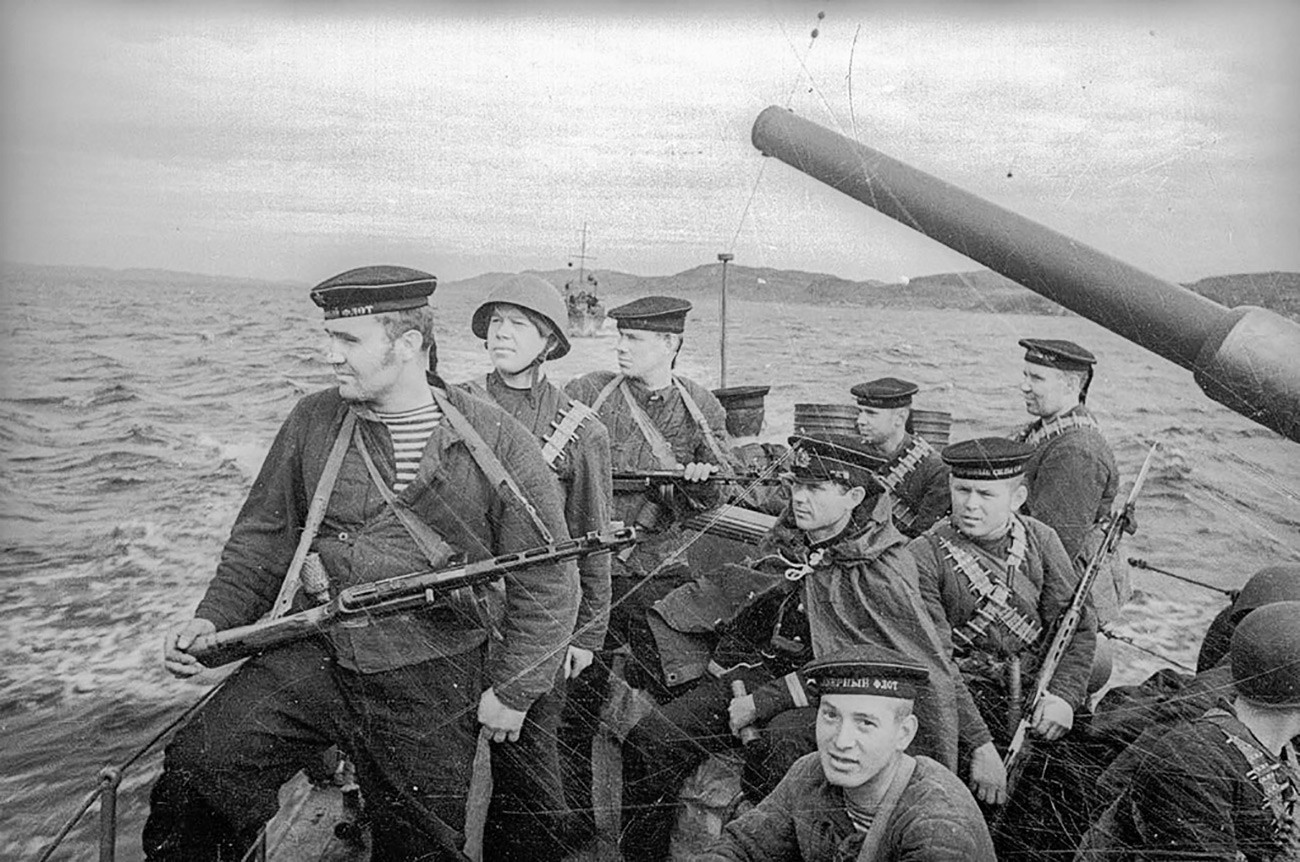 Soon after the war was over, the Soviet military leadership decided that there was no place for naval infantry in the new nuclear era. By 1956 all Marine units had been disbanded. This time, however, the generals did not need a century to realize their mistake. Just seven years later, in 1963, the Marines were restored. 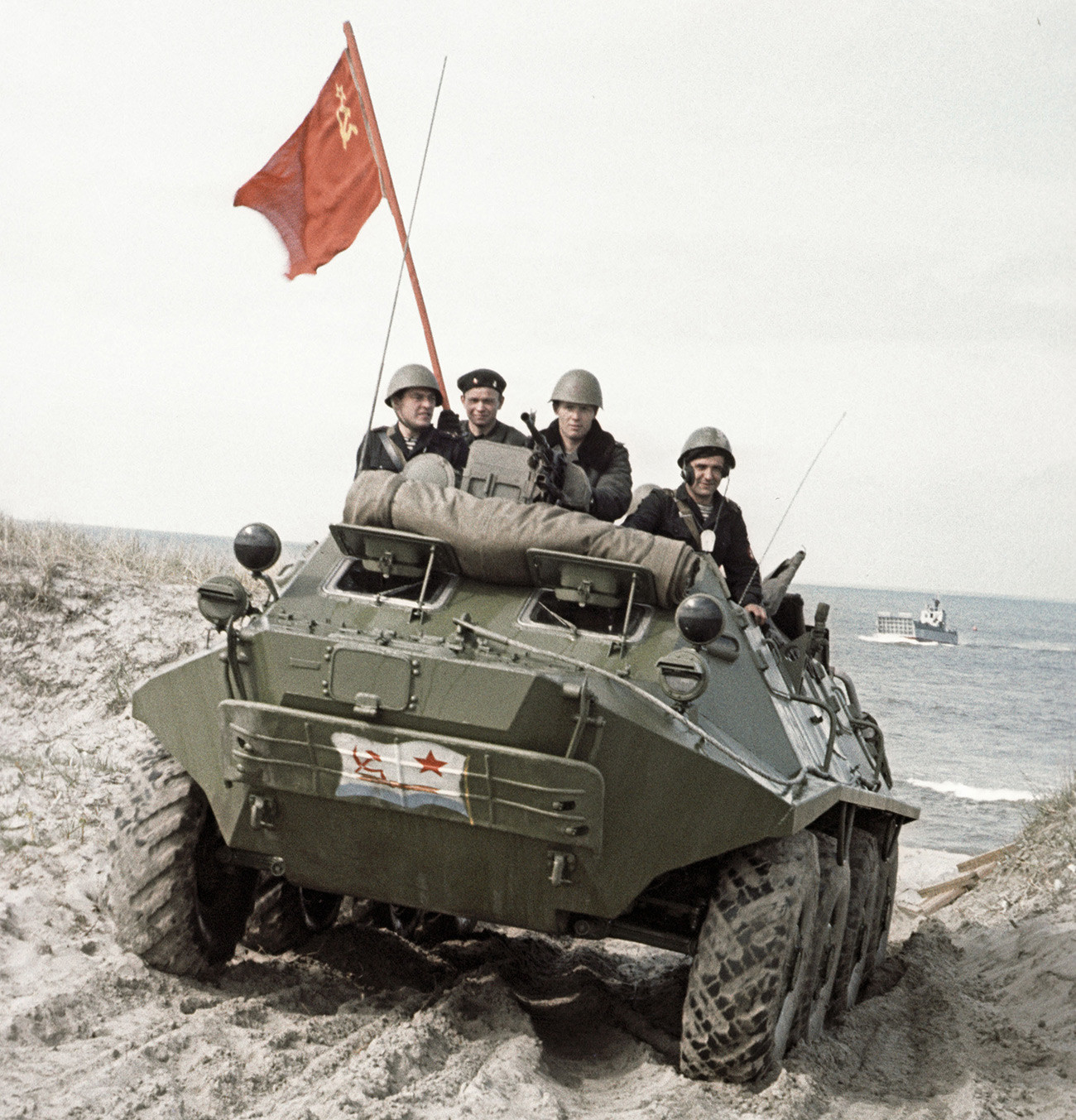 The history of the Marines’ post-war operations remains mainly classified. It is known that they were sent to Syria in 1967 during the Six-Day War, ready to engage in combat against the advancing Israeli troops. However, the end of hostilities prevented this from happening. 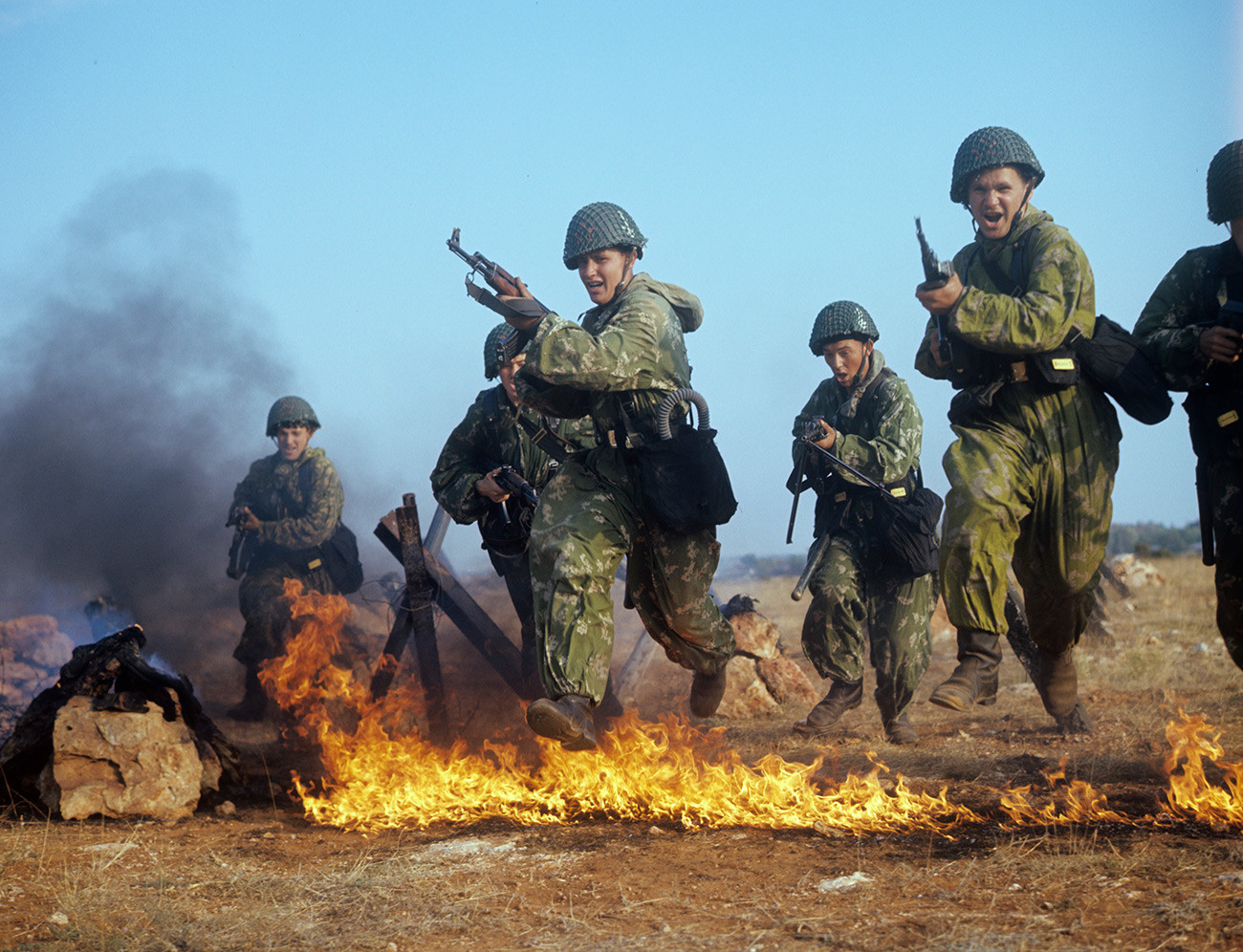 Today the Marines are known for their operations against Somali pirates. On May 6, 2010, they liberated the captured tanker Moskovsky Universitet (Moscow University). What’s more, they made a return to Syria, where they guard Russia’s Khmeimim Air Base near Latakia and naval facility in Tartus. 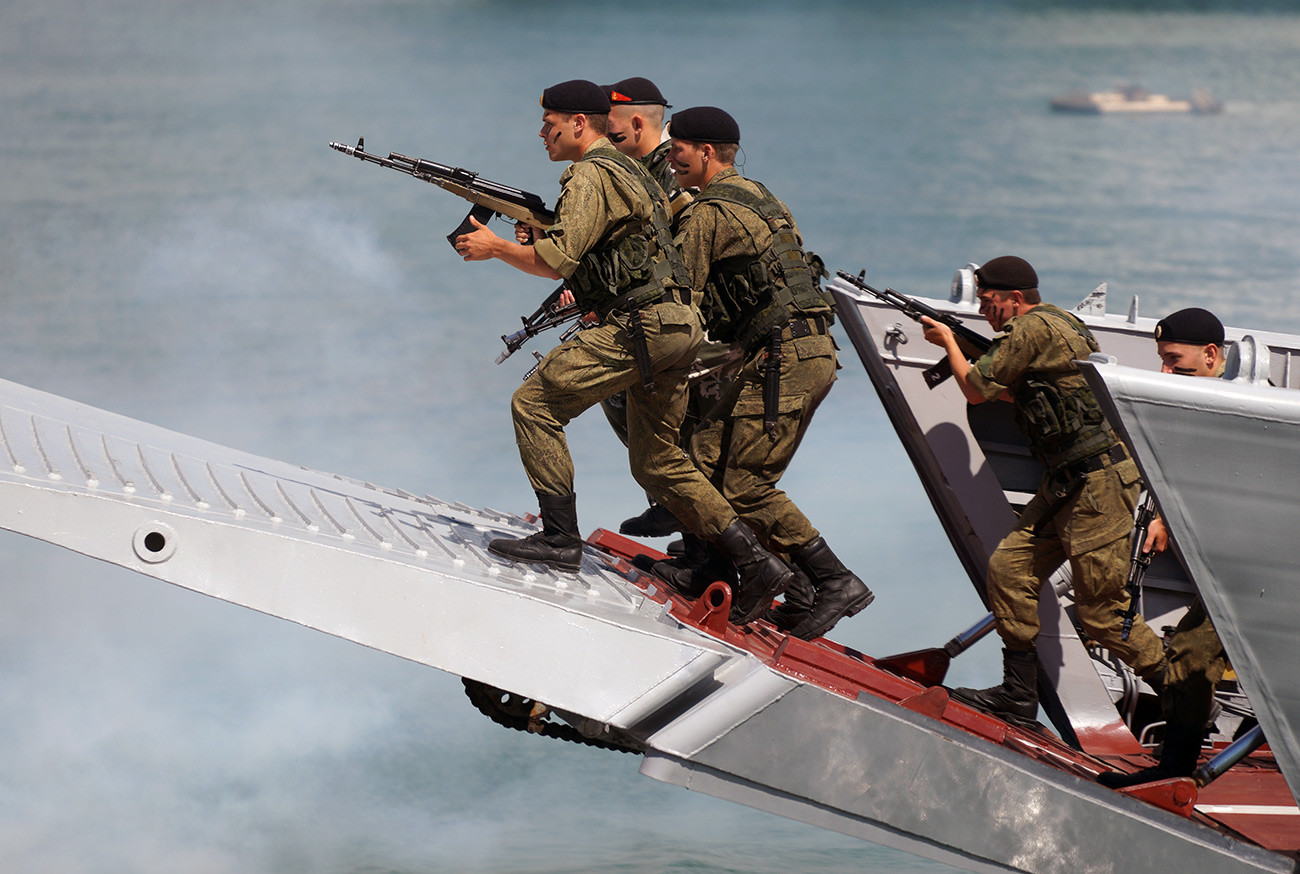