Who are the voices behind the cartoon character ‘Masha’ in Masha and the Bear? (PHOTOS) 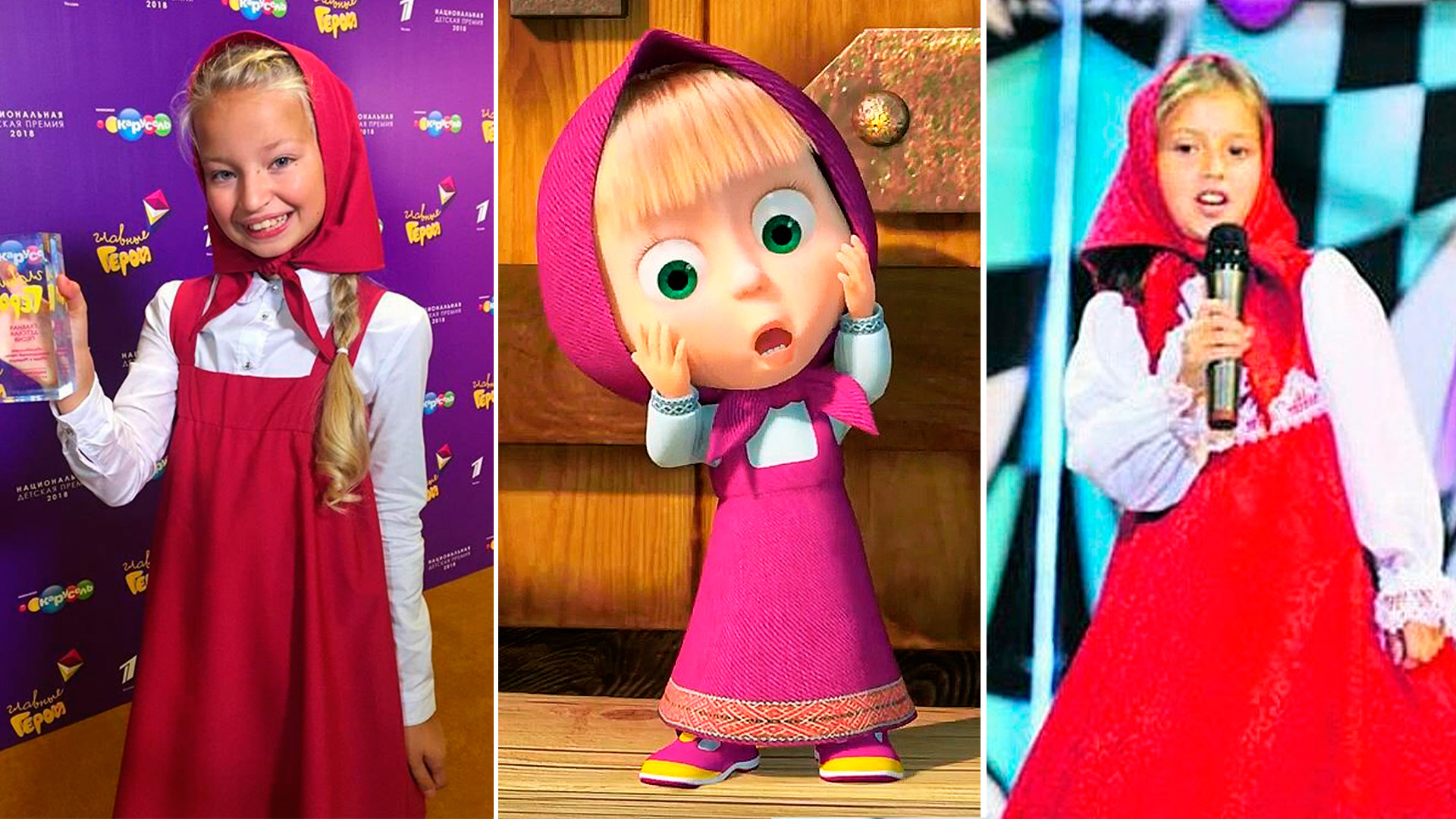 @sarantseva_varya;@alina.kukushkina1;Oleg Kuzovkov/Animaccord, 2009
One of the two actresses that voiced Masha is now a university student studying PR, while the other has her own YouTube channel. Here is what we know about the official voices of the famous Russian animated series.

“I didn’t expect it to be a proper job and that I would be paid for it!” is how Alina Kukushkina recalls her many years of work for Animaccord, the studio involved in the production of the animated series Masha and the Bear.

“About once a month, my mother and I would go to the studio, I would say some phrases into the microphone and sometimes sing, and then I would hear myself on television. As a child, I was just brought in to be mischievous and play with some new things, nothing more.” 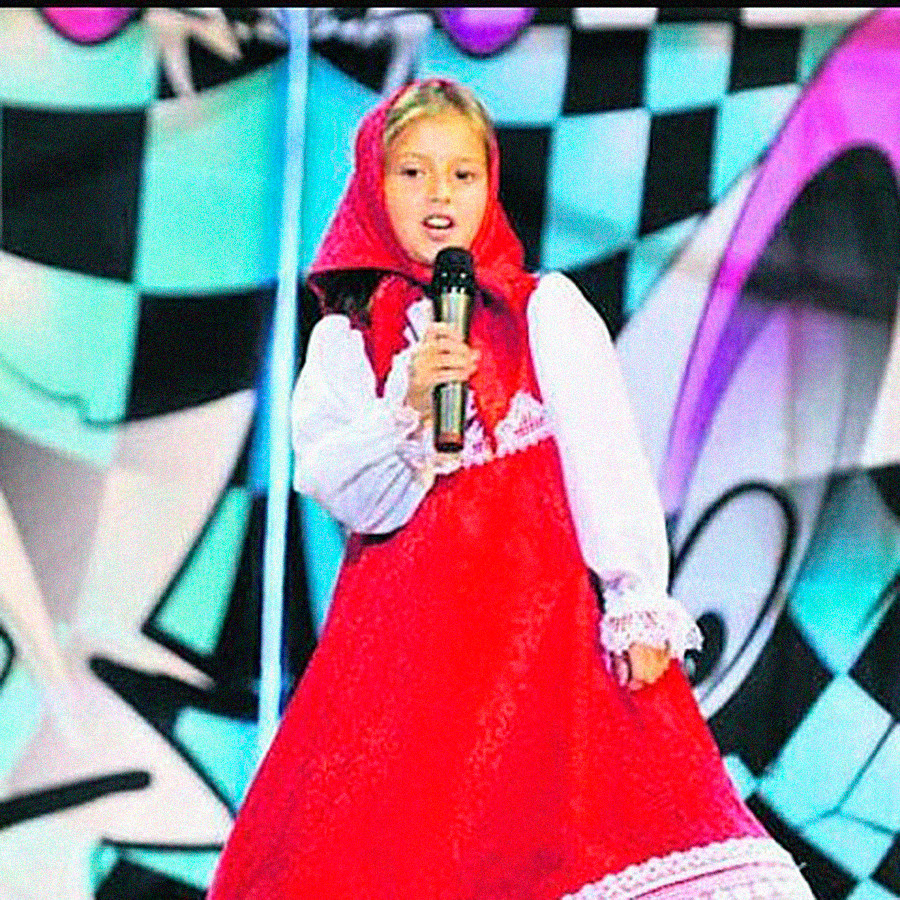 According to Alina, she auditioned at the age of six - her mother, who worked for an advertising agency, brought her in. At the audition, she was asked to voice a few phrases from the first series and a few months later she was invited to be the official voice of Masha. 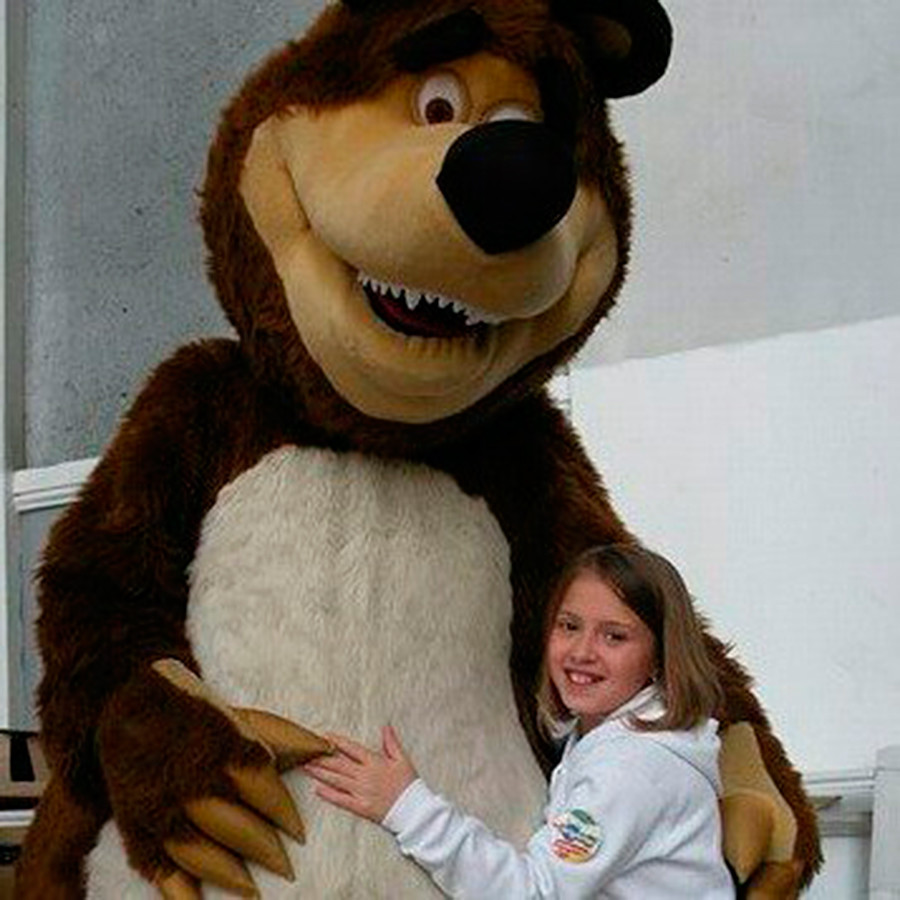 “I never went to music school and no-one trained my voice, so initially it was difficult to sing, mainly for psychological reasons. Fortunately, the musicians just showed me how to do it and I simply copied their intonation and tonality, and that is how we did the recordings,” says Alina.

The sound recordings for each episode rarely took more than an hour and a half. In her free time, Alina did needlework and attended swimming classes.

As she approached 13, her voice began to change, so the studio started looking for a new voice actress to voice Masha. 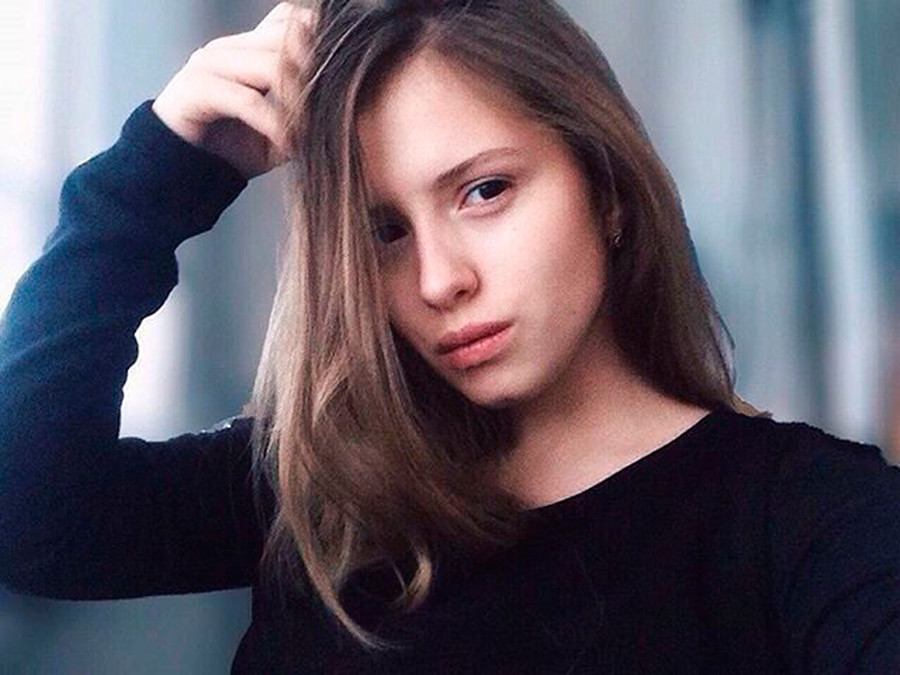 “It was hard when we were recording the last episode. Everyone was crying - myself, the director, my mum who was there and the assistants. It was a difficult moment for all of us because it was the end of an era,” Kukushkina recalls with sadness in her voice. 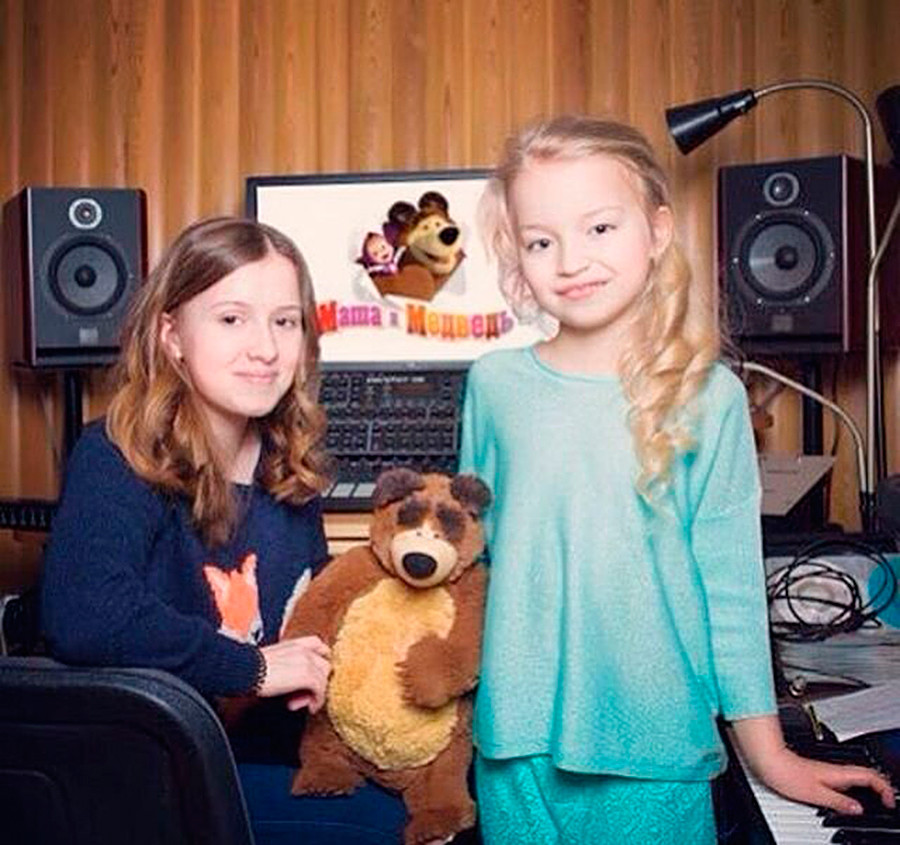 Still, Alina remained with the studio, working as a voice-over director and helping the “new” Masha to master the profession. In addition, she voices Dasha, Masha’s elder sister. In her free time, Alina takes part in other projects - for example, she voiced Agnes from the American computer-animated comedy movie Despicable Me. 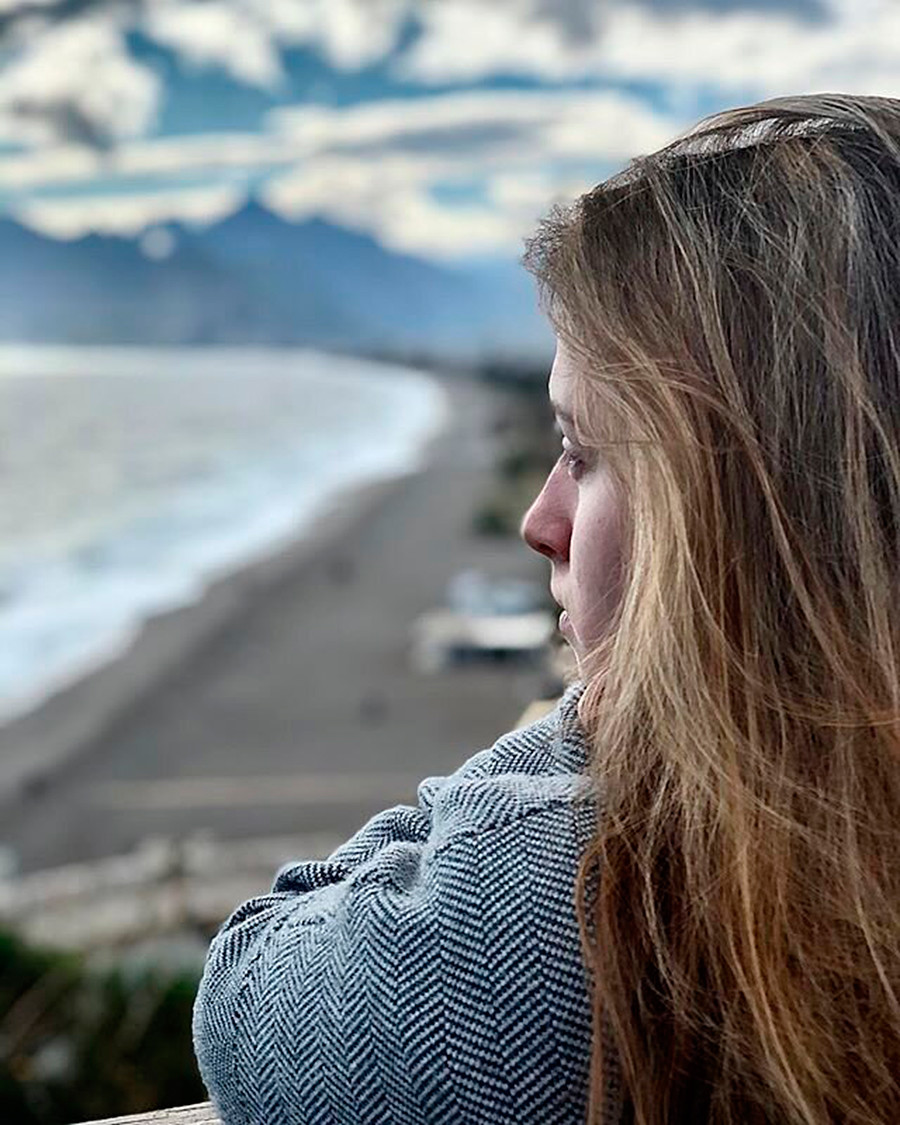 Alina Kukushkina is now 19 and studying “advertising and public relations” at the Russian Presidential Academy of National Economy and Public Administration (RANEPA). 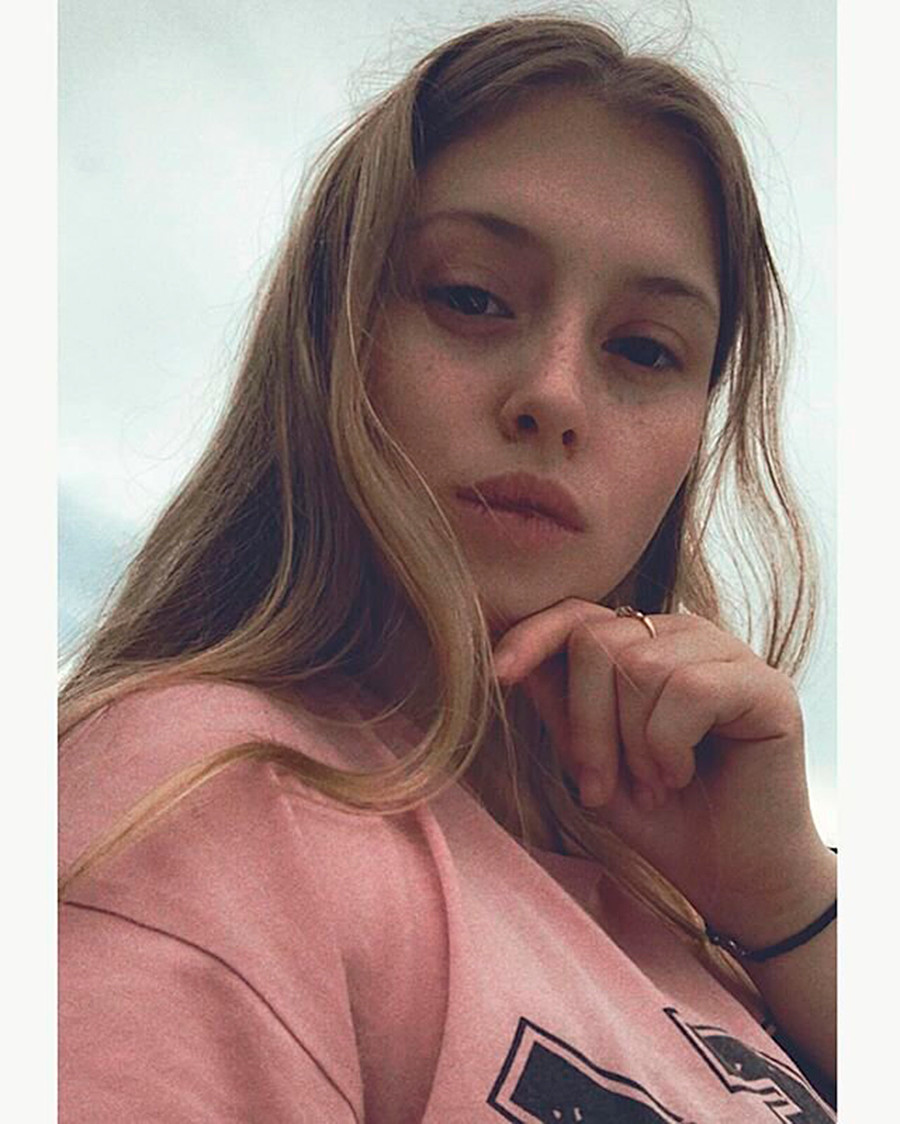 “I might attend voice-over classes for actors in the future. I want to continue to do voice-overs playing little girls who have a cheeky exterior but are sensitive inside - I am small myself, 150 cm tall, and that's probably why such roles suit me,” Kukushkina says. Still, Masha remains her favorite character and the song about jam will be her favorite for many more years to come.

In 2015, eight-year-old Varvara Sarantseva became the new official voice of Masha. She says she was informed that she was the new Masha a few days after the audition, and she “jumped right up to the ceiling for joy”. 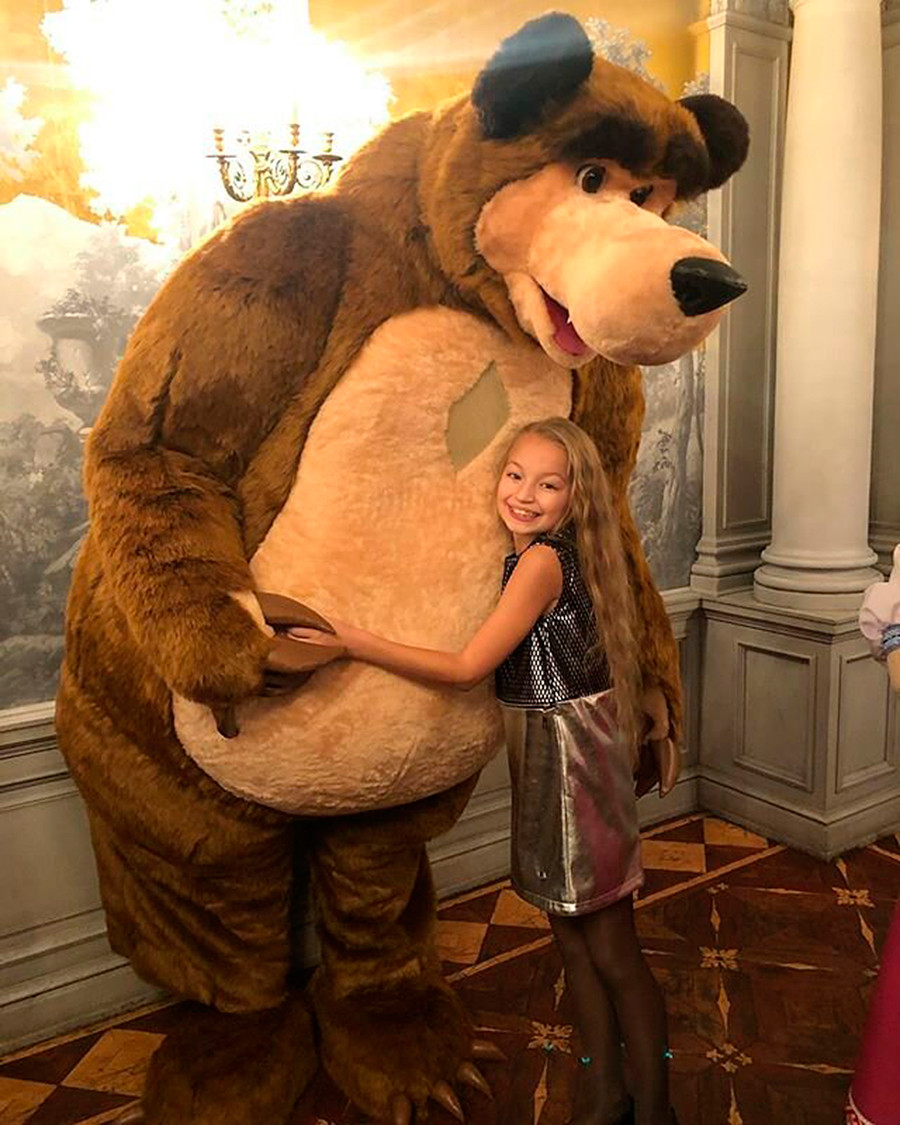 “When I first started voicing Masha I didn’t tell anyone at school. Only my best friend and that was it. But now, everyone knows. Sometimes girls like this (she indicates how tall they are) come up and ask for a photograph with me,” Varvara said in a 2016 interview. 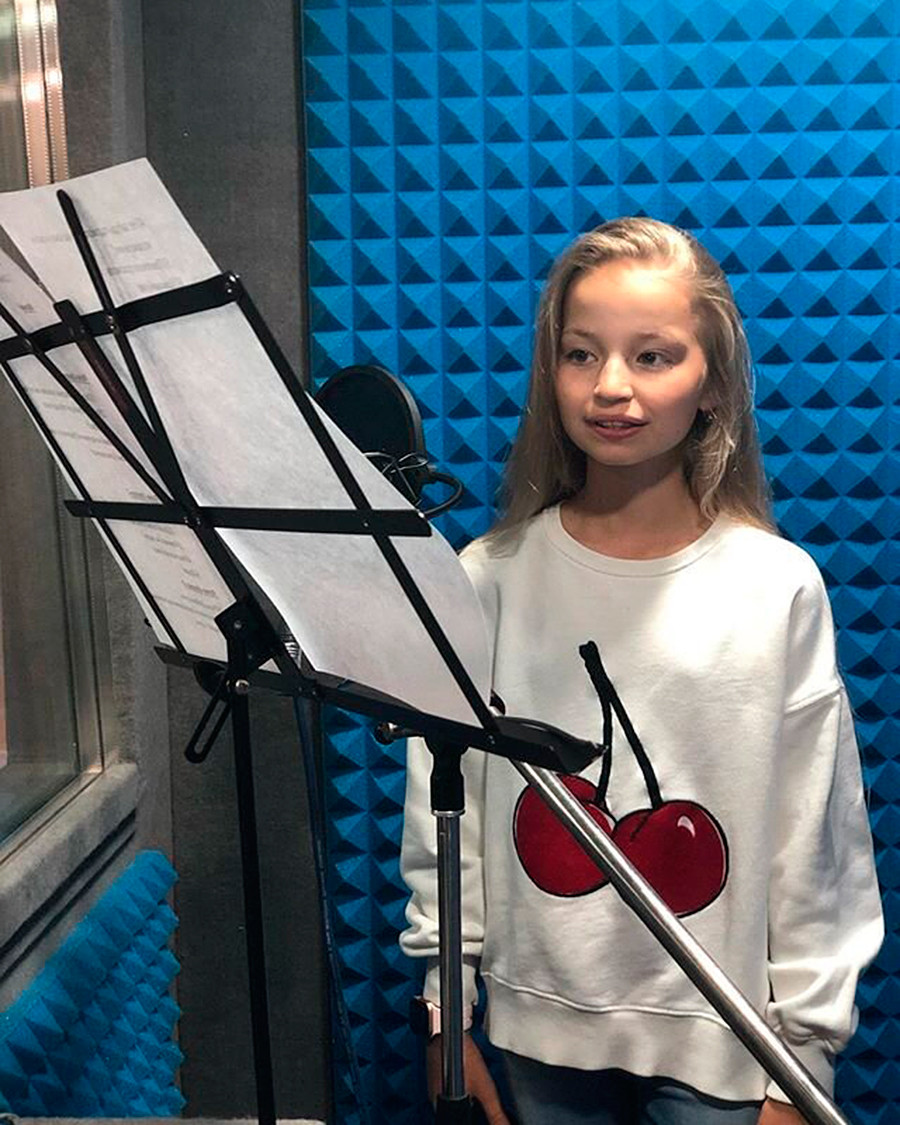 Nevertheless, she was initially shy and used to flip out when classmates asked when the next series was coming out and what was in it - Varya herself was not told about it. She even used to panic when someone asked her to say or sing something in Masha’s voice.

A little later, her fear passed and she appeared in a number of TV shows on Russian TV, where she was happy to sing and adopt the Masha character. 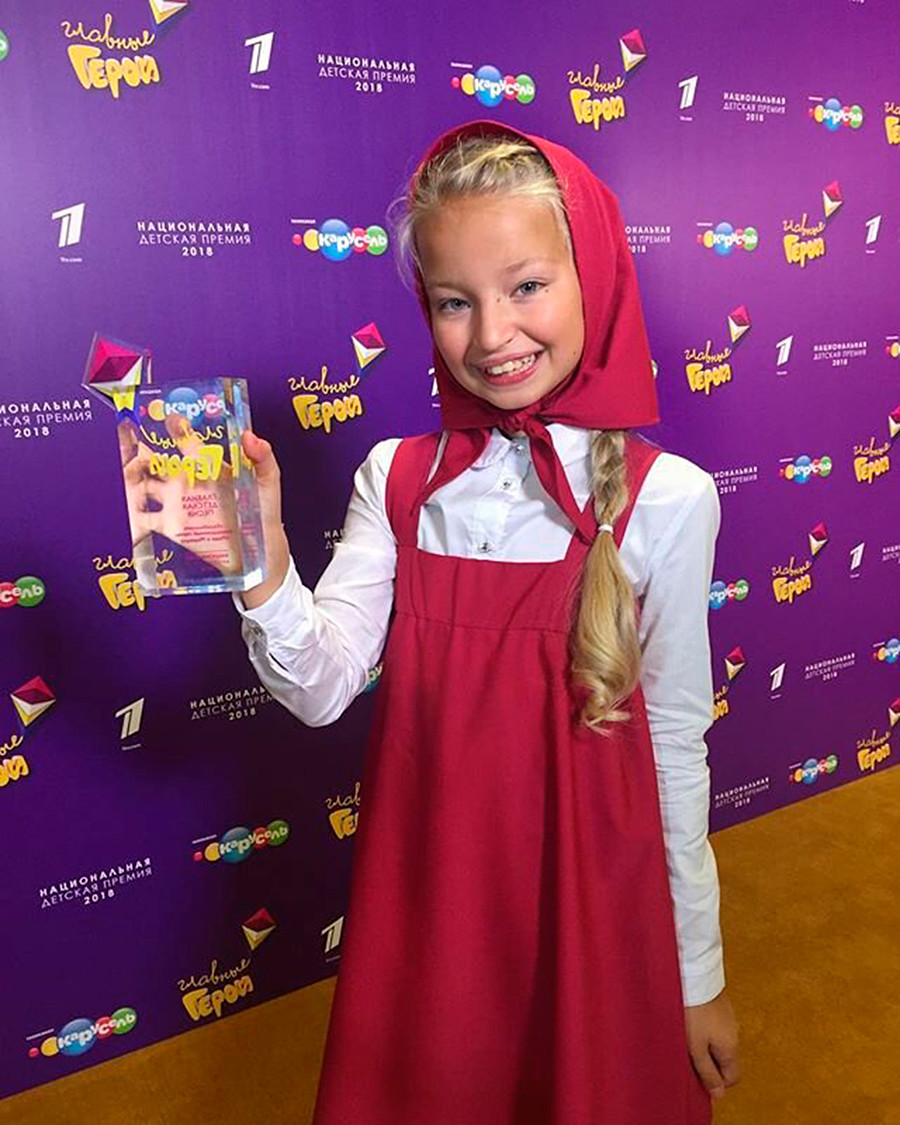 Apart from going to school, Varvara attends classes at the Children’s Musical Theatre for Young Actors in Moscow and also takes part in challenges on the Just Play channel on YouTube. 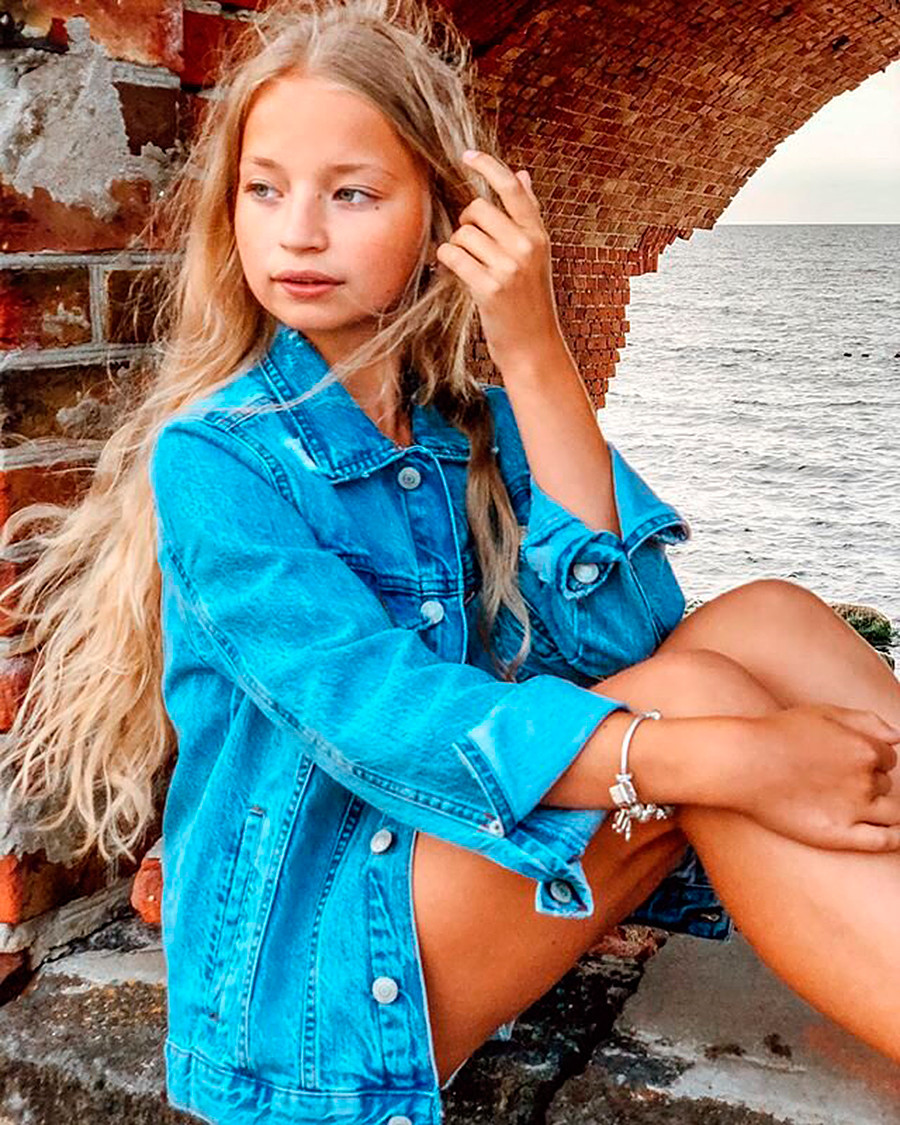 Today, 13-year-old Varvara dreams of becoming a cinema or theater actress and also a singer. She would also like to do voice-overs for Disney cartoon characters, and particularly Rapunzel. 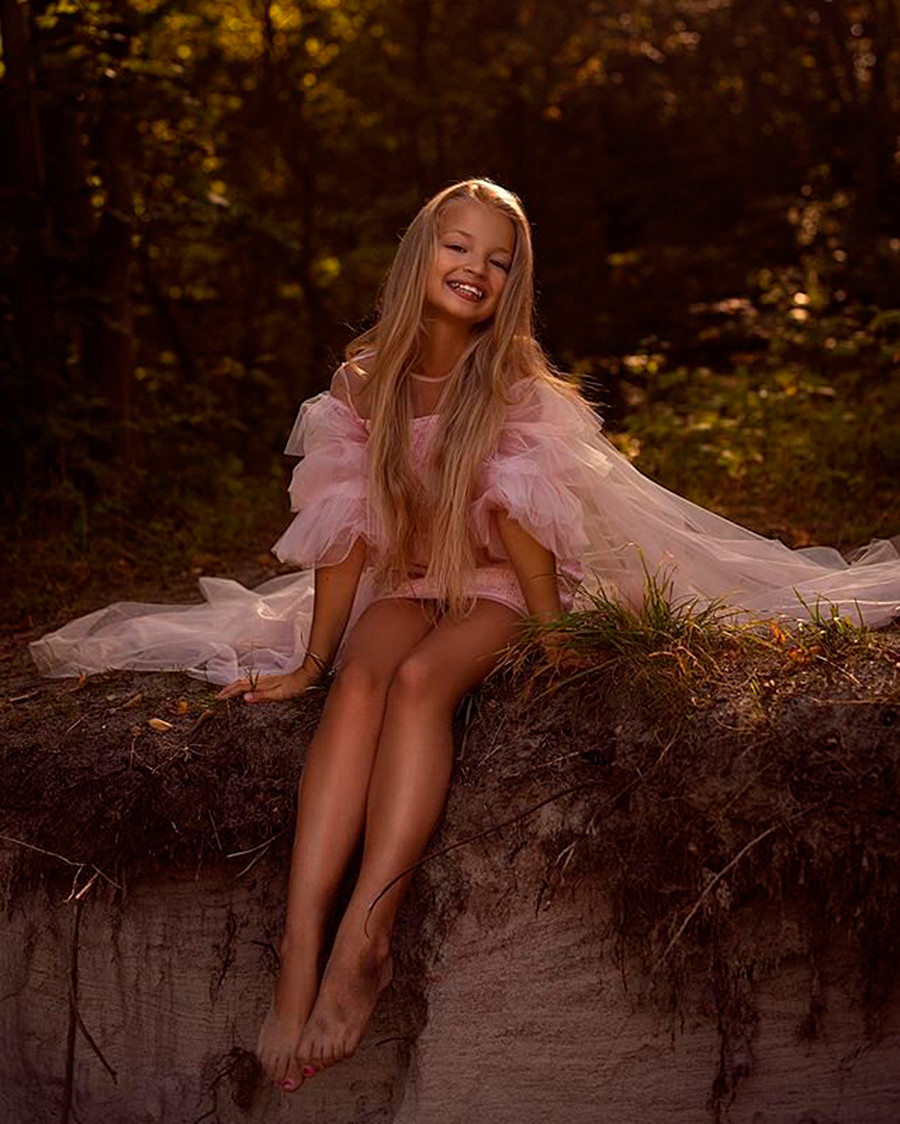