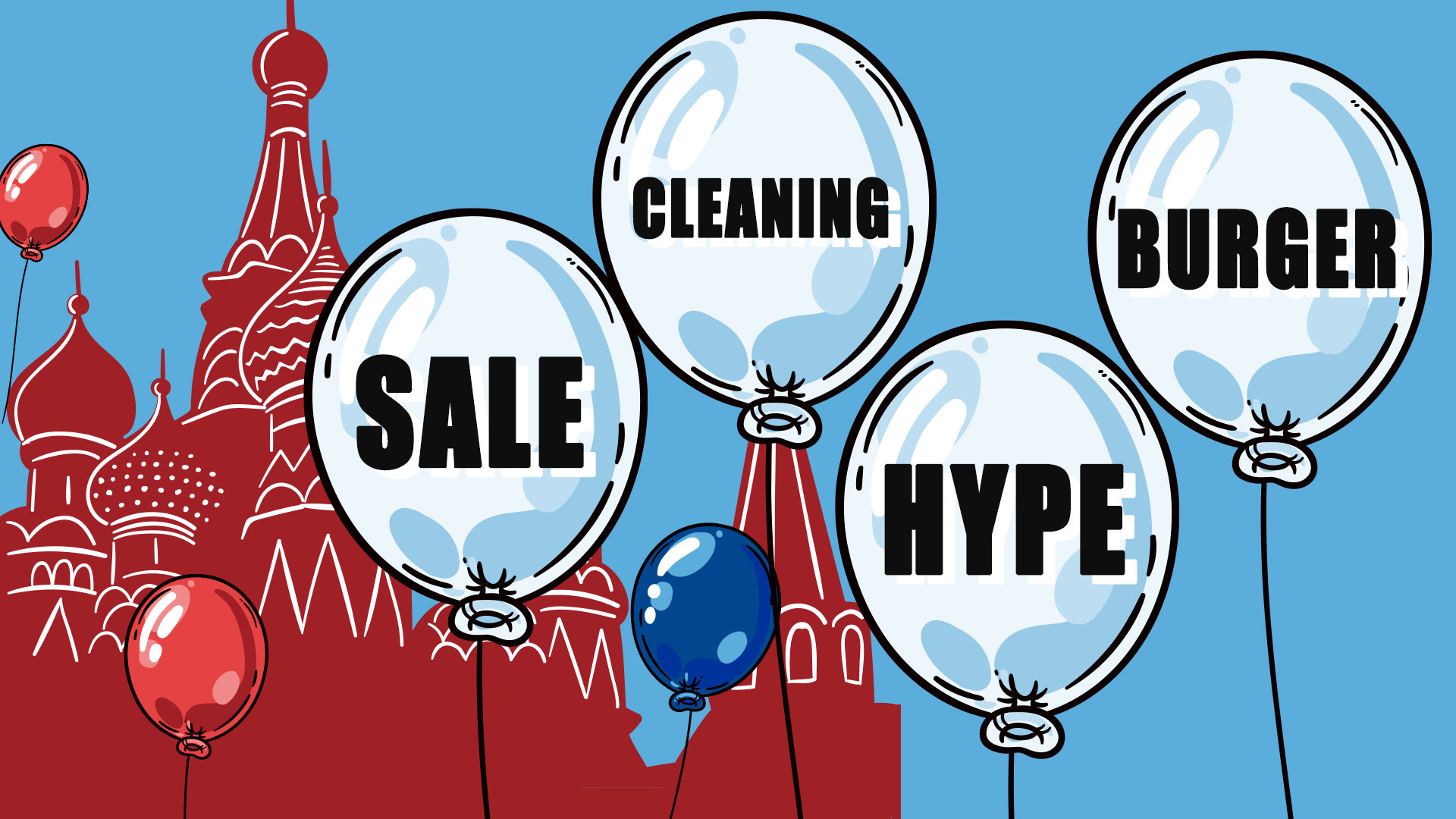 Russia Beyond, Freepik
There are whole online communities in Russia unhappy about the use of foreign words in Russian speech. How are they managing to remedy the situation?

A gaunt man in austere rectangular spectacles, sporting an unkempt beard and looking like a cross between an academic and a homeless person, strolls slowly down the street. Seeing a small grocery store, he walks in and goes straight up to two chattering store assistants.

“Do you have rye zhito? How much is it?”

“Zhito? What’s that?” They ask him with surprise.

“It means bread - it’s what it used to be called in Old Russia. And how much is a zemnyashka?”

“And what does zemnyashka mean?” The store assistants ask him again, still bewildered.

“It means potatoes. The old name was zemnyashka, because potatoes grow in the ground [Russian: ‘zemlya’],” the man explains.

For Kim Sushichev, a 36-year-old janitor with a degree in psychology, misunderstandings like this happen all the time. Almost every day for the past four years, Kim has been explaining to friends, family and passers-by that sereden is a shopping center, kazalnik is a television set, navar is the word for soup, zhizha means juice, etc. According to Sushichev, most people smile, but aren’t yet ready to start speaking Old Russian.

“Only my late grandmother to some extent agreed with my views,” he laments. 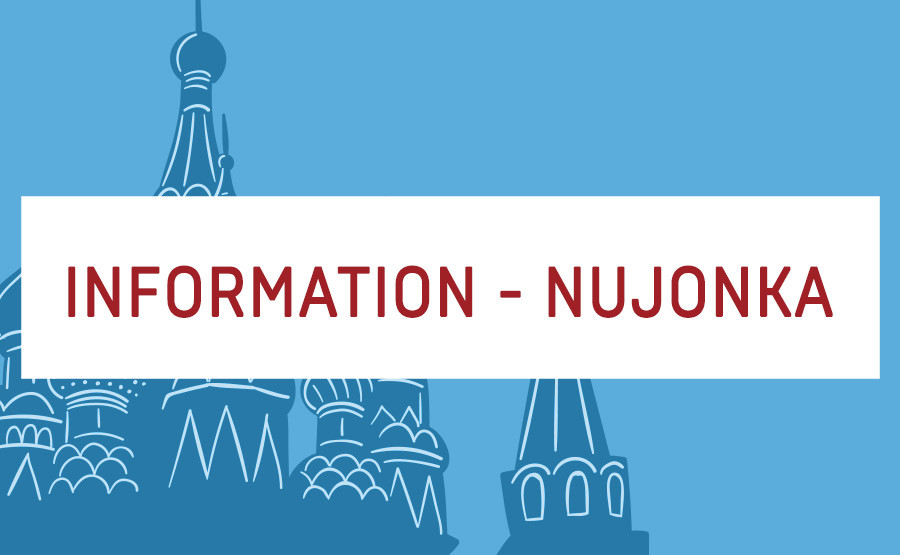 For four years now, Kim has been a member of the ‘Rodnorechie’ and ‘Chistorechie’ communities, which campaign against Anglicisms and words borrowed from other languages in Russian speech. Nobody has counted how many Anglicisms there are in the Russian language, but the average Russian encounters them every day: Russian clothing brands, cafés and restaurants use English in their names; ordinary office workers increasingly use words like pofiksit [to fix], riport [report] and riserch [research]; and on the internet almost every word, including messendzhr [messenger], follover [follower] or layk [like], is an Anglicism. Furthermore, every year new Anglicisms appear in youth slang and quickly enter everyday usage and pop culture, be it krash [crush, in the sense of infatuation], rofl [ROFL, abbreviation for “Rolling On Floor Laughing”] or fleks [flex, i.e. show off]. So how are these communities trying to counter all of this?

“At school age, I had a copy of the Explanatory Dictionary by Vladimir Dal. Reading the entries in it, I noticed that Russian synonyms help one to understand the meaning of a loanword better and quicker. That’s how I got interested in translating almost every loanword I came across and this allowed me to take in new information full of different scientific terminology more quickly. And Anglicisms became part of this hobby,” recalls,unemployed 27-year-old Leonid Marshev, one of the three administrators of the Chistorechie community.

In his opinion, to a Russian person, words like rasprodazha, otkloneniye and bezotkhodnik are much easier to understand than equivalents derived from English - seyl [sale], deviatsiya [deviation] and zeroveyster [zero waster]. To a Russian, such borrowings are just empty words, he believes.

Marshev came across the ‘Rodnorechie’ (“Native Speak”) community (8,500 subscribers) on Russian social network VKontakte in 2015. It was offering suggestions for Russian replacements for loanwords from English and other foreign languages. After observing it for a while, he started posting his own suggestions to the group and, with permission from the website’s admins at the time, became one of the community administrators himself. Three years later, in 2018, he began to manage another group called ‘Chistorechie’ (“Clear Speak”; 2,300 subscribers), whose members are only involved in campaigning against Anglicisms. 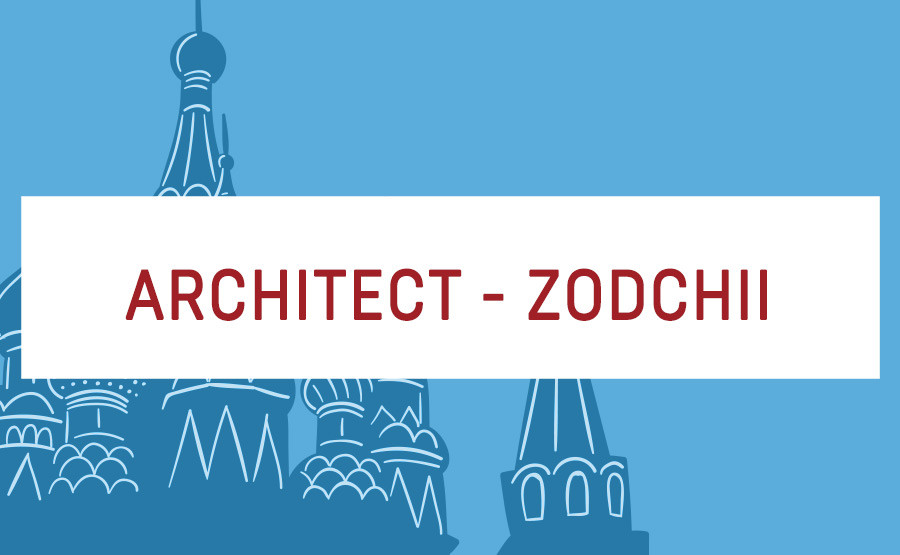 On the community’s website, Anglicisms are more often than not paired with “indigenous Russian” synonyms. Sometimes, the administrators ask members of the group to come up with their own synonyms in the comments. For example:

A person’s social media page - veshchalnik [similar in meaning to “channel”, from the Russian verb veshchat - “to broadcast”, “to pronounce”] 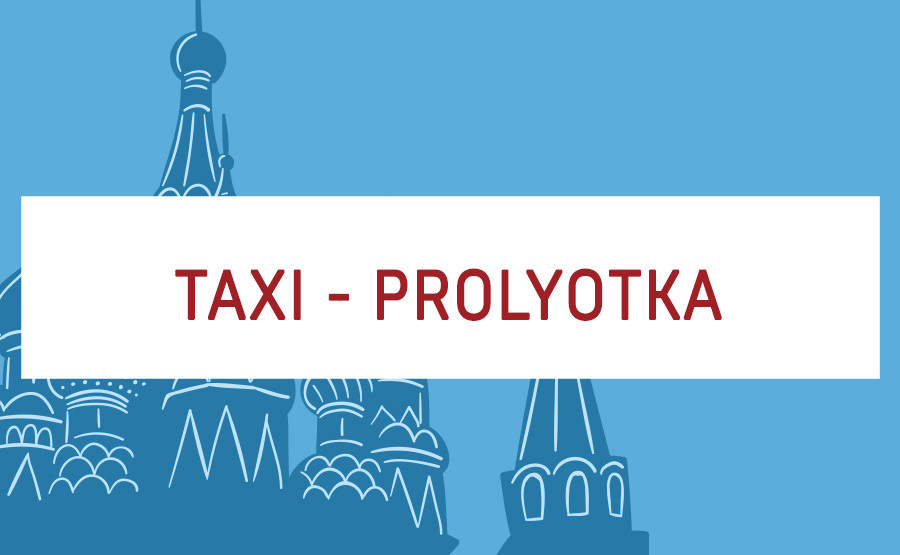 The community administrators also campaign for the active use of Russian equivalents in everyday speech, the writing of all English words - for instance, YouTube and Google - in Cyrillic, banning the media from using Anglicisms in their output and also prohibiting Russian companies from adopting foreign names, such as ‘Moscow City’ and even ‘Robot Fedor’ (the robot’s normal-sounding Russian name is now used as the English-language acronym for “Final Experimental Demonstration Object Research”).

Kim Sushichev did not at first pay any heed to Anglicisms in Russian speech and, like many of the group members, he came across these communities by chance.

“Initially, it was something like a linguistic and intellectual game, and then I met members of the Rodnorechie community. What they were doing and their views about the Russian language and linguistic loans found an echo in my own heart and I became one of them,” says Kim.

Mikhail Arkharov, a 21-year-old student at the Bauman Moscow State Technical University, did not study English at school, so each new Anglicism is a “hostile” word for him. “Subsequently, I started to notice Anglicisms appearing in the media and related fields - feyk, performans, khayp, khendmeyd, klining [fake, performance, hype, handmade, cleaning]. This only strengthened me in my conviction, because I did not see any new Russian words - they were simply absent,” Arkharov explains. 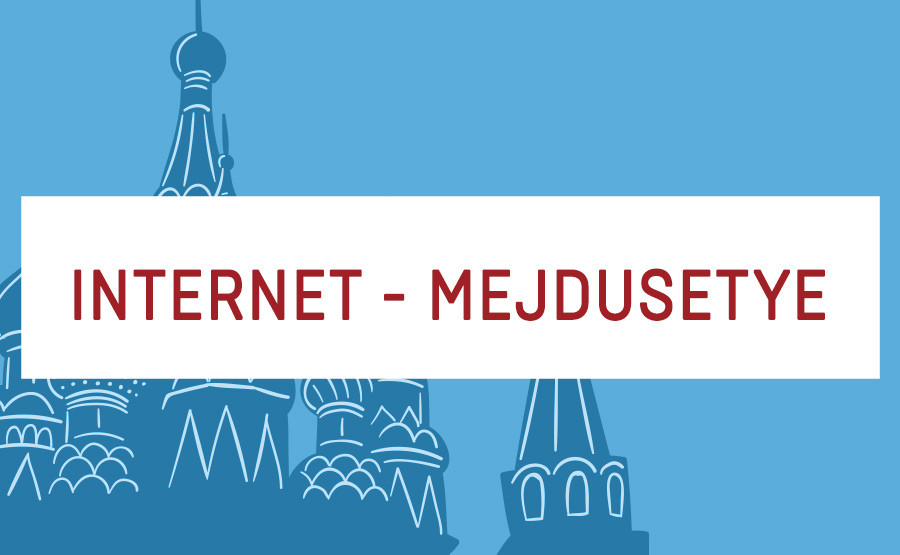 The majority of members of the two communities, when polled, say they try not to use Anglicisms in everyday speech and when they notice they have mistakenly used one, they reach for dictionaries and turn to the communities to seek a replacement, or they make up their own words. They say that, more often than not, the people around them do not comprehend the replacement for the Anglicism and, in the most abstruse cases, ask about the meaning of the Russian synonym.

By contrast, Chistorechie member Gennady Uryadov, a 37-year-old engineer, does not try to fully renounce all Anglicisms, but only found himself resisting loanwords when his own children started using them too frequently.

“I must confess that I am not against loanwords - I’m not fanatical about it. It’s just difficult for me to remember words that I don’t understand, since I myself studied German. I find it difficult to digest words like sherit [to share] or keis [case]. But, at the same time, I like the word khaip [hype]. If a suitable Russian synonym for it is found, however, I’ll be only too pleased,” Uryadov says.

Politicians also periodically come out against the use of Anglicisms. For instance, in November 2019, chairman of the State Duma Vyacheslav Volodin criticized English-language advertising signboards on a visit to Saratov.

“You can lose the country that way. Tut-tut - people are becoming affluent here, but want to become like the British and stay in the pub until morning. Look at this - Chicken McNuggets. You’ll twist your tongue and break your tooth on it!” Said the speaker, pointing to a billboard.

“And it’s kotleta v khlebe [patty in a bun], not burger,” the mayor of Saratov, Mikhail Isaev, chipped in.

In October of the same year, the then prime minister criticized members of the government for using Anglicisms, telling them that “you mustn’t litter the language with needless words”. In March 2019, the chairman of the Federation Council commission on information policy, Alexey Pushkov, posted on Twitter a list of Anglicisms which in his view were turning the Russian language into a “malformed mutant”. They included kouching [coaching], timbilding [team building] and farminzhiniring [farm engineering]. 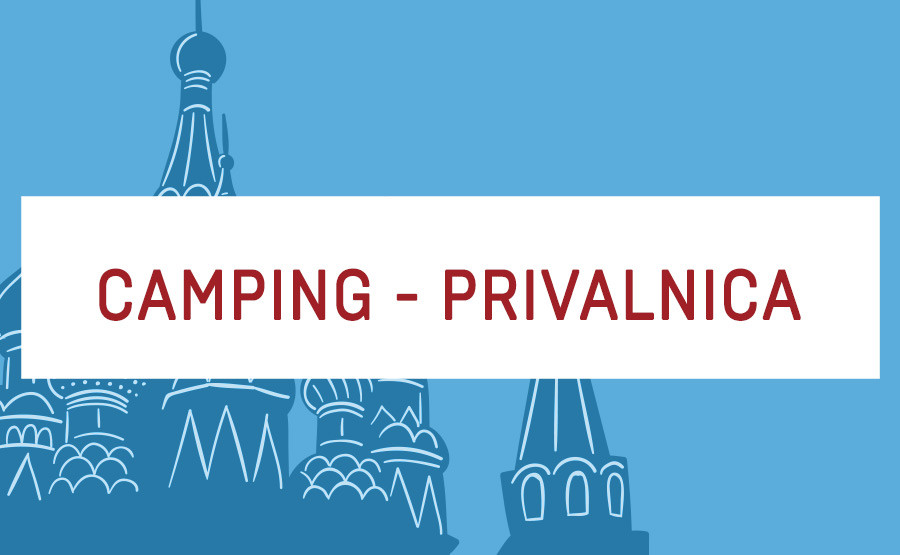 “The time has come to make a horror film about this linguistic khorror [horror],” according to the senator. He didn’t mind using an Anglicism in his own remark, though.

The blogger and linguist with the pseudonym Mikitko Syn-Alexeev believes there is no point in seeking or inventing “more Russian” words for Anglicisms, since their old contexts and associations will only get in the way.

“Many centuries of experience show that this sort of thing just doesn’t work in our country. Out of 1,000 invented words, only one or two will establish themselves in the language and then it will only be in certain unique cases when, say, a very well-known person starts using the new word in a specific context,” Syn-Alexeev explains. 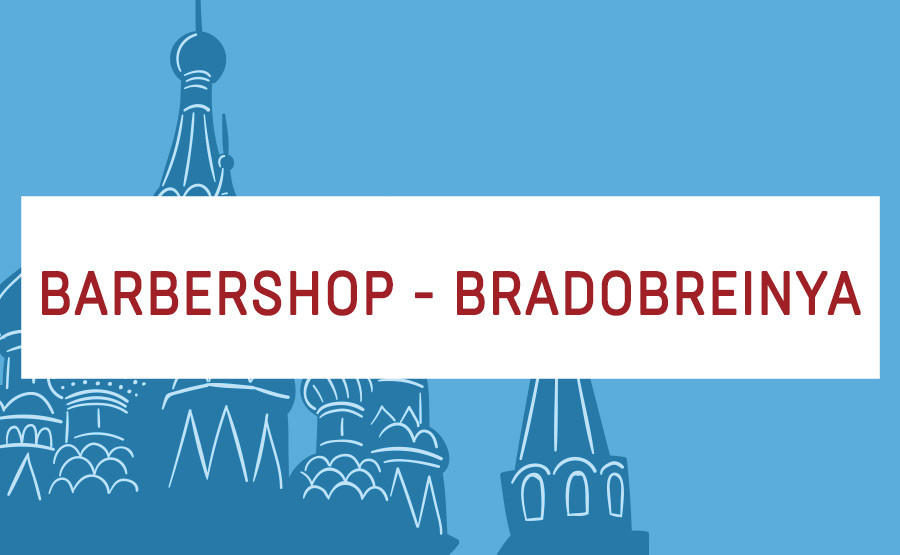 In his view, all loanwords are useful in the Russian language when they signify a new or previously non-current phenomenon or object, whether it be sintipop, messendzhr, android, emodzi or ben [synth-pop, messenger, android, emoji, internet ban].

Loanwords and Anglicisms really do change people’s way of thinking, but in a positive direction, because they contribute to a globalization of thought, Dmitry Petrov, a lecturer at the Moscow State Linguistic University, believes. And their use - as long as the basic underpinnings of one’s own language remain in place - is perfectly capable of enriching the Russian language, according to the lecturer.