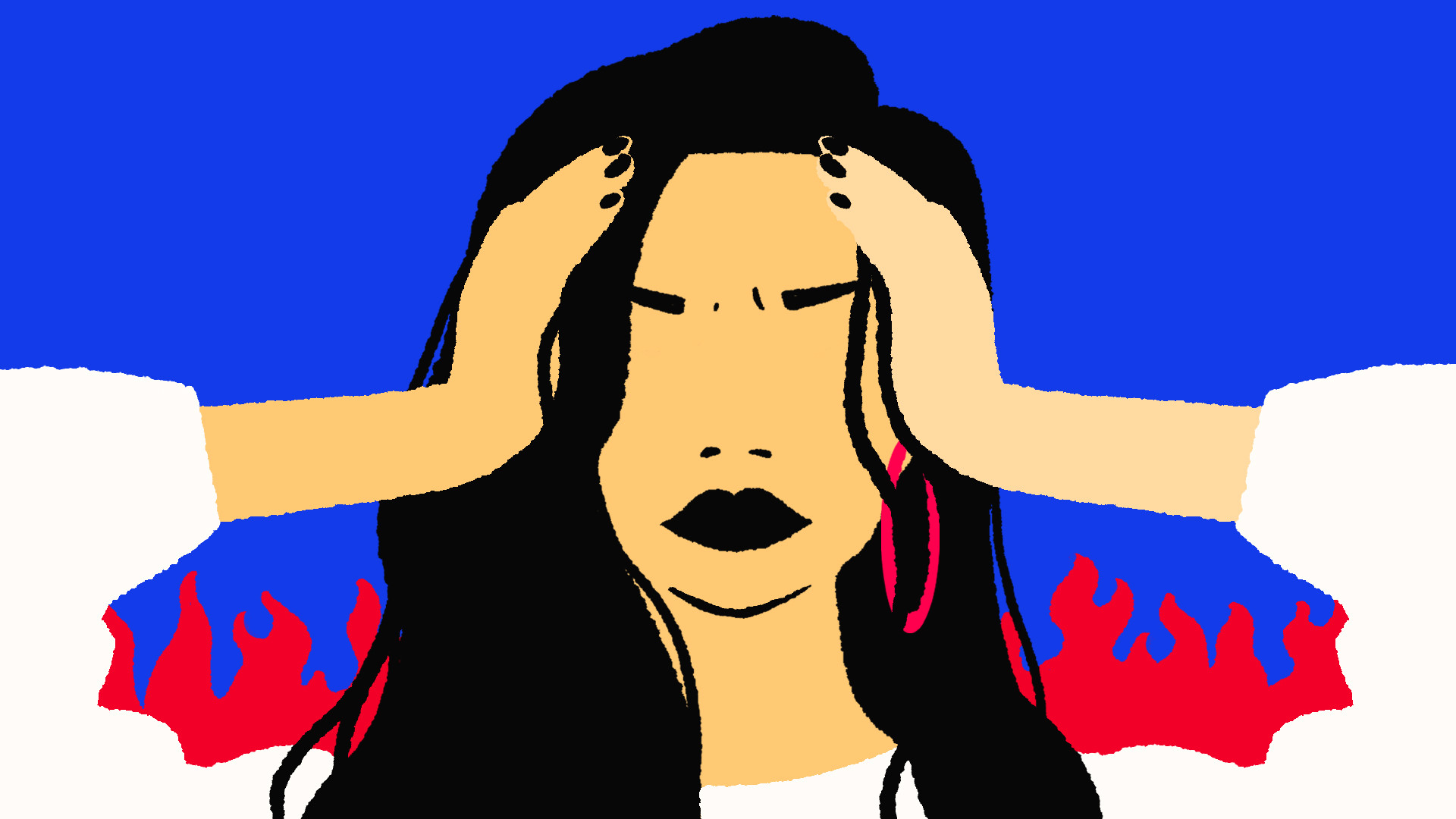 Irina Baranova
Of course, we’re aware that every human being is different, and gets set off by their own little cocktail of irritating statements and actions. However, you simply cannot deny that every society also has overarching themes about it - things it loves and ones it generally detests. Russian women are no exception.

1. Anything about the way she looks today

Russian men love giving compliments to women, and quietly expect us to accept them with some manner of traditional grace befitting the situation. What they don’t know is that while we smile in response (because of our good manners), there is a tornado of anger raging inside.

"How great you look today!". Alevtina says she can’t stand such phrases. "What does it mean? Do I usually look awful?", she wonders.

This point seems to resonate with a substantial number of Russian women. Phrases like "Why so serious?" or "Wow, you look great without makeup!" are also a no-no, Katerine and Julia claim. “Why should I explain my looks to anyone? And thank you for noticing that I don't have makeup when I usually do! Don’t you think there might be a reason for it? And probably not the most pleasant one?”

f you want to say a good thing to your Russian girlfriend or close friend, simply go with "You ALWAYS look great".

“I hate jokes about women’s logic”, says Svetoslava. Is it possible that there can be a ‘women’s logic’? Probably, not. It’s just a euphemism that men use when they think our decisions or actions are not logical or don’t conform to the male perspective.

Few Russian men stop to think that their own logic doesn’t factor in the existence of things like female intuition. For example, sometimes, men are surprised by the conclusions we draw from a fleetingly seen text message from another woman, or by the lack of explanation when they come home late - as if it’s so hard to surmise why their woman would feel suspicious.

Another popular joke theme Russian women despise is the way women drive. Many of us hate driving with our men because of their comments! The stream of tips on where to change a lane, which gear to shift to or when to slow down is endless… It’s also insulting to hear “Ah, probably a woman driver”, whenever a lousy driver is spotted. “It’s especially weird to hear that from my husband, because he thinks I drive well at the same time!”, Svetoslava says.

Men’s logic, what can we say.

“I just can’t stand when a man calls me on a date just at the very last moment. He casually says: ‘Shall I pick you up in a couple of hours?’ No you won’t! I have other plans!”, Ksenia says.

Alevtina agrees: “It has always irritated me when a man tells me out of the blue that he reserved a table, or bought theater tickets, or simply grabs me to an unknown destination to make a surprise date”. She usually refuses such proposals and men are usually offended.

In fact few of us like surprises that require an immediate change of plans or that take you out of your comfort zone against your will. Of course there are women who love such surprises and find them romantic - but the person should be light on her feet from the very beginning. In any case, give her some time to prepare at least!

4. Care and help that she didn't ask for

First of all, we don’t like when someone touches us. There are men who exude chivalry and think that their honorary duty is to hold our elbow or even back gently while climbing the stairs or entering a room. Come on, guys!

“I hate when someone touches me and thinks it’s a matter of care: ‘Let me fix your hair,’ or ‘Let me remove a dust/fluff/stain from your shirt’,” Ksenia says. “Always ask first before touching”, she reminds.

Anna mentions another type of unnecessary chivalry she detests - the one that tries to camouflage some sort of prohibition. “Don’t drink coffee after 4 PM, it’s unhealthy”, or “Here’s a cake for you, but I hope you don't eat it before bedtime.” Phrases like that drive Anna (and most of us ladies) nuts.

Russian women over the age of 25 are usually pestered by their conservative friends and relatives about when they are going to tie the knot and have kids - “because the clock is ticking”. “I hate it when men - or anyone really - starts lecturing me on how I should focus on family life - instead of living how I want, or doing what makes me happy,” Maria says.

“There's a lot of unsolicited pressure on a Russian woman to sit at home and have a bunch of kids! They insist that having children is the only true happiness in life (not all the traveling that I do).”

From early childhood, Russian girls are told how they should keep the house or themselves in order “because you’re a girl!”, or to not be rude - again - “because you’re a girl”, and many things, including an emphasis on being able to cook. Well, the message is clear, and appears to be very similar to the one Cynthia Nixon had in the viral video ‘Be a Lady They Said’. Do you have something like that in your country? Share your thoughts in the comments!