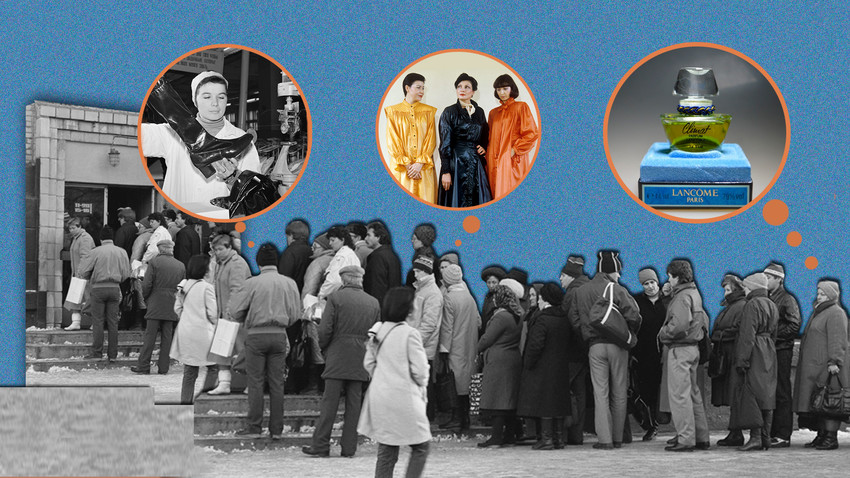 Soviet women didn’t have a lot of access to fashion. When they said, “I have nothing to wear!” they literally meant it.

The shelves and racks of department stores in the USSR were mostly empty, with Soviet-made clothes as dull as night up for grabs. Luckily, there was a way out, as the wise Coco Chanel once said: “The best things in life are free. The second best are very expensive.”

Soviet women didn’t dress to be stared at. They just wanted to feel different. One way to do it was by spraying on some perfume. In Soviet times, odors often had a power stronger than appearances, especially with staples like Climat. 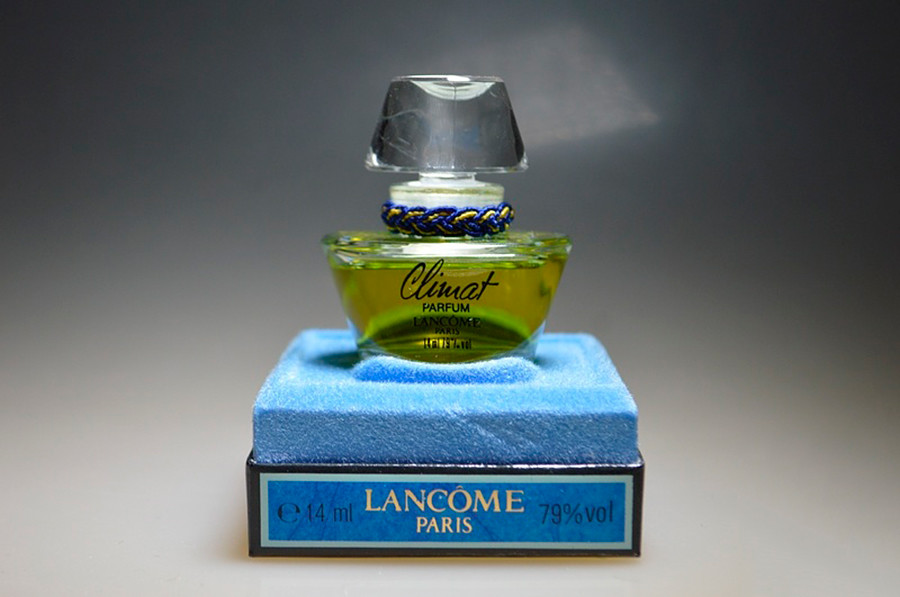 Although the perfume was released in France by Lancome in 1967, its sales in the USSR began only in the late 1970s. A small bottle officially cost 45 rubles, but was nowhere to buy.

The notes of this perfume had something wonderfully desirous about them, with bergamot, narcissus, jasmine and rose in the limelight.

Owning this classy French perfume was a matter of prestige, really. Women used all the connections they could to get hold of the fragrance.

“My mother-in-law was a prominent women’s doctor. Some happy patients couldn’t thank her enough and would give her bottles of this luxury perfume as a present. She bragged that she had so many of them she could fill the entire bath with Climat,” recalls Elena, 67.

Iconic Afghan-style sheepskin embroidered coats had its world premiere in the UK in 1966, with Asian culture becoming a fashion phenomenon.

Comfy and warm, the coats made from tanned sheepskins were a hit with fashionistas across the world, even more so after The Beatles were spotted wearing the garment. None other than John Lennon was dressed in an Afghan coat on the set of ‘The Magical Mystery Tour’ musical film. 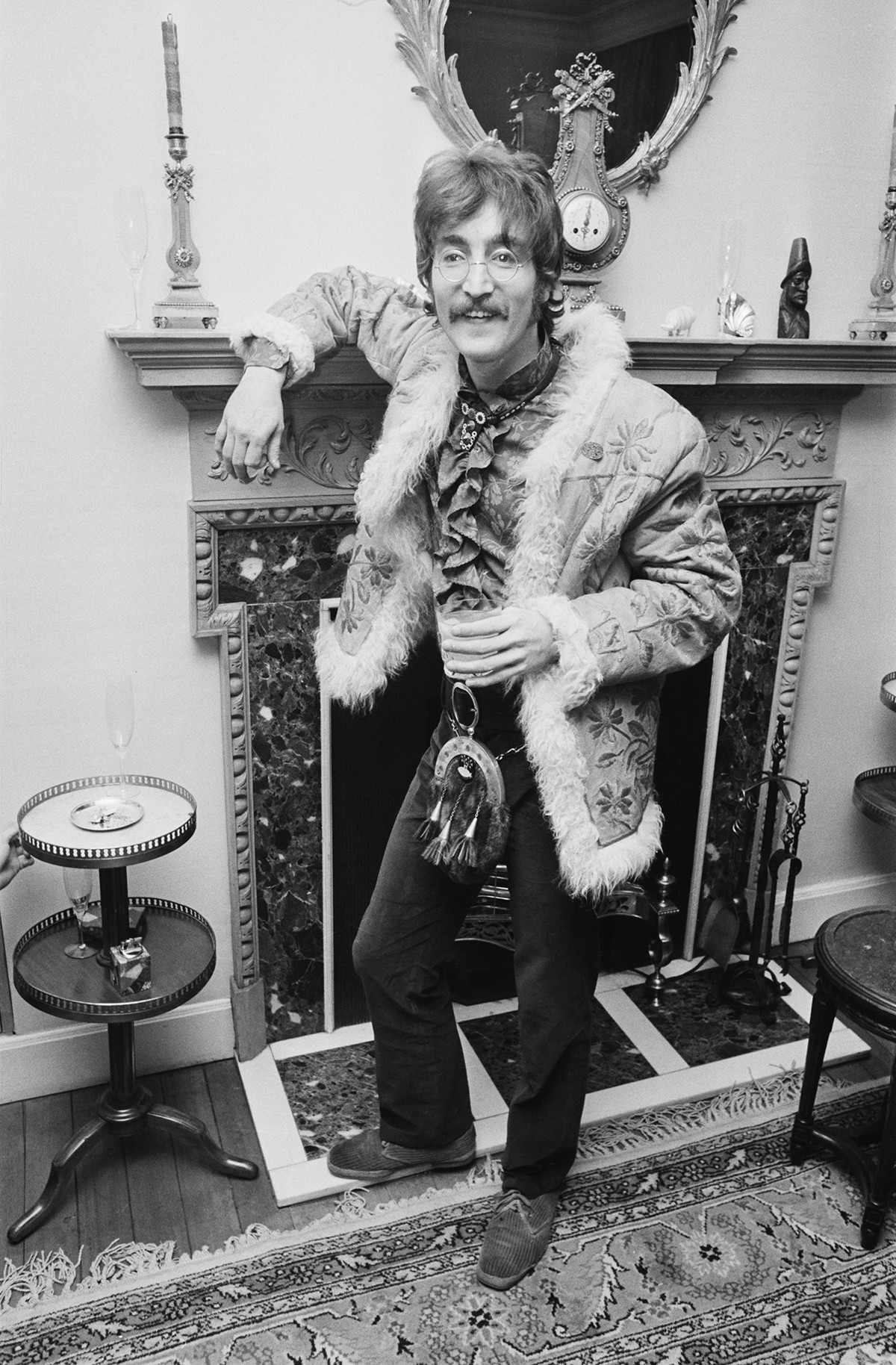 It took years for Soviet fashion to catch up with the rest of the world. By the mid-1970s, both Soviet ladies and gents would line up for hours to buy themselves a hippy-style sheepskin coat. As a rule, women opted for colorful sheepskins embroidered with patterns outlined in silk.

“I got my vintage Afghan sheepskin from my mom. I remember she told me how hard it was to get one,” Katya, 33, recalls. “My mother worked as a translator of French and had some connections. An acquaintance told her someone was selling a killer sheepskin coat from Mongolia. The minute my mother put it on, she just couldn’t take it off, it fit like a second skin.”

Up until the early 1960s, Soviet women only had access to stockings. Tights failed to hit Soviet shelves for some reason back at the time. 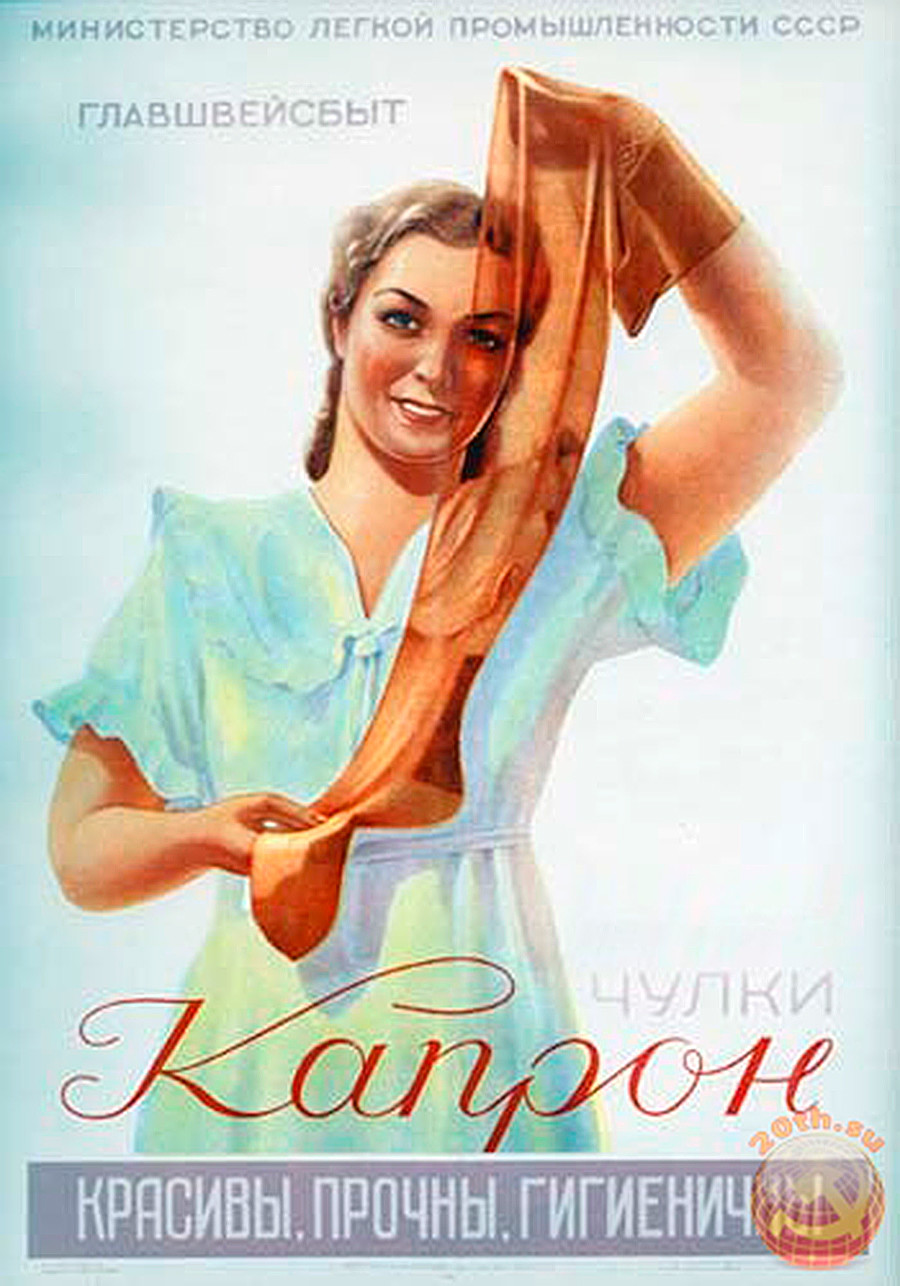 Stockings only came in two varieties. Those made from wool were warm, while those from cotton were relatively comfortable. Both were notorious for stacking up like an accordion at the foot of each leg.

Then, seamed stockings became the latest craze. The problem was, it was hard to get those in stores. Not to worry – many women faked them, drawing the seam right on their legs with an eyeliner pencil. 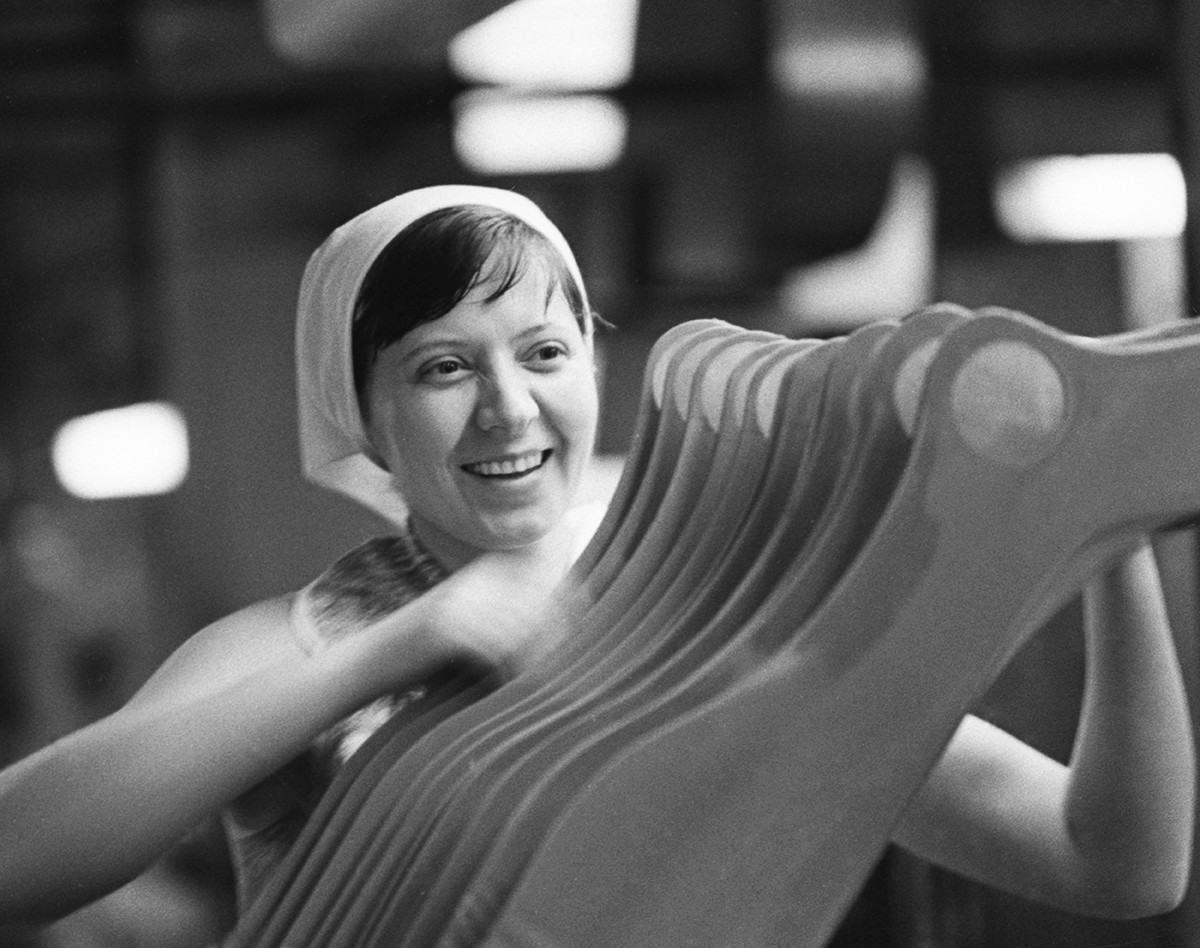 Soviet-made nylon tights only became available in the 1970s. They were produced in Belorussia SSR by the Brest hosiery factory and, naturally, came only in one basic color - beige. Meanwhile, in the rest of the world, black and white tights were just coming into vogue. What were poor Soviet women supposed to do? How to keep up with the rapid pace at which fashion trends emerged? Well, one had to be pretty inventive not to lag behind. Soviet women would go to extreme lengths to be elegant. For lack of choice, they were forced either to bleach or paint them with drawing ink.

“Shopping was a real adventure in the Soviet Union. More like a hunt,” Raisa, 75, recalls. “To buy a pair of stockings and a right bra was a real challenge. It was always about money and opportunity. Soviet customers had to do a treasure hunt for what was on sale that particular day.”

Soviet women never knew they needed a pair of patent black knee-high skinny boots until the 1970s. The ‘It’ boots of the season were made for walking and had a little bit of extra edge. 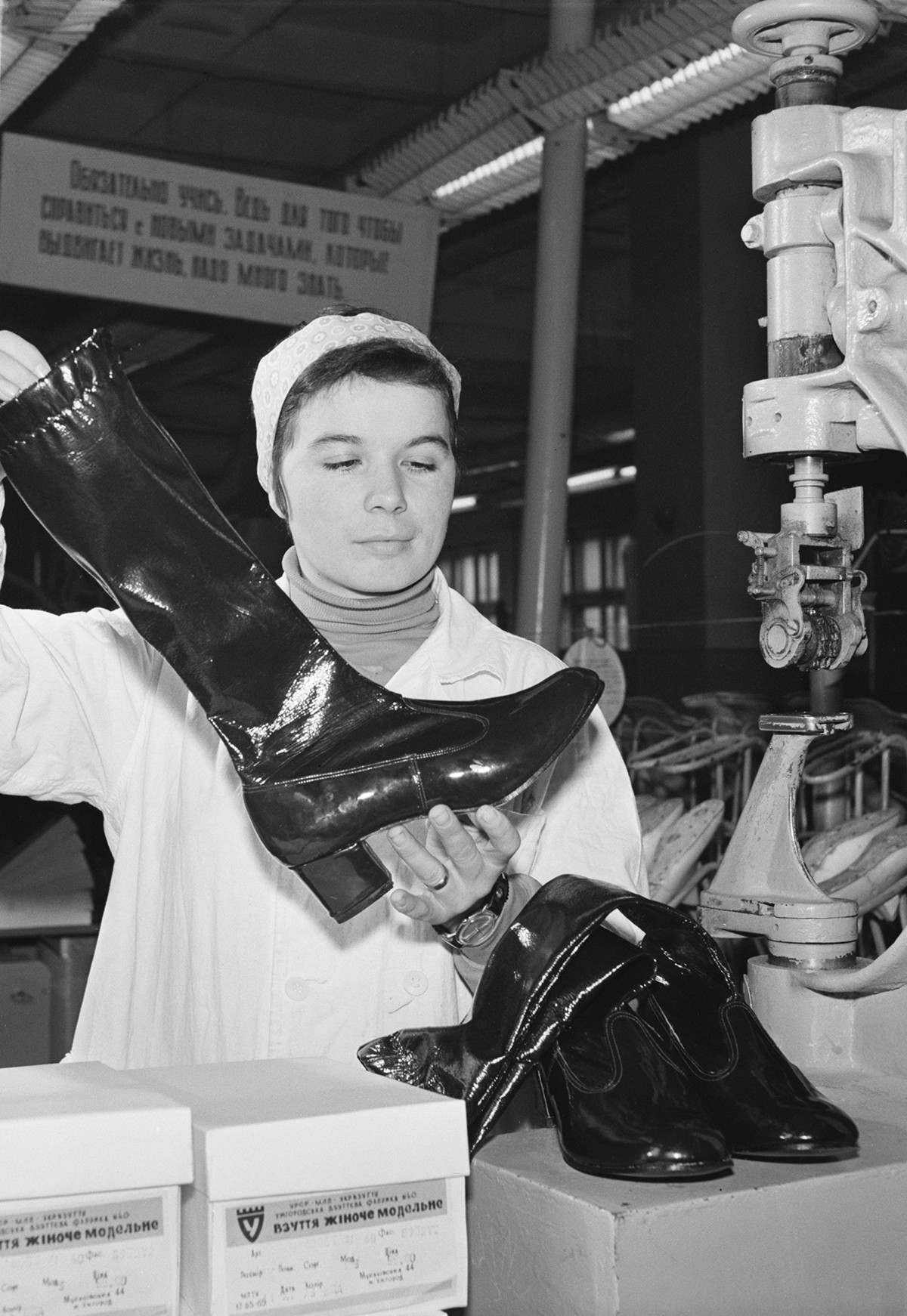 At a shoe factory.

Needless to say, lines were long when the boots were released in stores. You just had to get a tip-off from a friend or neighbor telling you where exactly the trendy footwear was up for grabs. One had to stay in line for several long hours. Beauty had its price and, in the Soviet Union, it usually wasn’t a soggy one.

“I was on a lunch break when I saw a long line near the ‘Leipzig’ store on Leninsky Avenue in Moscow,” Inna, 63, recalls. " 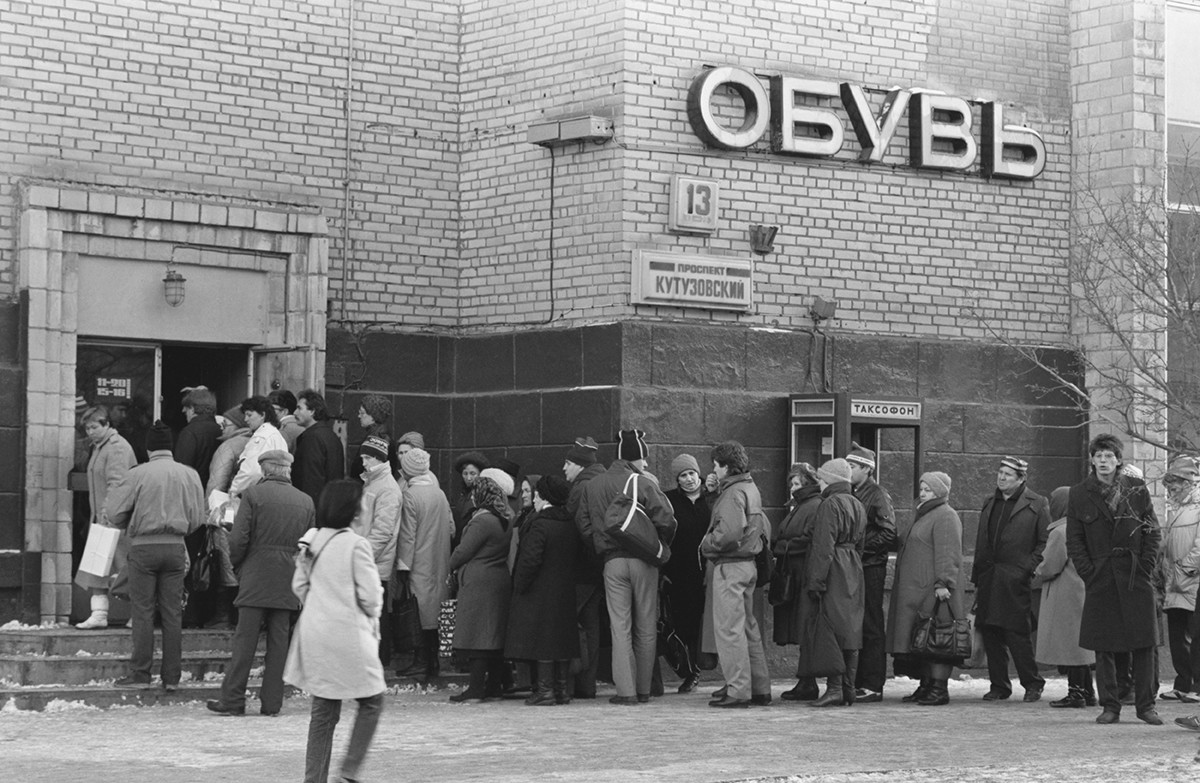 Crowds queuing up to buy winter boots on Kutuzovsky Avenue in Moscow in 1988.

It turned out people were lining for Yugoslavian orange leather boots. I hesitated a moment, but decided to give it a try. I wrote my line number on the palm of my hand and went back to work. Two hours later, I came back just at the right time to buy my pair of skinny boots. They lasted me for five seasons.”

The trench coat has been a permanent fixture on the fashion scene since the early 1960s. It was worn by Marlene Dietrich in ‘A Foreign Affair’, Brigitte Bardot in ‘Love on a Pillow’ and Audrey Hepburn in ‘Breakfast at Tiffany’s’, just to name a few. Soviet women immediately fell in love with this piece of clothing, too. 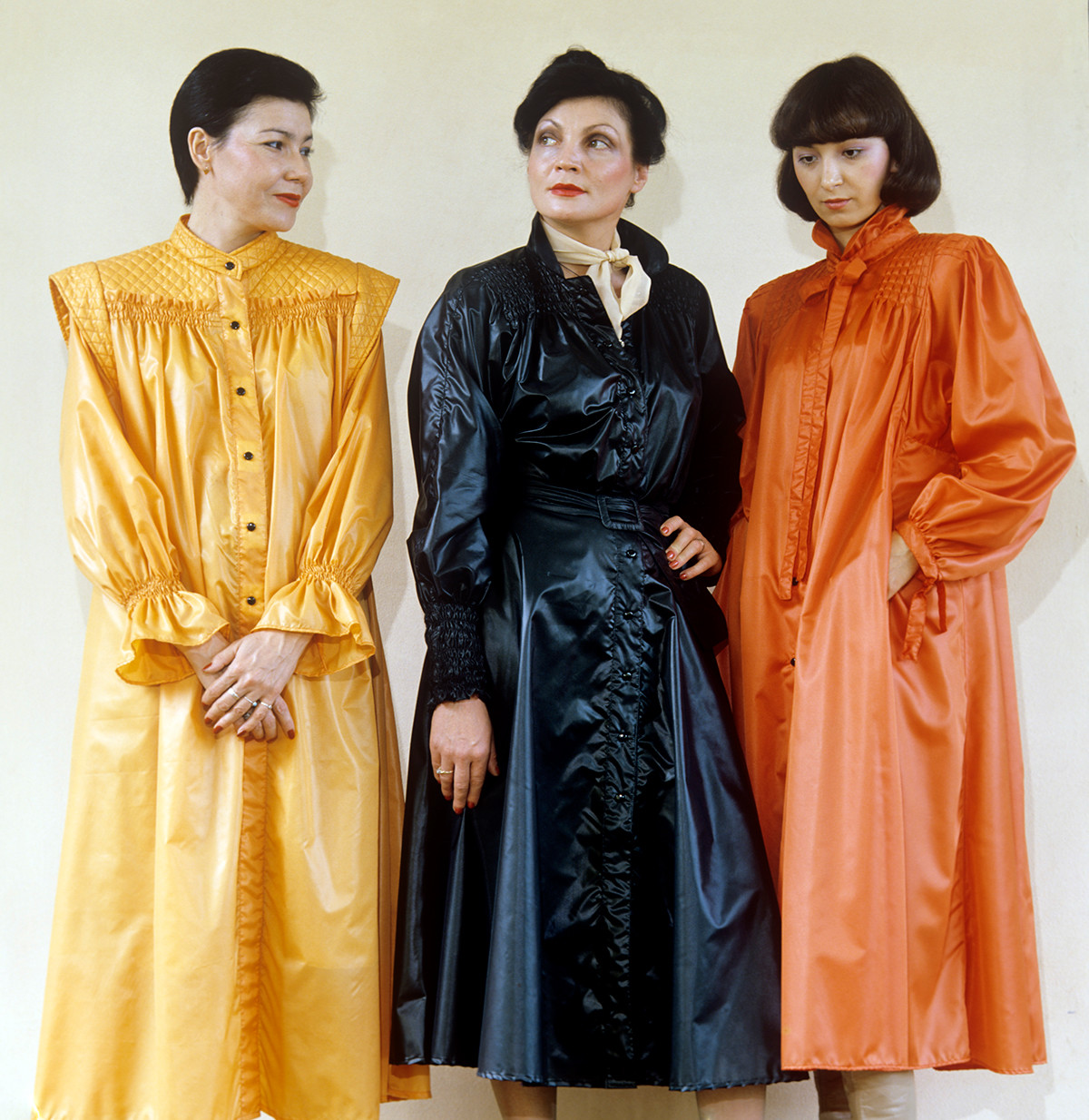 The ultimate dream would be to buy something durable and practical enough to stand the test of time. Soviet-made trench coats, commonly known as ‘Bologna raincoats’ (named after the fast-drying nylon fabric produced in the Italian city of Bologna) were as plain as morning bread, whereas garments made in eastern bloc countries like Czechoslovakia and Yugoslavia were of excellent quality, were made from cotton and polyester, and came in a variety of colors other than green. Those were all the rage through the 1980s. 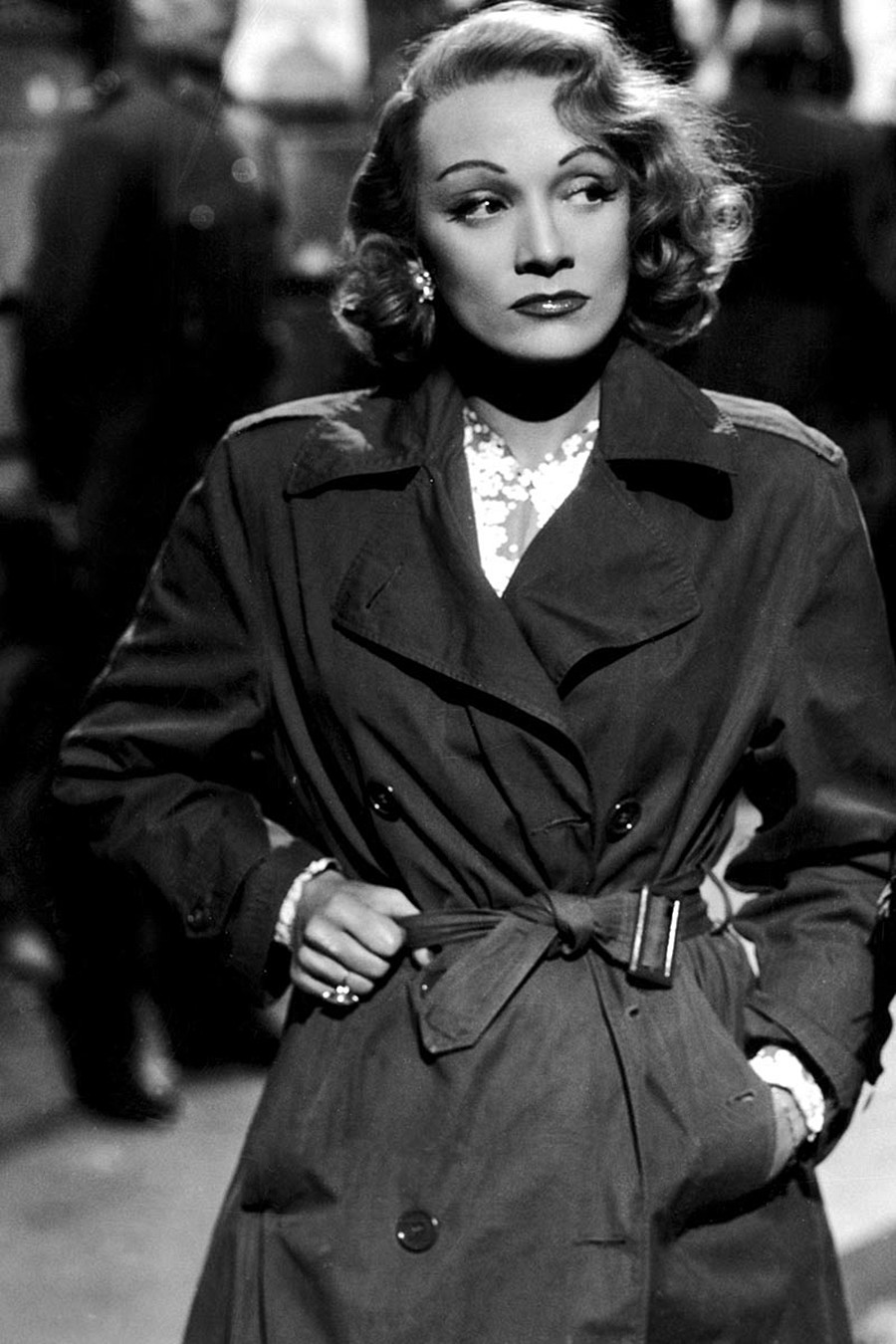 Marlene Dietrich wearing a trench coat in A Foreign Affair.

“I bought myself a trench coat in Moscow’s TSUM [Central Universal Department Store] in 1970. It cost a whopping 95 rubles, it even felt awkward to tell my sister. It was an impossible sum, my whole salary! But it proved to be so worth the money. Made in France, it was the epitome of grace and style. By the way, I still have that trench coat, and it’s still très chic!” says Elena.