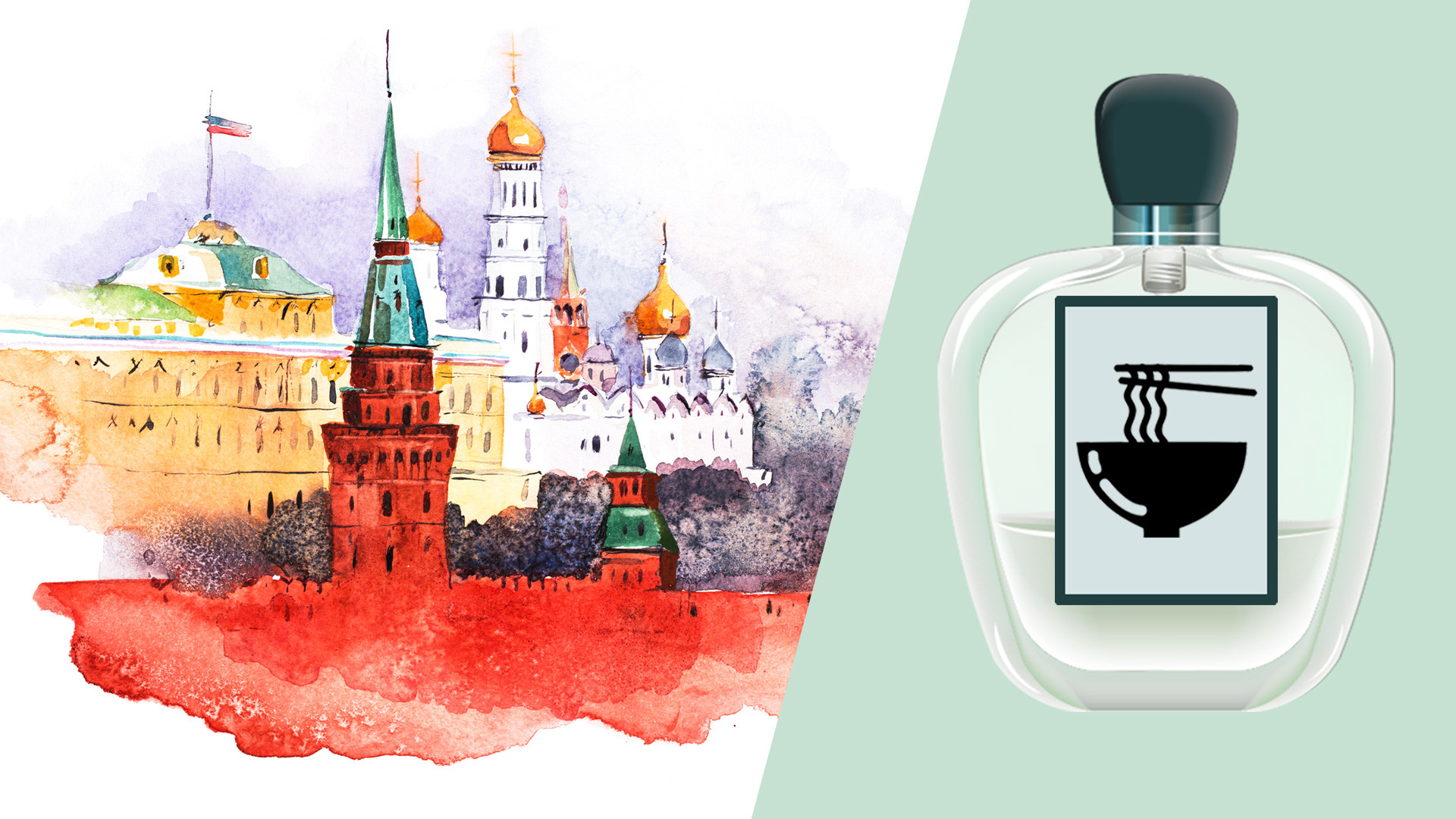 Getty Images; frimufilms/Freepik
Some associate Moscow with the aroma of fast food and gasoline; others with forest, fresh air, and flowers. We describe what olfactory delights (or otherwise) visitors can expect.

On the last weekend of September 2020, the Russian capital basked in an atypically warm temperature of +20° Celsius. Pushkin Square, one of the most beautiful in the city center, already encircled by autumnal trees, is itself adorned with arches of foliage and flowers that you just want to smell.

"They ain’t real, you nitwit!", my friend, programmer Kirill Chernyshov, ‘politely’ informs me as I try to inhale the scent of fresh flowers. Sniffing around, I realize that the only whiff to be had is cheap plastic. And hookah, of course (well, this is Moscow). 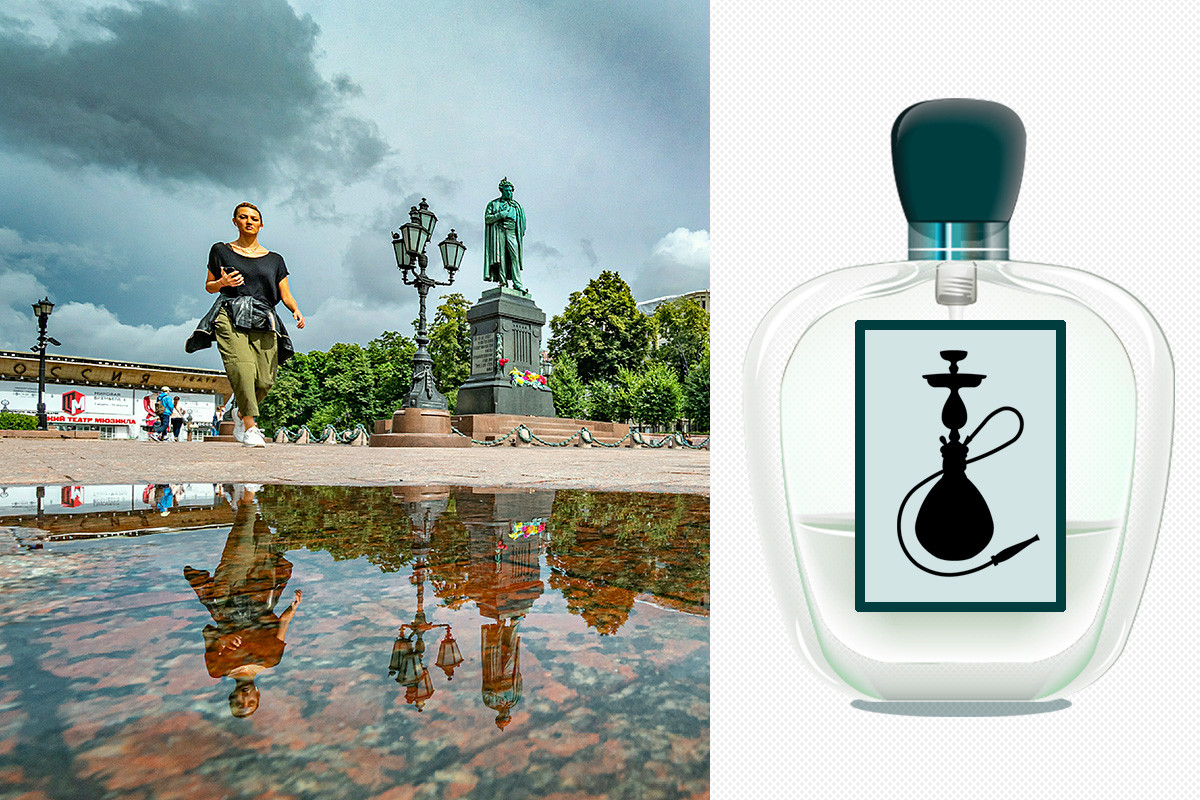 Letting go of the disappointingly artificial flowers, and advancing a couple of meters, the light aroma of hookah wafts over me once again (watermelon flavor, my nose detects); this time from somewhere to the right.

“There’s no escaping it. We’re hemmed in by hookah bars. Well, at least they’re not vaping!” announces Kirill, and we hurry to the subway, where completely different, even more unpleasant aromas await.

According to the 1926 book, Moscow and Muscovites, by writer and historian Vladimir Gilyarovsky, in the early 20th century Moscow smelled of tobacco, as well as horse manure, sewage, and other unpleasant things. 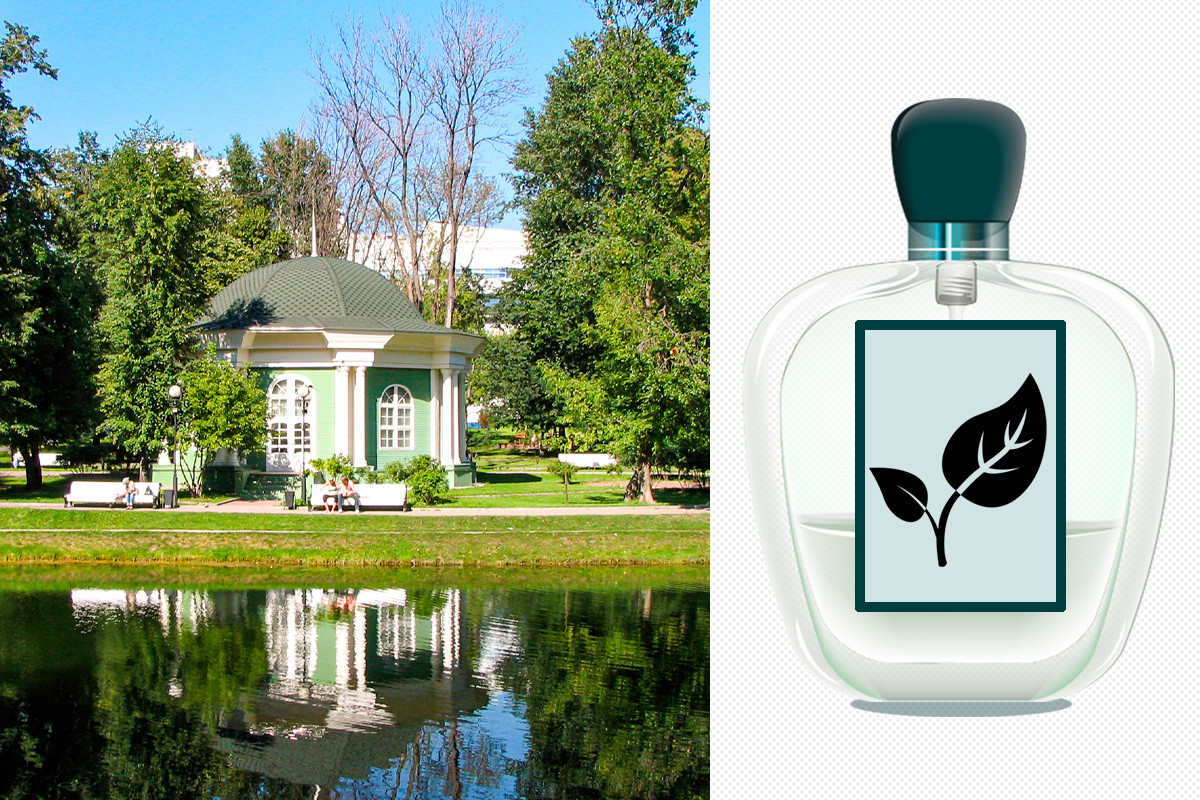 Today, the population of Russia’s current capital city has ballooned to 12.6 million, everyone living like sardines in an area of ​​2,500 square kilometers, each district of which has its own mixture of aromas. How does modern Moscow smell to locals and expats?

“For me, Moscow smells like a hangover. You take the metro, bus, or train in the morning, breathe a little, and immediately realize that some people had fun last night,” says Lucia Bellinello, editor of Russia Beyond’s Italian-language website, and who has been working in Moscow since early 2010.

Even on her very first visit to Moscow, Lucia got a pungent noseful of gasoline, which is not that surprising — in 2018, Moscow ranked first in the world by road congestion. 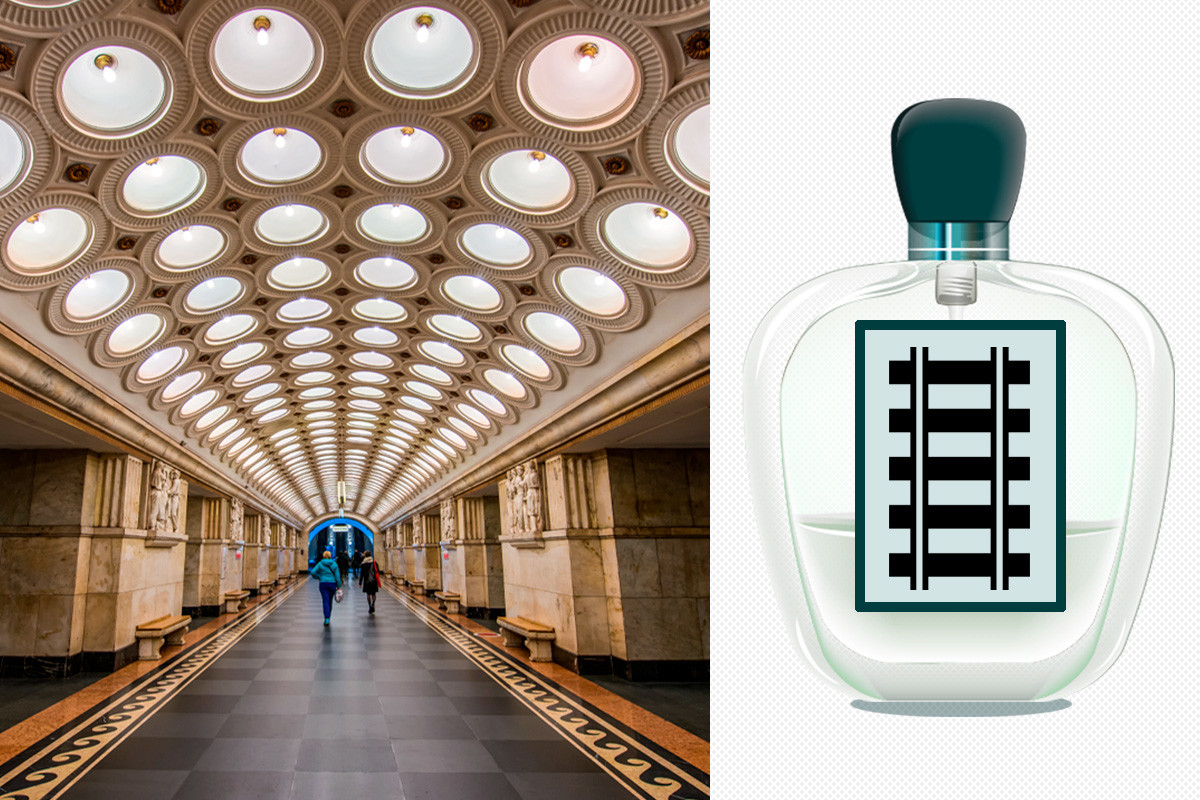 “I get the feeling that cars in Russia run on old gasoline. It’s a particular smell, one that I don’t sense in Italy,” says Lucia.

For Olga Kozlova, who also works in Moscow but lives in the suburbs, the capital has acquired a distinct construction-site aroma.

“As soon as you exit any metro station, you see workers and excavated sidewalks [new metro stations are built in Moscow every year, and roads are forever being repaired]. Plus, there’s the lingering smell of concrete, cement dust, and paint. It often smells like hydrogen sulphide,” says Kozlova, sharing her sensations. The whiff of hydrogen sulphide most likely comes from the landfills in Moscow’s southeastern. 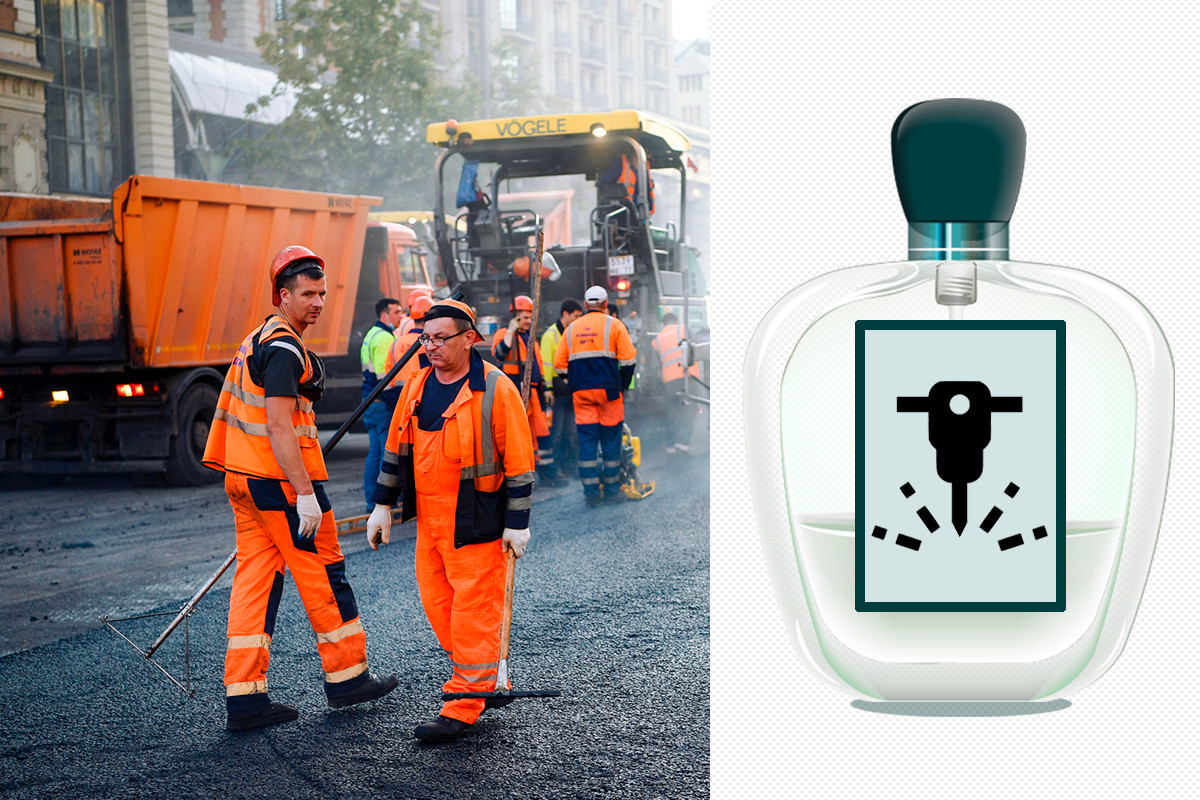 Workers change the asphalt on Tverskaya street in Moscow

The smell of sewage, although no longer ubiquitous, has not entirely gone away either — it is especially pervasive at Vykhino metro station, where Kozlova lived for more than 30 years. The area is part of the aforementioned district, and right by the metro the sewage system is periodically repaired. In general, fate has decreed that the city’s most environmentally friendly areas are located in the northwest, and the least in the southeast.

Michael Kravchenko, who moved to Moscow from Britain in 2005, also catches the whiff of never-ending construction.

“But that’s normal for a big city. In any case, I live next to the Catherine Park, so more often than not I feel the aroma of fresh vegetation,” says Kravchenko. 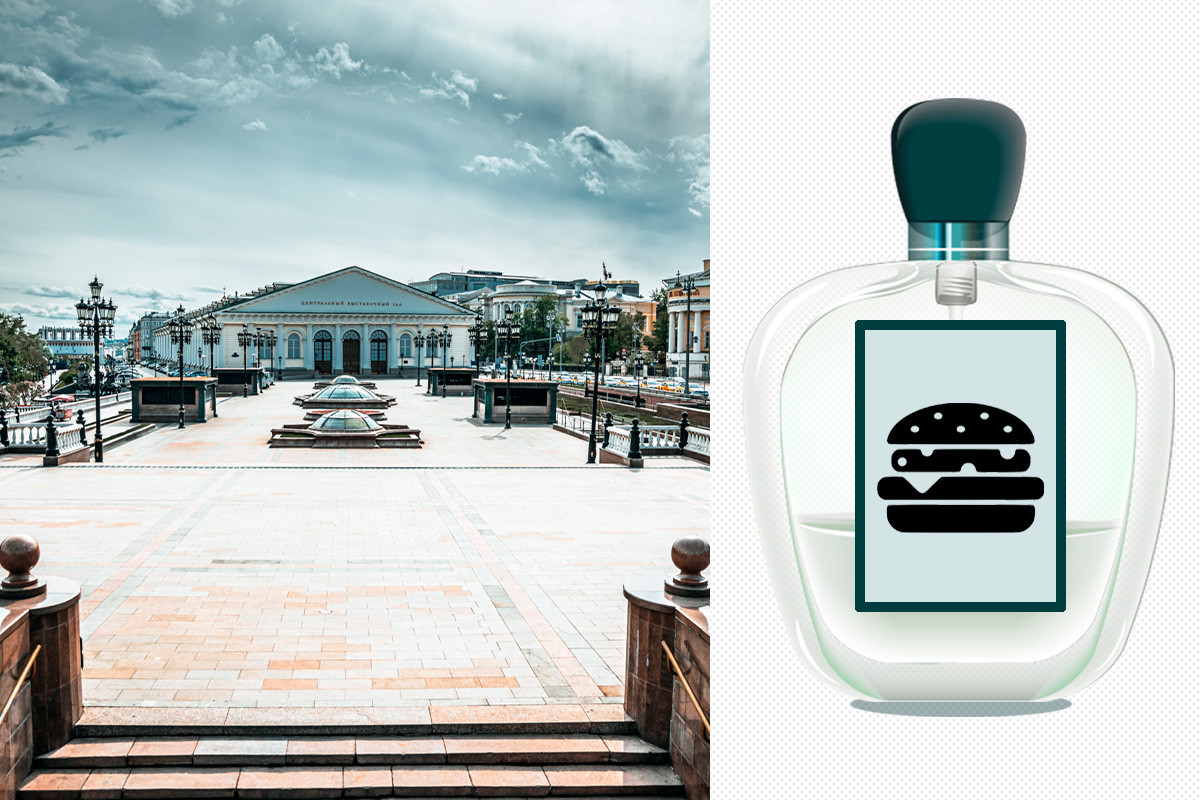 For Ksenia Belova, Moscow smells of waste incineration plants, in particular smoke and chemicals — at least in the vicinity of Nagornaya metro station in the southwest, where she lives. According to Ksenia, the smell is especially strong at night when she takes her dog for a walk.

Moscow’s perfumed calling card has to be the unique scent of the metro. Resident IT blogger Evgeny Levashov describes it as a mixture of oil and dry air. Nadezhda Nasedkina, a native of the capital, claims that the metro exudes a “warm creosote aroma,” since the rail track ties in the metro are indeed coated with creosote (an oily liquid obtained from wood and coal tar). 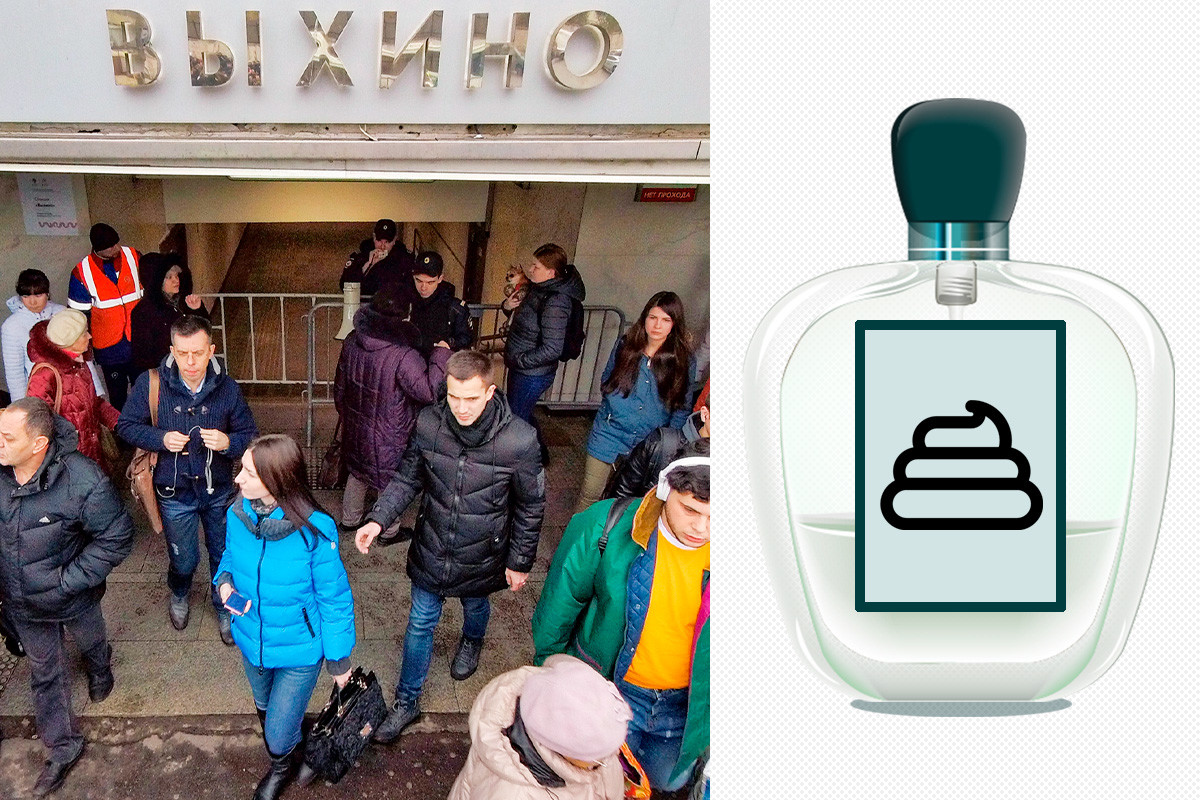 “For me, though, Moscow is also the smell of wet asphalt in the summer, the cool, slightly moldy smell of basements, the springtime scent of poplar, the cucumber aroma of melting snow in spring, as well as the smell of frost, donuts, and chocolate, especially nearby candy factories,” adds Nasedkina.

Many residents associate Moscow with the smell of food. For Alexei Petrovsky, the capital smells like pancakes; perhaps because he goes to his favorite pancake house on Taganka Street a couple of times a month.

For many others, such as journalist Daria Labutina, Moscow is linked to the aroma of McDonald’s burgers, especially in the very heart of the city on Manezhnaya Square. This is because under the square lies the Okhotny Ryad shopping mall with its very own McDonald’s restaurant, whose ventilation system pumps kitchen aromas directly into the nostrils of passers-by overhead, (perhaps deliberately to attract customers). 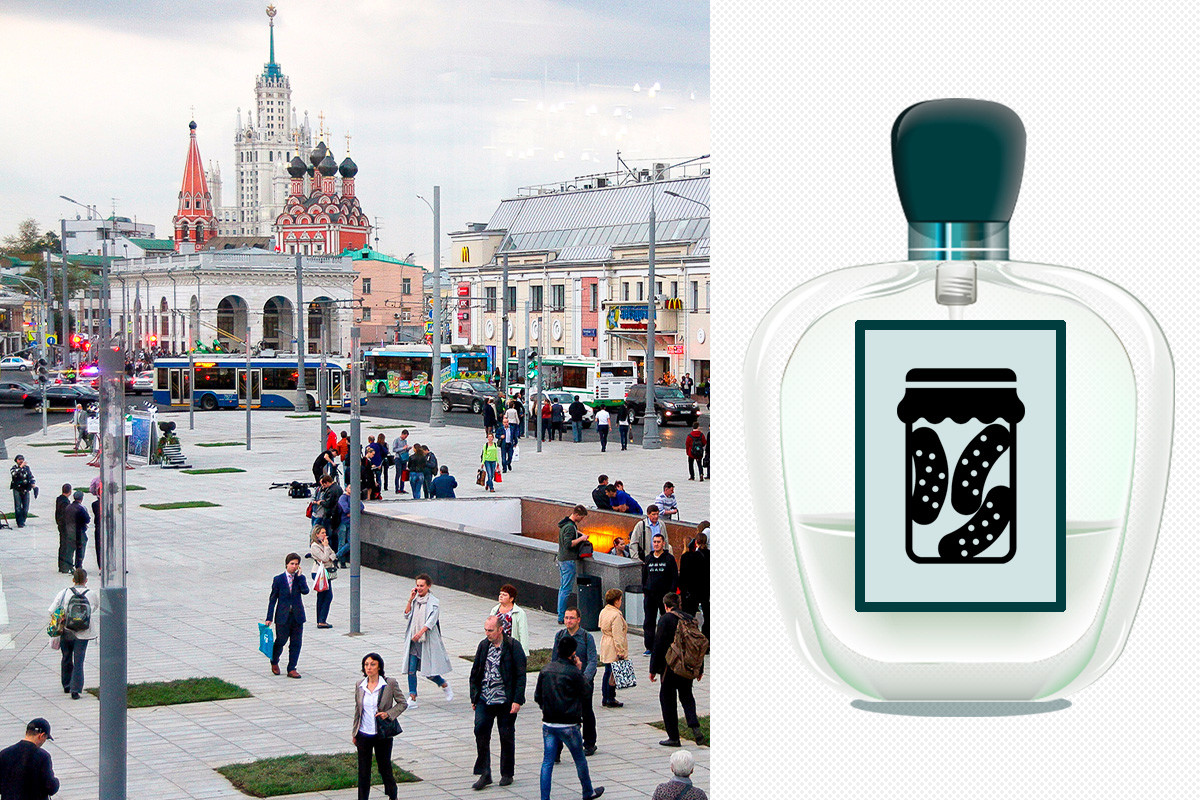 At the Taganskaya metro station, Moscow

Moscow also smells of food for Russia Beyond’s Lucia, in particular borsch and other Russian soups served in cafes. They are among her favorite Moscow aromas, she reveals.

For Moscow-based writer Pavel Surkov, every district — and even street — of Moscow has its own unique smell.

“Leningradsky Prospekt smells of puddles from sprinklers, and Dynamo Stadium of maple leaves. Taganka smells like pickles from an old grocery store. The southwest smells of the perfume and deodorant of theater-goers and university students. Frunzenskaya Embankment smells of diesel fuel from the river trams. Kitai-Gorod smells of whiskey and Chinese soup from the local eatery Jao Da. Izmailovo smells of strange detergents used by tourists. And Donskaya smells of monastery bread and Cahors wine,” Surkov gives an impressively detailed rundown. 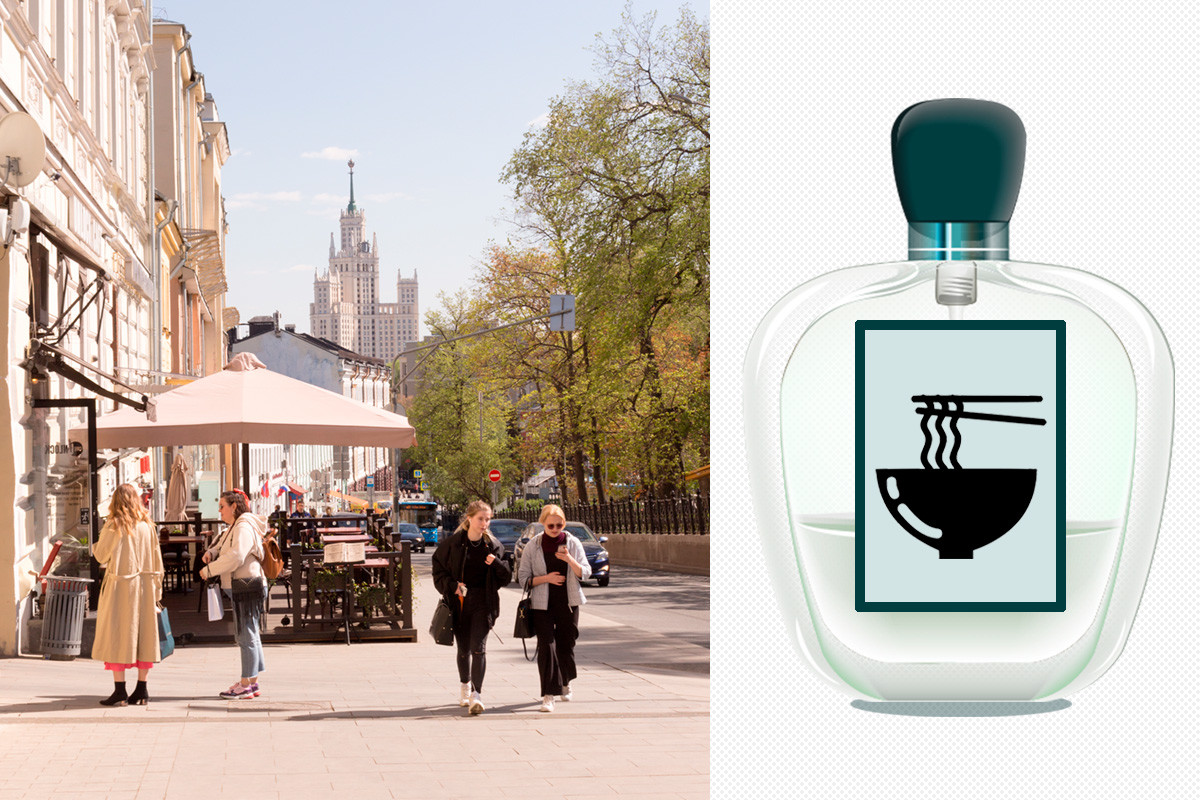 “Moscow is the smell of home and nostalgia for childhood and student life. It’s like a mixture of dust and ozone, especially after rain. I love this smell very much,” Tyutyunyuk admits.