Just how CRAZY does life get in remote parts of Russia? 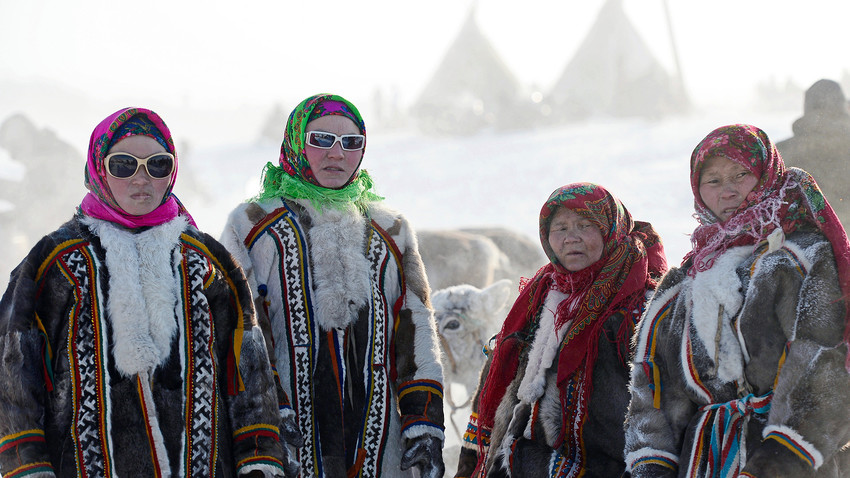 Women at the Day of the Reindeer Herder in Salekhard.

Maxim Blinov/Sputnik
Not everyone in the biggest country in the world has the luxury of easily filling up a car, much less streaming a video. Some people have to go through hell and resort to desperate measures just to fulfill these simple functions.

14 hours by horse and tractor to sit an exam

Katya Gotovtseva was born and raised in the village of Dygdal, Sakha Republic, situated 125 kilometers from the nearest regional center. The state exam for foreign languages can only be taken at such centers. However, this is not ideal at all for people like Katya. With the arrival of spring, due to flooding, roads are simply washed away.

But that didn’t stop Katya, who, together with her father, plotted her own route. The high school senior needed to reach Dygdal from the neighboring village on horseback and then to another village by tractor, before finally switching to a car. 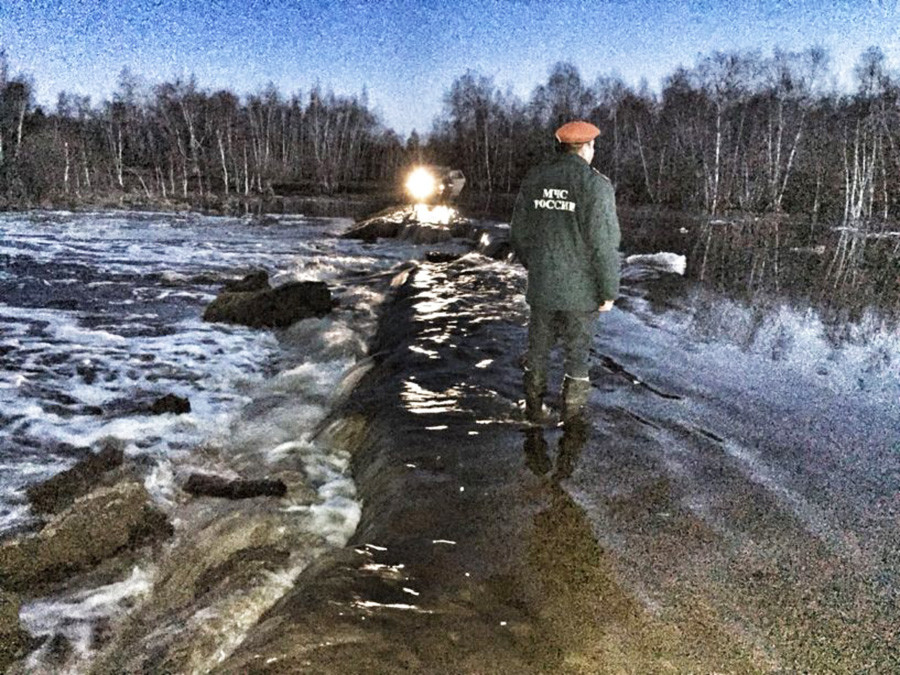 “We’d barely made it out of the village when my [horse] Orlik sensed something and got really frightened. He began to sprint for the woods, got on his hind legs and tried to throw me off several times. Then he simply leapt into the thick forest with its dry branches and bushes. I only had enough time to throw one look at dad, hoping that he would save me from the horse gone mad. But dad stood still and quietly panicked, because interfering would only have made things worse,” she remembers.

Katya’s face got scratched, her pink baseball hat flew off and her nose was bleeding. But she clutched the reins tightly and, after a short while, the horse calmed down. The next seven hours passed without incident.

A tractor with a carriage was already waiting for them at the start of the next stretch, where Katya met up with other students also on their way to the exam. “We traveled again for about seven hours. It was very dark and cold, we tried to get some sleep, but didn’t have much success,” Katya says. Having reached the next village, she spent the night there, before getting into a car the following morning, which finally took her to the exam: “The shocked teachers were eager to hear my story as I sat, embarrassed, in front of a plate of mashed potatoes and meatballs.

Fuel once a year and escaping being eaten

The 690 inhabitants of Dikson - Russia’s northernmost village - live in the cold pretty much the entire year. In summer, the temperature rises to a +5.5℃ average (with winters dropping to as low as -48℃). They have to ride snowmobiles almost all the time. And that’s far from the only setback. 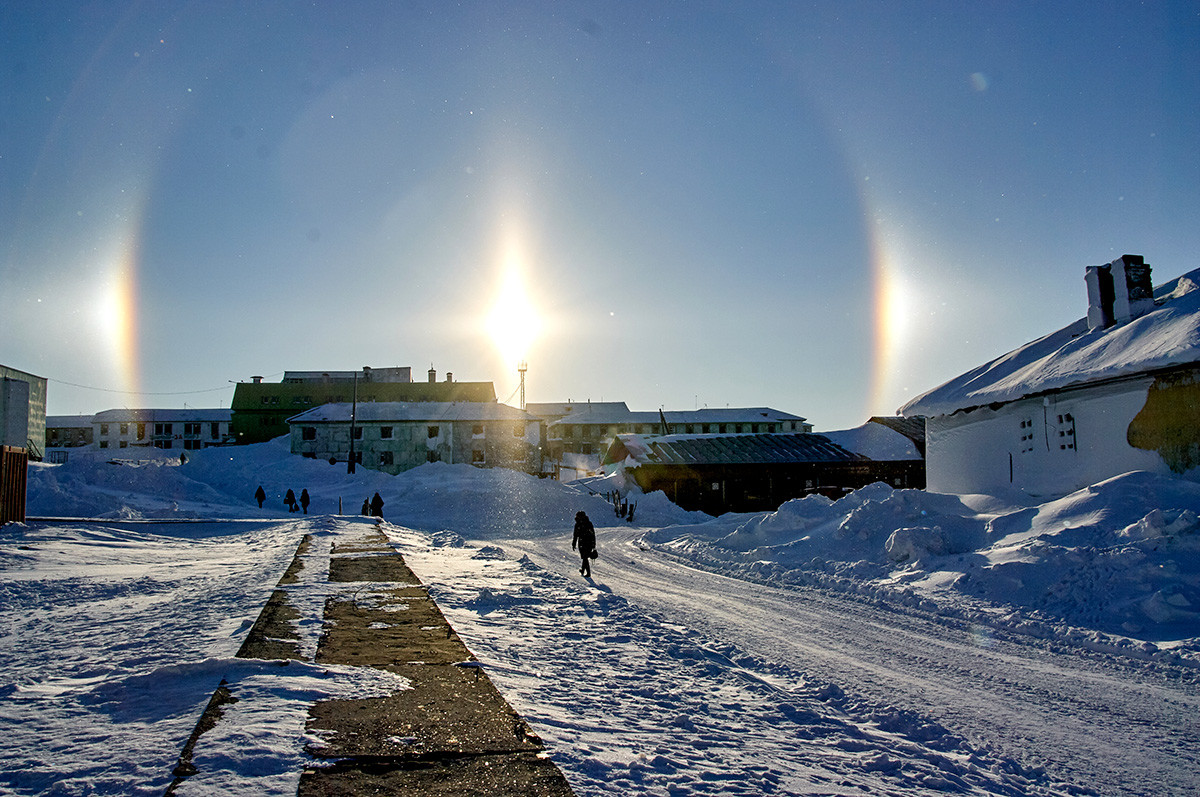 The settlement, nicknamed ‘Arctic’s Capital’ after a popular Soviet-era song by locals, is so isolated from the rest of Russia that the chance of getting fuel only presents itself once a year, during the navigation period. Delivery is carried out by ship. There’s no gas station to speak of and the nearest one is 500 km away. But you can’t reach it anyway, as there are no roads. “Private cars are a big rarity here. People mostly ride snowmobiles and motorboats. During navigation [season], we order around one-two tons of fuel. This is enough for a year,” local resident Aleksandr Anisimov says. 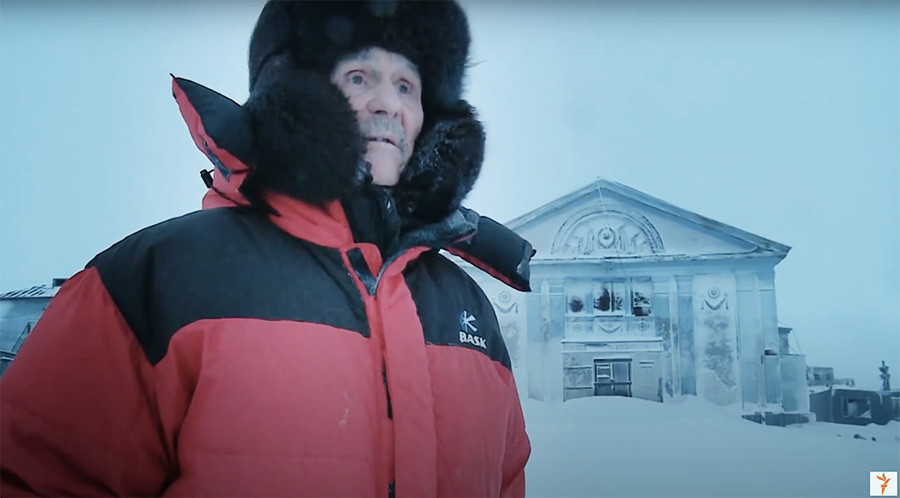 It’s the same way with the Internet connection - it’s very weak in Dikson. No one’s ever even tried to stream a video. It takes up to two hours just to load and view a few photos!

The village is also under constant threat from wild animals. The task of being forest rangers falls to local police, as there’s simply no crime in Dikson. “We’ve got both wolves and bears here. They can unexpectedly emerge from behind houses or simply walk out of them,” Mikhail Degtyarev says. There are warnings all across town to not feed the bears and (if you want to take it up a notch) never take pictures with them.

Telephone on the roof

Kusur is the most hard-to-reach village in Dagestan. It is located high in the mountains and only has one road leading up to it. In order to get there, one has to drive seven hours from the capital Makhachkala. Near the village of Mukhakh, at the base of the Main Caucasus ridge, the road ends. What follows is a dangerous mountain path. The journey to Kusur is 15 kilometers. 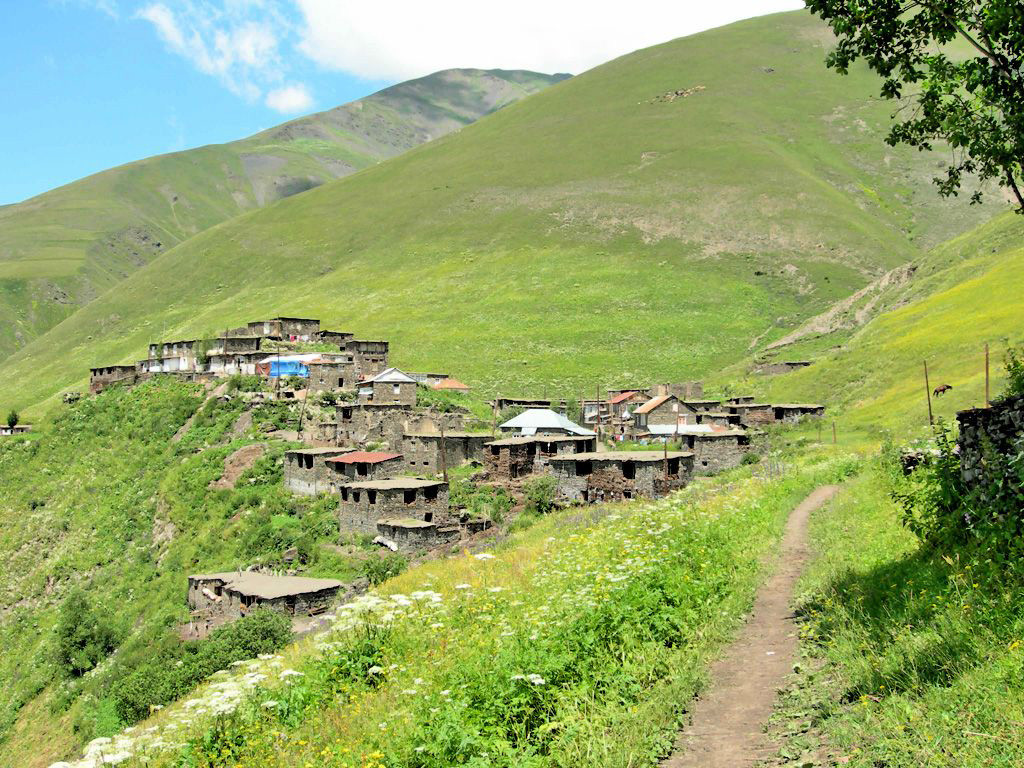 In summer, about seven or eight houses in the village are inhabited. In winter, those who are able to migrate, do so. And you’ll have to brave 20 kilometers of frozen river on skis just to get to the neighboring village of Dzhinykh. 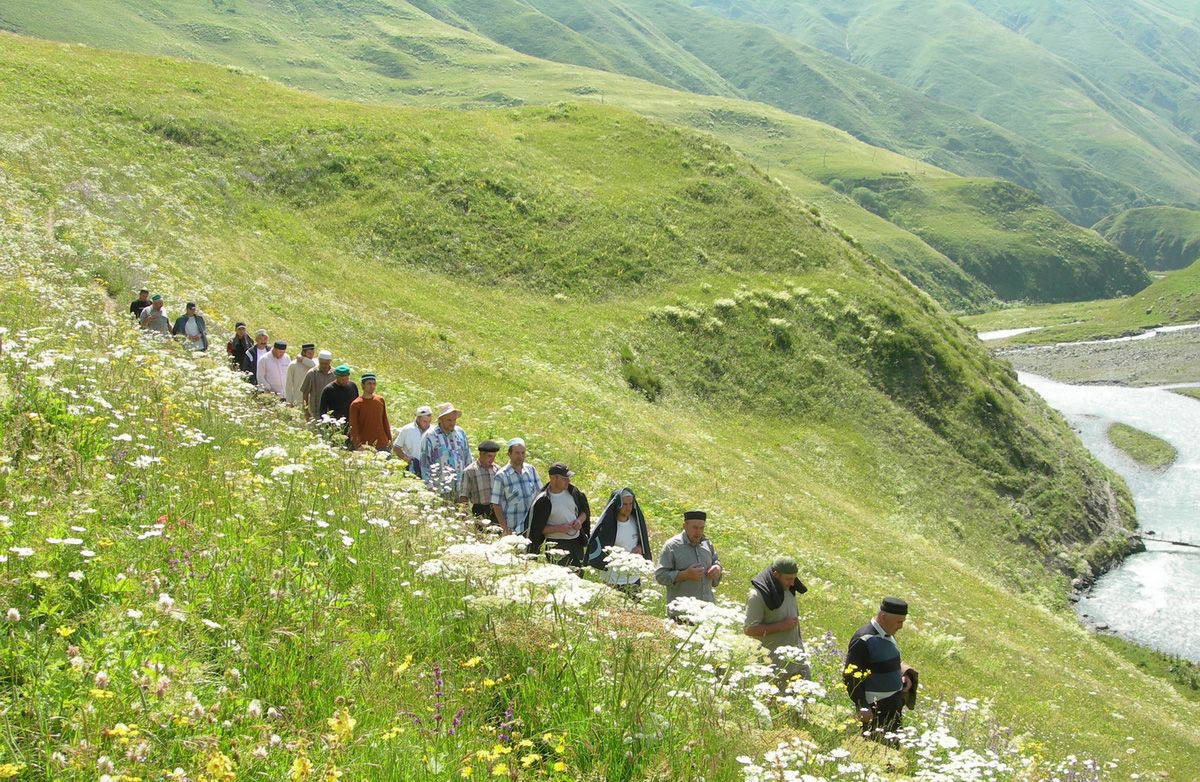 The only modern civilizational perk you get in the village is a payphone stall. You can’t use it to call, as the village doesn’t sell credit, but you can accept calls. The first villager to hear a ring picks up and goes searching for the person the caller is asking for. That said, mobile phones do exist in the village, however, coverage is limited to just about the radius of one house, near the summit, and only near the face that overlooks the mobile network’s tower. The phone is attached to the wall using a home-made metallic plate with hooks sitting in the precise spot where the signal is strongest and carefully dialing the number without taking the phone off the binding. During the day, you can see a big line of people on the bench there, waiting their turn.

Internet in a field and quad drone nomads

Ever since the start of the coronavirus pandemic, life in particular remote regions in Russia has resembled a game quest. On the one hand, inhabitants of such areas might see the value in their isolation; on the other, children in such regions have grown to detest distance learning. If, for most of Russia, this means being cozy with a mug of tea and in sweatpants by the computer, for those kids, it’s something a bit more extraordinary.

Students from the village of Prikamye (1200 km from Moscow), for example, must sit on rooftops for hours just to stay connected to the Internet. “I climb the roof in order to send in my homework and download files. I stand there for an hour. But if you take a break, you have to start downloading all over again,” Amina Kazarinova says. 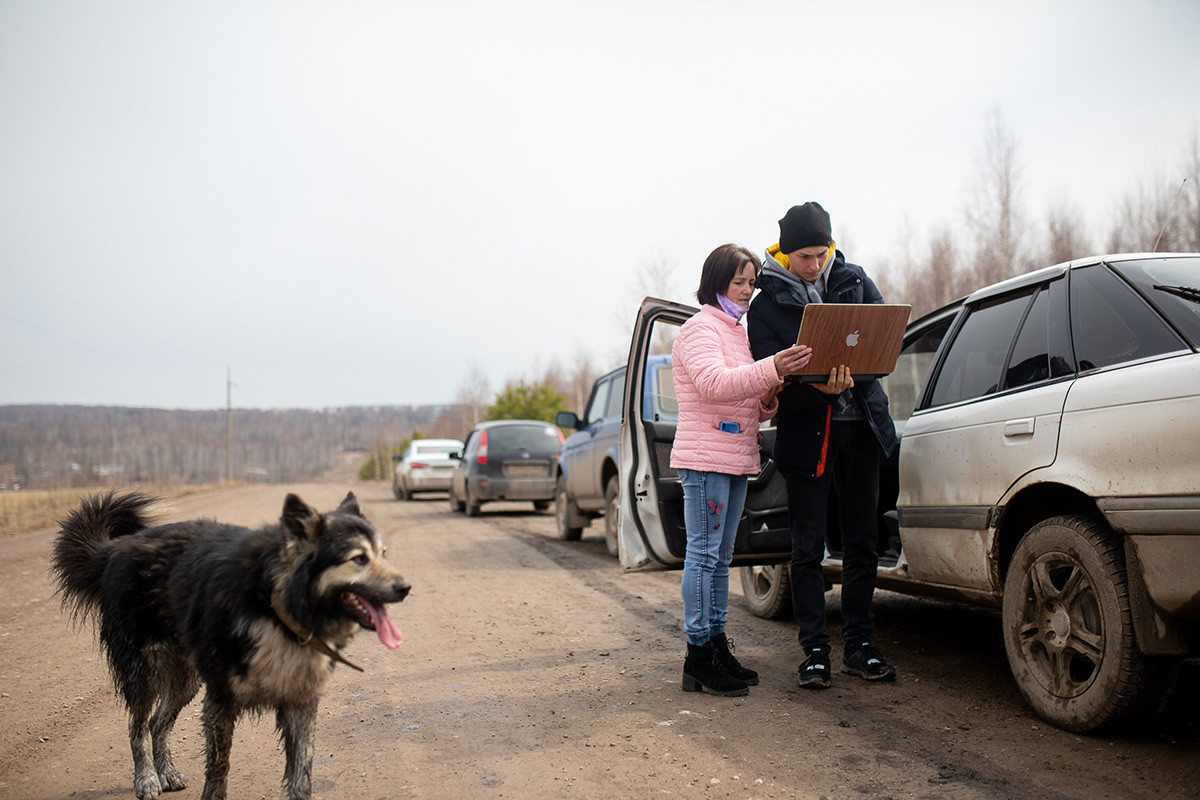 In Bashkortostan, in the village of Kulmetyevo, students can only get internet access on a path in the middle of a field. To do that, according to locals, you need to take a car. “A car can take four students, all of them doing homework, some on their phone, others using a laptop.” 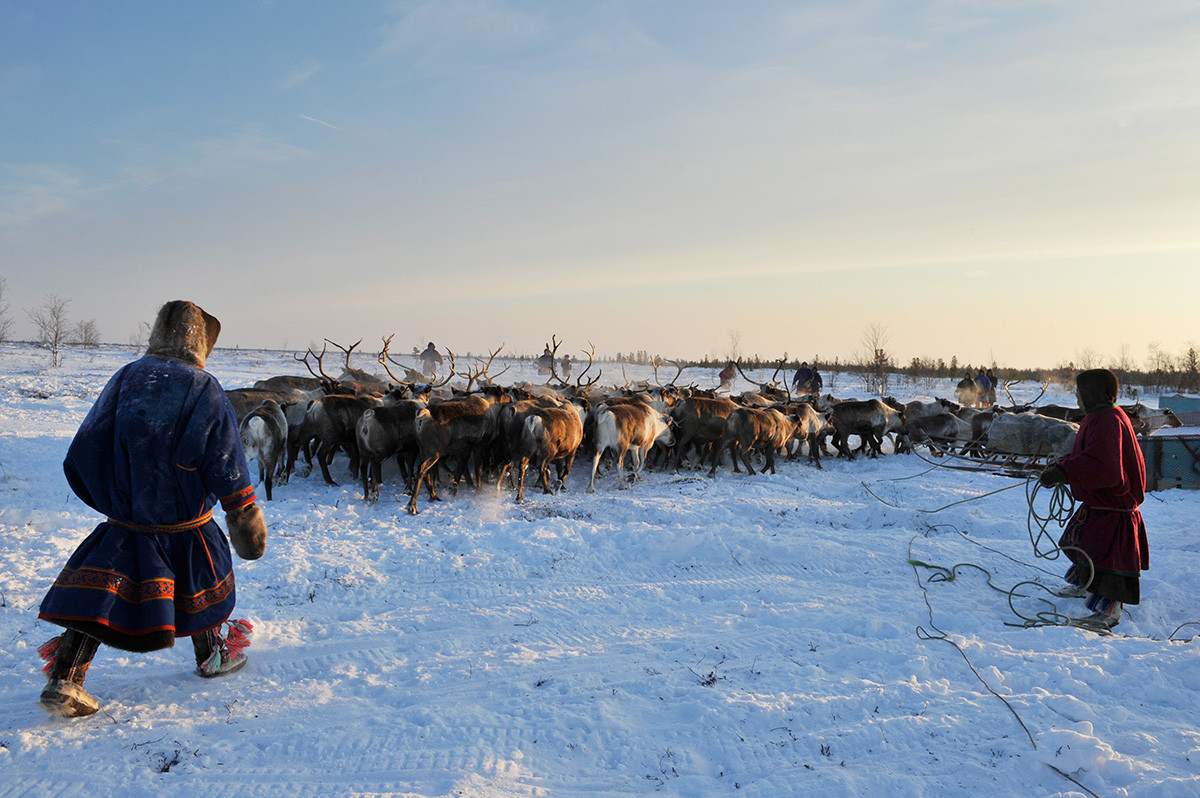 At the same time, those who live a nomadic lifestyle and travel all their lives across wild terrain - we’re speaking here of deer herders from the Sakha Republic - actually get to experience some cool new perks. These days, their deer are watched by quad drones. It’s much easier to find one that goes missing this way. “We use the quadcopter in places where the forest gets thicker. Deer are only scared of it when it flies fast - the sound really irritates them. When it hovers in place, they’re alright,” herder Sergey Laptander says.