Lifestyle
Russia Beyond
What was the model Sovet man supposed to be/look like? He was hard working and sporty and loved his country!

Soviet posters exploited images of women quite a bit - they were portrayed as collective farmers, exemplary workers, mothers and active members of society. But what were the images of men on posters like and what were they supposed to convey?

The military was allotted a particular place in Soviet propaganda posters. At the time of the Civil War, posters called on men to join the ranks of the Red Army and fight for the cause of the Revolution. Later, there were posters extolling the might of the army and its heroic soldiers. 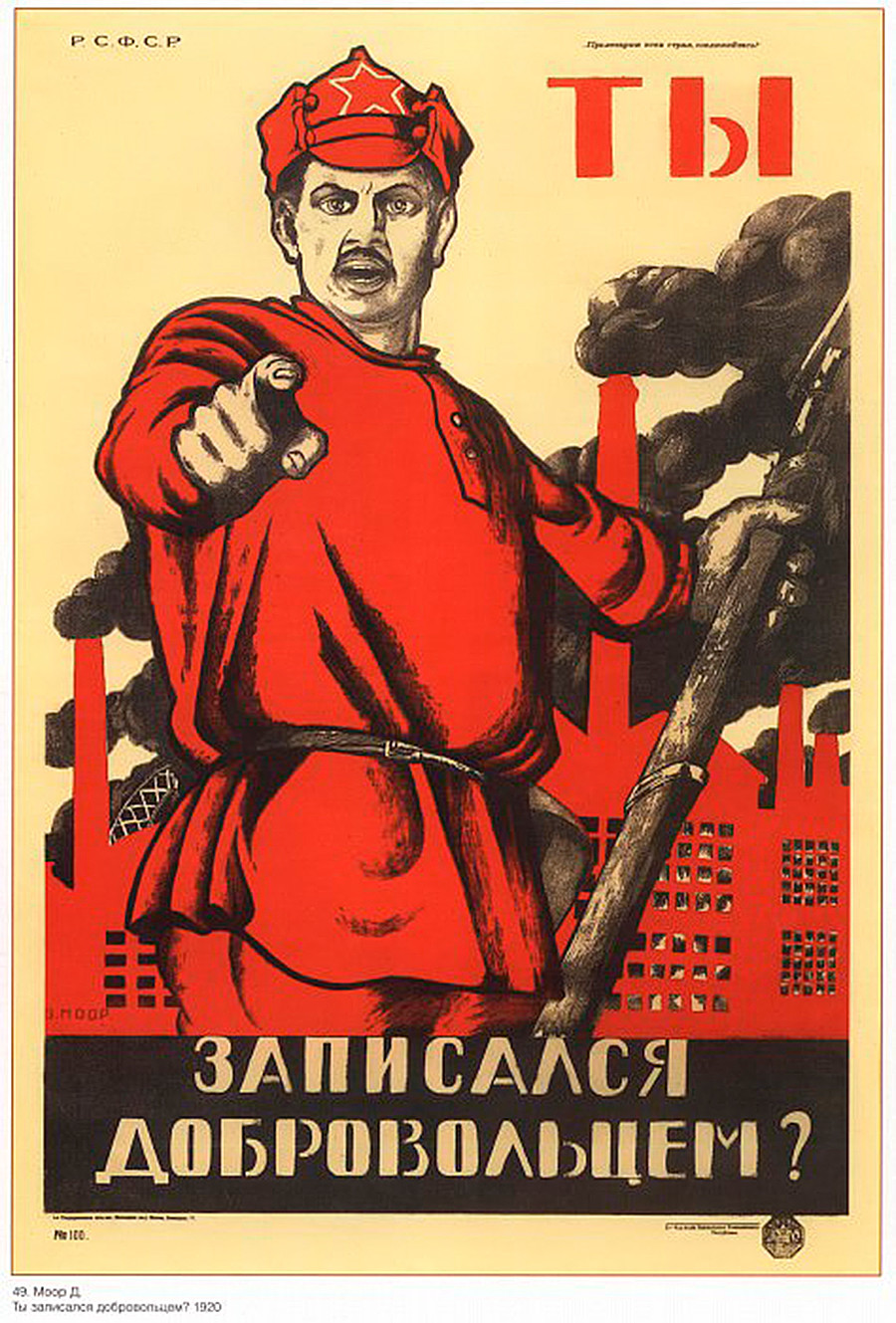 2. “Long live the Red Army - the armed detachment of the proletarian revolution!” 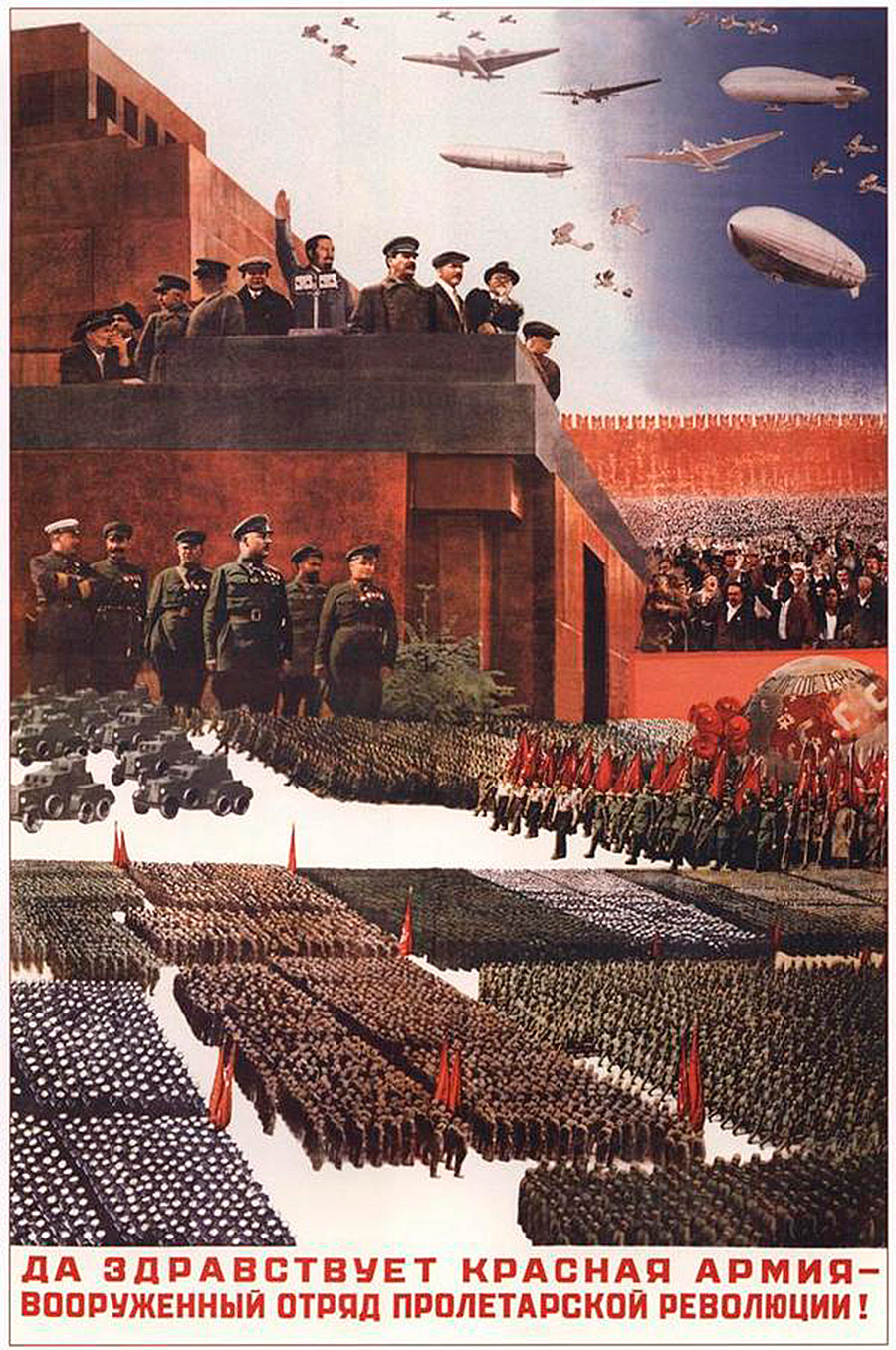 3. “Glory to the Soviet soldiers standing guard over the Motherland!” 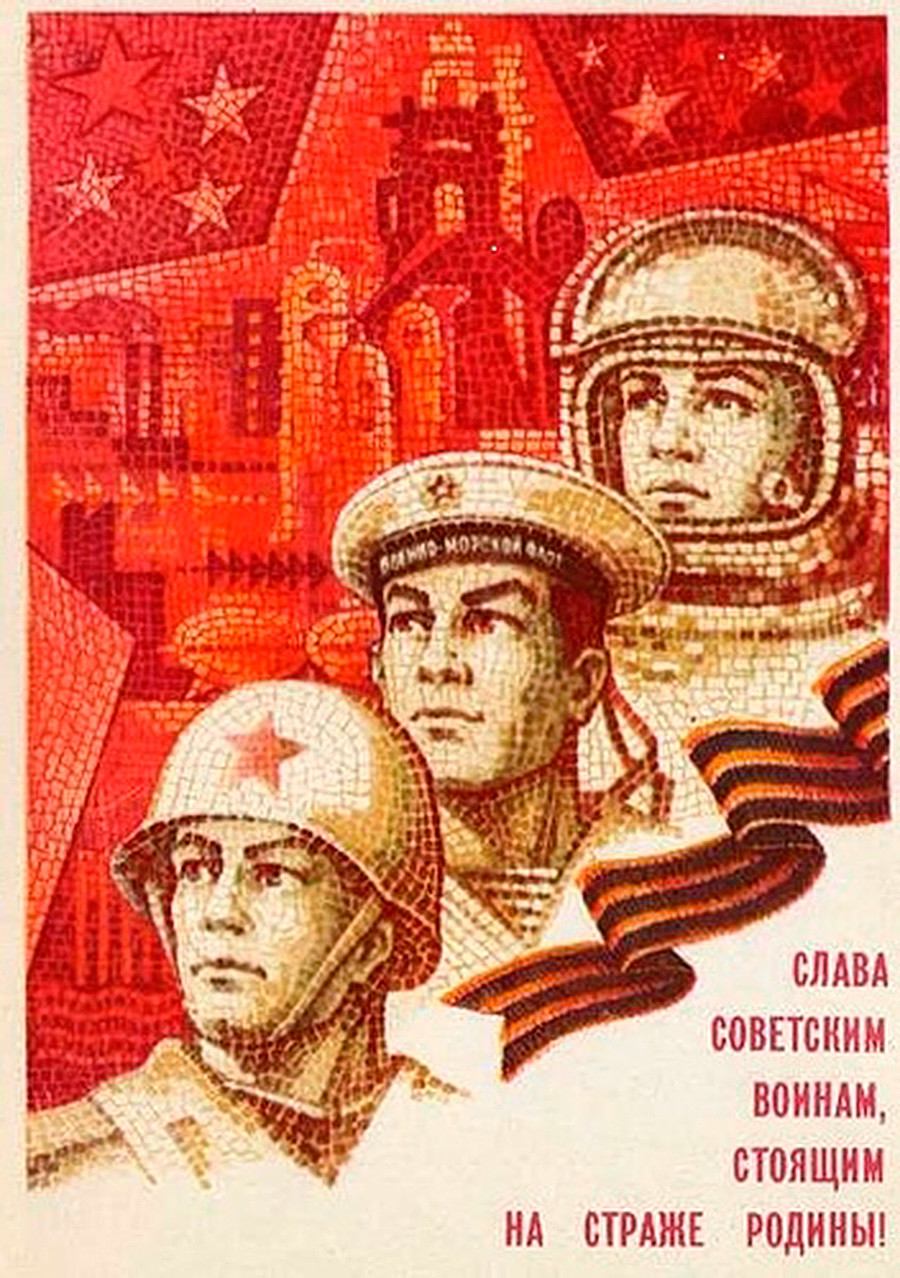 One of the main purposes of propaganda was to rally people to the cause of collectivization and industrialization. Soviet people were urged to join a collective farm, work in a factory and build houses (as well as a bright future) together.

4. “Come to our collective farm, comrade” 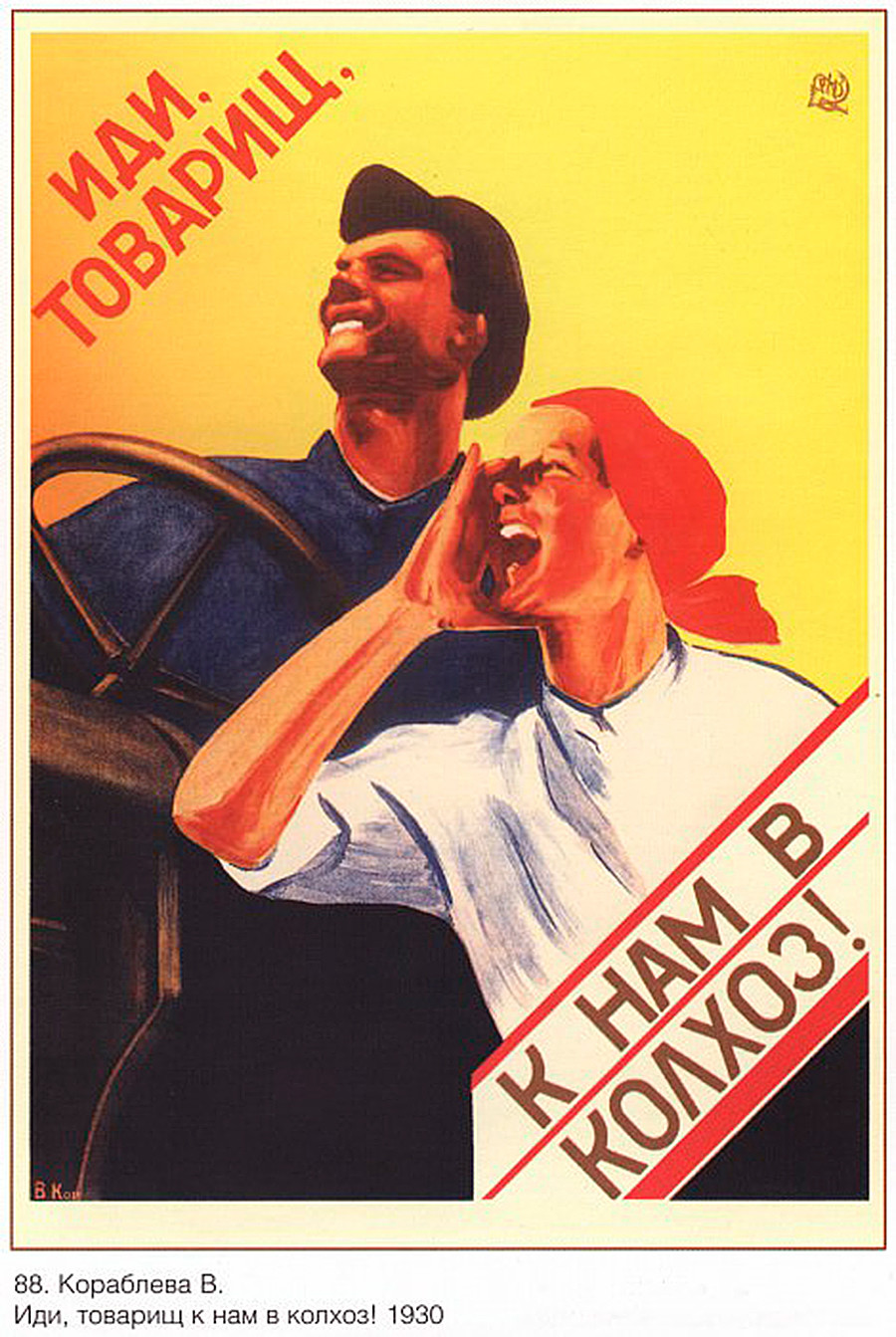 5. “Collective and individual farmers! We shall hand the grain over to the state as pledged, fully and on time!” 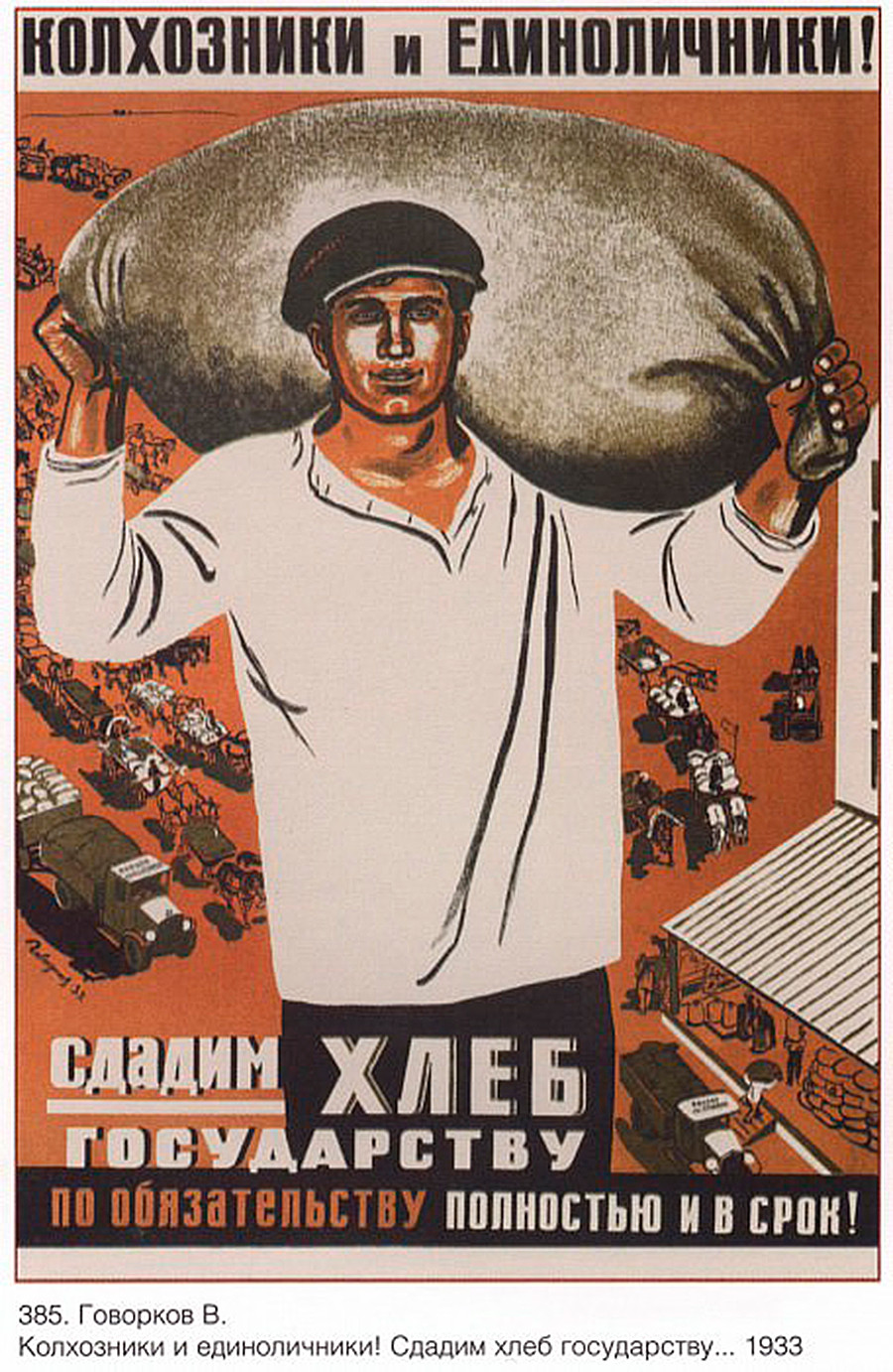 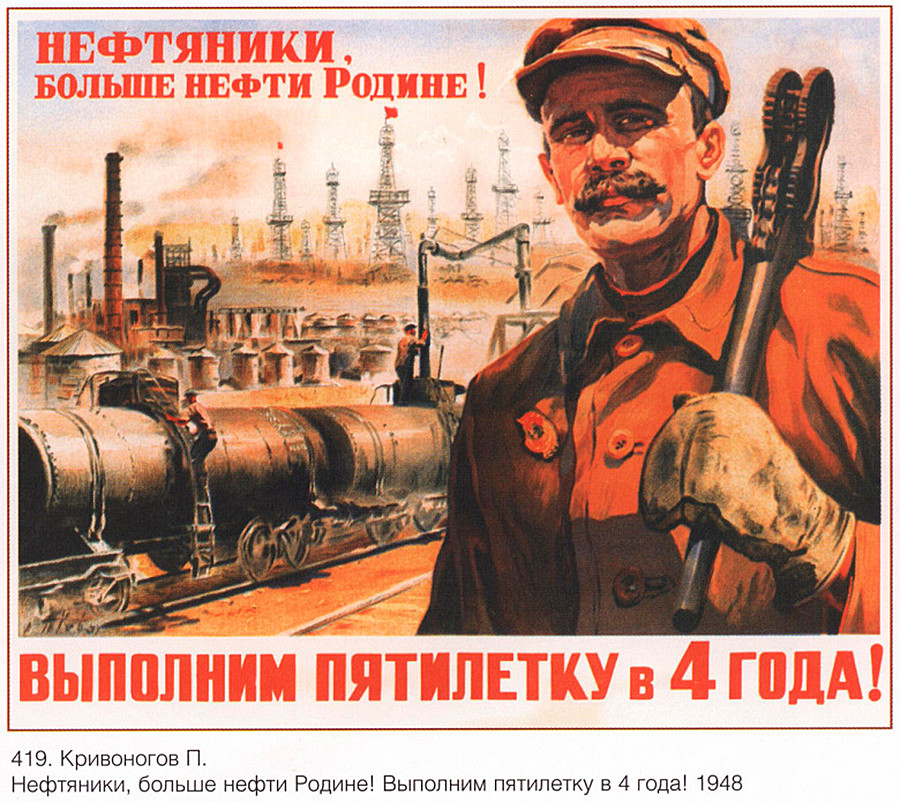 7. “Experienced workers, don’t mock the young. Let’s teach the young worker and give him a leg up.” 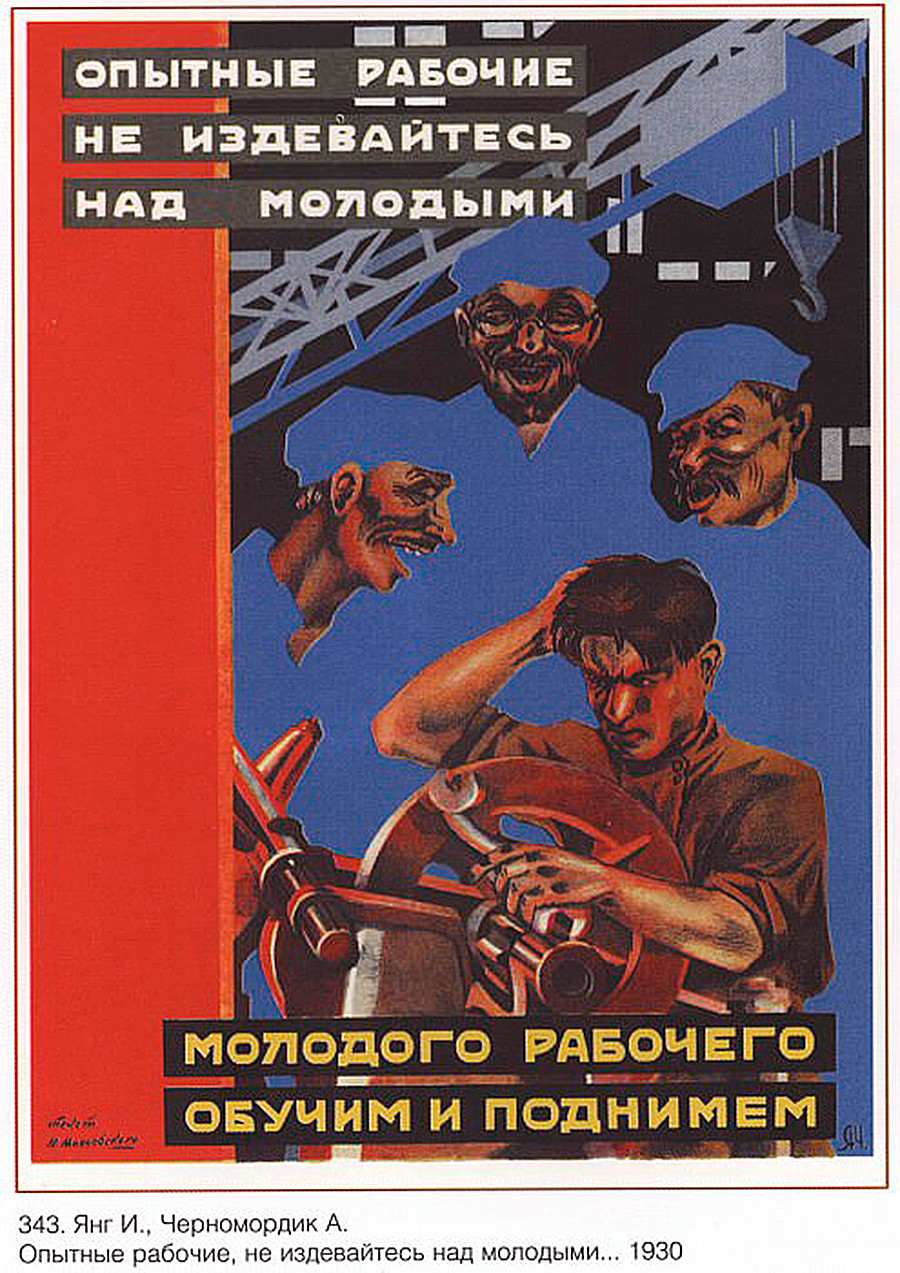 8. “Building fast, durably, cheaply and beautifully - our contribution to the cause of peace” 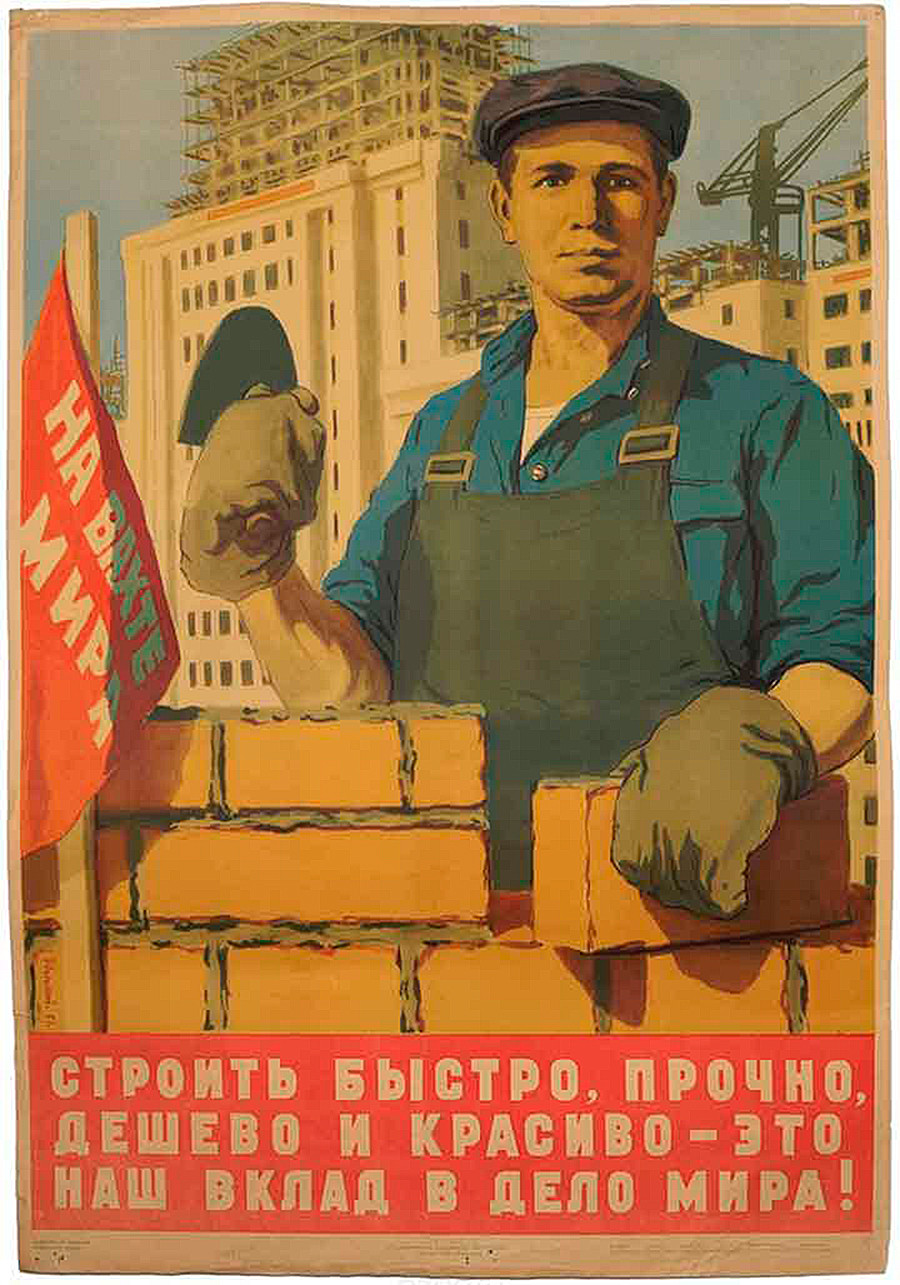 The images of leaders Vladimir Lenin and Joseph Stalin were also exploited on a very wide scale, as well as the ideologists of Communism, Karl Marx and Friedrich Engels.

9. “A specter is haunting Europe - the specter of Communism” 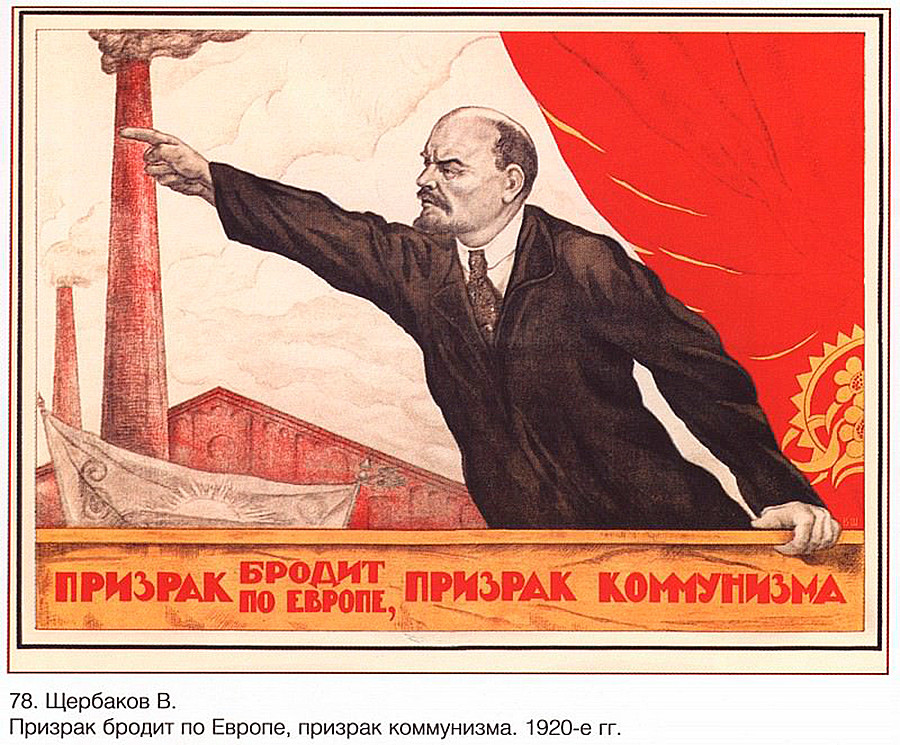 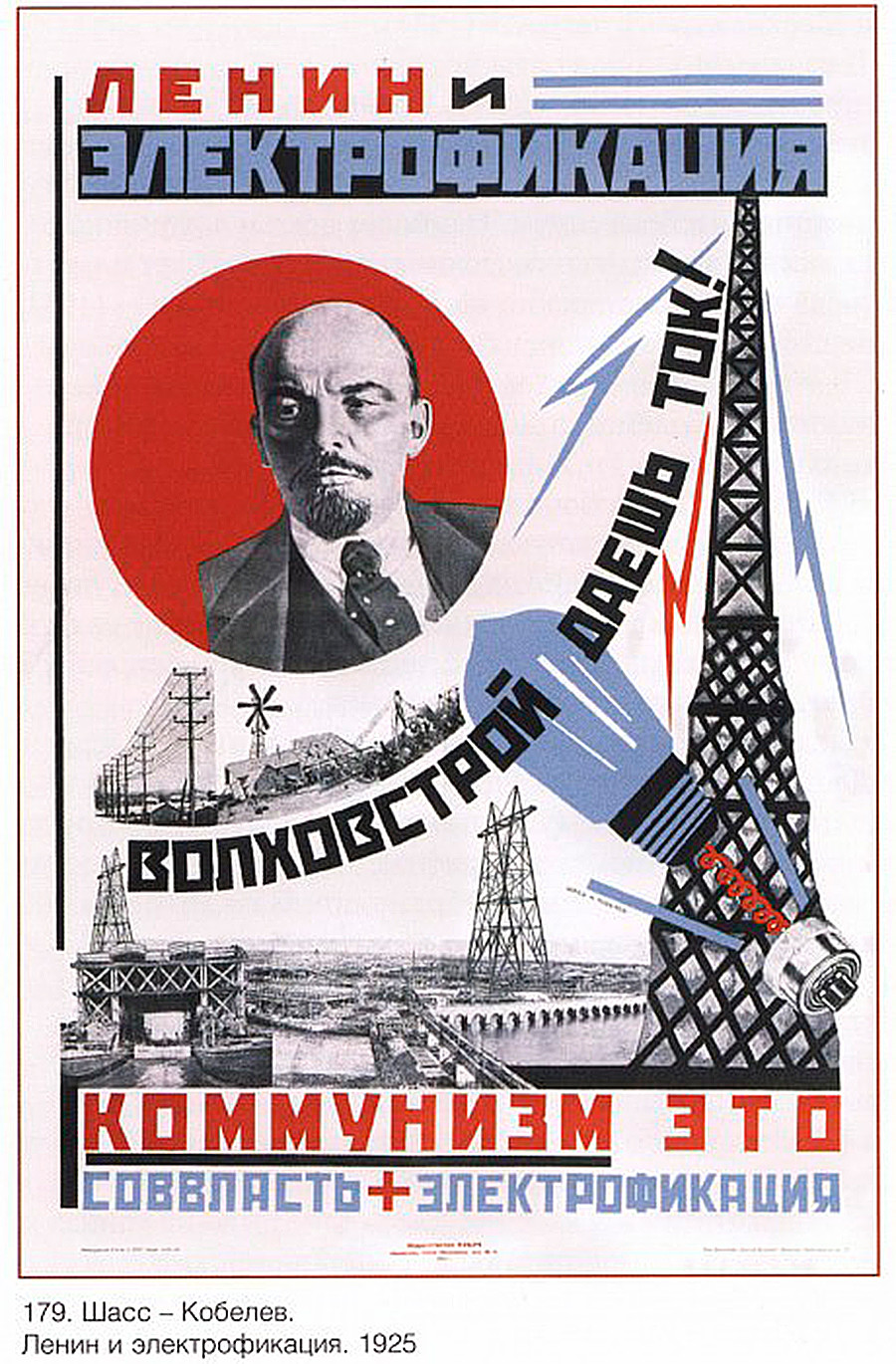 11. “The captain of the Land of the Soviets steers us from victory to victory!” 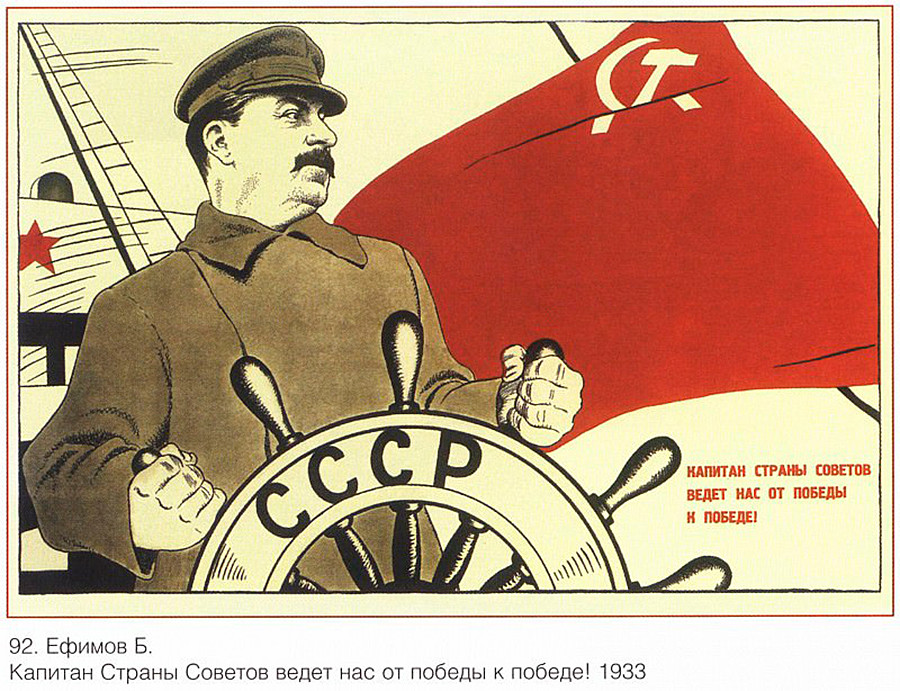 12. “Raise higher the banner of Marx, Engels, Lenin and Stalin!” 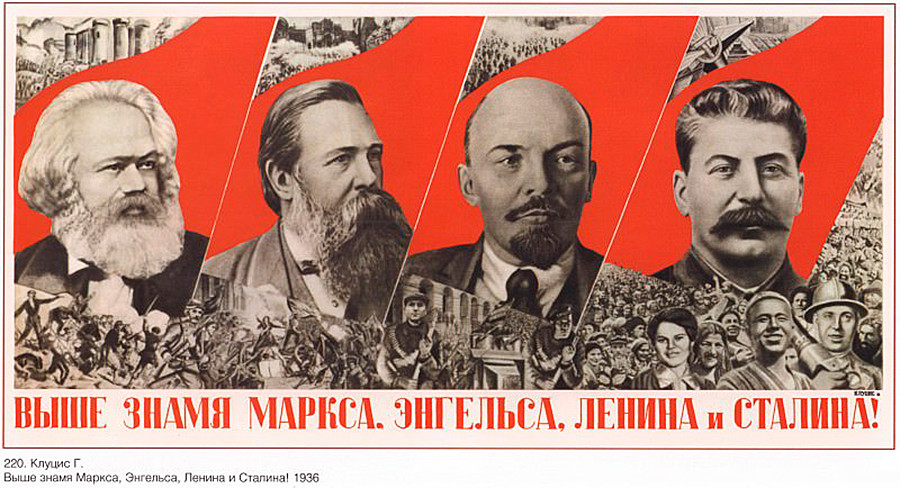 Posters from the time of World War II had a particularly expressive power. Minimum words and details - but maximum meaning. 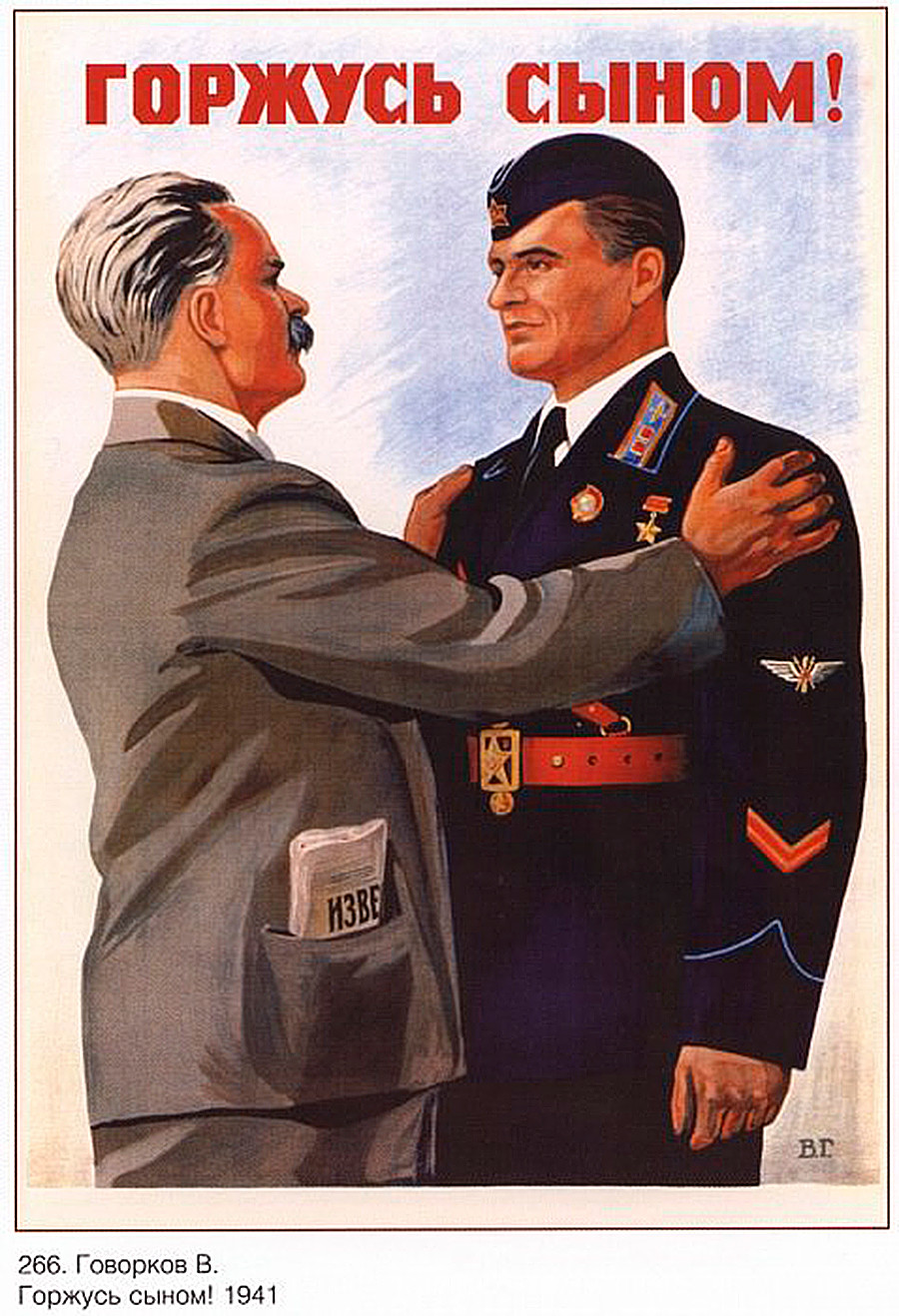 14. “Our land is famed for its warrior heroes” 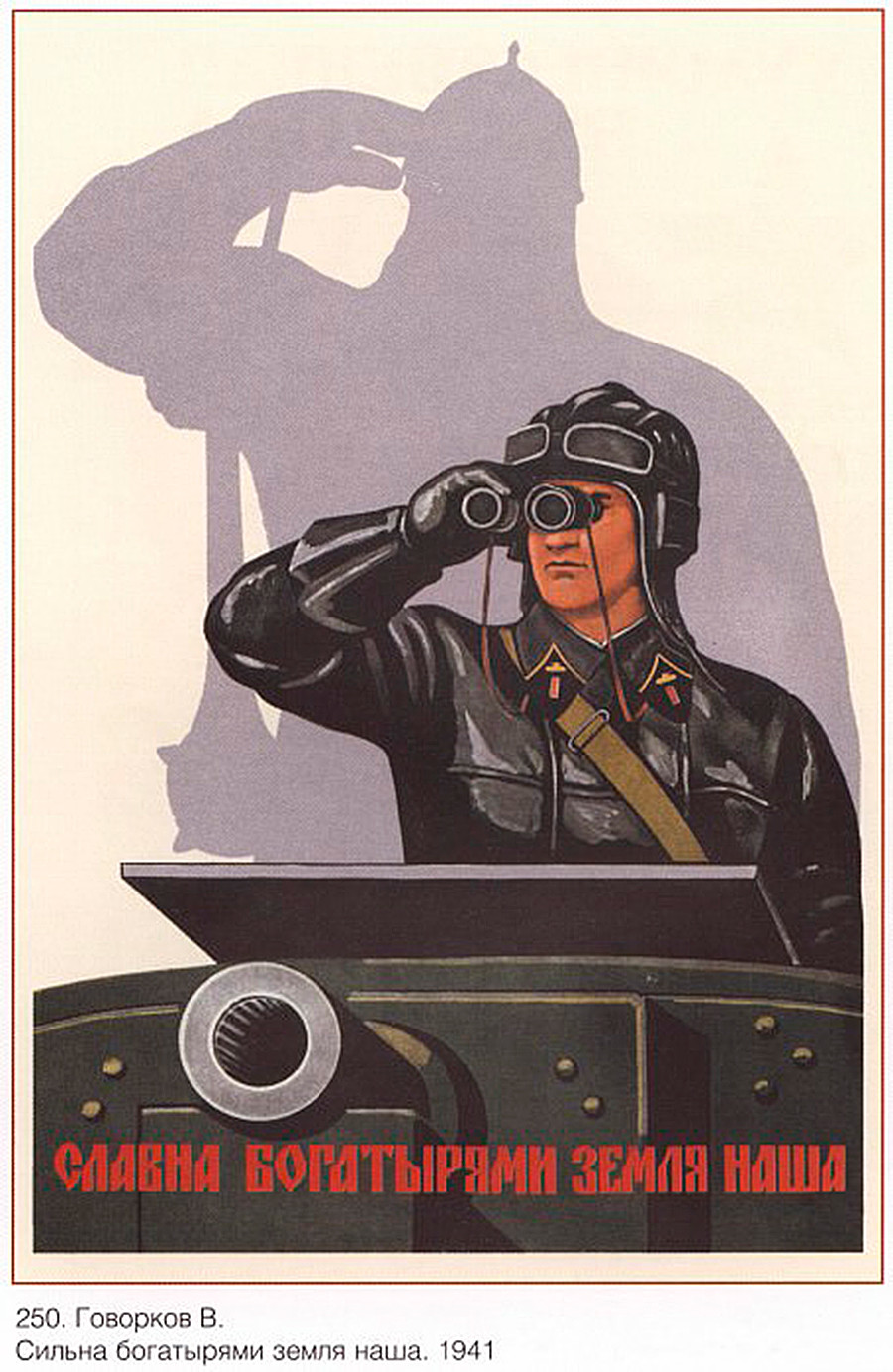 15. “The people and army are invincible!” 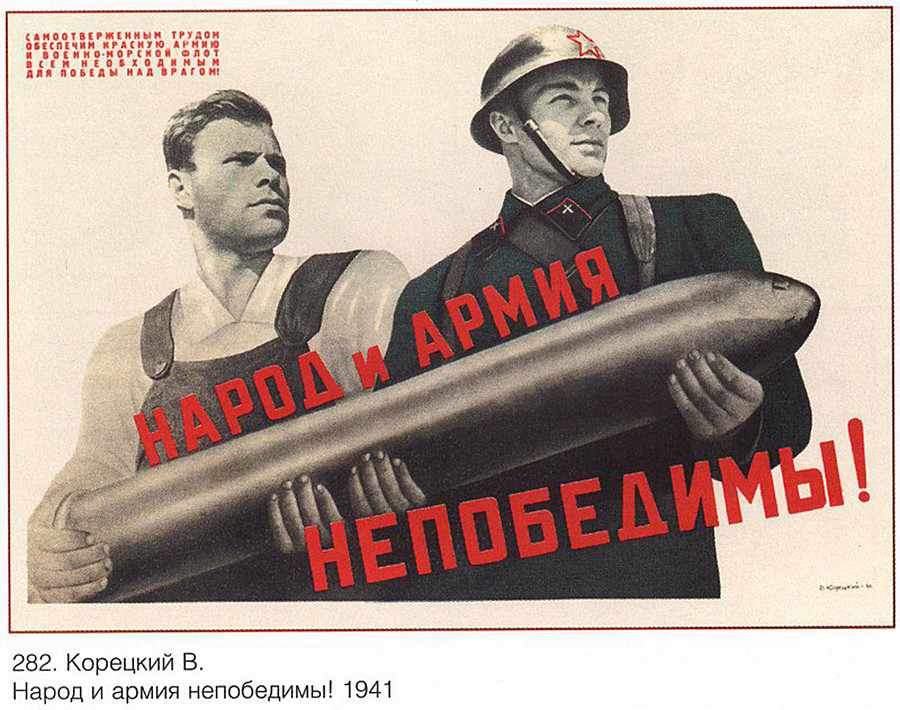 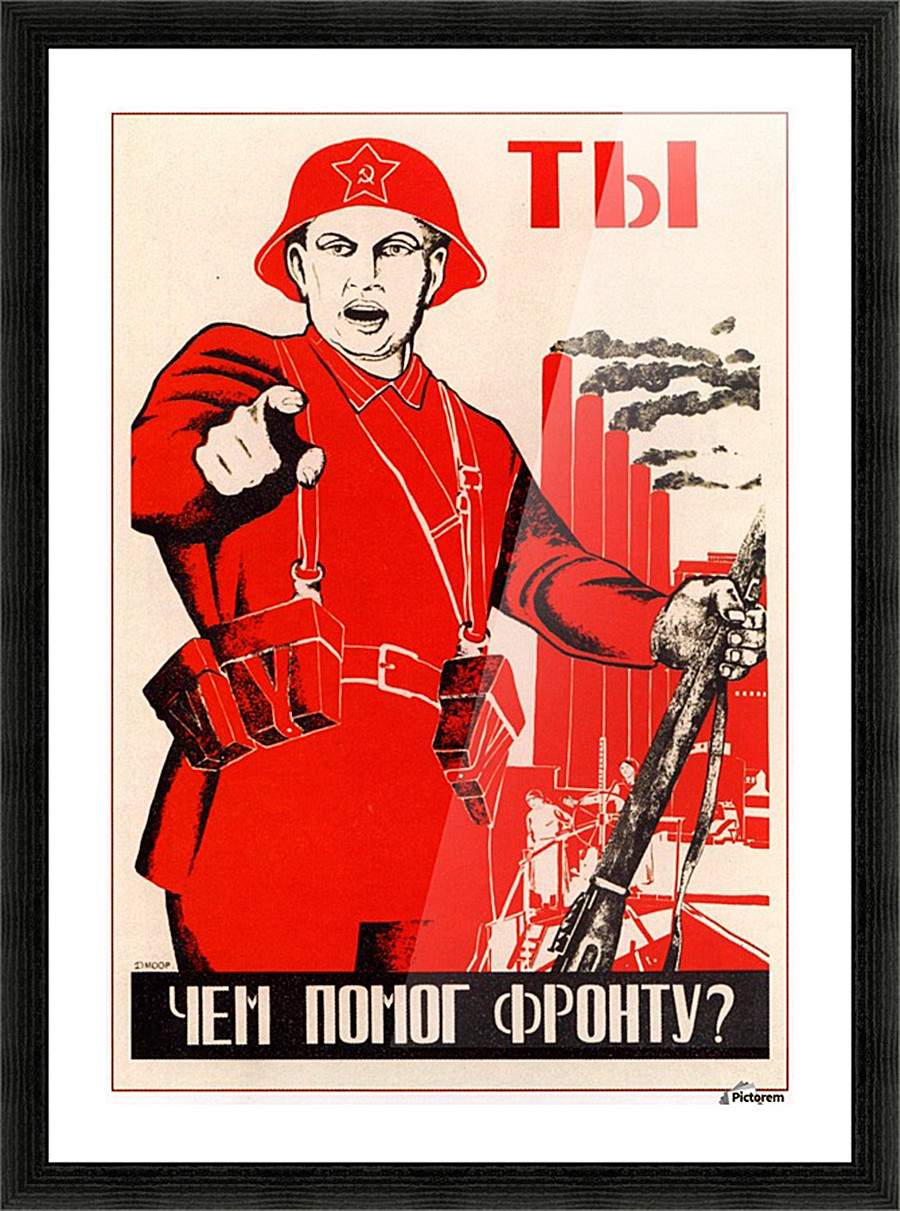 Soviet men needed to be strong and healthy, of course, and so there was widespread propaganda about the benefits of physical exercise and sport and the need to toughen up. Over-eating and alcohol were condemned. 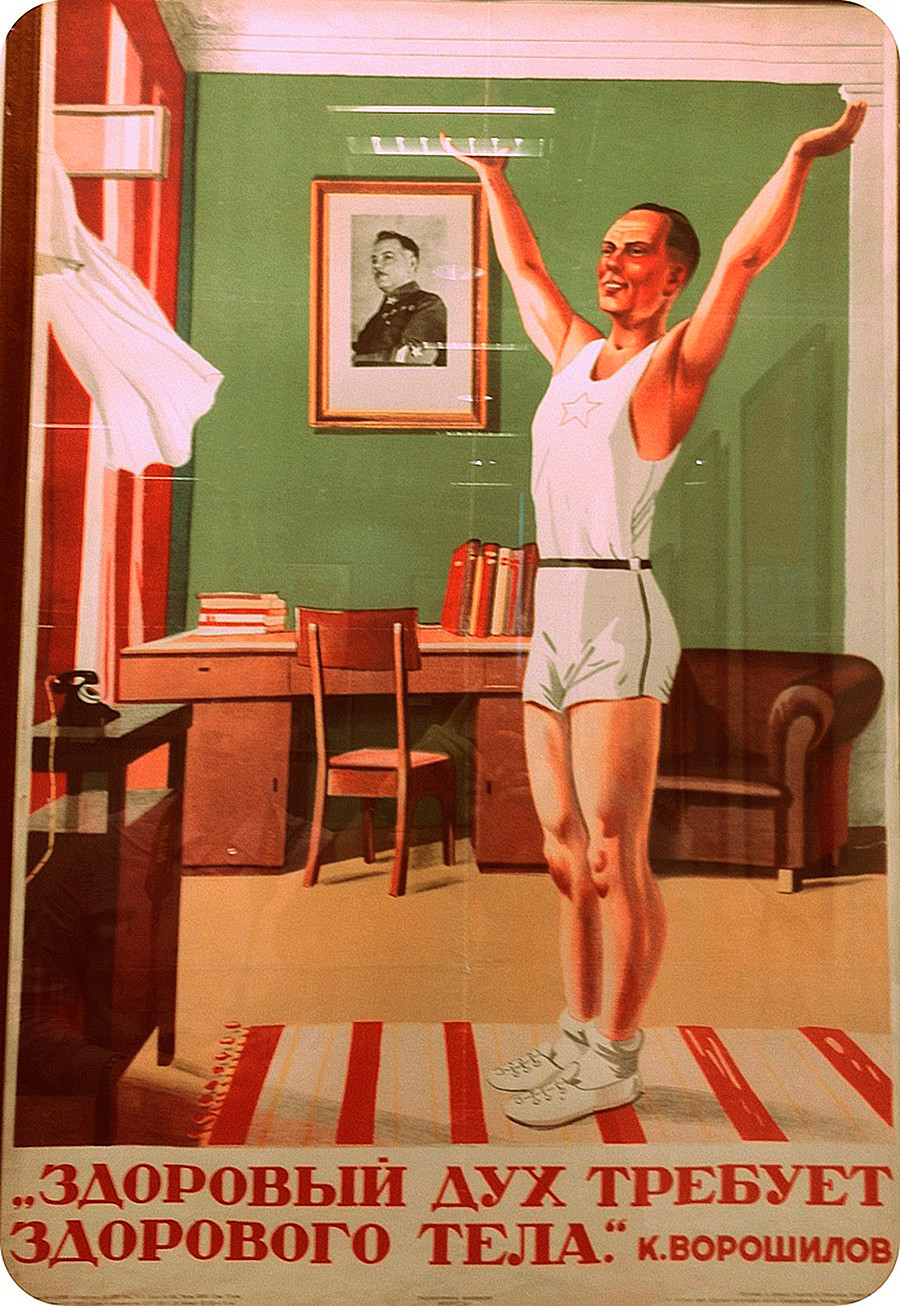 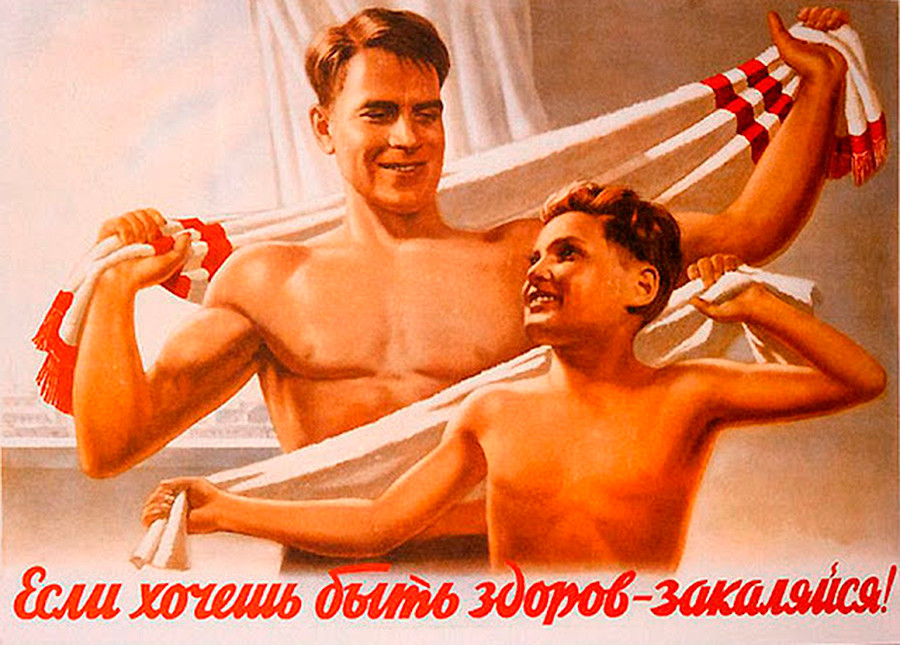 19. “Have a varied diet, eat regularly and in moderation. To get fat is to get old!” 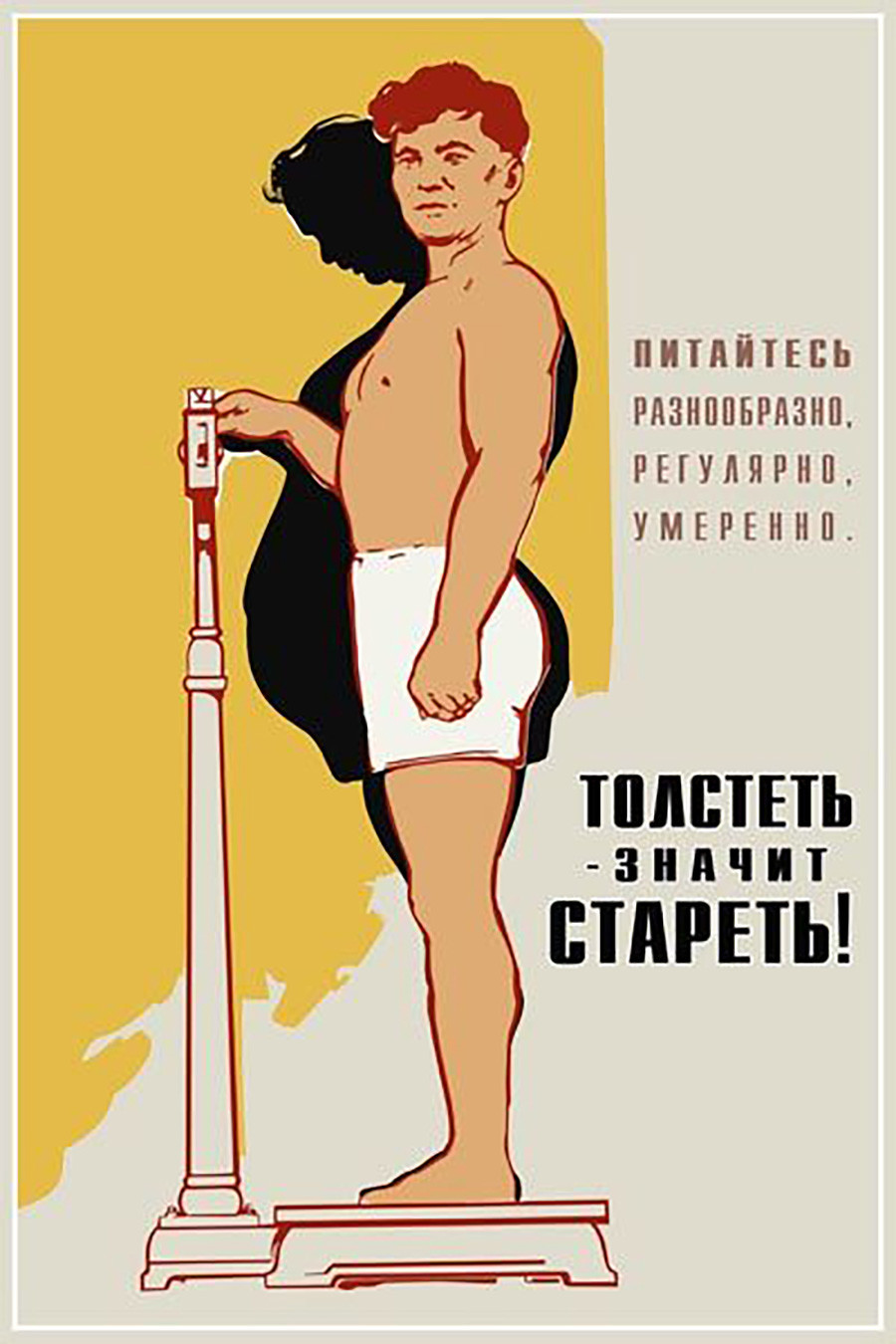 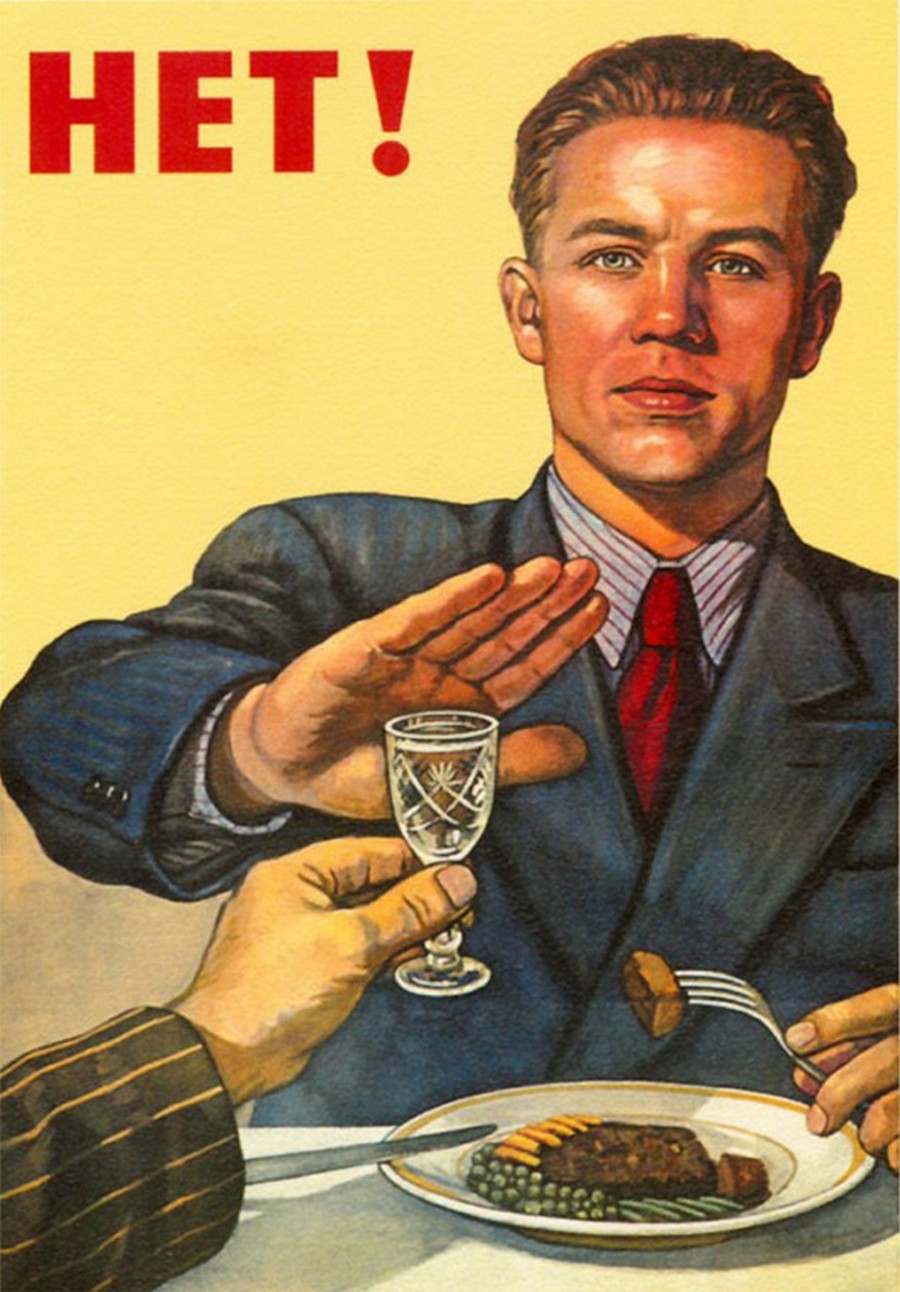