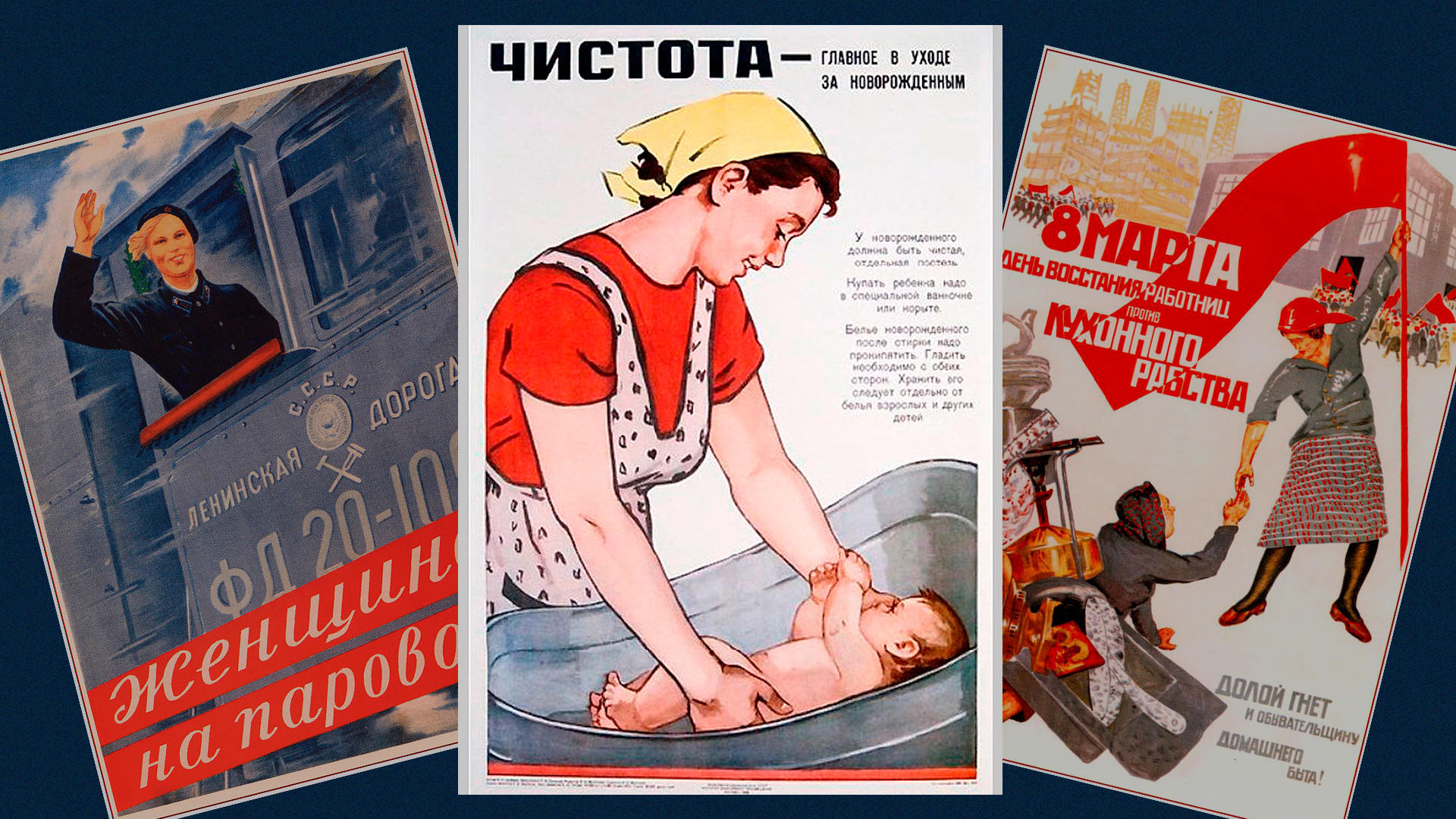 B.Deikin; A. Deineka; N.Vatolina
The evolution of propaganda posters reflected what Soviet women were supposed to be like and their changing image and role in society.

The USSR was arguably the first country to put the ideas of feminism into practice. Women had equal rights with men, including the right to vote (even before Great Britain and Germany). Also, women were addressed using the gender-neutral term tovarish (“comrade”), just like all other Soviet citizens.

1. “Women workers and peasant women. All to the polls. Gather under the red banner alongside the men - we bring fear to the bourgeoisie!” 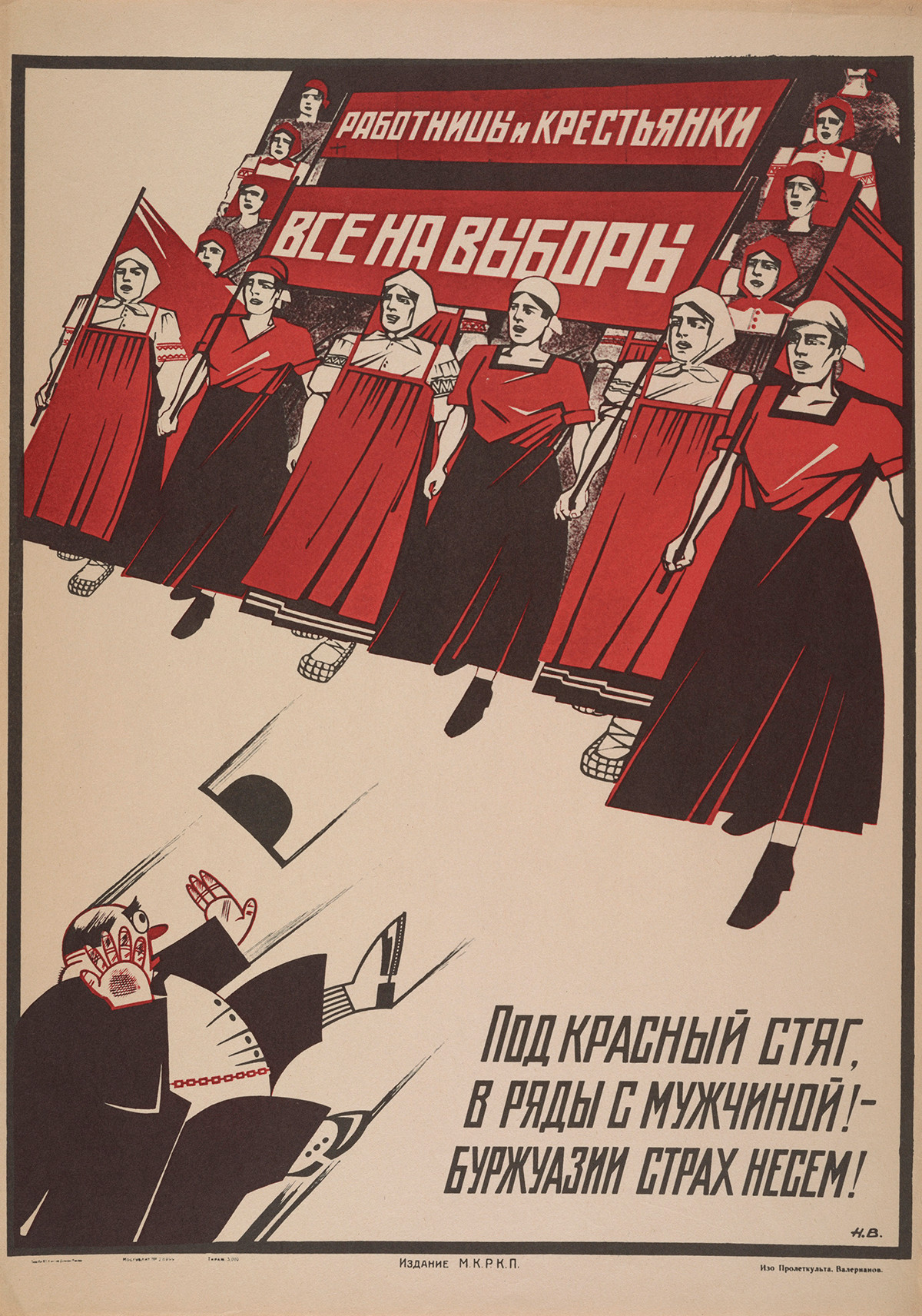 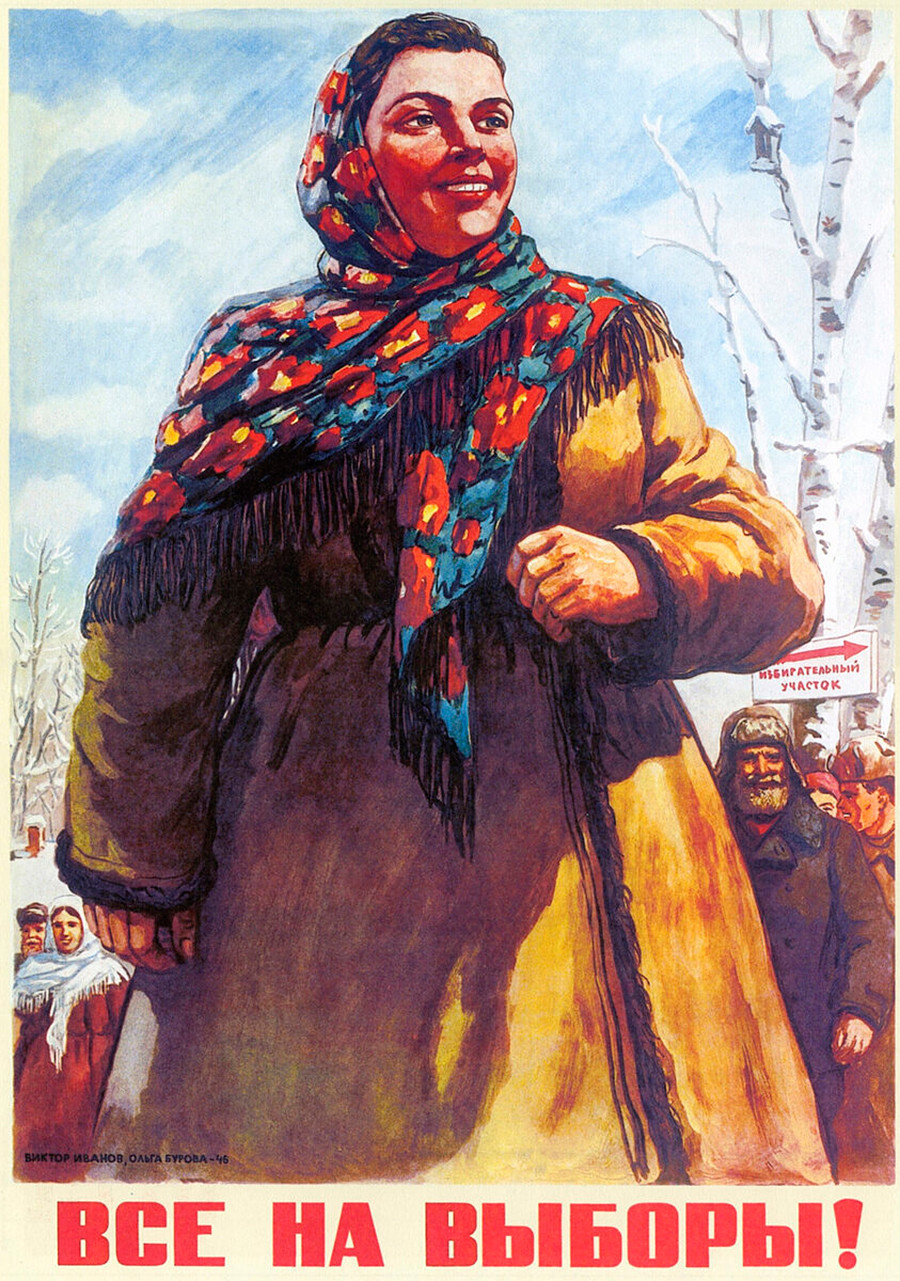 Numerous posters were dedicated to International Women’s Day on March 8. The women of Petrograd (now St. Petersburg) had staged a mass demonstration on this day in 1917. The day was regarded as a celebration of women’s emancipation. On posters dedicated to the event, women were portrayed as revolutionaries, workers, peasants and mothers and later they were just beautiful women with flowers. 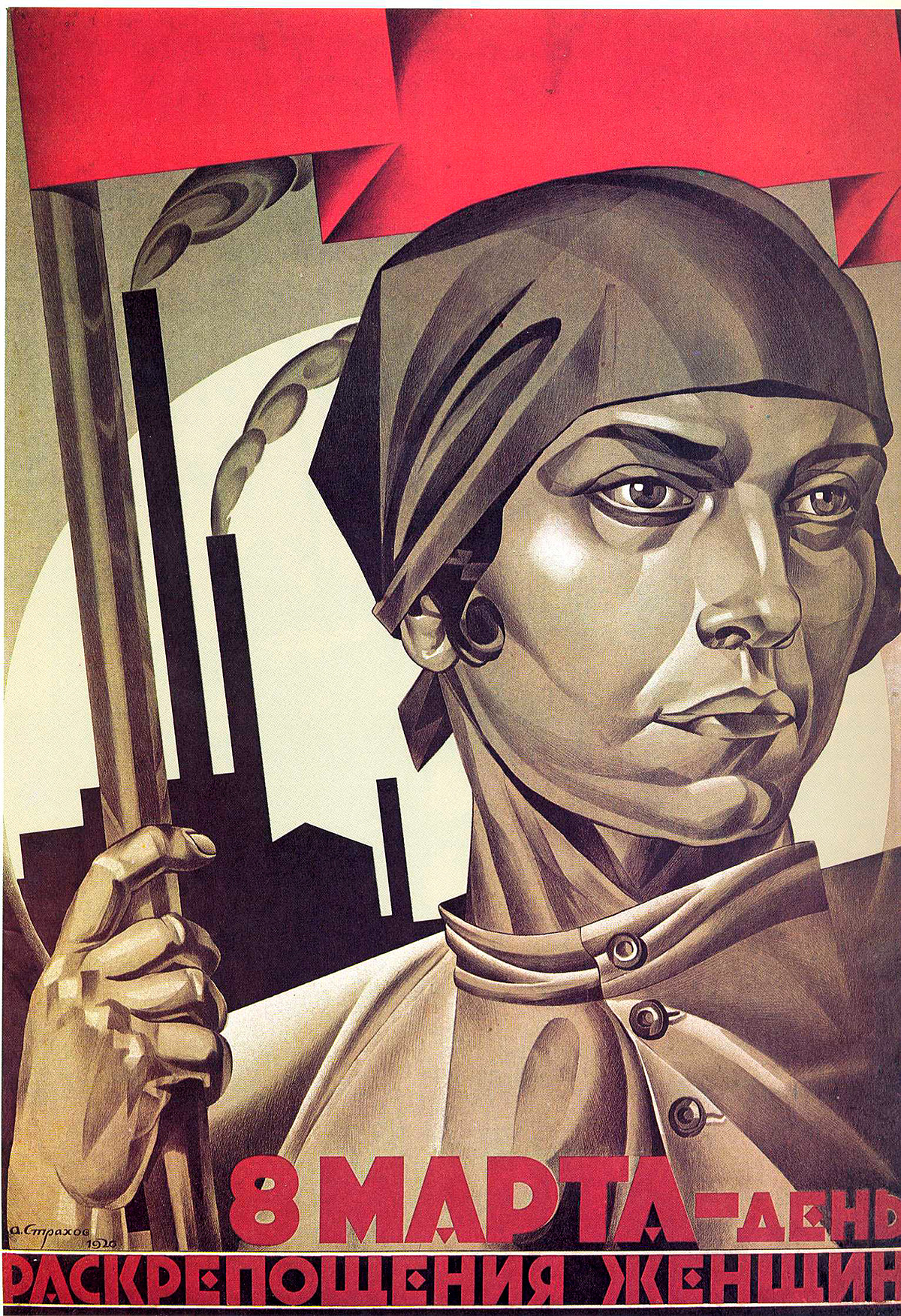 4. “March 8. Proletarian women of all countries under the banners of Comintern towards a worldwide October Revolution” 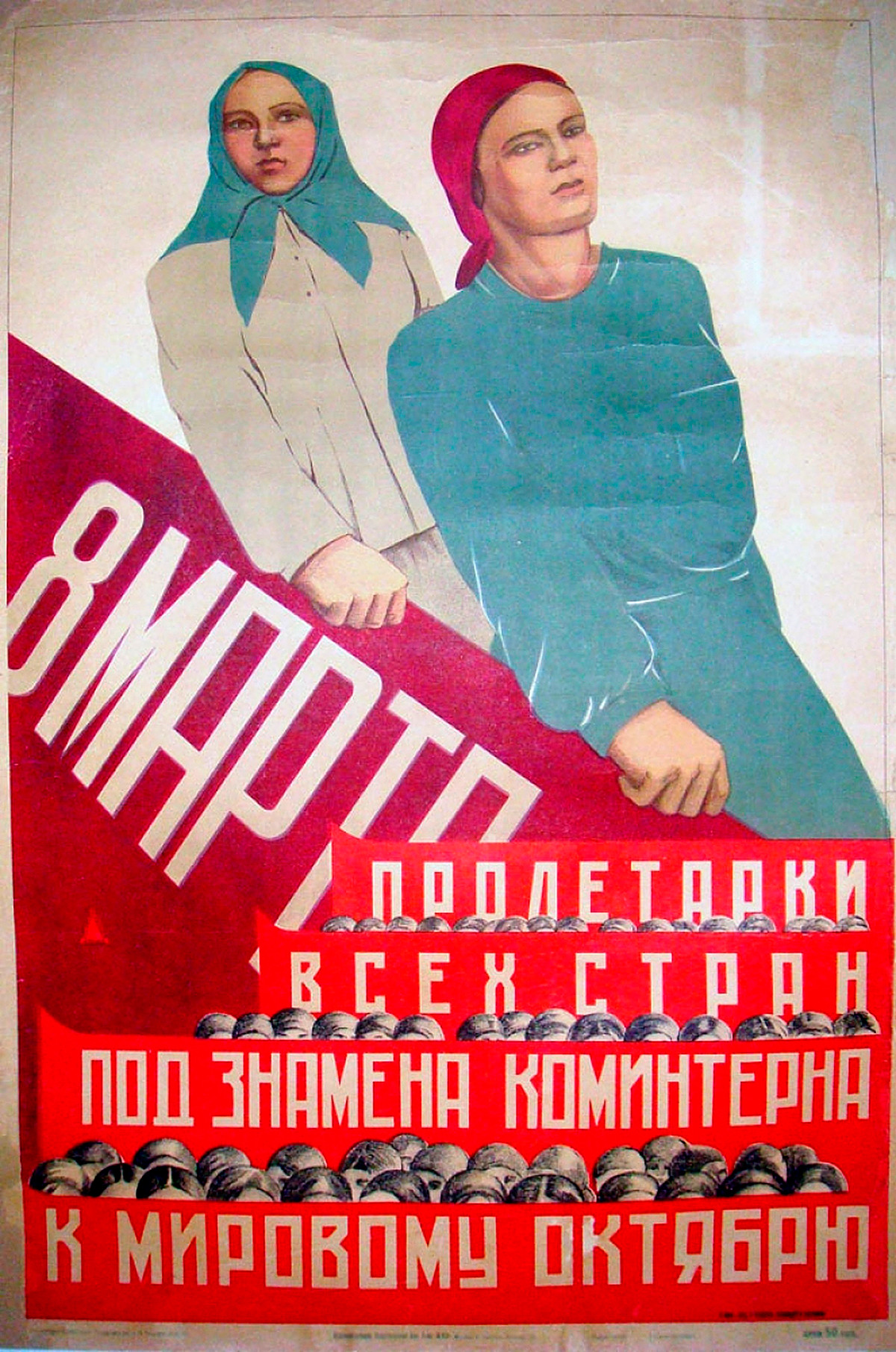 1922-1930, AKhR - Association of Artists of the Revolution fine arts publishers

5. “March 8 - A day of rebellion by working women against kitchen slavery. Down with the oppression and vacuity of household work” 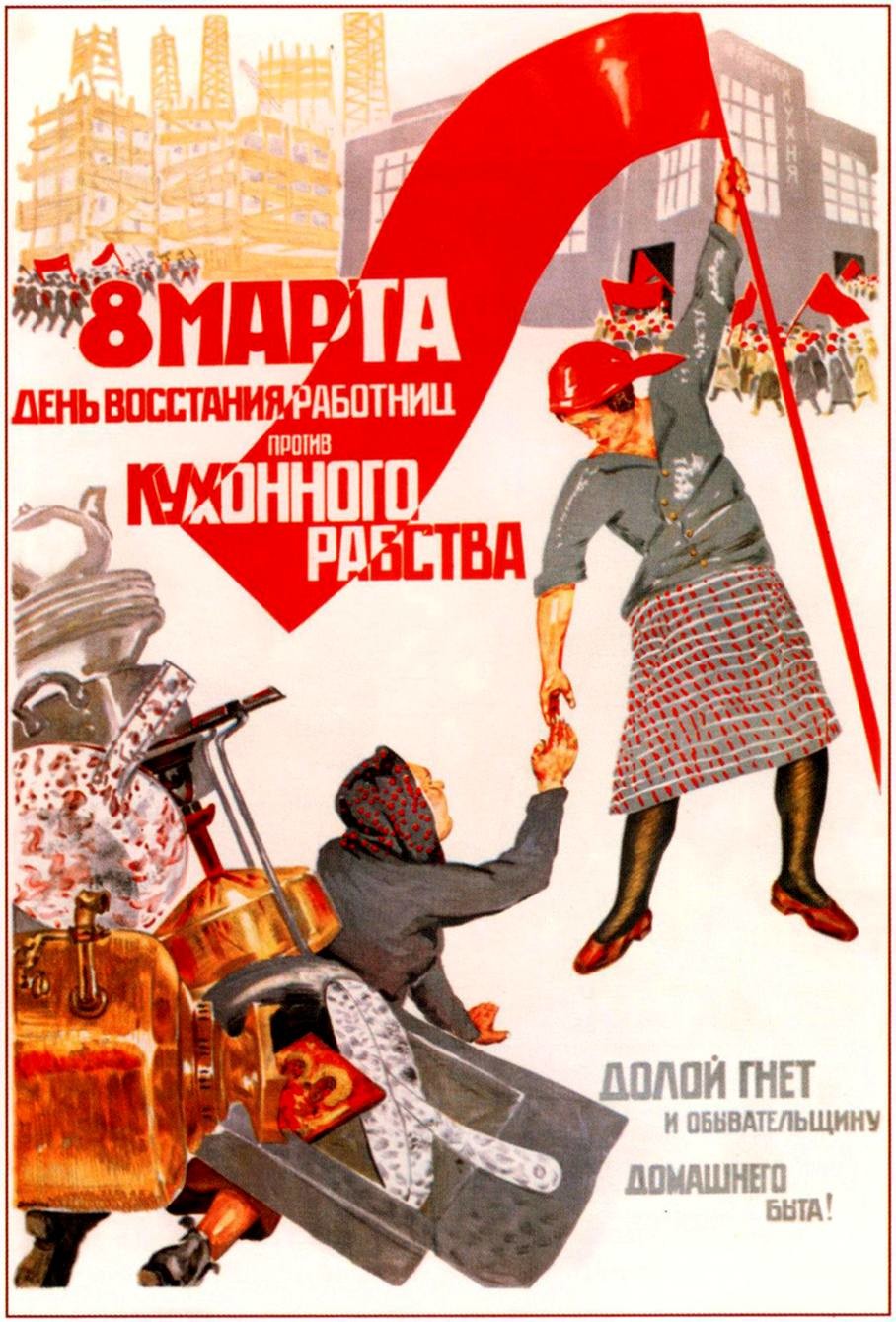 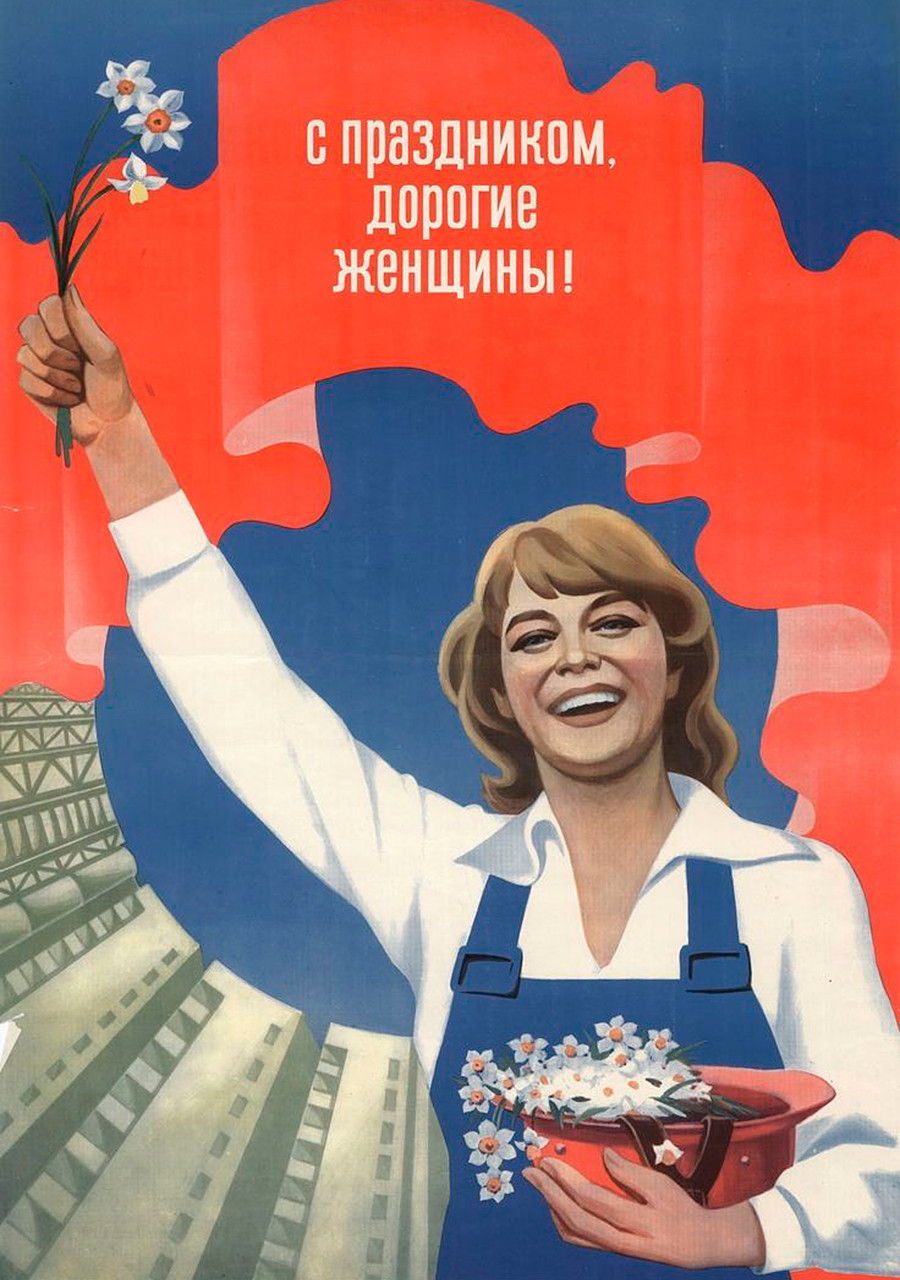 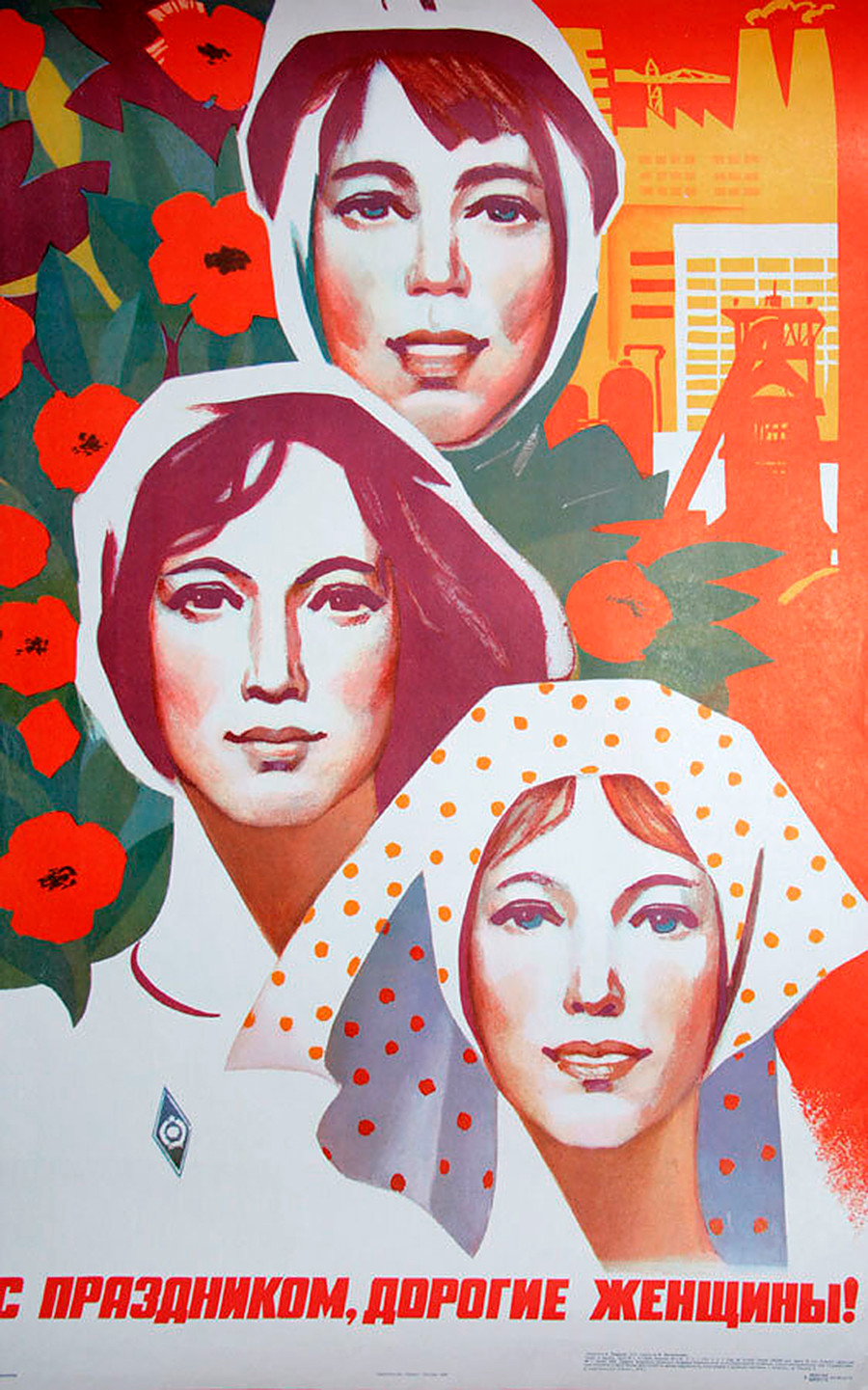 Women were encouraged to be active members of Soviet society, and its benefits, as well as the shortcomings of life in the past, were explained to them. Posters like the one below graphically demonstrated that, under the old regime, women were expected to show deference to priests and bring them offerings, to put up with beatings from their husbands and dedicate themselves to looking after the children and doing the household chores. By contrast, the new life proclaimed the “implementation of the precepts of Ilych [Lenin]”, urging women to “sew, cut out patterns and stitch” together in amicable harmony and to learn to read and write. A wife could now take the children to the nursery and become a fully fledged member of society.

8. “Peasant Woman! Be ready to swap the old life for the new” 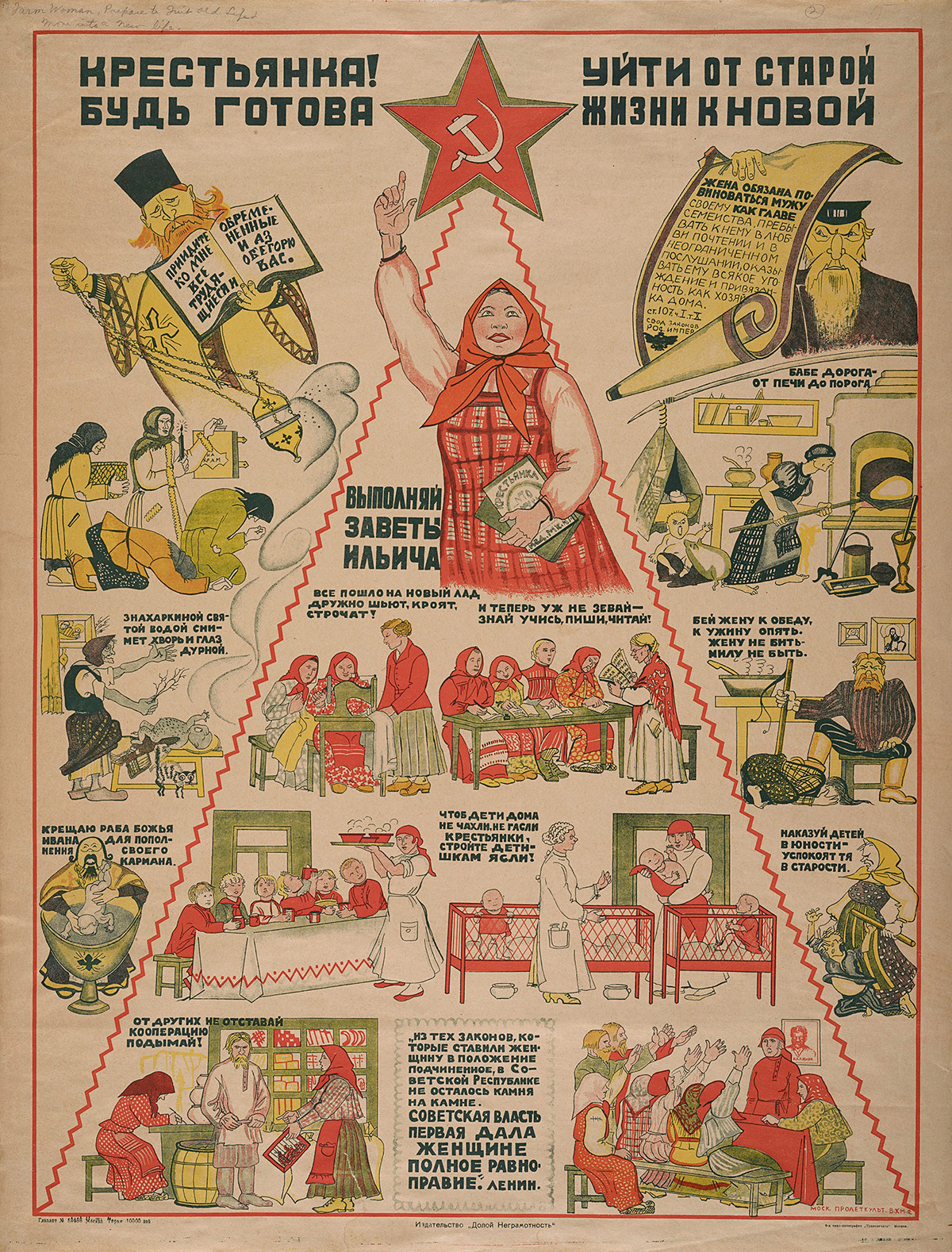 Collectivization and industrialization were in full swing in the country and women were needed as labour. Women were encouraged to work and master a whole variety of professions, including “male” ones like tractor operator or train driver.

9. “Women in collective farms are a great force. Joseph Stalin” 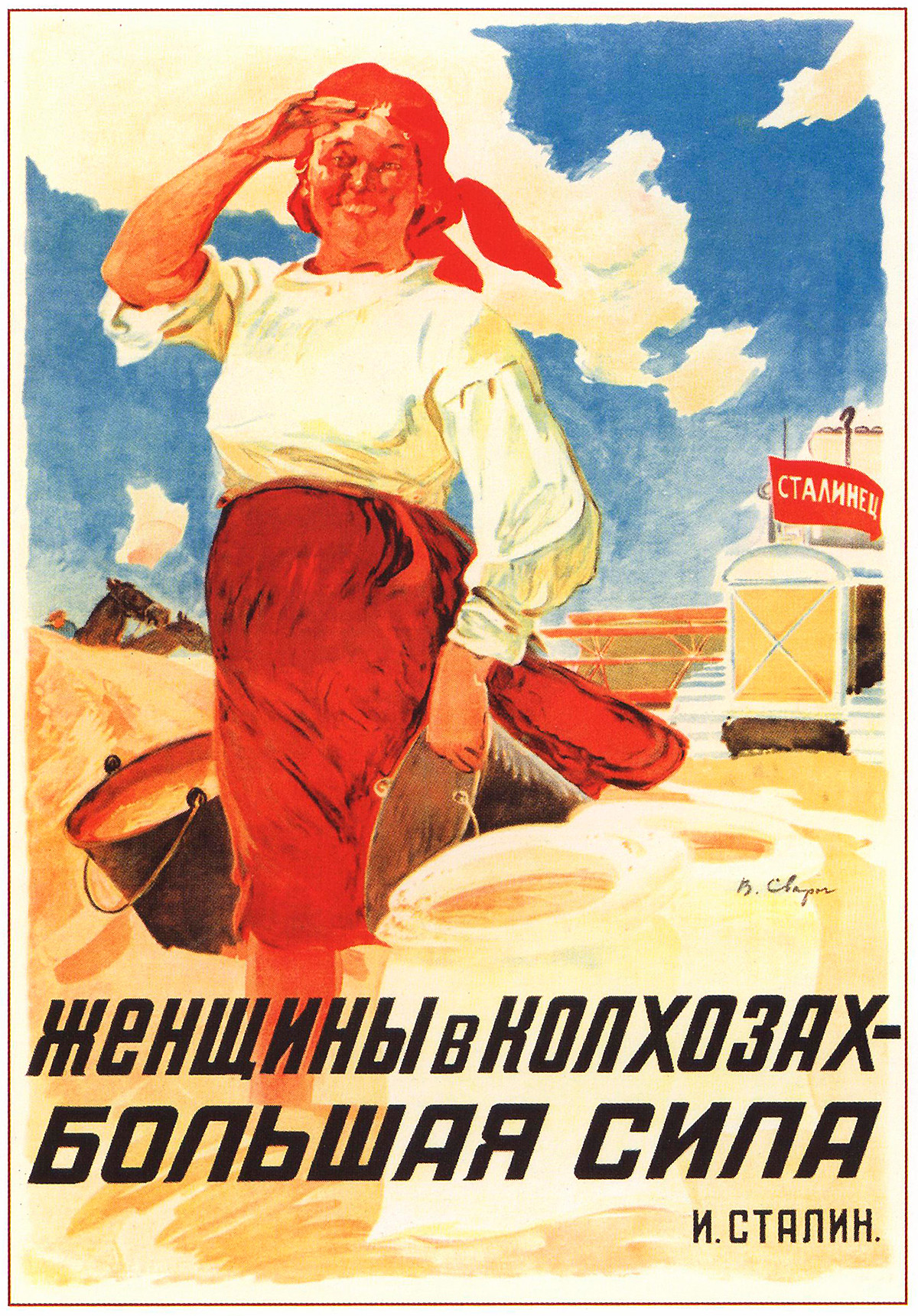 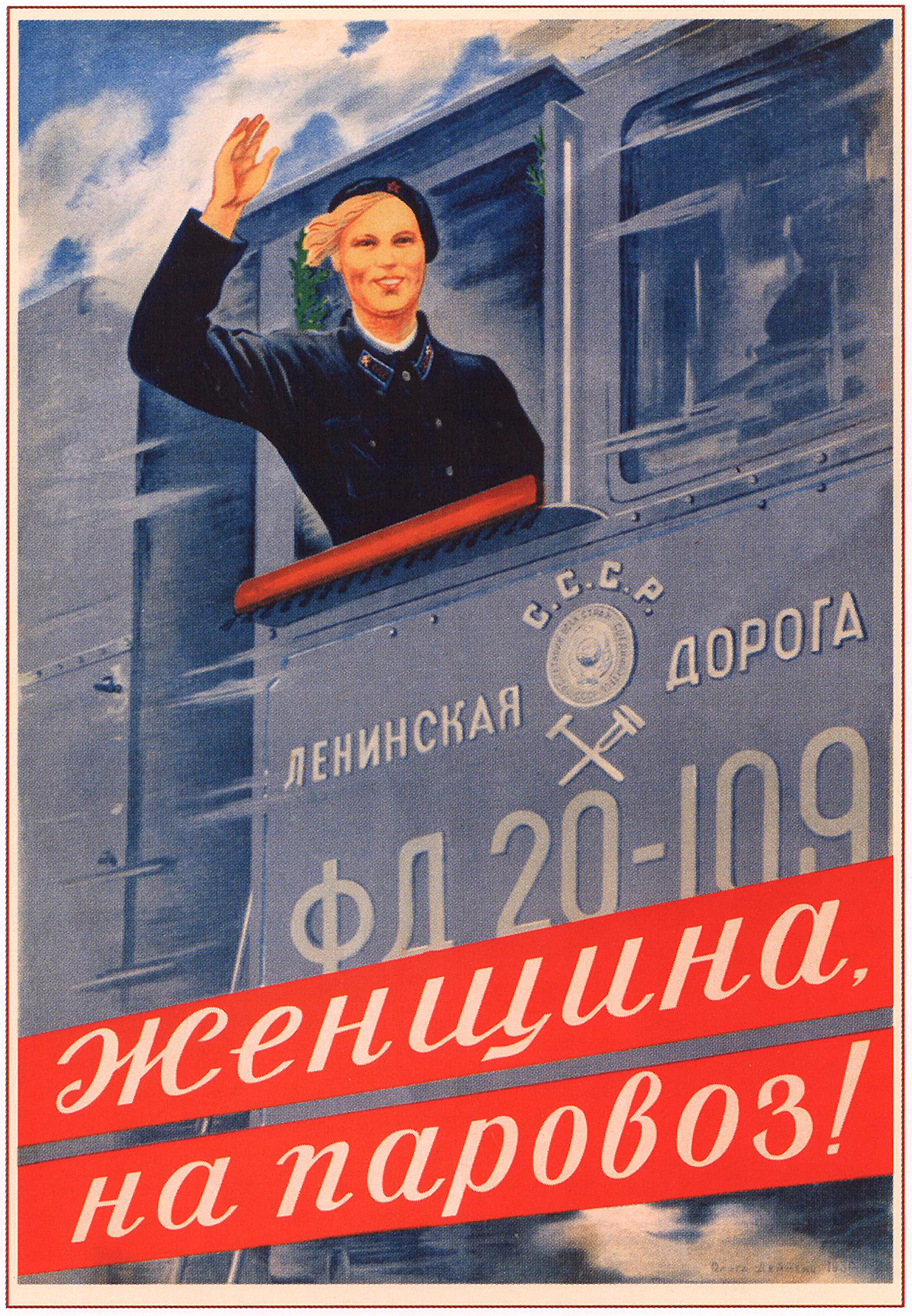 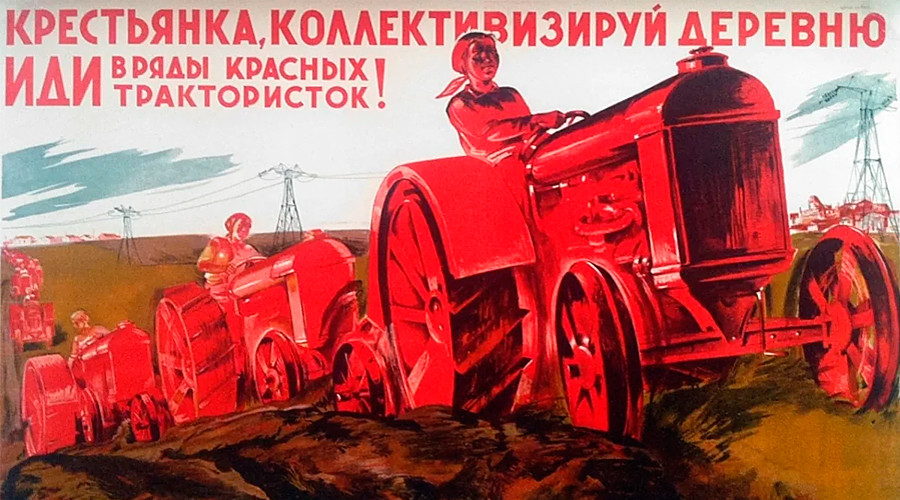 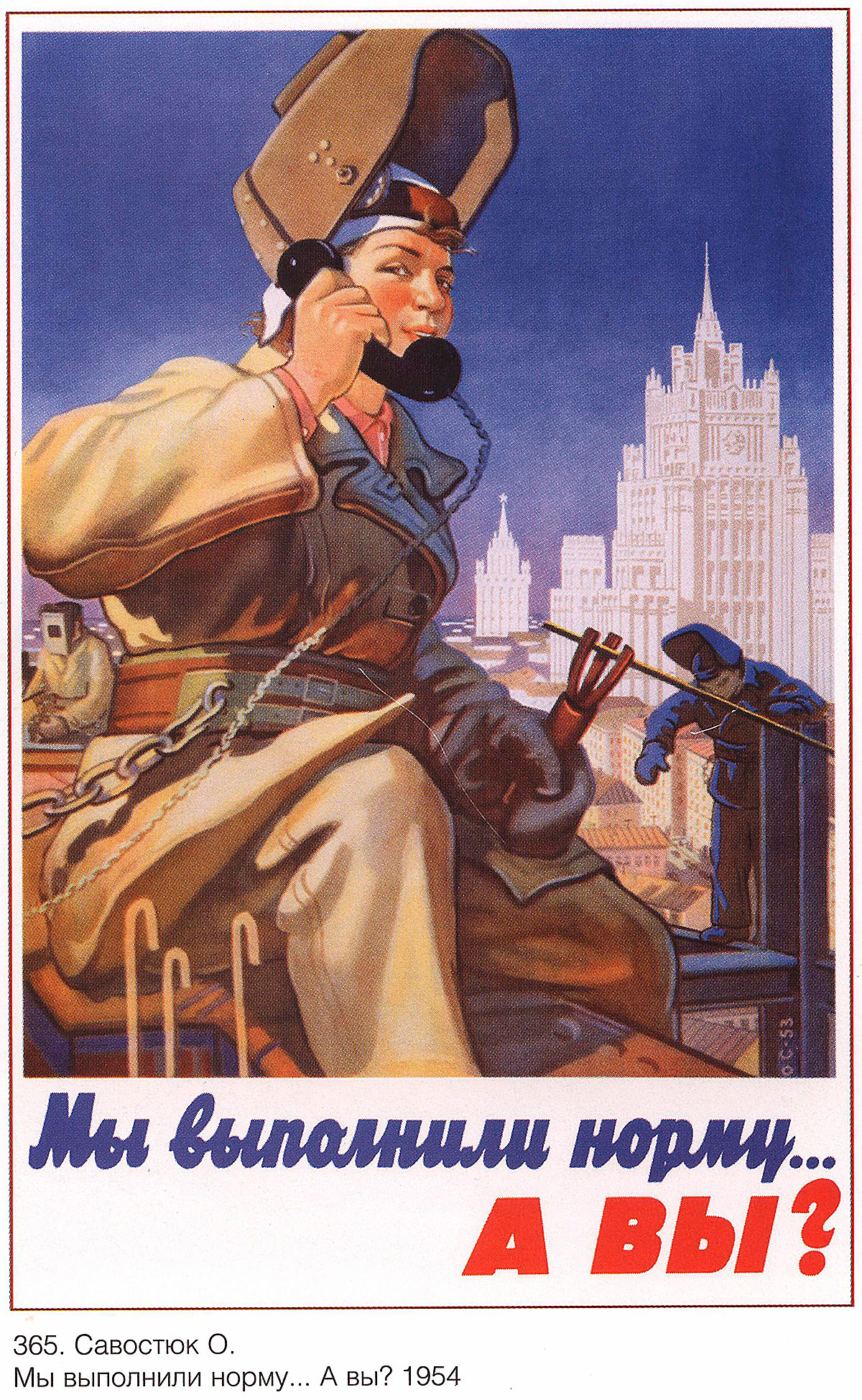 Images of women played a special role in World War II posters, on which they were portrayed as soldiers, nurses or simply mothers and women waiting for the soldiers’ return and hoping for victory. ‘The Motherland Calls’ is arguably one of the best known of these posters. 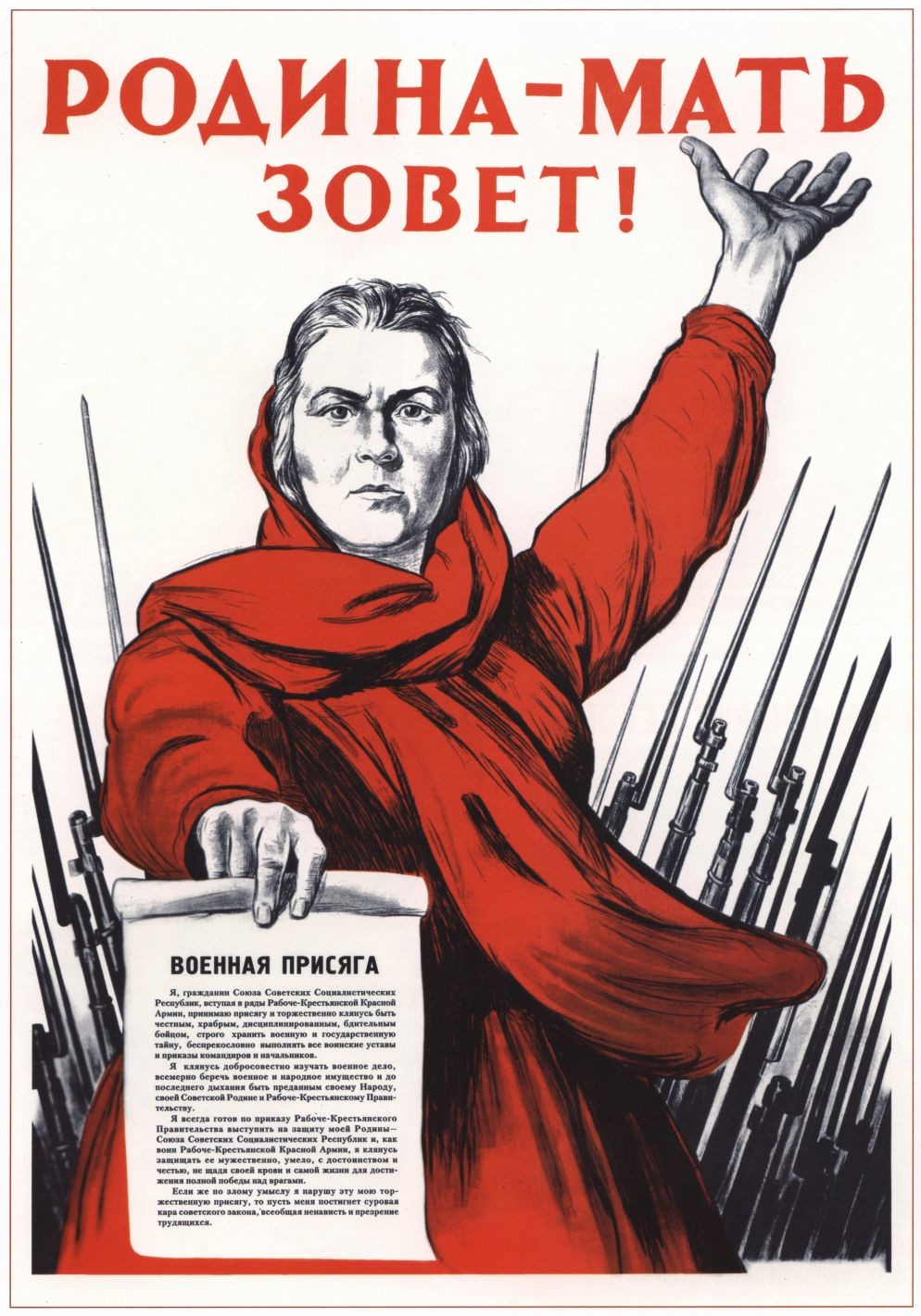 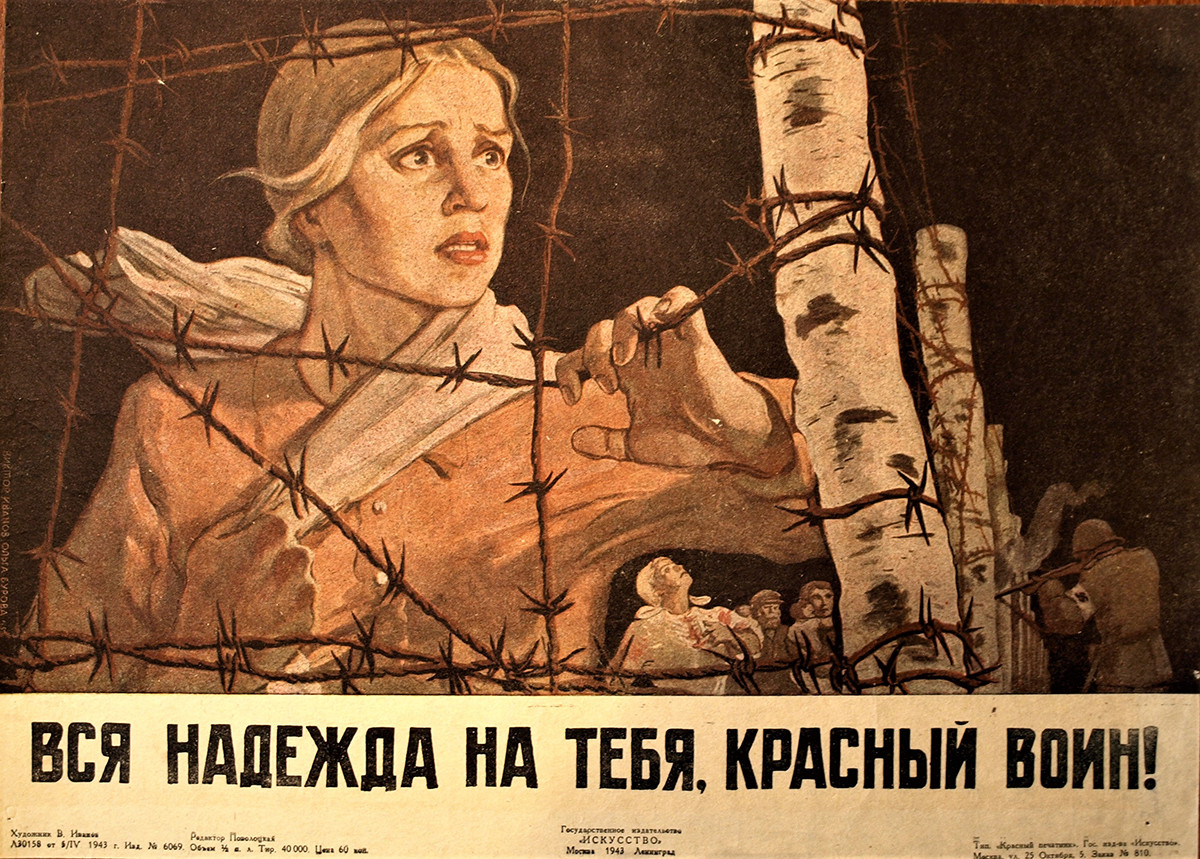 15. “Glory to the female comrades-in-arms” 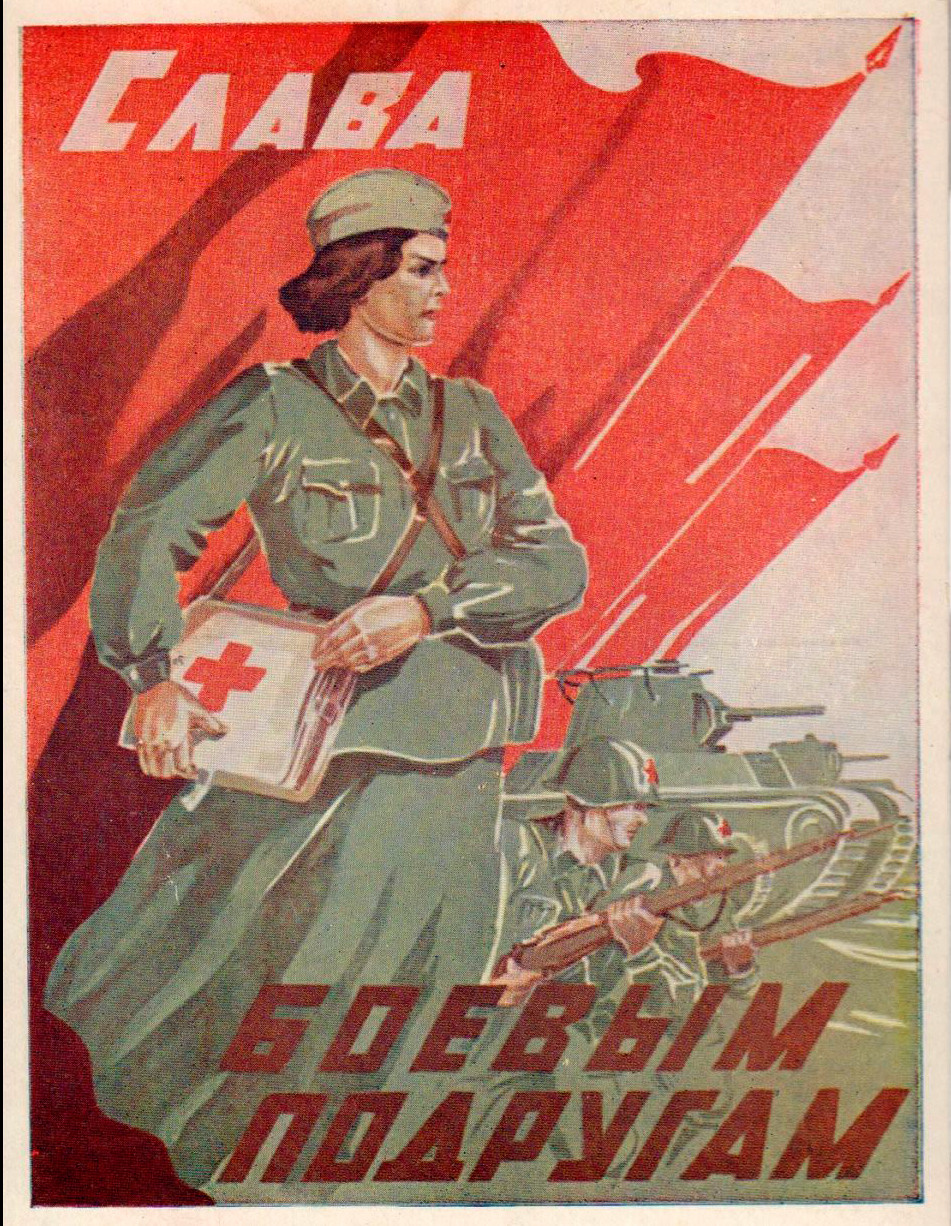 A model female worker in a red headscarf was also used for propaganda purposes to call on people to join the campaign against spies.

16. “Don’t blab! Be vigilant - these days the walls have ears. It’s a short step from chatter and gossip to treason”

The Soviet authorities controlled all spheres of life - and even the way women raised their children. Posters gave women precise instructions on how to feed and care for their infant child and also how to look after their own health. There were also posters calling on women to actively engage in physical exercise. 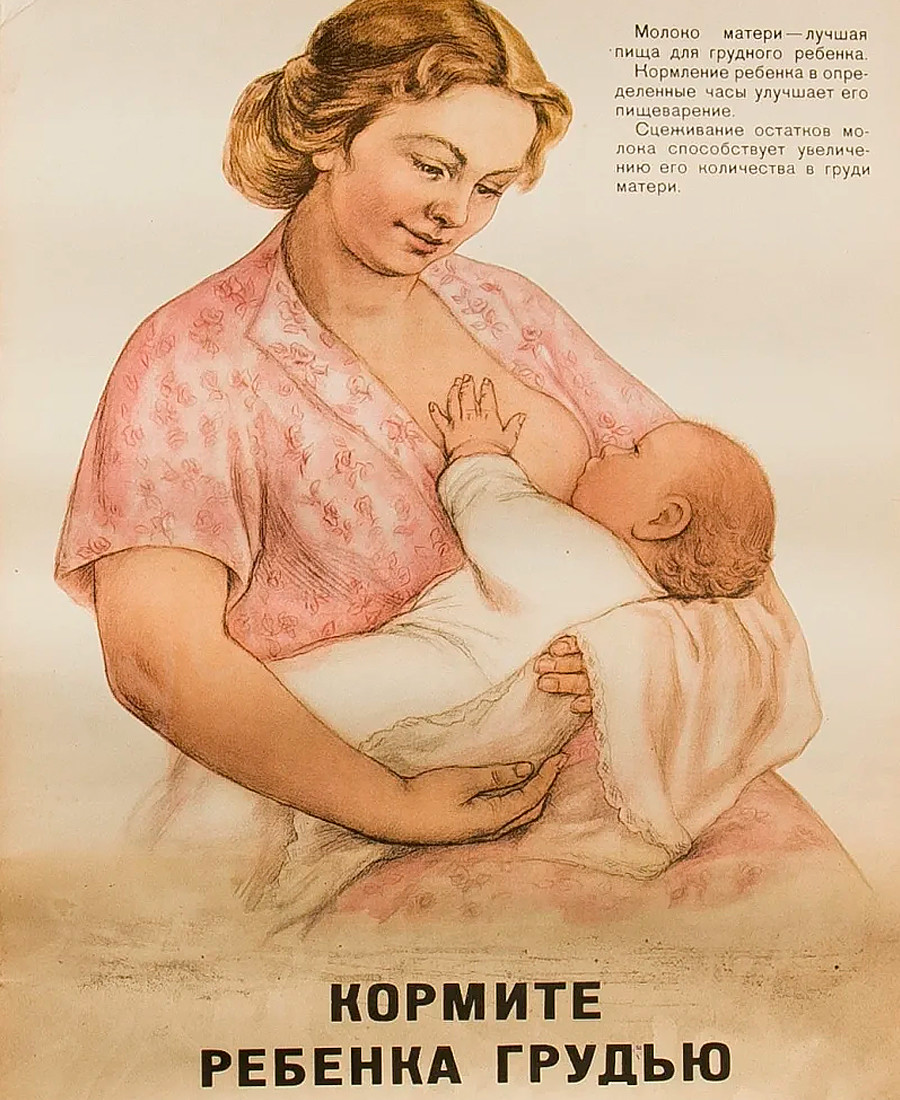 18. “Cleanliness is paramount in caring for your newborn” 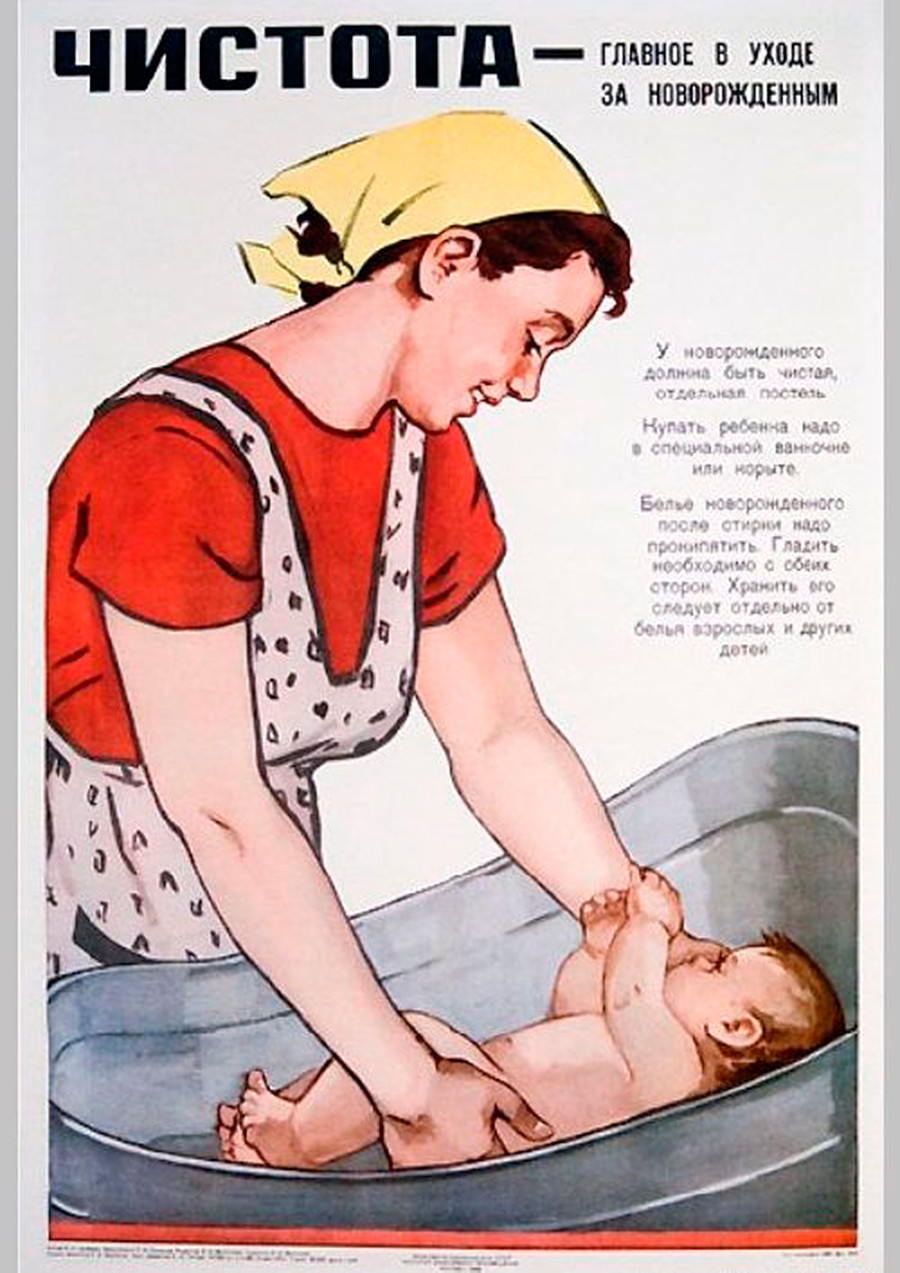 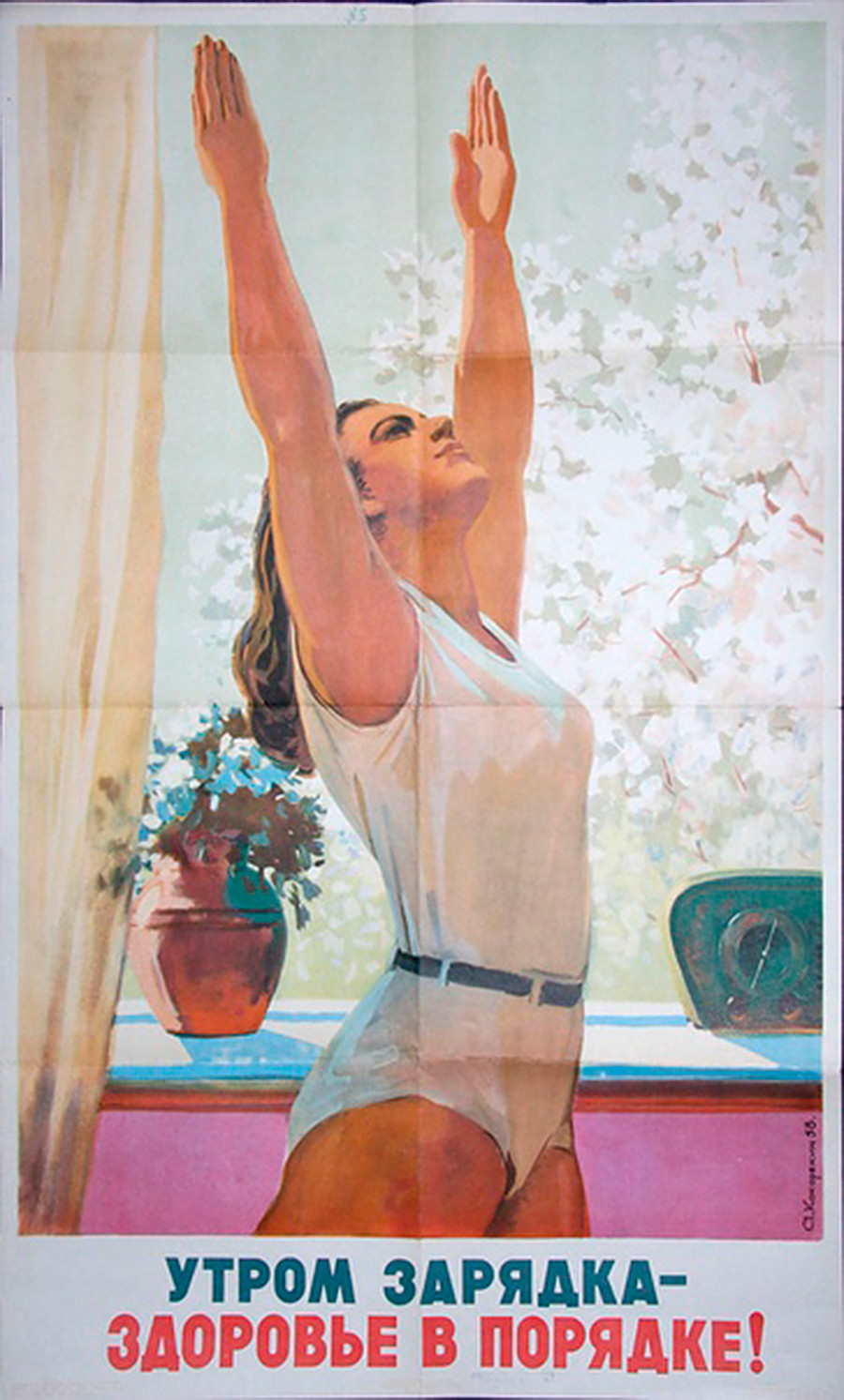 Images of women were widely used in Soviet advertising

20. “Siberian dumplings - with meat in the middle” - advertisement by RosGlavMyaso (Russian Federation Main Administration for the Meat Industry) 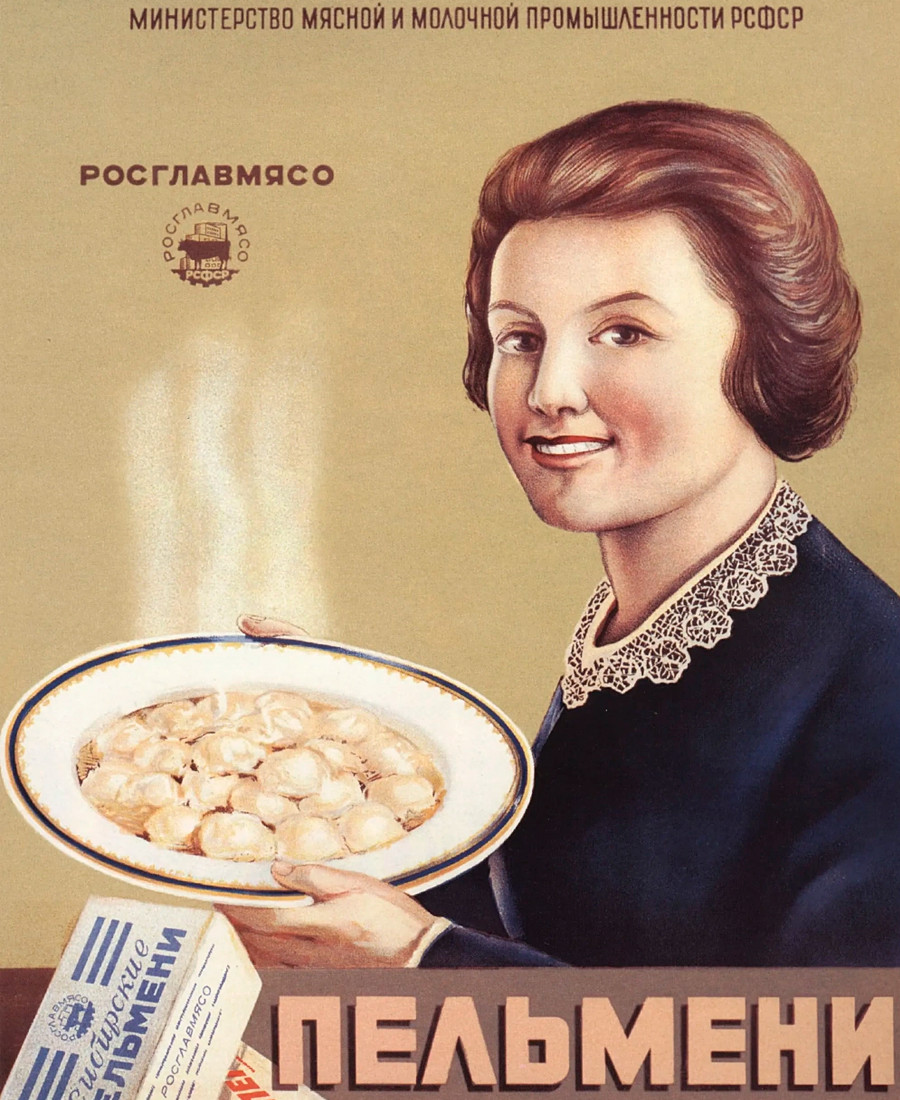