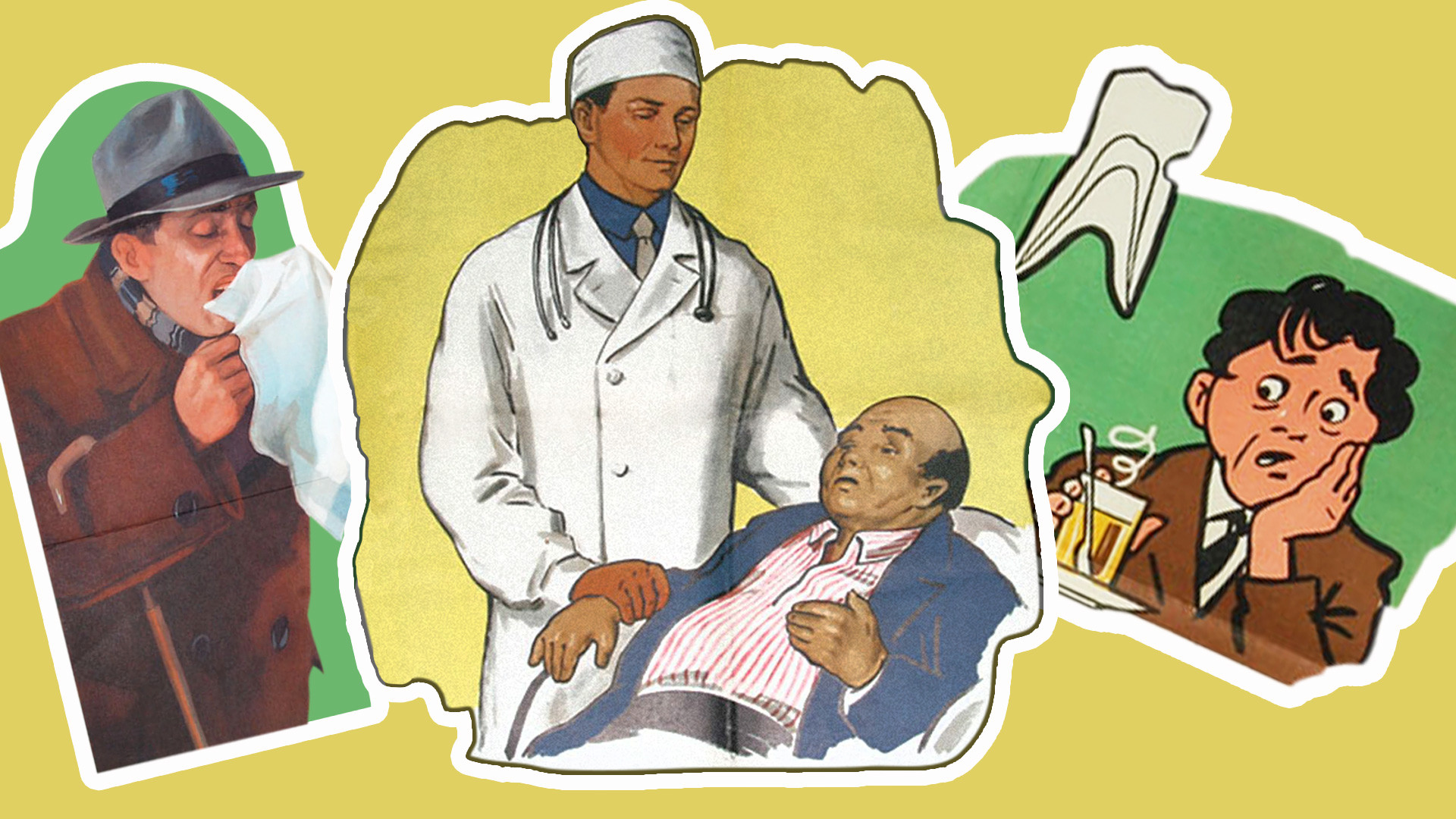 V.V. Selivanov, Archive photo
The USSR really cared about its citizens - well at least about their health - because if they were not strong and healthy, they wouldn’t be productive members of the proletariat!

1. Soviet authorities regulated all spheres of human life in the country - starting from the very beginning - child birth. There were strict rules about how to feed, wash and take care of a baby. One of the most famous posters says "Our children should not be ill with diarrhea" and offers advice on how to keep baby’s and young children's dishes clean. 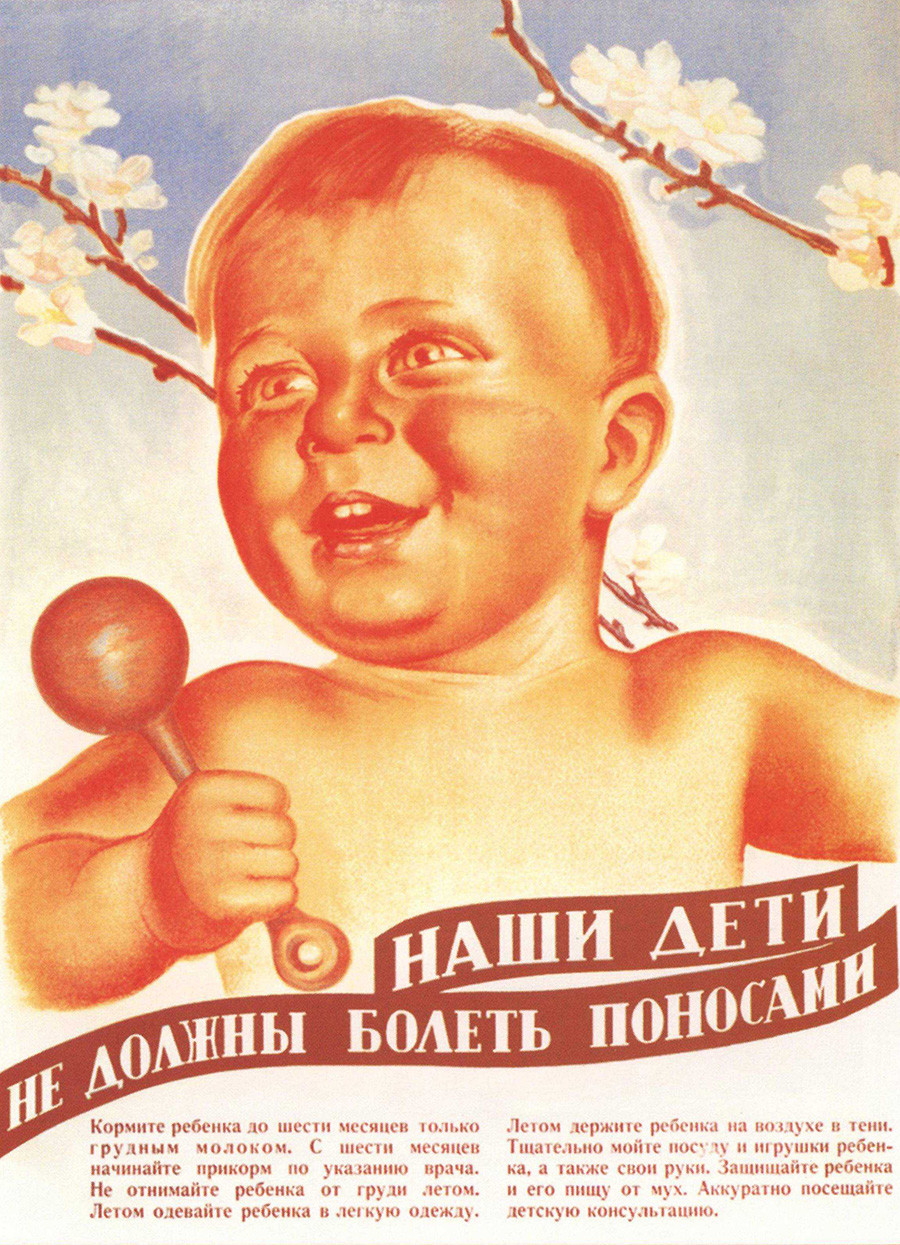 2. The Soviets also cared about women's health a lot - because they wanted them to stay healthy and not take time off work. And actually those posters were sometimes the only source of information for young women. “Are you taking care of your nipples? Temper them with cold water every day." 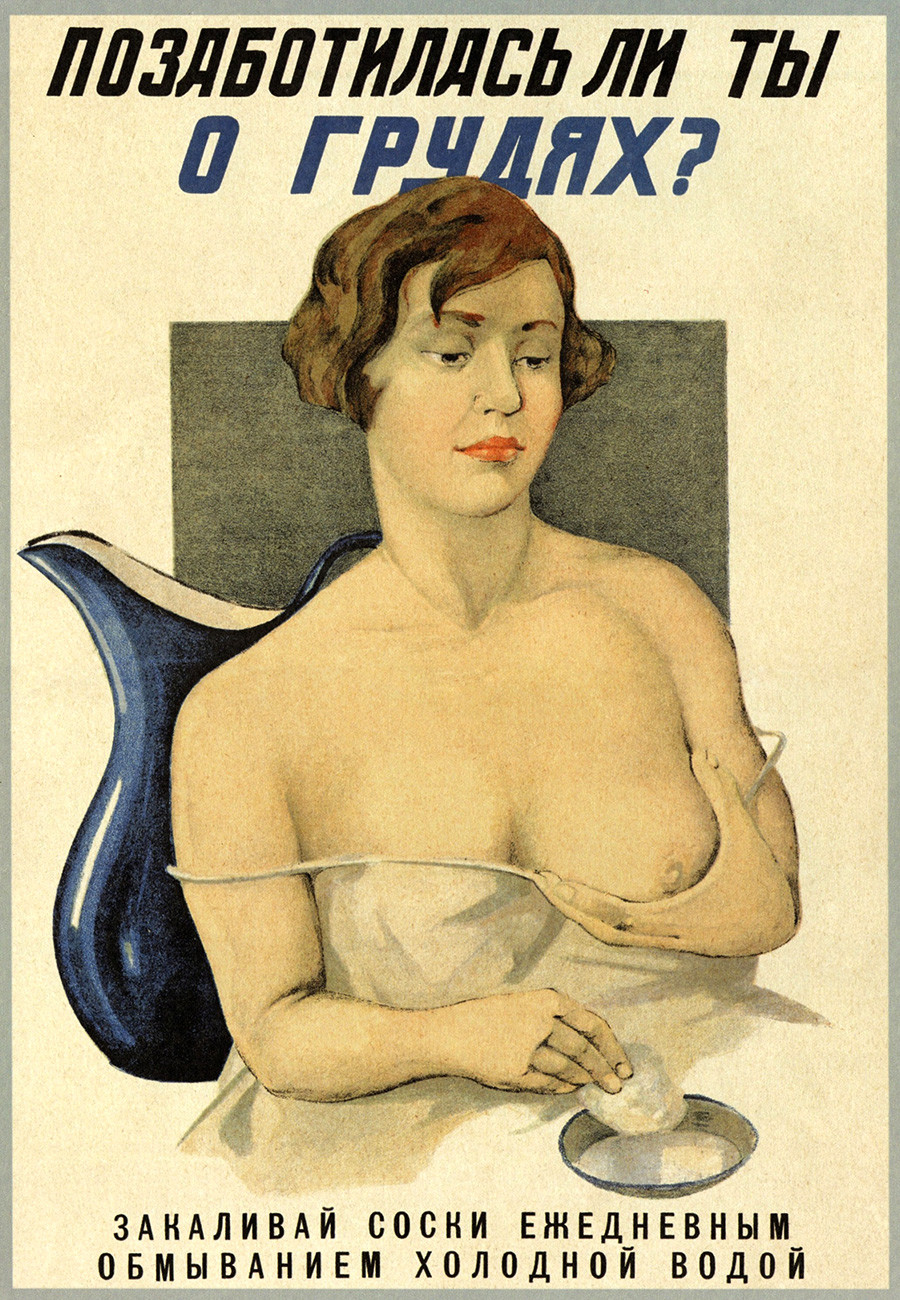 3. Actually tempering - or building up immunity - was one of the most popular methods of applying Soviet medicine. It was believed that it helped prevent many disorders, especially colds. Kids in Soviet kindergartens took naps outside even in the freezing cold. “If you want to be healthy - temper yourself!” 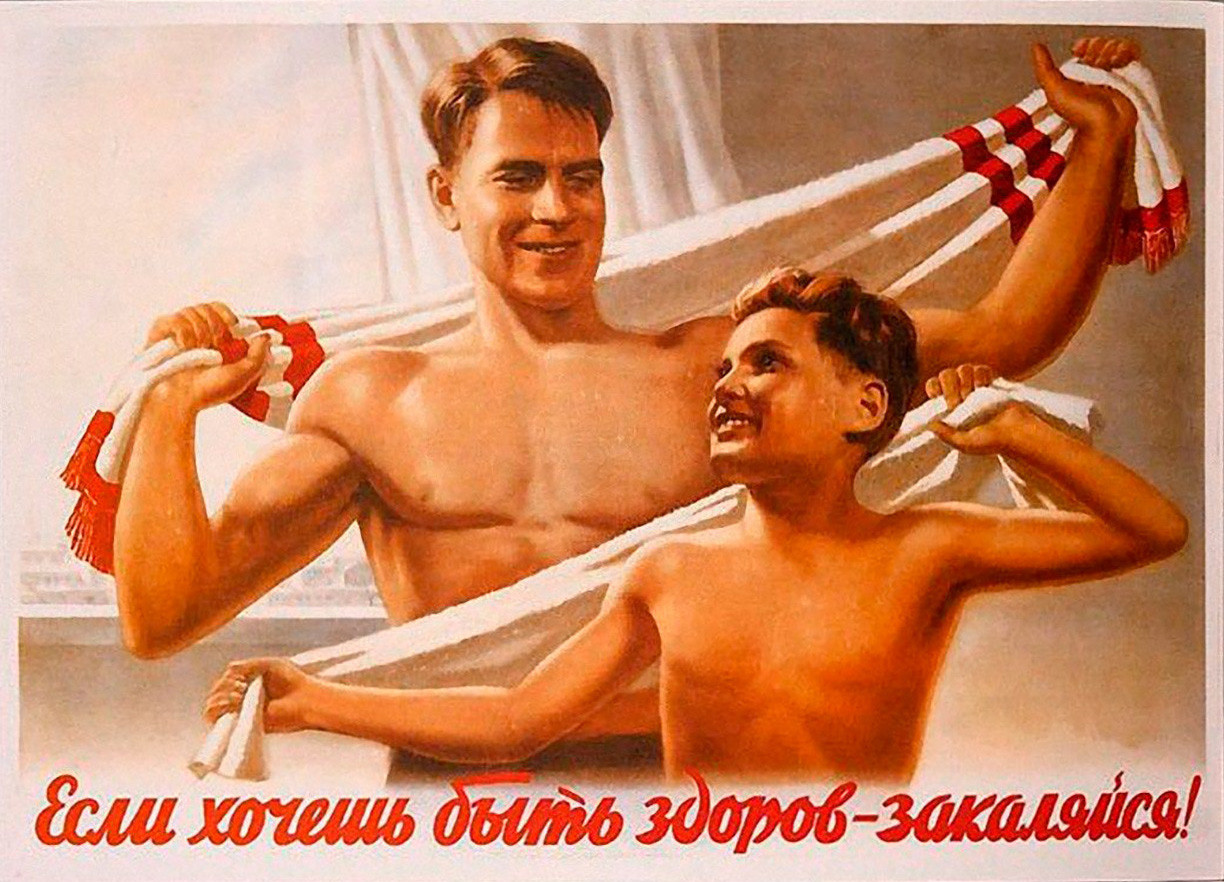 4. “Prevent 'flu spreading!” People were asked to call the doctor and not to go to work in case of 'flu to guard against infecting others. 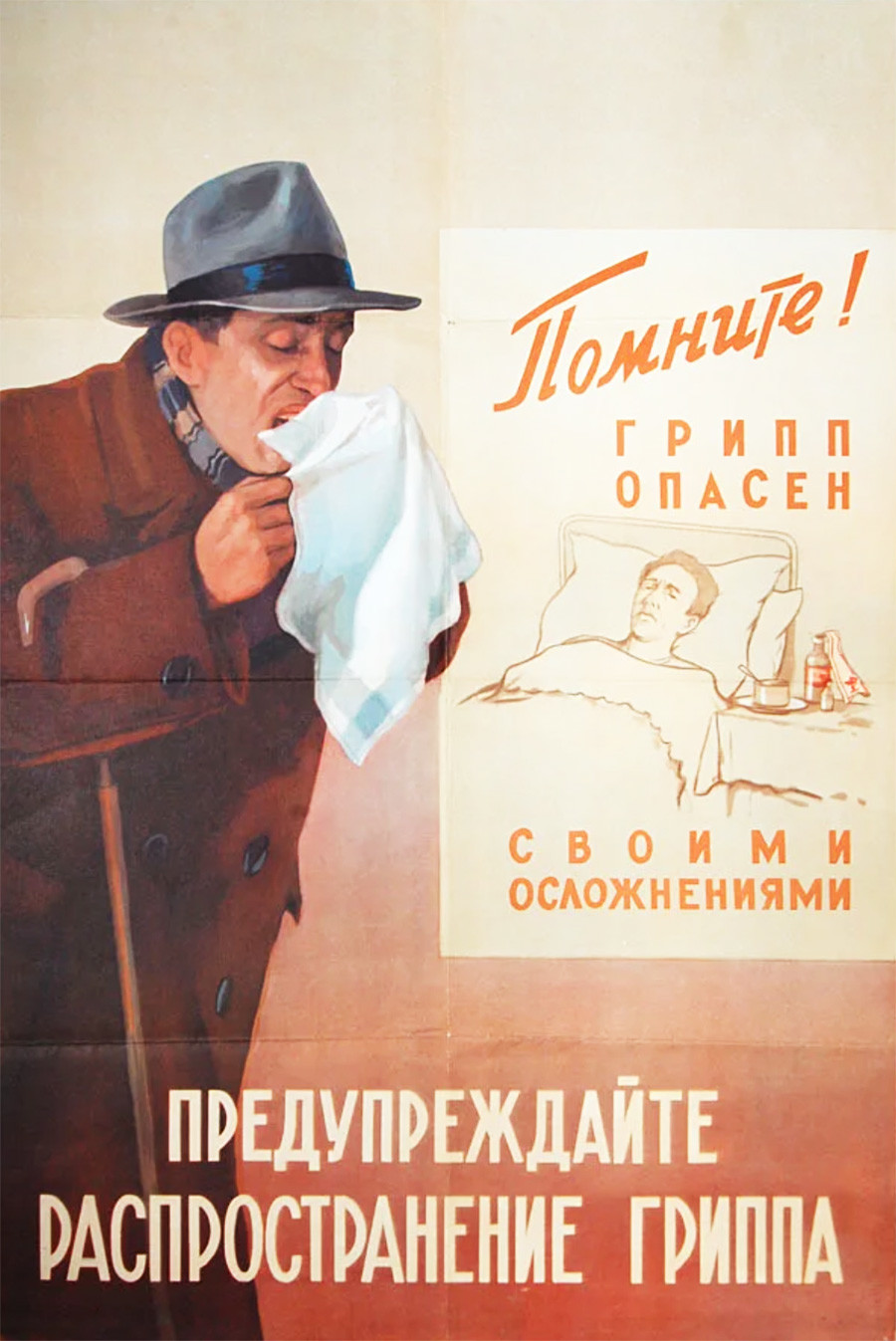 5. In the early Soviet period - and particularly during the war, Soviet officials had to combat low levels of education, so they had to warn people: “Don’t drink untreated water”. (Read more: Is it safe to drink tap water in Russia?) 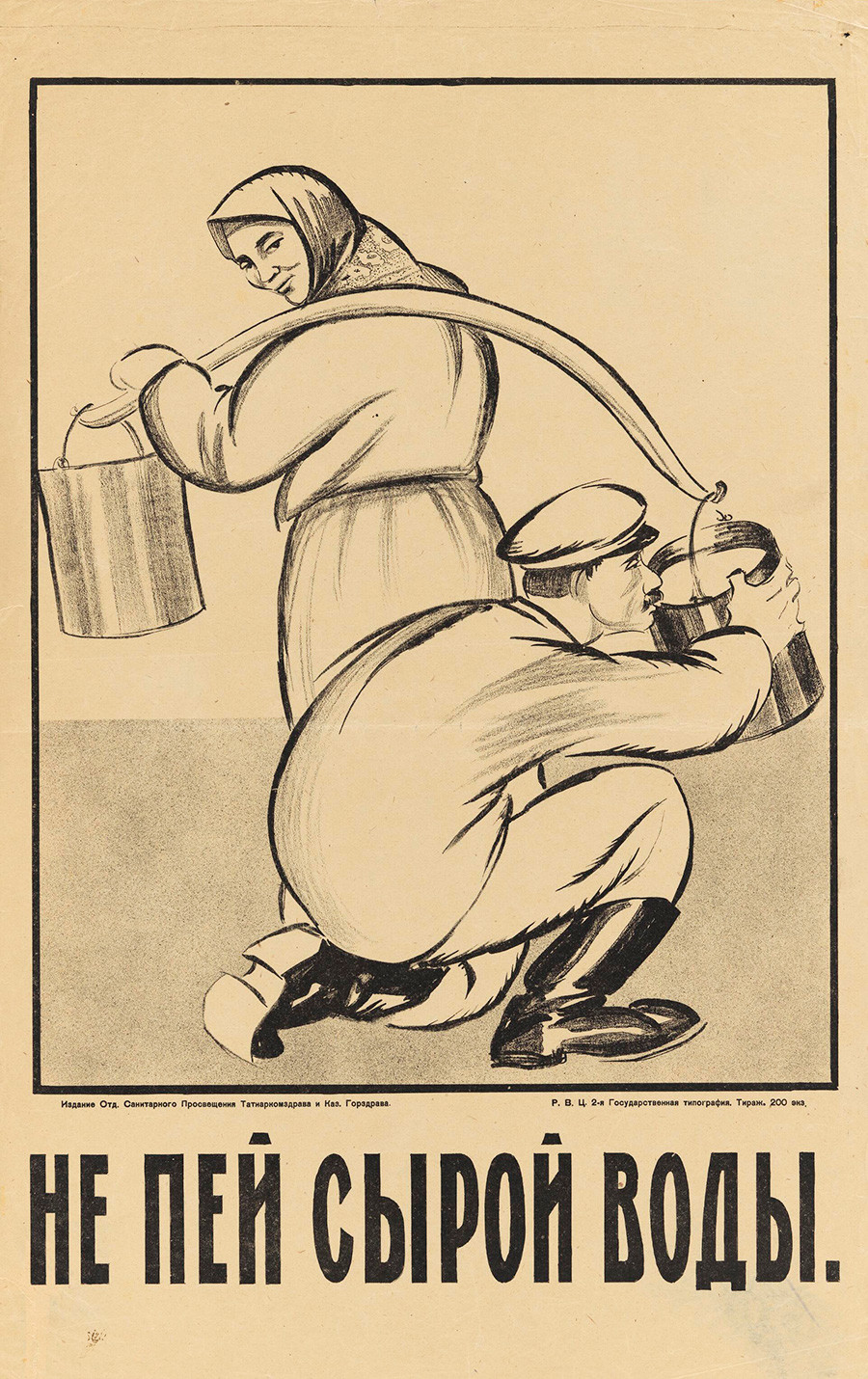 6. “Beware of dysentery”: this poster also advises drinking only boiled water, as well as cleaning vegetables. Many peasants were used to eating produce straight from the garden. 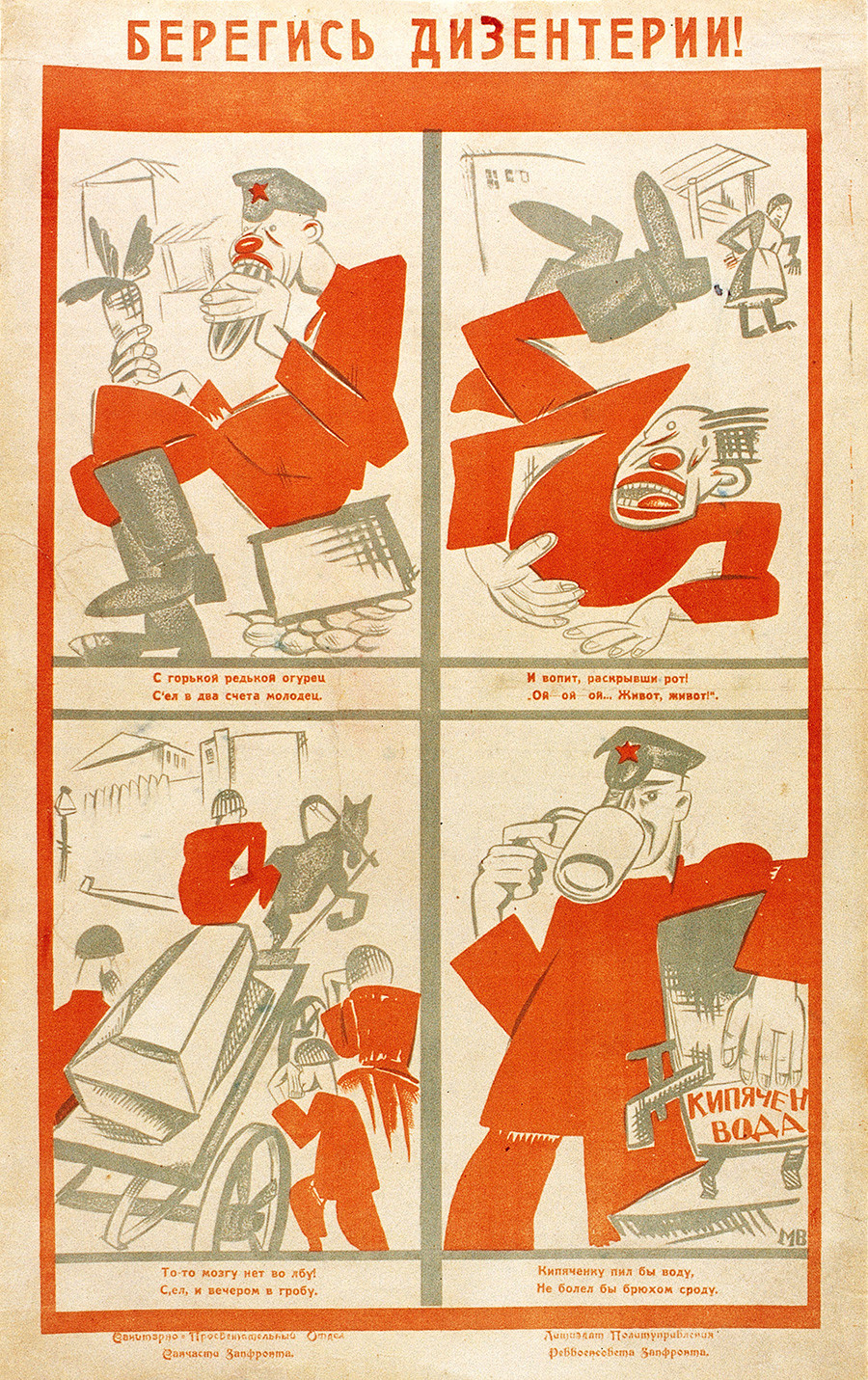 7. Another illness the Soviets had to fight was cholera. The restrictions were similar - avoiding untreated water, not eating anything from random markets as they were dirty and shooing flies away from food. 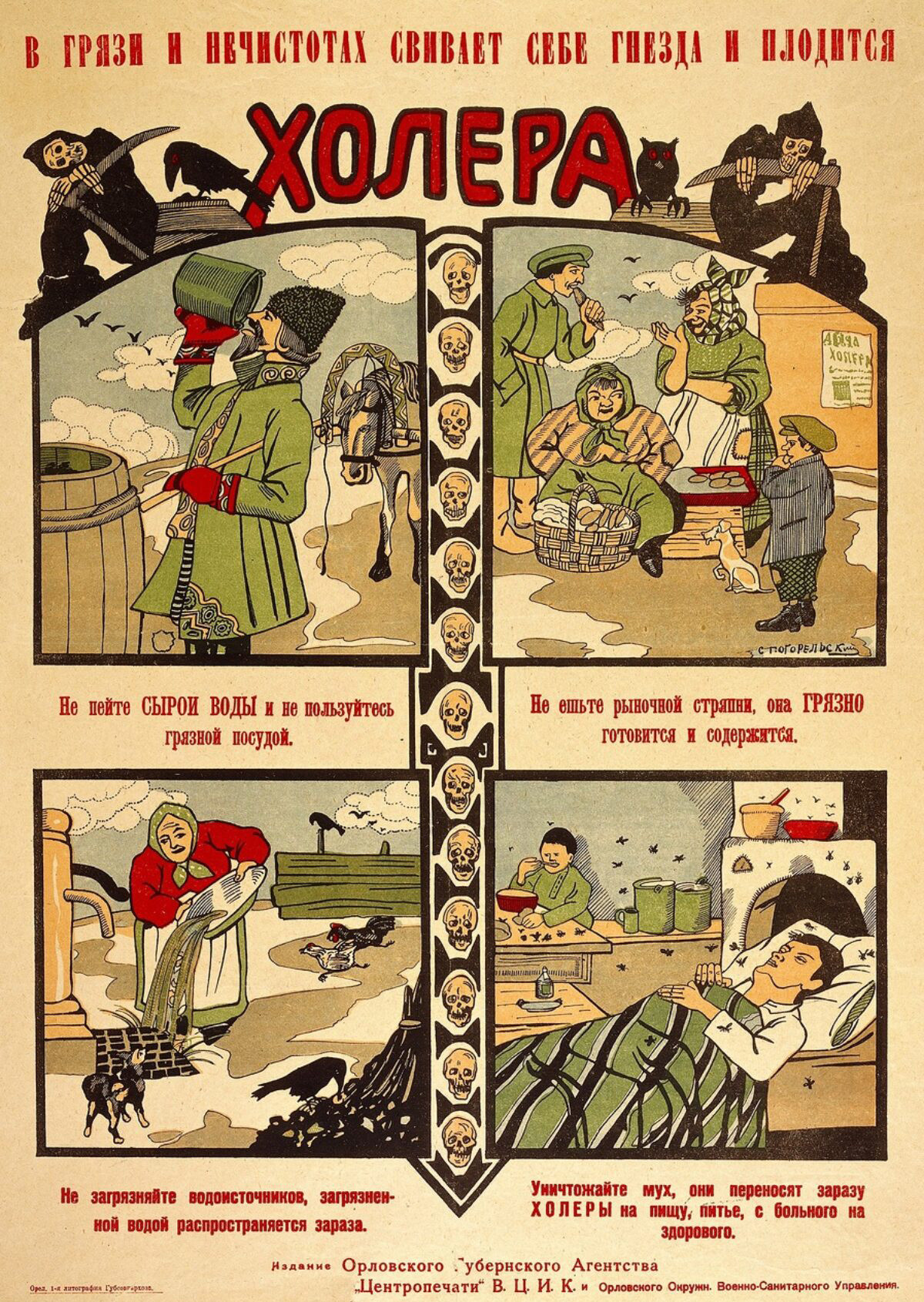 8.“Fighting for healthy living, we will defeat tuberculosis”. In the Soviet Union the disease was taken seriously and several scientific research institutes were created to fight it. 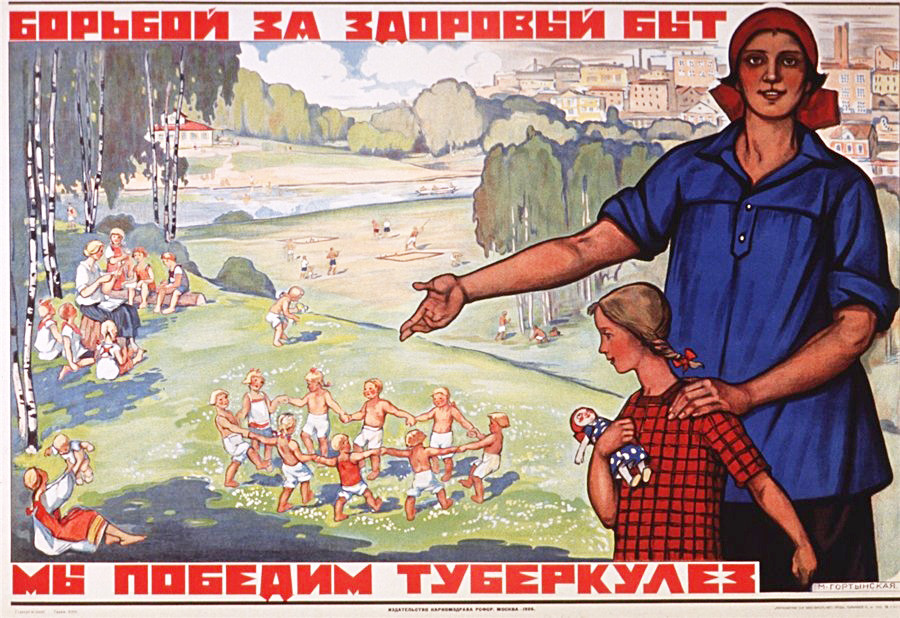 9. One of the most common pieces of advice for people was staying fit. “Eat a varied diet, regularly, moderately. Gaining weight means ageing!” (Read more: How did the USSR tackle obesity?) 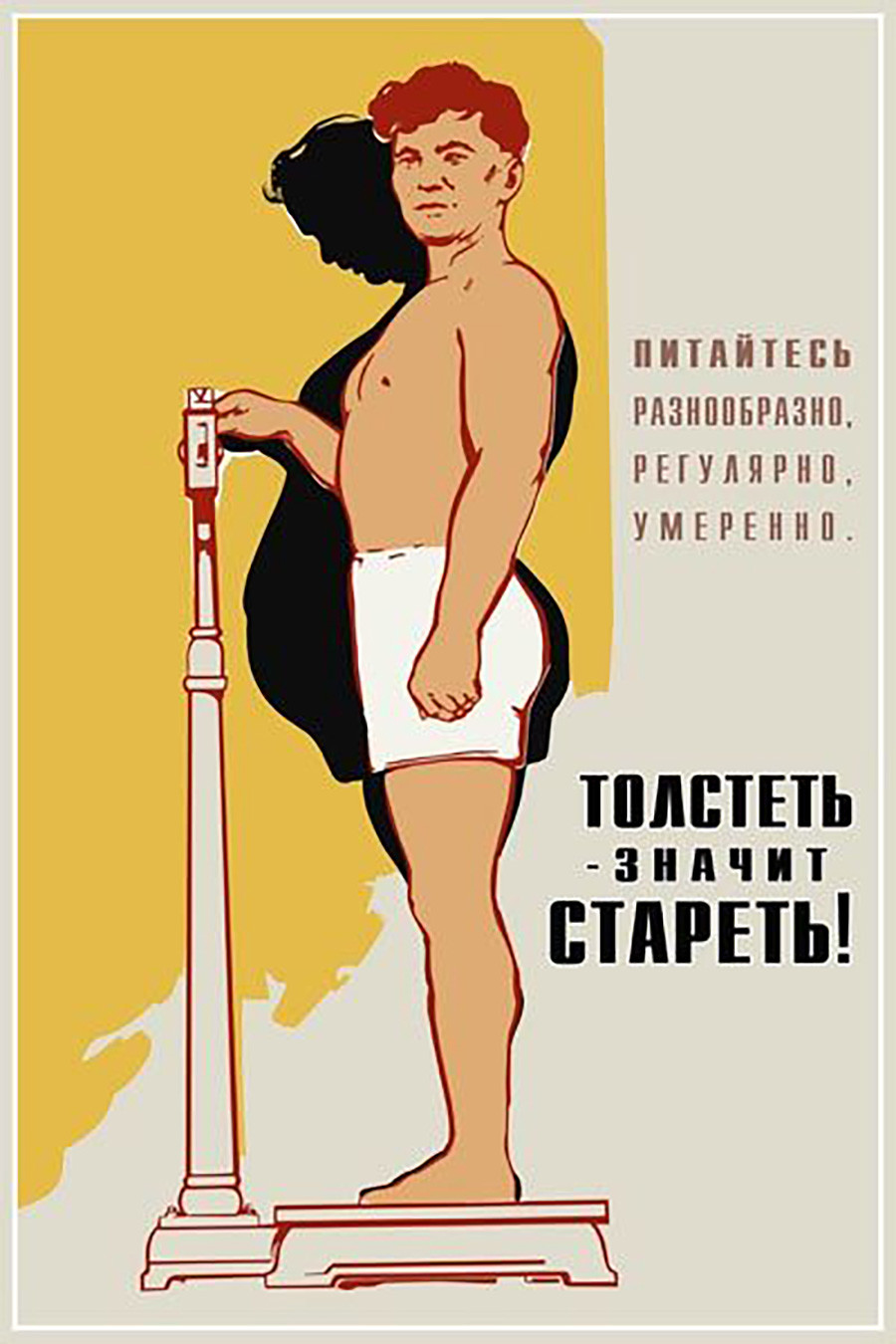 10. Young people were forced to do sports, as “Sport is health and beauty.” 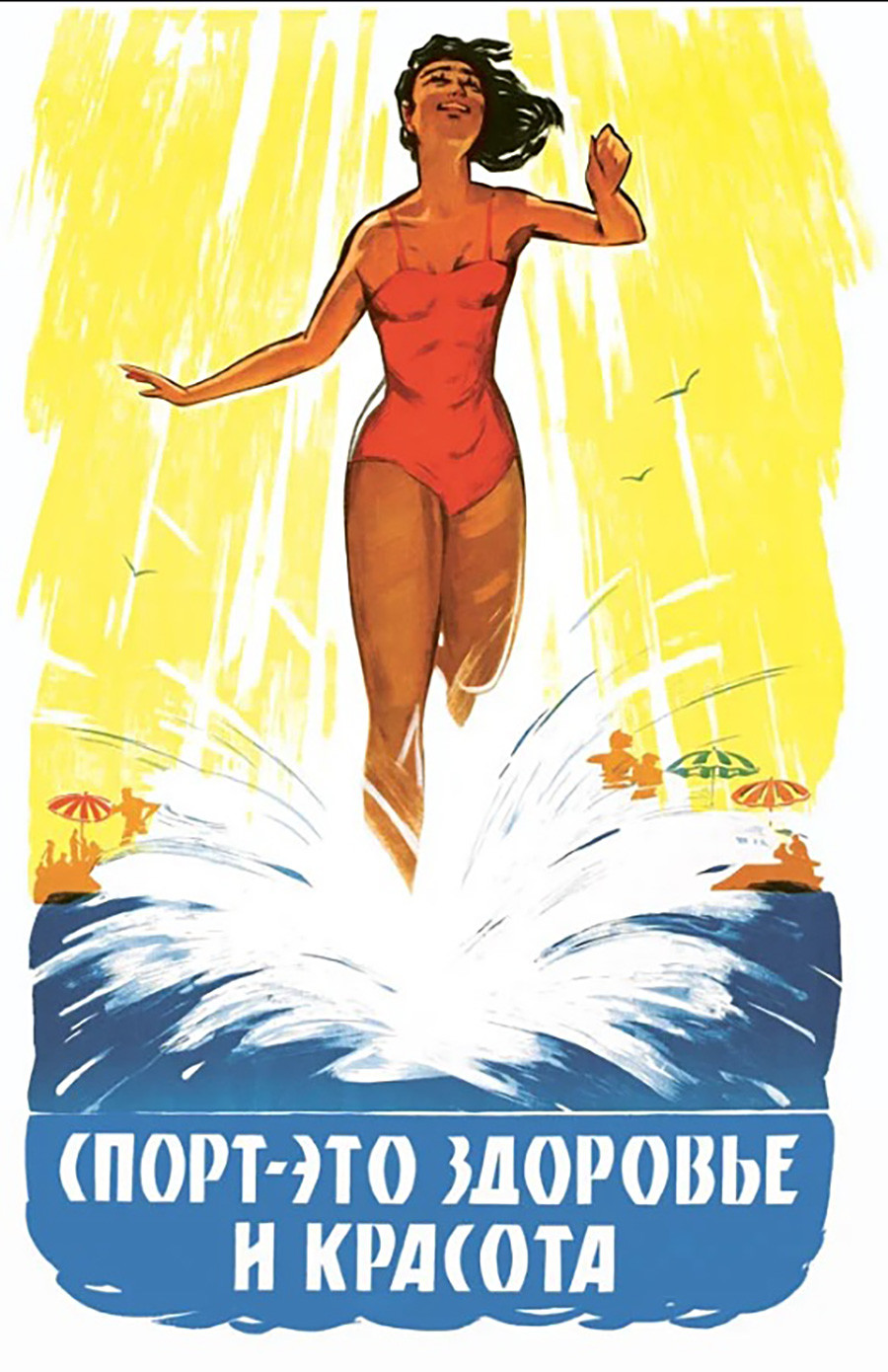 11. One of the most popular Soviet slogans was a variation of the Latin mens sana in corpore sano: “A healthy mind requires a healthy body.” 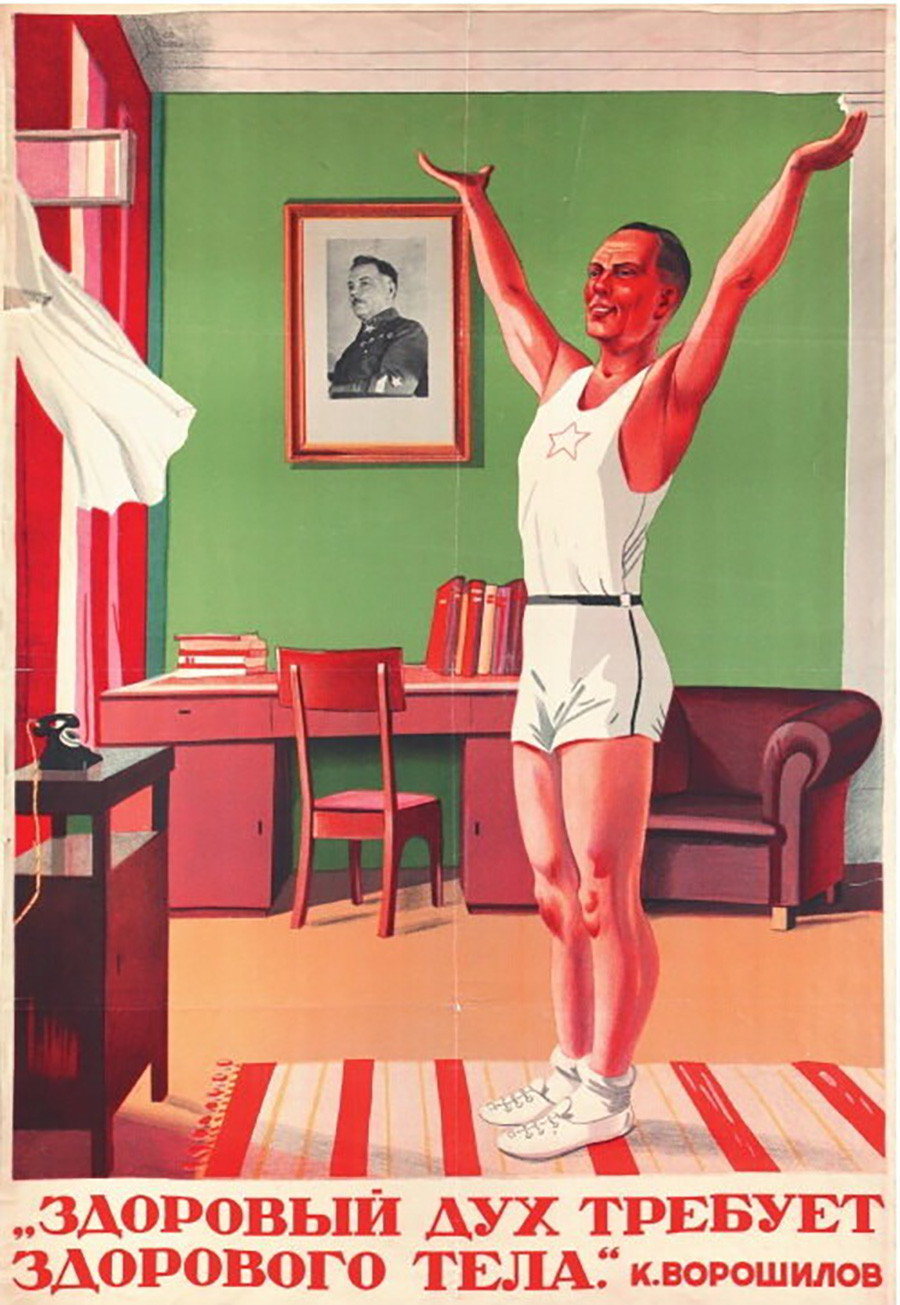 12. As Russians was always a nation of heavy drinkers, the Soviets agitated actively for sobriety. This poster shows what a man looks like after a visit from his ‘old friends’ - vodka and cigarettes. (How the USSR fought alcoholism - PHOTOS) 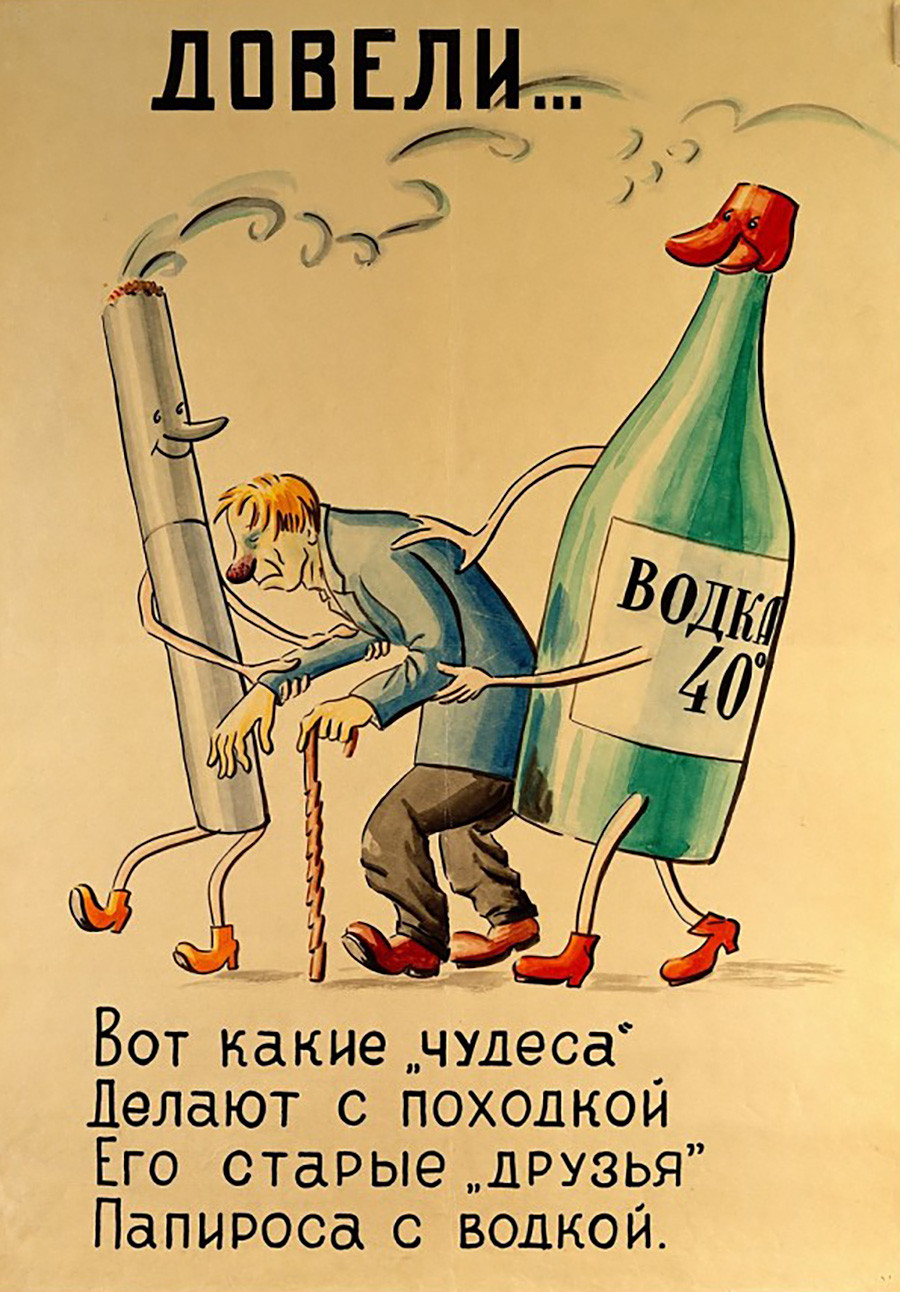 13. Men were advised to take care of hearts. Don’t get stressed at work, don’t smoke, eat and sleep well and spend time in the fresh air. 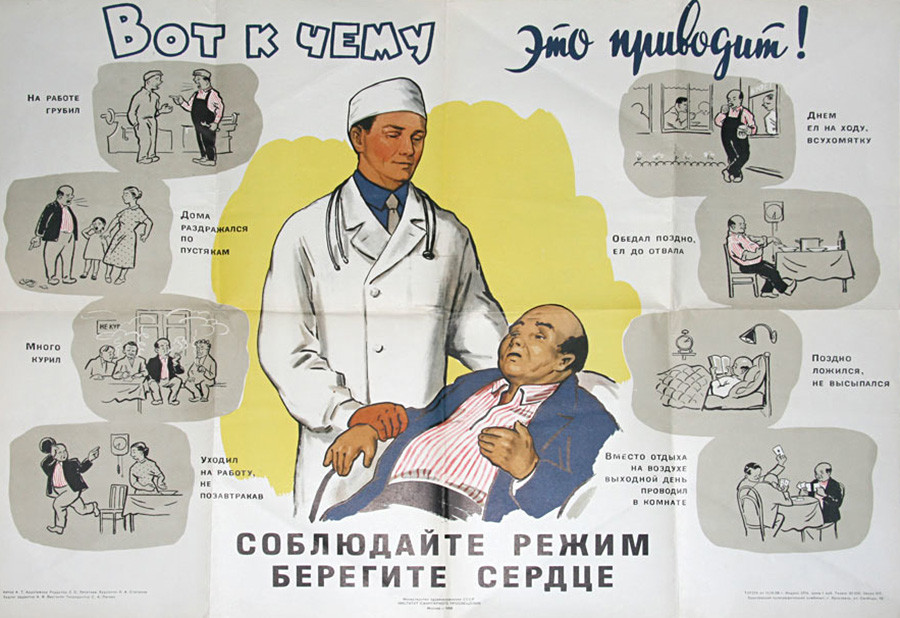 14. Officially, there was no sex in the Soviet Union… So people had poor sex education and no idea of protection. As result, Soviet authorities were compelled to warn of the dangers of casual affairs and how to tackle venereal diseases as soon as possible. 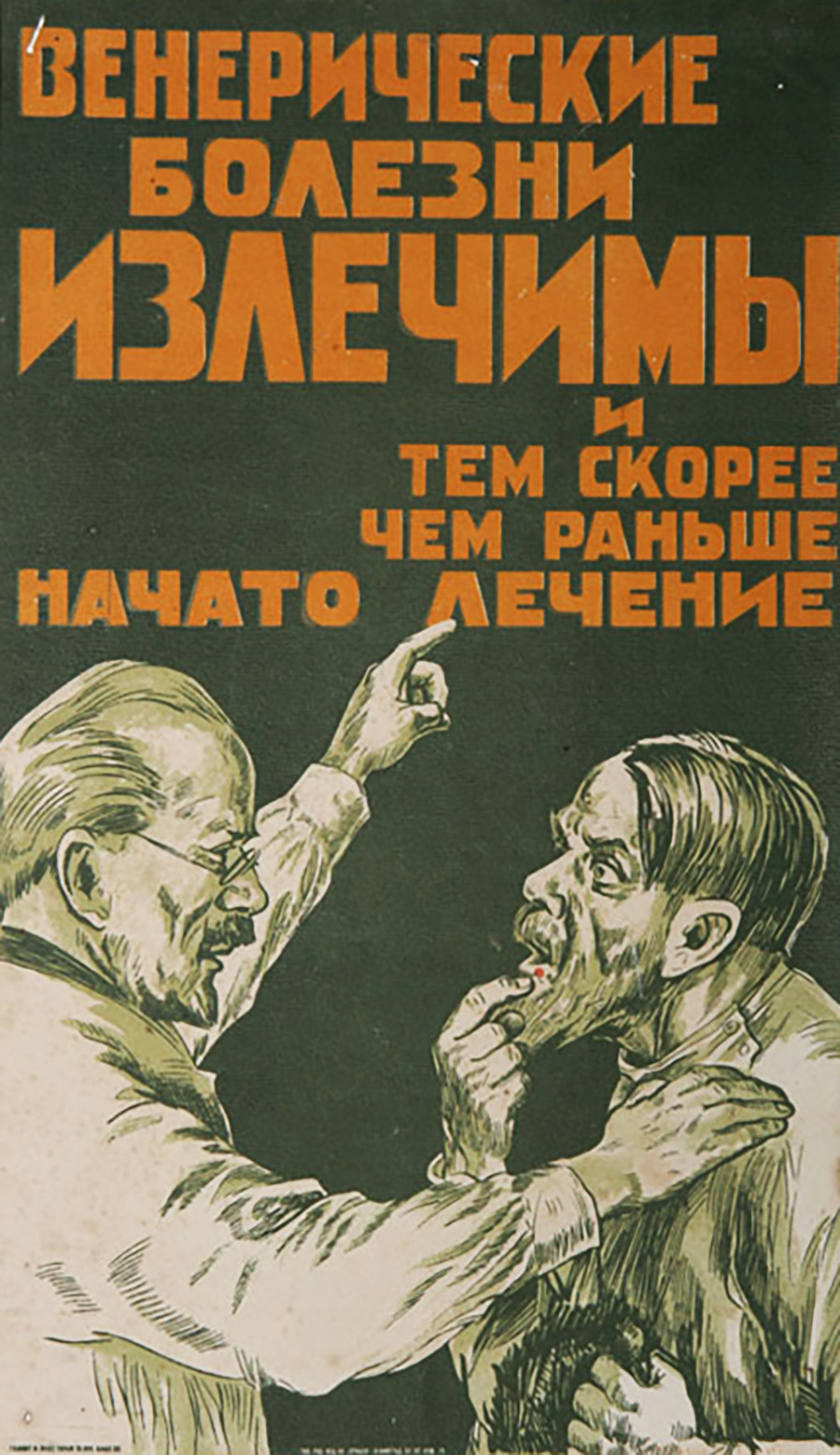 15.“Being a donor is a great honor for a patriot”. Those who donated blood got an extra holiday (and students were freed from classes that day). 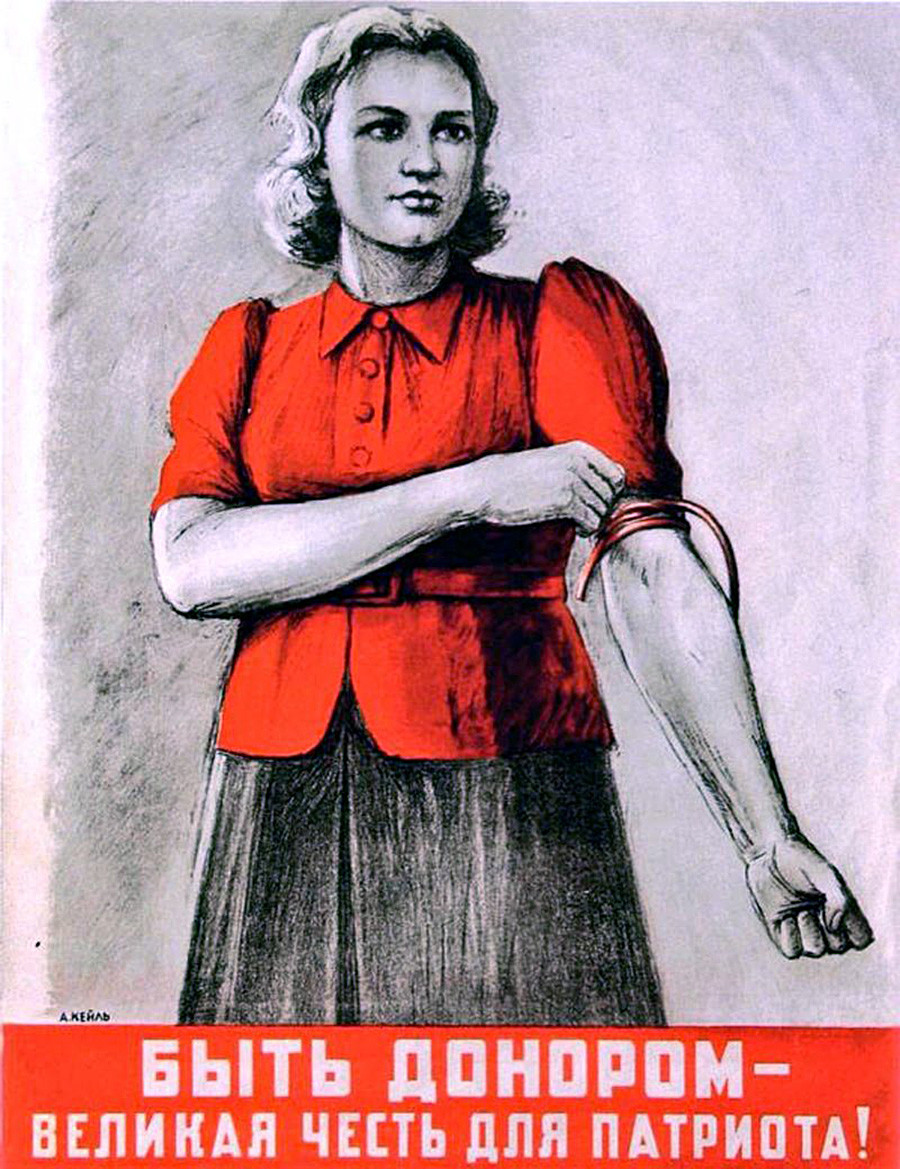 16. Being a medical doctor was a very honorable profession (and doctors were highly respected and considered as smart and well educated people). “A doctor is a friend of the nation!” 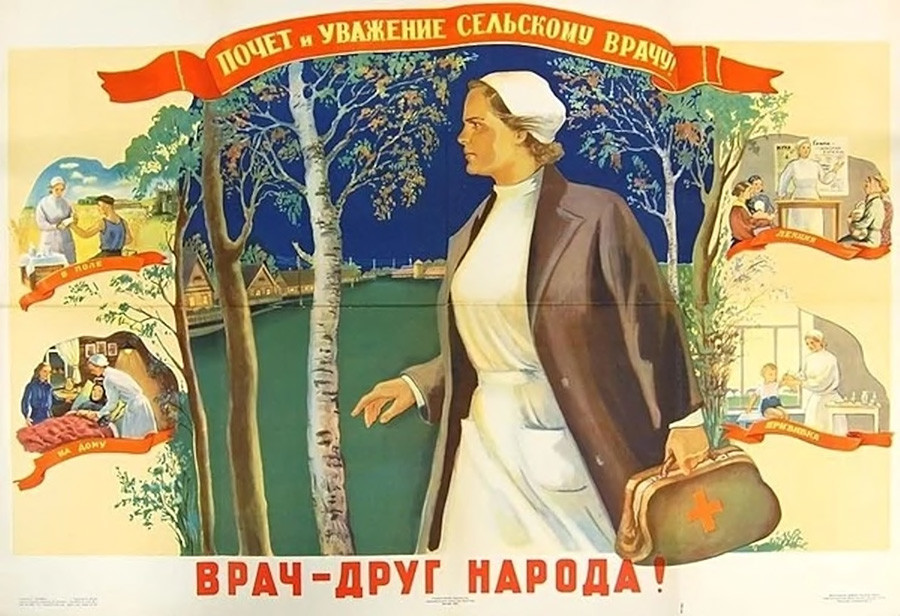 17. One of the most frequent pieces of advice after doing sports was cleaning teeth. Most Russians weren't used to it, especially peasants. So the Soviets started to advertise tooth powder and paste and force children to clean their teeth. 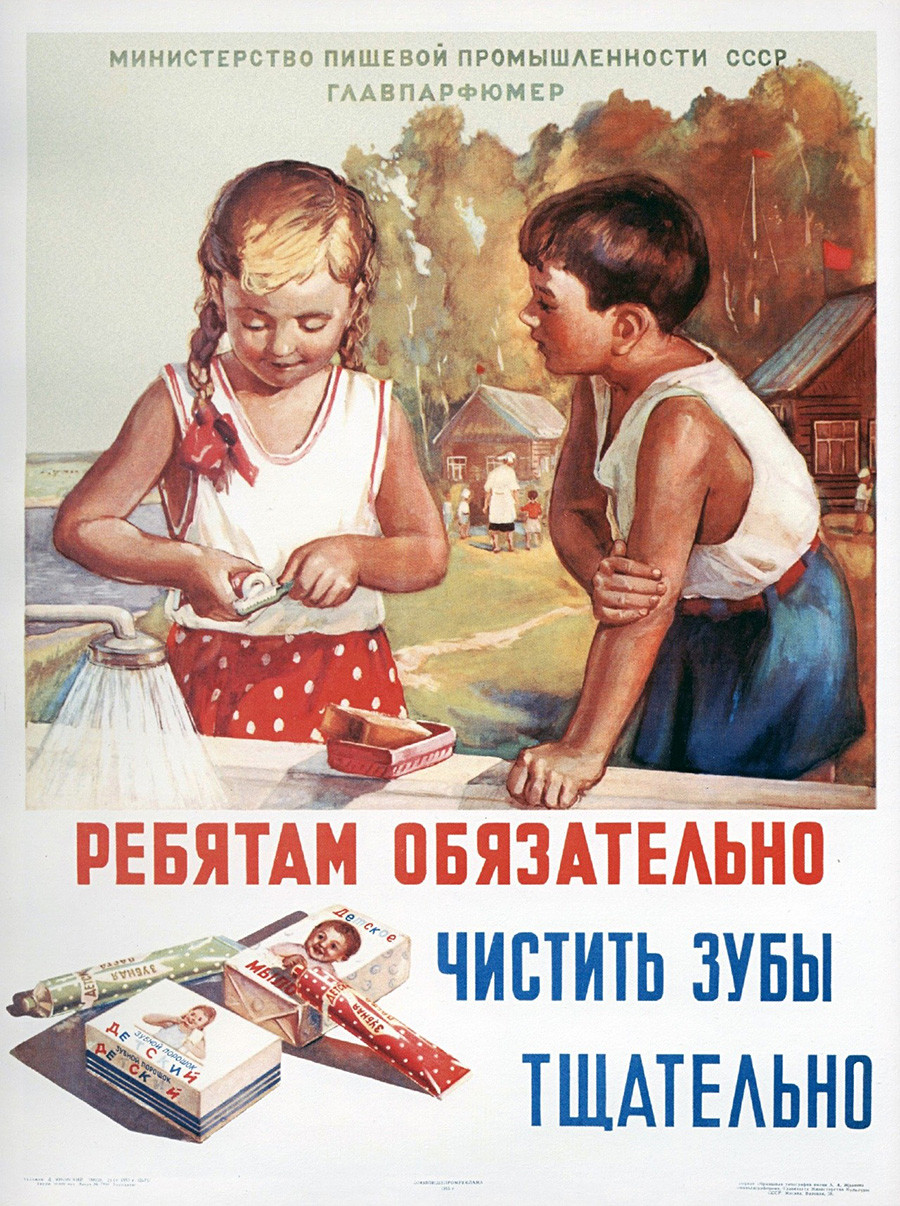 18. This poster explains to adults how dangerous aching teeth can be and that neglecting seeing the dentist can even cause heart disease. 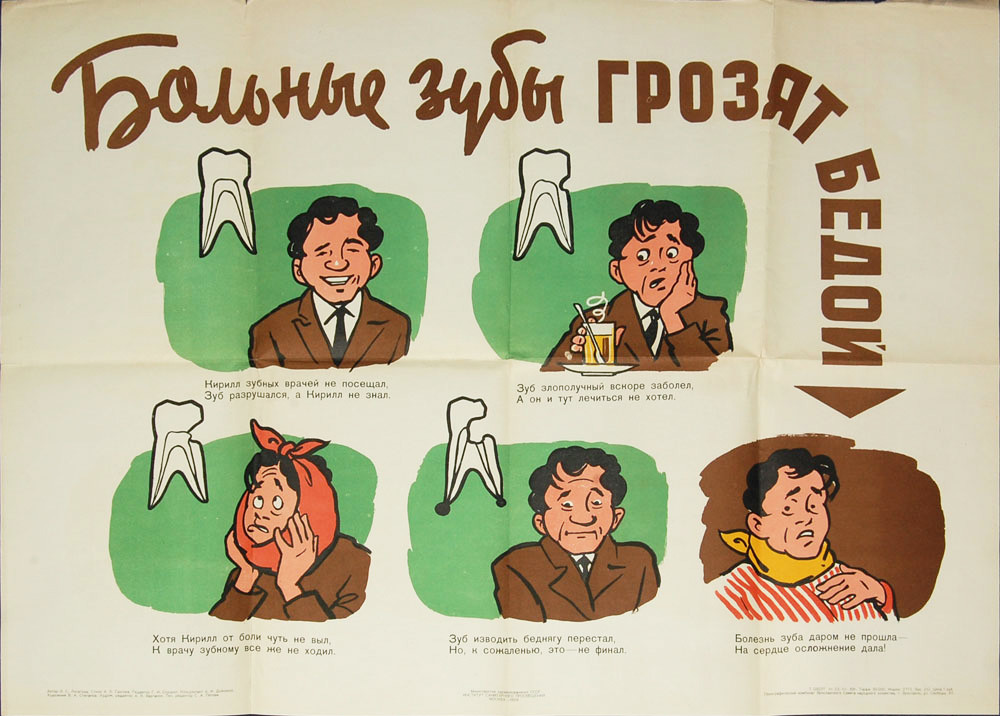 19. People were also advised to visit the optician if they had eye problems and not to attempt home cures. Eyesight should be tested annually - and boss-eyed conditions should be treated as soon as possible, with correct glasses. 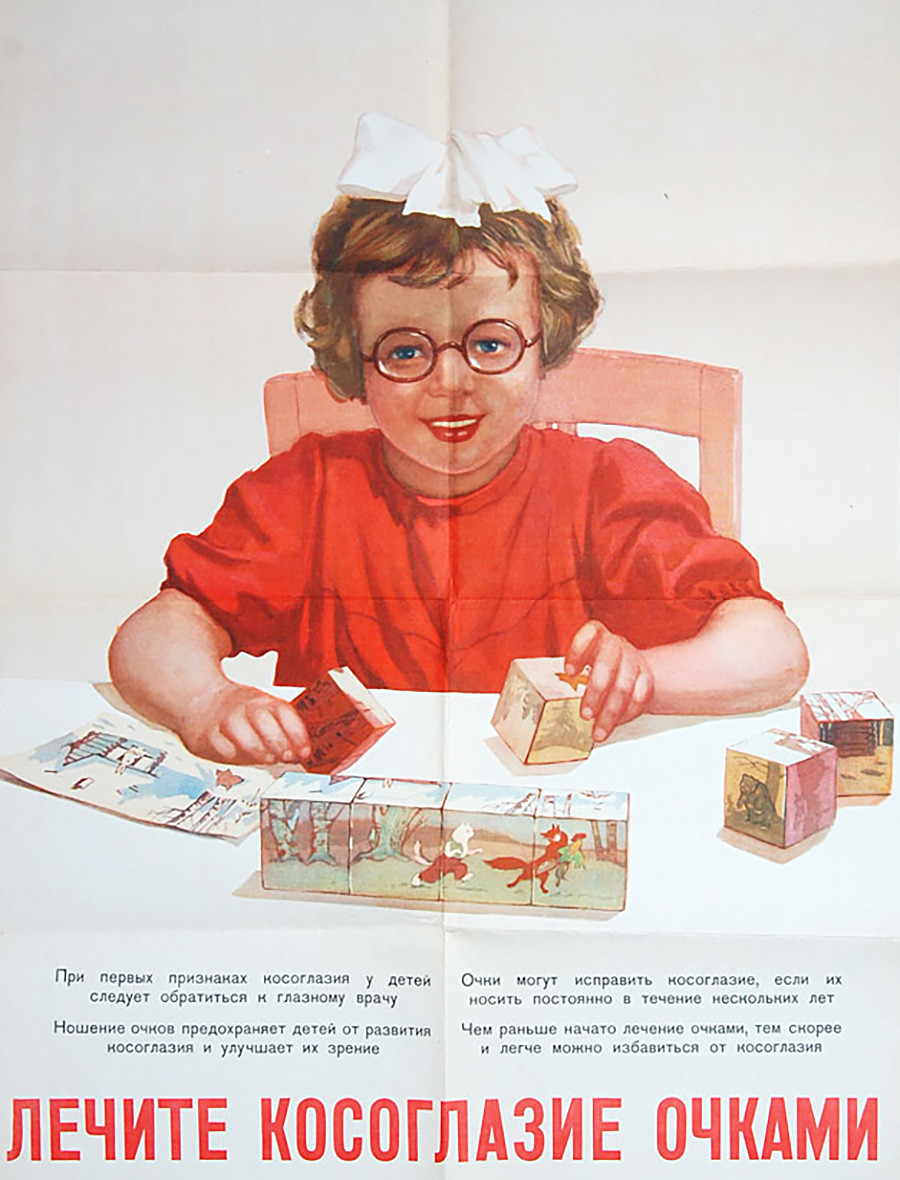 20. And finally, some timeless advice: “Wash hands before eating!” 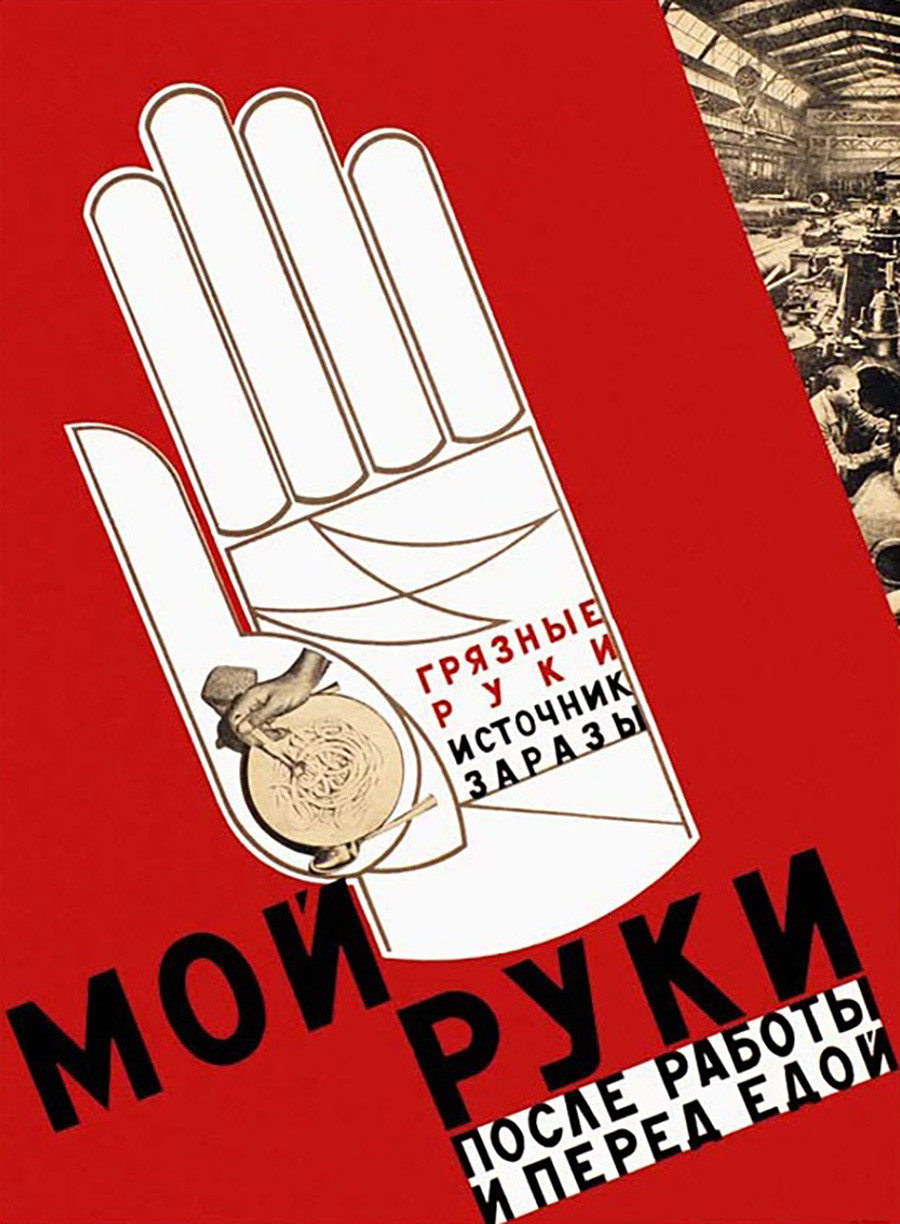