Video about life on a cyberpunk Russian farm goes viral 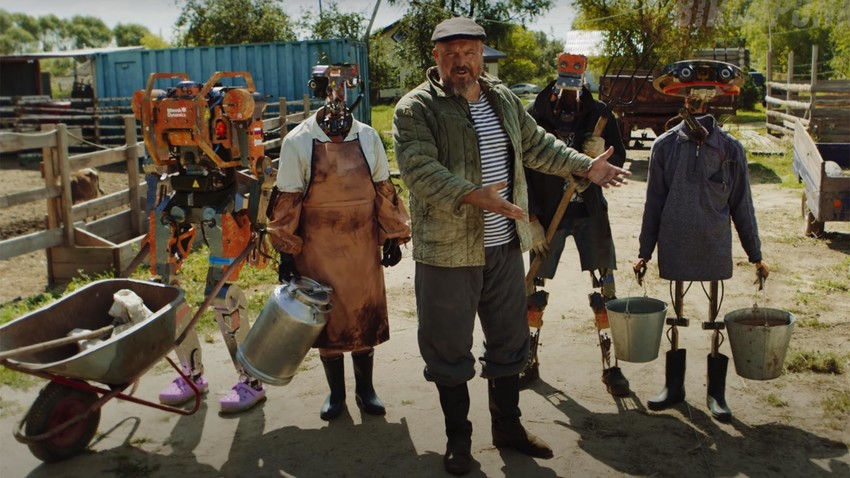 birchpunk
The pseudo-documentary film shows the funny side of life on a technologically advanced Russian farm - with a twist at the end.

The video posted on YouTube follows a farmer named Nikolai, who walks viewers around and shares an insider perspective on life in the technologically advanced, yet still very authentic Russian farm.

“It’s a lie that we are a technically backward country,” says Nikolai, before he introduces robot workers made by the ‘Izhevsk Dynamics Corporation’ (most likely a “Russified” reference to Boston Dynamics).

Nikolai opens up about technologies that have been so peculiarly applied to things so familiar to anyone who has been to a Russian farm. For example, instead of a simple hole in the ground inside an outhouse (toilet), the farm’s inhabitants use a real black hole to dispose of their waste.

Robots feed and milk cows and despite Nikolai’s feelings for a cyber-milkmaid, she falls for Nikolai’s tractor instead. Nikolai, in turn, dodges his wife who has been following him in the form of a flying screen and keeps nagging him about breeding quadcopters. 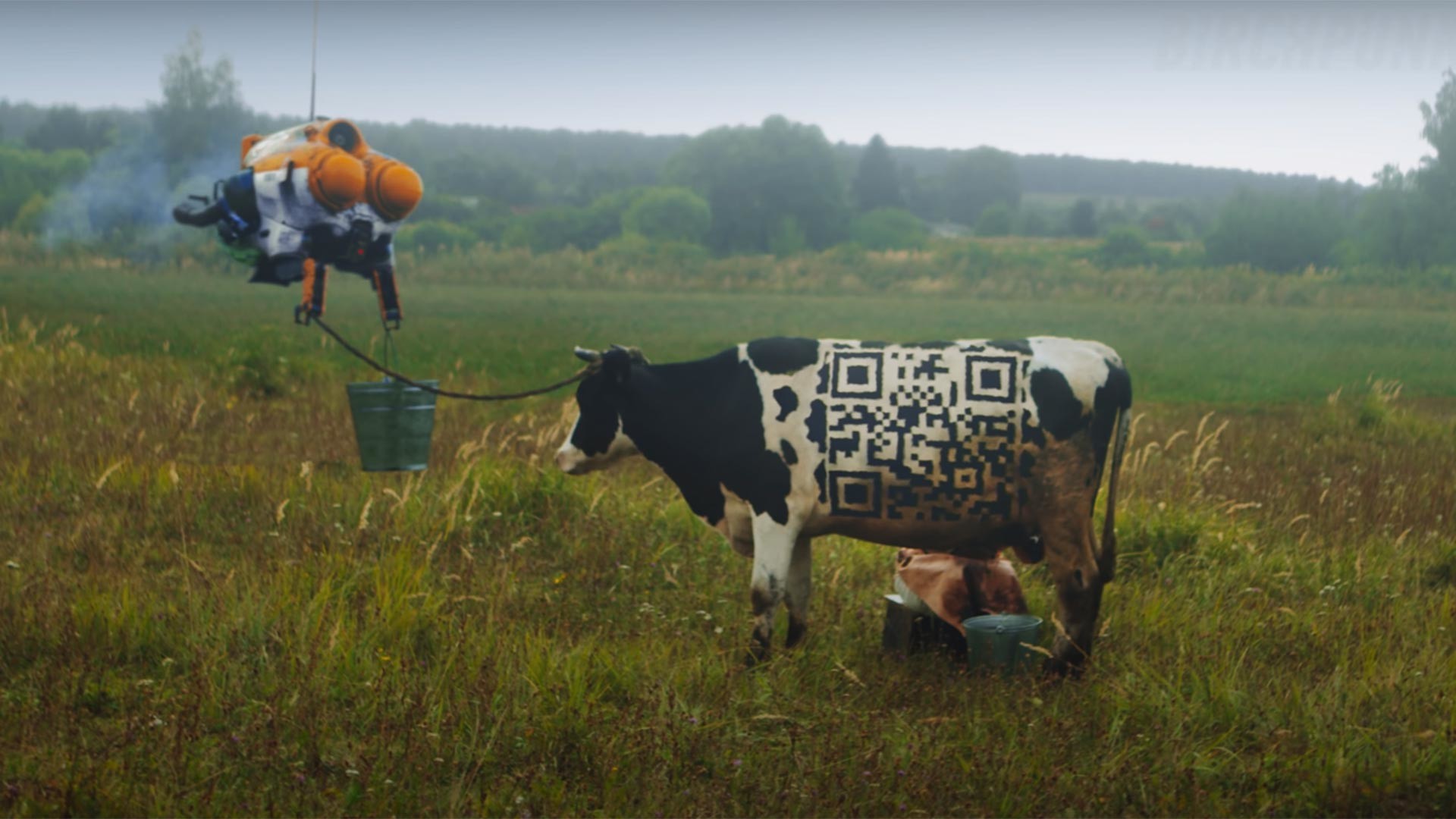 In the film, many quintessentially Russian problems remain unsolved, despite revolutionary technological advancement. Although the farmers do not use roads anymore, Nikolai’s hovering car shakes just like a usual car on a usual country road, because of the “air turbulence”. It takes years for the post to arrive (a veiled dig at Russian Post’s notorious delivery times), despite it being delivered by an aerial vehicle powered by what appear to be jet engines.

“Come to work with us,” says farmer Nikolai at the end of the video that pretends it is aimed at luring new people to work on the farm. At the end, viewers learn that the farm is actually located on Mars, a destination of scientific interest for both the U.S. and Russia.

The making of the video was completed in three months. Director Sergey Vasilyev said he will film a sequel if enough viewers like the first.

There’s also an unconfirmed theory that the whole video is a disguised ad for the Russian space agency ‘Roscosmos’, because the QR-code on the cow in the clip thumbnail leads directly to Roscosmos head Dmitry Rogozin’s Twitter account.

Click here to find out how a foreigner can open a real farm in Russia.