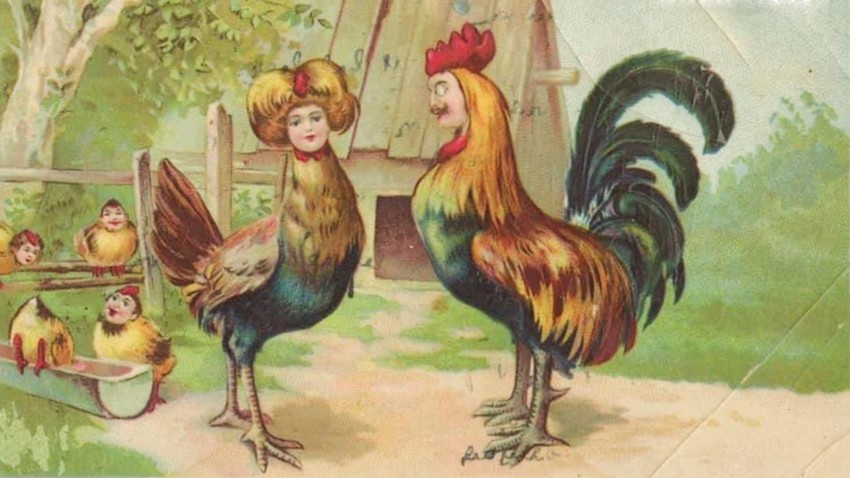 Public domain
Pre-revolutionary Russia loved to have a laugh as much as the modern social media user. These pictures would be printed on postcards, passed around and exchanged by the country’s elites.

Postcards first appeared in Russia in the late 19th century and, by the start of the 20th, were already in wide circulation during the holidays, just like chocolate. However, not everyone could afford to buy one - the upper classes were almost exclusively the purveyors, with prices ranging from 3-5 kopeks for black and white postcards and 5-10 for colored ones (a loaf of bread would set you back only half a kopek in those days).

The themes varied greatly: from standard congratulatory cards to famous artwork reproductions and all manner of cuteness. However, there was one category that tried to poke fun at everything, often in a sarcastic or cynical manner, bordering on the surrealistic. It turns out that the comedy and life problems of these ‘tsarist memes’ weren’t all that different to what we experience today. Picture Russians 100 years ago laughing at vegetarians, obscure fashion trends, as well as any humorous conflict between expectation and reality and you’d be right. 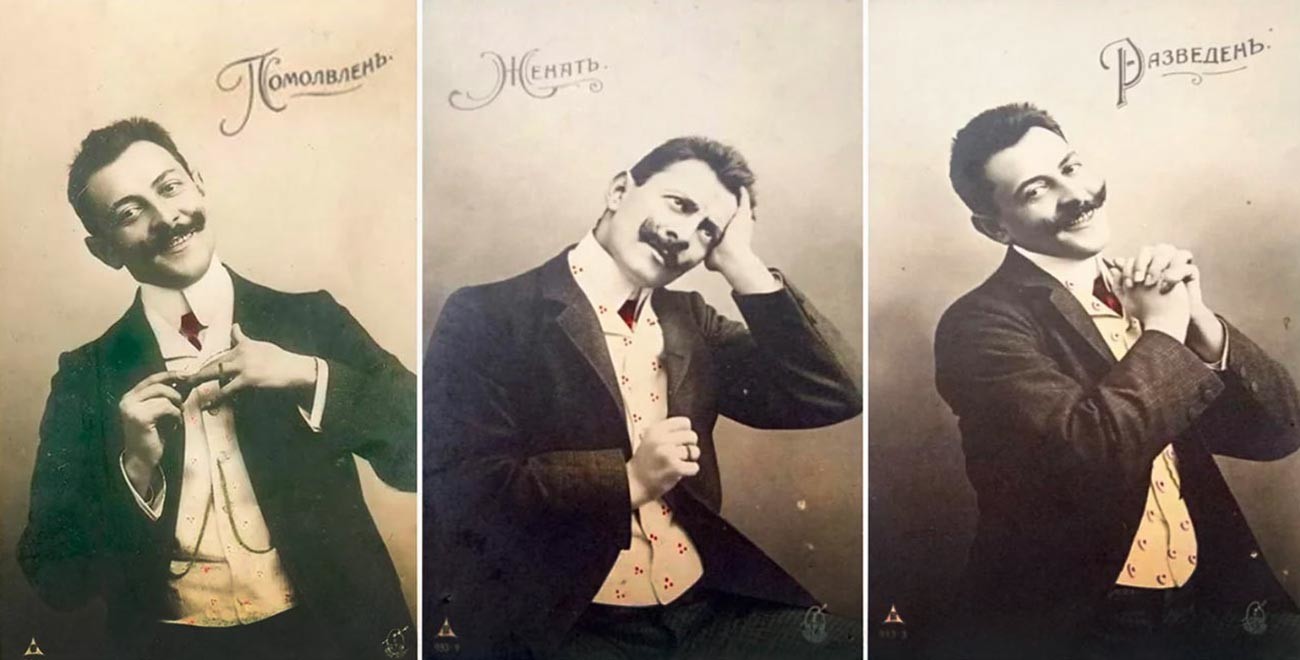 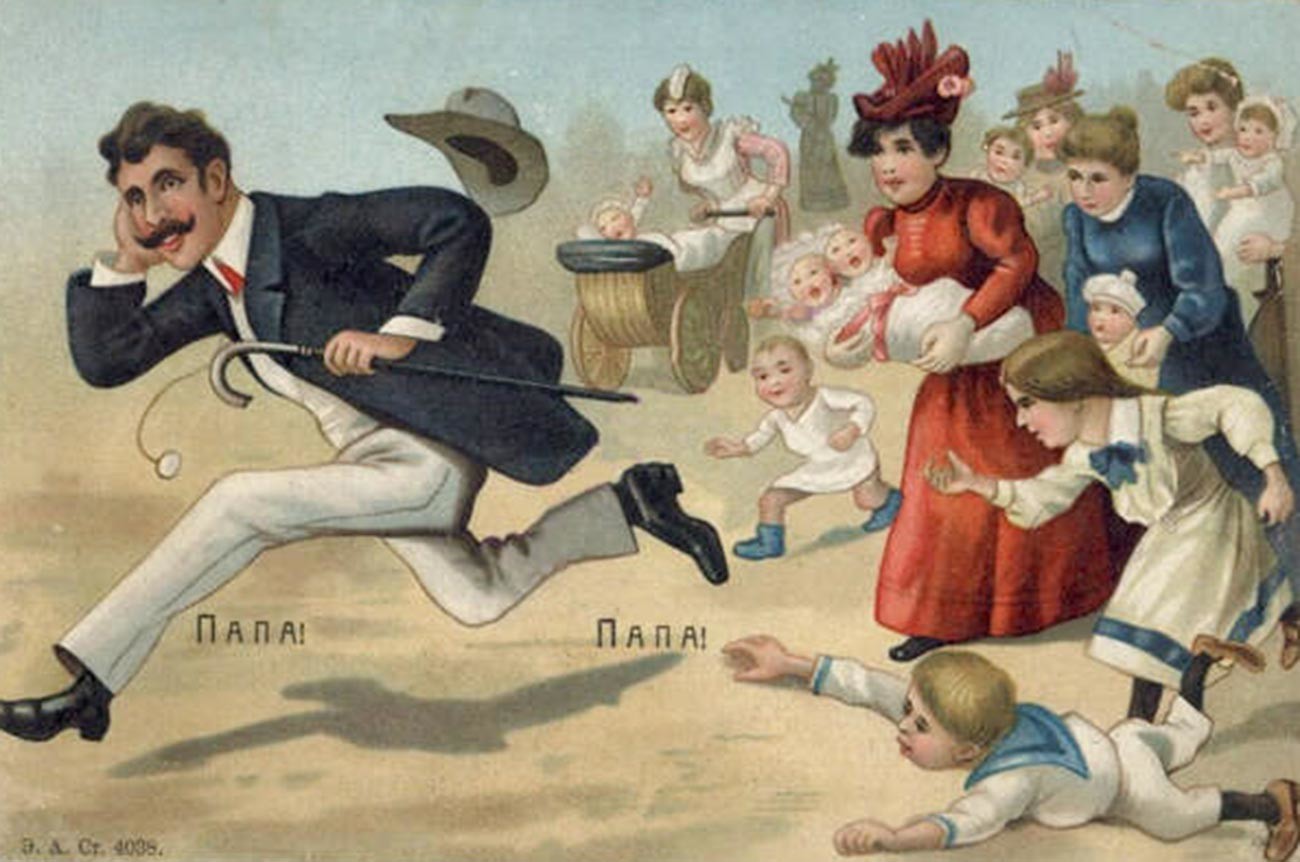 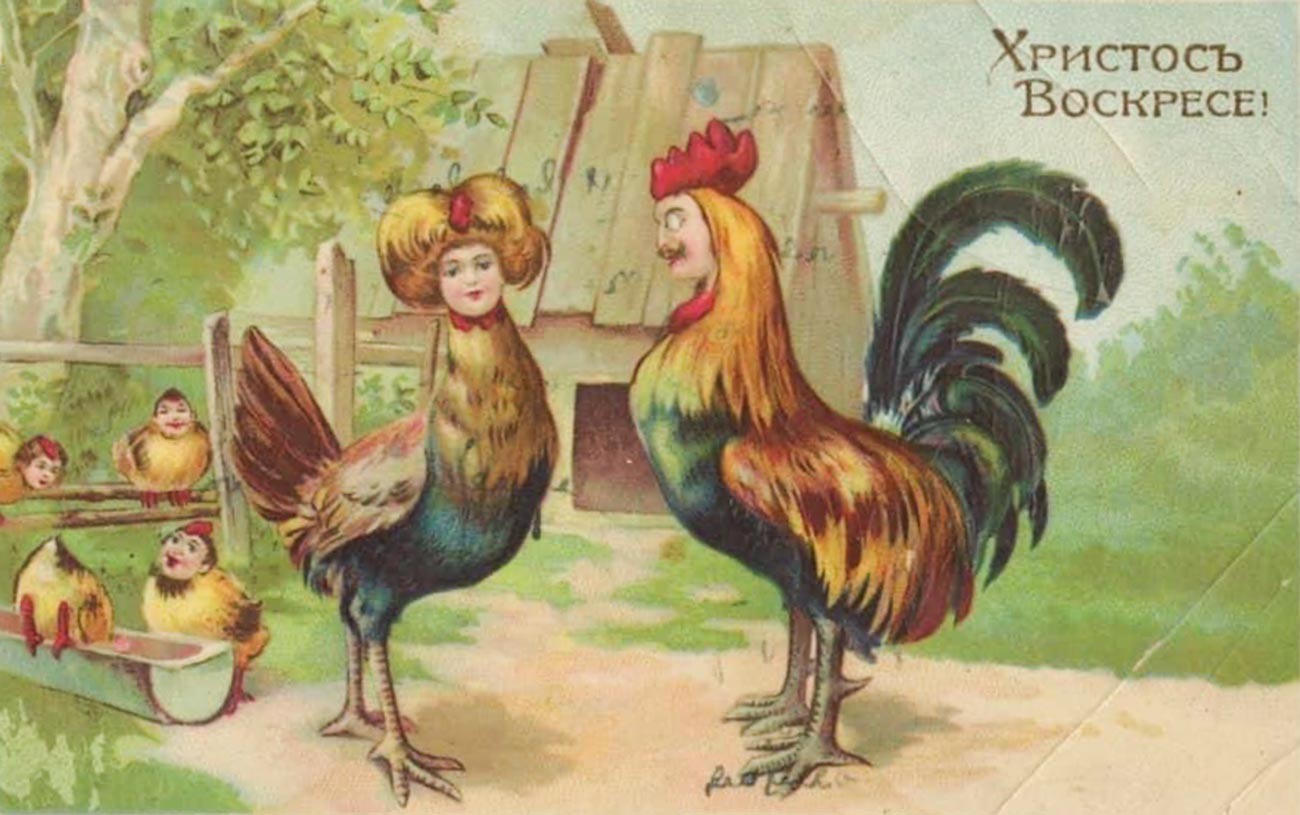 4.“A sea voyage can be a pleasure of sorts.” 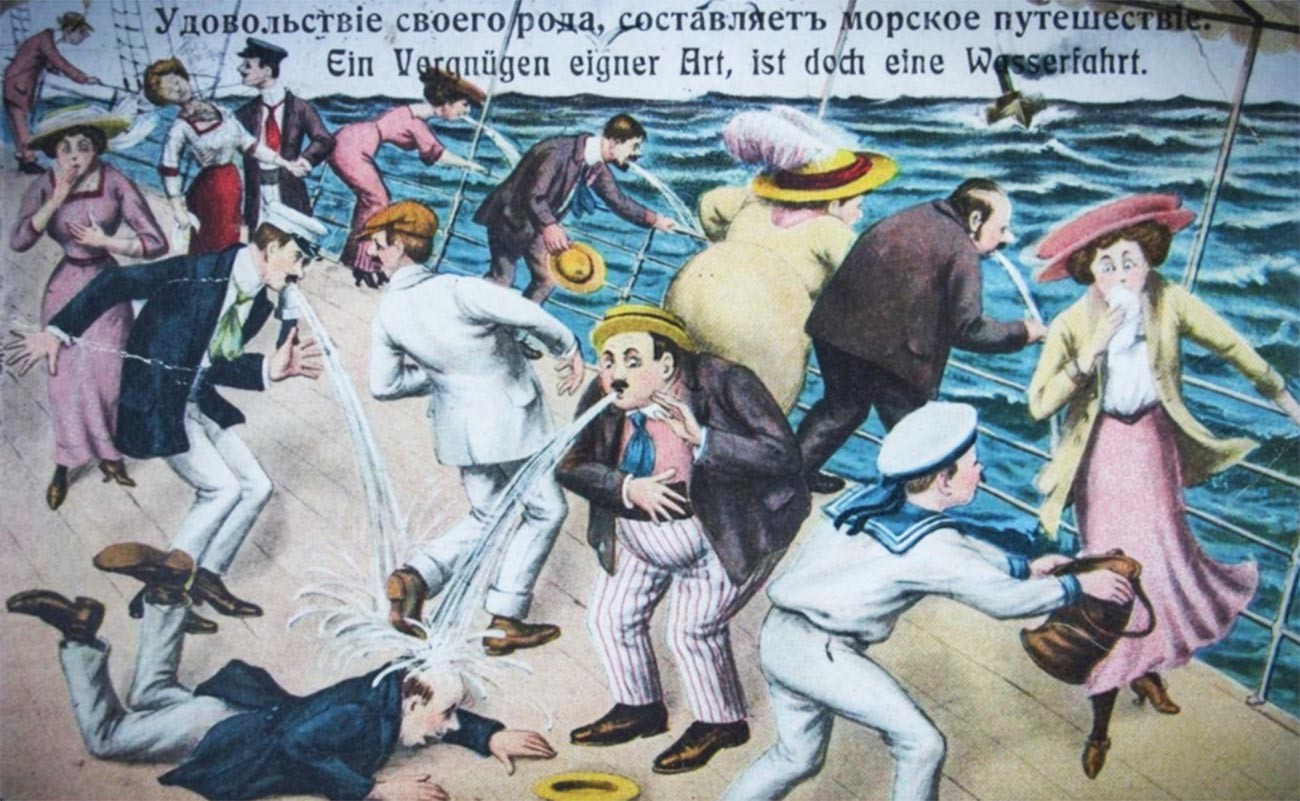 5. “Marriage of convenience” (Could this be the beginning of the modern cat meme?) 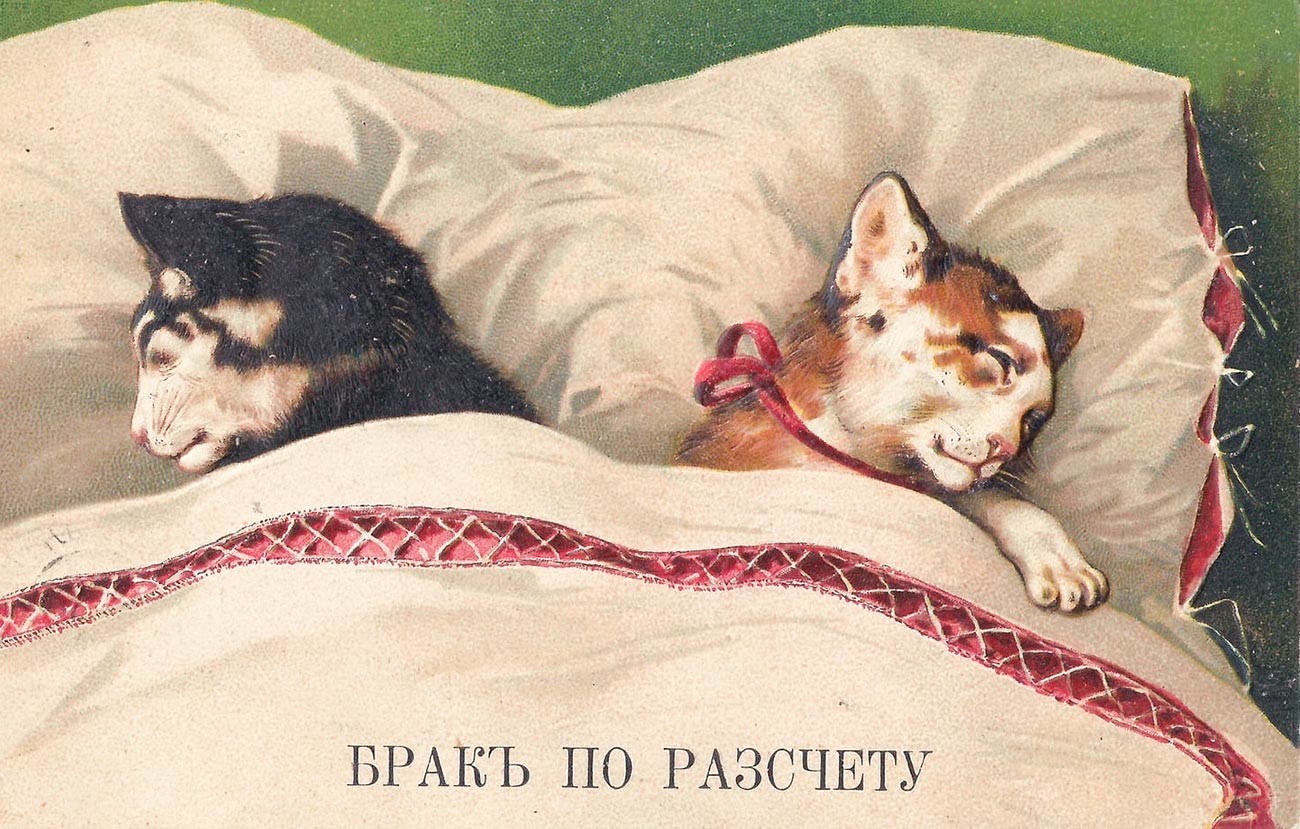 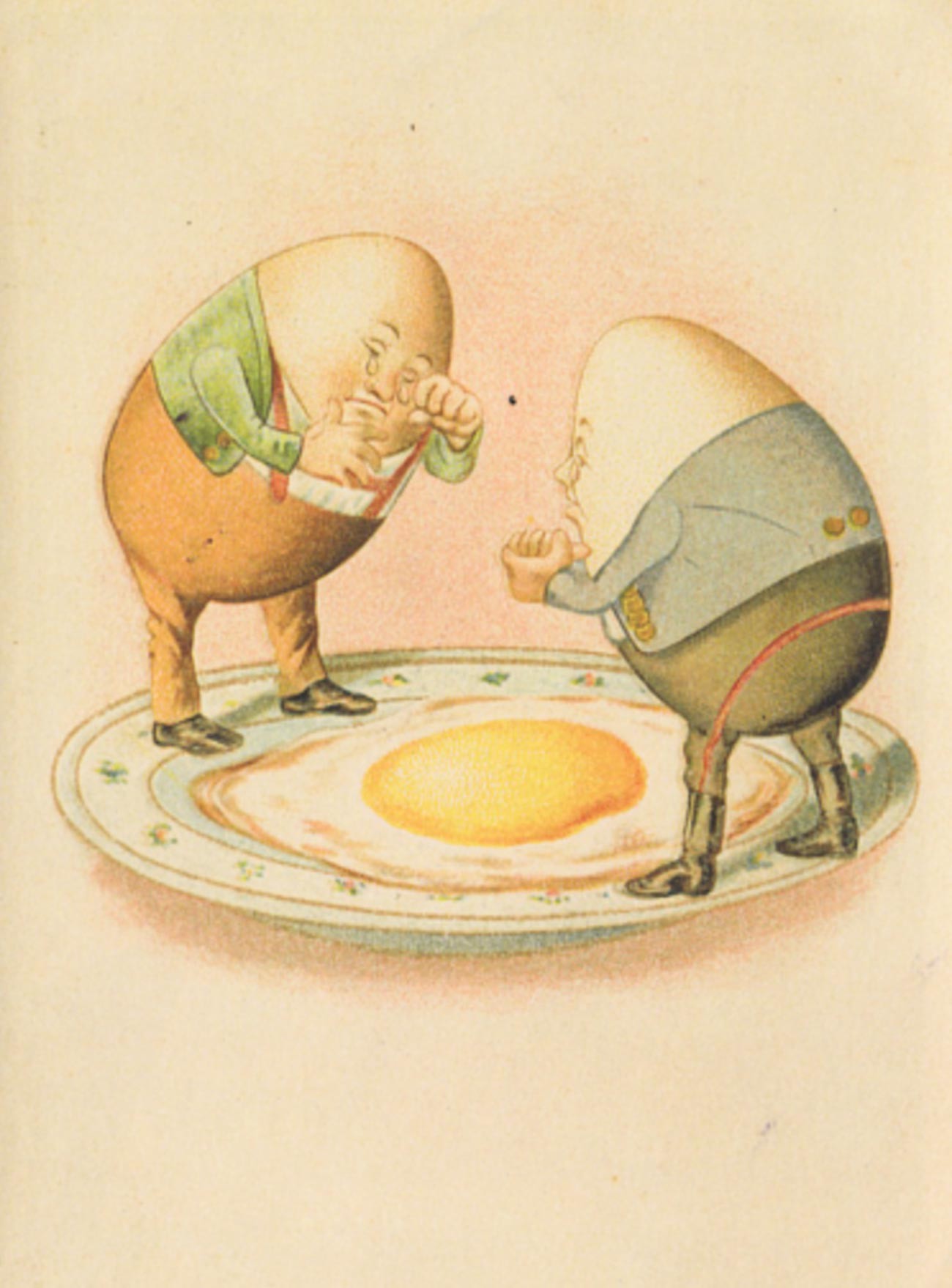 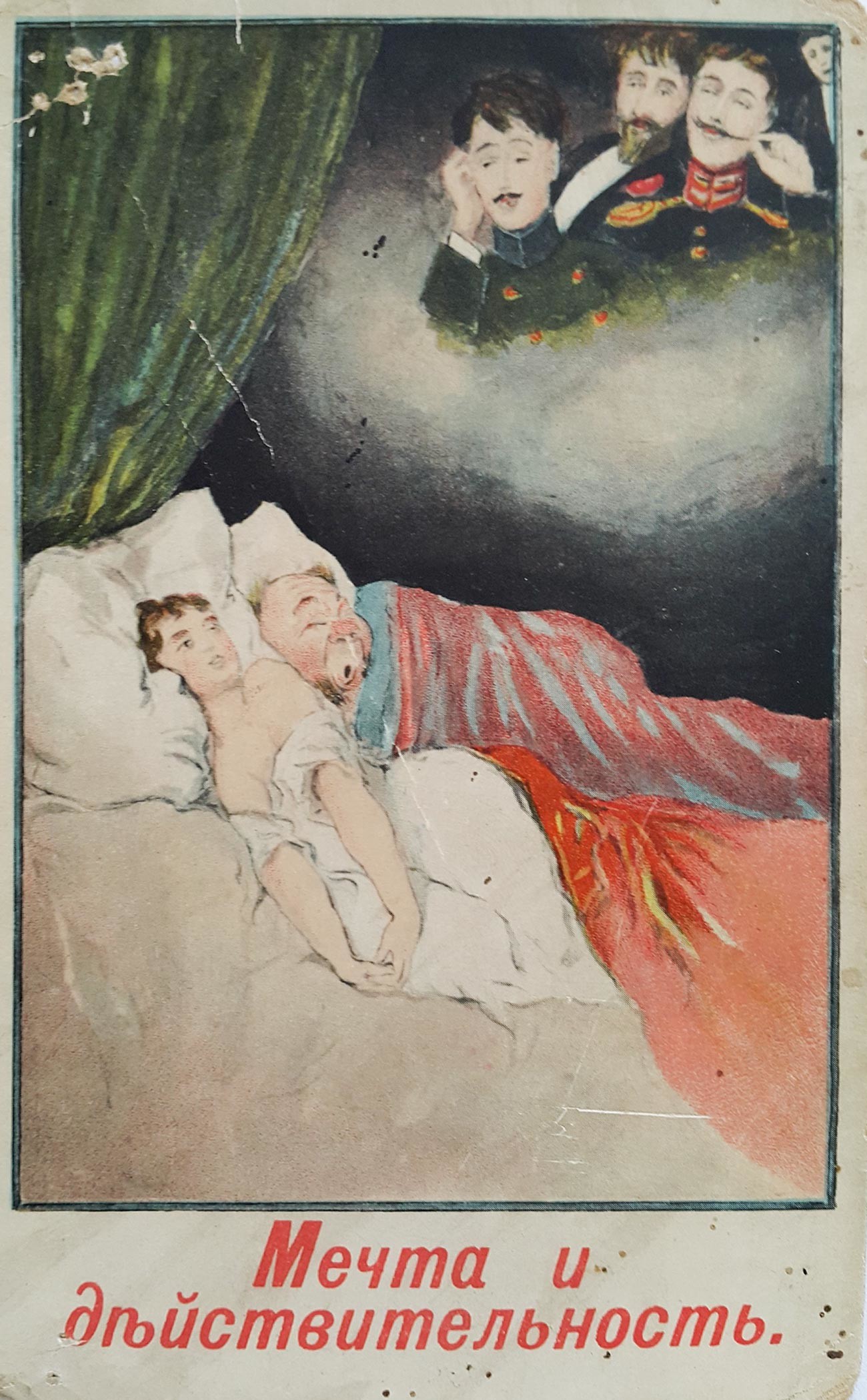 8. “Vegetarian: if I manage to escape danger, I promise to become a meat-eater.” 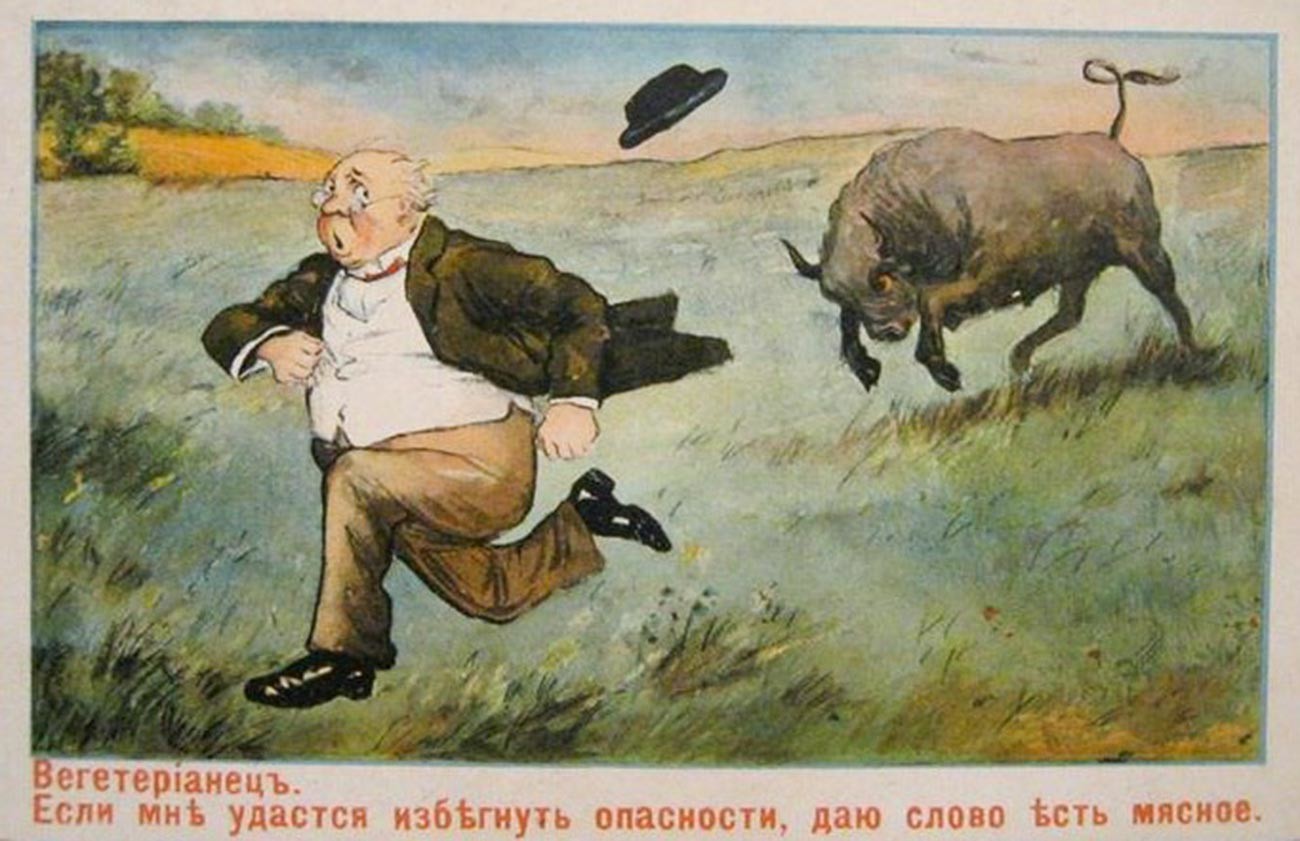 9. “A fighter for equality at a men’s bath house” 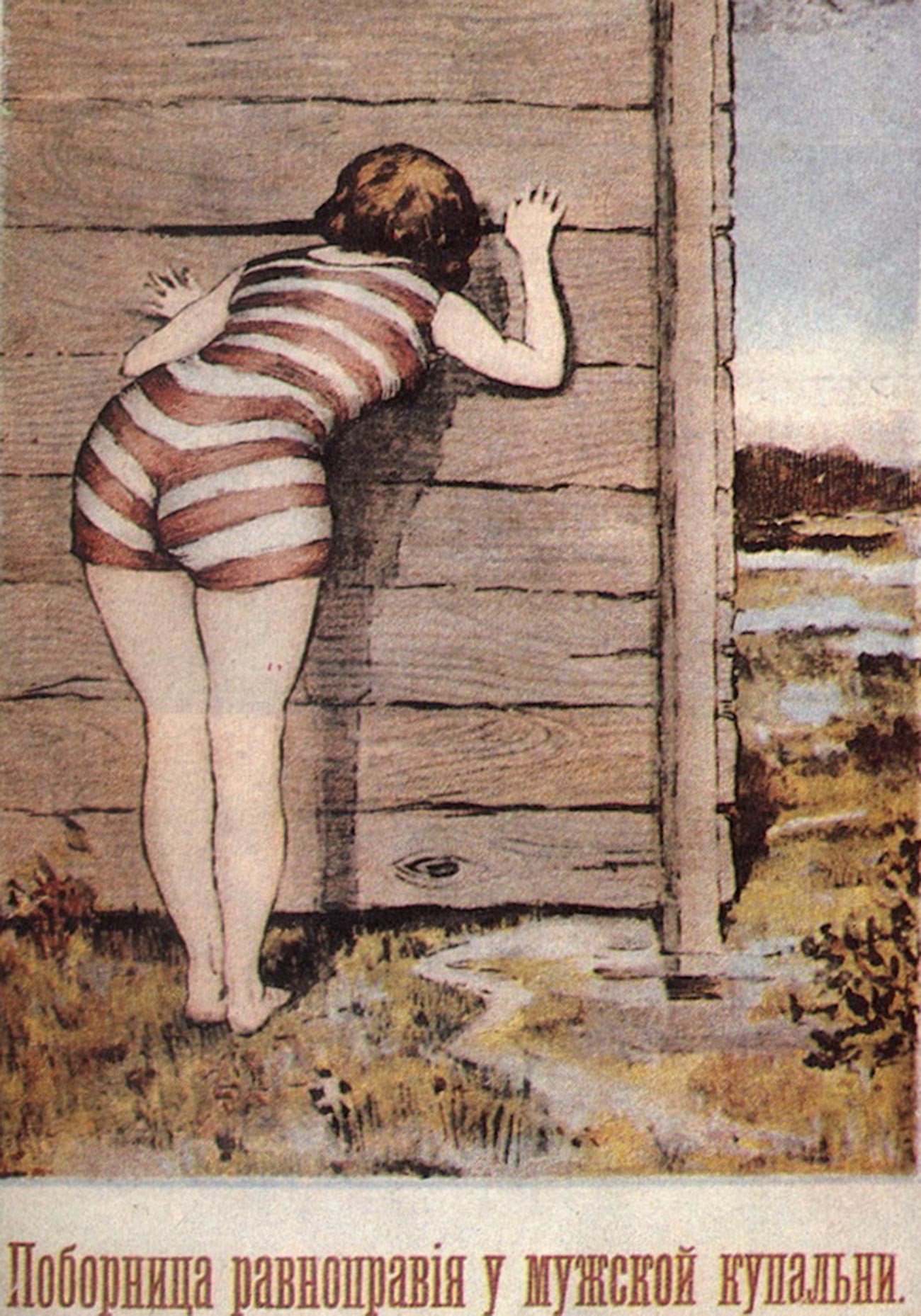 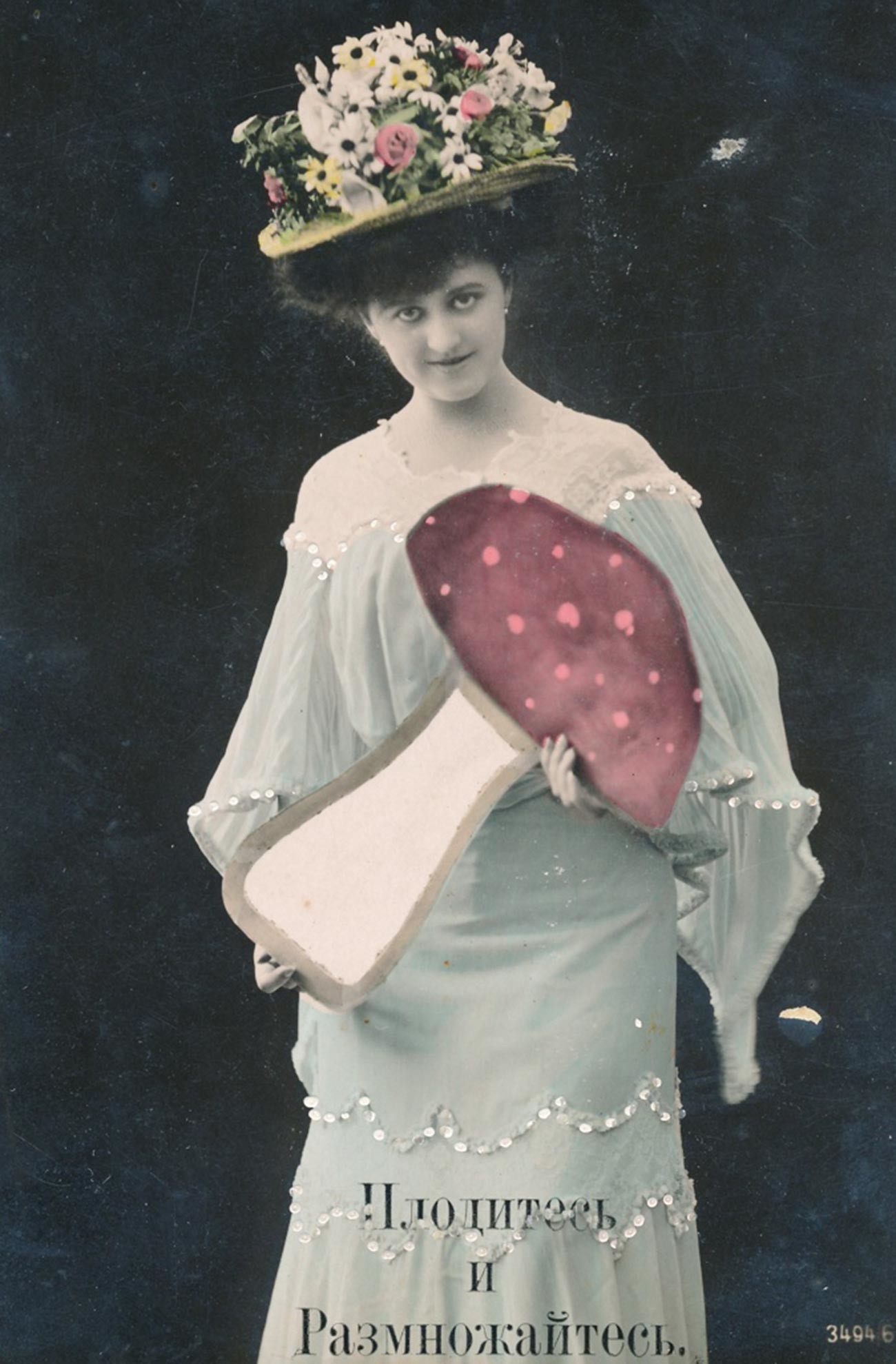