How Russians plan to greet the New Year amid the pandemic 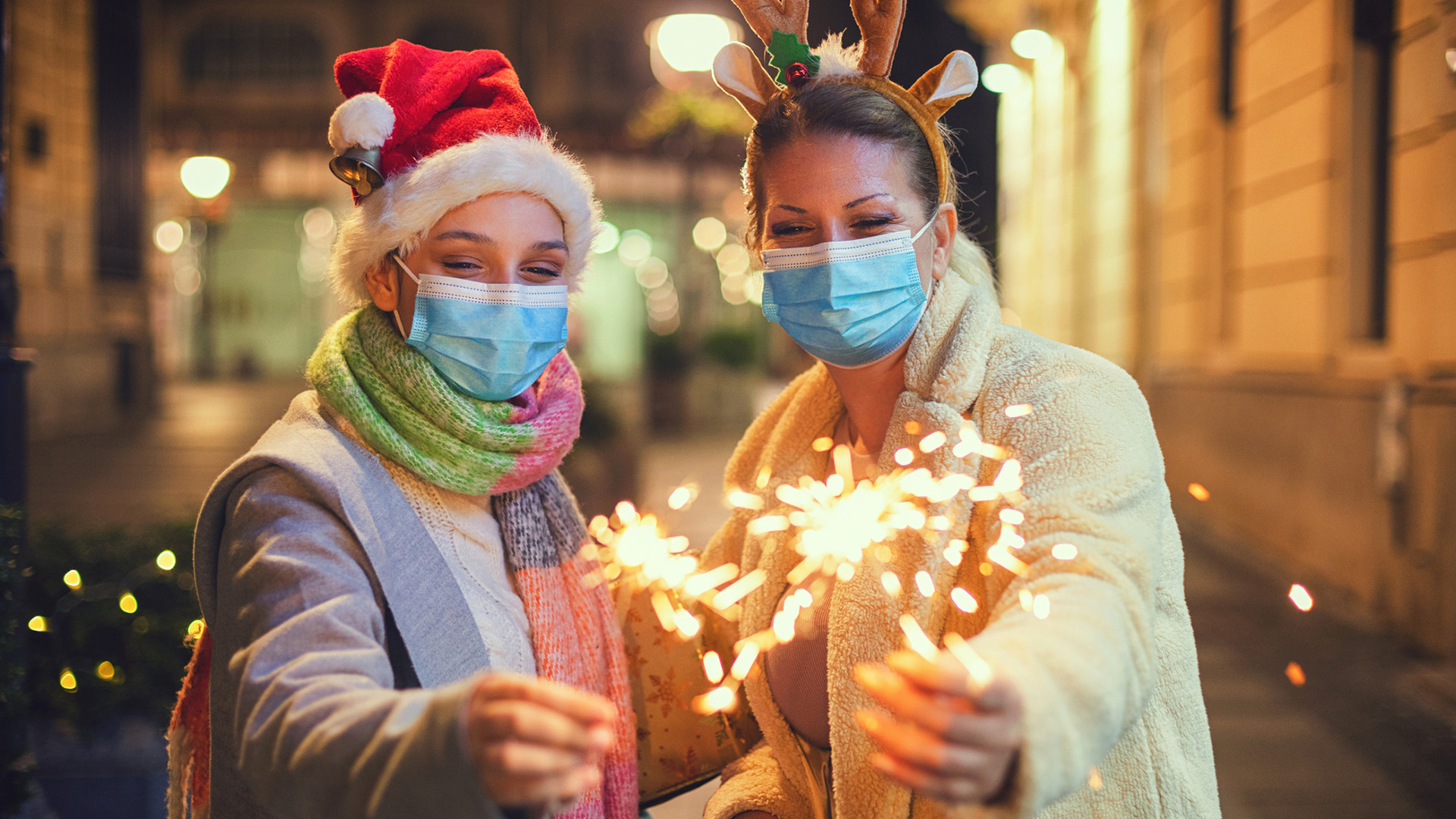 Getty Images
Bars and restaurants shut at 11 pm, ice rinks are closed and mass festivities are banned. So how are Russians planning to let their hair down?

From December 31, 2020, to January 15, 2021, most Russian regions will bring in various COVID-related restrictions. Cafes, bars and restaurants will close overnight, mass festivities and public events are off and children’s New Year shows and parties will be held online. Movie theaters and concert halls will continue to work, but only at 25% capacity.

In St. Petersburg, ice rinks in shopping centers, cafes, restaurants and theaters will not be open and New Year fireworks have also been canceled. Many other Russian regions have introduced similar restrictions. Below, we’ll tell you where and how Russians plan to celebrate the New Year under such restrictions.

85% of Russians intend to celebrate the New Year at home, according to a poll by e-ticketing service Yandex.Travel. Of those, only 13% fear catching the virus, while 9% are put off by the restrictions in Russia and abroad. Just over a third (34%) cannot afford to go anywhere and the remaining 29% are simply used to seeing in the New Year at home.

“For the past few years, I’ve celebrated New Year in different Russian cities. This year, I bought a car on credit, so I can’t afford a trip to Crimea or Sochi because of the interest payments. I can’t even buy a tree yet. I’m waiting to get paid so I can buy one, plus food for the New Year table,” complains Anastasia, a PR manager from Moscow Region. 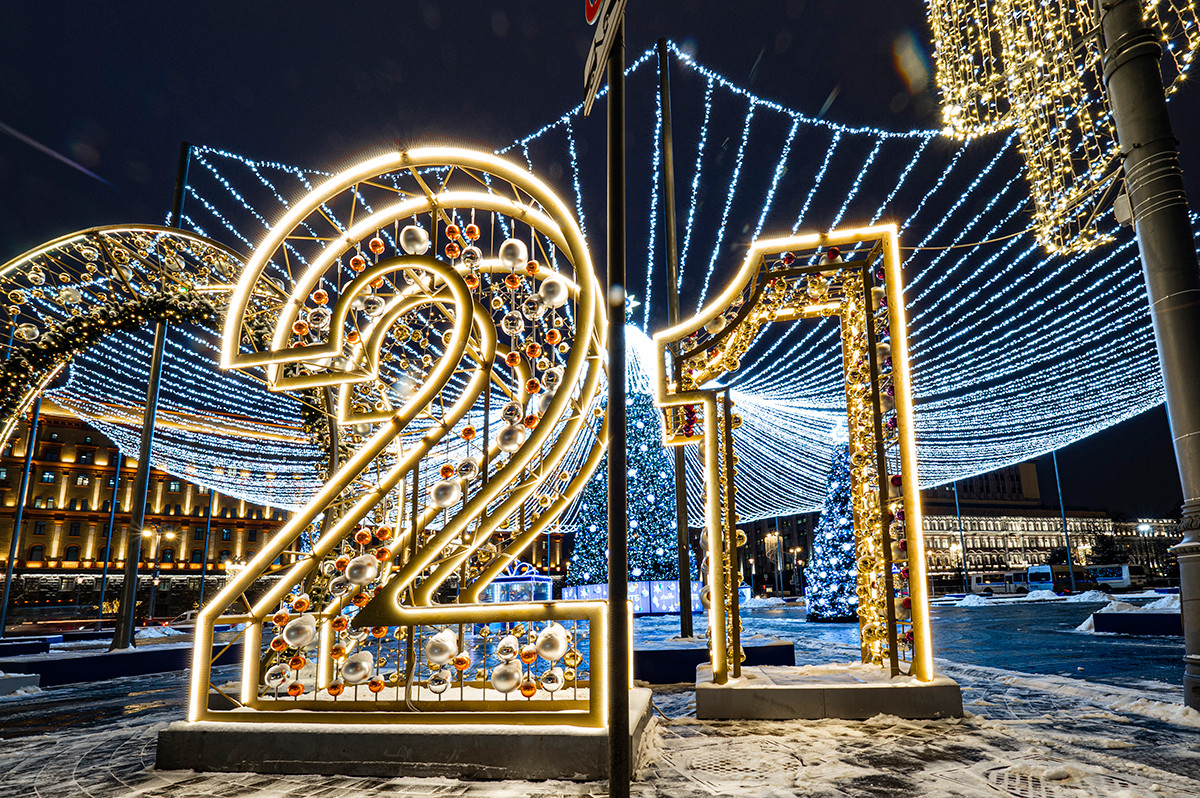 Alexandra from Moscow celebrates the New Year with her family and friends every year at their dacha and during the New Year holidays they often visit relatives. But the pandemic has derailed these plans, too.

“Now it seems a bit risky to invite friends. Someone might infect someone. Half my relatives are sick, so I won’t get to see them either. We also tried to buy food and champagne in advance to avoid the crowded stores on New Year’s Eve,” explains Alexandra. 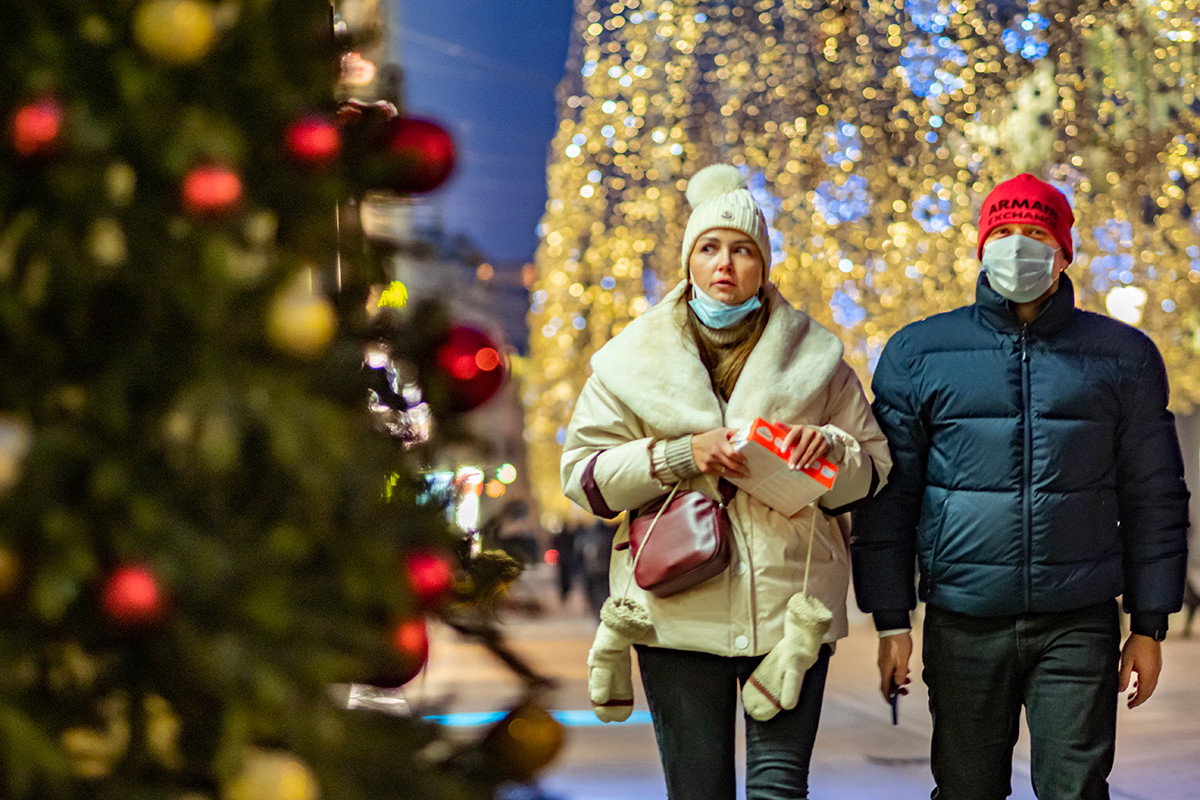 Due to the pandemic, orders for appearances by Father Frost (Santa Claus) and Snow Maiden — the two main New Year characters in Russia — have also collapsed. Elena Shamanova, an actress from Moscow who plays the role of Snow Maiden, has had 40% less work this New Year than last.

“There aren’t many orders, but sometimes I get one or two a day, sometimes more. Some ask for a COVID-19 certificate and I always send my test results. Plus I’ve already been ill and now have antibodies, so it’s easier for me to find clients,” says Elena. 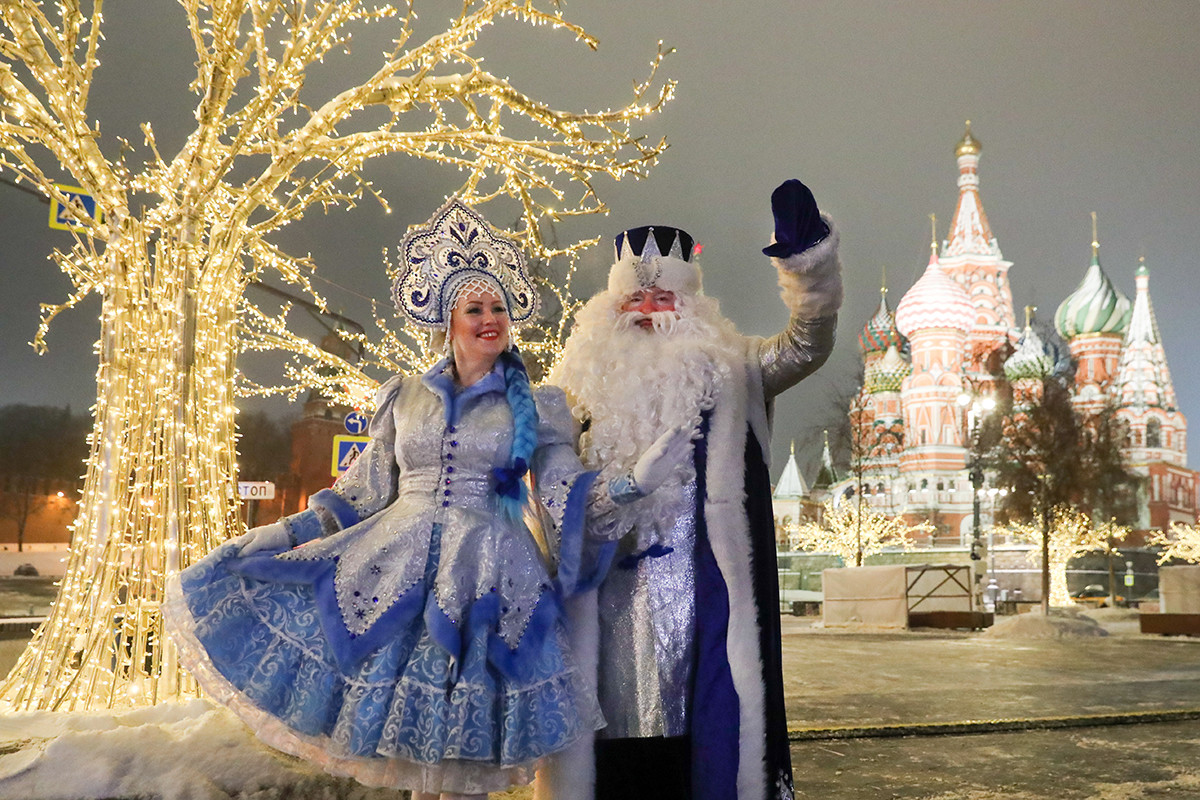 Another actor, Evgeny Abramov, who plays Father Frost, also complains about the lack of work.

“This year, I only have orders from regular clients for December 30 and 31. In past years, I earned a lot from matinees in kindergartens and development centers, now there’s nothing. It’s the same for bars — every New Year’s Eve I worked in a bar as Father Frost. But now, for the first time in five years, I’ll celebrate the holiday at home,” Evgeny tells about his experience.

In his words, clients are not that bothered about COVID-19 certificates, while if actors have already had the illness, they use it as a selling point.

“True, although I’d had the virus and recovered, one of my regular clients asked me to congratulate the kids not inside as usual, but on the staircase from a distance. They’re still worried,” the actor explained.

The remaining 15% of Russians will go on New Year trips around the country, according to the Yandex.Travel poll. Despite the restrictions, people will go to celebrate the New Year in Sochi, Moscow, St Petersburg, Kazan and Yalta — many bookings were made before the restrictions were announced. Some, like journalist Daria Labutina, will limit themselves to Russia’s Golden Ring, a collection of ancient towns and cities to the north-east of Moscow. 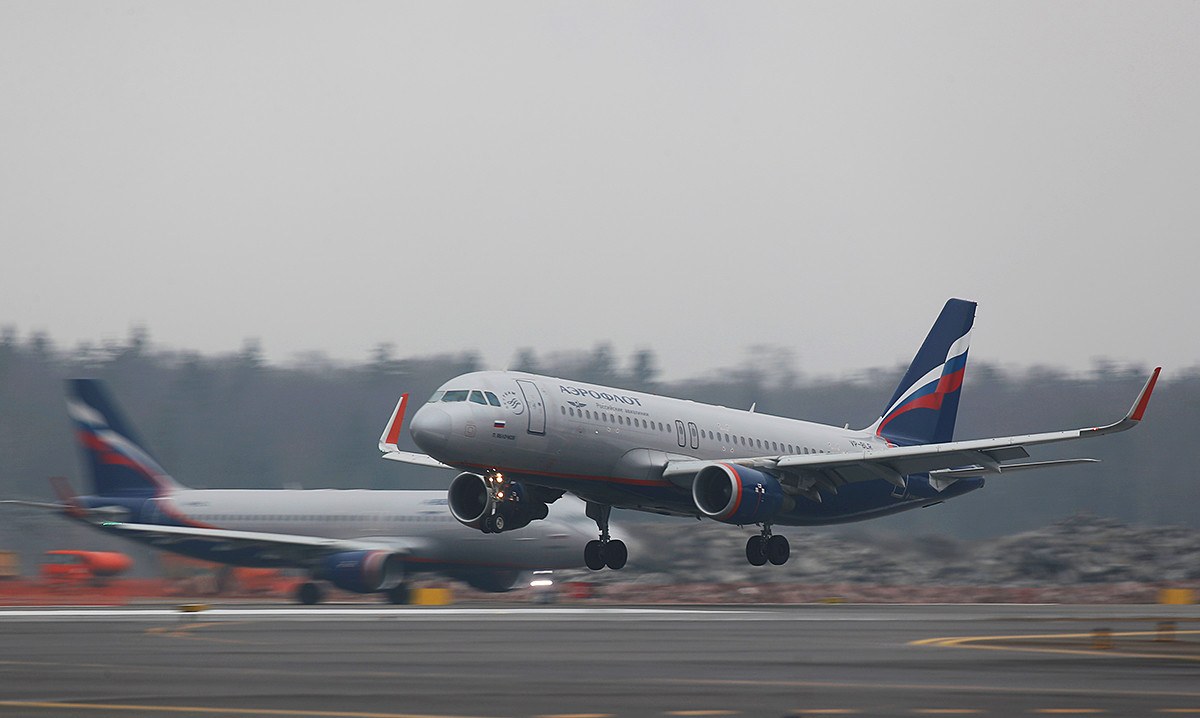 “I’ve always celebrated the New Year with my parents at home, but this time we decided to go on a tour of Rostov, Yaroslavl and Kostroma. True, we bought the tour before the second wave of coronavirus and the tickets can no longer be returned, so the whole family is worried about the health risks, especially my grandmothers. Were it not for COVID-19, God knows what I’d be doing this year,” says Labutina.

Product Manager Irina Prokhodova has planned a trip to the northern towns of Vologda, Veliky Ustyug and several others.

“I started planning the trip recently, precisely because of the rise in the number of cases. I’ll go with friends by car. We’ll stay with friends in the countryside and only occasionally in hotels. We’ll try to have less contact with people. On the plus side, we’ll get to see the real Russian winter. So a festive mood is guaranteed,” says Prokhodova optimistically. 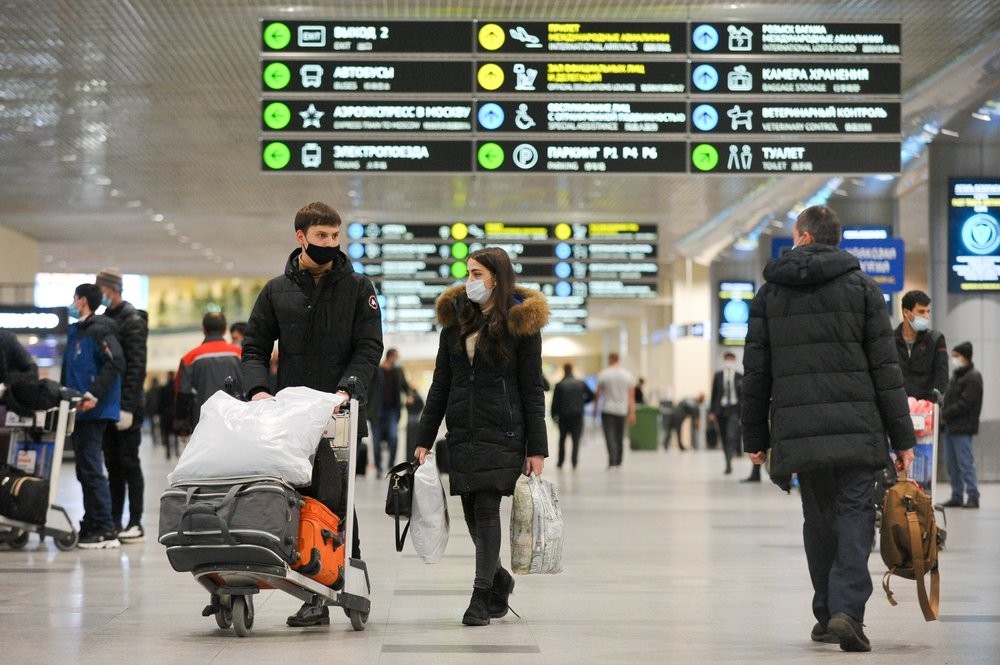 Few Russians are planning to celebrate the New Year abroad, but for those that are, the favorite destinations include Turkey, Abkhazia and the UAE. Kirill Savinov, who works for Yandex, will see in the New Year in Istanbul, despite the fact that cafes and restaurants there are only open for takeaway and during the New Year holidays, from December 31 to January 4, a 24-hour curfew will be in force.

“I’m going with my wife and friends. As I understand it, they have about the same restrictions as in Russia, only with stricter rules for masks. Even if everything’s closed, wandering around deserted Istanbul or hanging out in a rented apartment will be fun,” says an upbeat Kirill.