20 most popular Russia Beyond articles of 2020 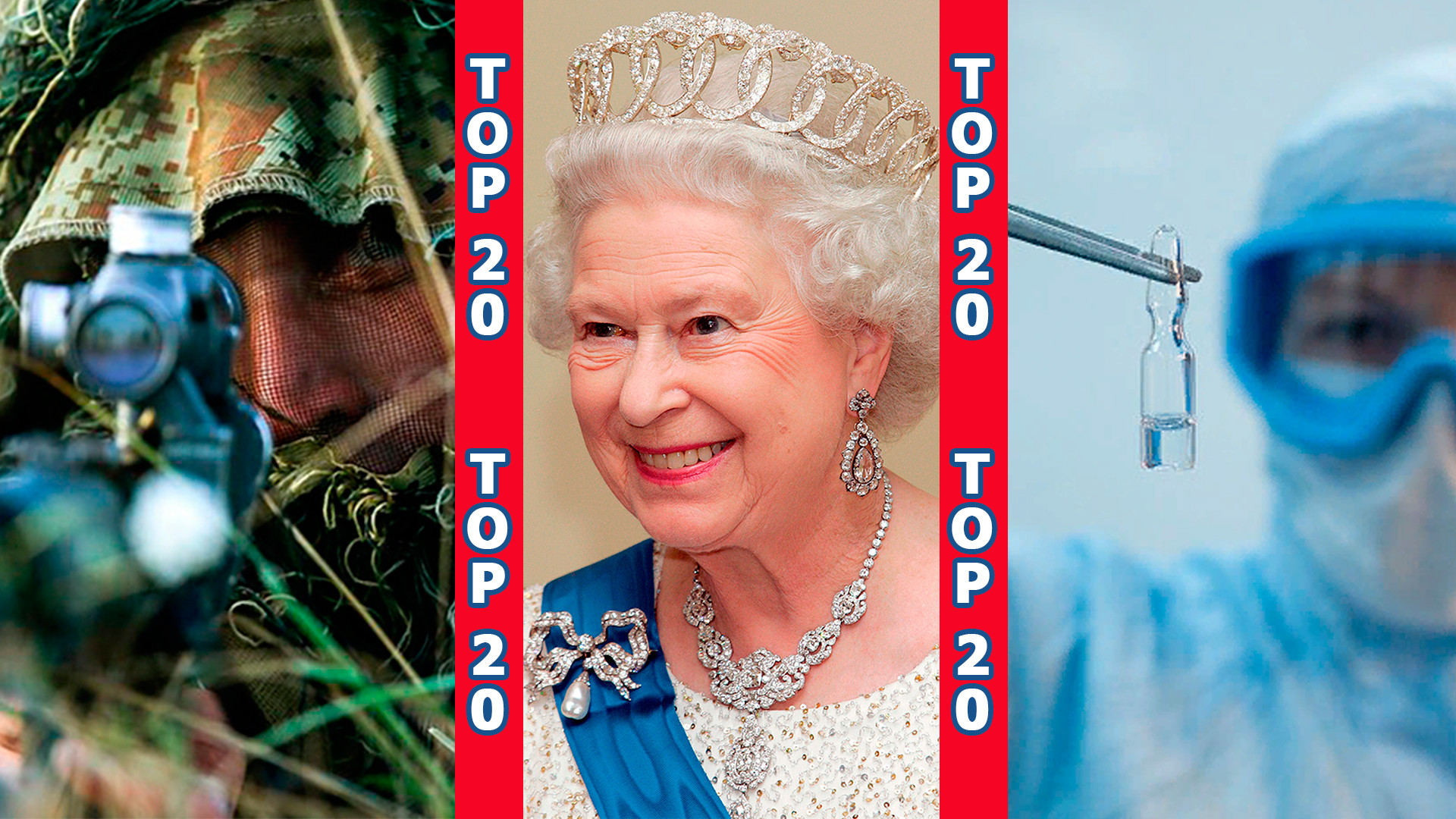 Sergey Sevostyanov/TASS; Getty Images; Reuters
According to the statistics, these are our most read stories of the year. Be sure to check in case you’ve missed any of them. Oh, and you’ll be surprised to see which one’s at number 1!

20. 7 Russian electronic artists you NEED to add to your playlist 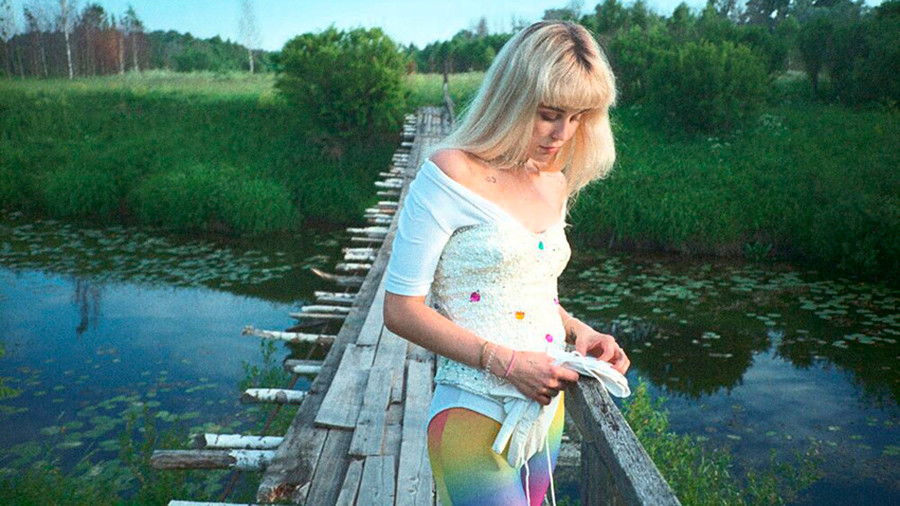 Many clubs around the world are currently closed at night. However, even under lockdown you can still enjoy listening to techno and house music at home. Here’s how!

19. How Russians fight coronavirus with humor! Best memes and jokes 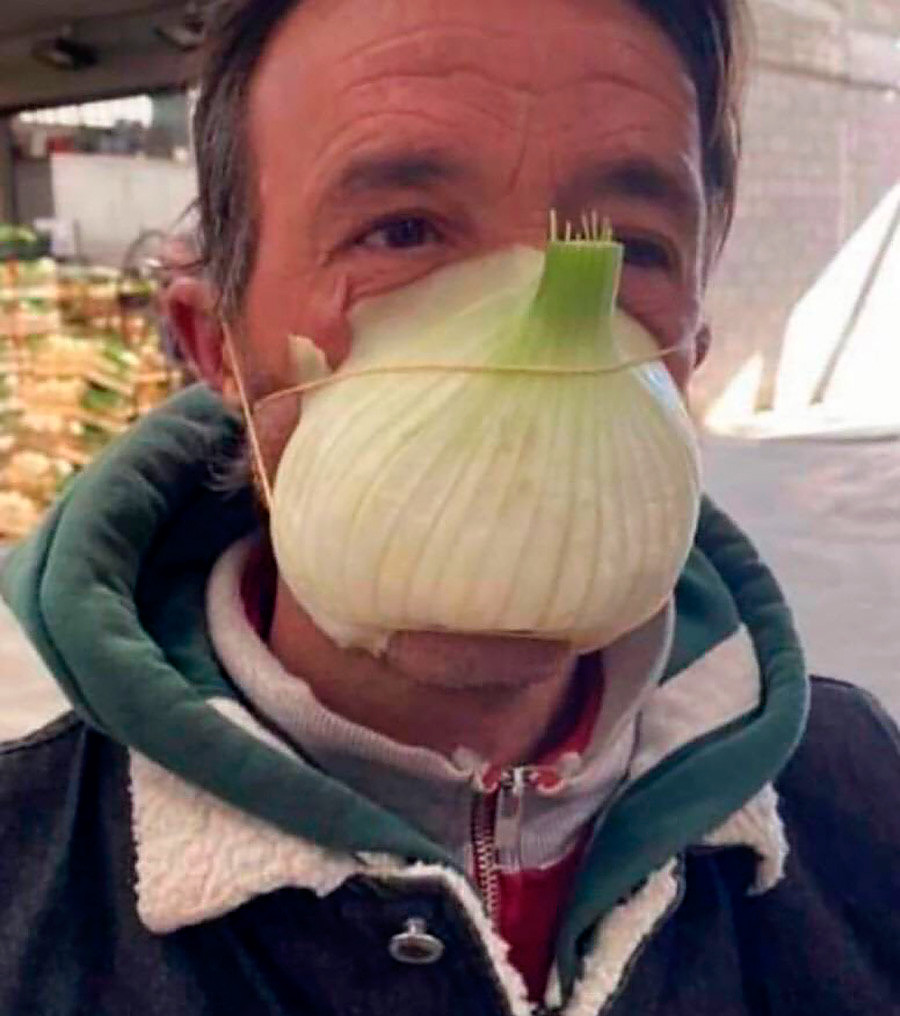 The Covid-19 outbreak was definitely topic number 1 this year. It’s hard to believe now, but there were only about 93 infected people in Russia in mid-March, but in anticipation of the lockdown Russians went crazy and started buying up to two most vitally important things… toilet paper (like everywhere else in the world) and buckwheat (it’s a Russian thing). Humorous reactions to the virus and people’s behavior related to it flooded Russian social media. We translated the best gems for you here. 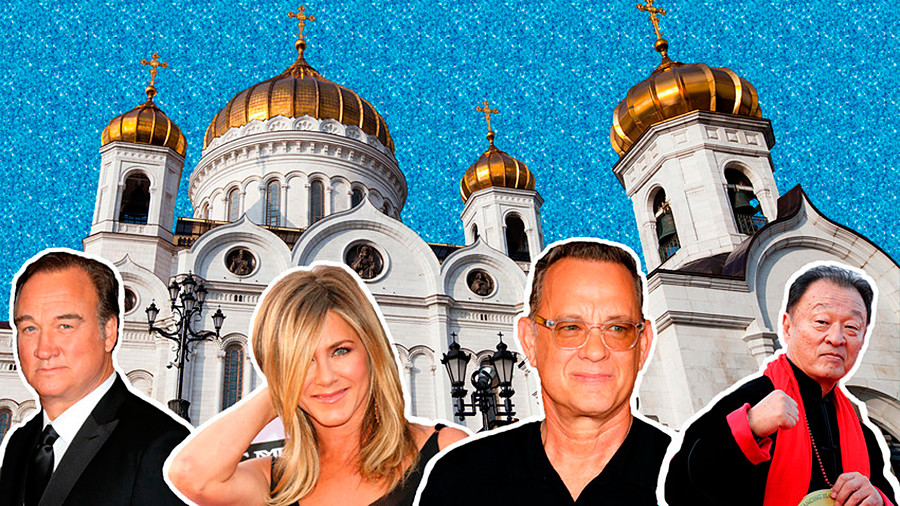 Did you know that such A-list celebrities as Milla Jovovich, Tom Hanks and Jennifer Aniston are all Orthodox Christians? They all have different stories behind their faith - and some of them had to go on long spiritual journeys before converting. Read more here.

17. Can this old Soviet tuberculosis vaccine really kill the coronavirus? 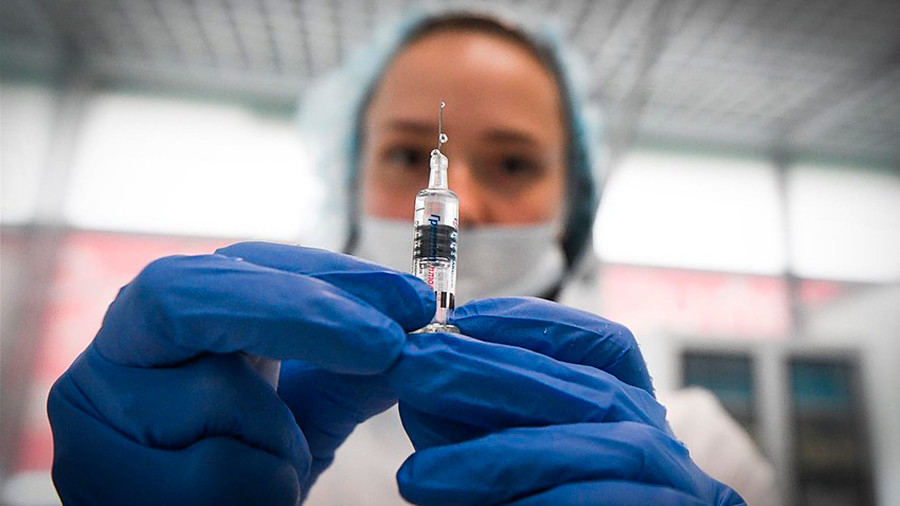 During April’s sharp increase of infection cases around the world, long before Russia and other countries were close to developing a vaccine against the novel coronavirus, rumours circulated in the press that an ordinary shot already given to millions of Soviet and then Russian school children could also potentially immunize against COVID-19. We investigated if that’s true here.

16. Russian scientists take the first photo of a novel coronavirus and fully decode its genome 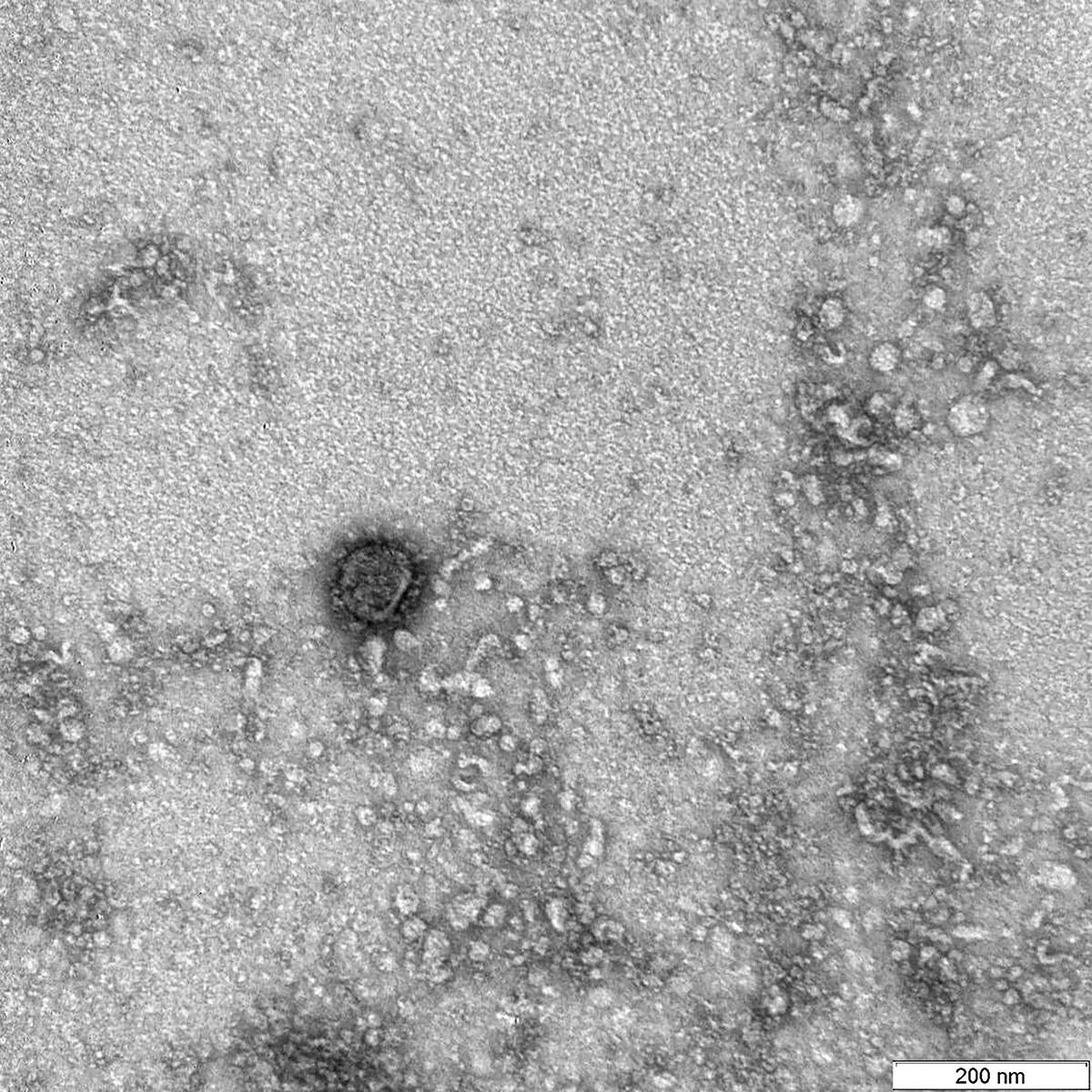 The virus image of a green ball with spikes has already become emblematic. But when in mid-March 2020 Russian scientists revealed the very first Covid-19 close-up photo, it was big news! Read more about it out here. 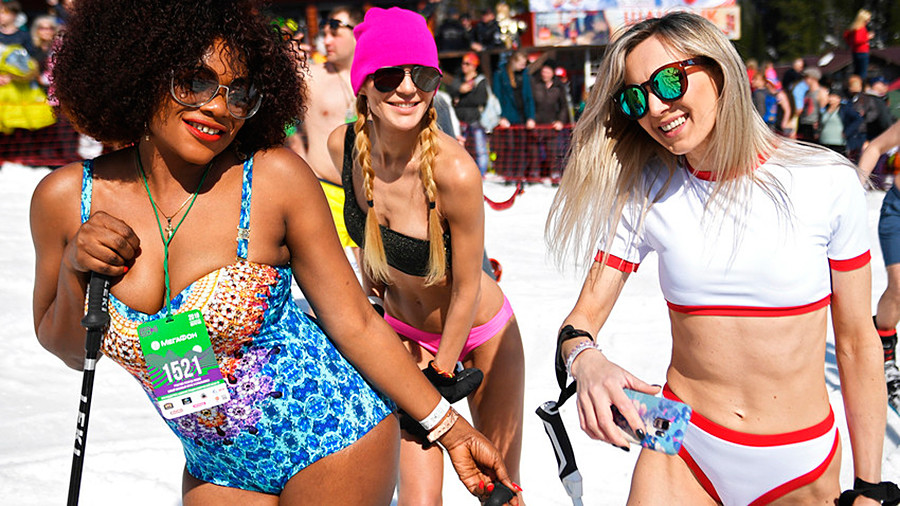 In January, before the outbreak paralyzed the world, we watched these photos showing all shades of Siberia and dreamed of traveling there. The borders between Russia and many other countries are still closed, but dreaming and planning your future travels is something that can’t be banned! 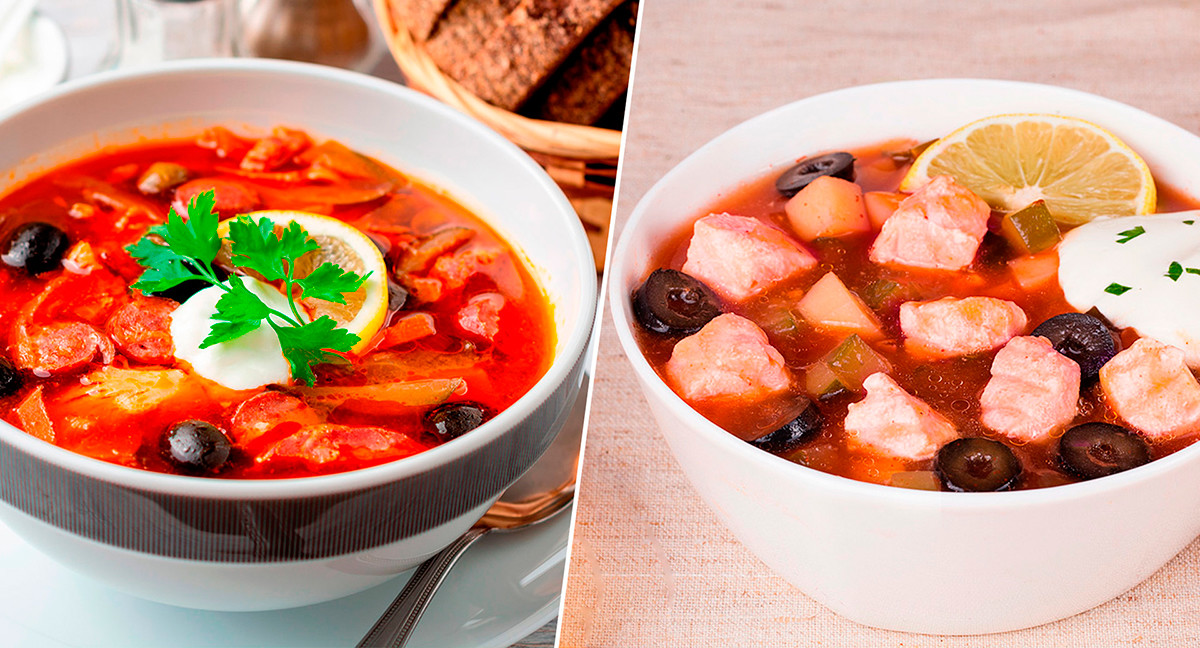 Veal Orloff and solyanka soup have obviously Russian names, but turns out they only pretend to be Russian. For a long time they were considered a local speciality in some European countries. Find out about more dishes here.

13. Putin unleashes lions all over Russia to force people to stay indoors. Except it didn’t happen 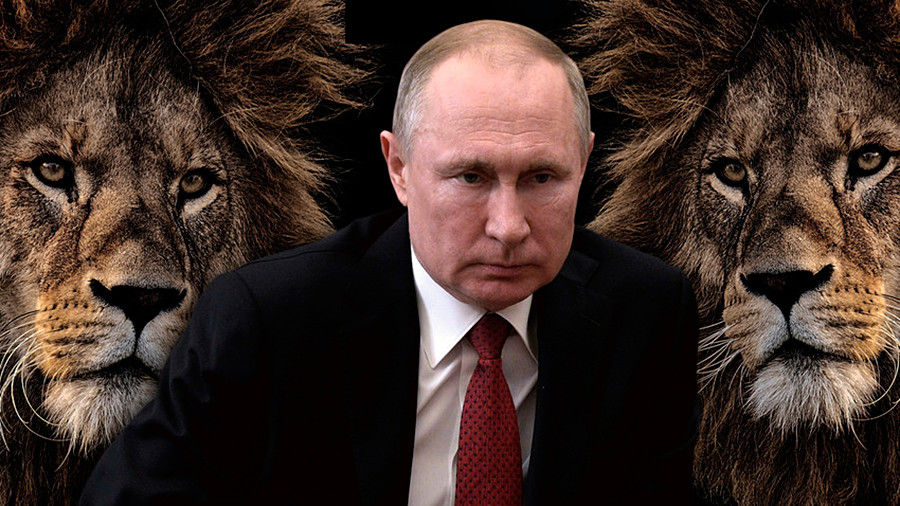 The fake message with a photo of an actual lion (not even taken in Russia, mind you) was reposted and liked thousands of times. “SAVAGE yet 100% effective!” people wrote in the comments. Read more about jokes and rumors behind this tweet here. 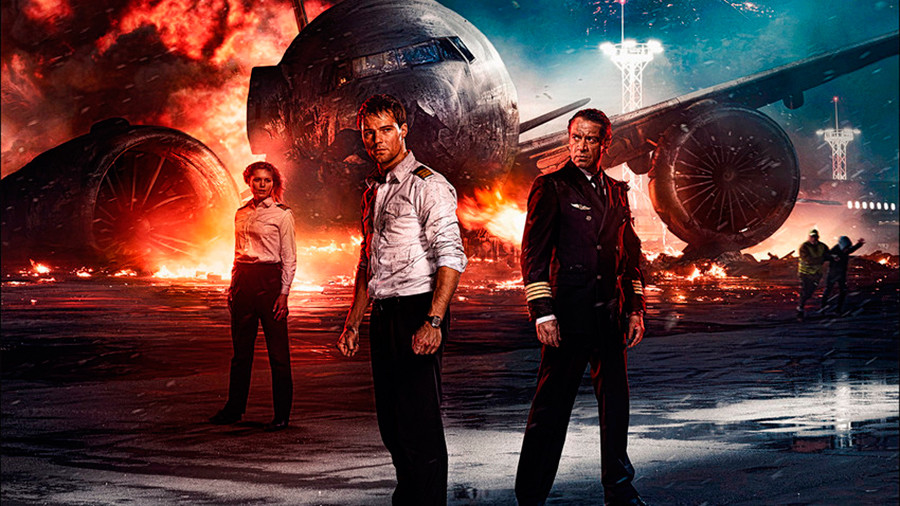 At the end of 2019, we put together the list of the most prominent local movies of the past decade. During the long lockdown period, watching movies was among the top activities for many of us. Here are some of the most exciting Russian movies that you can still watch during your Christmas holidays – or whenever you like.

11. China to treat coronavirus with a SOVIET drug that even Russia has doubts about 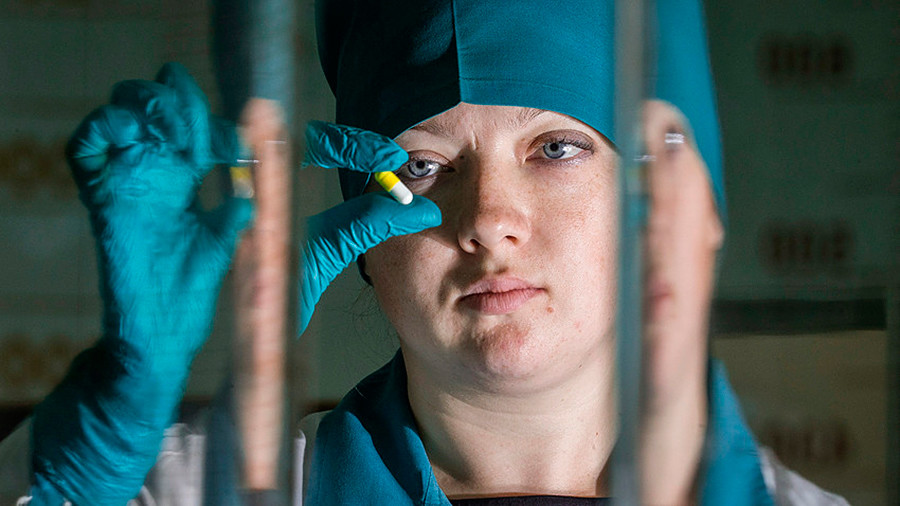 Back in February, everyone was reading any news on coronavirus in the hope humanity would find the solution to the pandemic soon. It turned out to be a marathon rather than a sprint. Here’s one such news item: China included a Soviet-made drug in the list of medication against COVID-19. Obviously, now we can say that it didn’t help much. But still might be an interesting read on the drug which was not recognized by the WHO and not registered by the U.S. FDA and yet it remains one of the most popular anti-flu drugs in Russia.

10. The Russian ‘bikini nurse’ without her mask on 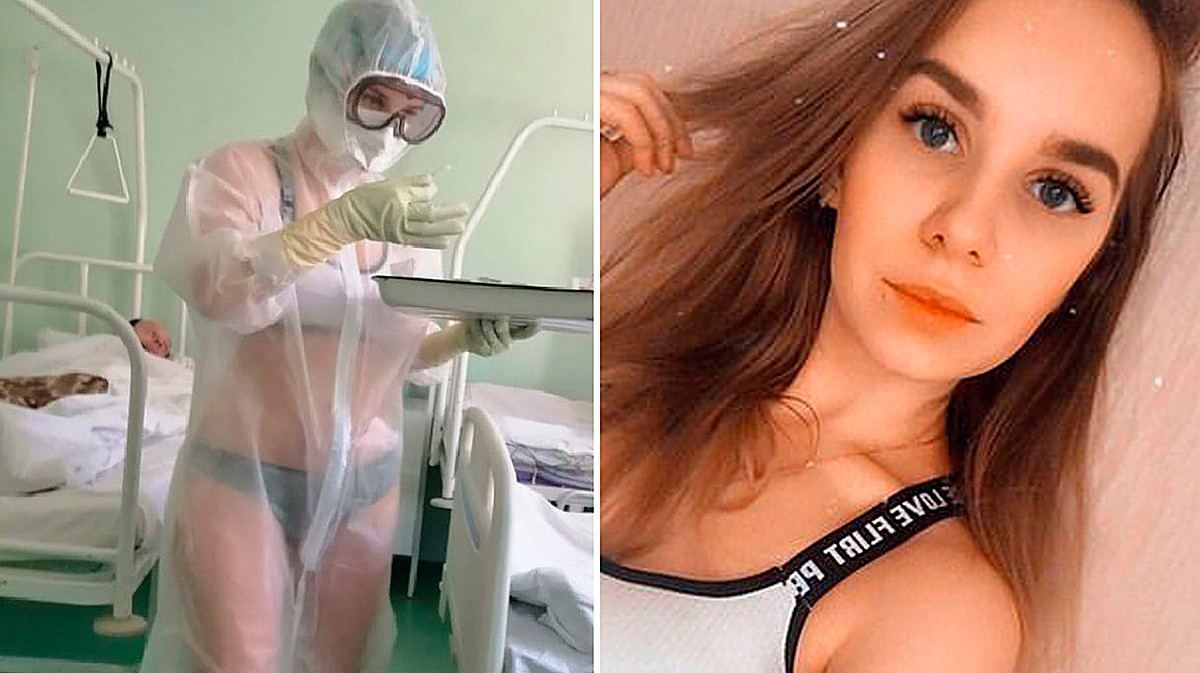 Medics are the true heroes of 2020 without a doubt. And this girl earned her internet fame with just one viral photo. While working in the red zone of one of the Russian hospitals she coped with extra heat of the protective suit by wearing nothing else than lingerie underneath it. Little did she know about how transparent the suit was... Check out this racy story here. 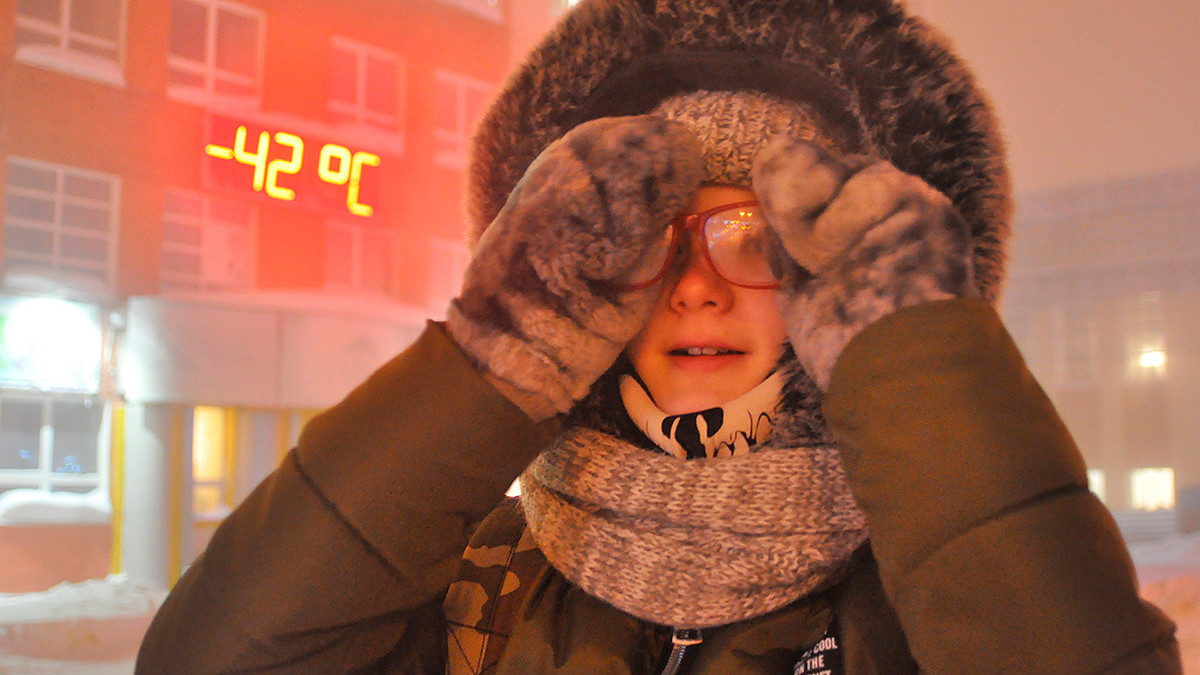 Frosted eyelashes, three pairs of thermal underwear and a pearly white smile. Russians living in the northern and Siberian cities face extremely low temperatures, but still have to go to work and take the kids to school. Even when it’s -50C outside for months it’s no excuse for skipping classes! Read more about how citizens of Norilsk, Yakutsk and other cities handle freezing temperatures.

8. 3 reasons Russian women are the most beautiful 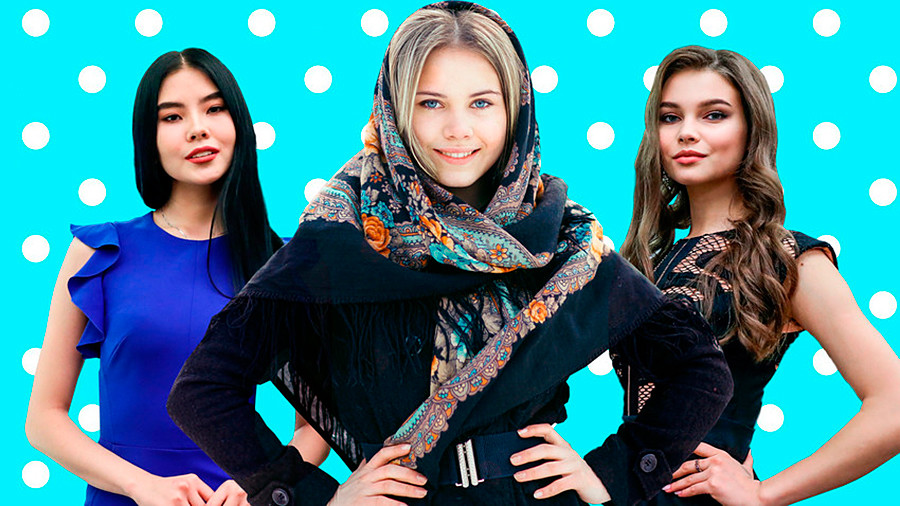 Have you ever thought what secrets are hidden behind Russian girls’ beauty? Ancient magic? Or maybe exceptional makeup skills? We actually found three reasons for this. 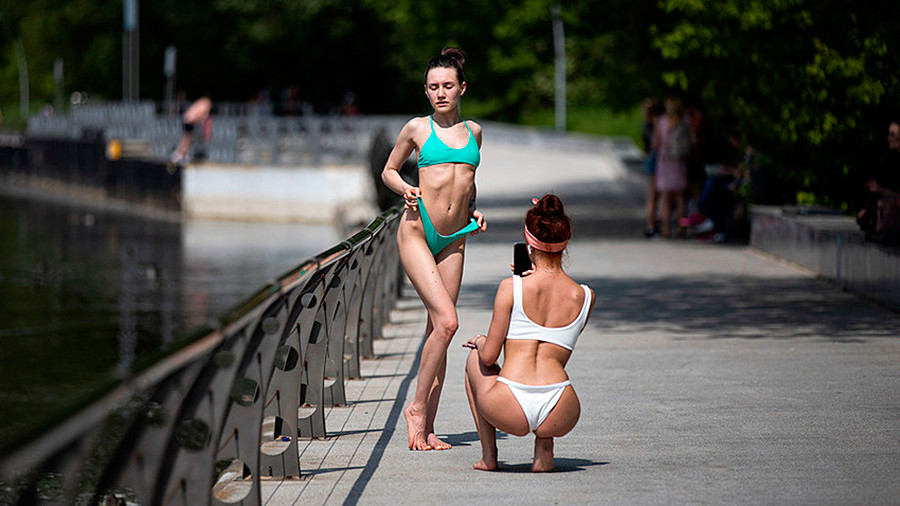 13 million of the capital’s inhabitants were cooped up indoors for three months. In June, the self-isolation regime was finally loosened and people flooded the streets and parks... Here’s how the city looked like on that long anticipated day.

6. Who is Borgov from the latest Netflix show ‘The Queen’s Gambit’? 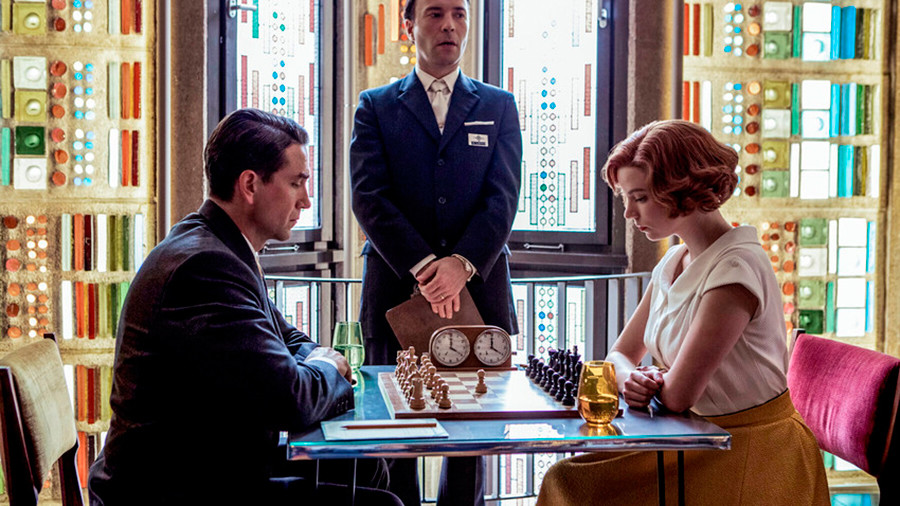 The story of The Queen’s Gambit is fictional, but the character of Soviet gross meister named Borgov has roots in real life. We found at least two real Soviet chess players who this character could be based on. Read about their stories here. 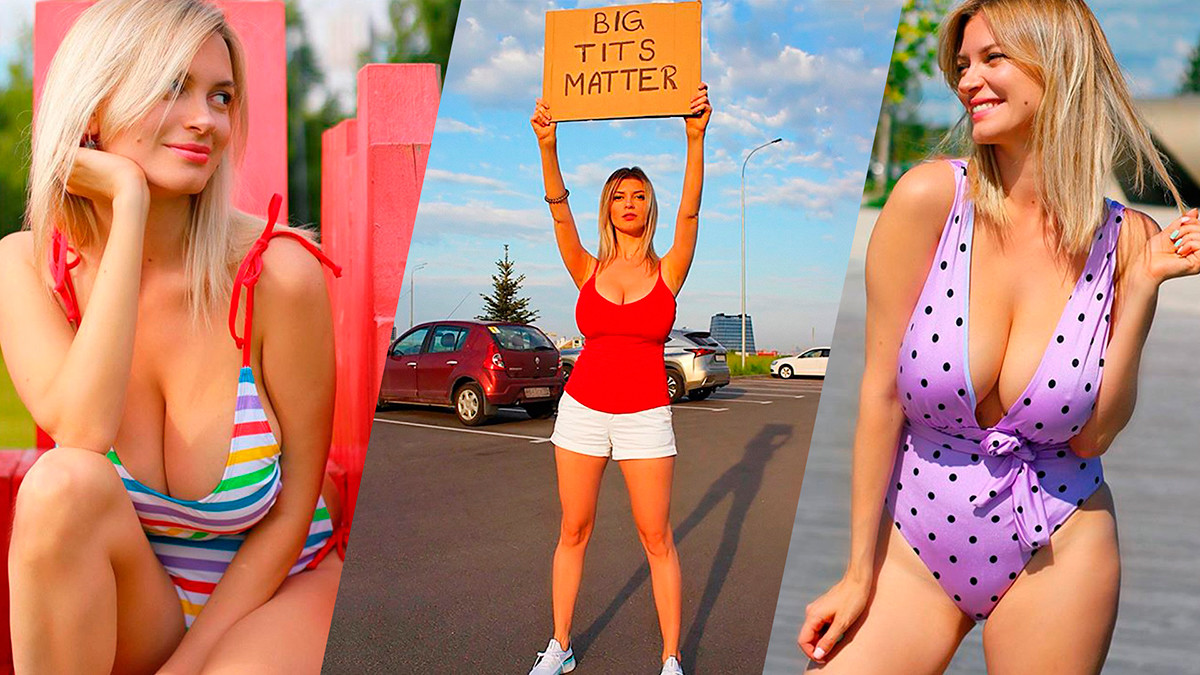 Antonina had no intention to draw parallels or ironize about the current events sweeping over the U.S. But as a genetically “gifted” woman (as she puts it herself) she has always attracted too much attention, which made her think she could protect the rights of such people who have clear physical features in a joking way. Read more about the voluptuous lady’s project that went viral here. 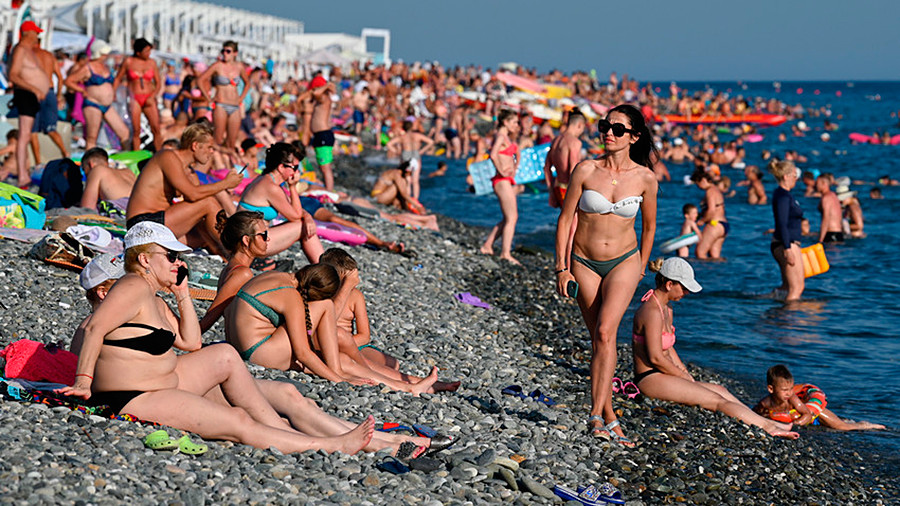 Vacation plans of many people around the world were ruined in 2020. And as Russians had few options to go for summer holidays abroad, they inevitably flocked to local southern seaside resorts. Last time the region enjoyed that many Russian tourists at the same time was probably back in Soviet times! Discover how Russians spent their summer holidays by the sea here. 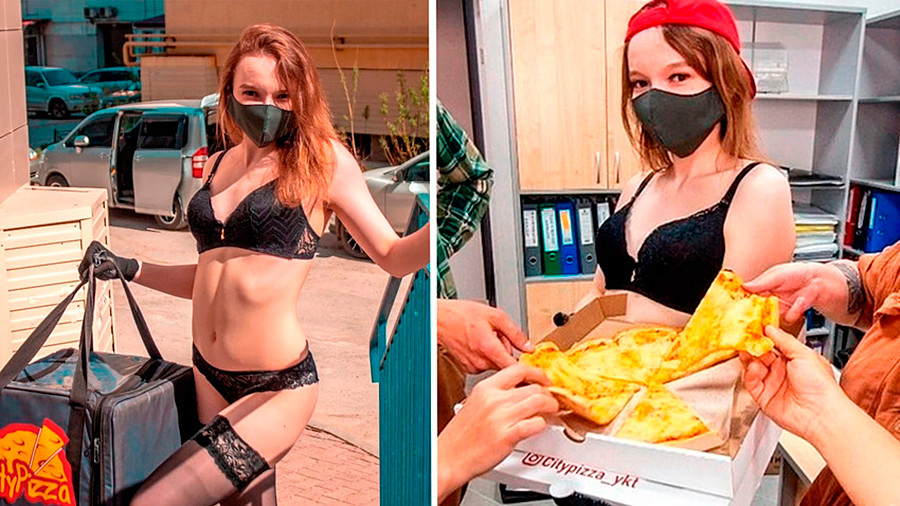 The COVID-19 pandemic forced many people to lose their jobs, businesses were closed. Stripclubs were no exception, so the girls of one such establishment changed their jobs to work in delivery - while not forgetting to put on their usual raunchy “uniform”. Check out the pictures here.

2. What happened to these priceless Romanov tiaras after the 1917 Revolution? 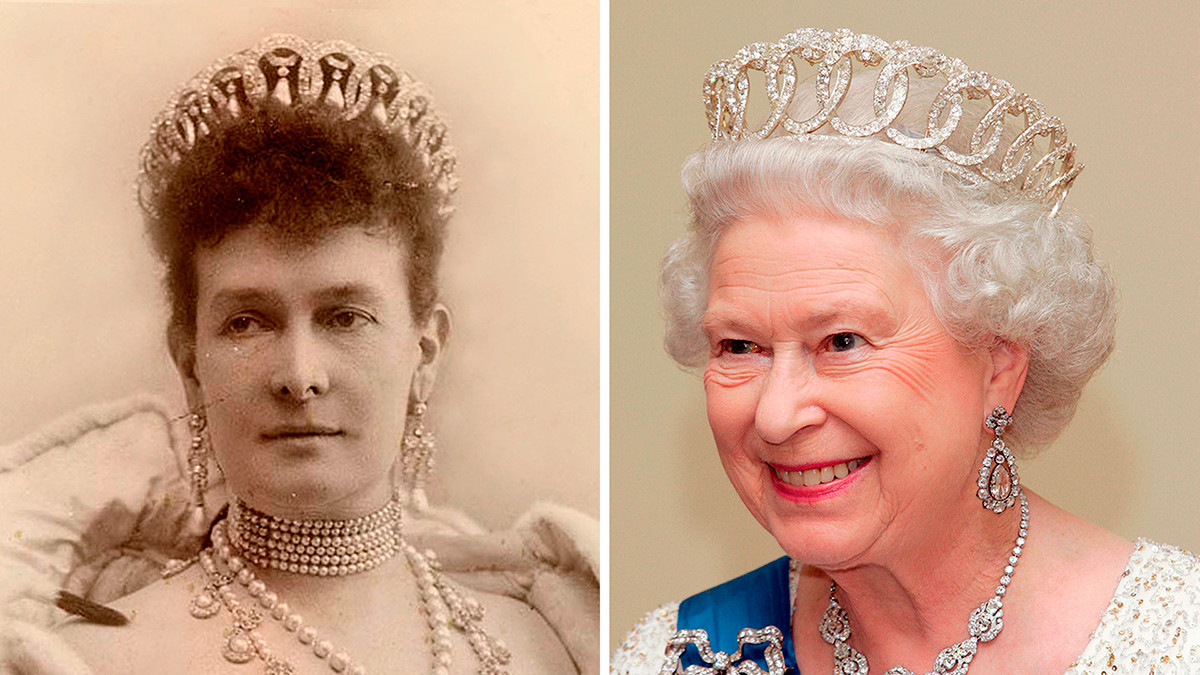 The Bolshevik uprising turned Russia upside down. The royal family members were executed or had to leave the country, while their property was stolen or sold for the revolutionary cause. But interestingly, some of the treasures survived to this day. Find out what happened to them here. 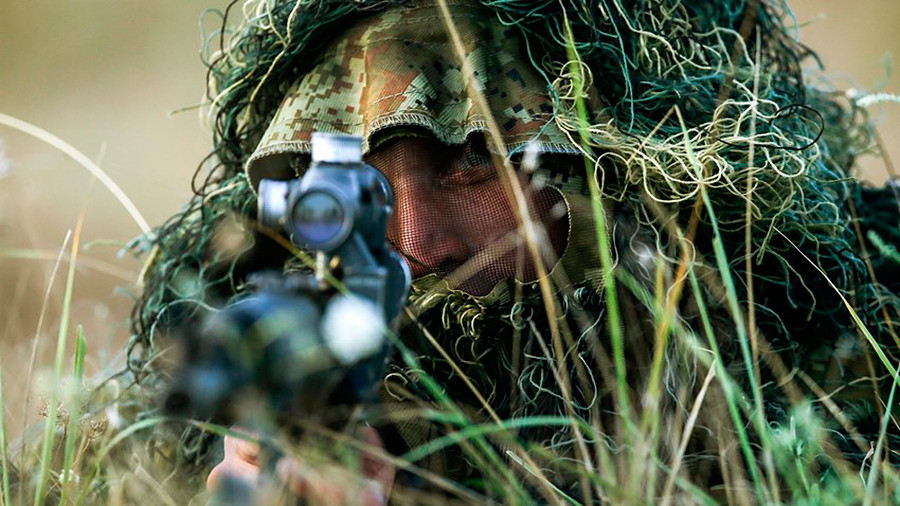 This brand new rifle is set to be the longest-range special forces weapon in the world firing hypersonic bullets. The current world record stays at 4.217 km, while this one is going to be able to hit targets at 6-7 km.