Russian Kitchen
Anna Sorokina
Despite their obviously Russian names, these dishes have become such a staple fixture on the menus of some European countries that they are now regarded as a local speciality. 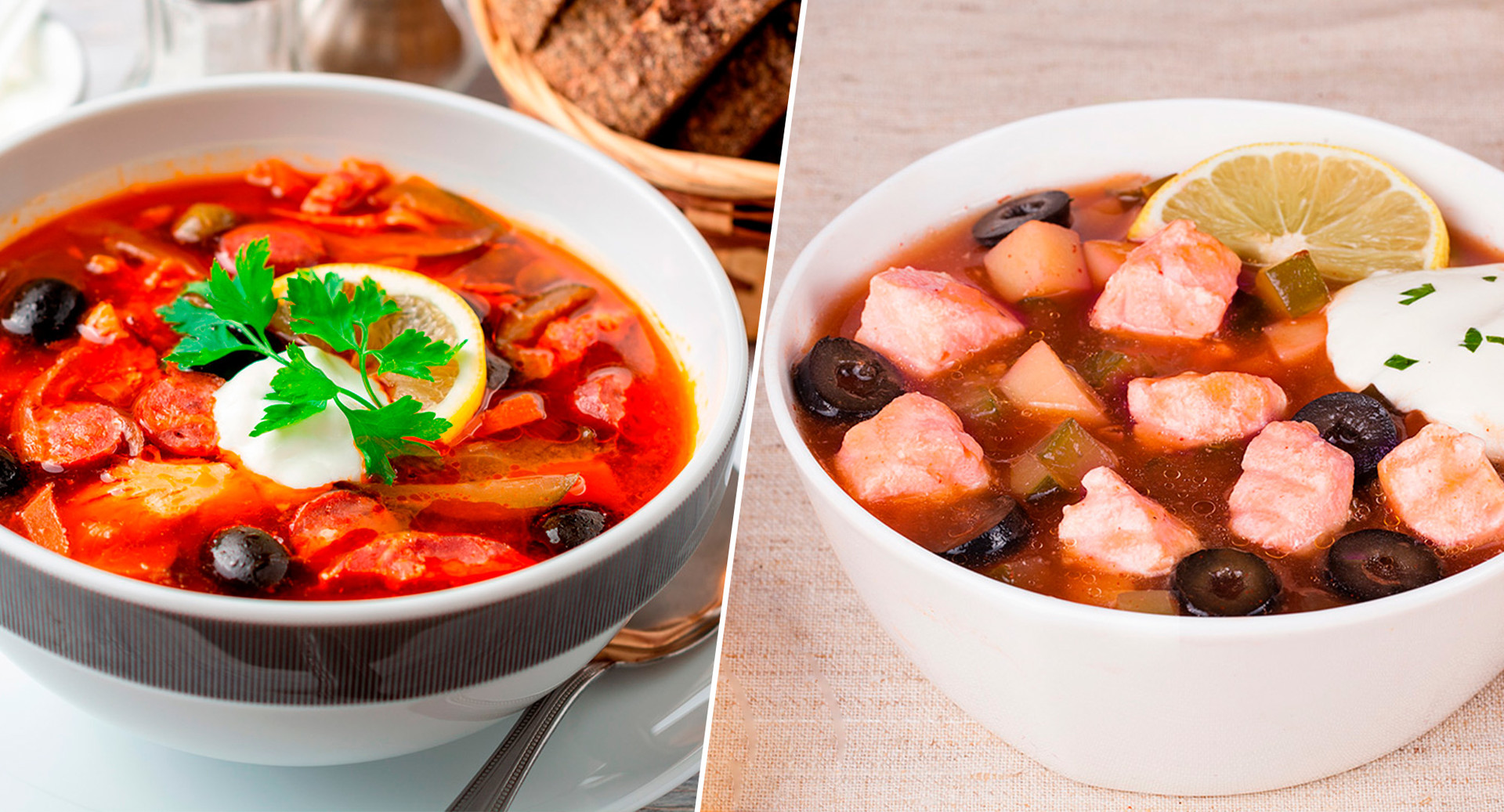 Did you know that a world record for making solyanka was set in Germany? In November 2019, in a restaurant on the Baltic coast, chef Andre Domke made 268 liters of solyanka with cod. But do Germans really know about solyanka? They not only know about it, they regard it as part of their cuisine!

The famous Russian soup is regarded as a culinary speciality in the eastern parts of Germany. It appeared on restaurant menus in the postwar years, when Germany was divided into the FRG (West Germany) and GDR (East Germany). So why did it catch on there? Most likely it was because traditional German cuisine includes many smoked ingredients, which made solyanka ideally blend in with the German culinary DNA. Even Angela Merkel once confessed that solyanka, lecso (vegetable stew) and shashlik (pieces of meat grilled on a skewer) are her favorite dishes.

Still, Russian solyanka does differ from the German variety. In Germany, mustard, capers, lecso from a can and lemon juice are often added to the soup. There is also a “Bavarian version” with beef kidney.

2. Russian bread - but it’s not a baguette or a loaf 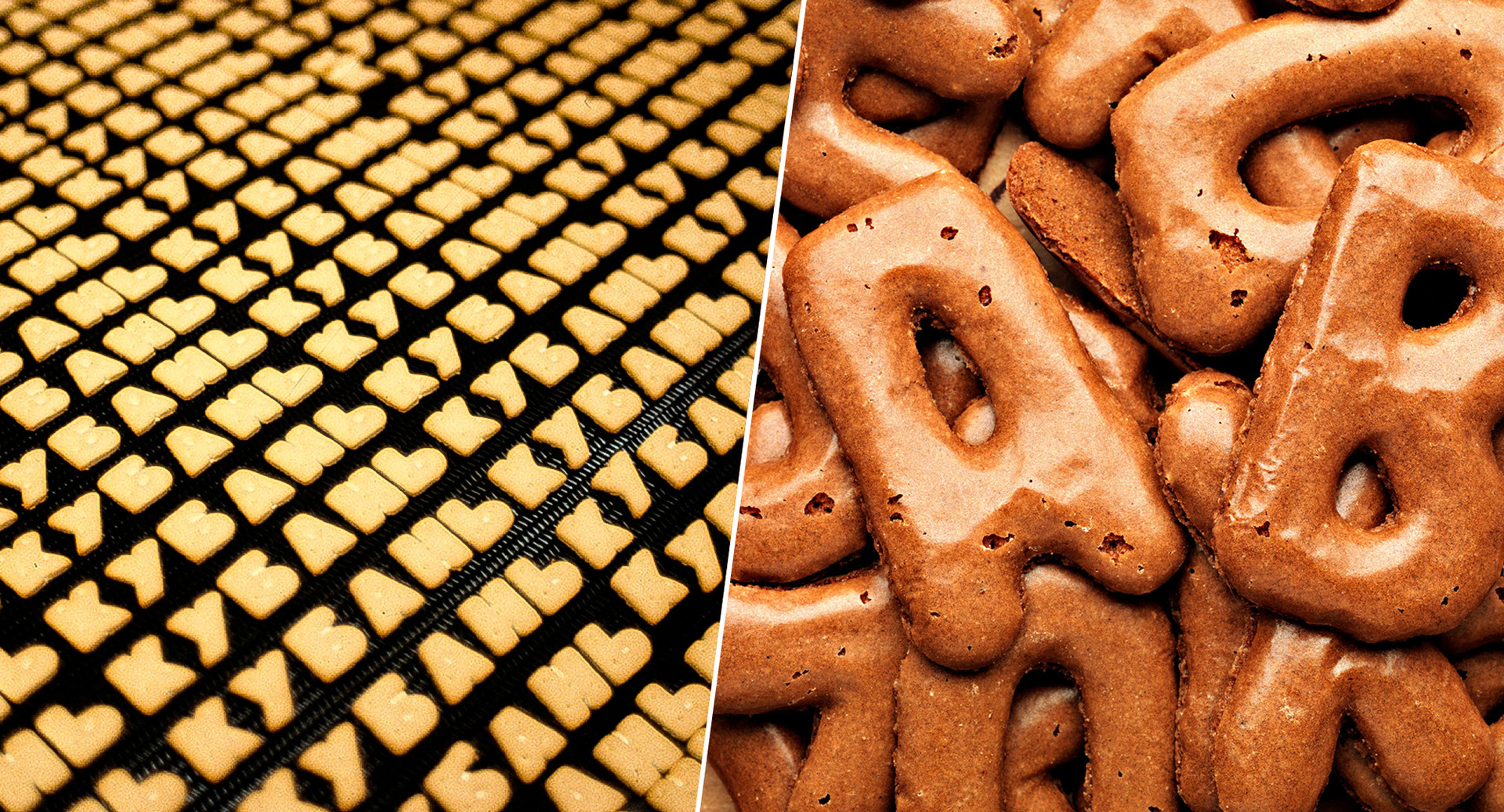 If you come across a packet of ‘Russisch Brot’ (“Russian bread”) in a German store, you’ll be very surprised to see what’s inside - Germans call traditional cookies shaped like letters ‘Russisch Brot’. Many Russians probably ate such “alphabet” cookies in their childhood. Confectioner Ferdinand Friedrich Wilhelm Hanke is believed to have brought these cookies to Germany back in the 19th century. He studied in St. Petersburg, where he saw cookies shaped like letters for the first time, and later opened a bakery in Dresden. Of course, German cookies are shaped in Latin letters. 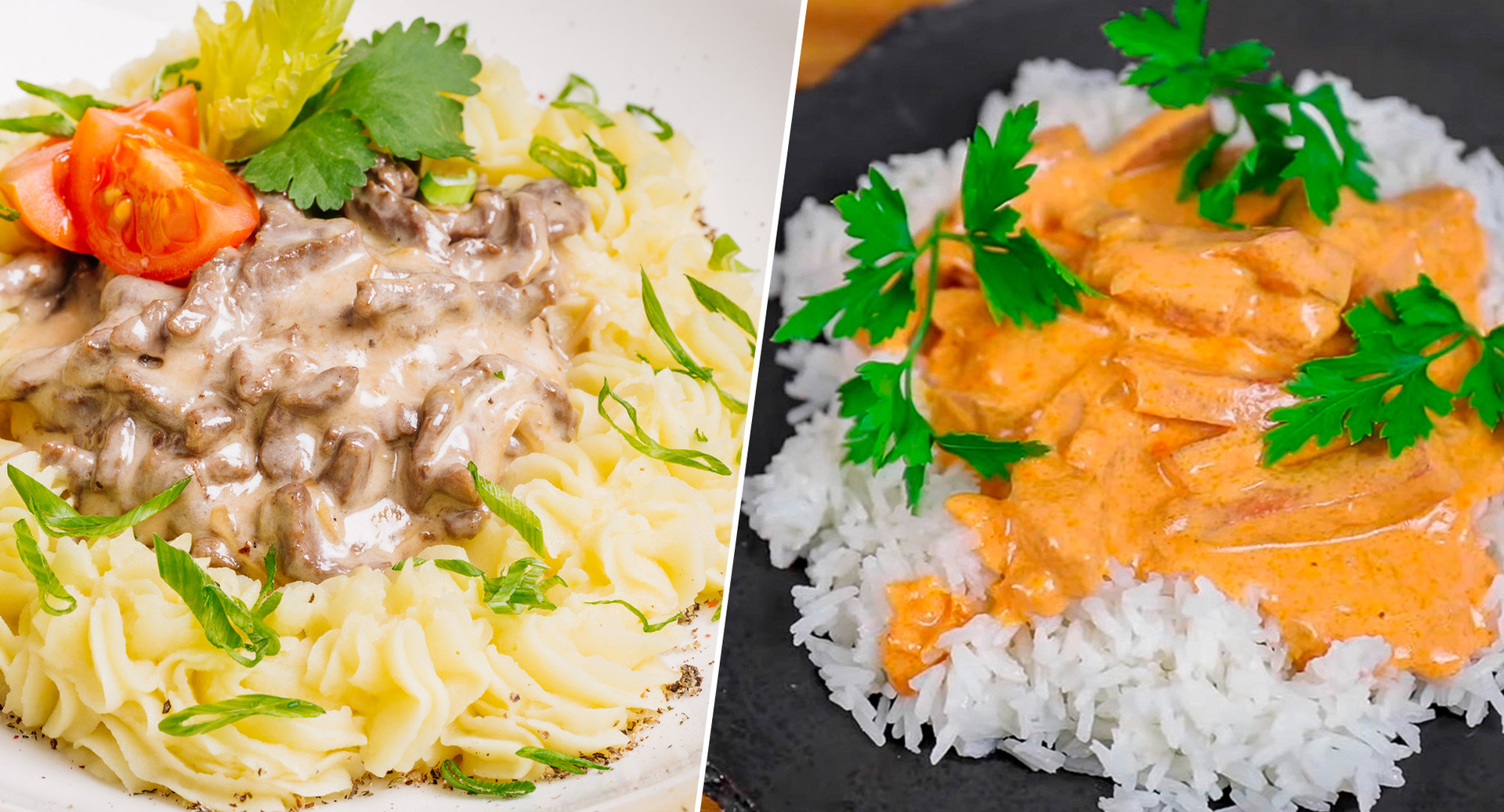 A slightly modified version of one of the world’s most popular Russian dishes has entered the national cuisine of Sweden under the name of ‘Korv Stroganoff’. Instead of beef, however, it contains Falukorv pork sausages, as well as tomato paste, cream, onions and mustard. If, in Russia, beef stroganoff is served with buckwheat or mashed potatoes, in Sweden they usually have it with rice or pasta. 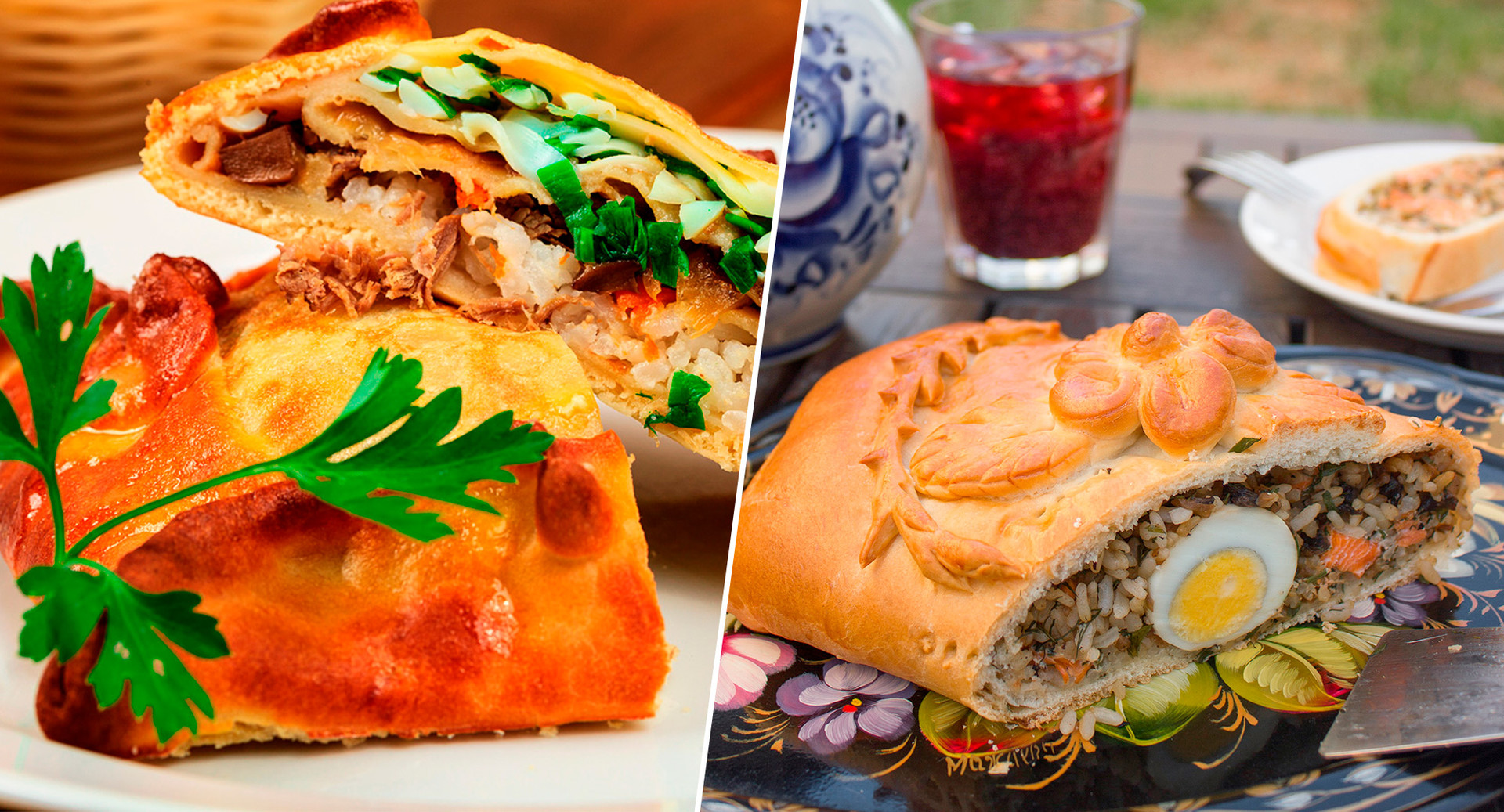 This Russian festive pie is called a ‘coulibiac’ in French cuisine. The dish appeared there thanks to chef Auguste Escoffier, who worked as a chef in Nice in the 1870s (Escoffier brought the “Russian serving order” during meals - i.e. when dishes are brought in one after another - as well as the notion of “haute cuisine” to France). Once, he was entertaining Russian sailors who were very nostalgic for home, and made a kulebyaka for them. The dish wasn’t only appreciated by the Russian guests, and the recipe later spread widely around the country. Even Julia Child described salmon kulebyaka as a French dish in her cookery book for the American public.

In Russia, kulebyaka usually has several types of filling, separated by thin pancakes. In France, this method is not very popular - there, the pie is usually made with salmon (Coulibiac de saumon). Rice, boiled eggs and herbs are added to the fish, and all the ingredients are wrapped in a roll like a Wellington. 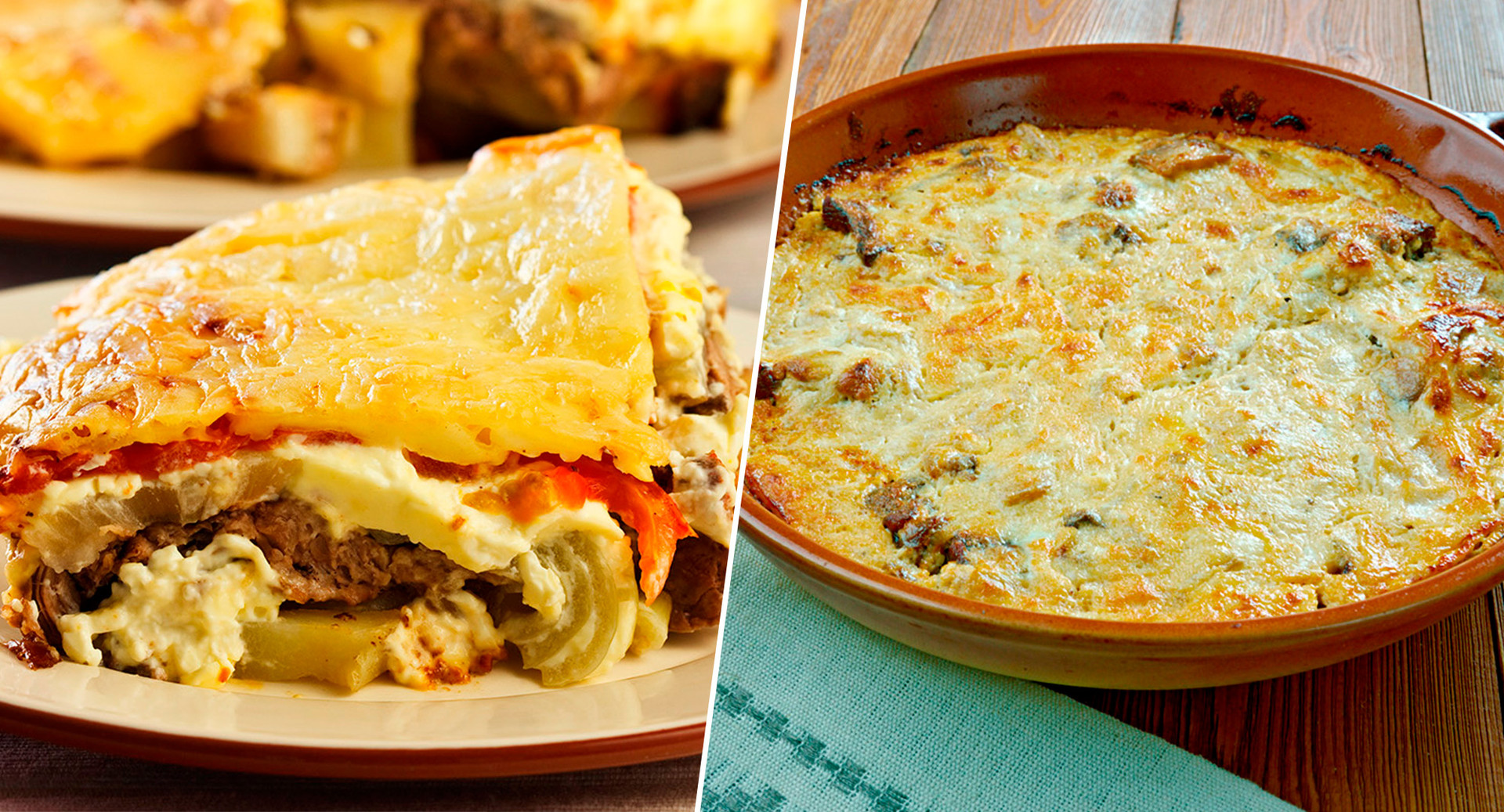 This dish is known in Russia as ‘French-style meat’ and in France as ‘Veau Orloff’ (“Veal Orloff”). It was created in the middle of the 19th century by Count Alexei Orlov’s French chef Urbain Dubois. The recipe, which consists of veal topped with a layer of potatoes, mushrooms and cheese, and baked in Béchamel sauce, has spread around the world. And in Russia, a simplified version of the dish has caught on - it consists of pork, onions, tomatoes, cheese - and mayonnaise, of course.