Why are Russians obsessed with mayonnaise?

Russian Kitchen
Anna Sorokina
Archive photo, Russia Beyond
Mayonnaise has traveled a long way from being an elegant French dressing to becoming a symbol of Russian cuisine. It has enjoyed a long run as Russia’s most beloved condiment, and there are no signs it will be knocked off its throne anytime soon.

If you visit a Russian friend’s home for a holiday meal or party, don't be surprised when you’re met with an abundance of fatty dishes. Most likely, there will be several types of salad (always including potatoes and beans) and oven-baked pork with cheese, not to mention some fried pirozhki (small pastries) with cabbage. And all these dishes will contain a lot – really a lot, we’re not exaggerating here – of mayonnaise. What about ketchup, you might ask? Or a nice cheese sauce? Nope. No, other sauce is held in such esteem among Russians as mayonnaise. So what’s its secret? 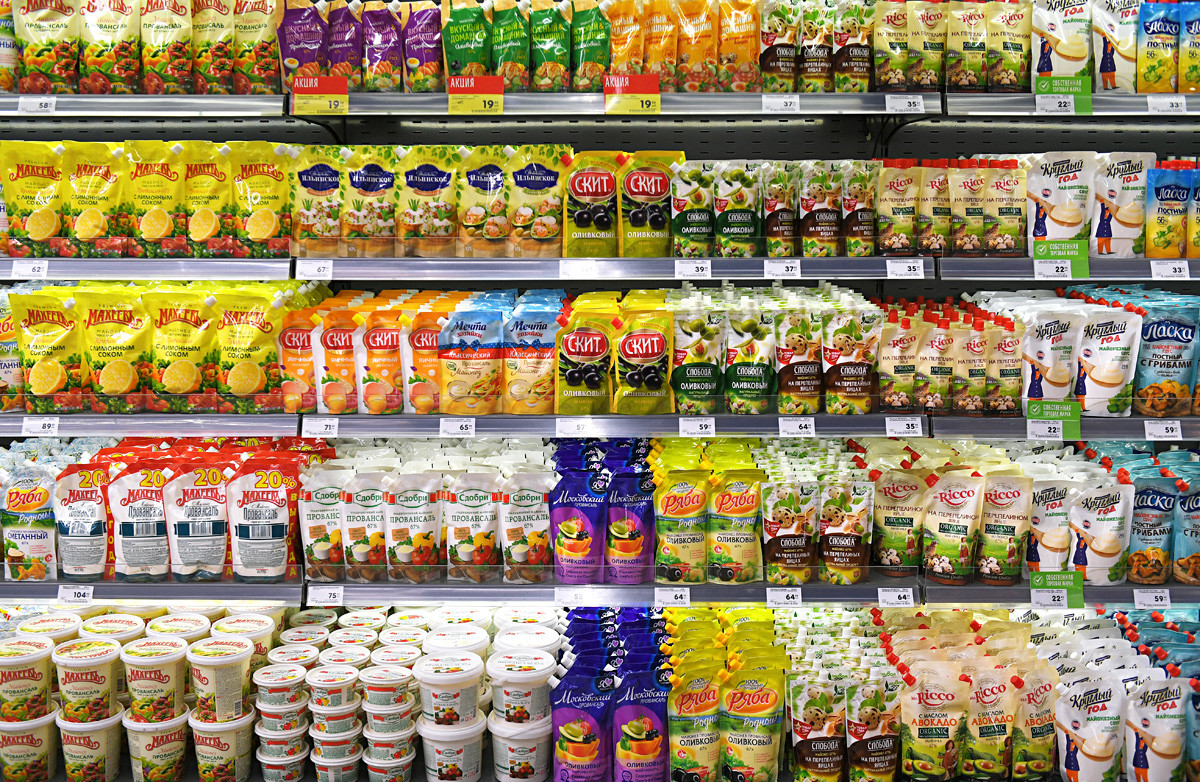 Carousel hypermarket in the Moscow Region.

While sour cream is the main sauce of traditional countryside cooking in Russia, mayonnaise is the real legend in Soviet cuisine. And it is not just a salad dressing – it is also the most important ingredient in main courses, baked foods even desserts. 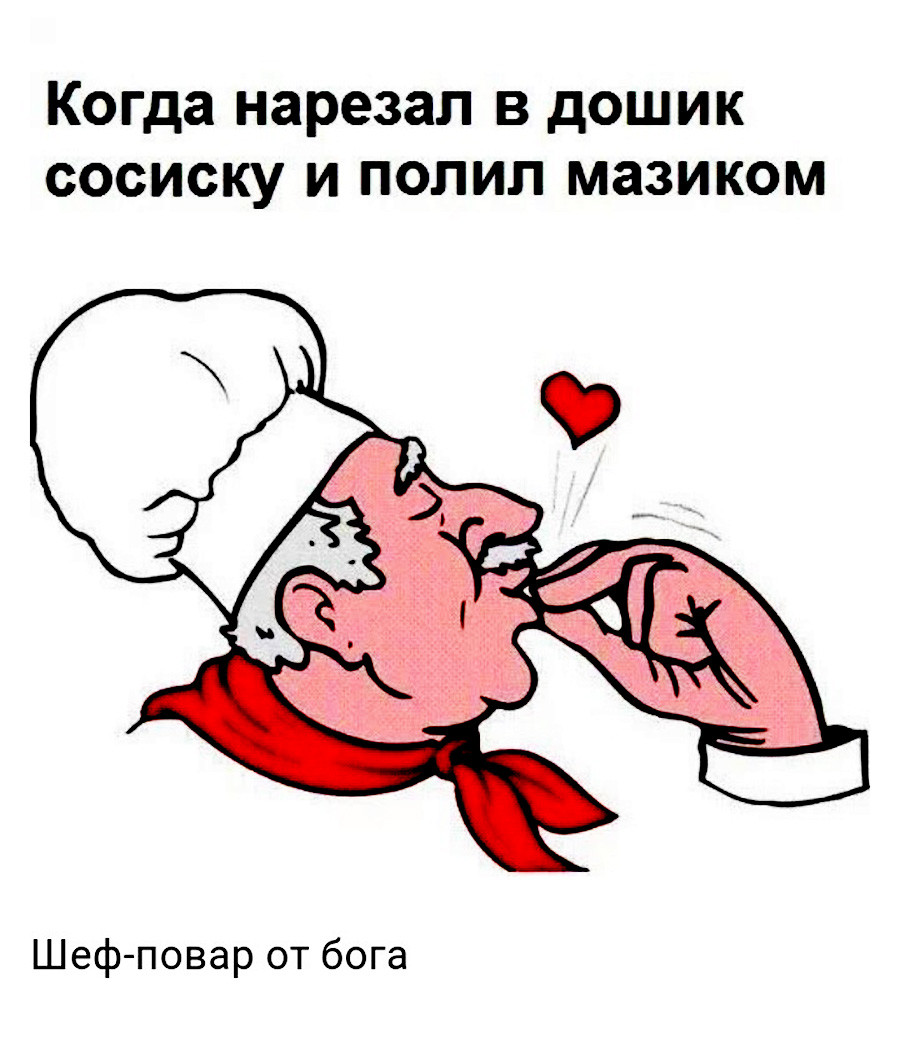 "When you slice some sausage into instant noodles and dress with mayo. Cooking level: God." 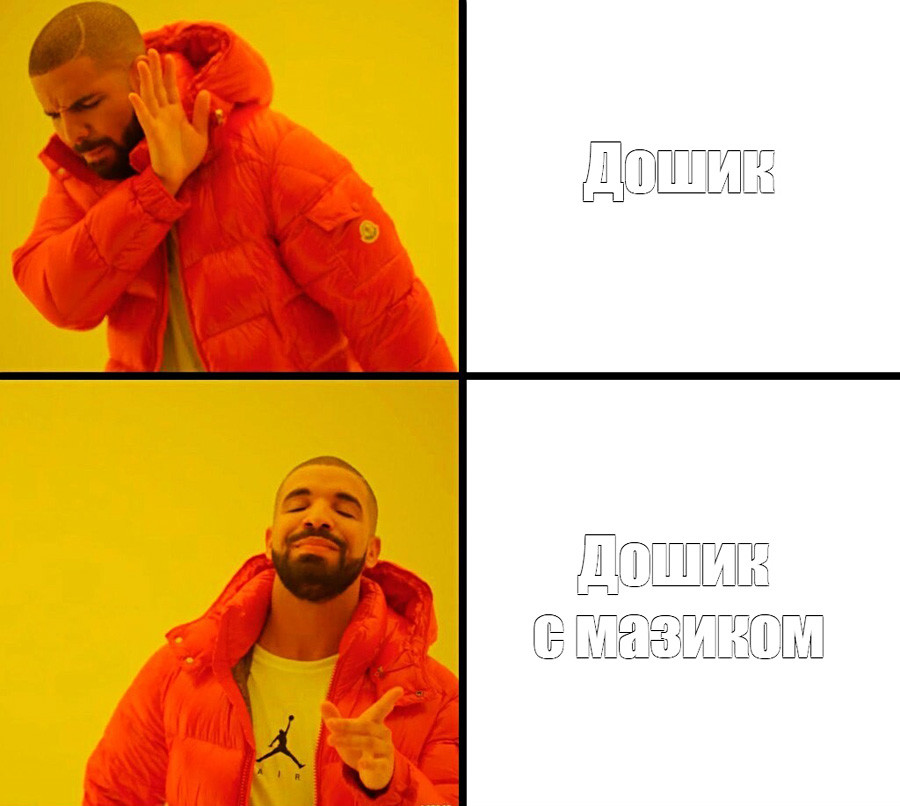 the run-up to the New Year, the most popular national tabloid, Komsomolskaya Pravda, even included a sample sachet of mayonnaise with every issue. And you thought you knew everything there was to know about free samples? 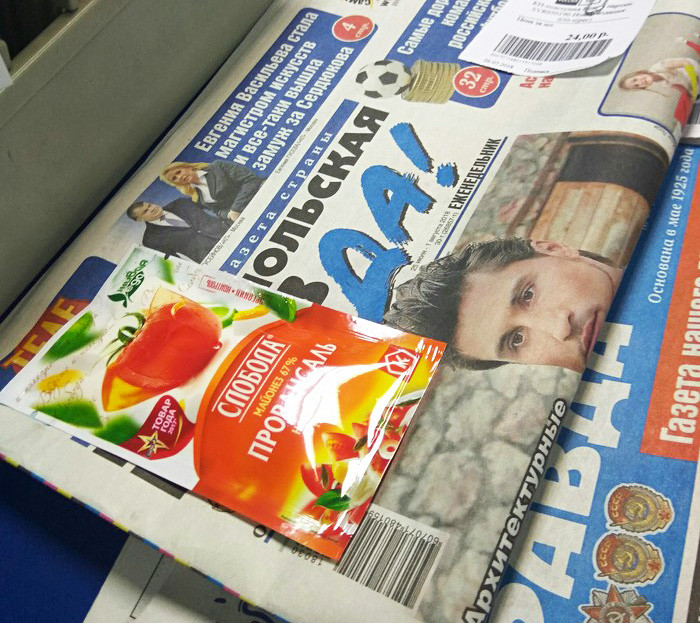 Is mayonnaise good for you?

Nowadays, many nutritionists consider mayonnaise a rather unhealthy food, but in the it was regarded as exactly the opposite. In the early Soviet years, the country experienced a shortage of nutritious food. Then, in 1936, Anastas Mikoyan, the People's Commissar for the Food Industry, visited several plants in the United States to learn about American mass food production. He bought back the equipment for producing what are now many of the favorite food products in Russia, including "Doctor's sausage", canned foods, fruit juices, ice cream and, of course, mayonnaise, the king of the table.

As a matter of fact, mayonnaise is a long-established French sauce that goes back to the mid 18th century. it spread throughout Europe and then, along with European settlers, it conquered America, where it began to be mass-produced. Mayonnaise has a very simple recipe: egg yolk, vinegar and olive oil, with salt and mustard to taste 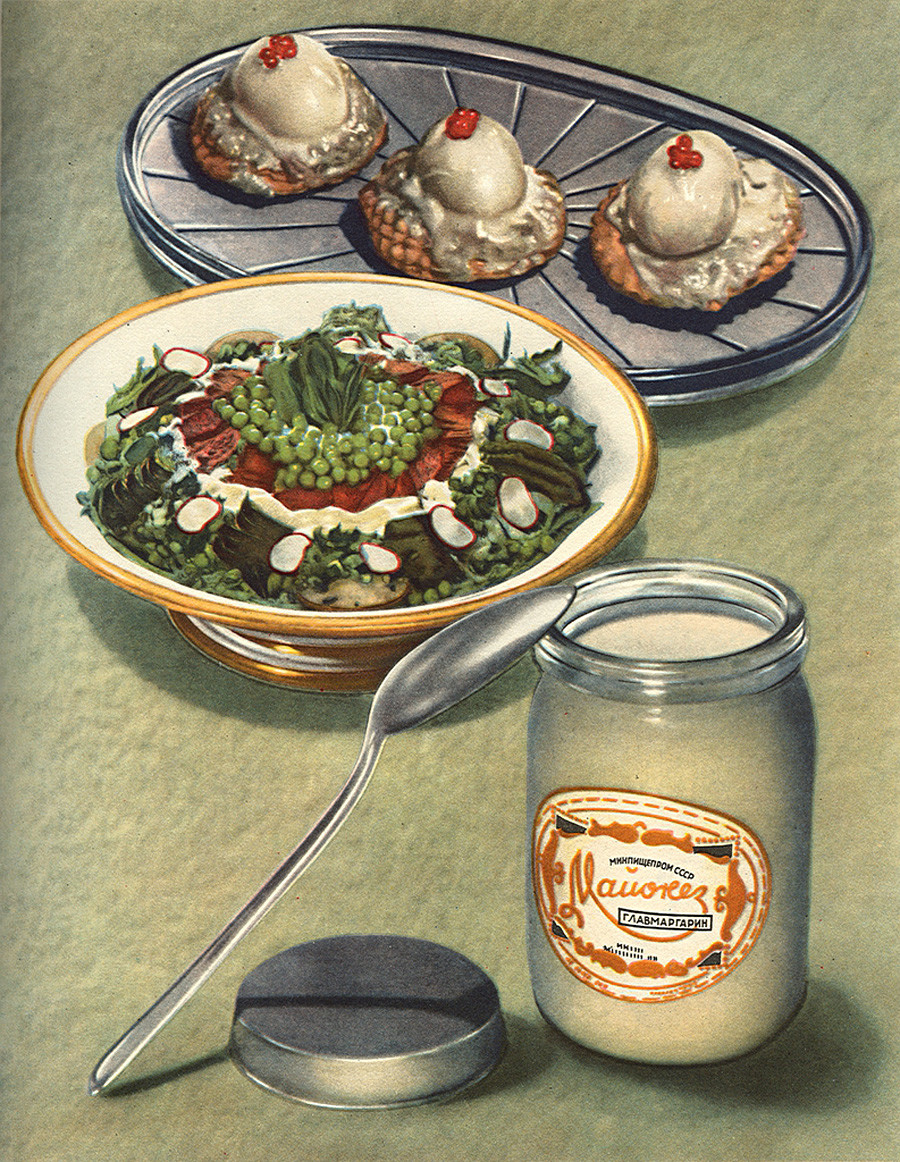 the Soviet Union, only the Provansal (Provençal) variety of mayonnaise was made, with a fat content of 67 percent. Granted, egg was used instead of egg yolk and sugar was added so that the sauce had a longer shelf life. On the other hand, it was free of coloring, stabilizers and other chemicals.

And while, yes, mayonnaise probably would not have been suitable for anyone on a diet, it was perfect for factory workers because it was fatty, tasty and filling. And so many dishes could be made with it! 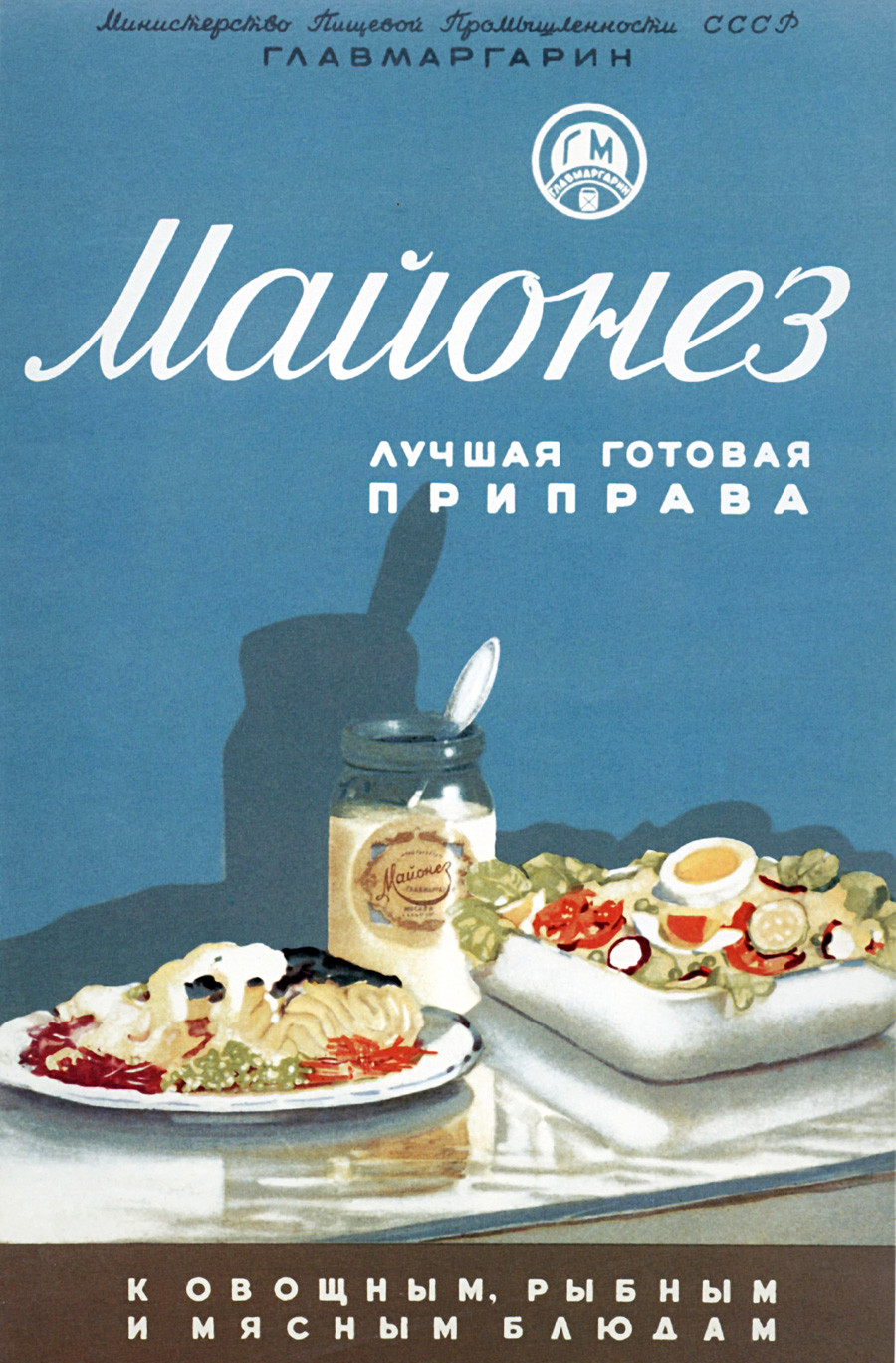 When the first edition of the Book of Tasty and Healthy Food was published in 1939 (also written under Mikoyan's personal supervision), mayonnaise was already described as an ideal condiment for everything under the sun. Subsequently, the book was reprinted numerous times in large print runs, reaching just about every Soviet household.

In addition to mayonnaise, Mikoyan also brought ketchup from America. There is evidence to this effect in the first edition of the Book of Tasty and Healthy Food, which also notes that every American housewife had the sauce in her kitchen. 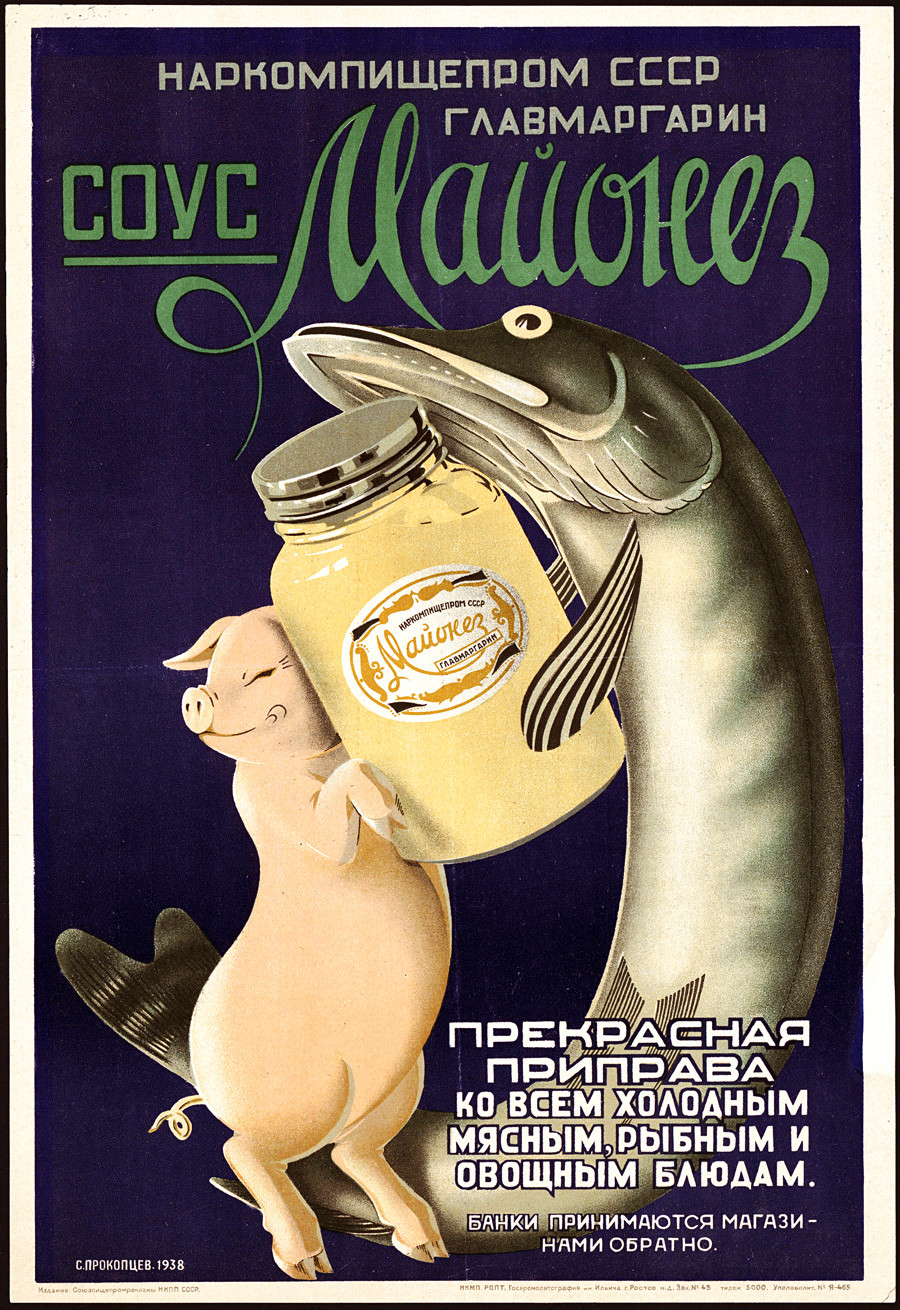 During the Cold War, as relations with the U.S. went downhill, Soviet food products stopped flaunting their "American roots." All references to links with the U.S. disappeared from the main cookbook, and people had to forget about ketchup altogether until the 1980s when the USSR started importing it from Bulgaria. Meanwhile, the foreign origins of mayonnaise were suppressed, allowing its status in Soviet cuisine to remain unchanged. Perhaps this is why it remains much more popular than ketchup or any other foreign condiments to this day.

Everything tastes better with mayonnaise

When we speak of Russian cuisine, we are often actually speaking about Soviet cuisine. Before the revolution, Russia lacked a single coherent national cuisine. Different regions ate differently, but, as a rule, standard fare consisted of cooked grains and soups made with whatever grew on people’s vegetable plots, along with pheasants and the like served at high-society gatherings. Soviet cuisine gave regional cuisines a common denominator, and the whole country began eating identical dishes prepared with more or less the same ingredients following recipes drawn from a single cookbook. This is why many of Russians’ favorite dishes are Soviet foods they remember from childhood.

And mayonnaise was the foundation of the three pillars of Soviet cuisine: Oliviersalad, Mimosa salad and “herring under a fur coat.” Without it, it is difficult to imagine “French-style meat” (a dish of pork with cheese and mayonnaise that is actually unknown to the French, shortbread cookies or, for that matter, pelmeni.

In the Soviet years, people had to conjure up a first, second and third course (as well as a fruit drink) out of readily available and simple ingredients like potatoes and tinned fish. Mayonnaise was a perfect aid in achieving this objective: It makes dough lighter, meat more tender and salads zippier. It’s no wonder then that hunting down mayonnaise was a real challenge, particularly in years when there were food shortages (1970s-1990s). “Don’t touch! It’s for New Year!”  When this cry rang out, you knew it was about mayonnaise. 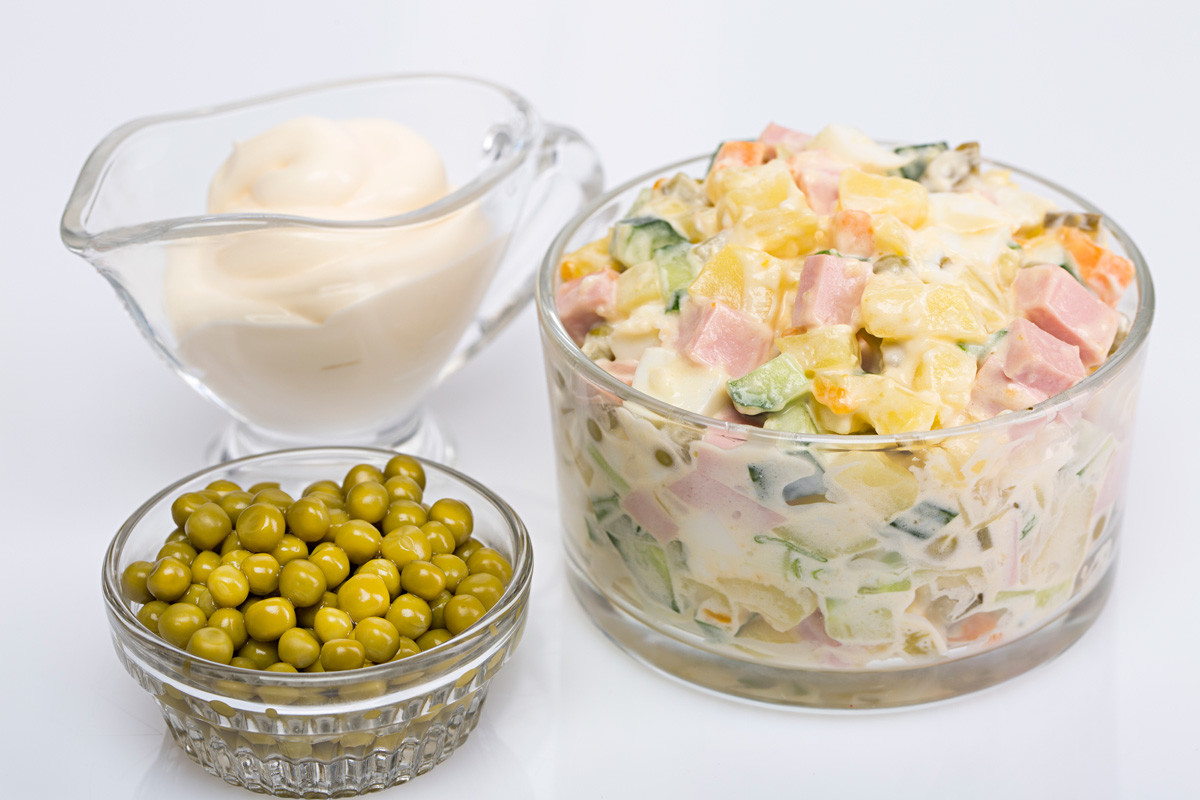 After the collapse of the USSR, a wave of new foreign products, including dozens of new types of table sauces and condiments, swept over the Russian market. But wins out over nostalgia in the end? Many Russians buy mayonnaise for old time’s sake and to be reminded of the taste of salad JUST the way their mom used to make it. It is said that if you don’t make Olivier salad, the New Year won’t come. And no Russian yet has dared find out if it’s true.