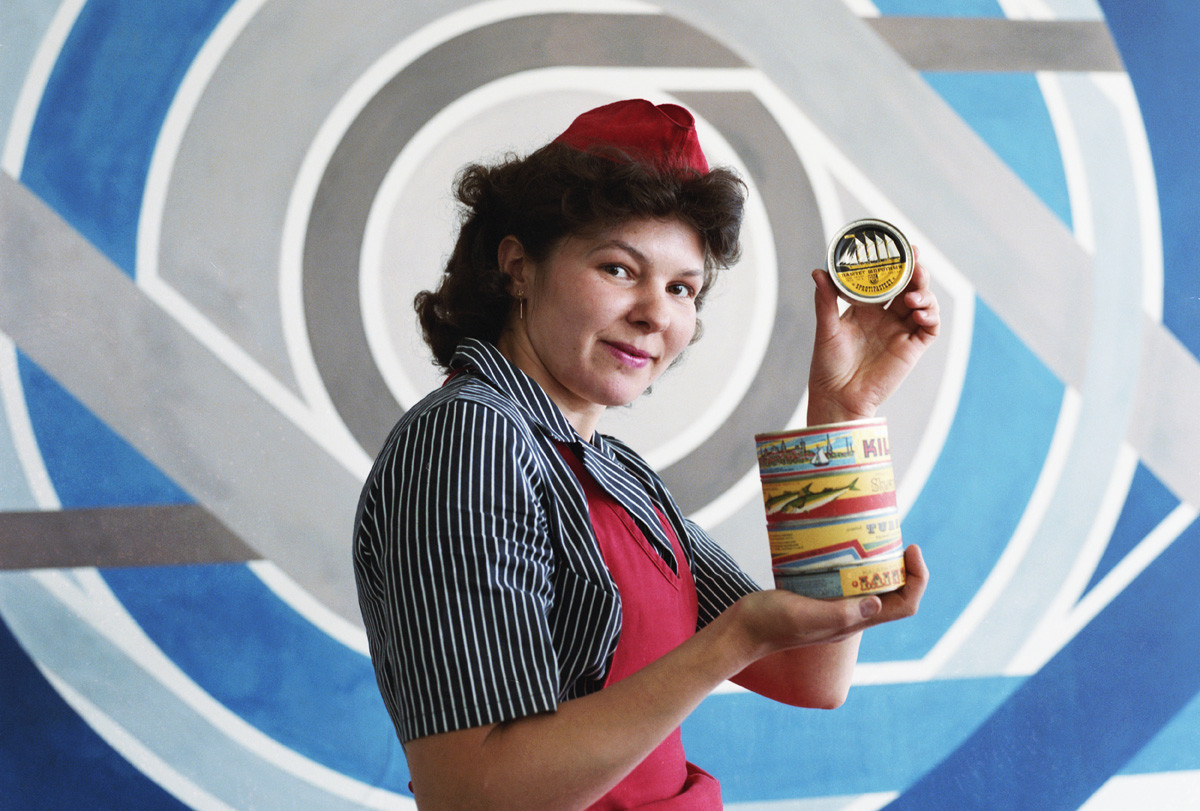 Yuri Vendelin, Viktor Rudko/TASS
Did you know that washing down hamburgers with soda first appeared in the USSR? In the U.S. this habit began several years later when the first McDonald's opened!

In 1936, Anastas Mikoyan, the People'sFood Industry Commissar, went to the U.S. to learn about the American experience of mass food production. As Mikoyan wrote in his memoirs, after the fall of the Tsarist government the new socialist country had small-scale cottage industries instead of national food production. Meanwhile, the U.S. had already established mass production of food products and quality standards were universally observed.

The People's Commissar spent two months overseas and brought back equipment for Soviet factories: refrigeration units, machinery for mechanized bread-baking, machines for milking cows and other interesting techniques. Apart from the equipment, Mikoyan returned with new foods and culinary methods, many of which were subsequently described in the country's main cookbook, the Book of Tasty and Healthy Food, published under his guidance three years later. 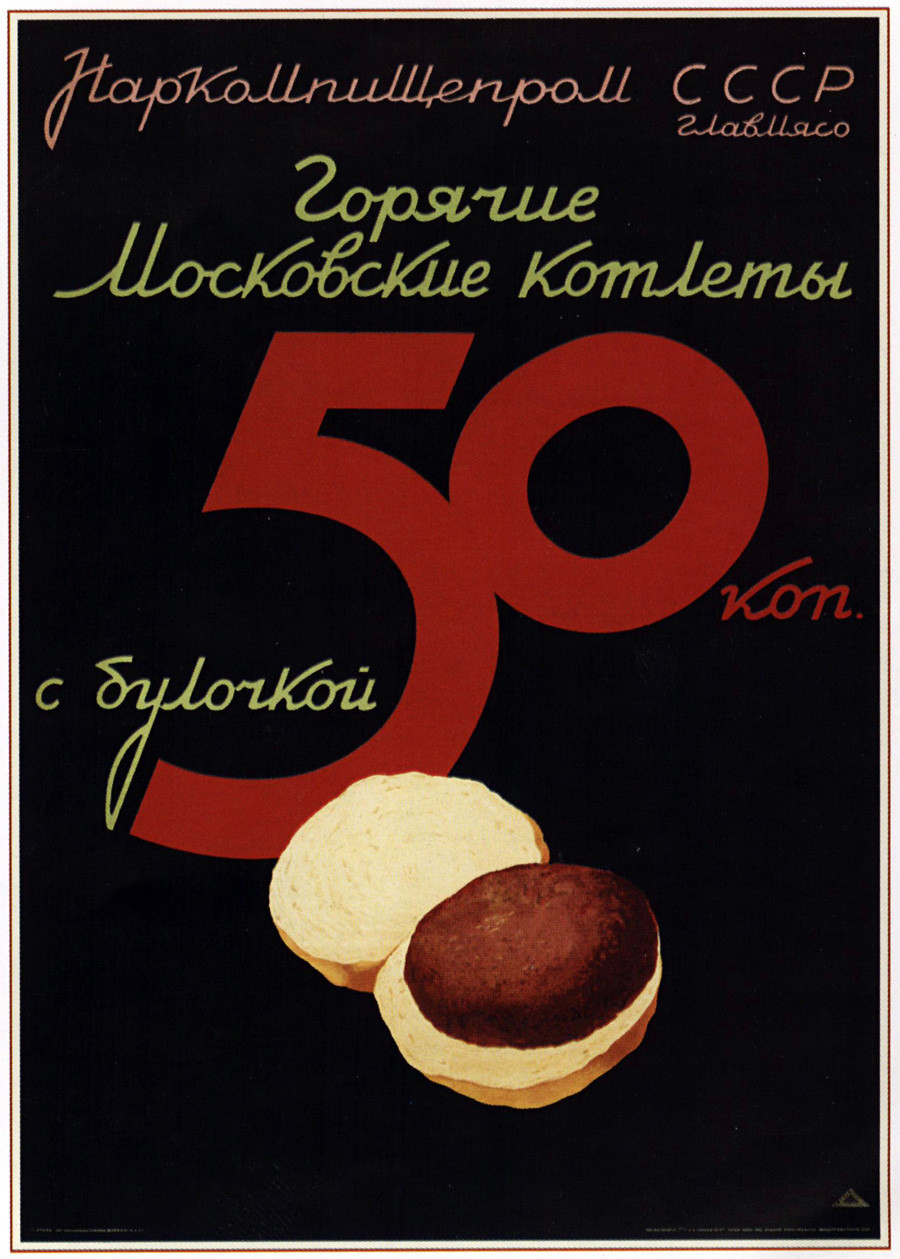 Hamburgers on a bun were very much to the People Commissar'sliking, and the notion of washing down burgers with sweet soda water first originated in the USSR. Mikoyan purchased 25 machines for making burgers, after which kiosks selling fast food and burgers inside a "city" bun for 50 kopeks appeared on the streets of Moscow, Leningrad, Kiev Kharkov. The technology for making the buns was also brought from the United States.

No funds remained to buy and import Coca-Cola concentrate, so the hamburgers (or “khamburgery,” as they were called in the Soviet Union) were sold with fruit drinks. In the U.S. this custom only started in 1940 when the first McDonald's restaurant opened! However, during the War street food was the last thing on anyone's mind, and hamburger production stopped, and everything American went out of favor. Burgers reappeared only in the late Soviet period. Still, burger production didn't disappear entirely: frozen, ready-to-cook patties were sold everywhere in the country. 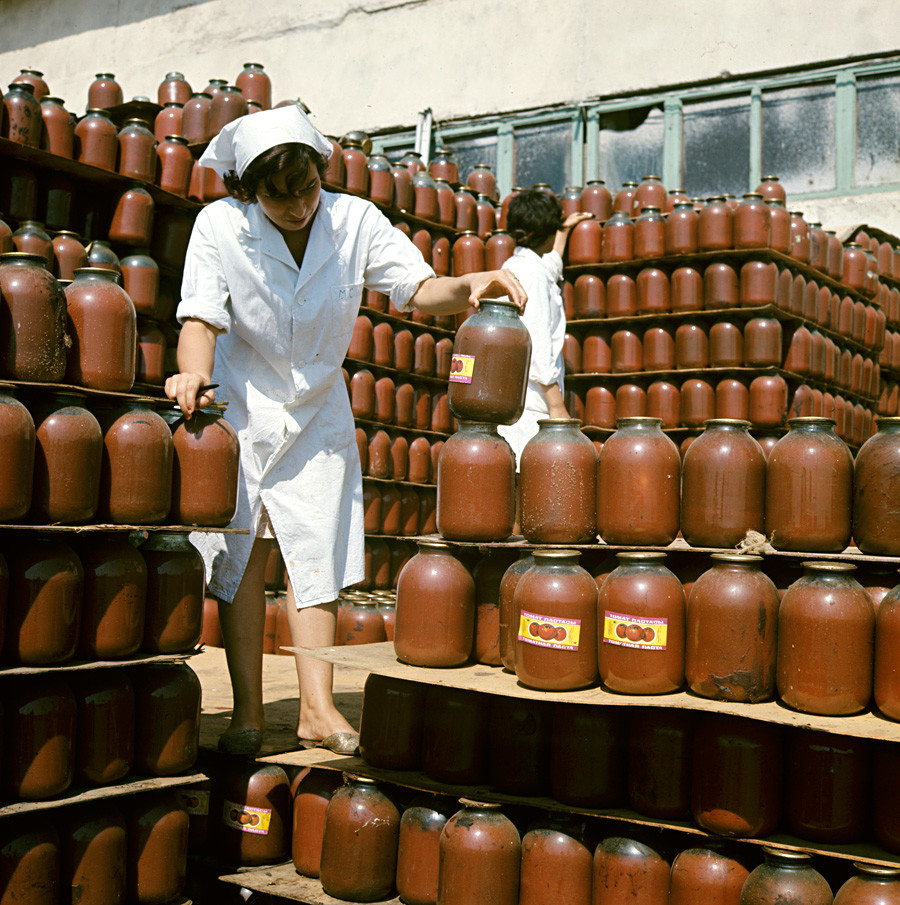 America, Mikoyan was particularly interested in the tradition of drinking orange juice for breakfast. Since oranges didn't grow in the Soviet Union, it was decided to produce tomato juice. At first, Soviet citizens didn't particularly like it, but a major advertising campaign changed that. Tomato juice was soon found in kindergartens, schools, factory canteens, grocery stores restaurants. By the 1960s, the range of juices was already quite wide, including pear, apple plum varieties. Juices were sold in glass jars rather than cartons. And, of course, all the ingredients were natural. 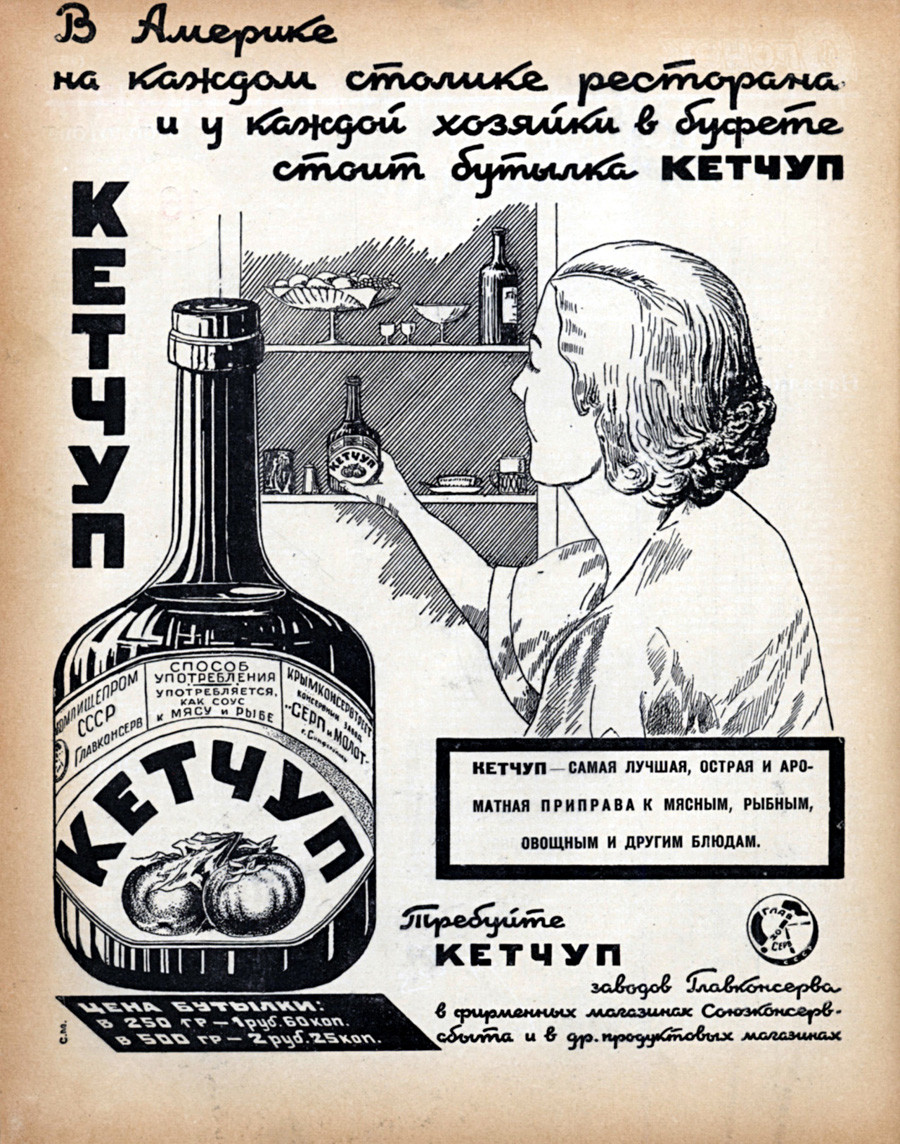 This sauce appeared in the Soviet Union at the end of the 1930s, and it was recommended not just as a sauce to go with meat, but also for making soup. Incidentally, in postwar editions of the Book of Tasty and Healthy Food ketchup was replaced by tomato paste and tomato sauce; ketchup also disappeared from shops. Only in the 1980s did ketchup return to Soviet stores, imported from Bulgaria, Hungary Yugoslavia. 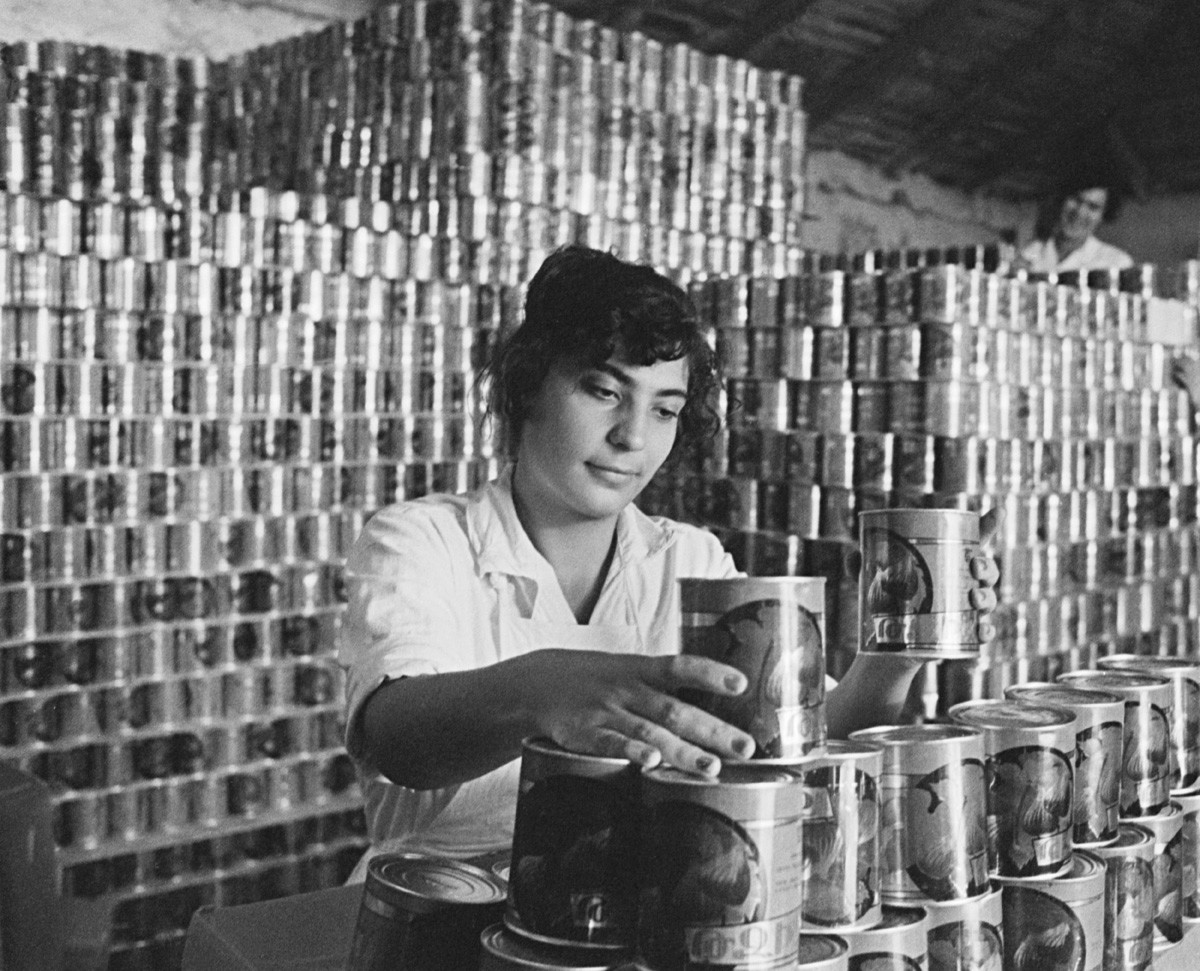 most important equipment brought back by Mikoyan included industrial refrigerators and conveyor belts for the production of canned food, including tinned meat and condensed milk. Canned meat and fish were recommended as a central part of lunch and dinner, and preserved fruit and vegetables were a replacement for seasonal produce in winter. For example, the book suggested cooking frozen burgers with a side dish of canned green and serving them with a salad of tinned crabs with mayonnaise. Instead of broth, which has to be boiled for several hours, the book recommended using concentrate or a powdered soup dissolved in boiling water. 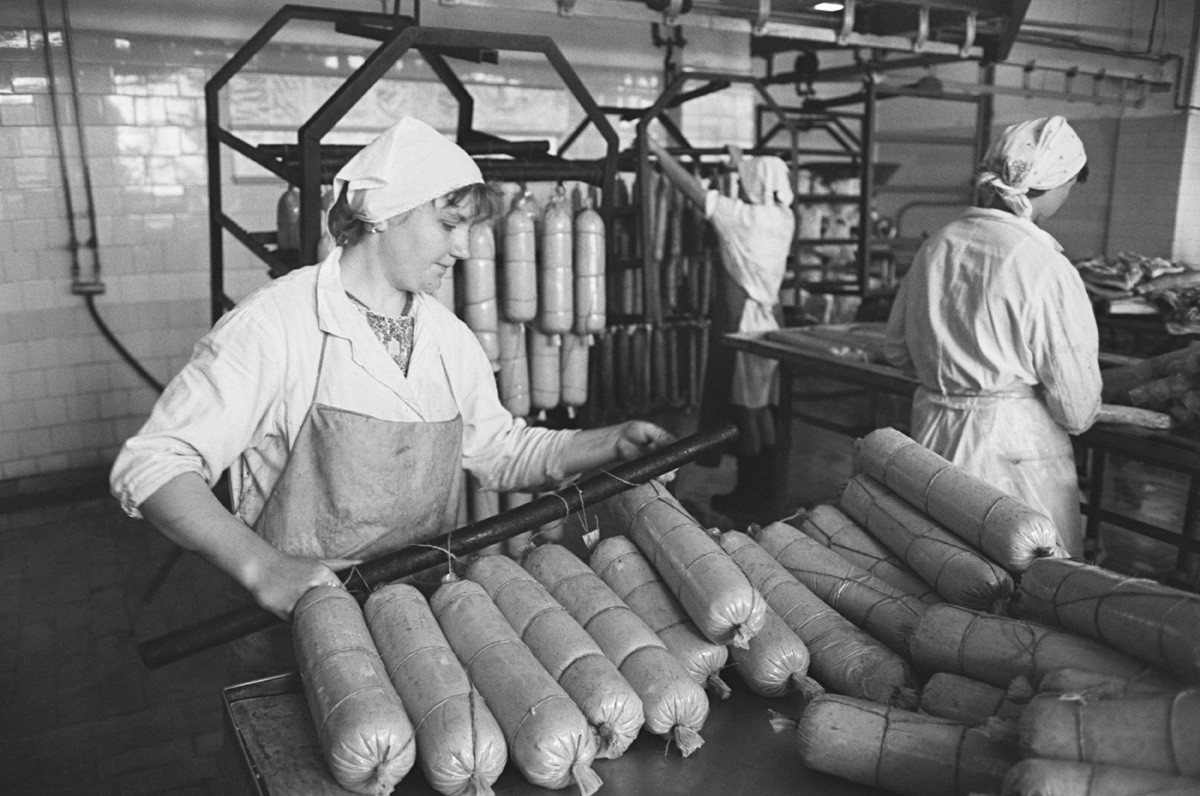 Mikoyan had a look at the technology of mass sausage production at a Chicago meat factory, and in the same year, 1936, the first sausage plant opened in Moscow, which started making sausage that was low in fat and high in protein. All ingredients were natural (just like many prewar food products), and the sausage was even given to patients who suffered malnourishment. This is why it was called "doctor's sausage." 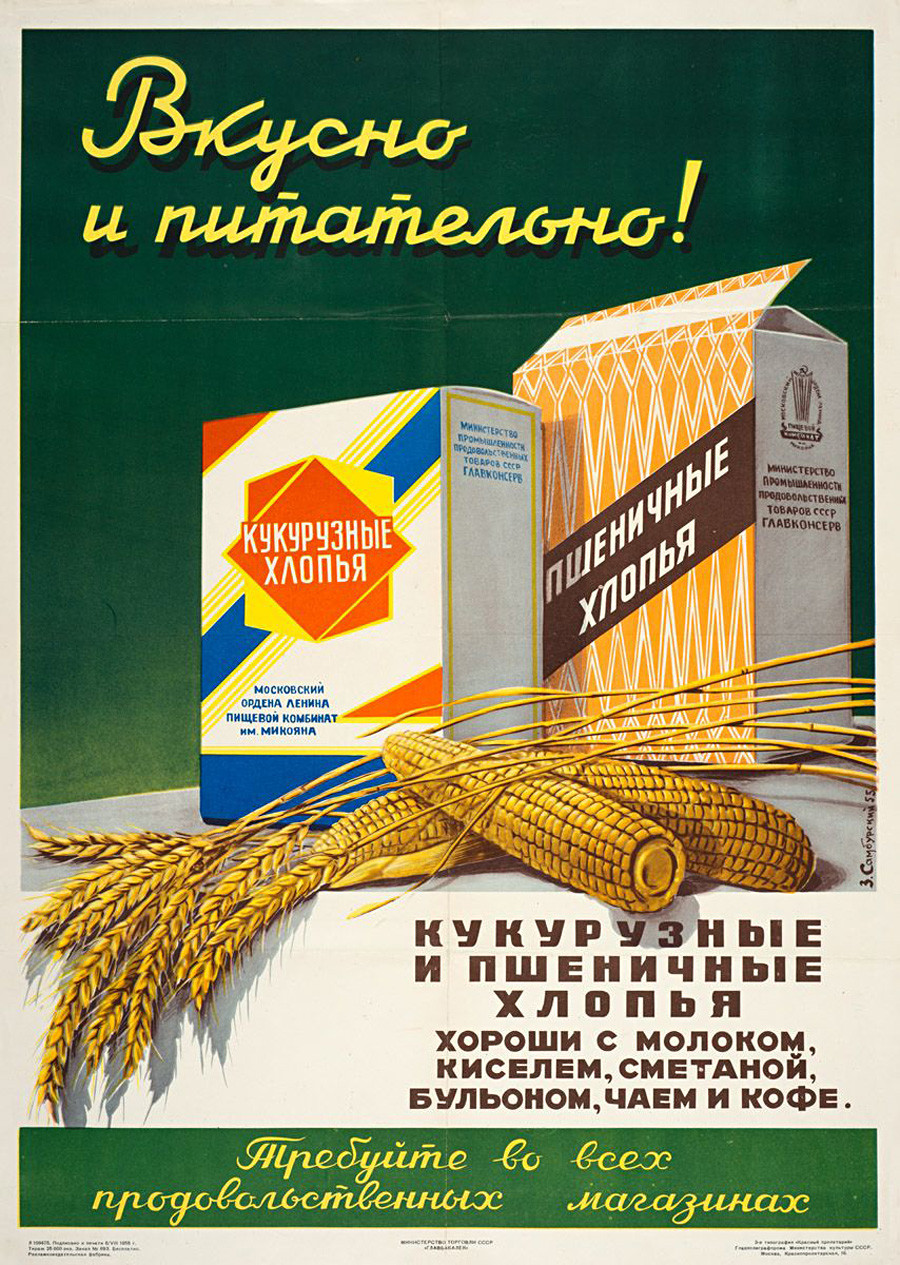 The book's first edition mentions "," which was recommended to be eaten with sour cream, milk or kisel [a traditional Russian drink made from berries or fruit, with starch added for thickening]. This American food product found favor among Soviet citizens, and breakfast cereal production increased each year. In the 1950s, after his visit to the U.S., Soviet leader Nikita Khrushchev tried to designate corn as the country's main agricultural product, and so, puffcorn sticks, cornbread and even corn "sausage" appeared in the shops. In the mid-1960s, however, most of the harvest was lost and the production of these products declined.