What was it like eating out during the Soviet Union? (PHOTOS) 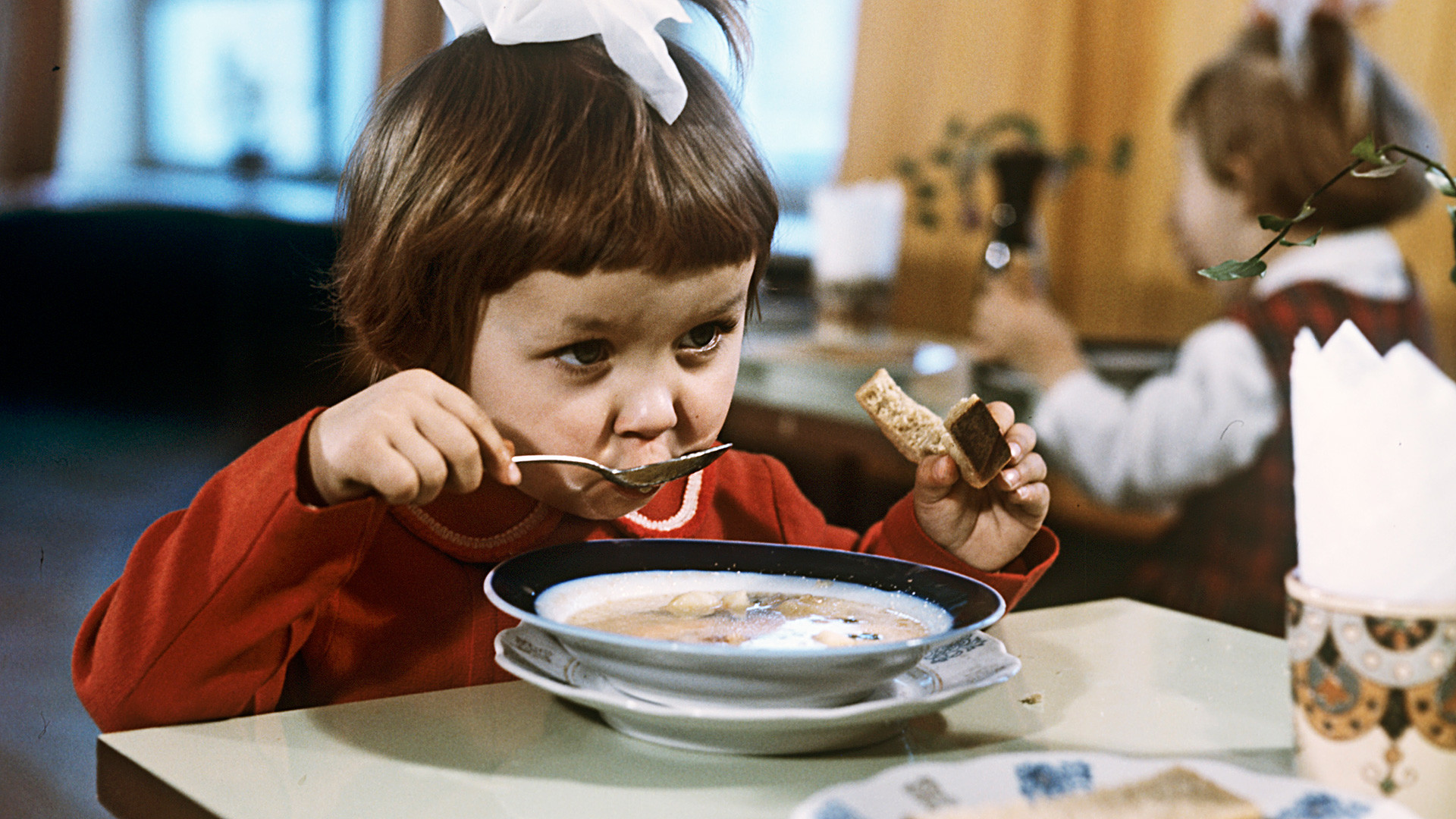 Yuriy Kuydin/Sputnik
The state took full responsibility for providing its citizens with daytime meals – the food was quick, cheap, and kept the engine running.

People ate out in Imperial Russia too, but it was during the Soviet period that public catering turned into an ideology.

1. Before the 1917 Revolution, working townspeople in Russia ate lunch at taverns, small restaurants, inns, and third-rate canteens attached to hotels. These eateries mainly catered for single working men, and their customer reviews were not particularly enthusiastic. Married men tended to go home for lunch, where their wives took care of their meals 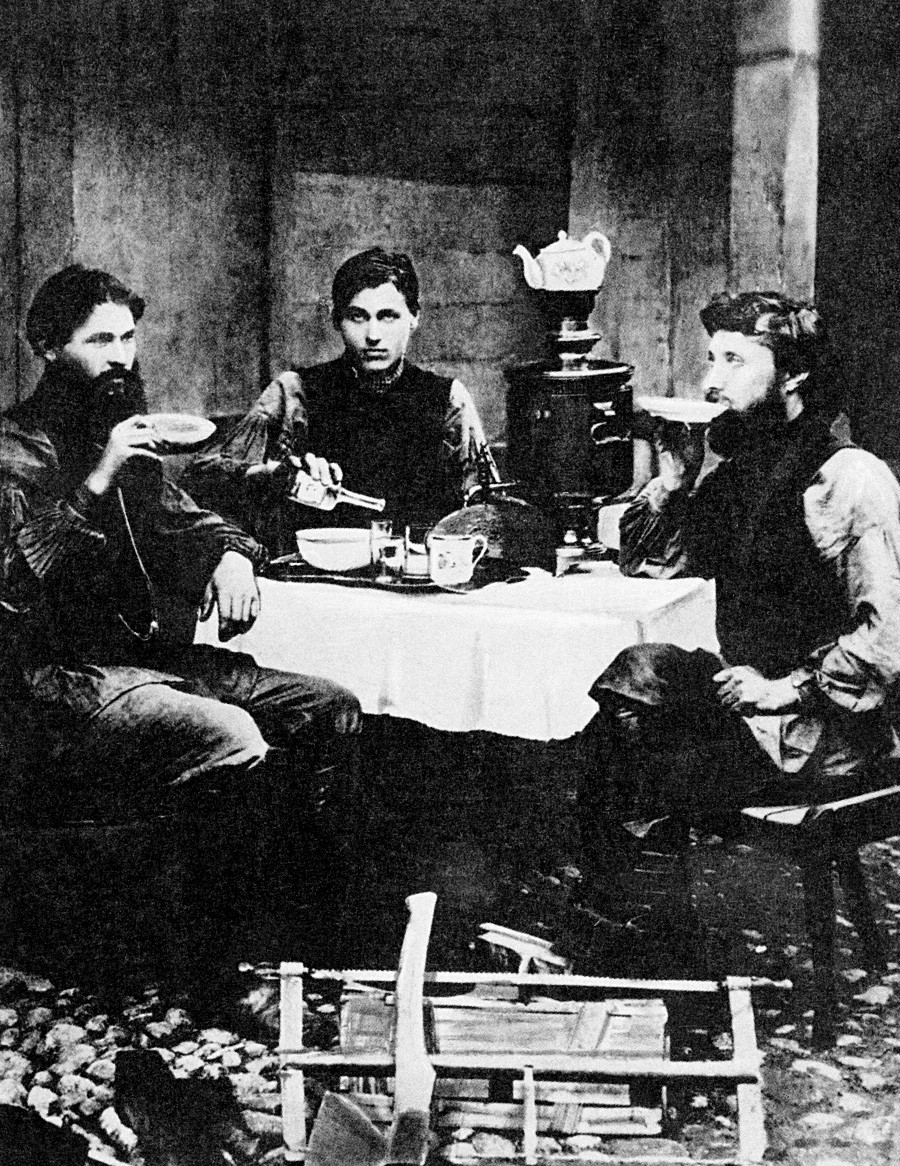 the time, the Russian word stolovaya, which can be translated into English both as a canteen and dining-room, was mostly used to describe the latter. After the Bolshevik revolution, when the state began filling apartments once belonging to the bourgeoisie to the brim with mostly working class occupants, dining rooms were converted into bedrooms out of necessity. At the same time, plants and factories created large canteens where workers took their meals.

2. The idea of organized collective dining very well with the ideology of the young Soviet state: a kitchen of one's own was considered a relic of the past, a woman should be freed from “kitchen slavery” and given freedom and work, on a par with a man. Kitchens were turned into workshops and outsourced. Thus, the socialist revolution was followed by a lifestyle revolution. 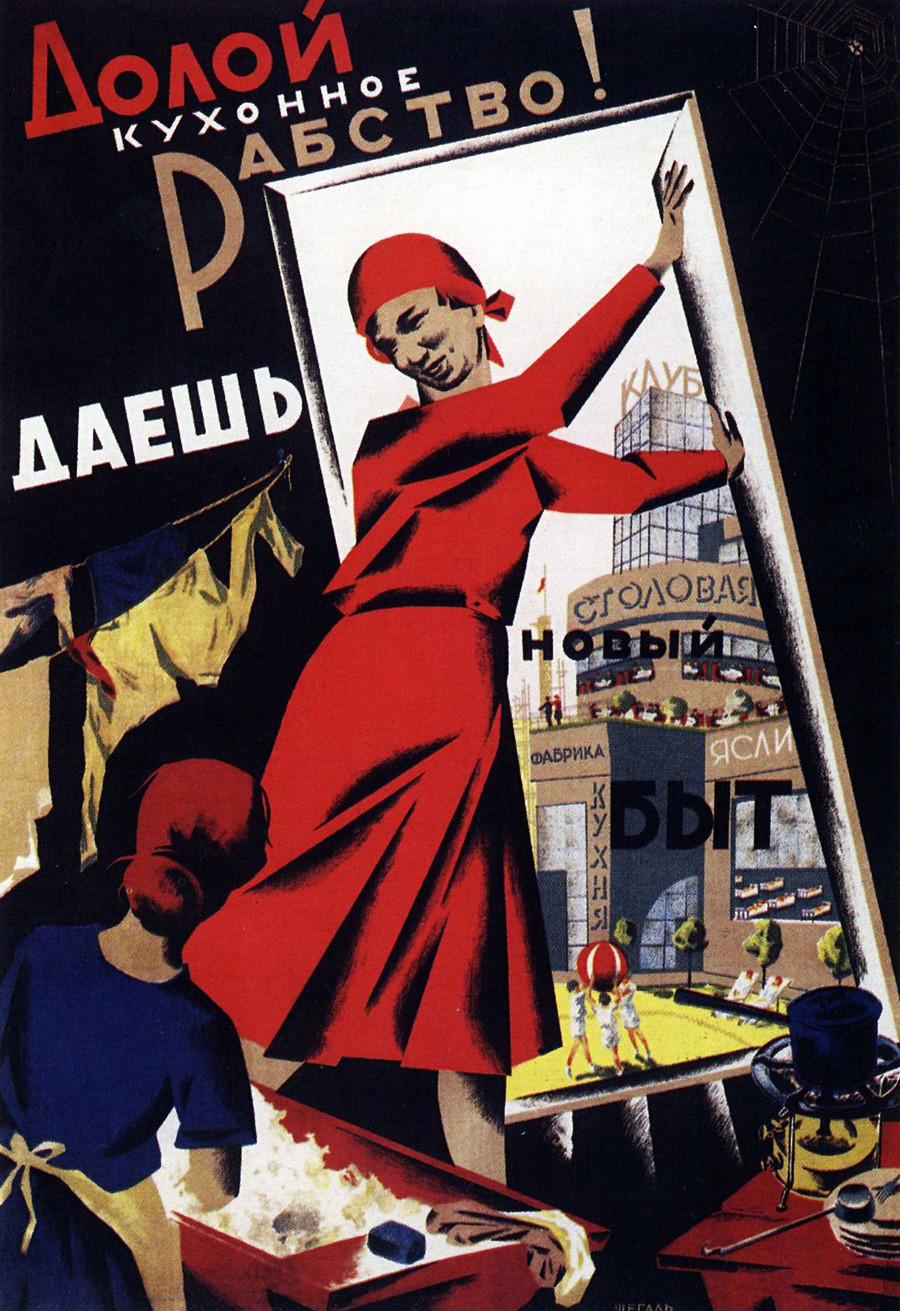 A poster says: "No kitchen slavery!"

3. The new country was enthused by the idea of universal brotherhood and labor communes. Flats became communal and shared by several families, who cooked their meals in a communal kitchen and then dined in their rooms. The idea was that canteen food should cost no more than home cooking – so women would longer have to spend time slaving away in the kitchen and instead work for the state. 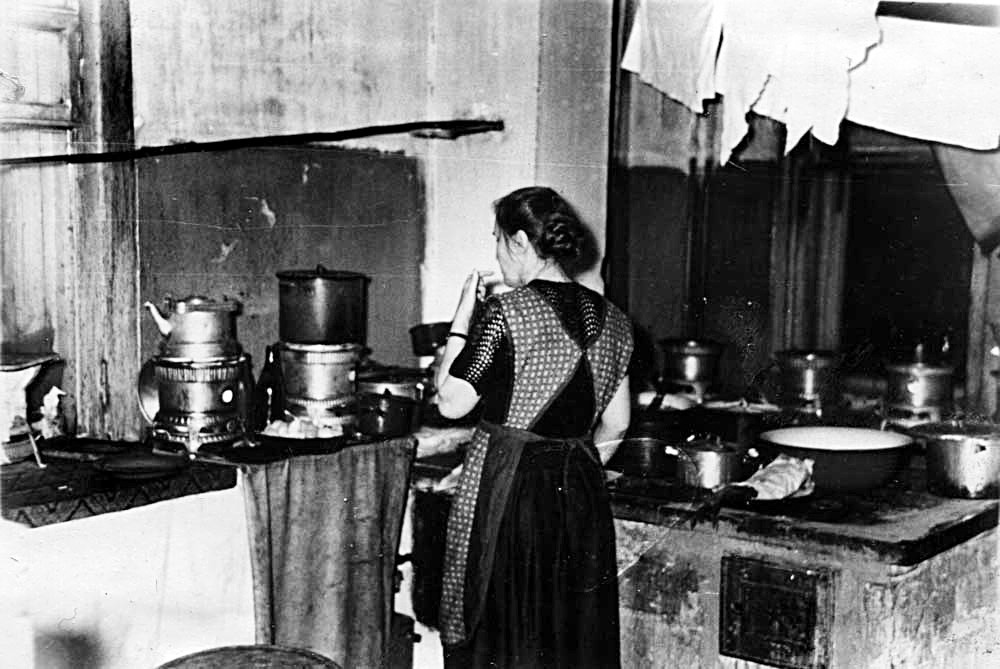 4. During its very first years, the Soviet Union undertook a radical restructuring of how people's everyday lives were organized. The first canteens opened at factories in Petrograd (today's St. Petersburg) and Moscow, and then in other major cities across the country. 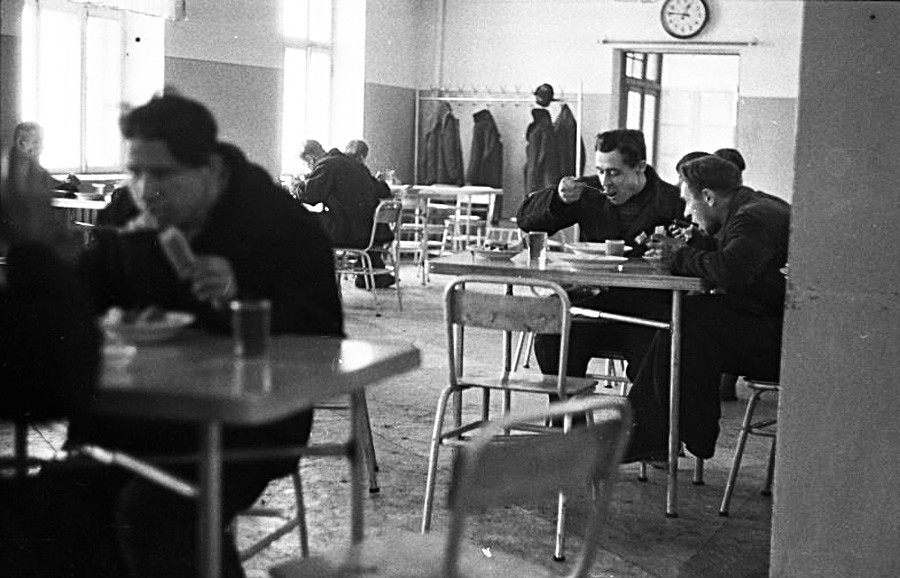 5. In 1925, in the city of Ivanovo (320 km east of Moscow), the first “kitchen factory” was set up. It prepared meals for factory canteens and made ready-to-cook food that could then be cooked at home. It also served cheap and filling lunches. In addition, it had space where customers could read newspapers and magazines, play chess, or chat with friends. The biggest kitchen factories produced thousands of meals per day, and the quality of food was strictly monitored. Some kitchen factories have survived till day: in they can be found on Leningradsky Avenue, Bolshaya Tulskaya, and Novozavodskaya Street. 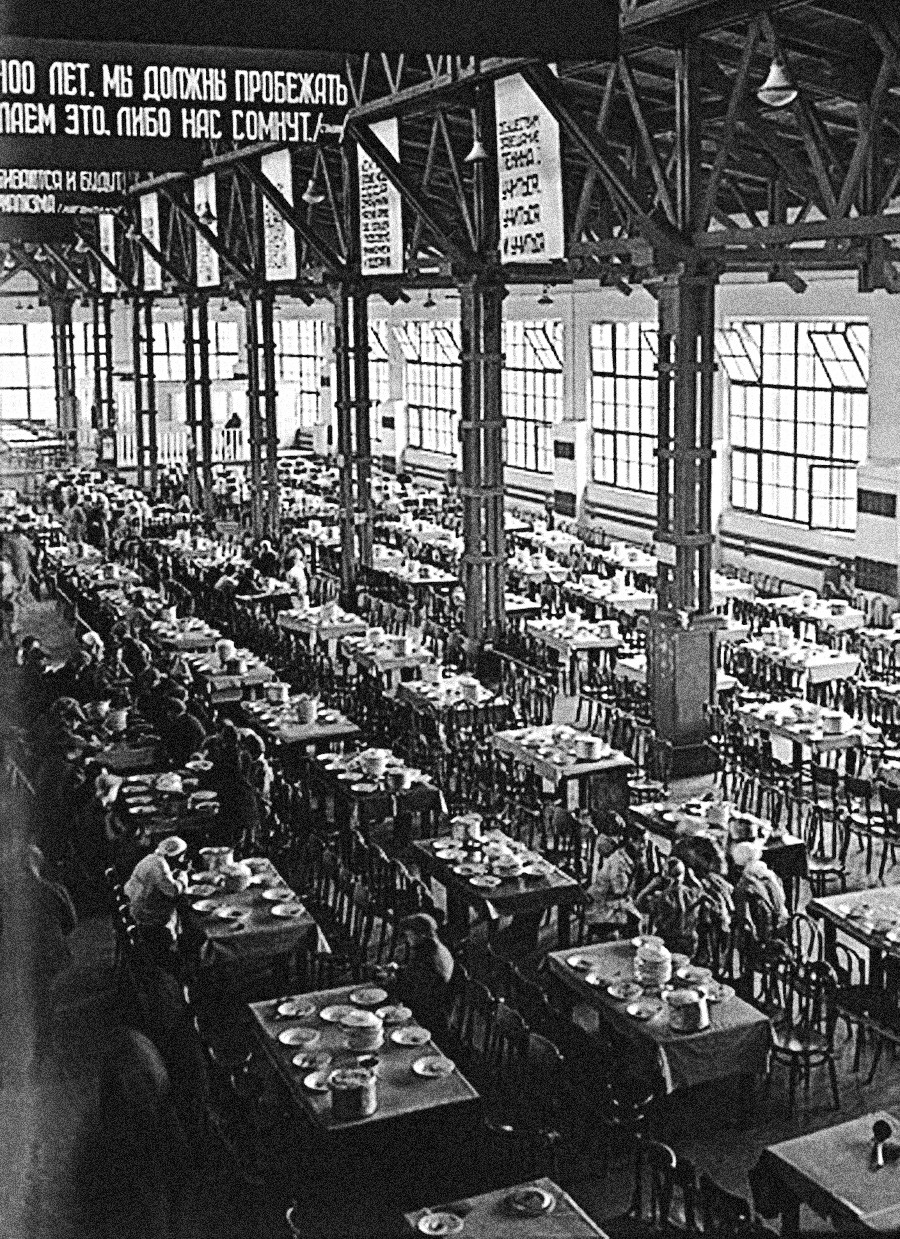 6. Schools were also decked out with canteens that served hot meals. Parents no longer had to think about how to feed their children while they were at work – it was also good for kids to eat together. In tsarist only the poorest students were exempt from paying for meals, while Soviet school canteens offered free meals for all pupils. 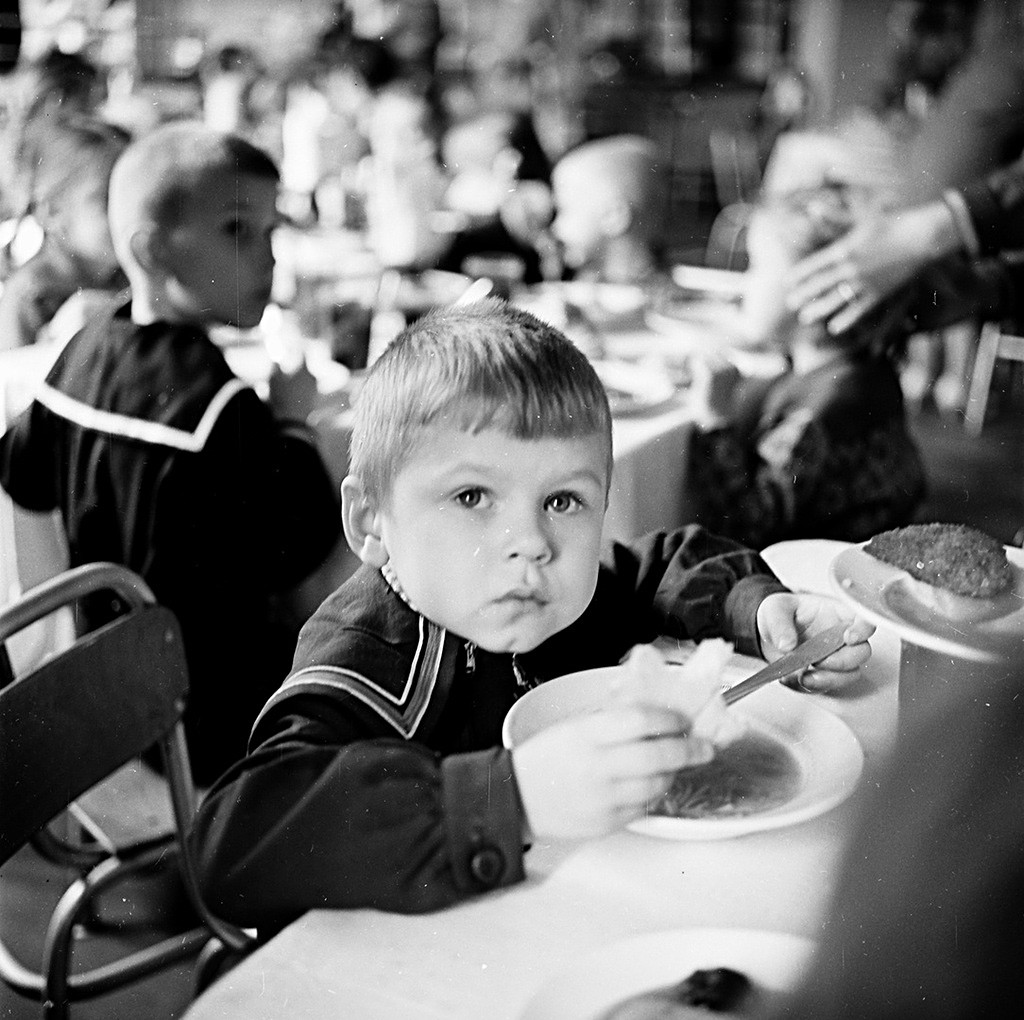 7. Canteen lunches were not always tasty but were always nourishing so that Soviet people had the strength and energy to work. In the USSR, the word diet was always associated with clinical nutrition: in those times, no-one wanted to lose weight, everyone ate their fill unless they had some medical condition. 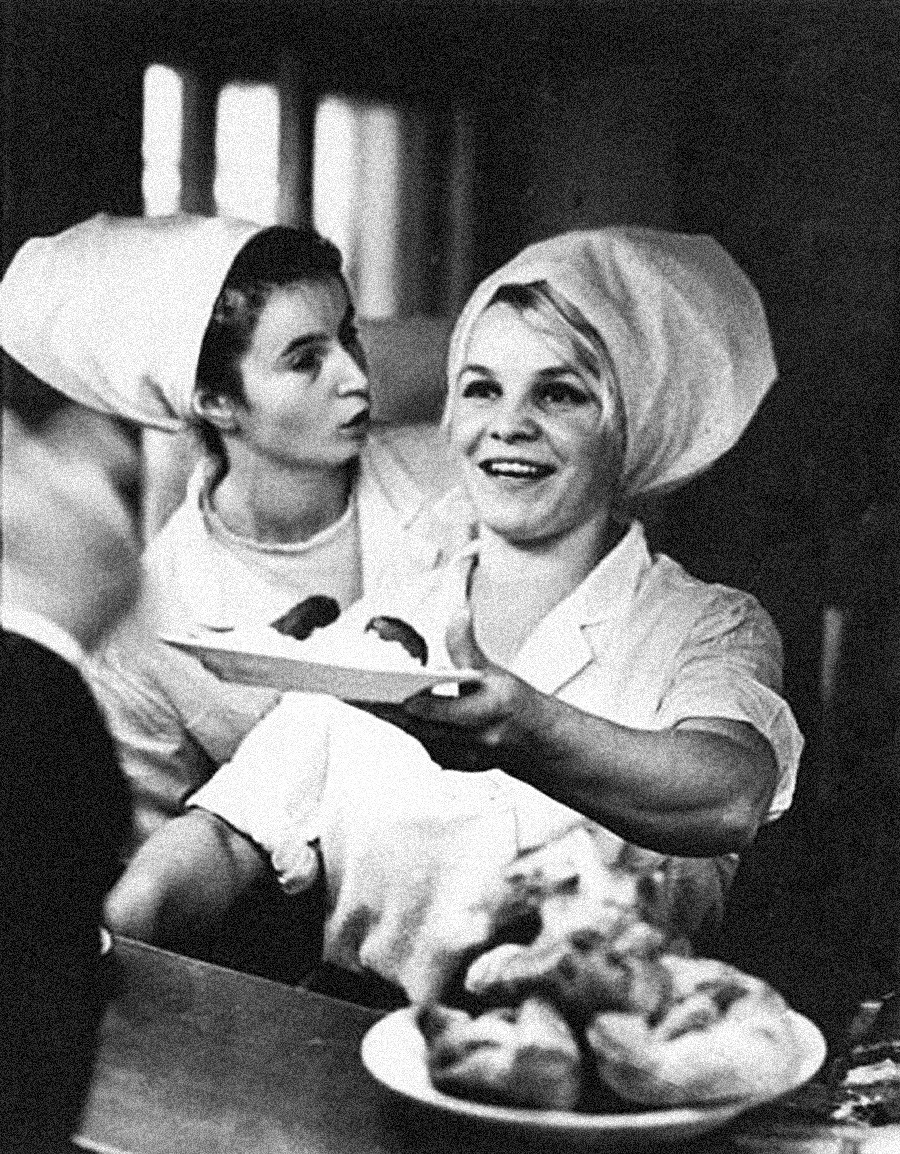 At the same time, canteens helped solve the problem of food shortages: for example, cutlets usually had a lot of bread added to the minced meat (a tradition that still survives), while vegetable salads had a lot of rich mayonnaise in them to boost calories.

Those who could get a job at the canteen of a large enterprise were considered extremely lucky since they often managed to take some food home. In the 1930s “fish day” became a thing –  on canteens only served fish dishes. 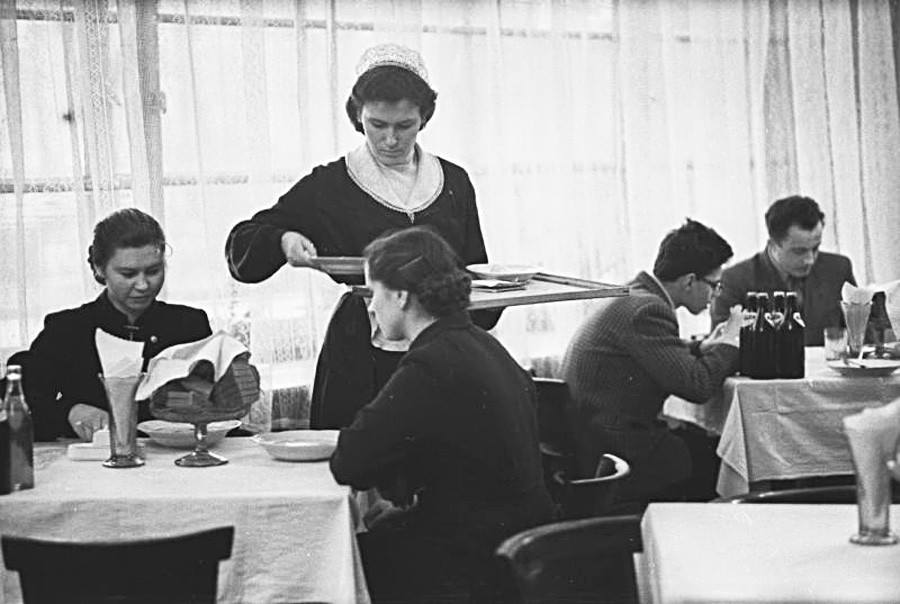 8. In the 1960s, Soviet canteens started offering so-called “set lunches” consisting of a salad, soup, main course, and drink (kissel or , a dried fruits drink). The set usually included a free slice of bread or a bun. The set lunch menu was different for each day of the week. Some of the most popular items on canteen menus included cottage cheese pudding, fluffy , and  (a cottage cheese pastry) – though they were never included in set lunches. 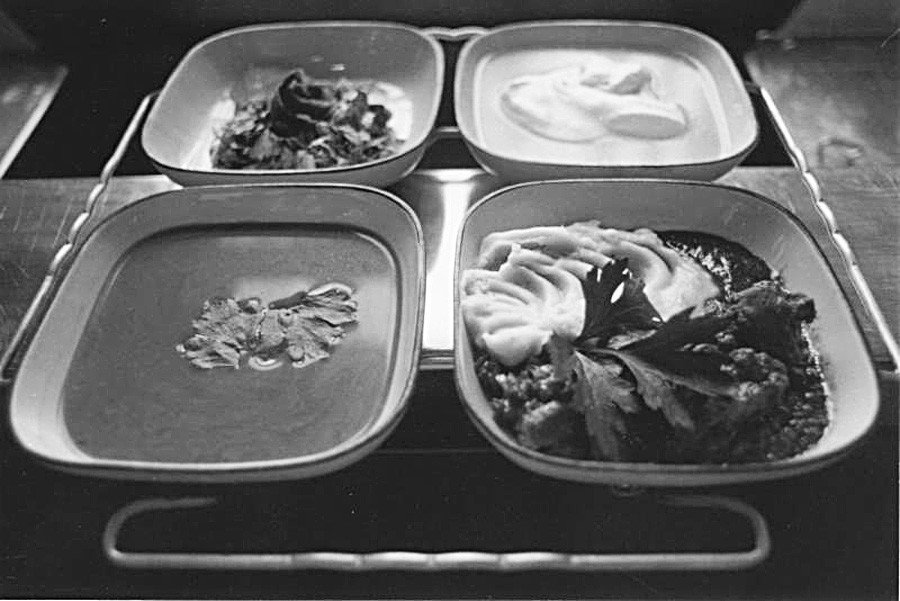 9. Meals served at school, university, and factory canteens were approximately the same. Everything was cooked according to state standards (GOST), to ensure all dishes in any canteen in any Soviet city (although in practice, of course, that was not the case) were the same. Not everyone liked eating at canteens, complaining that the food was boring and of low quality, but there were not that many other places serving quick, cheap lunches. For university students, who were always short of cash, a canteen was a place where they could always get some free pieces of bread sprinkled with sugar or salt. 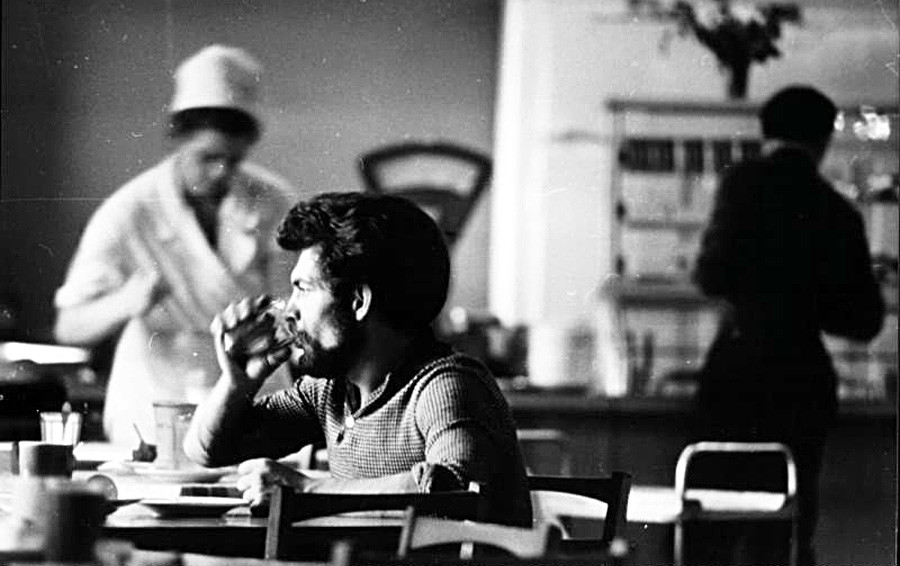 10. Fast-food restaurants only appeared in Russia during the final years of the Soviet Union: the first McDonalds opened in Moscow in 1990 and was a sensation: people would spend several hours in a queue just to try a hamburger. 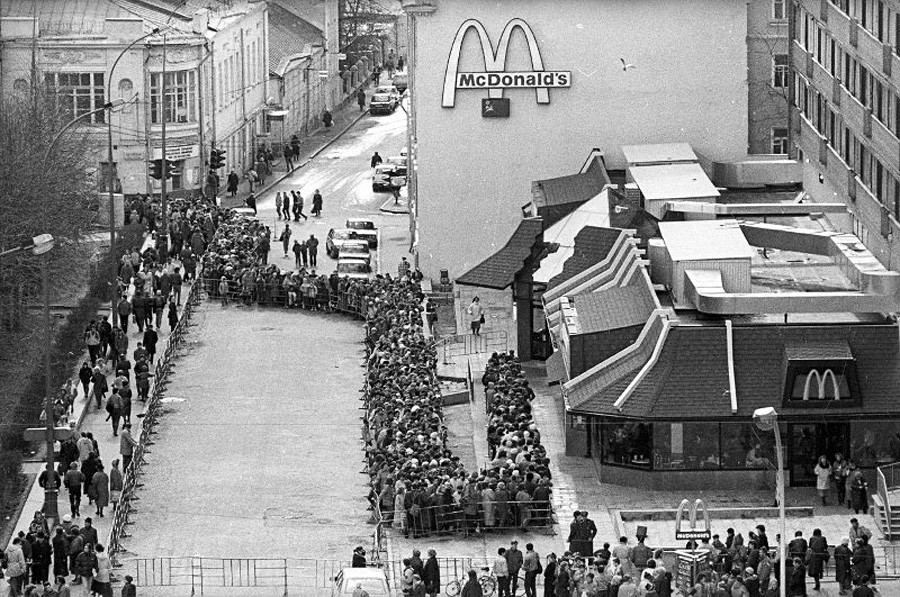